Salami has been a popular food for centuries. These cured meats have a bold and smoky flavor. If you love meats you should know salami and its varieties. 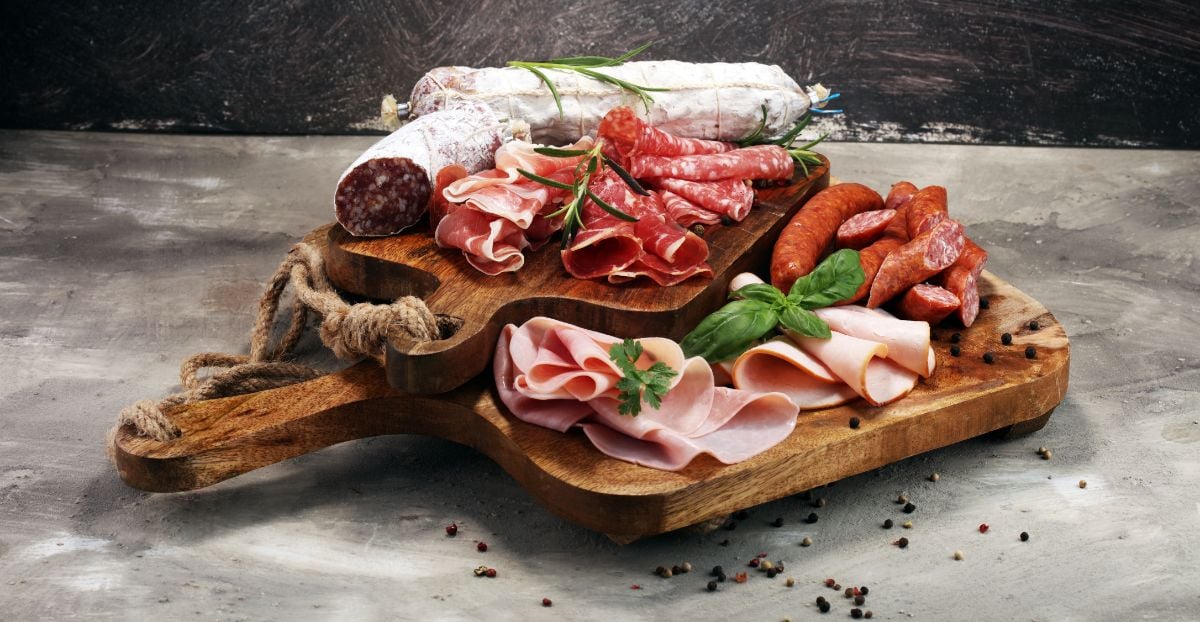 Salami has been a popular food for centuries. It has been derived from an Italian word, salume. This word means salted meat. This is a general term for groups of cured meats and cold cuts, typically food made with pork fat and pork meat.

There are three main parts to determine the main types of salami apart from each other. This includes the ingredients, the way the meat is cut, and how it is prepared. The curing process includes fermentation which means the meat sits and accumulates good bacteria.

This destroys and limits the growth of harmful bacteria. This process also includes drying the meat until it loses about 30 percent of its hydration. Finally, drying and curing will lock the flavor and aroma of the meat.

There are various types of salami on the market. The one you prefer depends on your personal preferences. 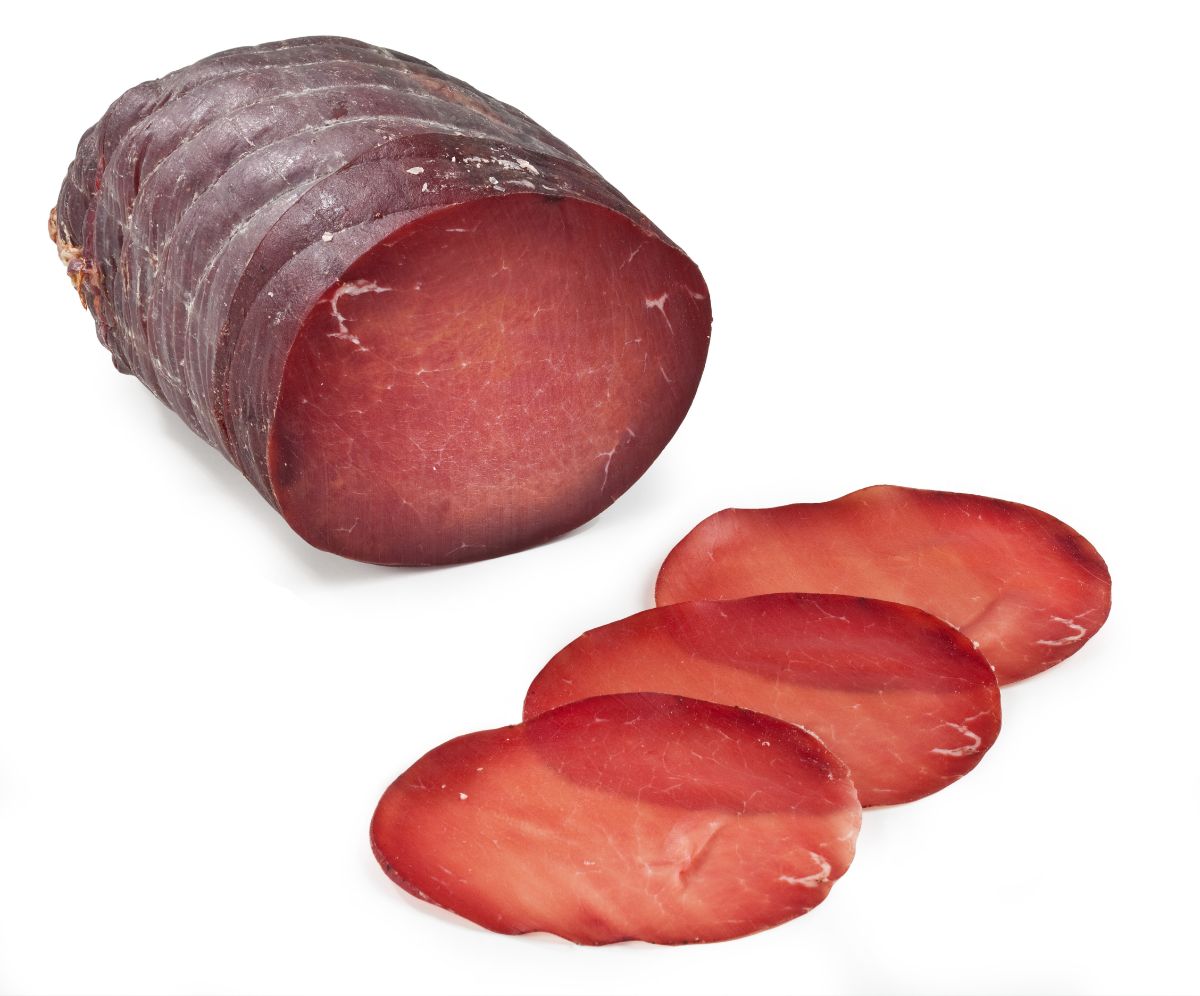 Bresaola is a salami that is made from beef instead of pork, which is typical of salami. The cut of meat is red and lean. It has been cured with salt and pepper. Bresaola hangs and dries over several months, at least six months.

Sometimes, it is smoked lightly to help it mature faster. When it air dries, penicillium, a mold, flourishes on top of it. As a result, it has a deep and hearty flavor. You may find it as part of an antipasto or mixed into lasagna.

Cacciatore Salami is semi-dried and made with pork shoulder. This salami is cured for 18 months before it has minimal spices like garlic, black pepper, and salt mixed in. After this, it is left for two more months before it is eaten.

It has an earthy and smoky taste with a moist texture. It is great for summer salad or pasta. It mixes well with fruit and vegetables. It has been called hunter’s style salami because hunters prefer it as a hearty snack. This salami is great with crusty bread and parmigiano-reggiano cheese. 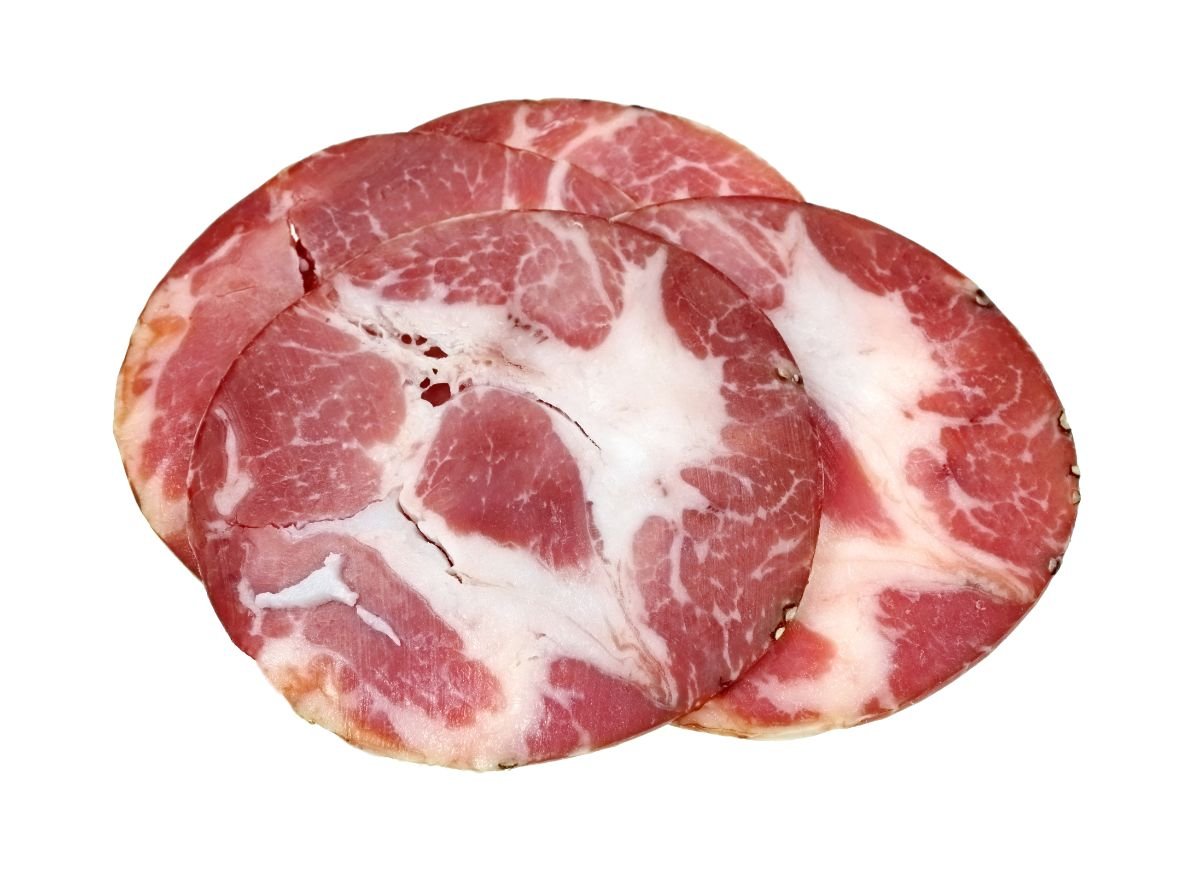 This salami is also called capicola or coppa. It has fatty marbling and is vivid red in color. This type of salami comes from the back of the neck and top shoulder of the pig.

Capocollo salami is dry-aged for a month. Various seasonings are used for this salami. They include coriander seeds, wine, salt, and chili. The region typically dictates the type of seasoning it gets.

In Parma, you will find salt is the most used seasoning. In Piacenza, cinnamon, cloves, nutmeg are used. This salami has a sweeter flavor and soft texture when it has more fat. Leaner cuts of this salami are dry, savory, and firm. You will usually see it as an appetizer, mixed with pasta, or in an omelet. 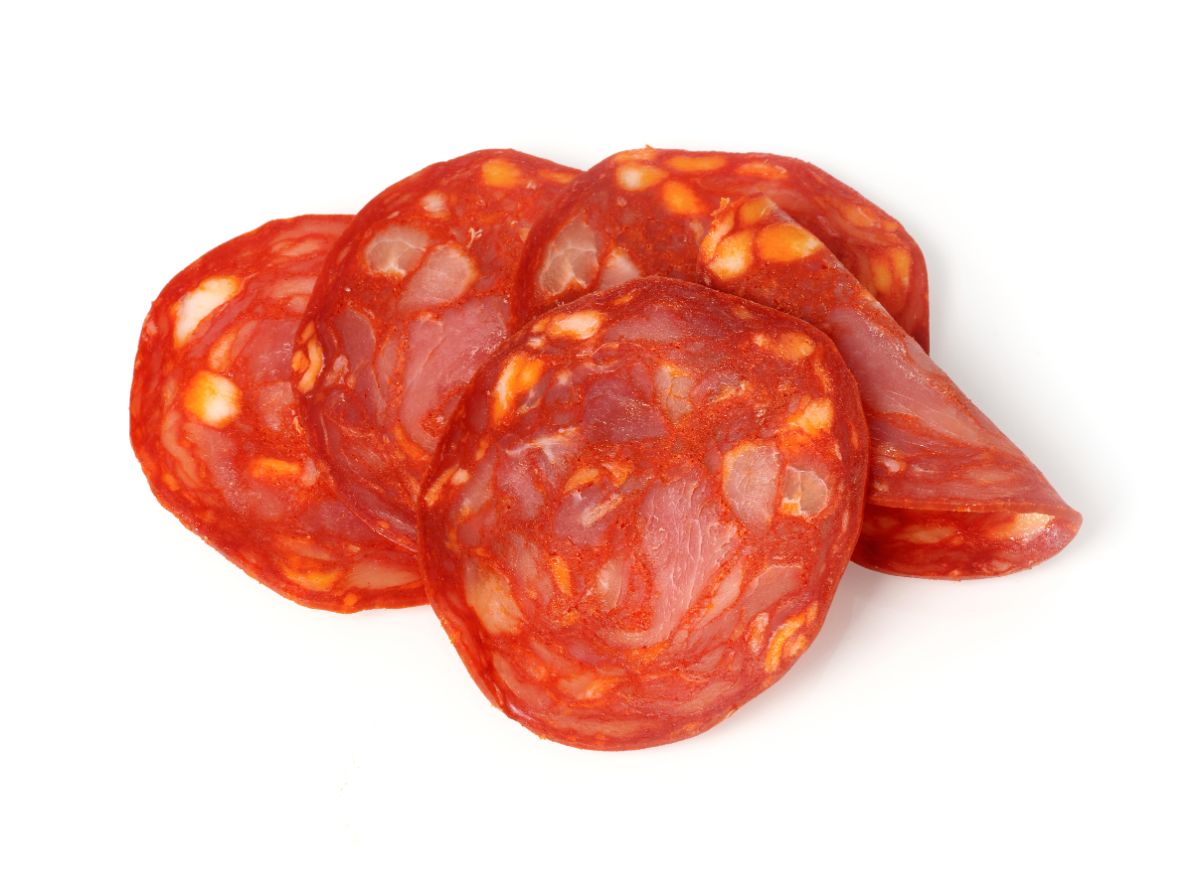 Chorizo is a spicy sausage that is made of pork. It has smoked paprika, black pepper, cumin, and garlic as seasonings. It is among the moistest salami options you can find. It originated in Spain but can be found all around the world.

You will find it as an appetizer or in paella. There is a Mexican version of chorizo, which is sold uncooked and fresh. Spanish chorizo is sold cured. This is a spicy salami and can be an alternative to pepperoni.

Cotto is typically made of a pork and beef mixture that is finely ground. It is seasoned with salt, pepper, and sugar. It is air-dried, not cooked or smoked. This type of salami originated in Italy and is a softer type of salami. It will not stay fresh as long because of its soft texture. 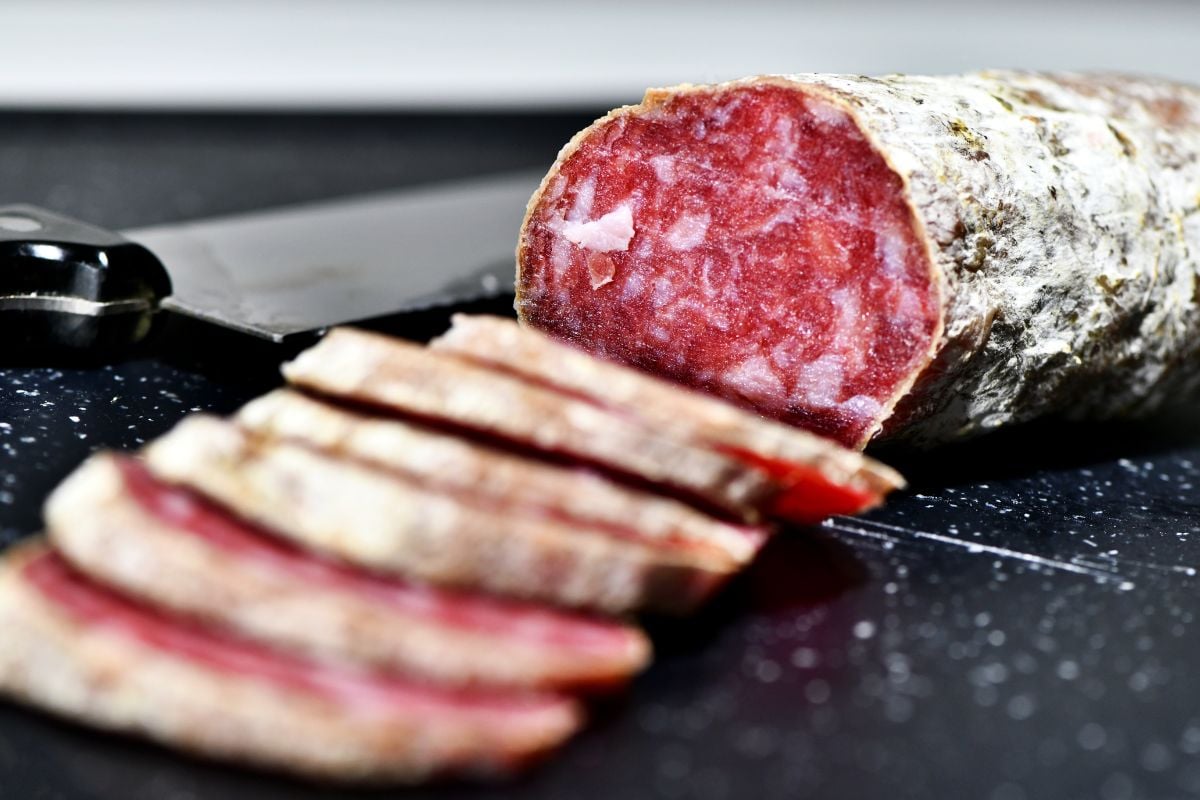 Felino salami originated in Felino, a town in Italy. It is referred to as the king of salami. It is a pork salami that contains cane sugar, Chianti red wine, garlic, salt, and spices. It has a rich taste, nice flavor, and smooth texture. It has a large amount of red wine and crushed black pepper, but you cannot taste it. It has a slow and long aging process that gives it an intense sweetness. It is bright red in color. 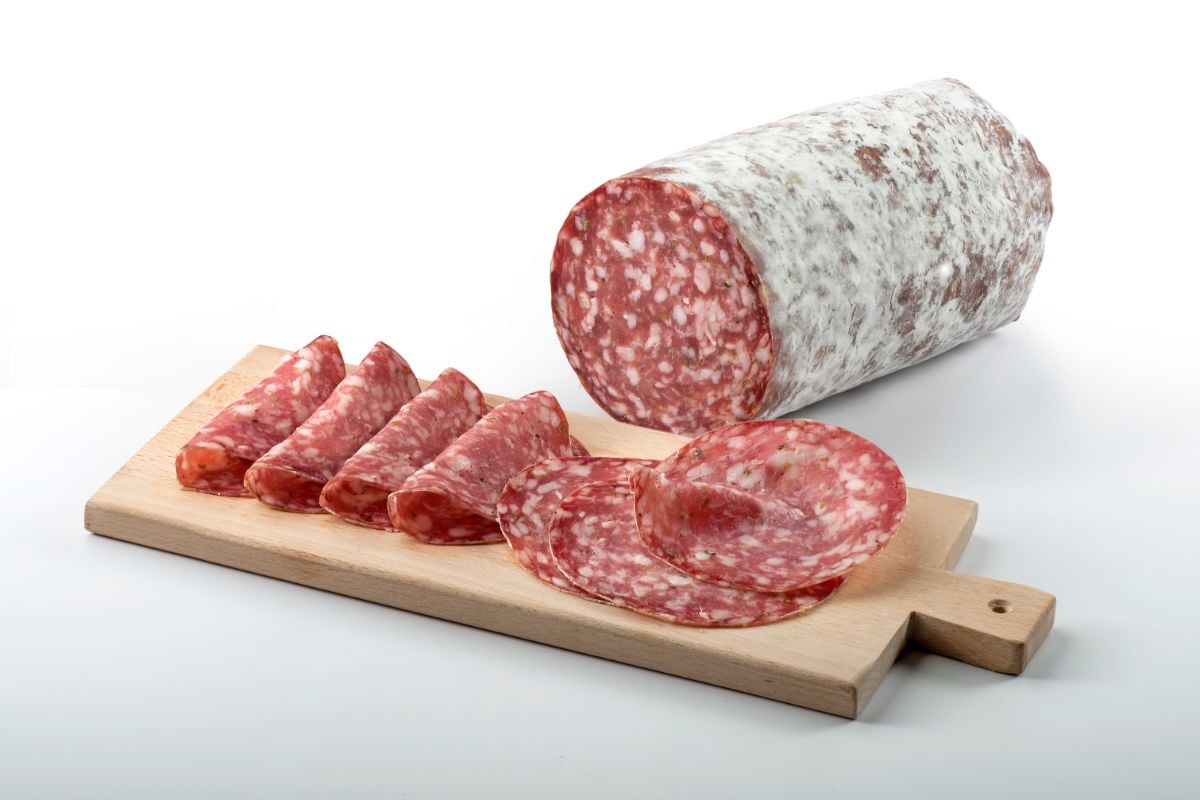 Finocchiona salami is a classic Tuscan style that is made of ground pork and seasonings. It typically only contains fennel seeds. There is a story about its creation. It says a man stole fresh salami and buried it in a fennel field. When he came back a few days later, the salami had absorbed the fennel, and that is how it came to be. 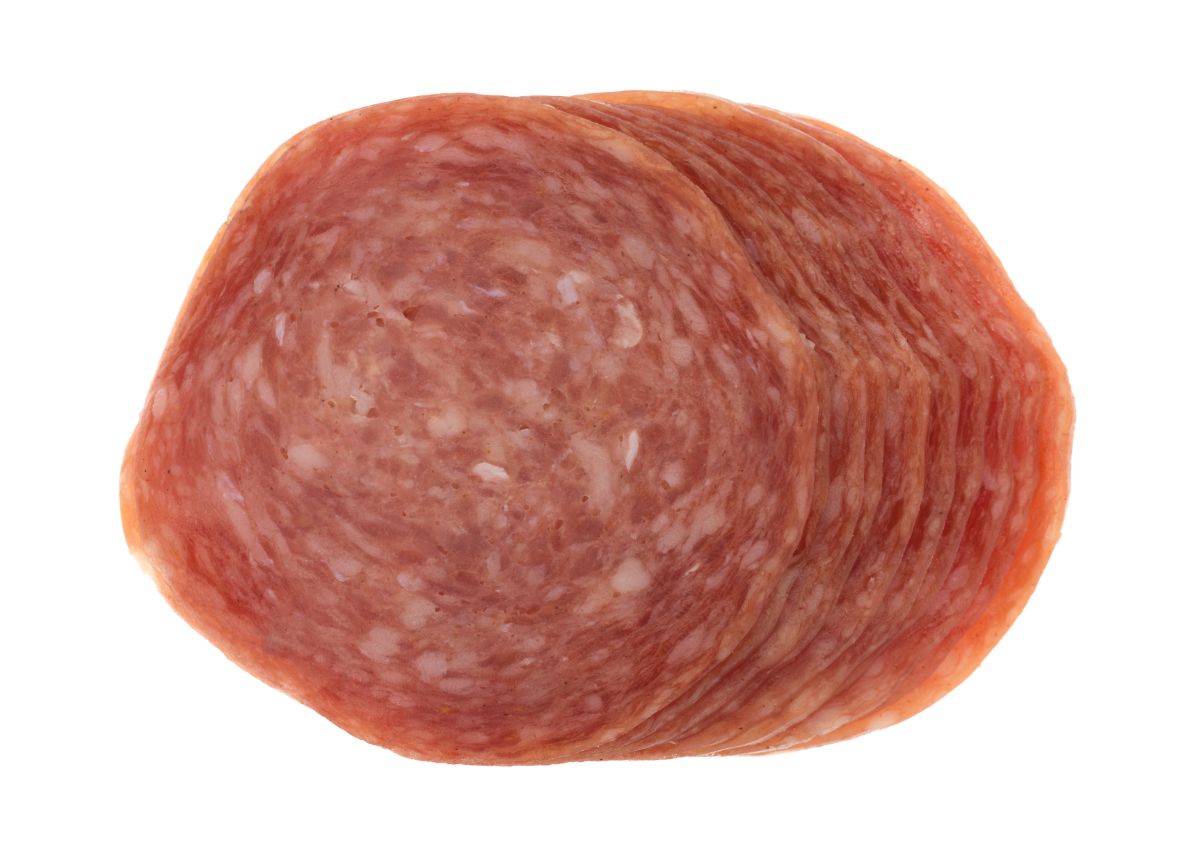 Genoa salami is flavored with red wine and garlic and is typically made from pork. However, you can find it made from beef or veal. It has a bright, acidic flavor with a soft texture. It originated in Genoa, Italy, but it can come from the United States. It is usually served thinly sliced or chopped into bite-size pieces and found on charcuterie boards. 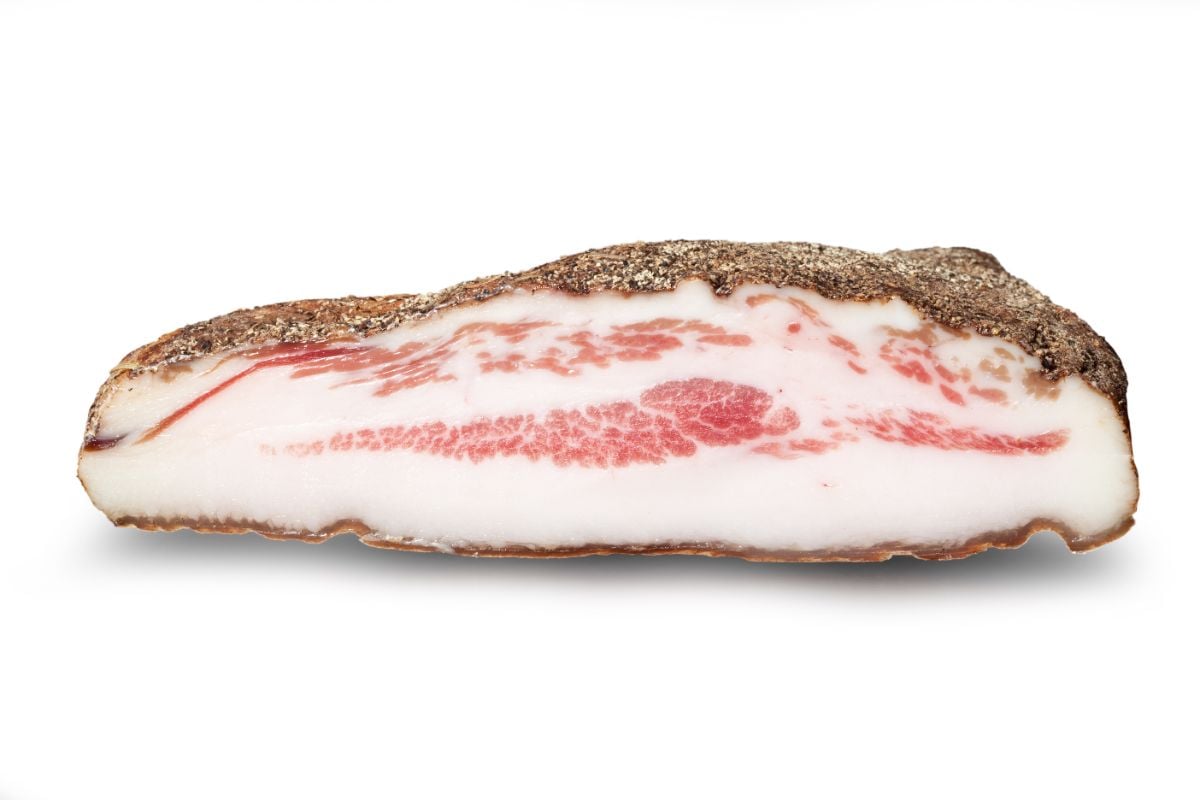 Guanciale is similar to pancetta but is made from the jowls of a pig. It is cured with bay leaves, juniper, salt, and pepper. It has a large amount of fat. It is often rendered to be the base of sauces, like carbonara. This meat tastes must better cooked than it does raw. 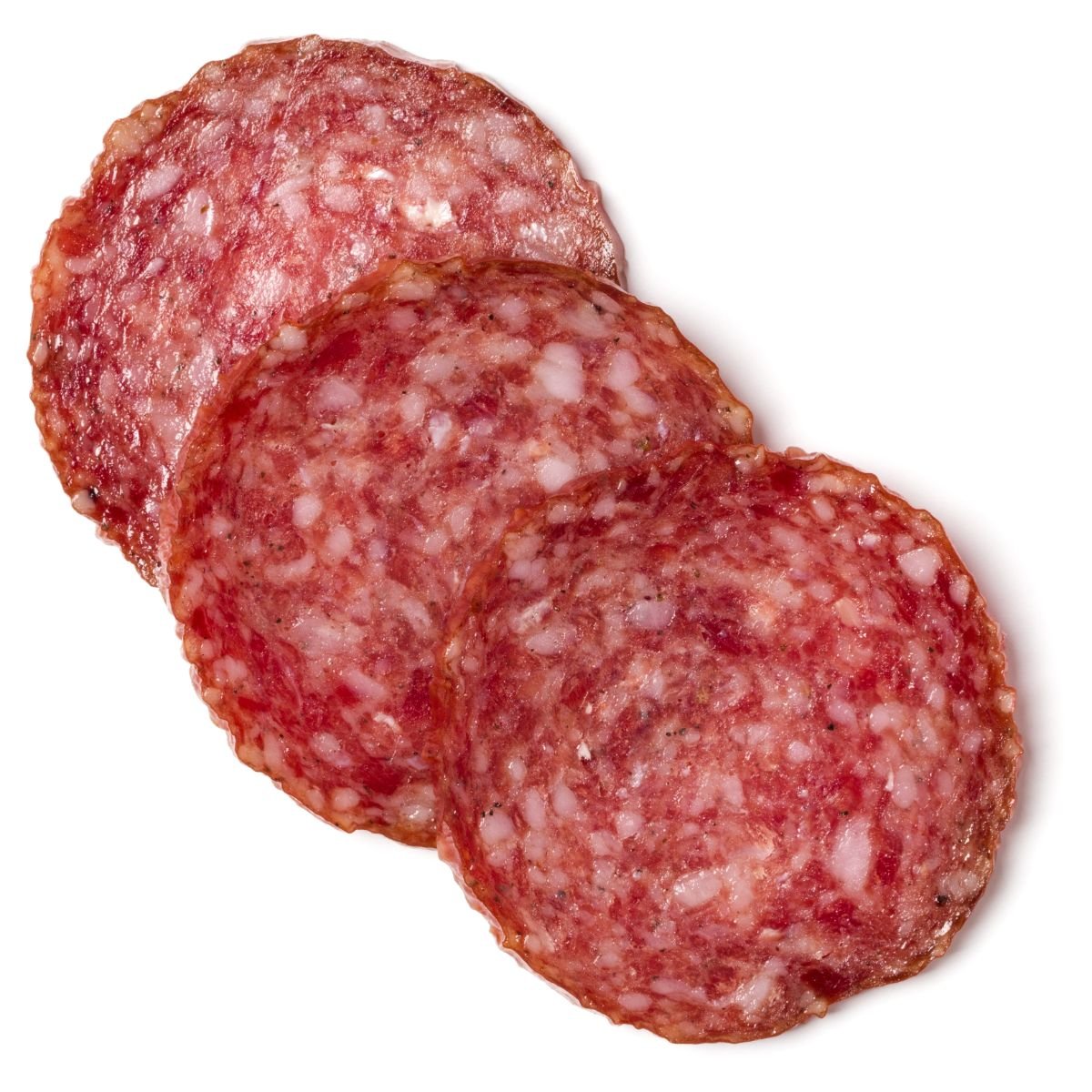 Hard salami is often found in eastern or central Europe, with origins in Germany. It is made from pork or a combination of pork and beef. It is cured and then smoked to give it a mild flavor and dry, firm texture.

It looks marbled, similar to Genoa salami. It is a little firmer and not as moist. It can be difficult to chew. This salami does not contain any wine. It can be eaten right away, and the taste decreases over time and when not stored properly. 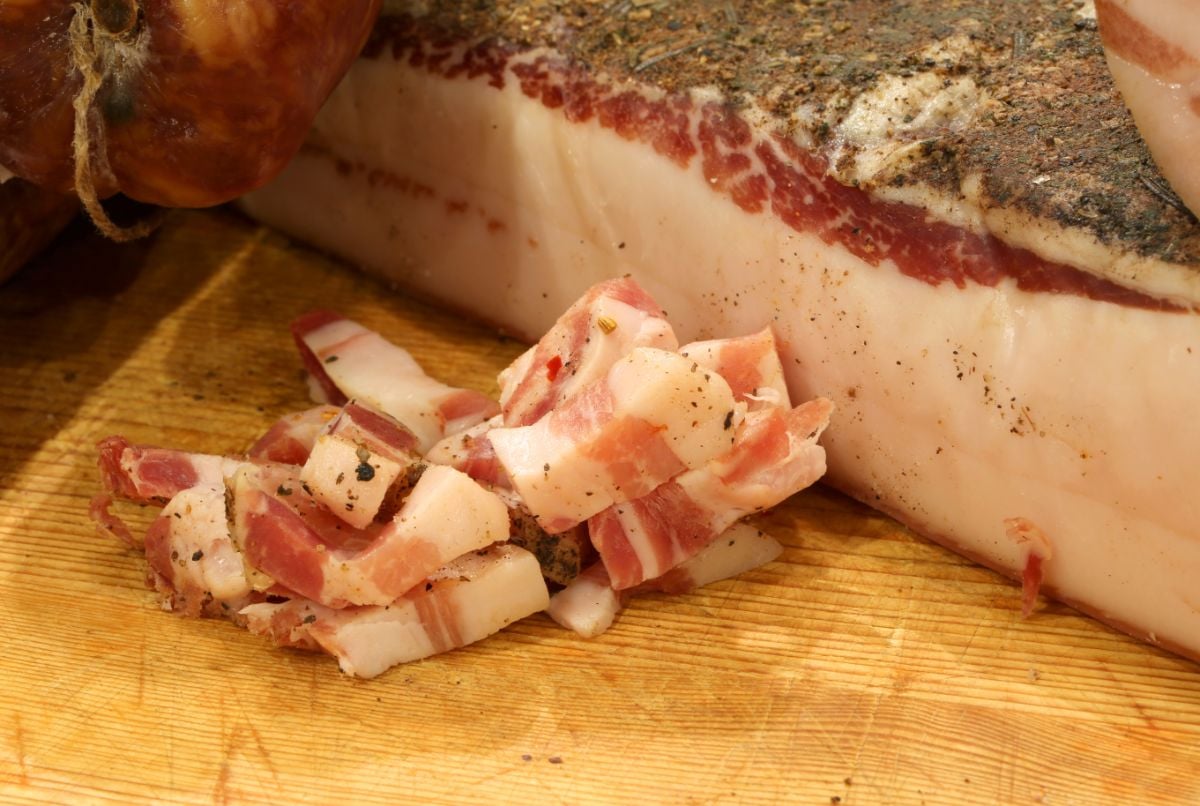 Lardo means lard in Italian. This salami is typically used for cooking but can be eaten without cooking. It has a large amount of spice and is made from cured back fat.

It has a buttery taste with a tang that is reminiscent of barbecue sauce. Lardo is creamy and soft. It was considered an Italian delicacy at one point. It takes Lardo about six months for it to cure. It is often served with bread as an appetizer. 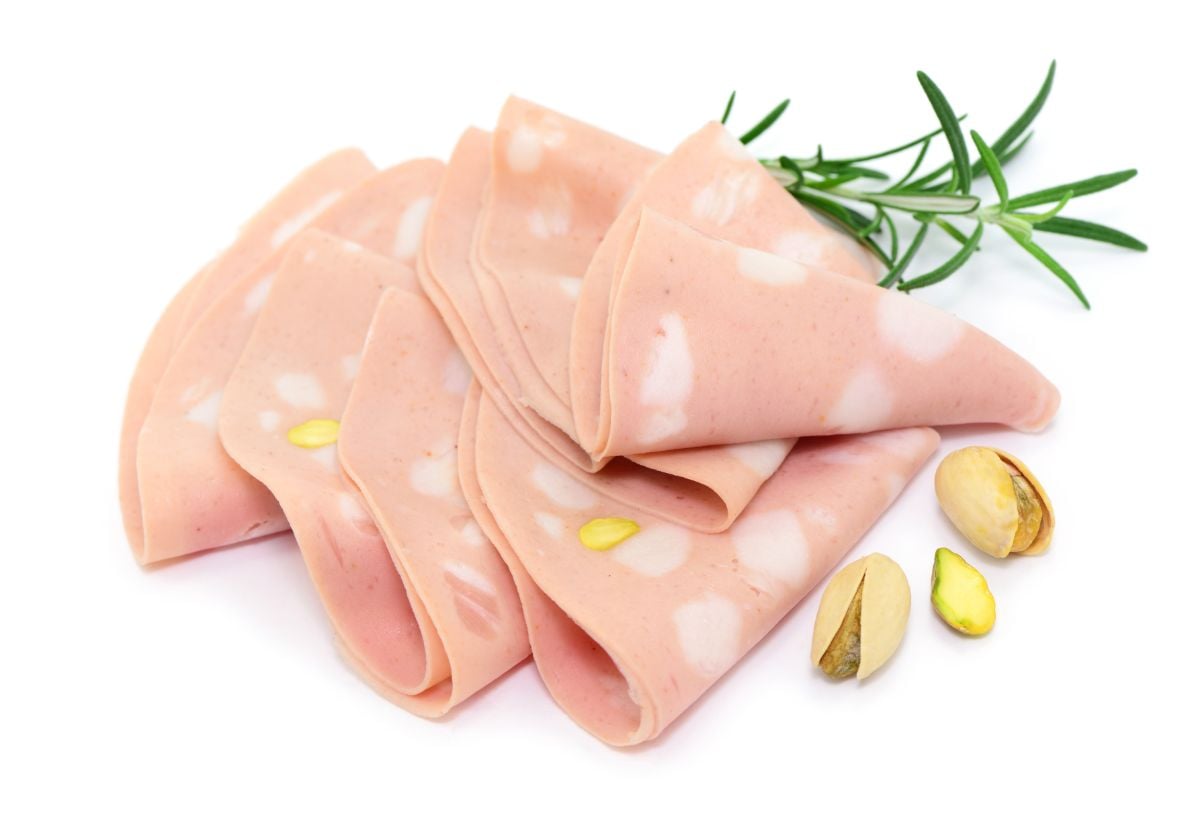 Mortadella is made from finely ground-cured pork that has at least 15 percent pork fat. It is a cooked salami that is often eaten right after it has been sliced. Traditionally, it is found with black peppercorns, but today it has pistachios and myrtle berries.

It originated in the north-central city of Bologna, Italy. It is a pale pink salami made with salt and spices.

‘Nduja is a salami that is made from spicy and cured pork. It is large and spreadable. It originates from Calabria, Italy. It is a combination of tripe, belly, and pork shoulder, along with roasted peppers and other spices.

It may have hints of lemon and garlic. It can be found in antipasto with olives and roasted peppers, but it is also eaten as a pizza topping. 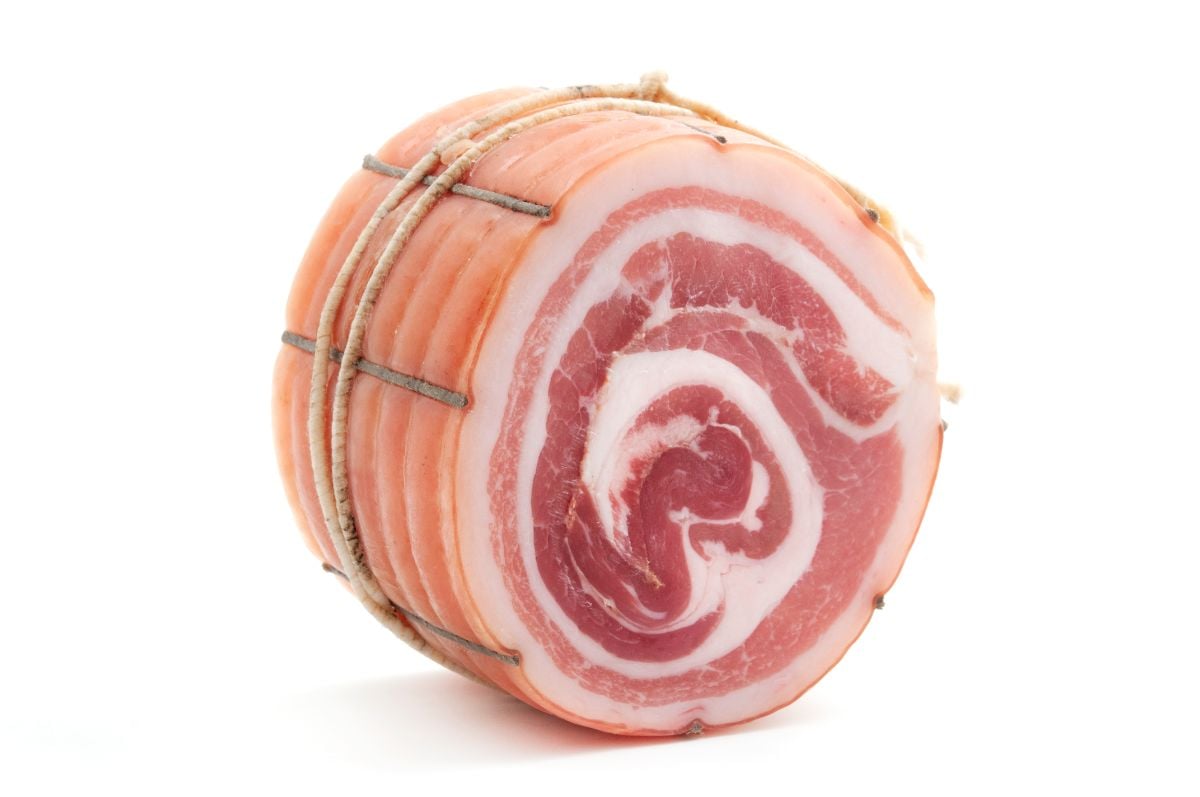 Pancetta is referred to as Italian bacon. It is a cured pork belly rolled into a cylinder and tied. It usually is a balance between fat and lean meat. It typically contains a large amount of salt. Pancetta has a fatty texture. You find it cut into cubes or thick slices and rendered as a salty pork base. 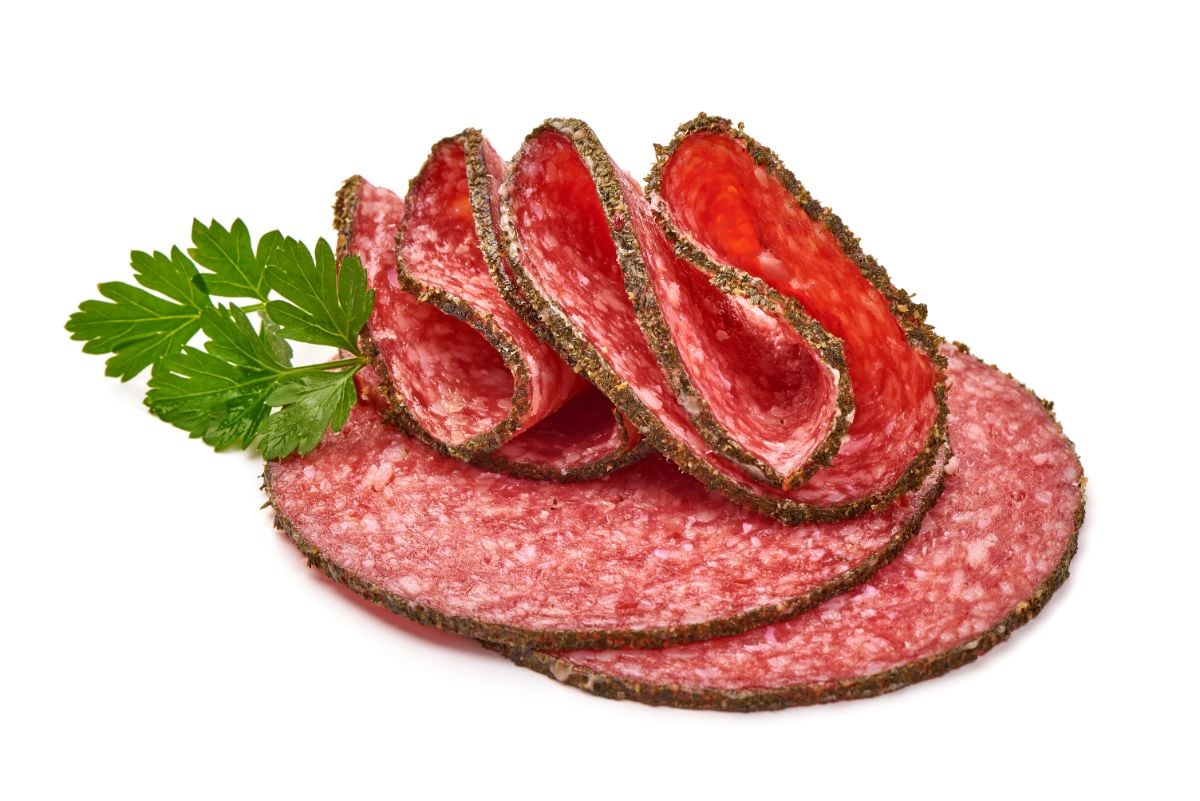 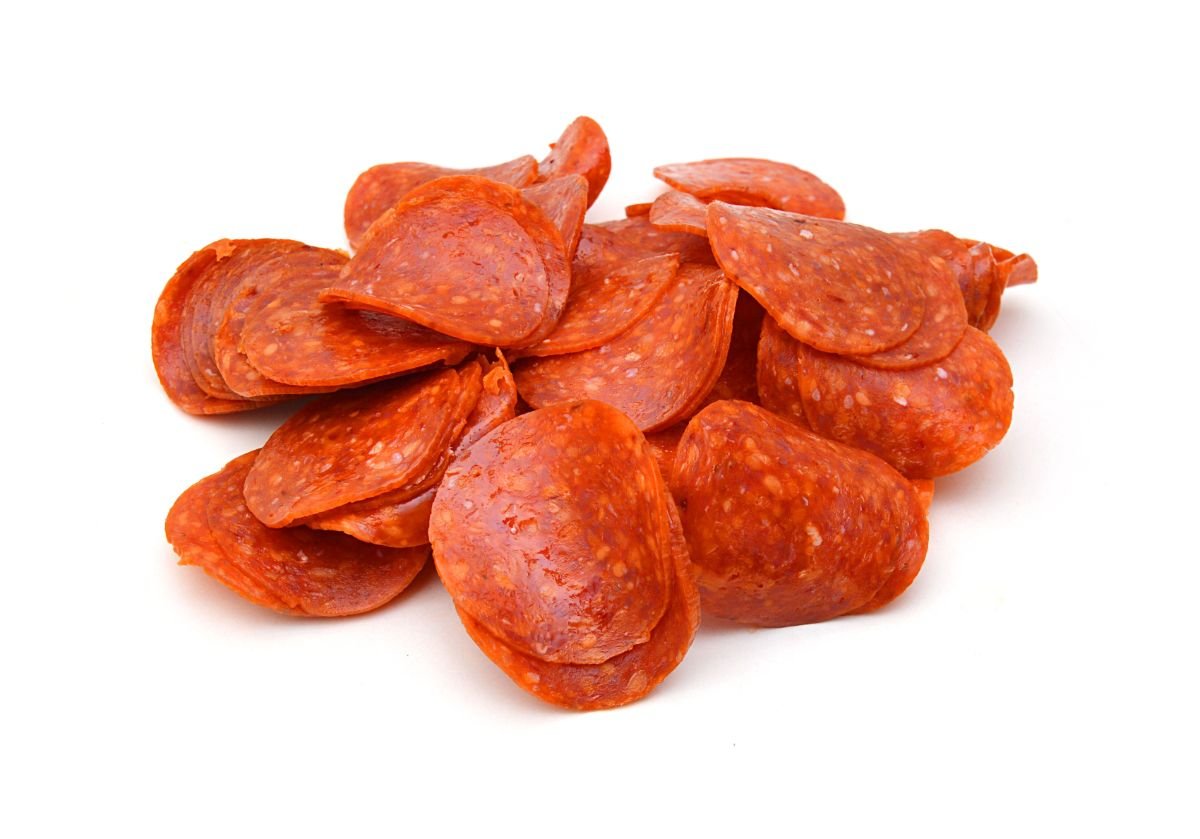 Pepperoni is an American salami. It is made from cured beef and pork that has been seasoned with chili peppers and paprika. It is lightly smoked, red, and somewhat soft. It is often found on pizza. It became popular in Italian-American butcher shops in the early 1900s. 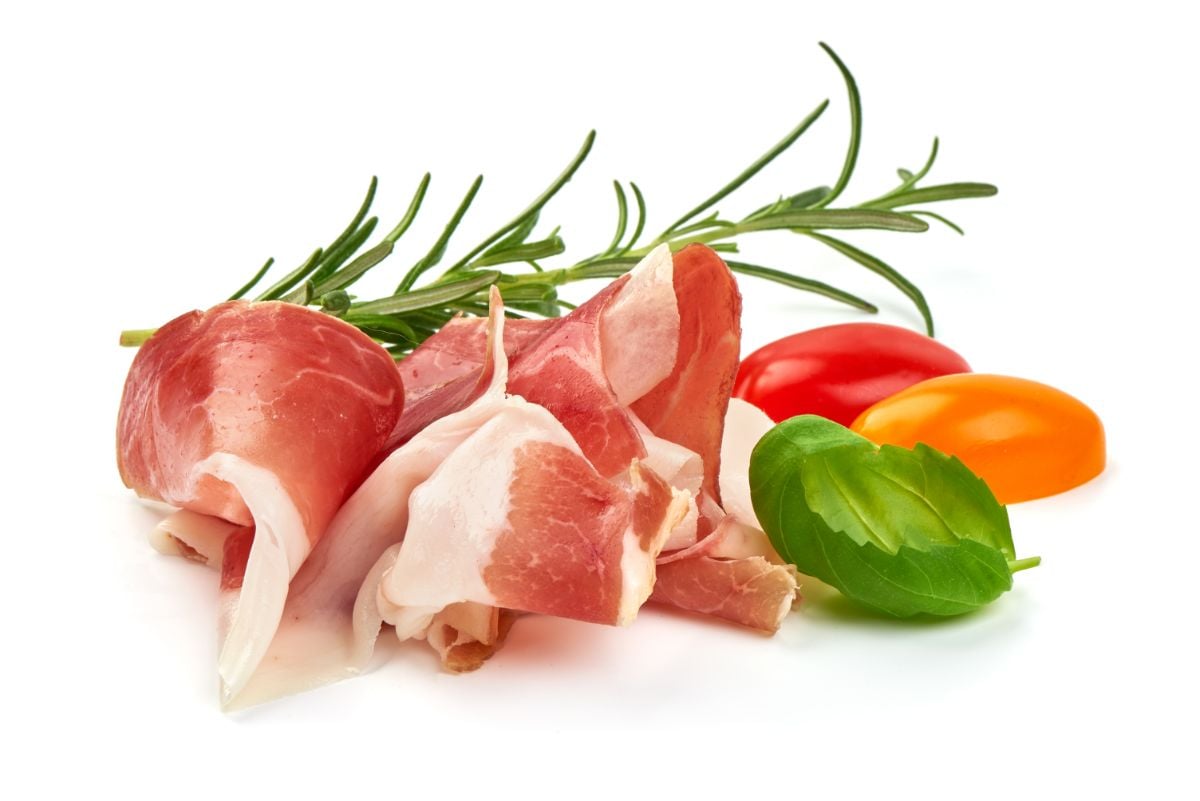 Prosciutto comes from cured pork leg or shoulder but has many variations. Prosciutto can be cooked by boiling, roasting, or smoking. Some versions are most popular in the United States, such as prosciutto Cotto. It is usually thinly sliced for serving. It is usually more tender and has a richer taste. 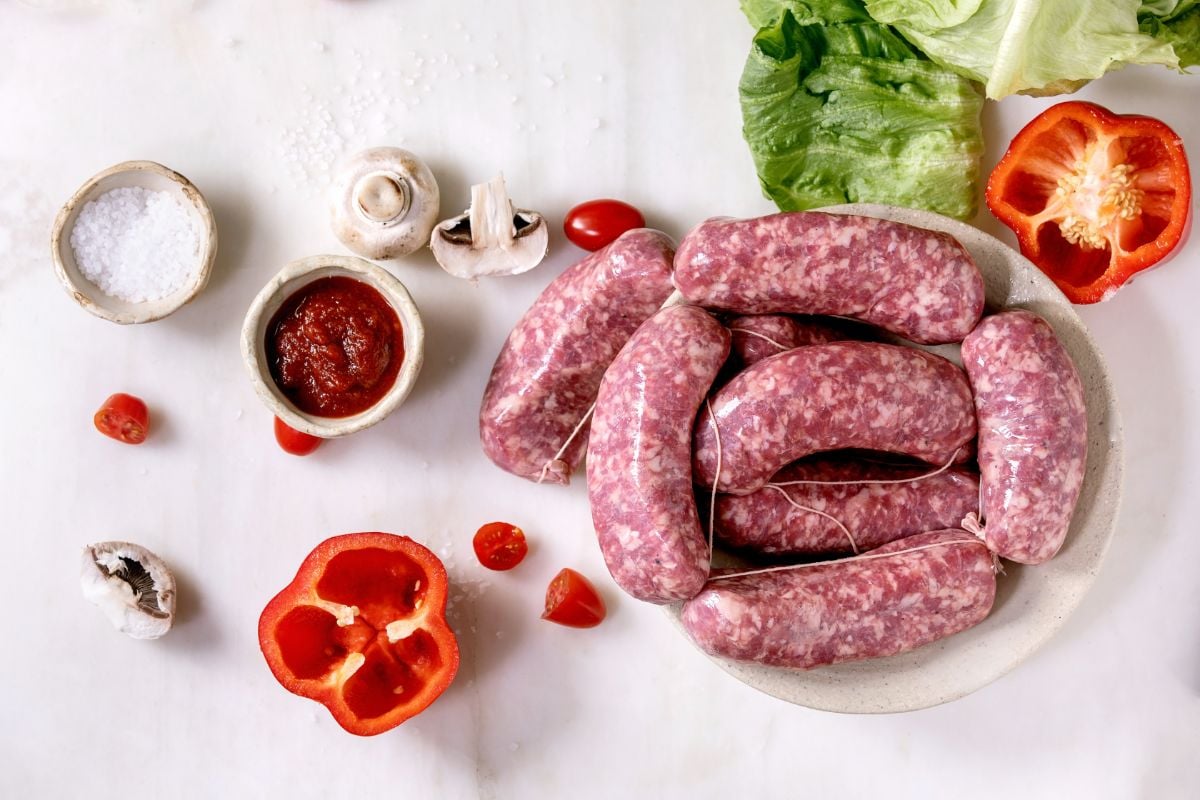 Salsiccia is a well-known and ancient sausage. It includes scraps of pancetta and pork neck that have been seasoned with pepper, white wine, cinnamon, and garlic. It may also contain sundried tomatoes, fennel, chili pepper, and caciocavallo cheese. 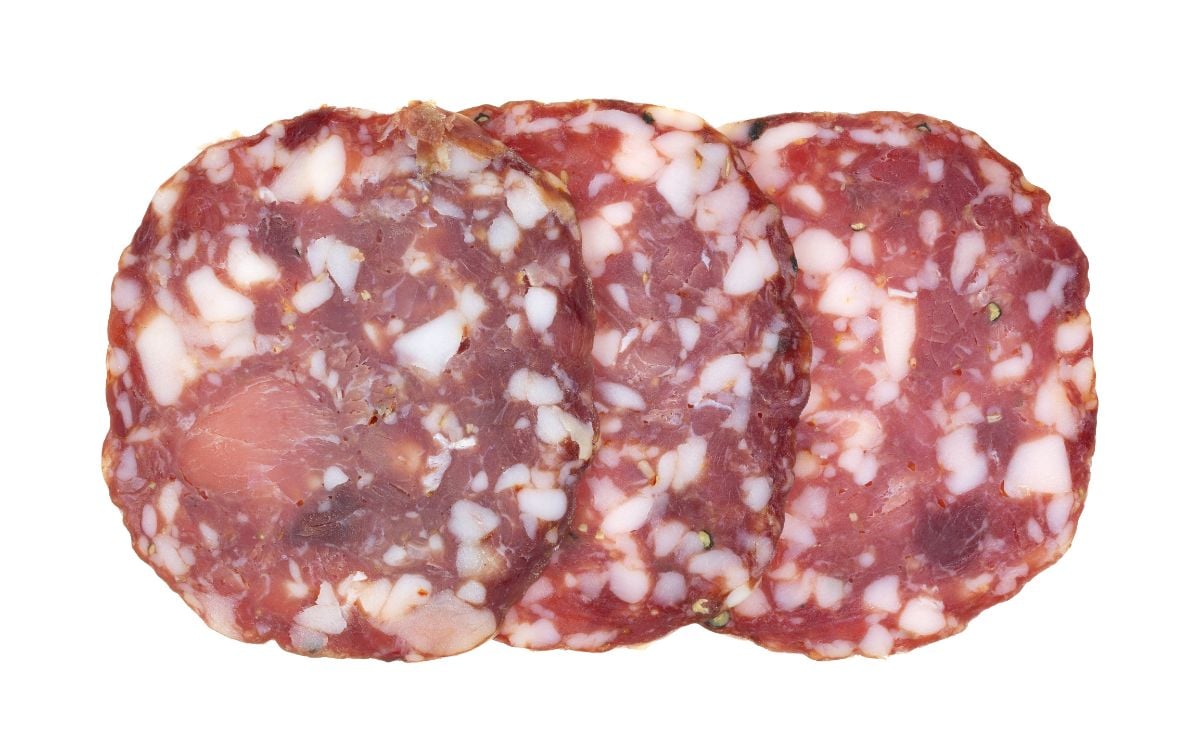 Sopressata is traditionally made from pork and comes from varying regions in Italy. In the United States, you find soppressata with black peppercorn or Calabrian chili peppers. It has a firm but slightly chewy texture. It can be cured or uncured. It also contains nutmeg, ground cinnamon, and salt. It is smooth and bold. Depending on what it contains, it can have a mild or intense flavor. 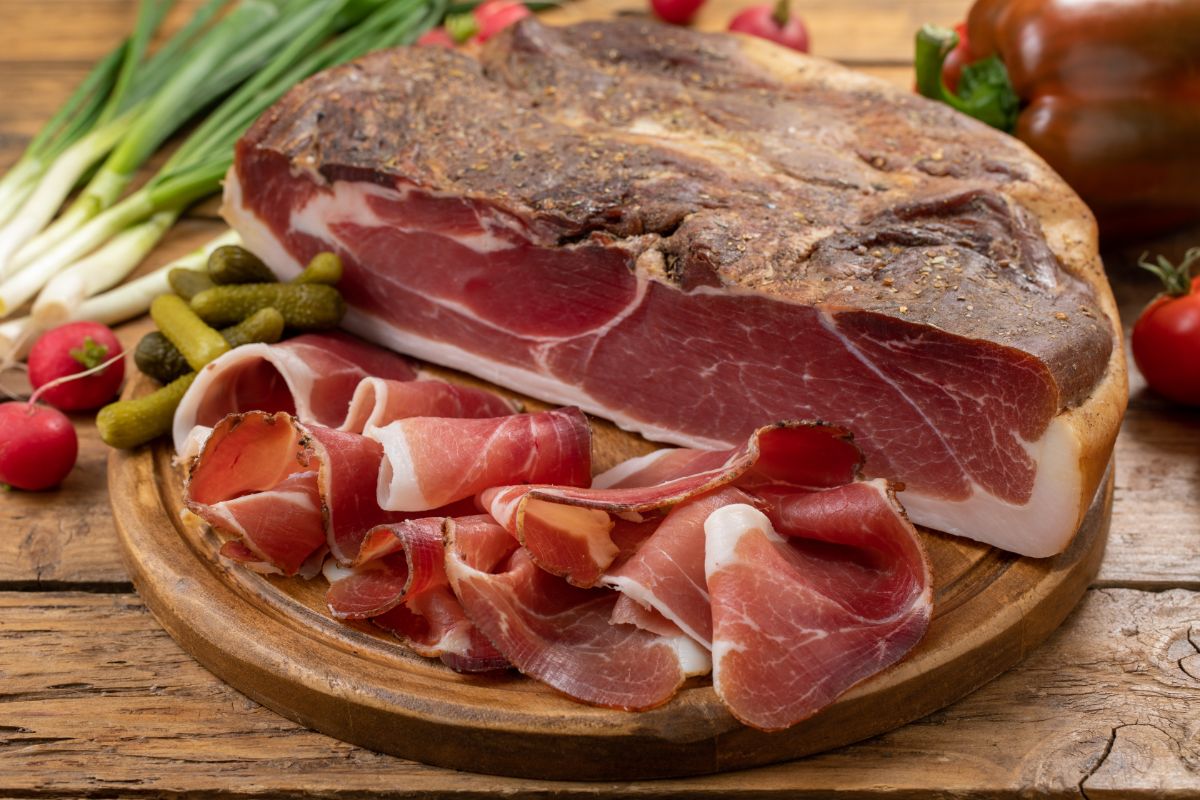 Speck is a dry-cured ham that comes from the pig loin. It is often smoked, cured with salt, and seasoned with pepper, juniper berries, sugar, and rosemary. It has a sweet but smokey and salty taste. It is ideal in antipasto, pasta, or pizza. 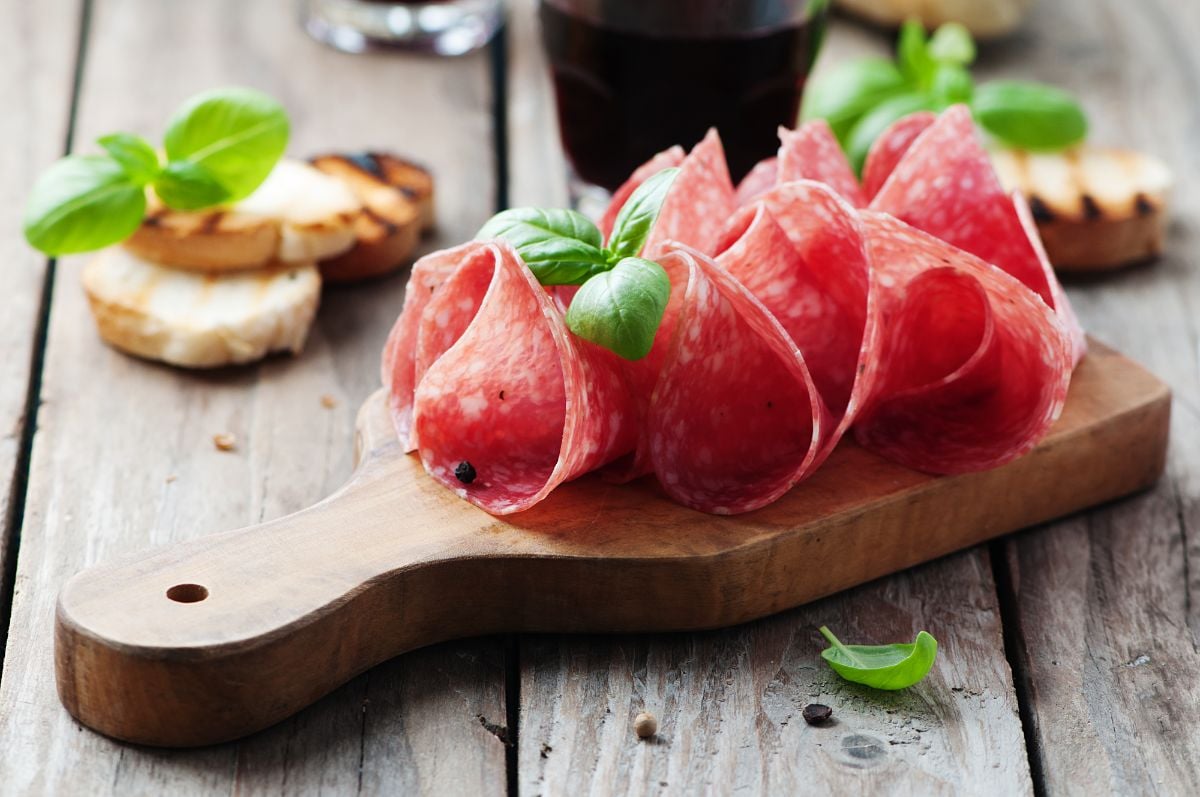 Wine-cured salami relied heavily on alcohol, and not just salt, to dry it. Red wines, such as Merlot and Chianti, and white wines, like Sauvignon Blanc and Pinot Grigio, are typically used. It has a fruity and sweet flavor. It is often referred to as spicy wine salami or wine-soaked salami.

See also  18 Different Types of Squash (Yes, that many)