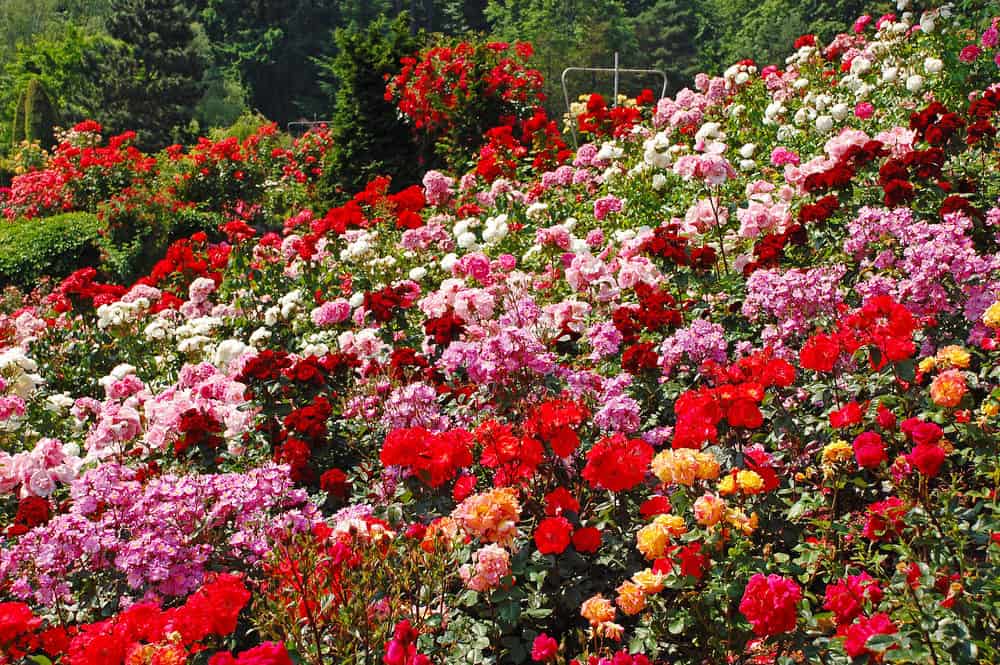 Just in the United States alone, over 1.3 billion roses are purchased on Valentine’s Day. While many roses are grown in the USA, over 1 billion of those roses are imported.

The rose became synonymous with Valentine’s Day via Greek mythology. It’s said that rose bushes grew on the ground where Aphrodite (goddess of love) shed tears and the spilt blood of her lover Adonis [source: Readers Digest].

The rose is perhaps the most well-known flower in the world. People grow them in the yard, create spectacular rose gardens and of course they’re given as bouquets for all kinds of events and holidays. My cousin works at a rose-growing farm which has huge greenhouses dedicated to growing roses. He gave me a tour a few times; it’s a very interesting operation. The amount of roses an efficient greenhouse can grow is incredible.

Whether you wish to plant a rose garden or buy roses, one thing you might want to know is that there are many different types of roses. We set them out in this extensive rose guide. 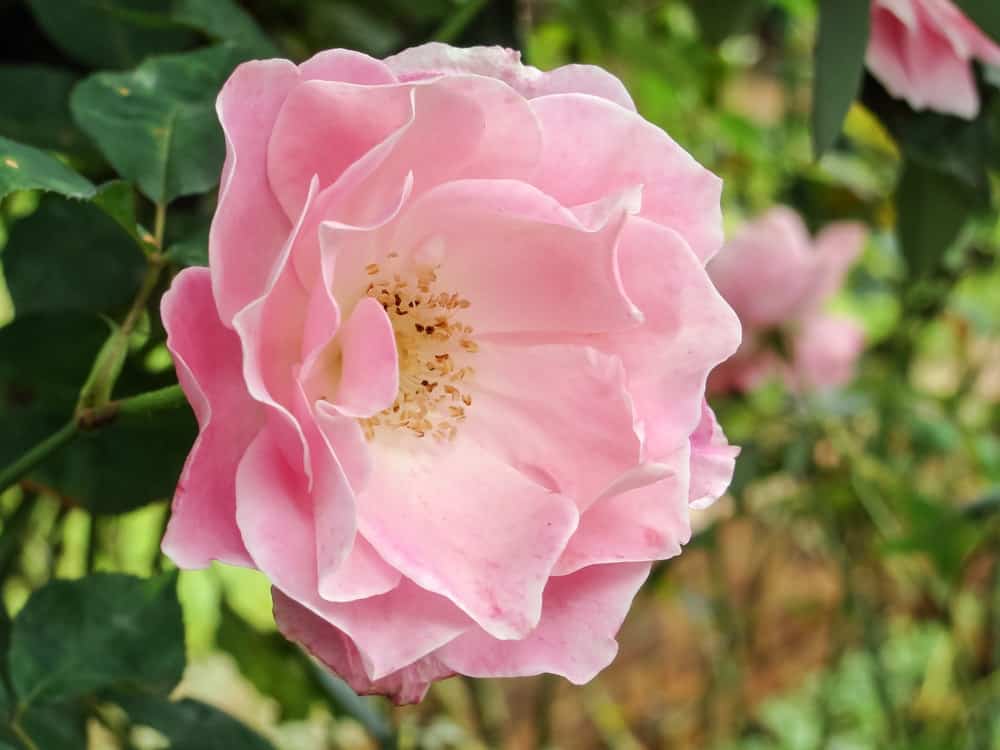 Also known as wild roses, these roses have been growing in the wild for hundreds of thousands of years and they are rarely sold through nursery stores but instead can be found throughout the country in various fields.

These roses existed before the year 1867 as this is the year the first hybrid tea rose, called the “La France,” was developed. Below are the 15 groups of roses that fit under this category. 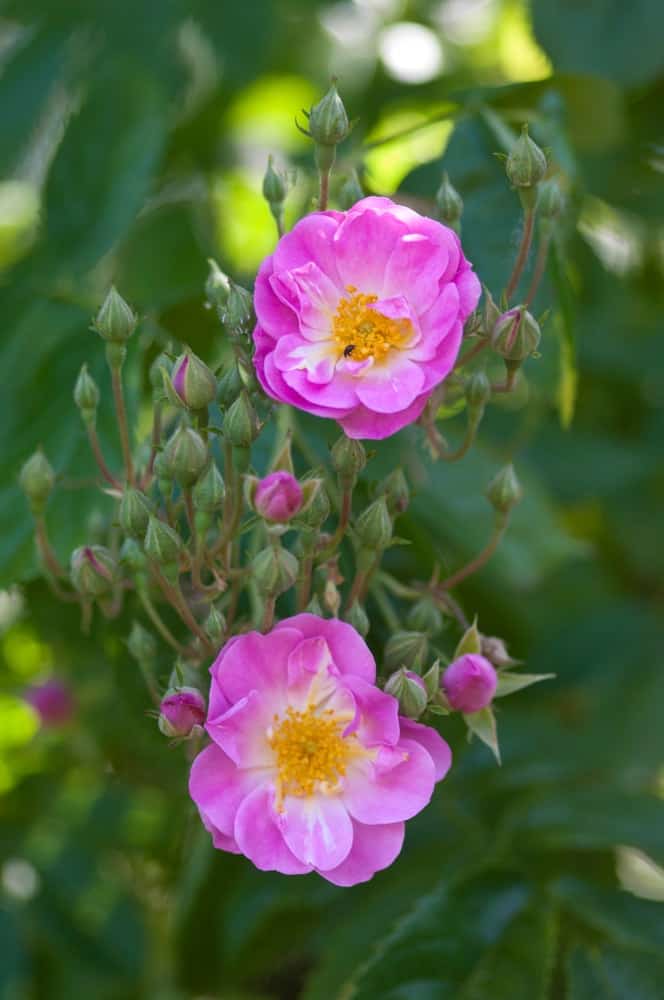 Also known as Rosa blush ramblers, these roses are found in older cottage gardens and are nearly thorn-free. Attractive and healthy, blush roses have light green leaves and smell sweet and extraordinary. They are usually light pink in color and make excellent climbing roses, which is why they are often used in arbors or pergolas. They can grow up to 15 feet in height and do best in zones 5-10. The roses open up in early spring and have a cluster look that is very attractive. 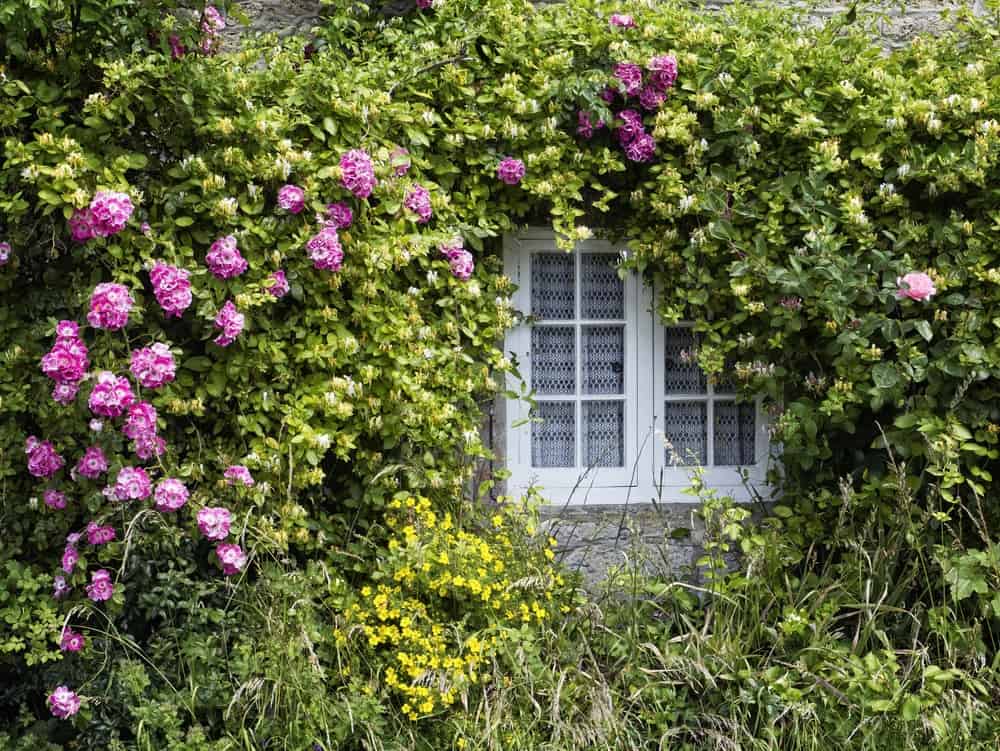 These roses were introduced in the 1860s and have a large number of berry-like rose hips, or fruit, as well as a great aroma. In fact, if you’re curious about whether or not a certain rose is truly an “old” type, all you have to do is smell it because antique roses have a wonderful aroma that sticks around for a while. It blooms in late summer or early fall and comes in several different sub-categories, including: 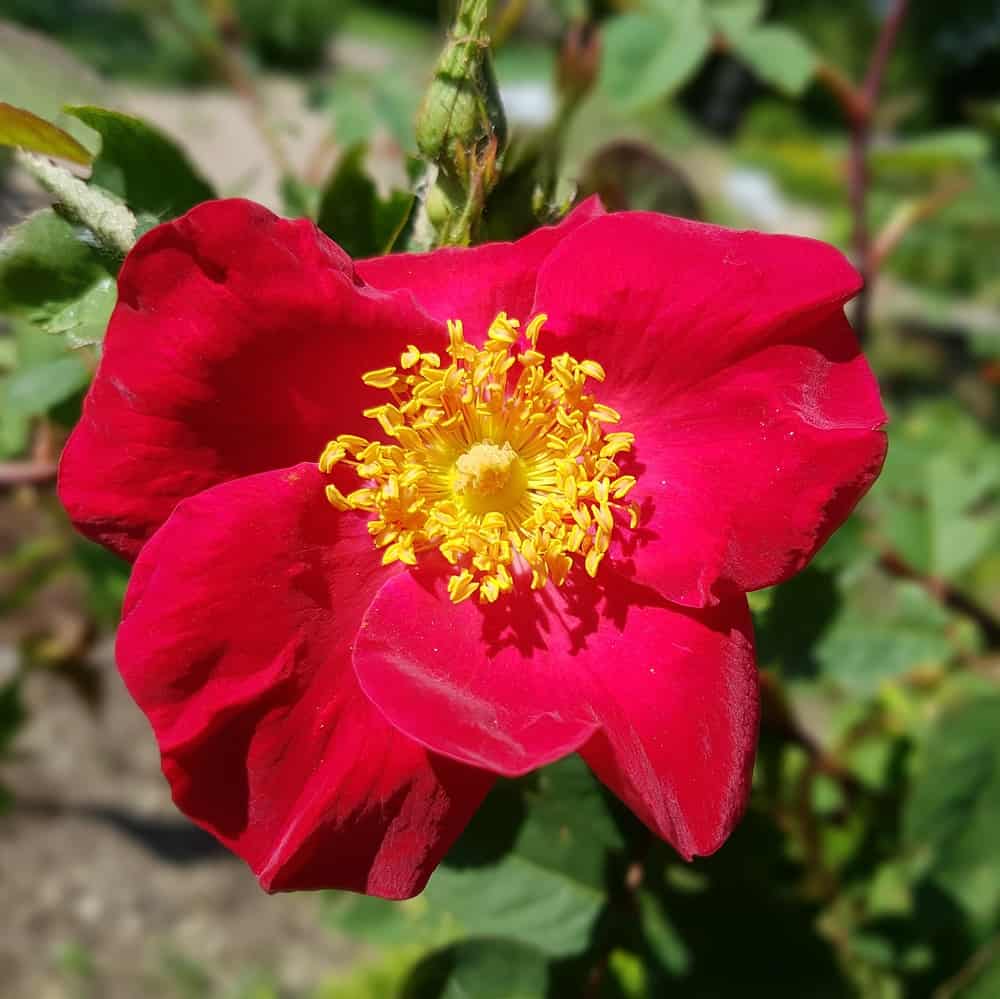 These roses flower once in the summertime and they have rich, dark-red single blooms. They originate from an old rose group from Europe and Asia and they are considered by many to be the nicest type of old garden roses. 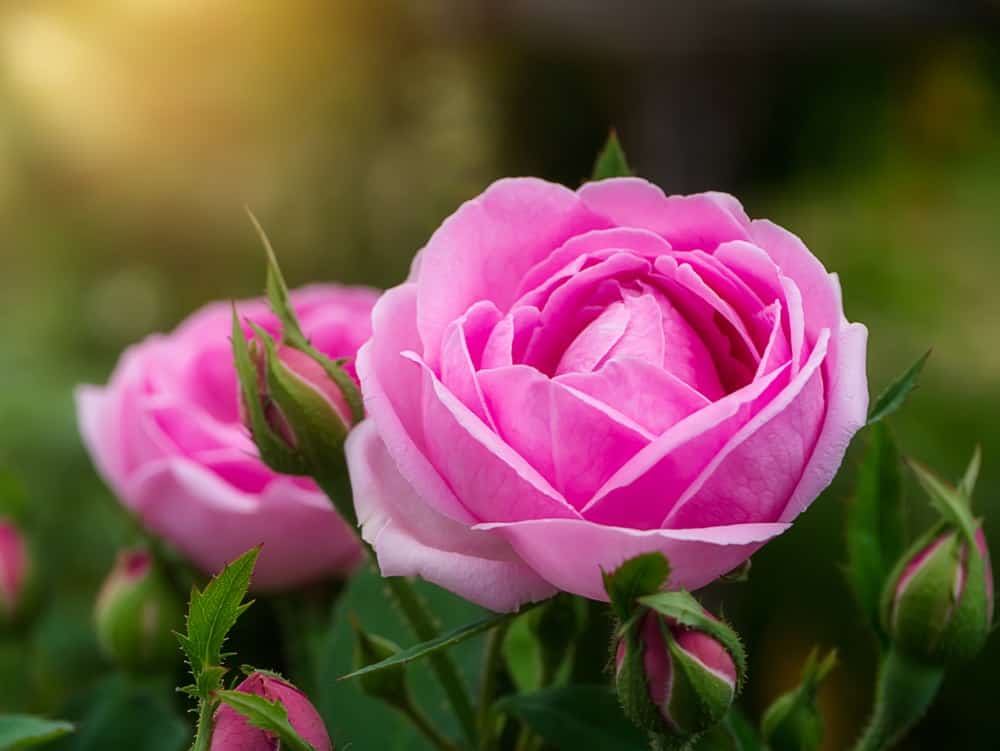 Also called Celsiana Damask roses, these flowers originated from Damascus and bloom only once during the summer months. They are a cross between two other varieties of roses and have a lovely light pink-and-white color. 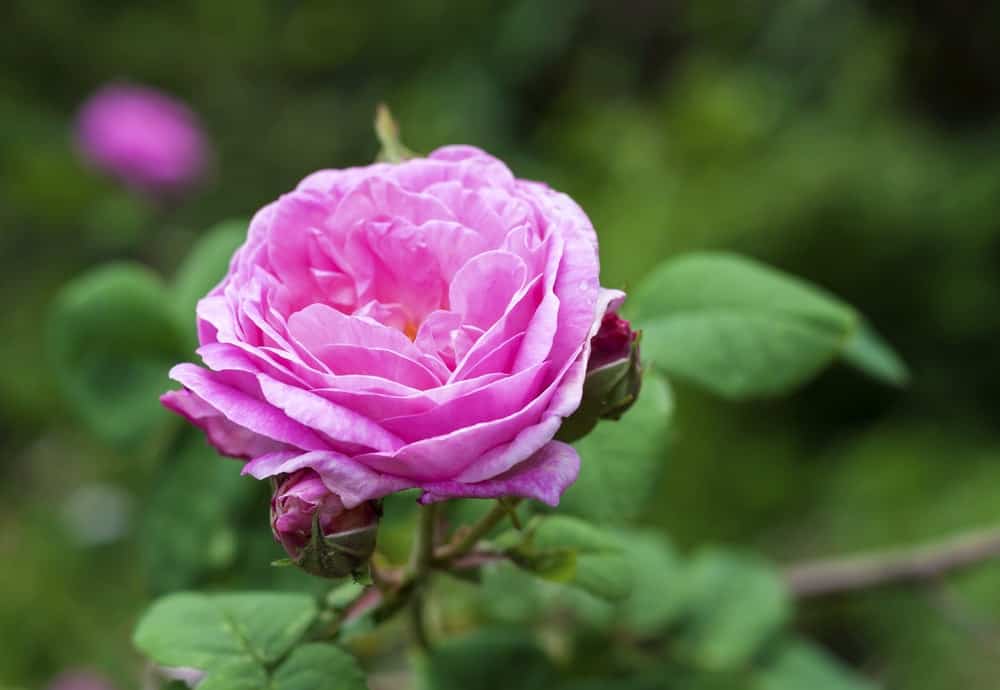 These roses were developed by hybridists in the Netherlands during the 1600s and bloom once in the summer. They are a beautiful shade of pink and include varieties such as the cabbage rose. 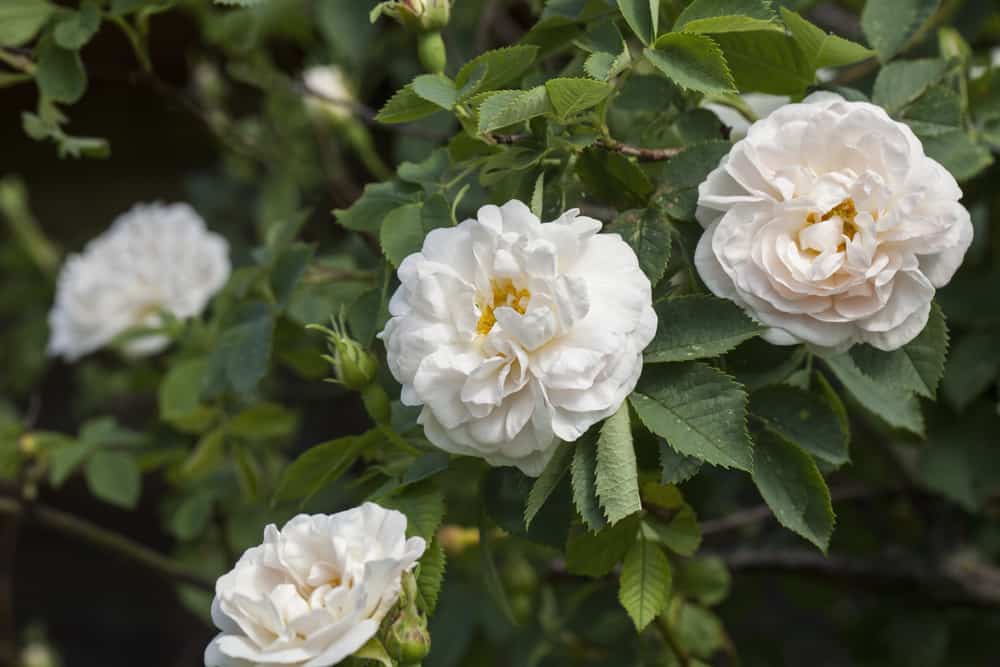 With beautiful, large, white petals, the Alba rose has bluish-green foliage and blooms once a year. An example of this type of rose is the White Rose of York. Instead of white, some of them are pale pink in color. 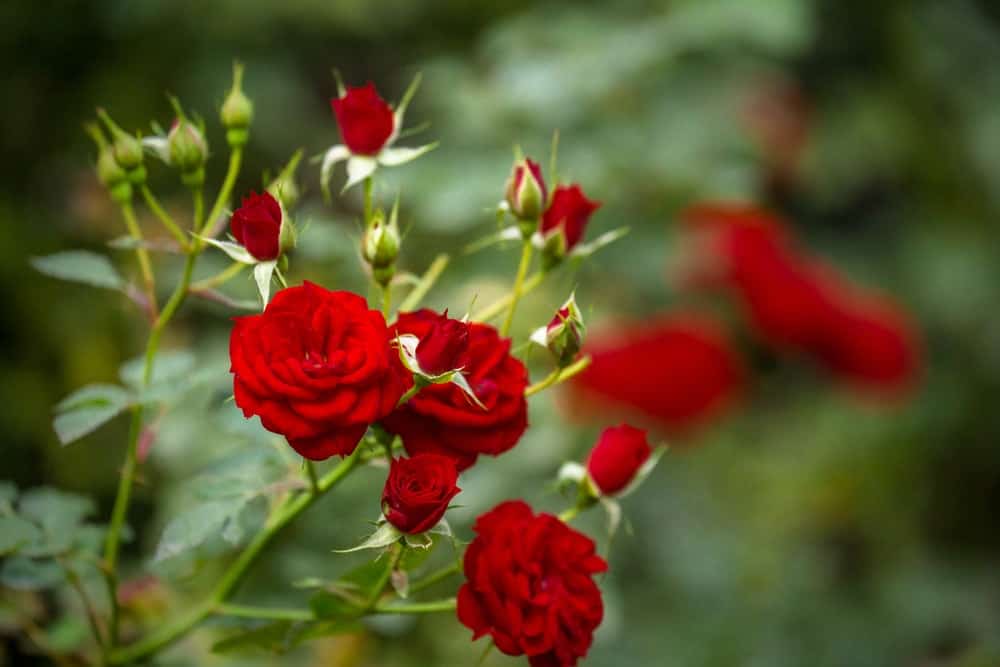 Known as the modern garden rose of today, there were once four varieties of this type of rose. They were brought into the United States in the 18th and 19th centuries by people from eastern Asia and China. The ones brought in at that time flowered several times a year, including throughout the entire summer and into the fall. 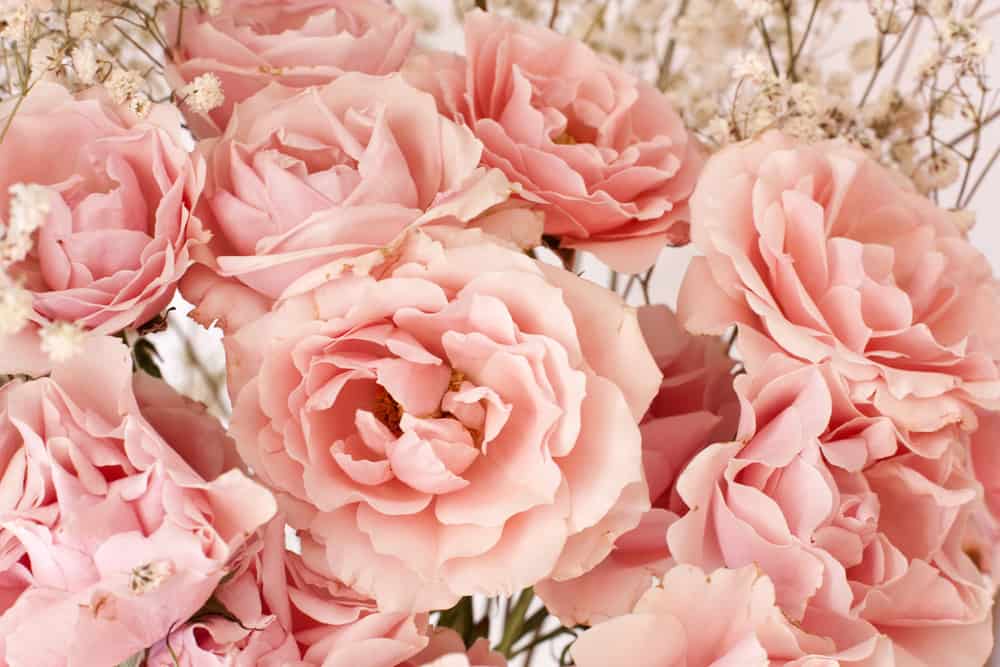 Known simply as the tea rose, it is a mix between two scented roses from China and is repeat-flowering. Their blooms are light yellow in color, graceful, and extremely attractive. What makes them a little different than other types of roses is their aversion to extra-cold weather, which means that they are more successfully grown in areas such as the South and California. 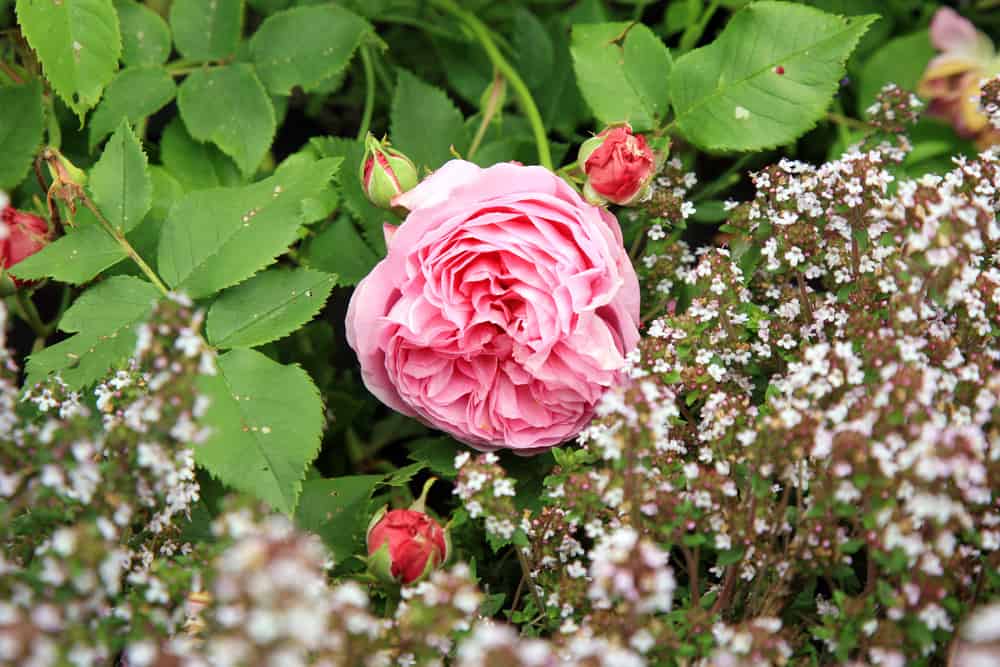 Also known as the Bourbon rose, this was one of the first roses from China that bloomed multiple times per year. Because the cross-creation originated in the Indian Ocean on the Ile de Bourbon, it was obvious what they had to name it. 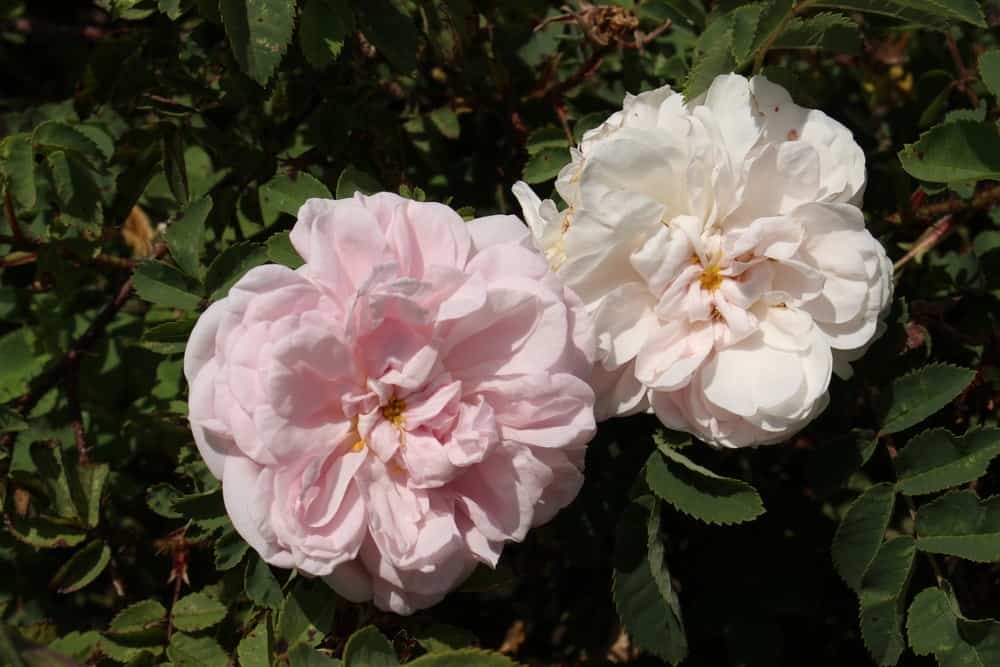 Including the Baronne Prevost rose, these are all derived from Bourbon roses and were very popular in Victorian England. Pink in color, they are the result of intense hybridization in various open fields. 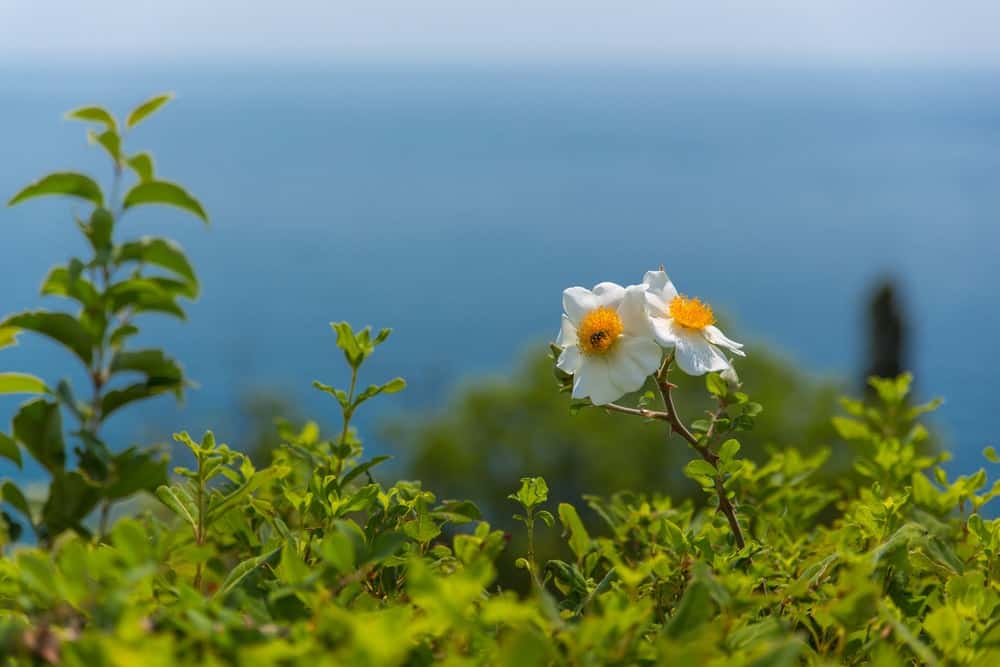 Officially known as the Splendens Arvensis Ayrshire rose, it derives from a European hedge rose that is a type of trailing rose. One of the most unique features of the Ayrshire rose is that they do not repeat-bloom. 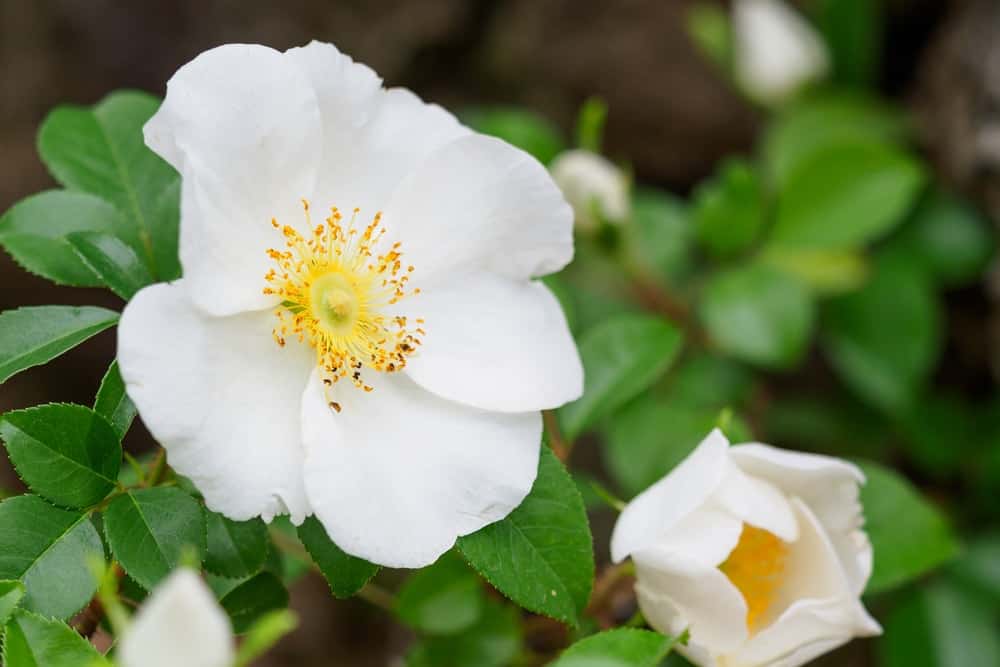 Also called the Cherokee Laevigata rose, it has leaves that are green and thick and thorns that are shaped similarly to hooks. They flower only once a year and are indigenous to the South. Wide, white petals surround a yellow center, and they originate from China. More specifically, they are a small type of old roses. 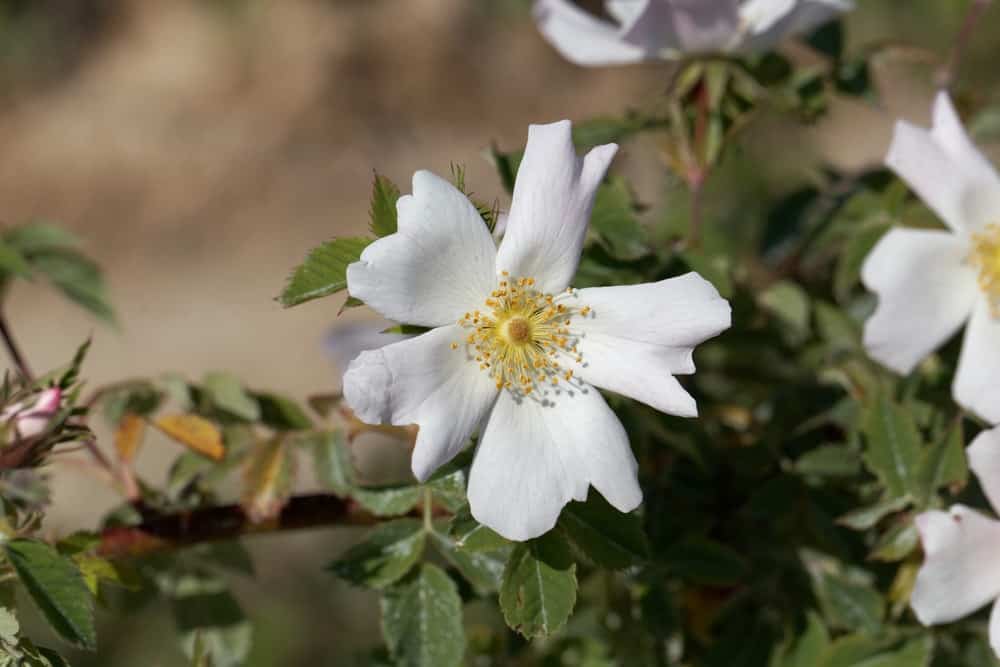 These roses can hold their foliage during the winter months and bloom only one time. They have white petals that almost resemble clovers and small yellow centers. Known as an evergreen rose by many people, these roses are descendants of R. sempervirens.

These are the roses developed since the year 1867 and they include most of the roses you find today in people’s gardens. They usually start blooming in late spring and bloom until the fall, and they are either: 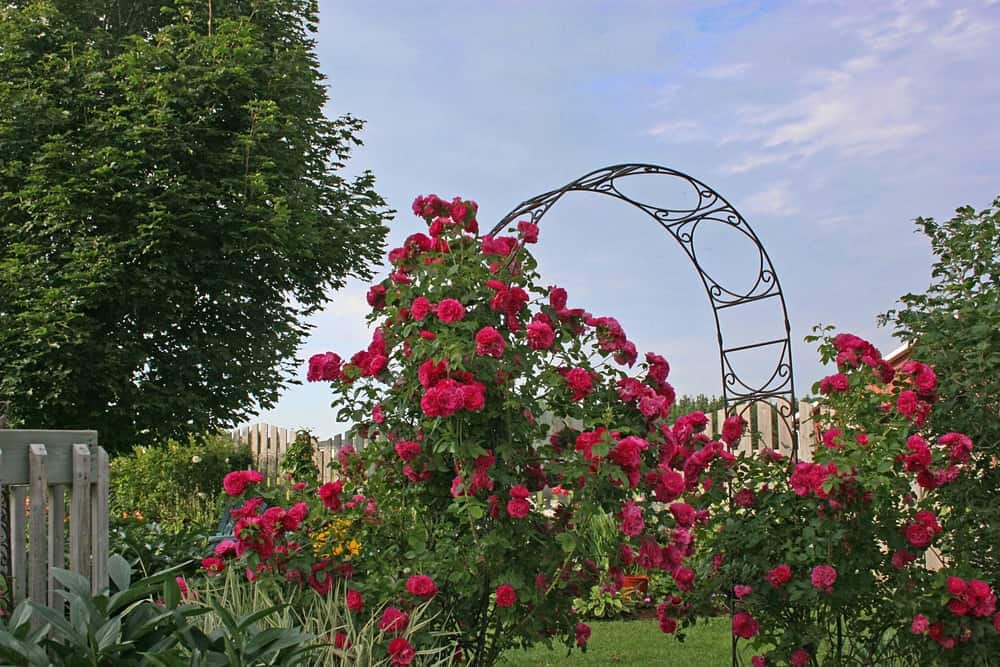 These roses have thick, dark leaves and come in a variety of forms. They are wonderfully scented and many bloom only once during the summer. After they bloom, it is best to prune them as soon as the flowering is done but do not prune them the following spring. Some, however, are repeat-flowering and these flower on new wood. The repeat-flowering types should be pruned either in early spring or late winter. They are great for garden structures such as arbors, fences, trellises, etc. and adapt easily to what they’re climbing on. They have arching stiff canes and their foliage is glossy. They are truly spectacular and the more they grow, the more they can climb your structures so they are the perfect roses to show off whenever you wish to do so. 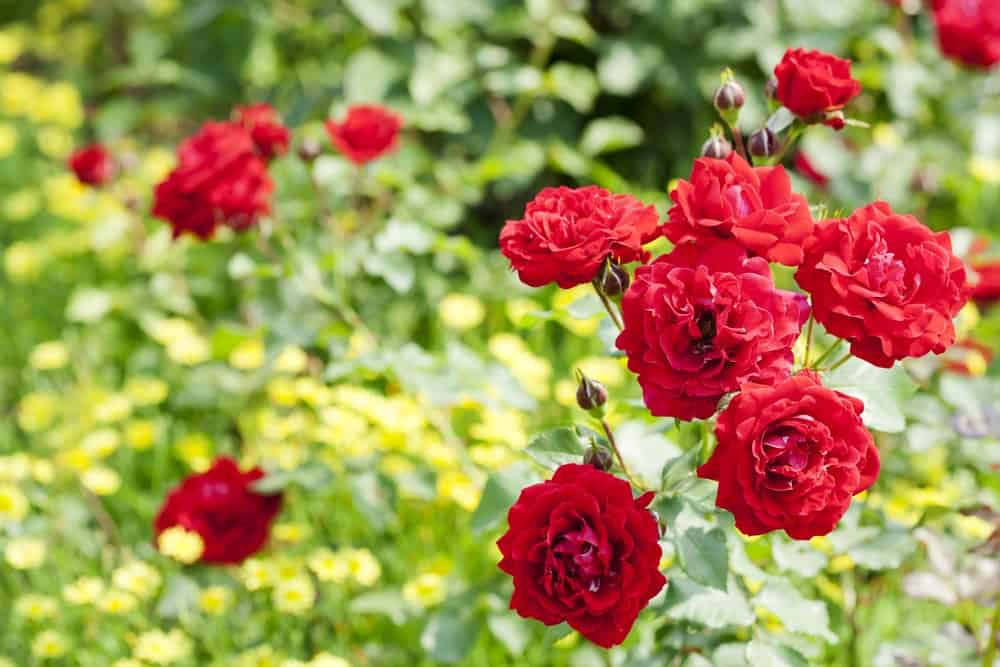 The most popular type of shrub rose is the Knockout rose, which is usually dark pink or red in color and is considered the best shrub rose by many experts. These roses have even won numerous honors by organizations that evaluate and review different types of roses. Because of their versatility, shrub roses can be used in balconies of condos or apartments and even in patios if you place them in containers first. With flowers that come in clusters, these roses are bushy and are a repeat-flowering type of rose. They flower on new wood. They can be used as hedges, borders, and flower beds of all sizes and types and they are the perfect flower to plant alongside other types of plants. Shrub roses come in a wide variety of colors and types, including English roses and the La Sevillana shrub roses. You can find shrub roses in pink, white, and even red. Below are just a few of their varieties: 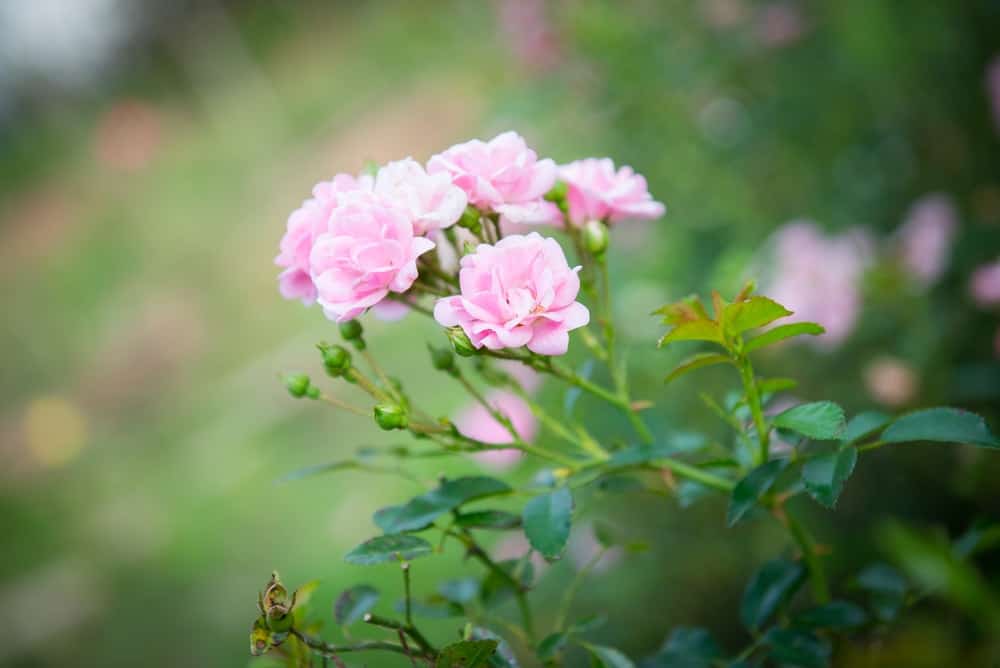 A very versatile type of rose, many people choose them either for their unique look or because they only have a certain amount of space to plant their roses. Mini roses can be grown in containers or used for edging and you can plant them in groups in flower beds or in smaller landscape areas as groundcovers. Usually, mini roses grow to no more than 15 inches in height, although a few varieties grow up to 30 feet. Mini roses include: 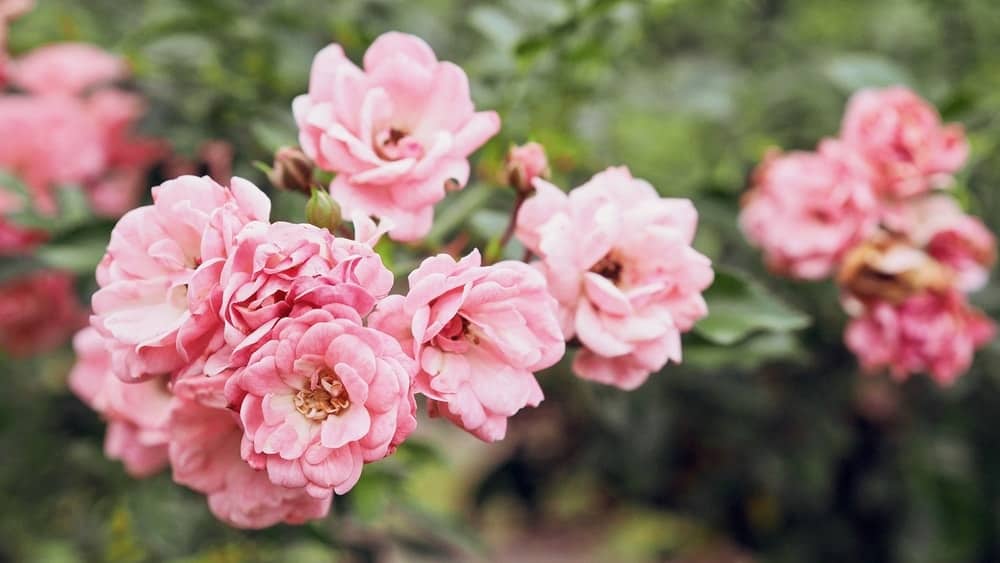 These are flowering rose bushes made up of small flower petals that come in large clusters. 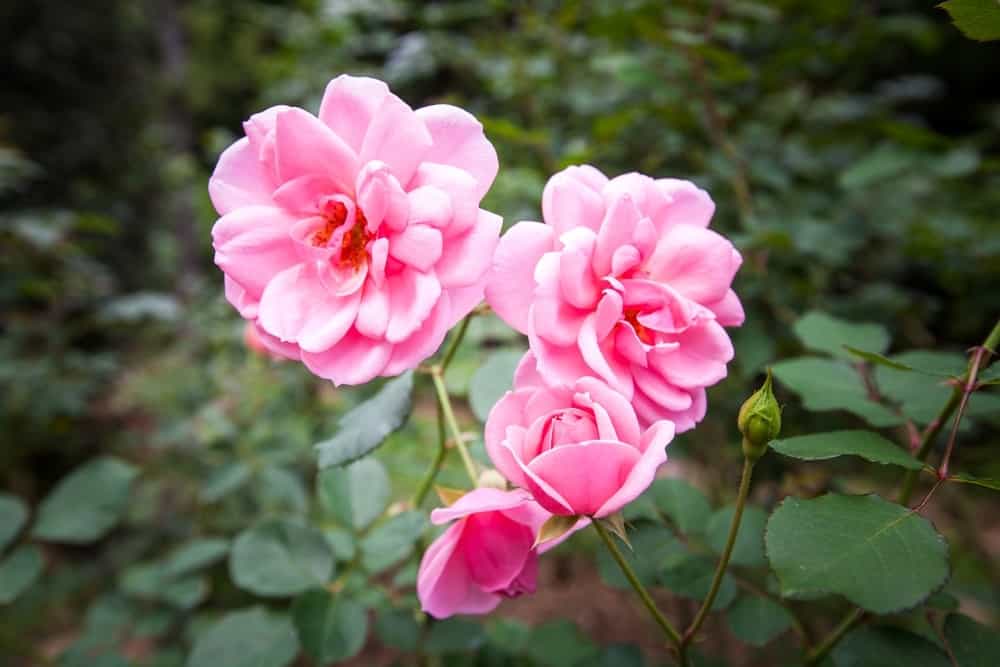 A continuously blooming type of rose, the flower is hardy and consists of clusters of flowers that are full and bushy. In fact, large clusters are what these roses are known for. Although deadheading encourages more growth, the flower is able to continuously produce full, thick clusters almost all the time. 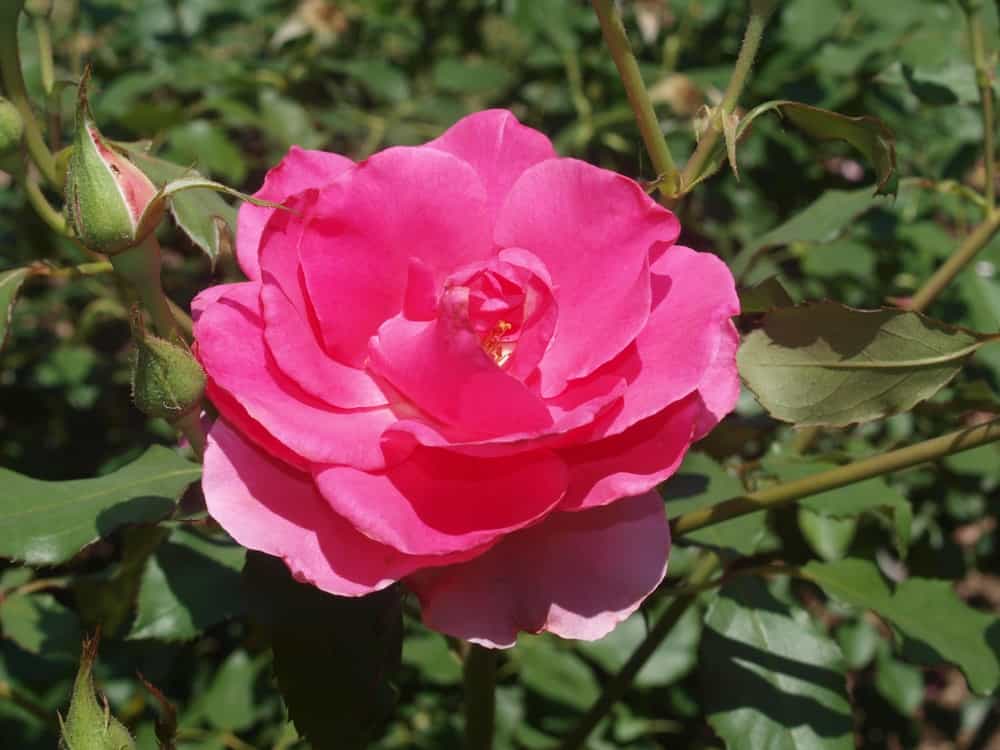 These are tall, vigorous plants whose pink flowers grow either singly or in clusters. The Queen Elizabeth rose is one of the most popular and it is especially attractive when used in the middle of an island bed and surrounded by other flowers that are in colors such as pink or blue. This rose grows between five and eight feet and does well as a centerpiece because of its large size. If it is surrounded by colorful and smaller flowers, it looks especially beautiful.

Home Expert (Bot)
Hello, how are you? Ask me anything about interior design, home improvement, home decor, real estate, gardening and furniture.
876 shares