Here we have laid out the different types of reciprocating saw blades in order to help you choose the best one to use for your next DIY project. 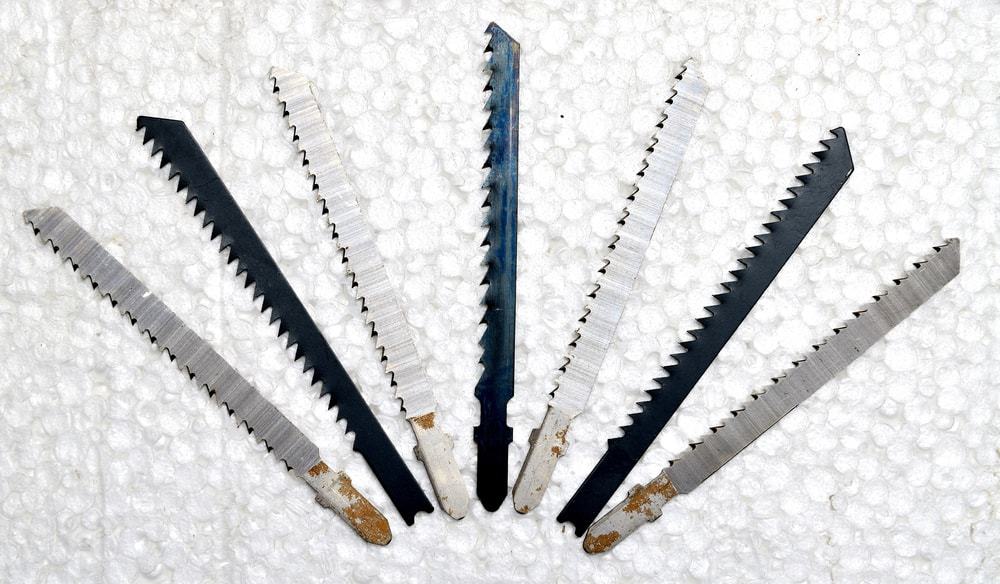 As wonderful as the employees of Lowe’s and Home Hardware can be, it’s useful to have a general inkling of what you’re looking for before heading into those behemoth superstores. It’s easy to be dazzled by the rows and nuts and bolts, the aisles of planks and beams, but the trip may end up being far more successful if you can first establish what you’re desired tool is for, how often you’ll be using it, and what your price point is.

If you’re renovating or demolishing parts of your home, you’re probably familiar with a reciprocating saw, which uses a push and pull motion to cut through everything from door frames and drywall. These are great if you want to save yourself from manually sawing through something until your arm falls off. While these saws can be a must for any demolition job, it’s important to understand that not all reciprocating saw blades are created equal. 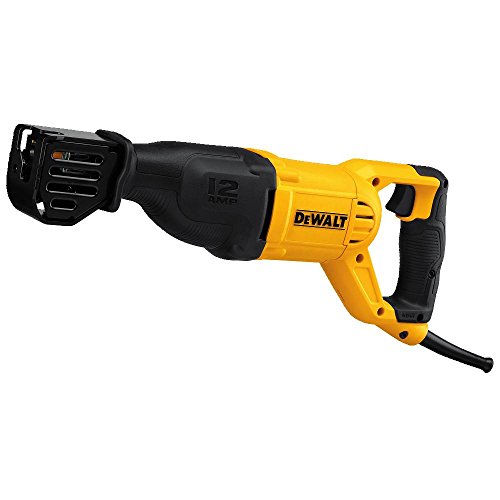 Home improvement stores have more options than anyone knows how to handle, so make sure to do some research before you end up in the dizzying lamp section asking yourself “why am I here?” One blade does not fit all, and there are specific types for specific materials. After all, the last thing you want is to purchase a blade that dulls quickly and leaves you unable to finish that gorgeous deck you’ve been talking about for years. To help you avoid this, we’re going to detail all of the different reciprocating saw blades available based on a few different factors and characteristics.

See also  How Do You Find the Hex Key Size?

Saw blades are rated specifically for certain materials, making it easier to narrow down which one is needed. This knowledge will help you avoid dulling or ruining the blade altogether, which can happen shockingly fast if you choose the wrong blade. Another factor to consider is turnaround time, as the wrong type of blade can make the job itself take significantly longer than it needs to. 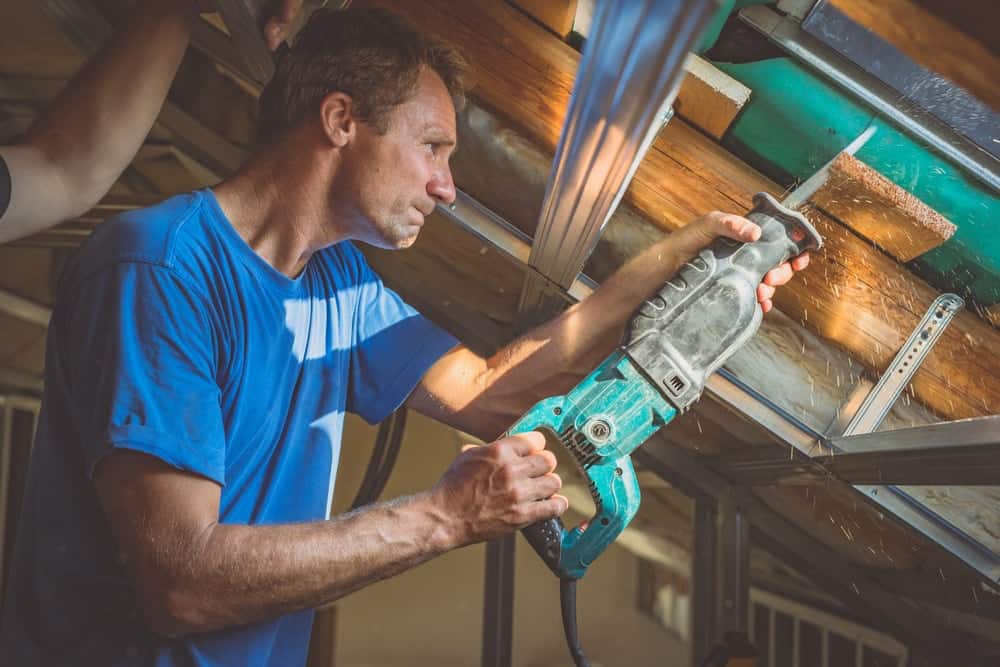 Luckily, blade manufacturers will include icons (woohoo!) of the materials that specific blades can cut. These can usually be found on the blade’s packaging. It’s important to note, though, that just because a blade can cut a certain material, doesn’t mean it’s the absolute best option. Next we’ll discuss the additional elements that blades can have, which will make it the perfect tool for your home project. You’re about to wield a magnificent power tool, my friends.

Considering TPI (or Teeth Per Inch)

One of the most important factors to consider when it comes to any reciprocating saw blade is how many saw teeth per inch (or TPI) the blade has, as this can determine how quickly the saw can cut. Blades that have fewer, larger teeth will cut quicker than blades with many small teeth. (You wouldn’t ask a baby to chew your steak would you?) But there are benefits to small teeth, too! The final result will be far more smooth a tidy, and less prone to accidental tear-outs and chips. 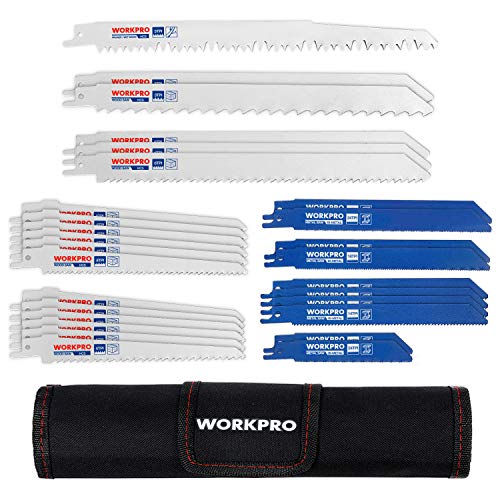 TPI ranges from 3 to 18 in most reciprocating saw blades — the lower the number, the rougher the cut. For softer wood, a TPI range of 3-8 would be appropriate. It can be used for tree pruning or other simple plank cuts. A TPI range of 8-14 can cut harder wood, and even the occasional nail! This would be a great option if you have a plank of wood riddled with old nails that are difficult to remove. It’s called a “demolition” blade, meant for just tearing through difficult materials. For metal and finish cutting, you’ll want to look for blades with a TPI between 14-18. These blades cut slowly but will leave behind a much more smooth edge. 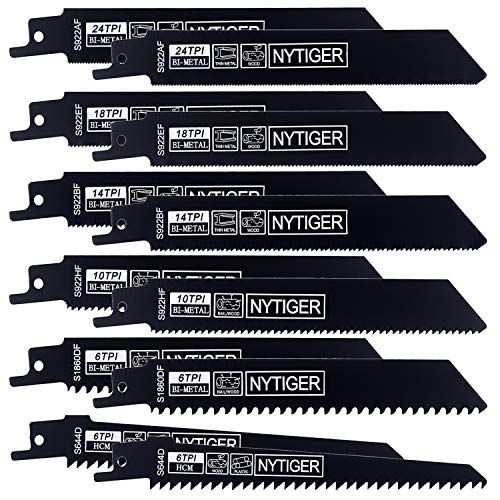 What would life be without a little complication? They ALSO give us the option of variable tooth blades, meaning that along the blade different teeth have different densities. In practice it actually simplifies things, because with a blade that has say, 6-12 TPI, you’d be able to use the same blade for one task instead of switching it out. It works for both fast a rough cutting, and can handle fine cutting as well.

While variable tooth blades aren’t better than any standard reciprocating saw blade, they can be a convenient option for those in a rush or for those who want to avoid the need to change blades often.

Options For a Blade’s Material

Blade material is something you’ll also need to consider when purchasing a reciprocating saw blade. (I’m saying it so much I’m considering naming my first born Blade) There will be a tradeoff here between longevity and cost. If you want a blade made of stronger, more high-end material, this will cost more to manufacture. At the end of the day that’s how things go, a higher up front cost will end up saving you money in the long run. Let’s take a look at some of the most popular blade materials below:

While carbon steel is usually what people go for when it comes to reciprocate saw blades, high-speed steel is actually much stronger and can last up to five times longer as a result. The teeth on high-speed steel blades don’t dull as quickly either.

The only downsides to choosing this material are that they tend to be more brittle than standard carbon steel blades and do not flex well.

Carbon steel blades don’t cost much to manufacture, which means they’re affordable for the consumer. These blades are flexible, making them ideal for cutting through the material in tight spaces.

The downside of using carbon steel blades is that the teeth are weak and the blade tends to dull pretty quickly. This is especially true if you attempt to cut through heavy-duty materials such as stone or metal. With that said, if you’re looking to complete a quick job where longevity is not really a concern, then carbon steel blades could be the ideal choice for their speed and agility.

Made from two or more different types of metal (hence the name), bi-metal blades combine the best properties of both high-speed steel and carbon steel into one singular blade. The best part is bi-metal blades retain flexibility while still having hard teeth.

The downside (sorry, nothing can be perfect), is that these blades are more pricey than the other alternative due to the manufacturing process, which is somewhat complicated.

Choosing a Blade Based on Tooth Material 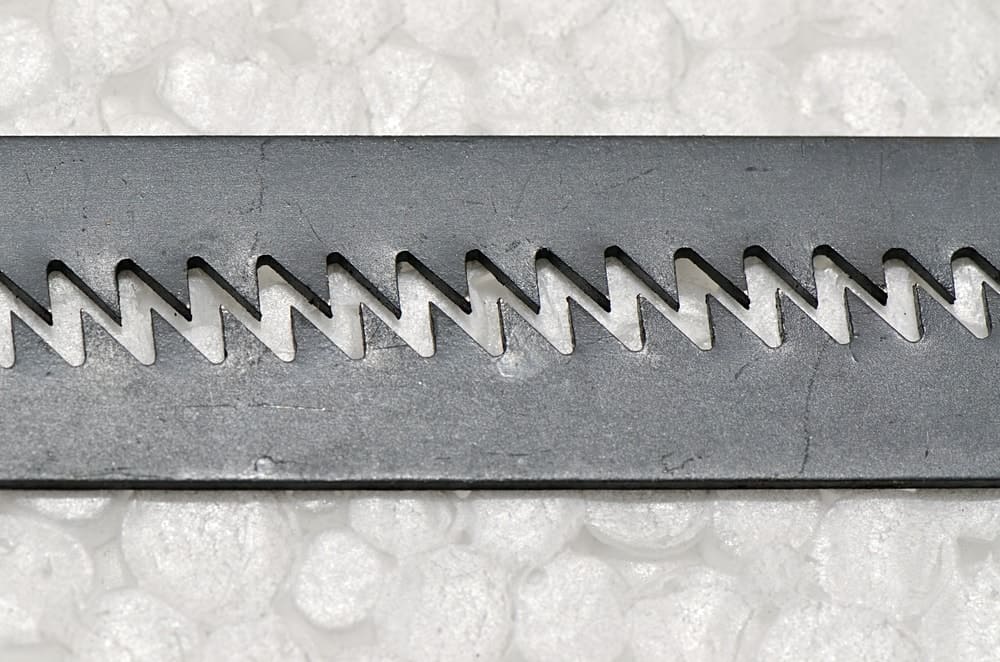 The longevity of a blade and the types of material it can cut through weighs heavily on the material of the cutting edge of the blade’s teeth. Unfortunately, there isn’t one universal option, so take care when choosing your material.

Most blades feature teeth that use the same exact material as the blade itself in order to expedite the manufacturing process and keep the costs low. A great option for quick and casual projects, as opposed to a tool you’ll be using repeatedly.

Carbide is a very brittle and hard material, which is sometimes bonded to the cutting edge of each individual tooth of a blade. This significantly increases the blade’s cutting ability when it comes to plastic and wood. Carbide blades last a lot longer than standard blades. The kicker here, is that it is strictly designated for plastic and wood.

Carbide grit blades embed tiny particles of either carbine or industrial diamond grit along the blade’s cutting edge. This helps the blade cut a variety of heavy-duty materials such as fiberglass, ceramic, clay, metal, cast iron, and cement. Be careful NOT to use a carbide grit blade on wood, the slow motion of the blade is basically a flint starter. 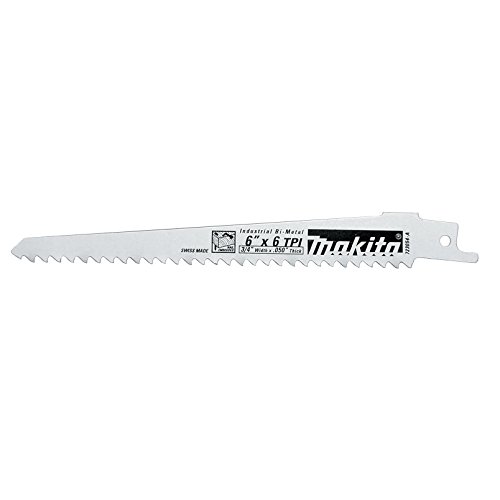 Rather self explanatory, this is when the teeth form a wave along the blade’s cutting edge. The body of the blade and tooth are the same width, allowing for slow and even cuts.

On a raker set blade, the pattern will extend beyond the blade’s edge in an alternating pattern, which allows every individual tooth to make rougher and more aggressive cuts. While this type of blade can cut quicker, it can produce tear-outs and leave behind a rough finish, as a result. 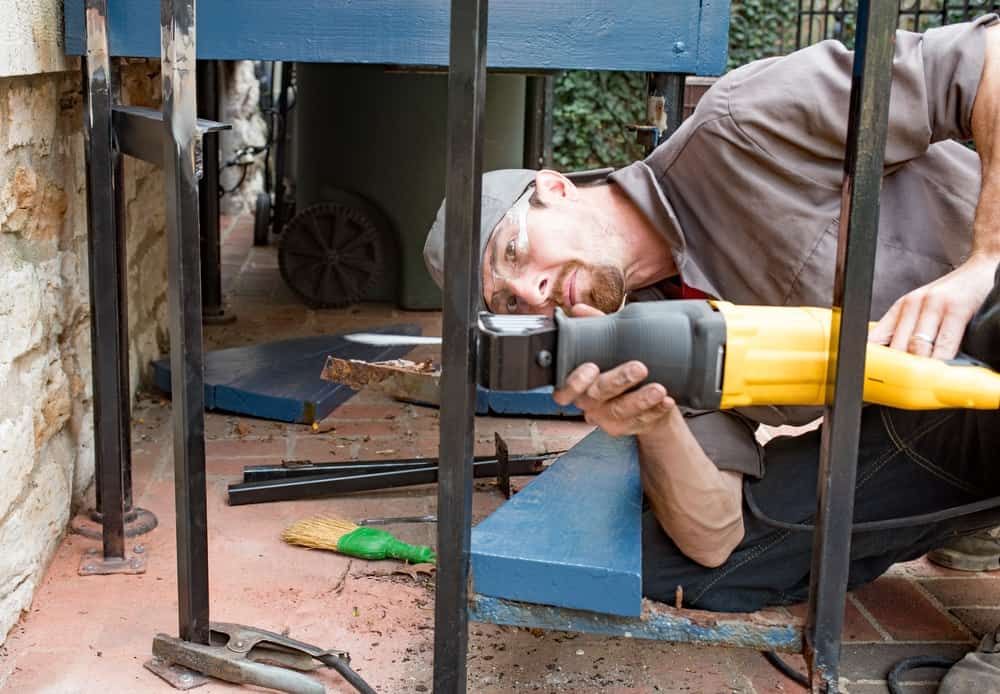 When it comes to blade thickness, this is what determines how effective the blade is at resisting bending during a cut. Blades that are meant for heavy-duty materials tend to be much thicker; allowing them to leave a square cut and making them last until the cut has been completely finished.

No surprises, but cheaper blades are on the thin side so they can be cost-effective, especially during the manufacturing process. These blades should be used carefully if you want to avoid bending them. Otherwise, you’ll be needing to replace them far more often that you’d like.

You’ll want to choose a blade that is much longer than the material you’re cutting. For instance, when pruning a tree with a reaching arm, it’s much safer to use something that gives a little extra length. Metal blades that are usually used for plumbing jobs are much shorter, because the materials cut are about the width of a finger. The main idea here is to pick something that isn’t so long it will get in the way, but isn’t so short that it’ll get stuck in the material. 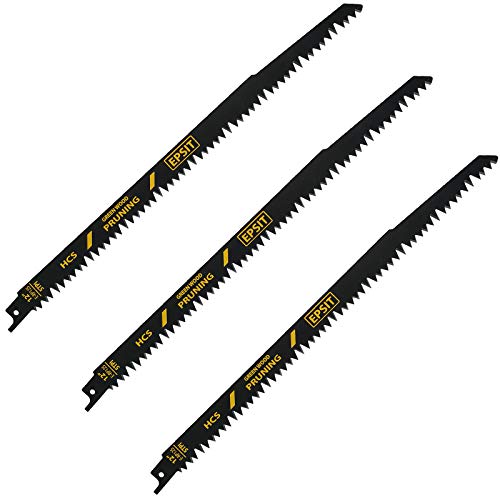