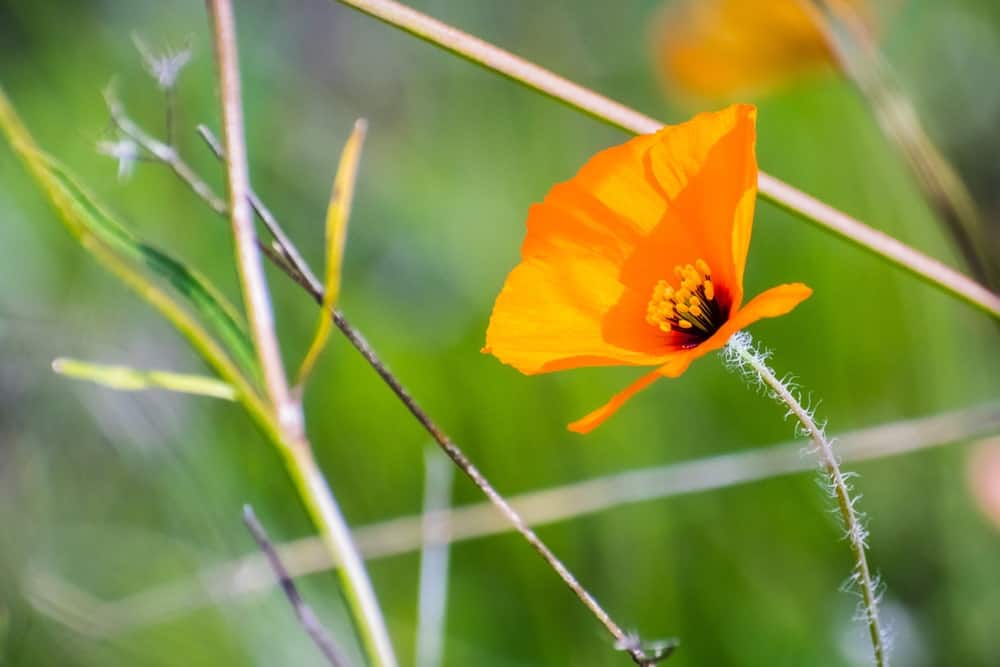 Poppies are a flowering plant that belongs to the subfamily of Papaveroideae. The beautiful flowers are part of the herbaceous plant type. The colorful flower is popularly cultivated as they are used all over the world as gifts and decoration.

One species of the poppy flower is famous for being a  source of the narcotic drug opium. In 2016, it is estimated that over 300,000 hectares of poppy opium was produced and eventually distributed.

This compound contains powerful alkaloids like morphine, which is commonly used in medical practice. It has been used throughout history as a narcotic medicine and recreation drug.

They are attractive plants that are cultivated yearly. Most species are specifically used for medicine, recreational drugs, and even food. The seeds of the plant are rich in oil, protein, calcium, and carbohydrates.

The oil is often used as cooking oil or salad dressing since it is light and healthy. It is also used to make some products like margarine and is often added in cakes and bread. Different poppy products are used in varnishes, cosmetics, and paints.

What are the Different Types of Poppies? 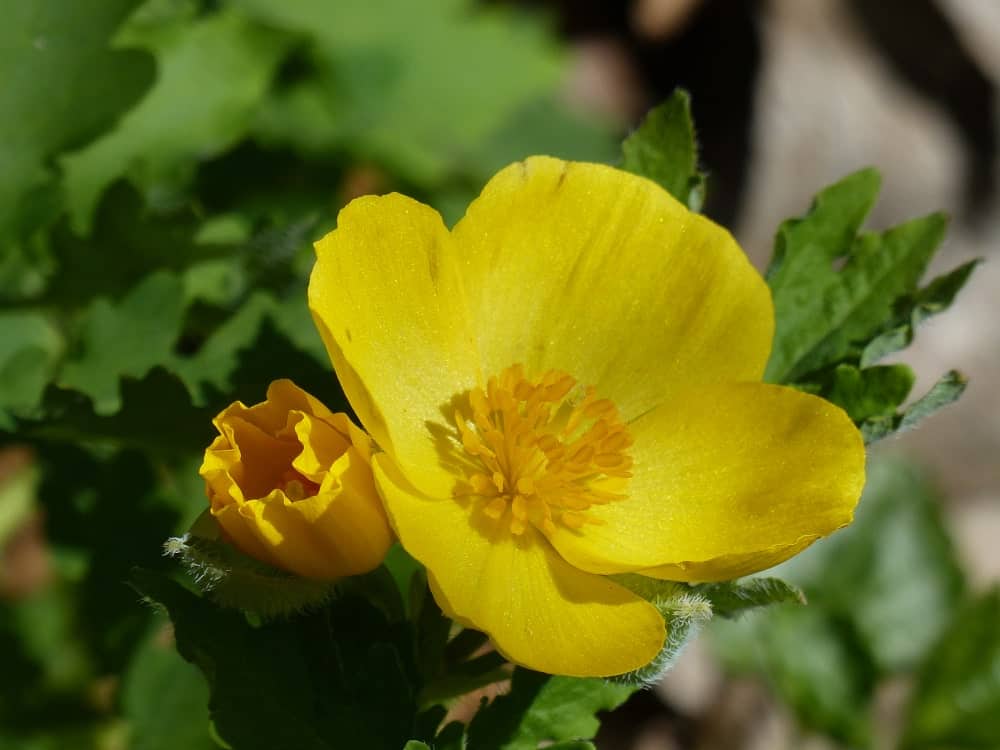 Celandine Poppy flowers are known as Stylophorum in the scientific community. It includes three main species of the poppy flower plant which are native to eastern North America and central, eastern and western regions of China.

They have bristly stems, their leaves have wavy edges and are lobed. The flowers have four yellow petals that are unique in their long style. Each stem produces many flowers, which makes the plant look really full and pretty.

The species in the Eastern United States grows up to 1.5 feet from underground rhizomes. The flower produces a yellowish-orange stain and forms a brilliant display on forest floors during spring. They do produce pollen but contain no nectar.

Forest clearance has led to the loss of these flowers. Since they grow in semi-shaded areas, even selective logging can have dire effects on their habitat.

If too much sun reaches the forest floor, the poppies don’t survive. Due to their limited distribution in Canada, many conservation efforts have been made under Ontario’s Endangered Species Act, 2007. 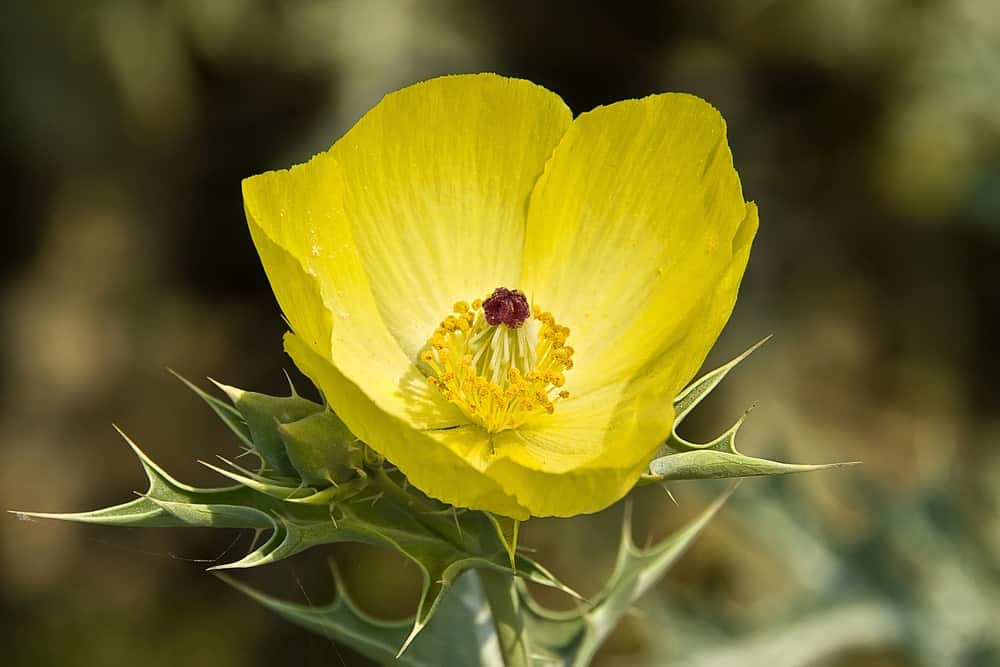 Prickly poppies or Argemone has around 32 species which are spread out over the Americas and Hawaii.

The Mexican prickly poppy is the most common out all of them and has been naturalized throughout the world. It is a really hard poppy that is tolerant of poor soil and drought. It is poisonous to grazing animals and is really bright yellow in its color.

Native Americans, Mexicans, and Tamilnadu in India have been using it medicinally for years now.

In Mexico, the Seri of Sonora use the plant dried and fresh to make an infusion which is belied to cure kidney plan, expel a torn placenta, and clean the body after parturition.

In Spain, the plant grew in popularity as a laxative and was added to the pharmacopeia. Traditional healers in Mali use a prickly poppy tea to treat malaria.

In India, the plant is used to treat poor eyesight, various skin condition, and snake and scorpion bites. A tea made from the poppy is also used to improve respiratory health, as well as to eliminate worms in the intestine. 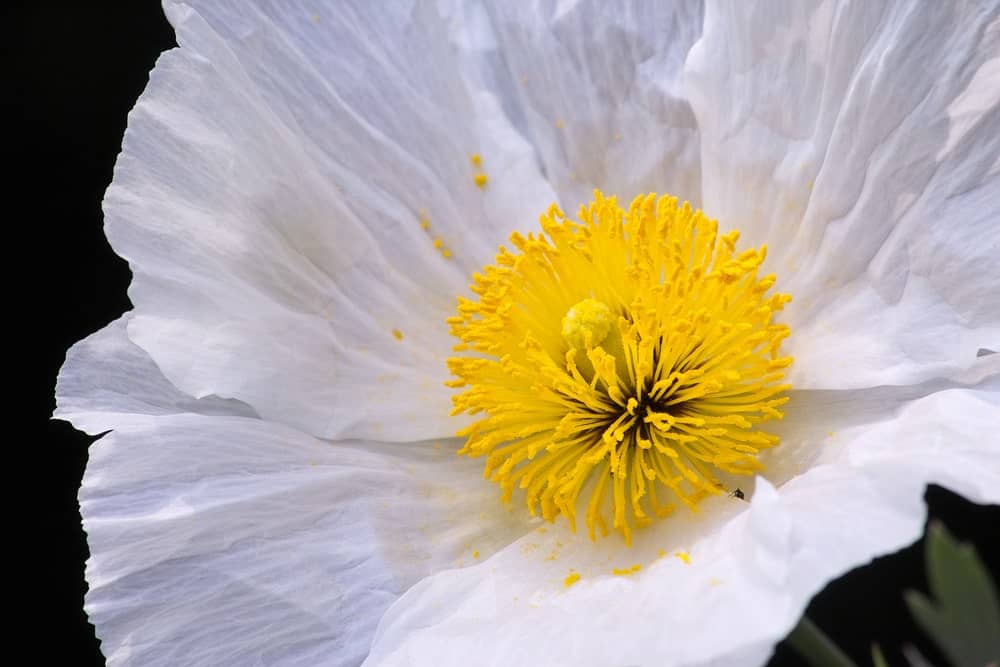 Matilija Poppies are also known as the Romneya which has two main species of poppies. They are tree poppies which are native to northern Mexico and California.

The white flowers are perennial subshrubs that have woody stems resembling trees. They grow up to 8.2 feet and have silvery green leaves with deep cuts and hairy fringes.

The flowers have intense yellow centers that bloom in the summer, which is why they are also sometimes known as the “fried egg flower”.

The Matilija Poppies are the largest flowers of the poppy family and look beautiful across the forest flower. They thrive in fertile soil with good water drainage and warm sunshine.

It is difficult to cultivate, but once it has naturalized to an area, they are difficult to eliminate. In some regions, the Matilija Poppies are known as “fire followers” since they are sometimes found in burned areas. 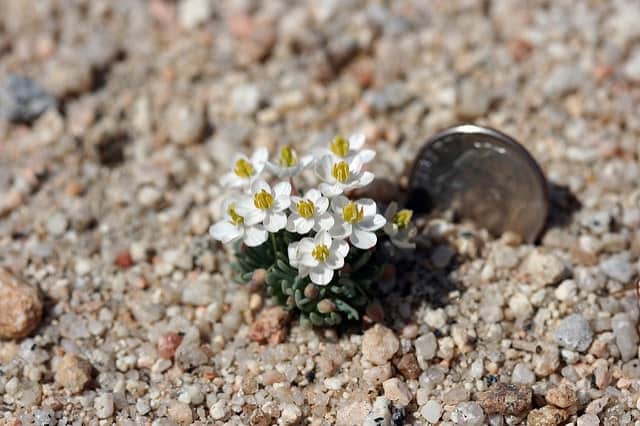 Pygmy poppies were named Canbya after a well-known botanist named William Marriott Canby. They are found in dry regions of western North America.

The species of the pygmy poppy is really small since they are less than 10 mm across and a few centimeters tall. They usually have 5-7 petals and are a pearl-white color with a yellow center.

Wind Poppies are known as Stylomecon which belongs to the Papaveraceae family. They are native to northwestern Mexico and California. The Wind Poppies are one of the spring jewels of the San Elijo Lagoon Conservancy.

They can be found along the Rios trail and scatter all over the small glades that contain perennial shrubs. They have slim, long stems that are most leafless.

The orange-yellow flowers seem to float on the vegetation growing around them and are so delicate that they move with even a gentle breeze.

Biologists have aptly named them Wind Poppies due to the delicate movement of the flowers that are affected by the breeze, which resembles the movement of waving flags.

This movement attracts pollinators even from a great distance and helps to ensure the production of seeds for the next season. 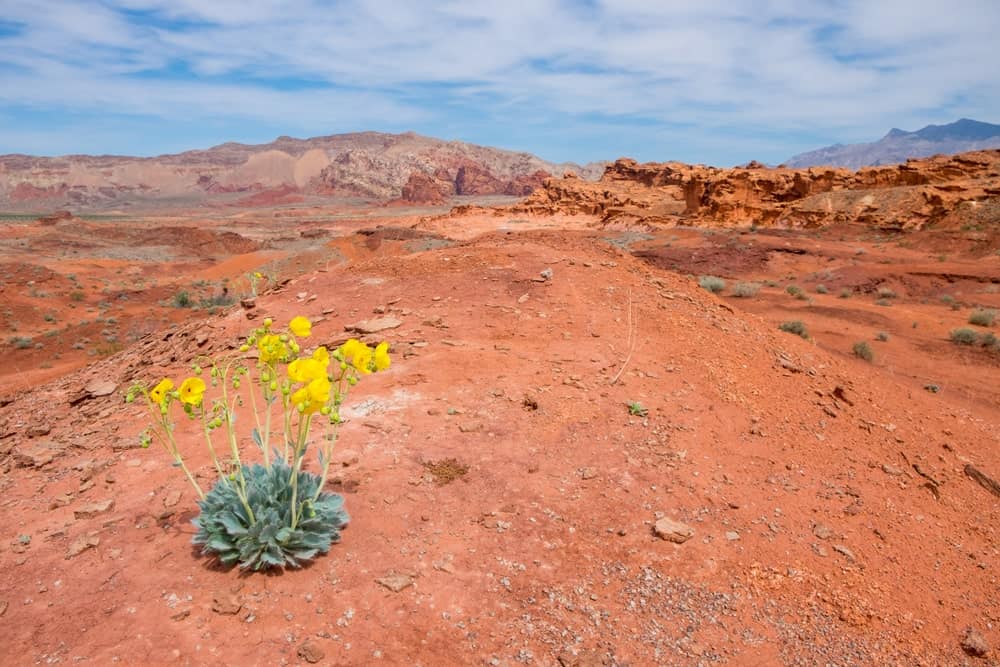 The Desert Bearpaw Poppy is known as Arctomecon and is a genus of the poppy family of Papaveraceae. They are native to the western part of the Mojave Desert in North America.

All three species are uncommon. The plant is a really hard and grows in the driest and harshest soils of the Mojave. They thrive in areas with high gypsum content.

The Bear Poppy plant has a cluster of leaves at the base that has a grey or light blue color. Each leave is divided at the end into several teeth and covered in long hair.

This cluster resembles a hairy bear paw which is where the name of the poppy comes from. The flower has yellow or white petals that look beautiful against the reddish brown soil of the desert. 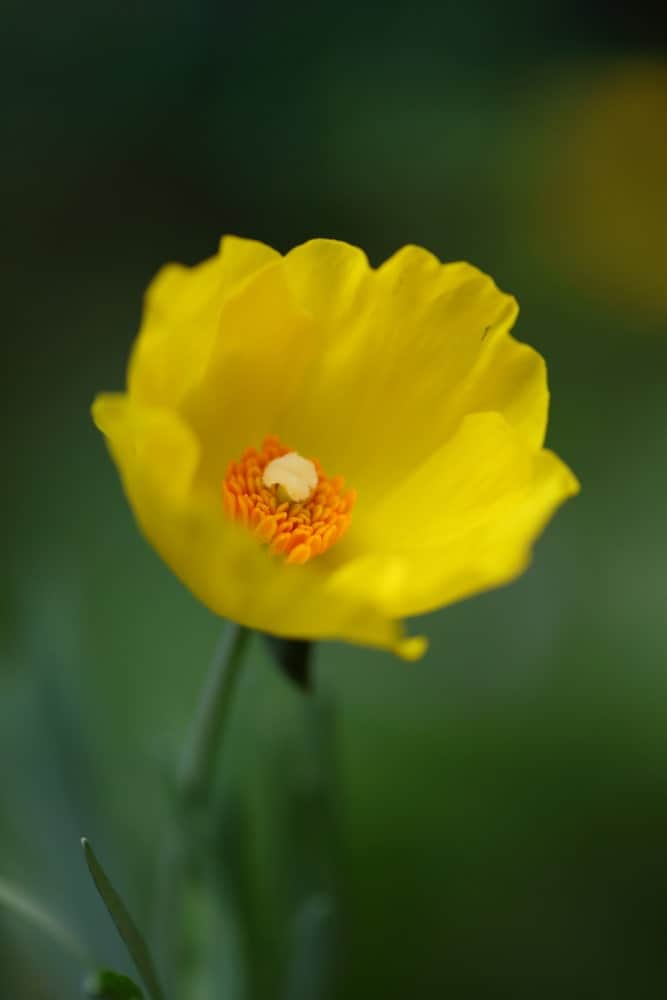 The Tulip Poppy is part of the Papaveraceae poppy family, which contains a single species called the Hunnemannia fumariifolia.

They are also known as the Mexican tulip poppy since they are native to the highlands of Mexico. They are found at high elevations of 4,921–6,562 ft in the south to central Mexico.

Most of them prevail in the Chihuahuan Desert on the rocky habitat and along roadsides.

The perennial plant has erect stems that are somewhat woody at the base of the pant. They can reach up to 24 inches and have four overlapping petals.

The solitary yellow flowers resemble tulip cups and have orange anthers. They are widely cultivated in many places since they are such beautiful flowers by seed. 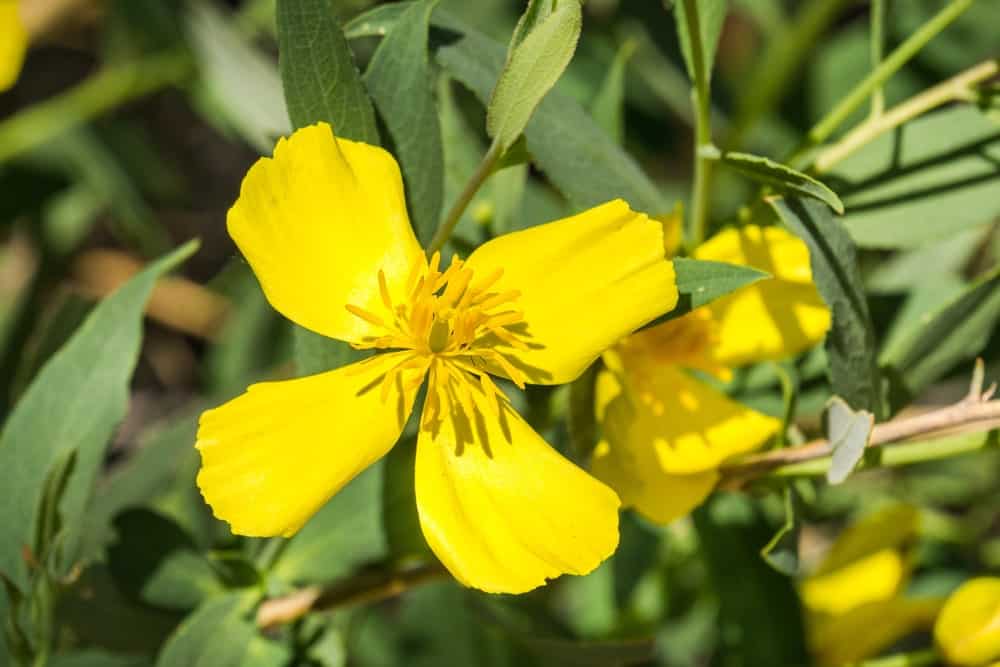 The tree poppy is also known as the Dendromecon. It contains two main species of poppies which are native to chaparral regions northern Baja California and northwestern Mexico.

The leaves of the plant are evergreen and grow up to 3–10 cm long. The petals of the flower have a satiny feel and have a bright yellow color. They shed after pollination, which usually occurs in the fall season.

They are often cultivated as ornamental plants and used for gifts and ceremonies since they are hardy even during mild winters. The plants can reach a height of 20 feet. 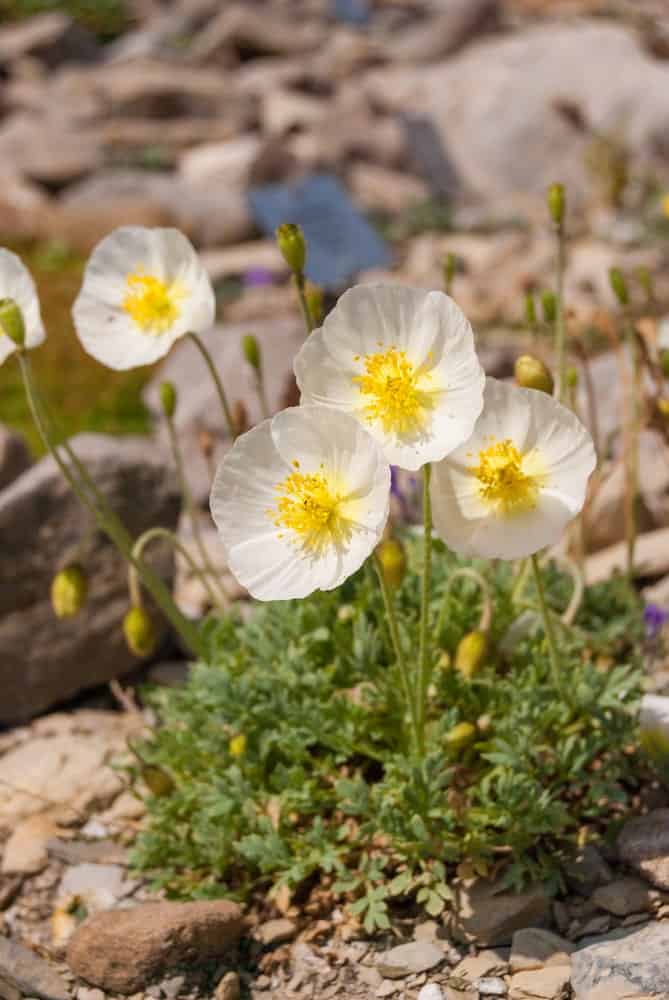 The Dwarf poppy is also known as the Alpine poppy since it is native to the Alps region. They have many subspecies of which four are found in Austria.

They grow upright and have short perennials with small leaves. They grow 5 to 20 cm tall and have many hairy and upright stems.

Like many poppy species, the flower produces latex, and the feathery leaves arrange themselves on the ground surrounding the rosette.

The flowers are known hermaphroditic plants and produce pollen but have no traces of nectar. They have a pleasant fragrance, which makes them a great ornamental option.

The Dwarf Poppy can even survive in rocky areas since they have a strong taproot. This helps them secure their body with the root hair angled upwards. 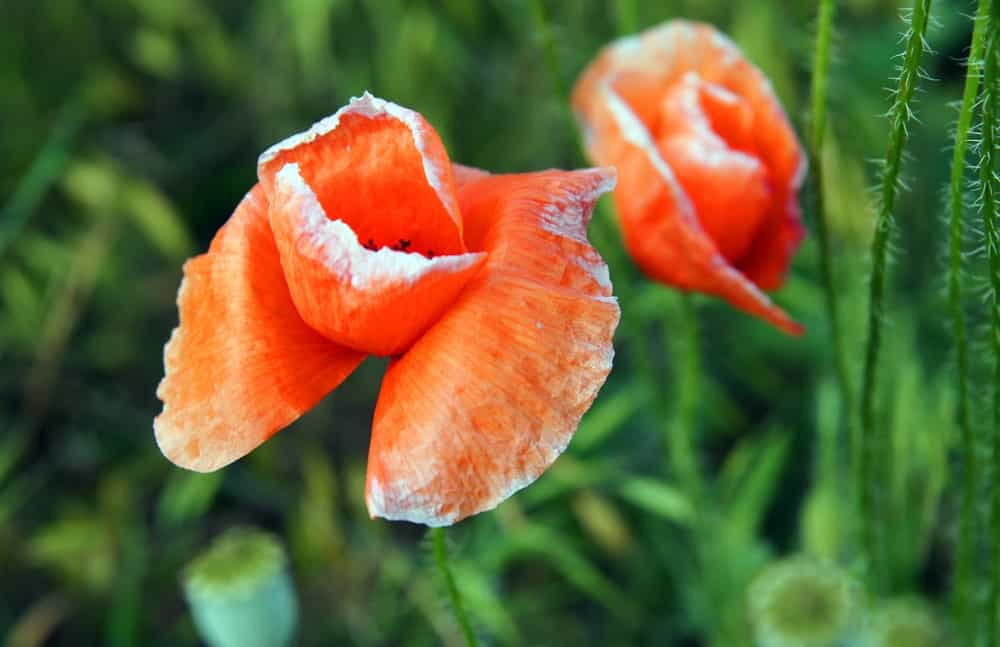 The Long Pricklyhead Poppy is also called the Papaver argemone and is a species of the genus of Papaver. They are native to North Africa and Eurasia but is also found in the wild in some regions of North America.

They are popularly cultivated as an ornamental poppy plant. The stem of the plant grows up to 15–50 cm and is covered in stiff, prickly hair.

The green leaves resemble ferns and grows at the base of the plant. It blooms during spring till summer from May to July.

The petal of the Long Pricklyhead Poppy was once common in folklore as a test for faithfulness. As legend tells it, the petal is placed on the palm of a loved one.

If it produced a snapping sound when it was struck with a fist, then the lover was considered faithful. 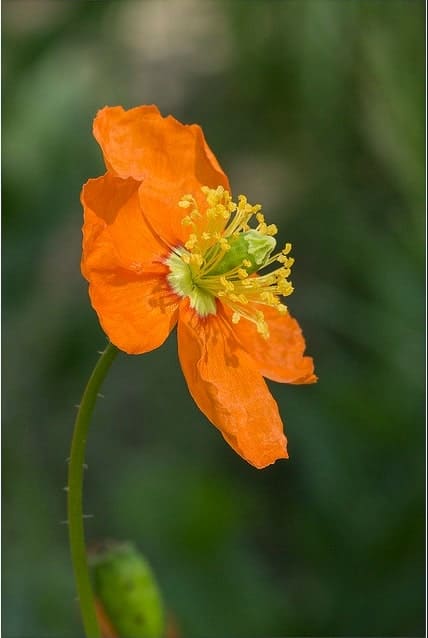 The Fire Poppy is also called the Papaver californicum and is native to Southwestern California and Central Western California. It thrives in oak woodlands, chaparral, and other similar habitats.

It is usually spotted in places that have been recently burned, which is where the name of the Fire Poppy comes from. It is an annual herb that has a hairy to hairless half meter stem.

The Fire Poppy has four petals that have a nice orange color with green bases. The petals are similar to the Wind Poppy since they too are delicate and thin. 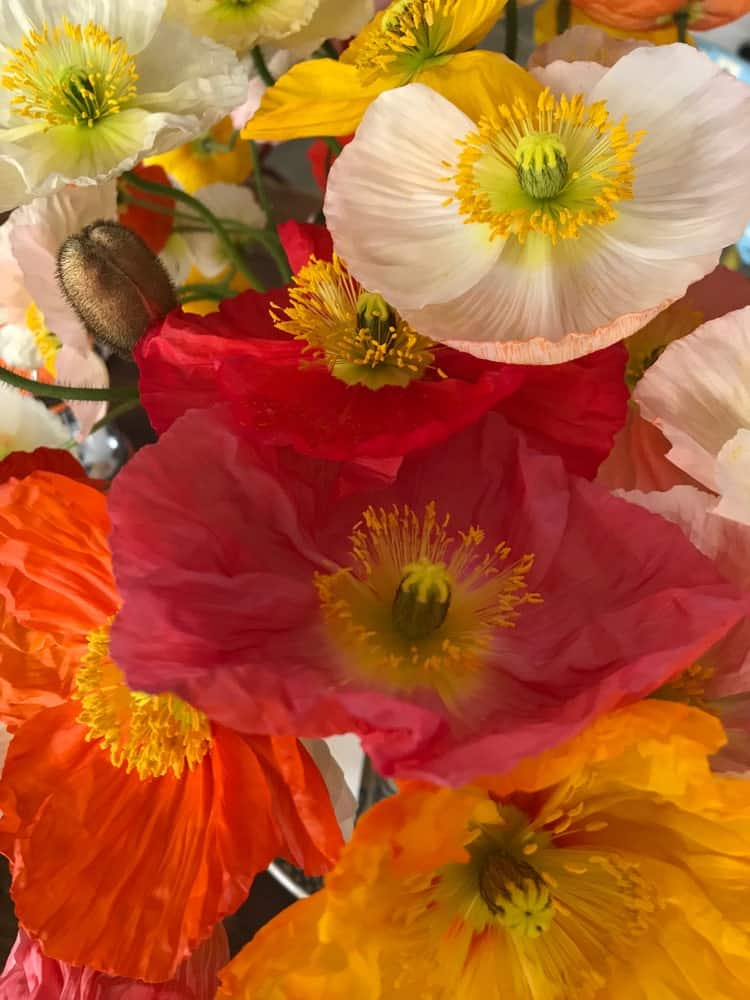 The Ice Poppy is called Papaver croceum and is part of the Papaveraceae family. They are found in habitats such as meadows, rocky slopes, landfill sites, and pastures. They grow up to 12–16 as a biennial or perennial herbaceous plant.

They have a basal rosette with blue-green lobed leaves. The stems have thin hair and are mostly leafless. The flower usually has very wide four petals that come in a range of colors like yellow, red, white, and orange.

They bloom in the summer months of June to August are mostly sold as ornamental plants.

See all types of flowers here.