The Periwinkle has been around since the early ages and has enthralled humans with its numerous benefits apart from being a garden flower. 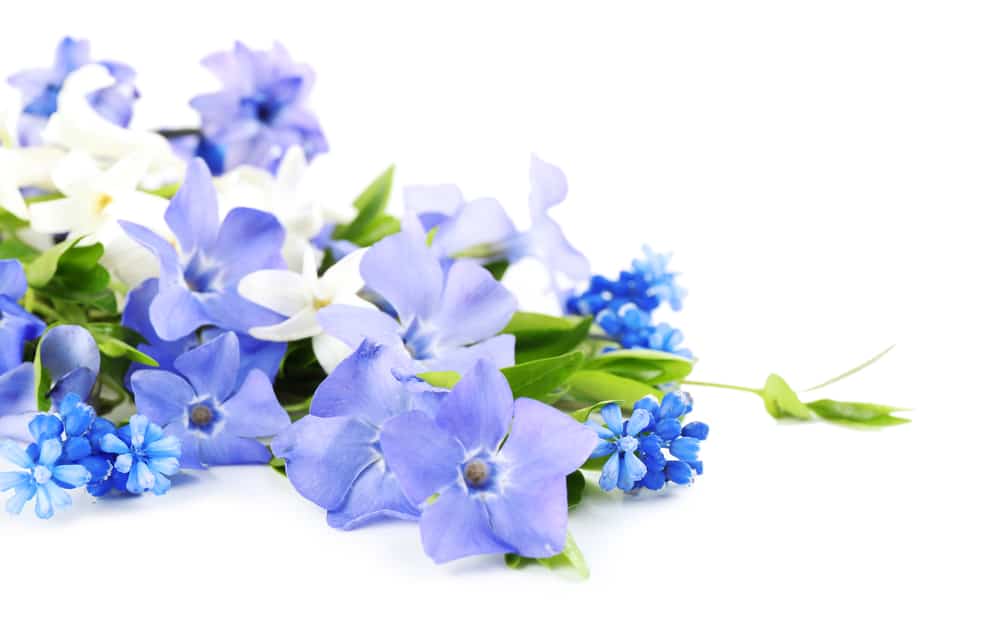 The periwinkle is a flowering shrub that belongs to the dogbane or Apocynaceae family. It has a rich and mystical history as an herbal and folk medicine. Superstitious Europeans in the Middle Ages called the purple-flowered plant the Sorcerer’s Violet because they often used it as an ingredient for magical charms and they believed it can dispel evil spirits.

The Madagascar periwinkle has been used for centuries as an herbal remedy for diabetes, eye infections, sore throats, tumors and other ailments. Western scientists also recognize it may have anticancer agents after a shaman in Madagascar used the plant for treating tumors and cancer.

White in color, this variety has very small blooms and leaves, and it blooms in the spring, although not as prolifically as other types of periwinkles. There is also a version of this flower called the Alba Plena, which is a double-flower variety and very attractive, although it is uncommon to find it commercially. 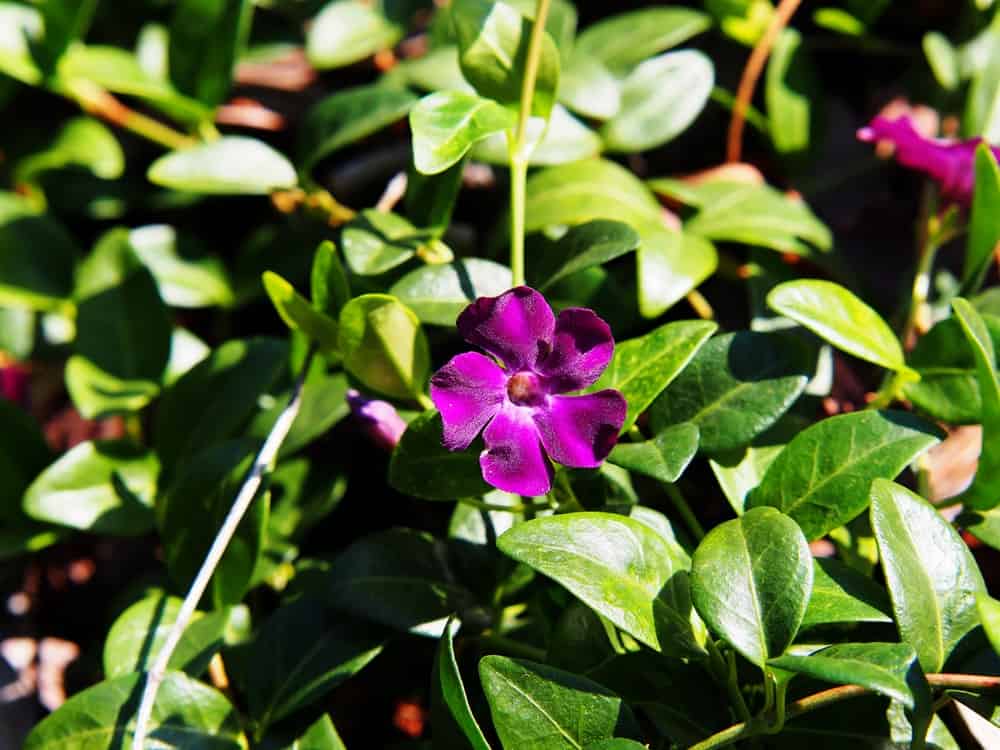 Also called the Wine Vinca, this periwinkle consists of large burgundy blooms that bloom starting from April to September, when they bloom sporadically. Although non-invasive, it is a vining plant and grows up to 12 inches wide, making it perfect for a border or at the base of a shrub.

With gold or yellow variegated foliage, this plant has blue flowers and a yellow edge on each leaf. It is ideal for small areas and is a trailing type of flower, although it does not grow aggressively.

These consist of blue flowers and yellow and green foliage.

With clump-forming, large petals in lavender, this variety of periwinkle is one of the most popular hybrids. It grows slowly, and you may have to plant more plants closer together to get the full effect that you likely want.

Just like its name suggests, this variety has large purple flowers and a double-flower form.

A white flowering form of periwinkle, it has a yellow and green variegation. 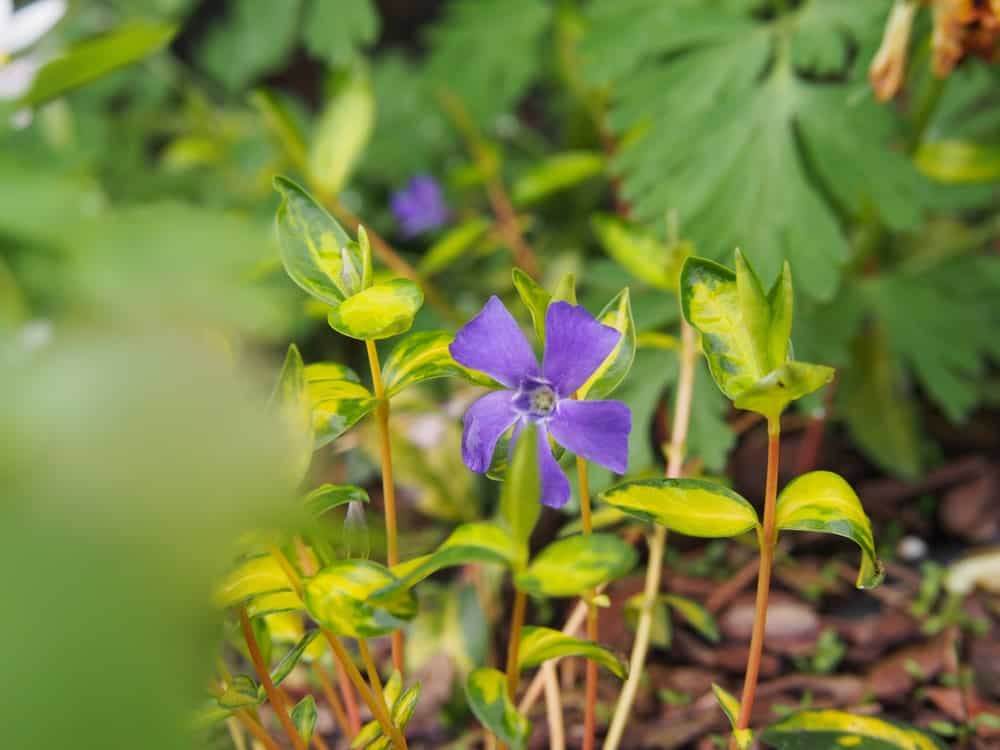 Fairly new as compared to other varieties, the Illumination has leaves with large yellow areas in the center of each and a narrow strip of green found on the edges. It grows up to 30 feet in height and blooms from April through the fall months. Even though it is a tall plant, you can still use it in containers, where it has a beautiful look.

A white flower, this variety has small white petals that bloom in the s It prefers full sun and is slow-growing.

With double-lavender flowers and a yellow variegation, this plant is less hardy than many other varieties but no less attractive. 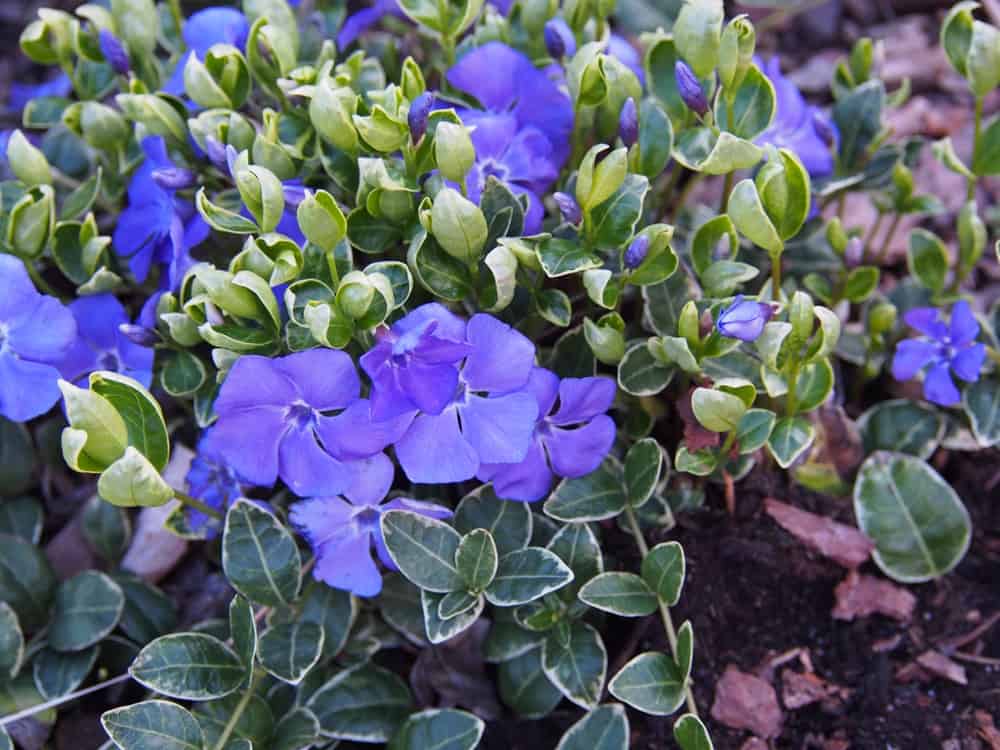 Of the Bowles Variety, this flower has leaves with white edges, and the petals themselves are sky blue. The flowers are patented and cannot be grown without permission, although they are very attractive.

This is a variegated type of flower with a very narrow strip of white around the leaves and a dark blue color, 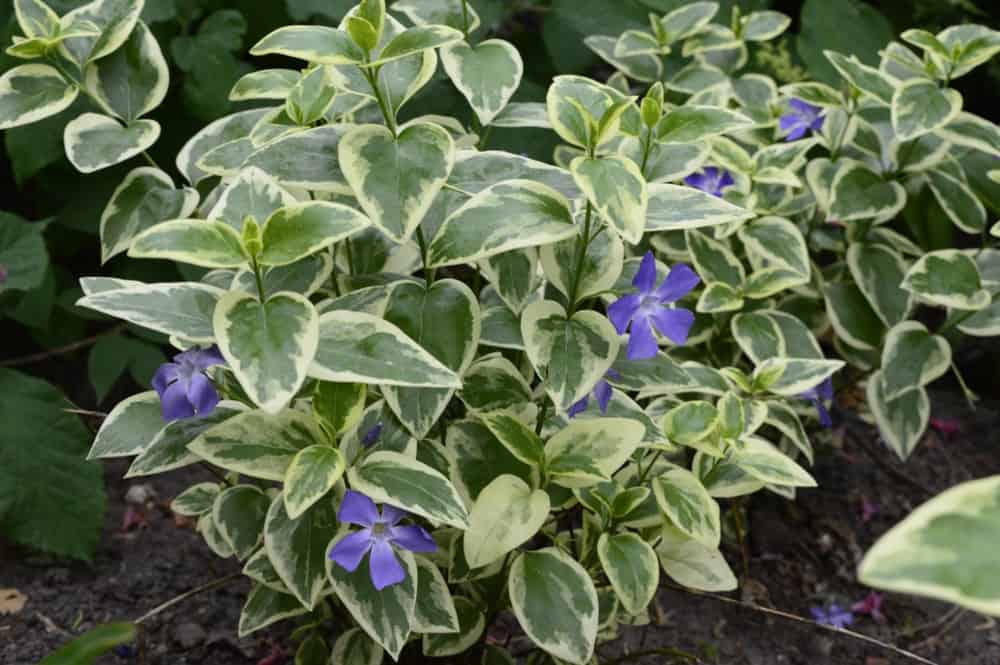 With beautiful, large violet flowers, it has won numerous international flower awards and grows up to 18 inches tall.

The Benefits of Growing Periwinkles

In addition, some studies have shown that periwinkles can suppress the immune system. Periwinkle, and anything with periwinkle or Vincamine in it should be avoided if you’re pregnant or breastfeeding.