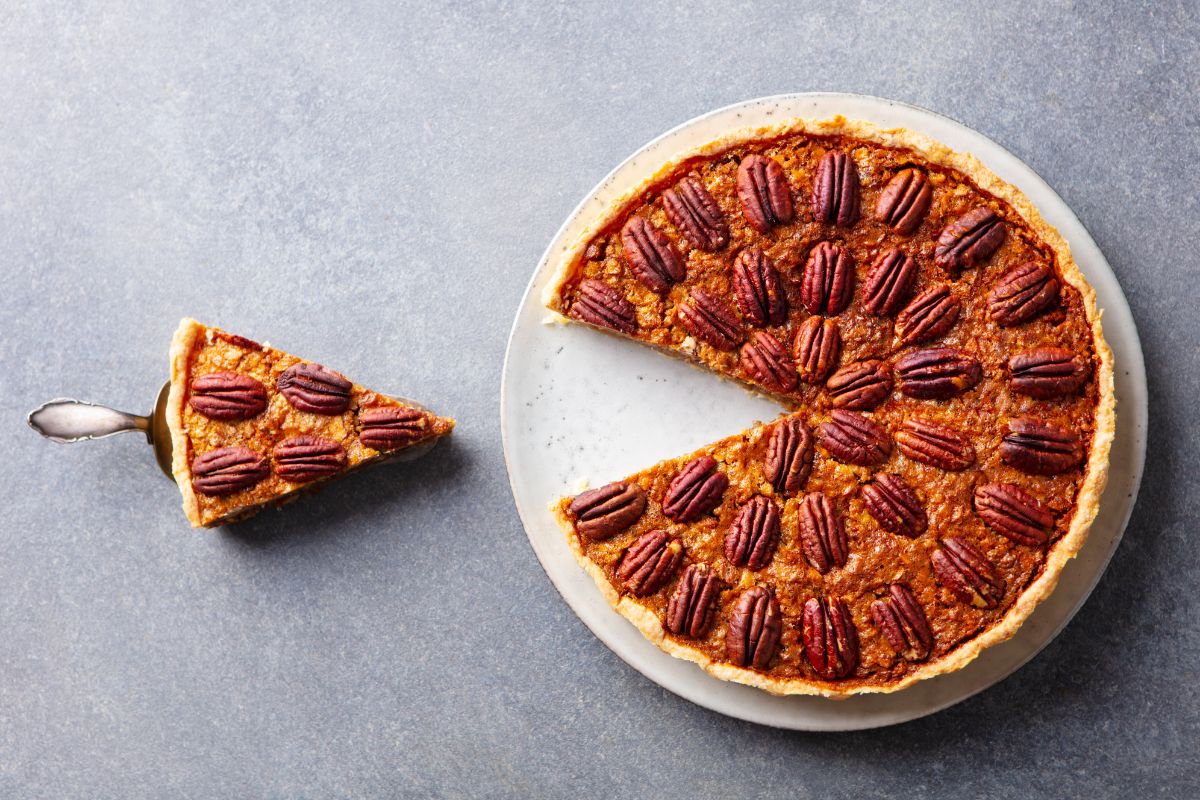 Pecan Pie: A Bit of History

Before we can talk about types of Pecan Pies, we need to look at a bit of history.

Pecans were used in the Southwest United States by the native populations before Texas was ever a thing. Some claim that French settlers in Louisiana created the pecan pie after being introduced to pecans by local tribes. Similarly, by some accounts, the first appearance of the Pecan Pie occurred in 1898 when a Texas woman submitted a recipe for Pecan Pie to a St. Louis cookbook, while others claim that the earliest instance of a pecan pie recipe appeared in an 1886 issue of Harper’s Bazaar.

Regardless of any controversy surrounding the pecan pie’s history and origins, the pie’s popularity didn’t catch on for a couple more decades, and it would be thanks to the help of a major company, Karo, maker of Karo syrup.

In the 1920s, food companies regularly created and promoted recipes to encourage consumers to purchase and use their products. Before this time, most people lived off the land with no knowledge of products for sale. Karo wanted to sell more of its syrup, and they did so by promoting its use in pecan pie recipes.

Both pecans and corn syrup were readily available in Texas, particularly in the Texas Hill Country, where the trees bear fruit in the autumn months, just in time for the holidays. It wasn’t long before Texans had pecan pies on every holiday dinner table. Karo’s recipe for pecan pie helped the dish spread throughout the South, and sales of Karo’s corn syrup skyrocketed. The campaign was a success!

So that is some history of the Pecan Pie.

What is Pecan Pie Exactly? 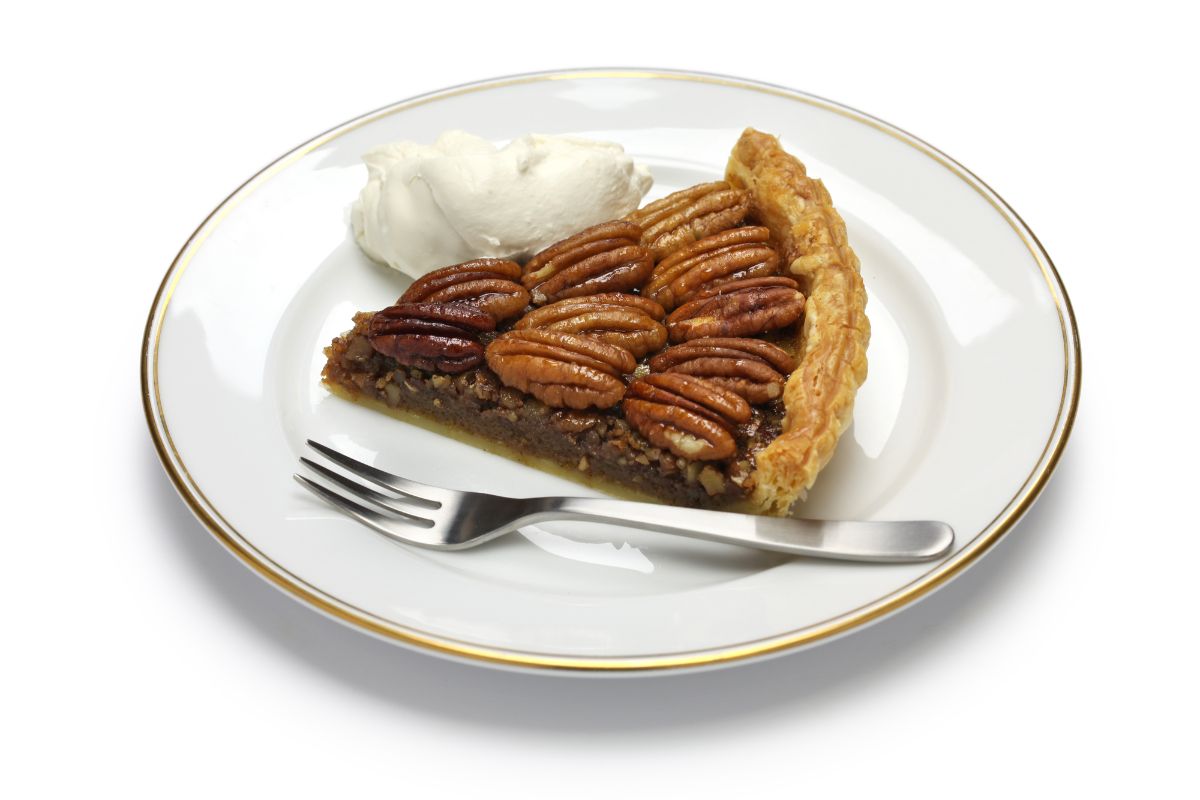 The earliest recipes called for a simple standard pie crust to which a mixture of fresh pecans, eggs, sugar, corn syrup, and butter would be added.

The rich earthiness of the buttery pecans naturally goes into combat with the sweetness of all the sugars when you put them in the ring (or pie crust) together, and people who love this fight between the sweetness and the nuttiness (most Texans) love Pecan Pie.

As for types of Pecan Pies, it’s easy to see how anyone could modify such a simple recipe endlessly. In fact, before adopting the Pecan Pie as the official pie of Texas, representatives in the legislature considered adding provisions to the resolution. Some argued that the pie could not have chocolate, others that the pies must be made with only Texas pecans. These provisions did not make it into the final legislation. Nonetheless, Texans are still opinionated about what makes a real Pecan Pie. 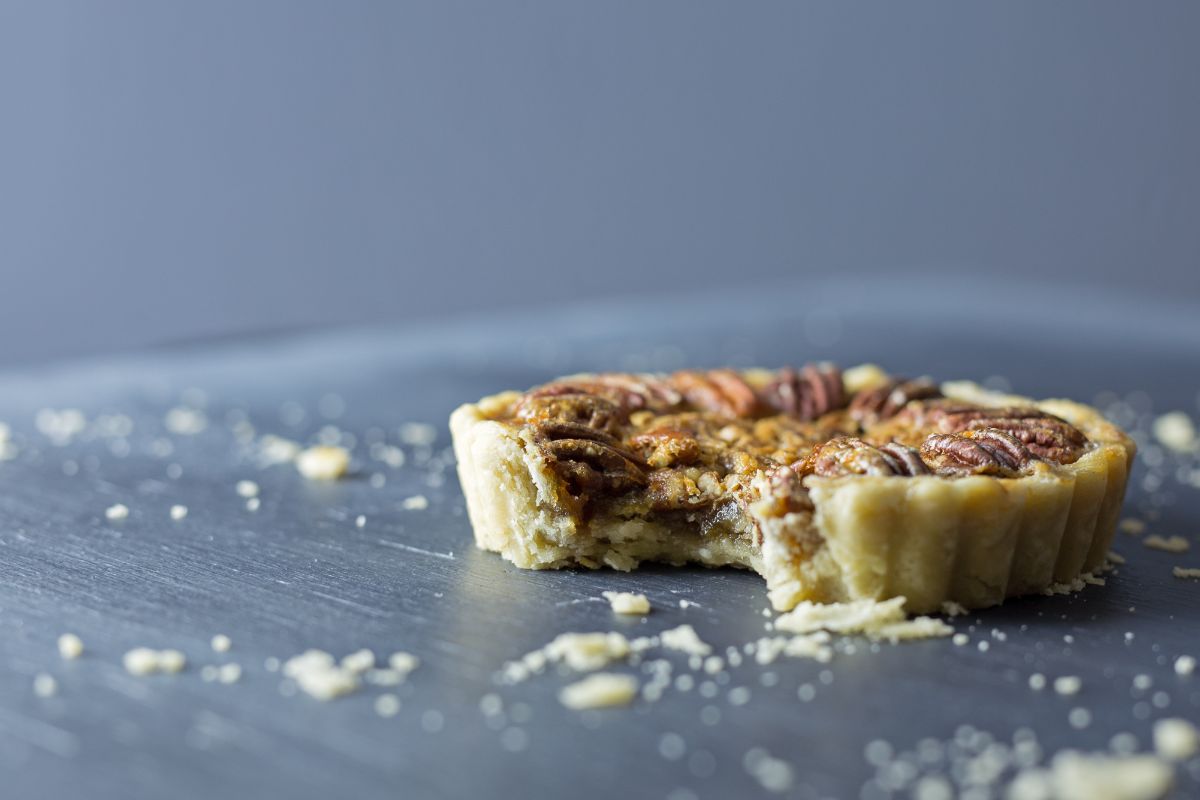 Mix the sugars, salt, syrup, and then the eggs.

Blend it all, and then add the melted butter.

Cover the bottom of the pie shell with pecan halves.

Pour the pie filling over them.

Bake 50-55 minutes or until there is no soupy spot in the middle of the filling. Remove from oven. Let it cool on a rack. Serves 8.

Thankfully, opinions alone haven’t stopped home chefs from experimenting with their pies, and so you can find all varieties of pecan pies beyond the standard.

However, there is only one type of Pecan Pie, which is the standard tried-and-true Pecan Pie recipe. While it can be argued that the proper classic pecan pie, the one that used molasses and cane sugar and originated before Karo Syrup’s advertising campaign, is the authentic pecan pie, the standard these days do, in fact, still include Karo Syrup as it’s the main sugary ingredient.

Still, there are countless variations on that standard Pecan Pie recipe. It would be impossible to cover every variation on the classic pecan pie recipe.

Here are a few of the most common and well-known variations:

This pie is named after Alice Colombo, a food editor for the Louisville Courier-Journal in Kentucky, who made this pie on the occasion of the Kentucky Derby. The recipe included cornstarch to soften the top, chocolate chips, whipped cream, and, of course, bourbon whiskey. 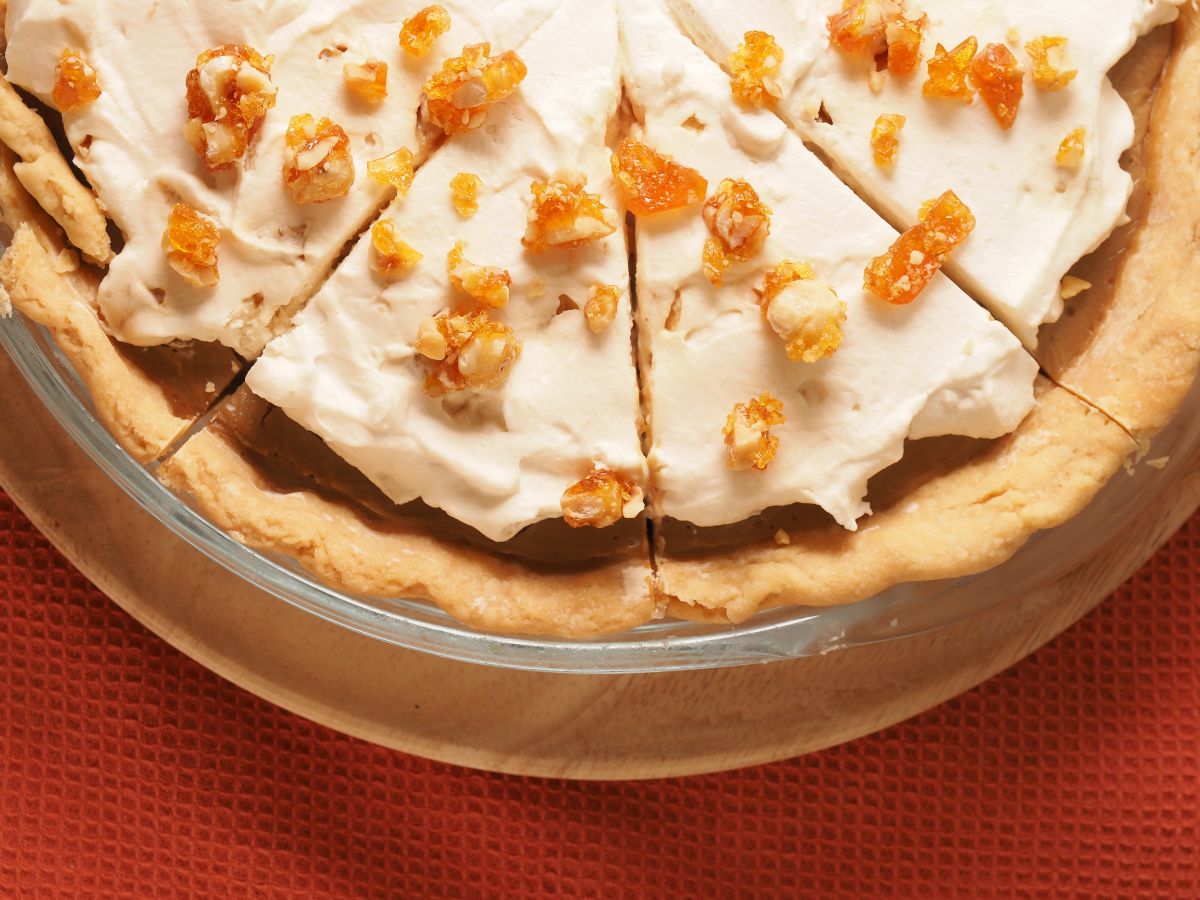 Butterscotch Pecan Pie recipe calls for the addition of butterscotch chips and brown sugar, in addition to, not in place of, corn syrup. 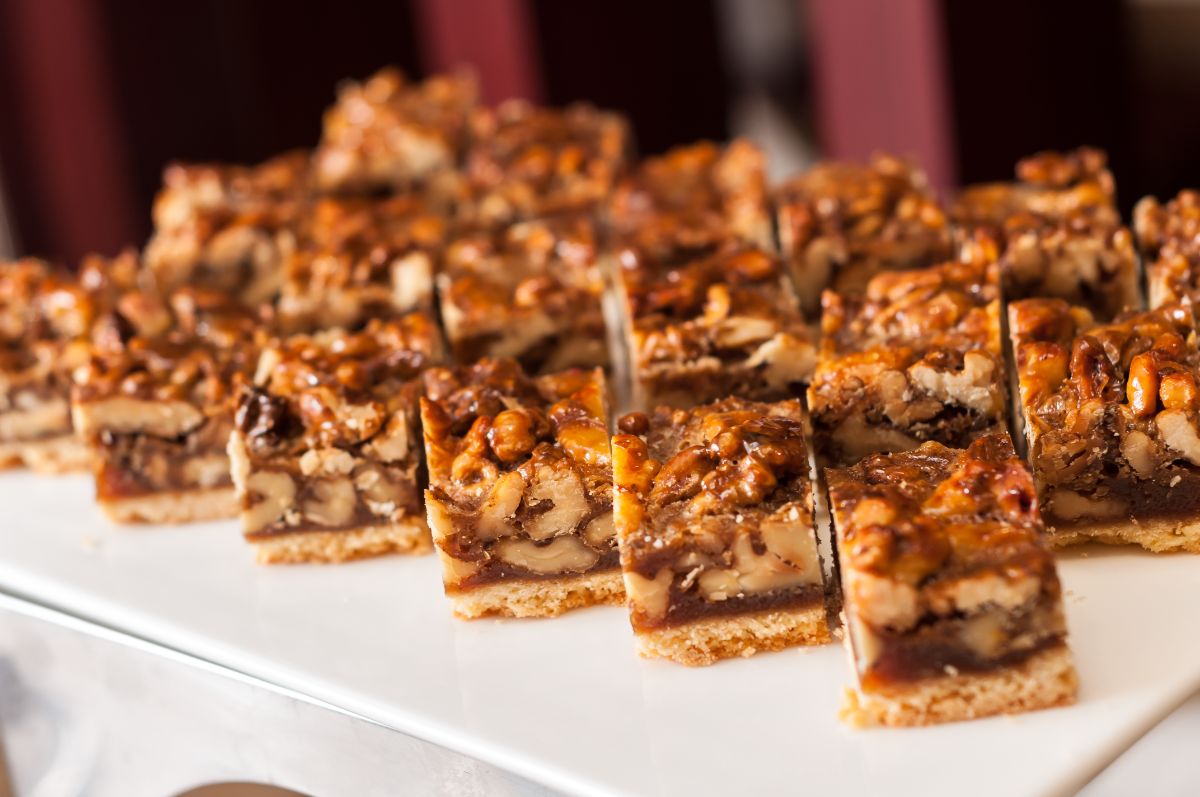 Chocolate Brownie Pecan pie is a version of the pecan pie that has the nuts on the surface, but underneath the nuts, it is layered with chocolate pudding and fudge and can be served at room temperature or chilled. 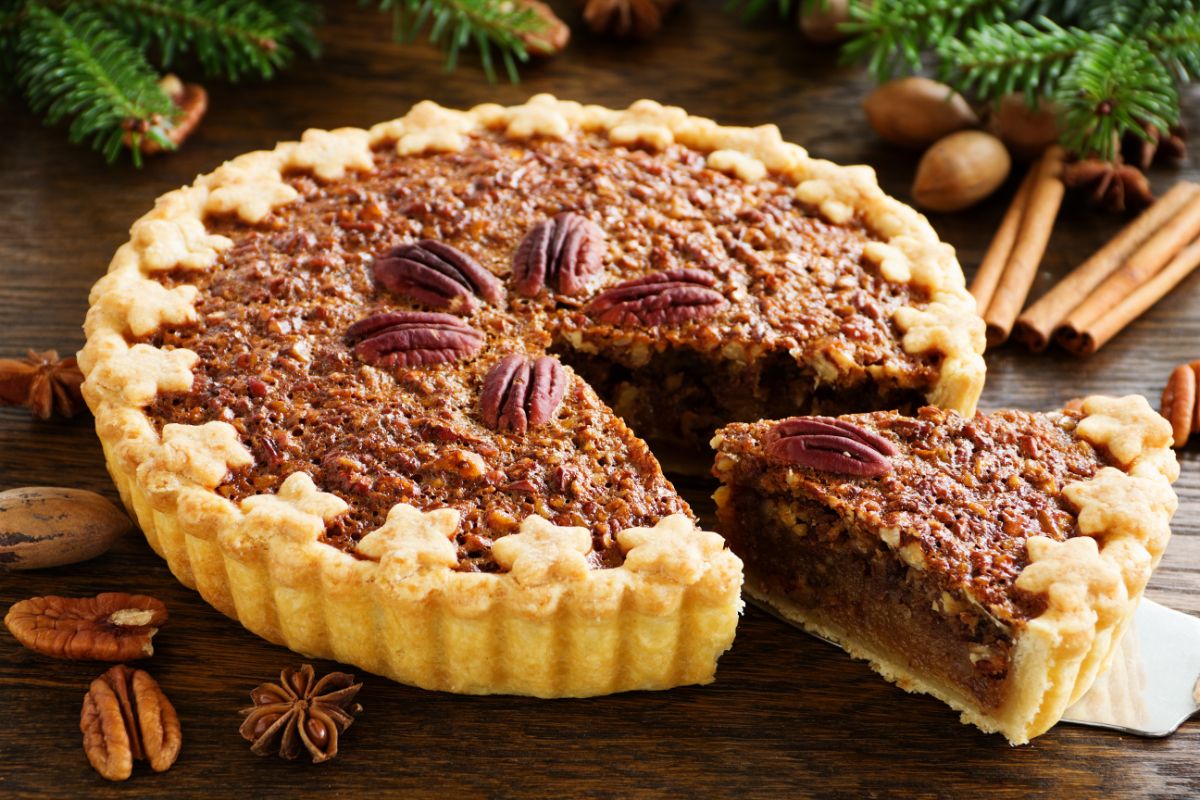 Patti’s Restaurant, located in Grand Rivers, Kentucky, has its own version of the pecan pie, The Sawdust Pecan Pie. This recipe consists of an egg-batter filling with coconut, graham cracker crumbs, and pecans, topped with whipped cream and sliced bananas.

Transparent pecan pies are what is known as “Shoofly Pie.”

I had heard of shoofly pie, but only now am I discovering what it actually is. Every day there is something new to learn, ain’t that the truth?

There are many variations of this pecan pie type, but one is a regular pecan pie recipe with no pecans!! The usual vanilla extract is replaced with nutmeg or lemon juice. One wonders how it qualifies as a pecan pie at all! Shoofly pie! Get Outta Here pie is more like it! 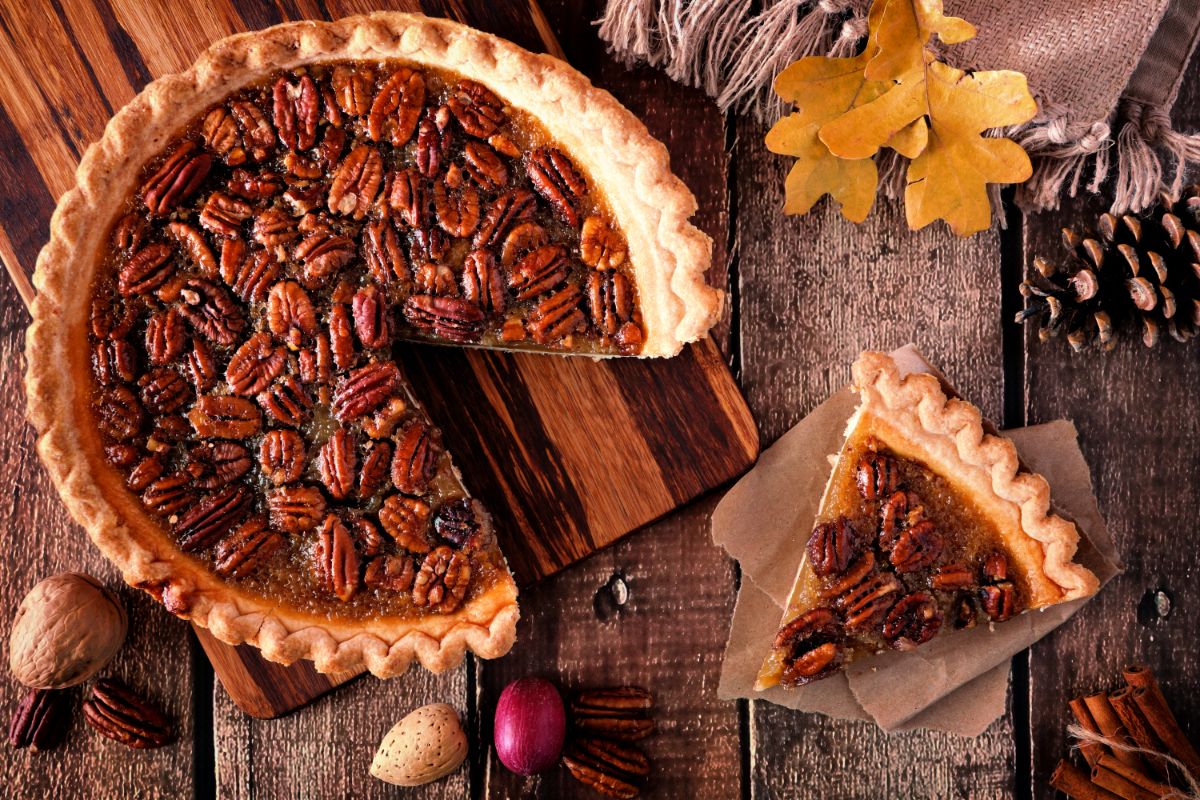 Handheld Pecan Pie version of the pecan pies swaps out a regular pie crust for a shortbread crust and bakes pecan pie bars in a square pan. Not really quite a pie, if you ask me.

9. Healthy Pecan Pie (If You Can Believe It!)

Pecan pie usually clocks in at around 500 calories a slice and is full of sugar and cholesterol. So, how the heck do you make a healthy pecan pie? You can check out the entire recipe by clicking this link: Healthy Pecan Pie Recipe, but here are some of the significant changes made to the basic pecan pie recipe to make it healthy:

That covers the major variations on the classic Pecan Pie.

Beyond these, people have found an infinite number of ways to mix and match ingredients from the basic types listed above. There are also pecan pie brownies, pecan pie bars, pecan pie cakes, pecan pie bread, but these are not types of pecan pies but, ultimately, separate things entirely.