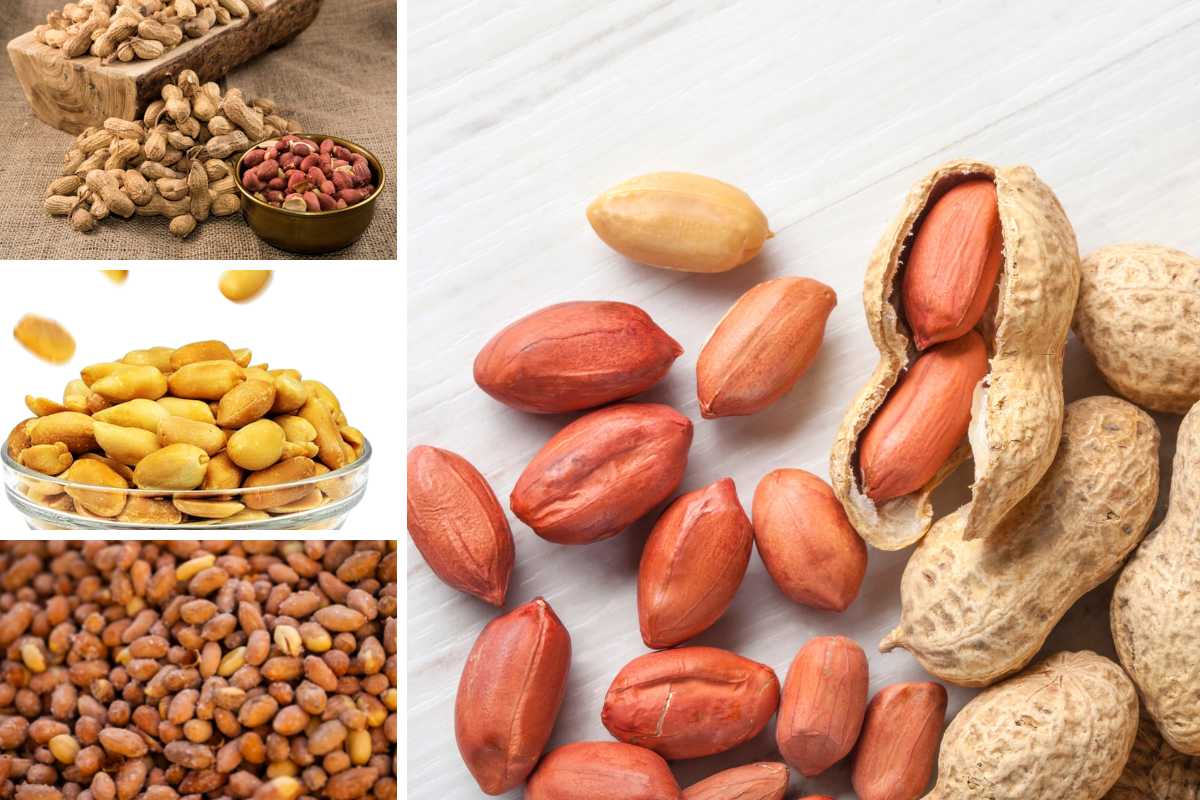 Not all peanuts are peanuts. Well, that’s patently a little obtuse, if not actually nonsensical, so please allow me to explain myself. Look, we can all agree that the stuff in peanut butter is mainly peanuts, right? So those nuts in peanut butter are, we agree, peanuts.

But what about peanuts we munch on at the ballpark? Are those peanuts? Are they the same peanuts in peanut butter?

I mean, they’re called peanuts, but are they? Wondrously, or horrifically–depending on your general disposition and passion for peanuts–it turns out that peanut-butter peanuts and ballpark-snack peanuts are not the same peanuts! Yep, it’s the old bait and switch, and we’ve been had for decades.

The US grows four types of peanuts: Virginia, Runner, Valencia, and Spanish. Each of these peanuts is legally a peanut, but what we call peanuts in peanut butter comes from Runner peanuts, the same peanuts used in confectionaries like Cadbury™ Snickers™. What we call peanuts at a ball game comes from Virginia peanuts. We roast Spanish peanuts, and we boil Valencia peanuts. 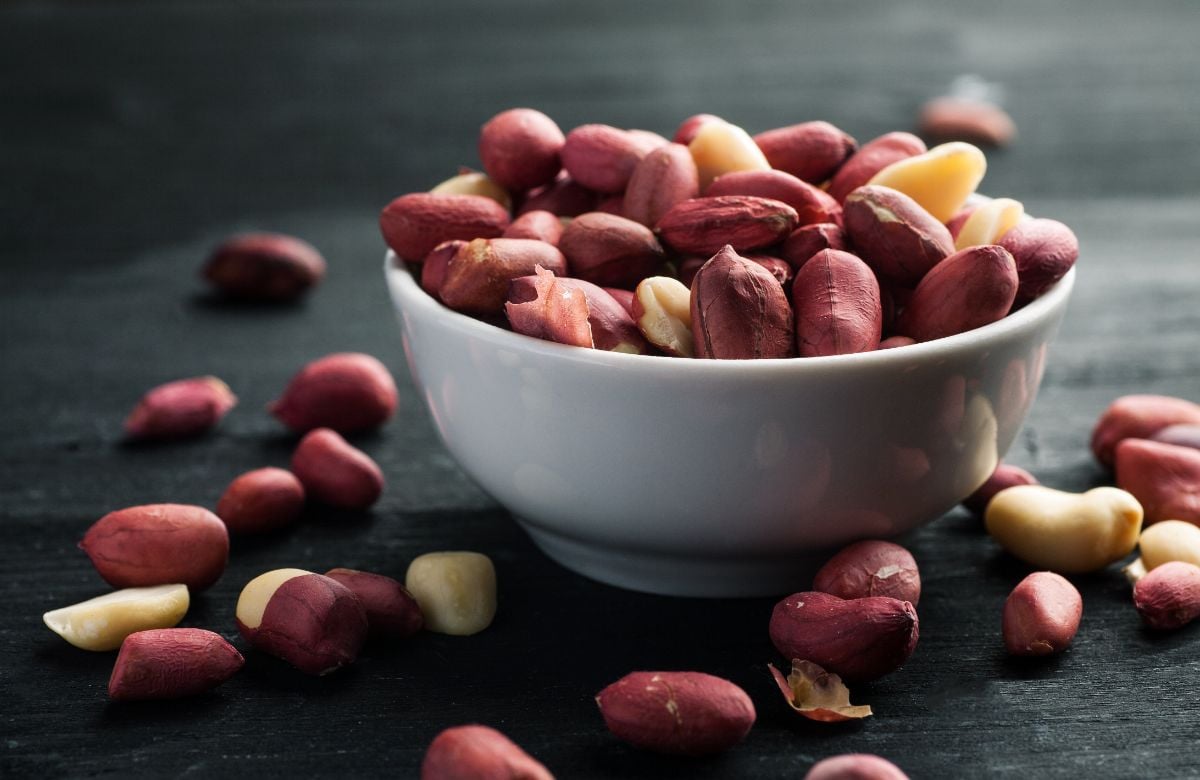 Valencia peanuts have at least three seeds in the pod; sometimes, they have more. Along with its naturally sweet flavor, Valencia’s propensity for offering hungry snackers extra seeds makes this variety of peanuts a natural candidate for being boiled as a low-effort treat. To make this treat even more appealing, boiled Valencias are one of the very–very–few treats which are actually healthy and good for you.

Who knew? The weird thing about it is that even though Valencias are healthy, tasty, and plentiful, they only account for about one percent of production in the US, meaning there is no accounting for this weird deficiency. It’s not as if Valencias are hard to grow or anything.

In fact, many farmers do pretty well out of it, thank you. Valencias help bulk out farmers’ pockets, mainly in New Mexico and Texas.

One of the more noticeable attributes of the Valencia peanut is its rather thin shell. This might be a matter of some perturbance to the peanut, but to humans, it’s a cotton-pickin’ boon. Not only does the thin shell mean that the hungrily impatient can get to their little bundle of calories a lot more easily, but when boiled in brine, Valencia’s thin shells don’t put up much of a fight to prevent the brine from entering the pod.

The result is a gentle yet mouth-watering delight with just enough salt to make things interesting, but not enough to become a hypertensive cause célèbre. Valencias are smaller than other peanuts, though slightly bigger than Spanish peanuts, so most farmers separate larger pods from normal-sized ones. The larger pods are sold as gourmet attractions for boiling or roasting, while small-sized pods are retained and used for natural peanut butter.

The Other Kind of Peanut Butter

Well, let me preface my remarks by telling you that ‘our’ peanut butter, though it tastes divine, isn’t much of a healthy meal. In fact, it’s downright bad for you. It’s jampacked with sugar and stuffed to the brim with eager calories that can’t wait to get into your body to start packing fat and weight on you (whoo hoo).

In short, it’s very nearly like a vitamin paste that is chock full of nourishment but devoid of culinary joy. Sure, I’d eat it if I were starving, but along with most other folks, I give it a wide berth and leave it on store shelves for the ‘healthy eats’ types. (Spanish natural peanut butter is slightly tastier, see below.) 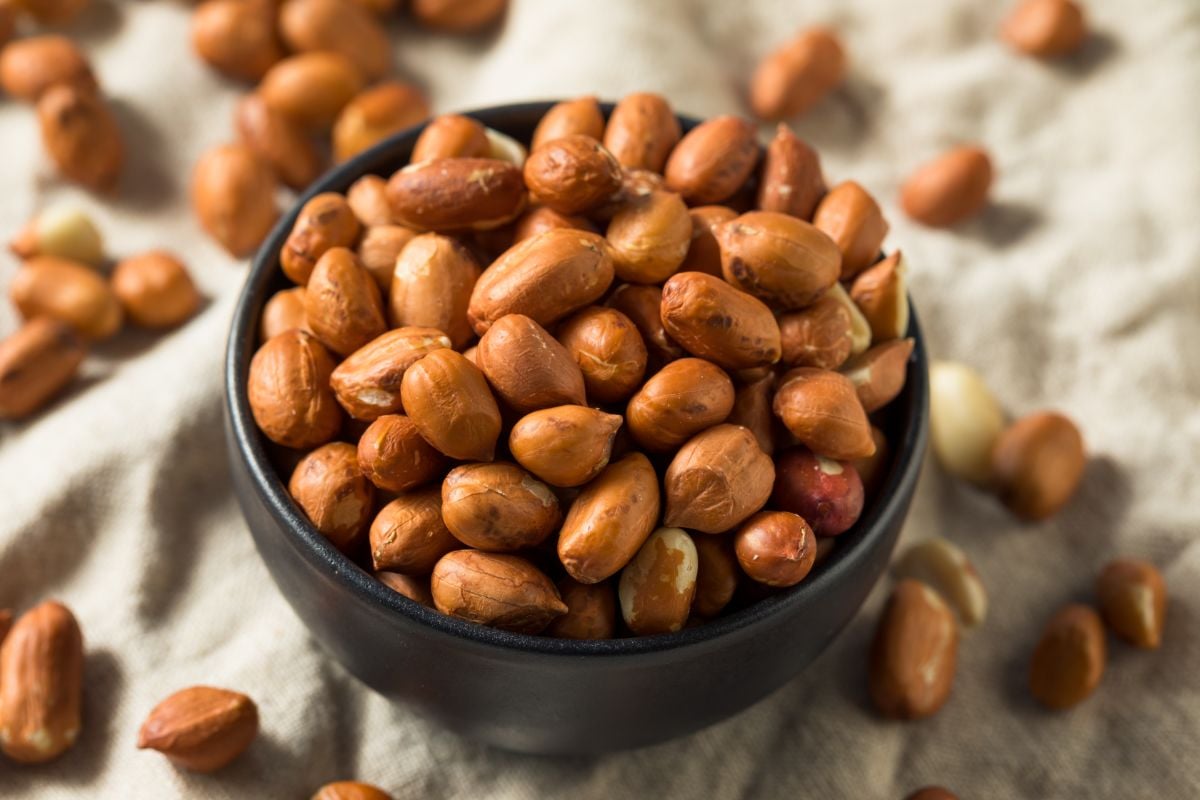 Spanish peanuts were first developed in Spain late in the 18th century, which I find is a satisfactory explanation of why they are called ‘Spanish’ peanuts. The Spanish are the smallest peanut variety, but for all that, they are a tasty nut, well-suited for duty as a roasted nut. And now that I’ve shared that little snippet with you, you’ve probably just realized that actually, yes, roasted peanuts are smaller than ordinary salted/unsalted peanuts.

Traits That Set Spanish Peanuts Apart From Other Varieties of Peanut

Spanish peanuts are small peanuts, as I’ve already stated. In itself, that’s neither here nor there. In fact, it is probably a good reason to not buy them, but being small is not the only distinguishing peculiarity of these peanuts. Spanish peanuts contain more oil per seed than other peanuts.

This makes them fantastic for roasting, which is why they are the preferred peanut in roasted peanut manufacturing. This is because Spanish peanuts roast very nicely in their own oil, giving the final product a rich nutty flavor without any help from other fats that would only diminish the taste of the roasted snack. With skin a rust-colored, deep red/brown, the rounder Spanish peanut contrasts nicely against other peanuts, which tend to be pale crimson and elongated instead.

These peanuts are also somewhat temperamental. They are prone to the ravages of diseases that make them dicey to transport, making them difficult to handle logistically, making them less attractive to buyers, making them harder to find in shops.

Foods That Use Spanish Peanuts 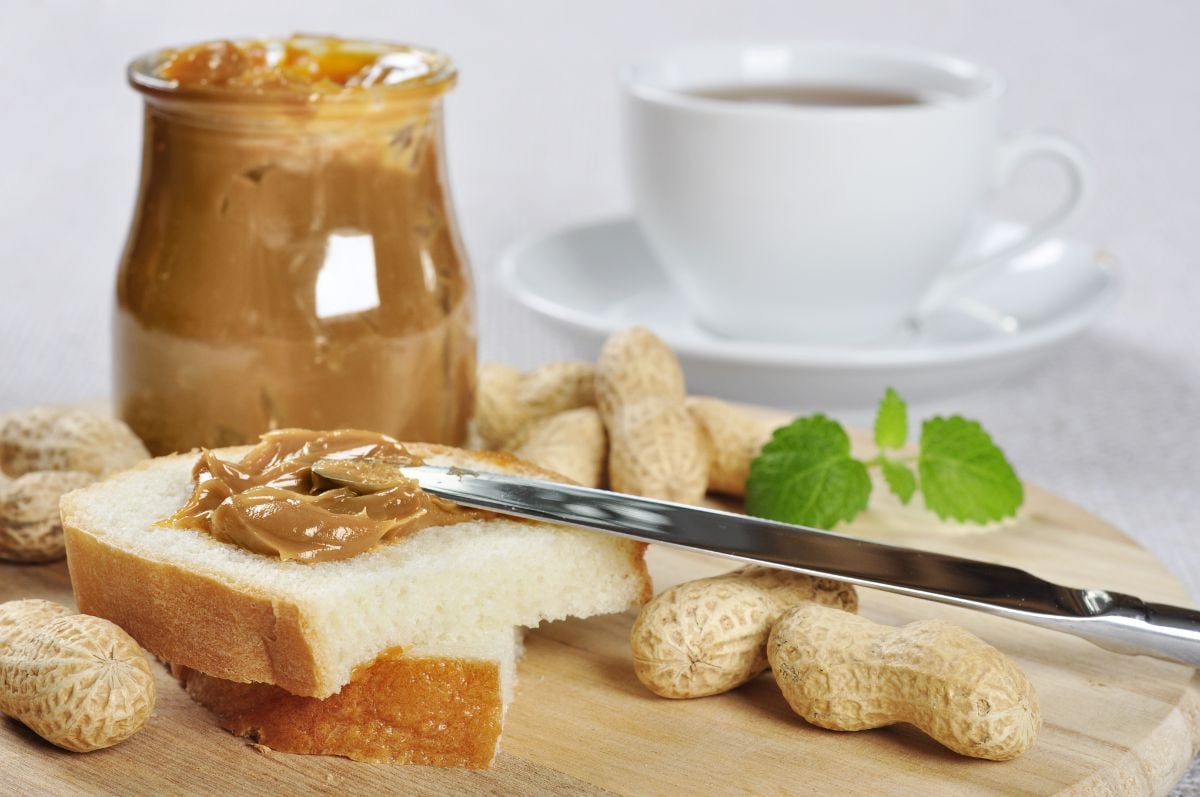 We use Spanish peanuts for roasting, as mentioned severally earlier, and, of course, for our old friend, peanut butter. In fact, when it comes to natural peanut butter, the Spanish comes into its own. Its inherent oiliness means that it makes a spreadable peanut butter that needs little help from vegetable oils or other additives.

True, a handful of Spanish contains around half an ounce of fat, but most of that fat–about 80% of it to be precise–is unsaturated, and unsaturated fats actually lower cholesterol. 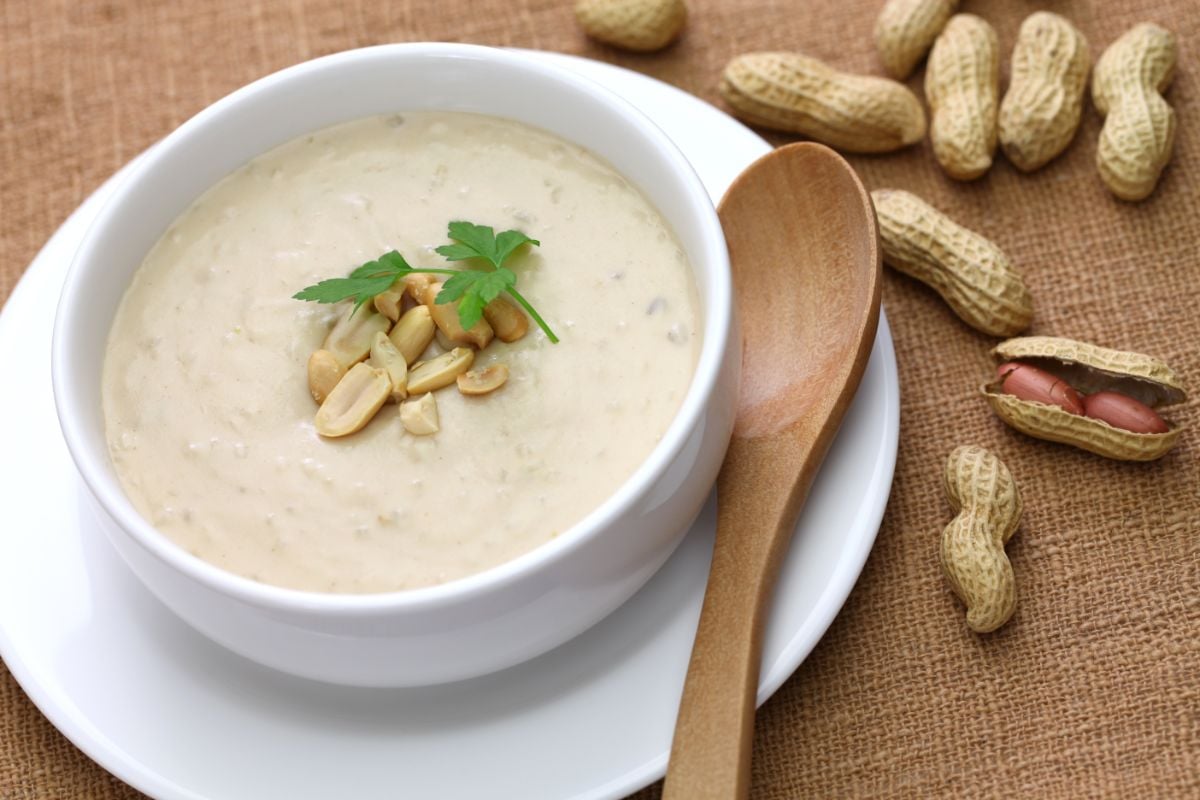 Virginia peanuts are said to be the world’s largest and most sought-after peanuts. This may or may not be true; what is incontestable is that Virginians rarely shut up about their peanuts. Yet, though it pains me to say so, there is evidence to back up this exasperating boasting.

Virginia peanuts are the famous ‘ballpark peanuts,’ and it is these nuts that are used most often in gourmet cooking. Somewhere in the region of 15% of all peanuts produced in America today are Virginias. 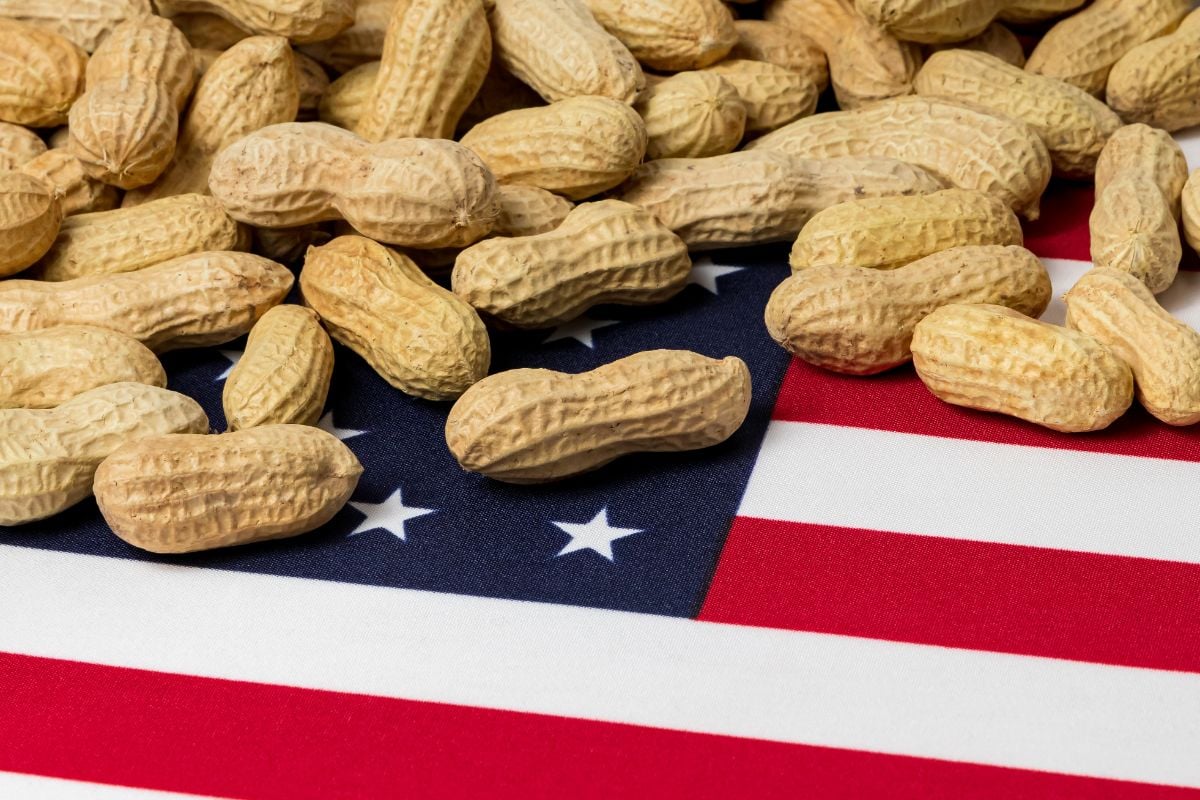 Virginias are famous for the relatively large size of their kernels and taste, and they are pretty darn tasty, to give credit where credit is due. This larger-sized pod and crunchy sweetness combination make Virginias the best peanut for roasting-in-the-shell. In-the-shell roasting has a slight but important distinction compared to the Spanish, which is that the latter is excellent for roasting deshelled.

Along with Virginia herself, Virginias grow in west Texas, South Carolina, and north-eastern North Carolina. The lovely thing about these other states is that they aren’t so high and mighty about their equally delectable peanuts. Anyway… the deliciousness begins in May when farmers plant their peanut seed plants. These go on to form small green plants that grow to about 18″ in height.

After various biological cunning contrivances, peanuts develop as buds and gradually expand into the more recognizable ‘kernel’ shape. Come September and October, the kernels have grown to their full size and are ready for harvesting, which involves digging the pods out of the ground, a laborious task that once used to be performed by slaves, ugh!, but nowadays, thankfully, is achieved mechanically with tractor harvesters.

The Commercial History of the Virginia Peanut

Prior to the middle of the 19th century, people could only produce peanuts on a limited scale. Commercial peanut crops weren’t seen until 1842. In the 1890s, Benjamin Hicks, a black Virginia farmer, helped create the modern peanut-farming industry by inventing a gas-powered engineering marvel that stemmed and cleaned peanuts, dramatically speeded up peanut harvesting.

Hicks patented his peanut machine, and straightaway, a powerful agricultural equipment manufacturer greeted his invention with a lawsuit. Fortunately, Hicks won the case in 1901, and his picker went on to transform peanut farming. 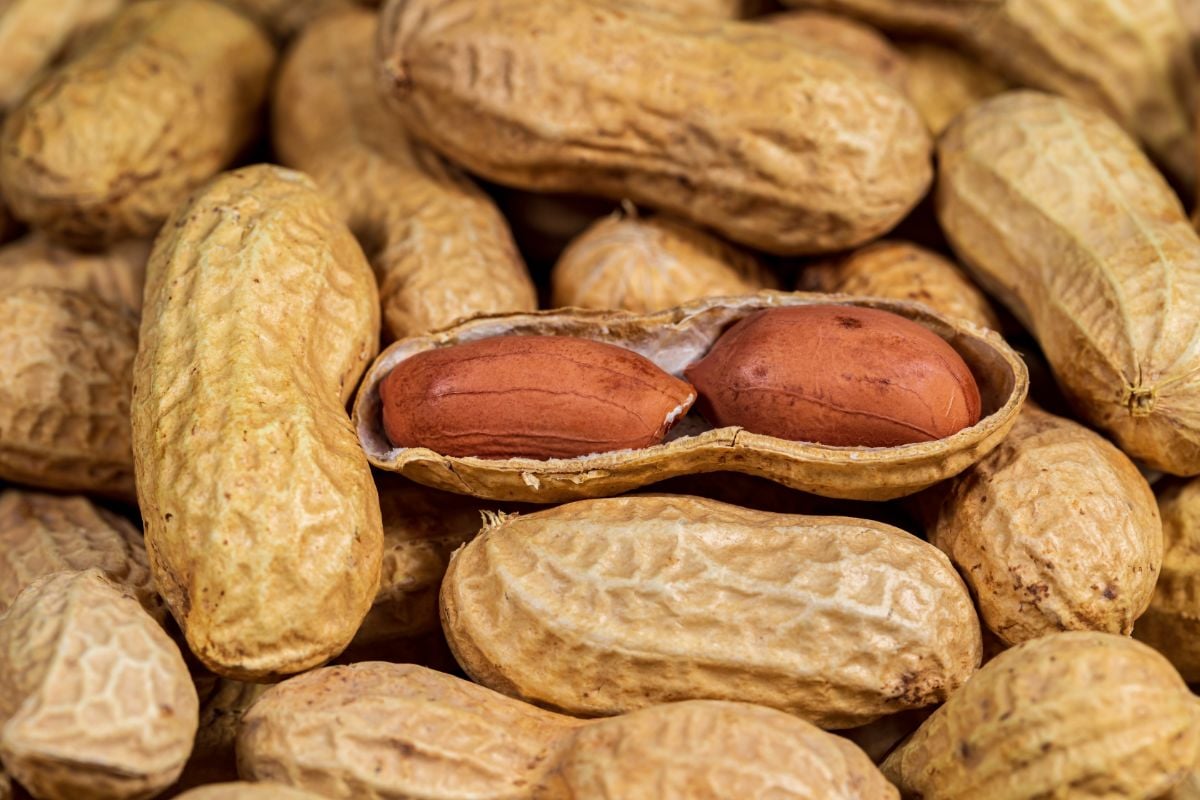 All the peanuts we’ve thus far examined belong to that group of peanuts called ‘bunch peanuts.’ Essentially, bunch peanuts are peanuts that grow in a bunch. Duh. Bunch peanut plants produce their peanuts at the ends of their branches, as if in a bloom. The opposite of this is the runner peanut, which grows peanuts along the whole length of its branches.

Farmers love runner peanuts because runner peanut plants yield more peanuts than bunch peanuts, meaning they get a bigger bang for their buck. In short, 80% of all peanuts grown in America are runners.

In 2020, peanut farmers planted runners on 1.3 million acres of land across the country, supporting the 90% of households in which peanut butter is a beloved food staple. Widely grown in Oklahoma, Texas, Mississippi, Alabama, Georgia, and Florida, it appears that runners are as popular with producers as they are with consumers.

Runner peanuts grow mid-sized kernels, producing very uniform nuts. If peanut farmers love runners, peanut butter manufacturers positively gag over them, because the uniformity of their nuts means that it is easy to roast them evenly in readiness for ‘butterizing’ (that’s my neologism, and I absolutely claim it, thank you). Irregularly shaped peanuts are harder to roast evenly and therefore deliver a more unevenly tasting peanut butter.

Of course, this can be camouflaged by grinding the peanuts down into a homogenous paste, but it means the absence of those little chunks of peanut we all love, making for inferior peanut butter.

Meet the thin-shelled Valencia peanuts. Valencias are made to be boiled in their shell in salted water. Don’t forget Spanish peanuts. The smallest variety of peanuts, the Spanish, is made for roasting because it supplies its own oil for that purpose.

Dashed kind of it, really. Then there are Virginia peanuts, the snooty, “we are the best” ballpark peanut, and favorite of gourmet cooks. Don’t you just hate it when braggarts actually have something to brag about, though?

Virginias are big too. They should have come from Texas. And finally, meet Runner peanuts. Beloved by peanut farmers, peanut butter producers, and peanut-chomping families everywhere.

These highly regular peanuts make up most of our peanuts. For the outstanding service provided by this delicious and health-supporting family, please join me in being upstanding and giving them a cheer. Hurrah! Hurrah!! Hurrah!!!

While researching this article, I came across a most peculiar peculiarity. Every website claimed their peanut was “the most popular peanut in America.” All of them! Well, that can’t be right, so someone’s lying.

I can’t help with that, but the following are well-researched confirmed facts.

Which States Grow Peanuts in the US? 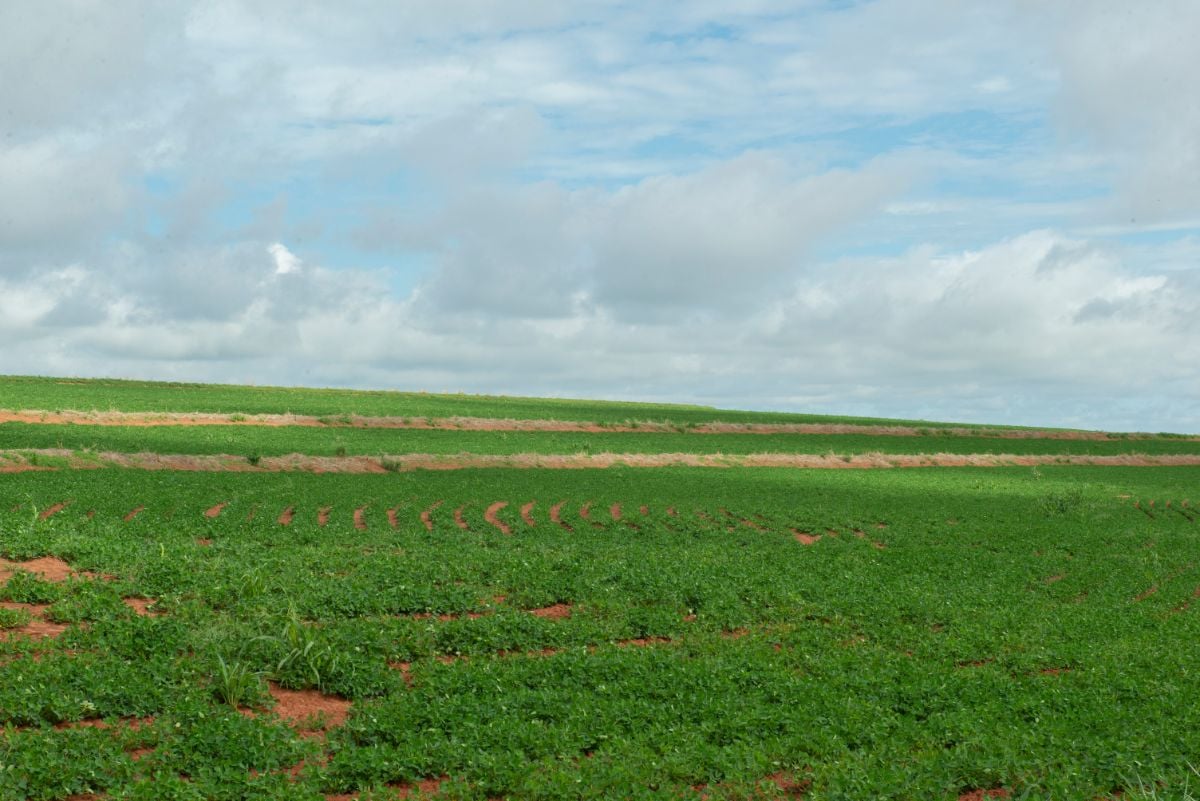