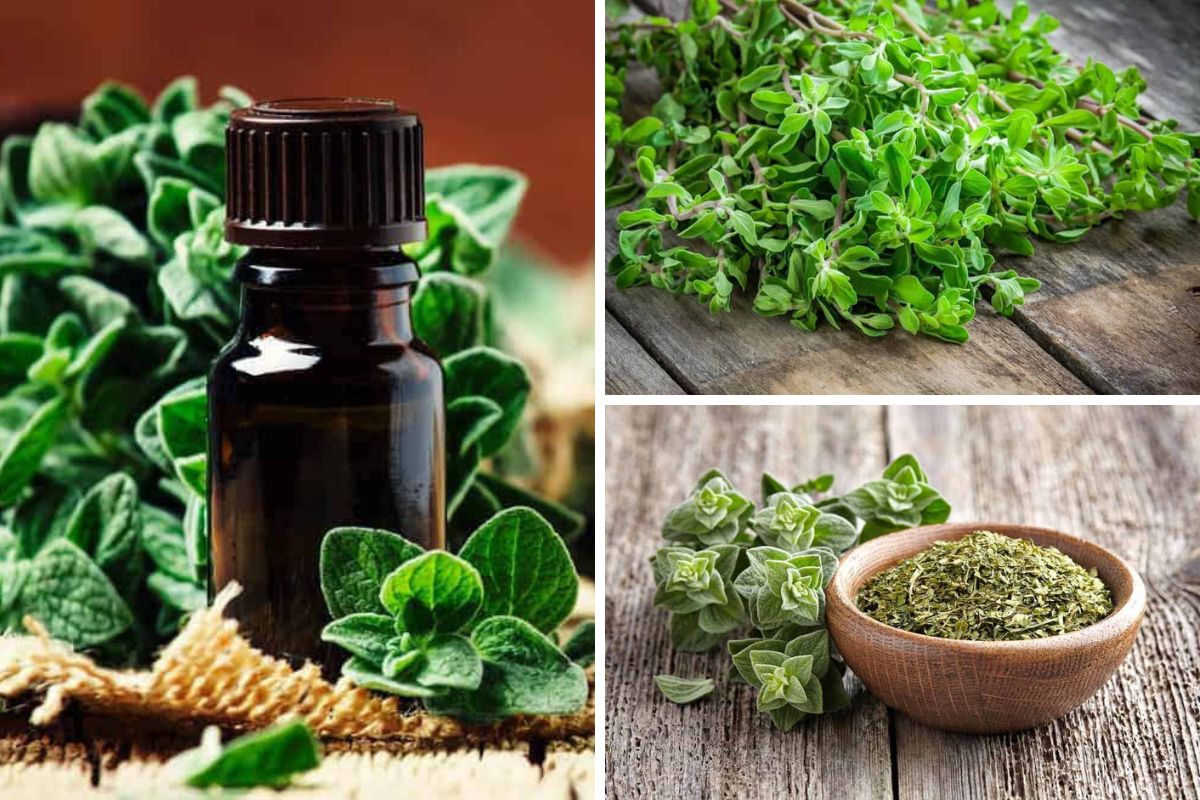 Plants such as oregano have a wide variety of uses. Many people use common oregano when cooking (to add spice to their meal), but did you know there are many different types of oregano plants, and they each have their own unique benefits.

Some oregano plants are edible while others are only to be used for medicinal and decorative uses.

Related: Reasons to Grow Oregano | Parsley Substitutes | Herbs to Grow on Your Windowsill | Vegetables and Herbs for Symbiotic Gardening | Types of Garnish

Table of Contents Show
Health Benefits of Oregano
Different Types of Oregano Plants
Other common forms of oregano include
Marjoram
Syrian Oregano
Golden Oregano
Greek Oregano
Italian Oregano
Cuban Oregano
Mexican Oregano
Mexican Bush Oregano
Ornamental Oregano
FAQs
How long does oregano last?
Are oregano and marjoram the same?
Can I use oregano instead of parsley?
Will oregano survive winter and will oregano grow back after winter?
Where does oregano grow?
What are the benefits of oregano tea?
When does oregano bloom?
Can I use fresh oregano instead of dried?
Can oregano kill mosquitoes, insects, or bacteria? 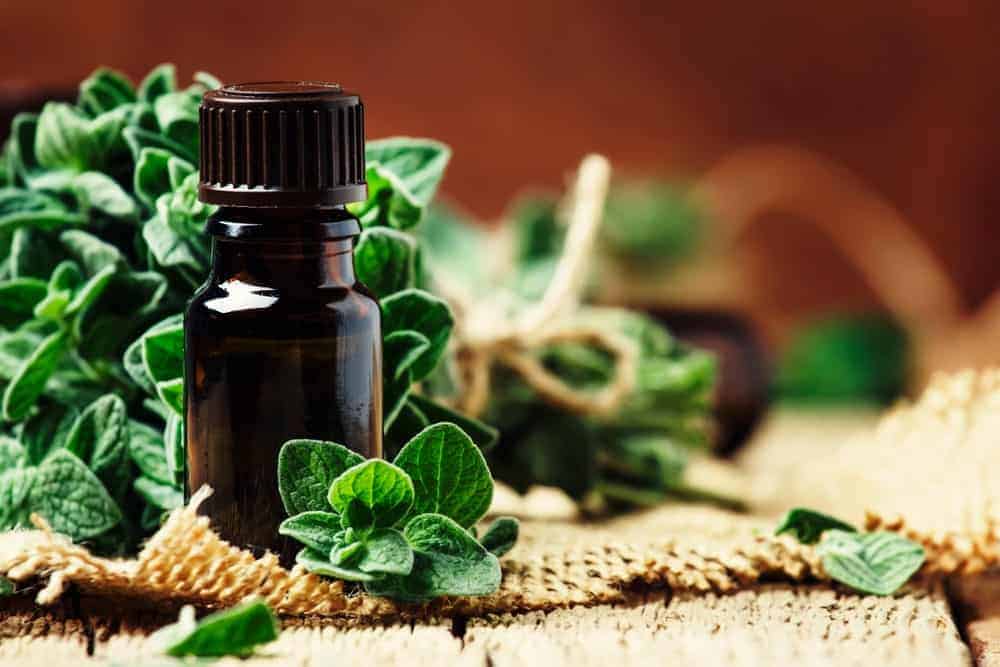 Oregano has many health benefits. The main benefit of consuming and using oregano is its ability to kill bacteria that cause infections in our bodies. It is also known to be effective at killing 23 types of bacteria.

Aside from killing bacteria, oregano also has many other health benefits.

Oregano is also known for helping people with heart conditions, asthma, diabetes, and even those who suffer from the common flu.

You can even find oregano as an essential oil, which offers great health benefits.

You can add the oils to your daily diet by adding it to beverages. You can also apply it topically to your skin to treat conditions such as; sore throat, viral and fungal infections, nail fungus, and even muscle pain.

Oregano oils can help build up your immune system. They can help with digestive problems, many types of upper-respiratory ailments, and even sinus congestion problems.

The essential oil can be purchased in most health stores, online and with a little research you can even make your own oregano oil right from your own home. 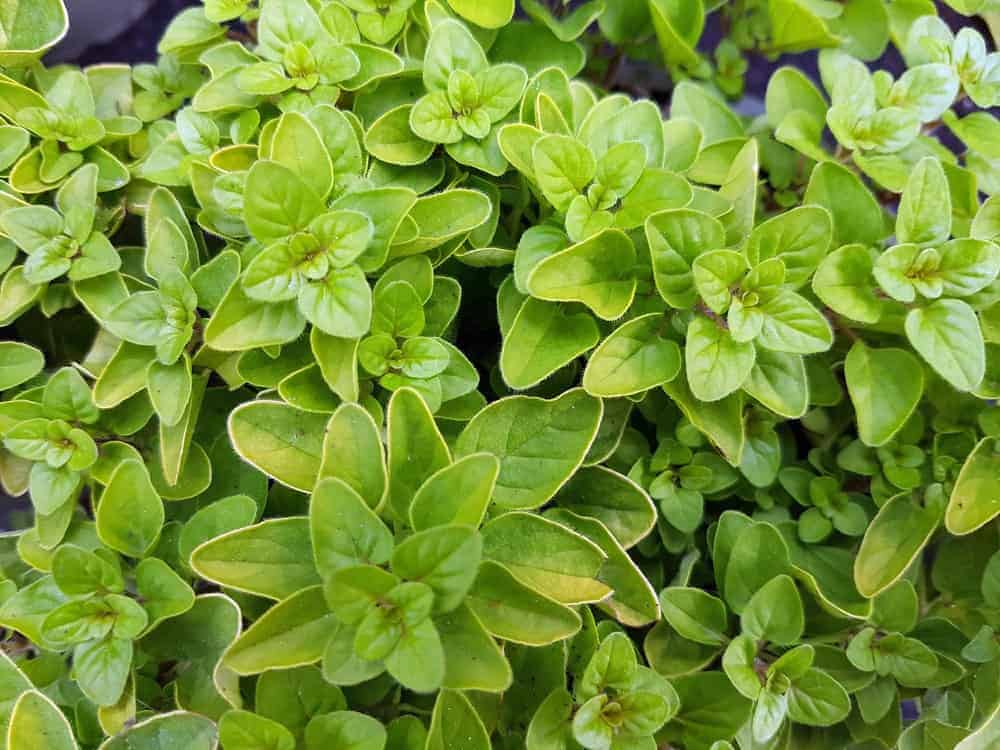 The most common form of oregano is known as “Origanum Vulgare” or “Wild Marjoram” which comes in several varieties.

The most popular strand is the Greek Oregano which is found in most homes and is often used for cooking dishes that contain tomato sauce such as spaghetti, lasagna, and pizza.

Most households keep this in their home for its ability to flavor a wide variety of dishes.

Other common forms of oregano include 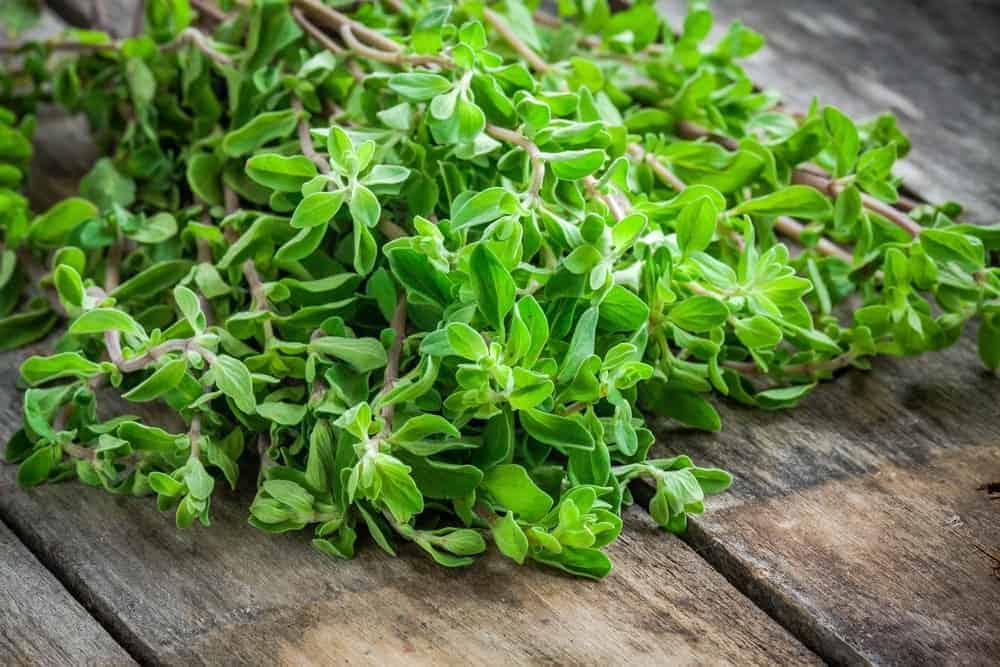 Is a less mild and spicy strand than the Greek Oregano strand. Marjoram can be used in lots of dishes and offers many great health benefits. 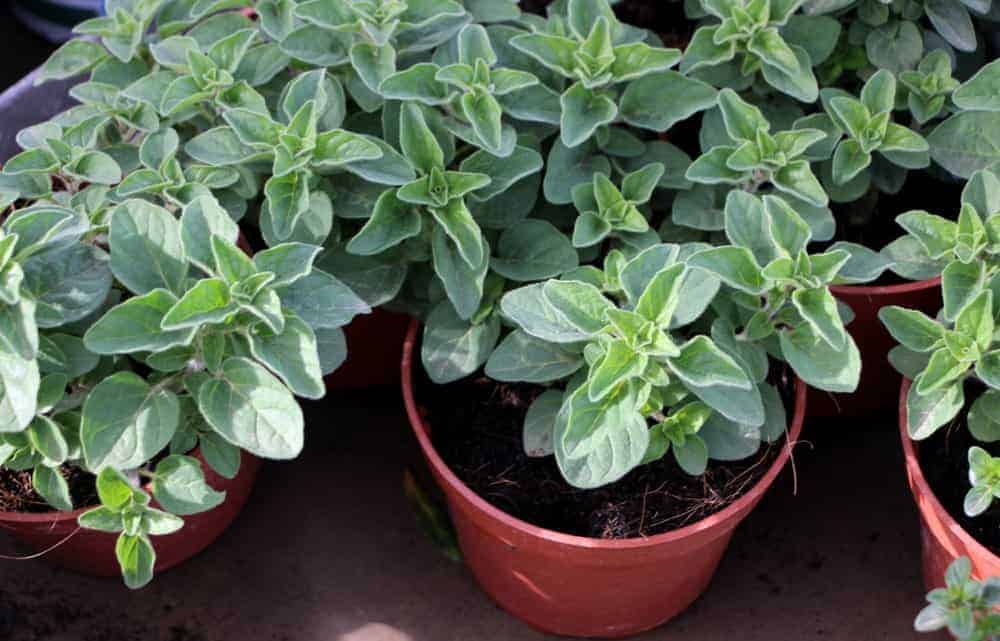 Is mostly found mixed in with a Middle Eastern spice known as “Za’atar”. 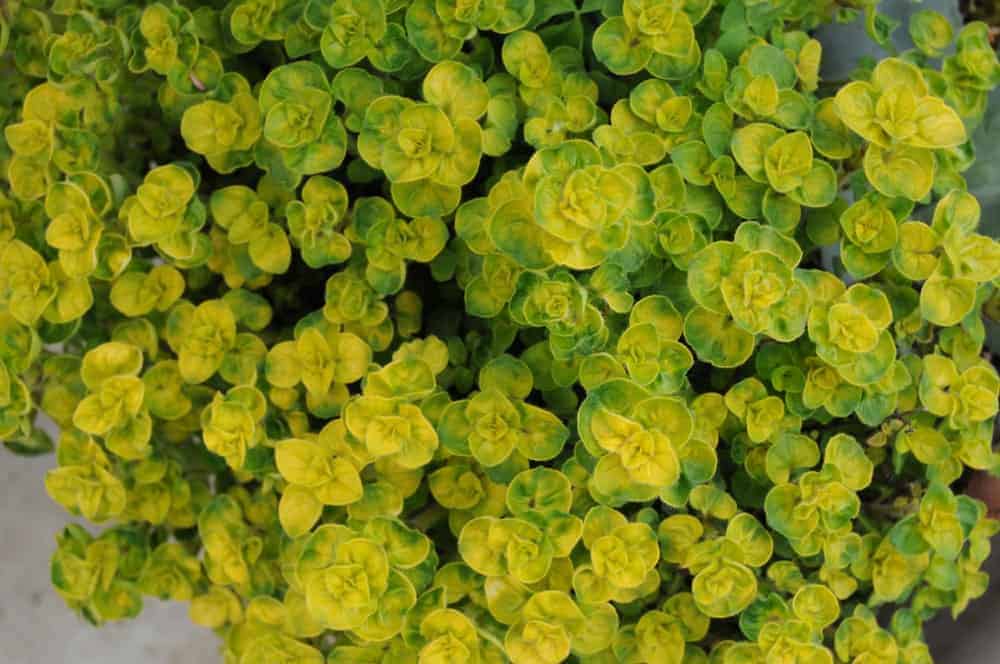 Golden Oregano gets their name from their yellow to golden foliage that is covered in delicate pink and purple flowers, during the summer. It is edible and can be used in a wide variety of dishes. 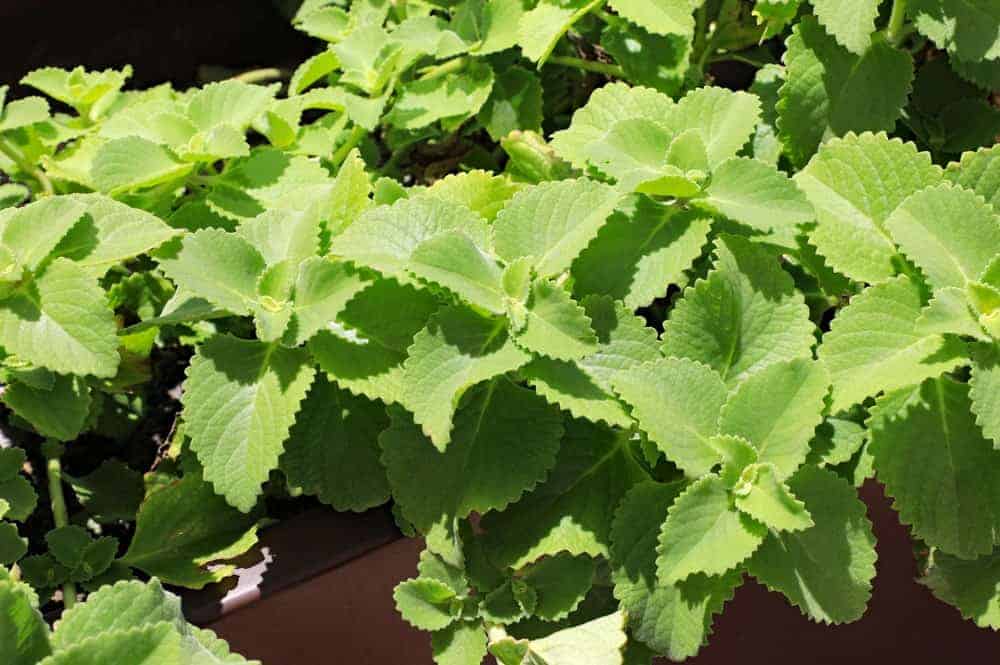 Greek Oregano is one of the most popular strands of oregano. It is found in most household kitchens and can be added to dozens of dishes and recipes.

Most oregano plants are very easy to grow and care for. Also, with all the health benefits that oregano plants have, this really is a must-have herb to have in your garden. 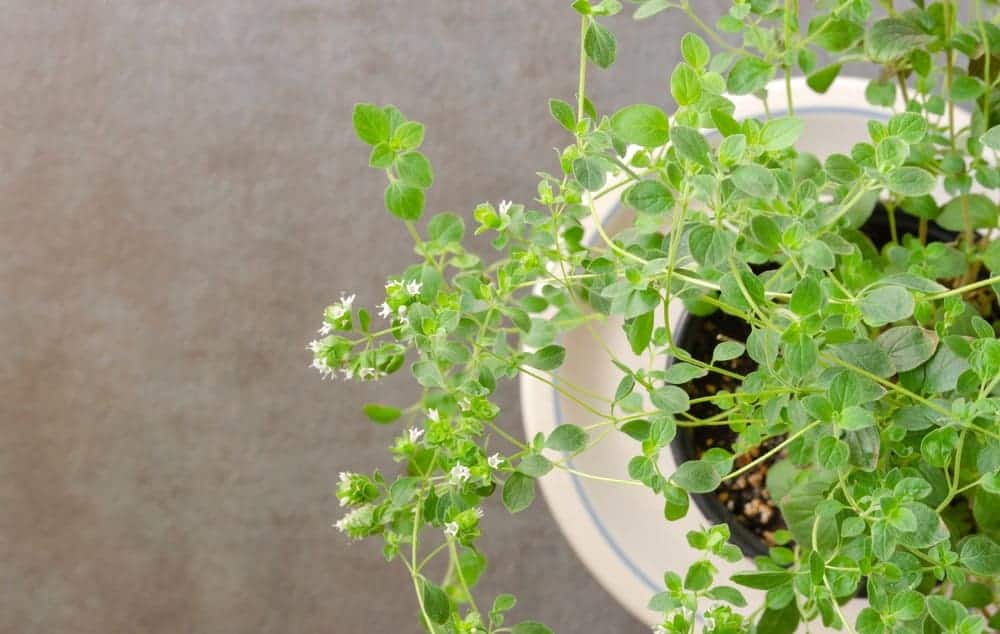 Italian Oregano is used in dozens of dishes, especially in Italian and Sicilian dishes. It can also be used for grilling vegetables and meat.

Italian Oregano is the hybrid of the sweet marjoram strand and the common Greek Oregano strand and has been known to resemble both plants with its strong flavor. 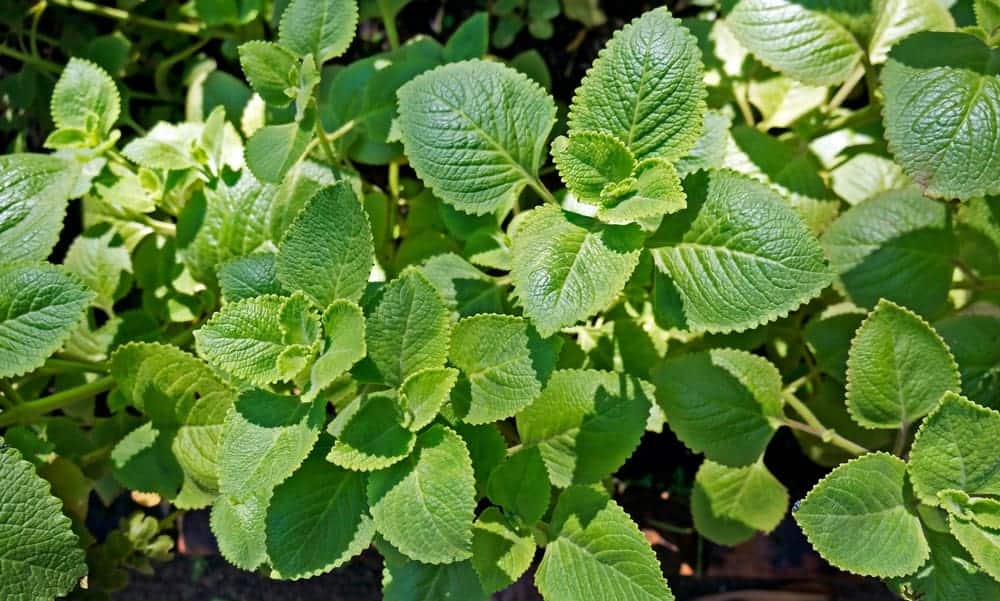 Cuban Oregano (which is a member of the mint family) is very strong and has thick fuzzy leaves. The flowers of this strand can be lavender, white or pink.

The plants should be kept in an area, where they won’t be in direct sunlight or else they will burn and wilt. This plant can be grown indoors, and used for adding spice to Mediterranean dishes and can also be used to flavor pizzas. 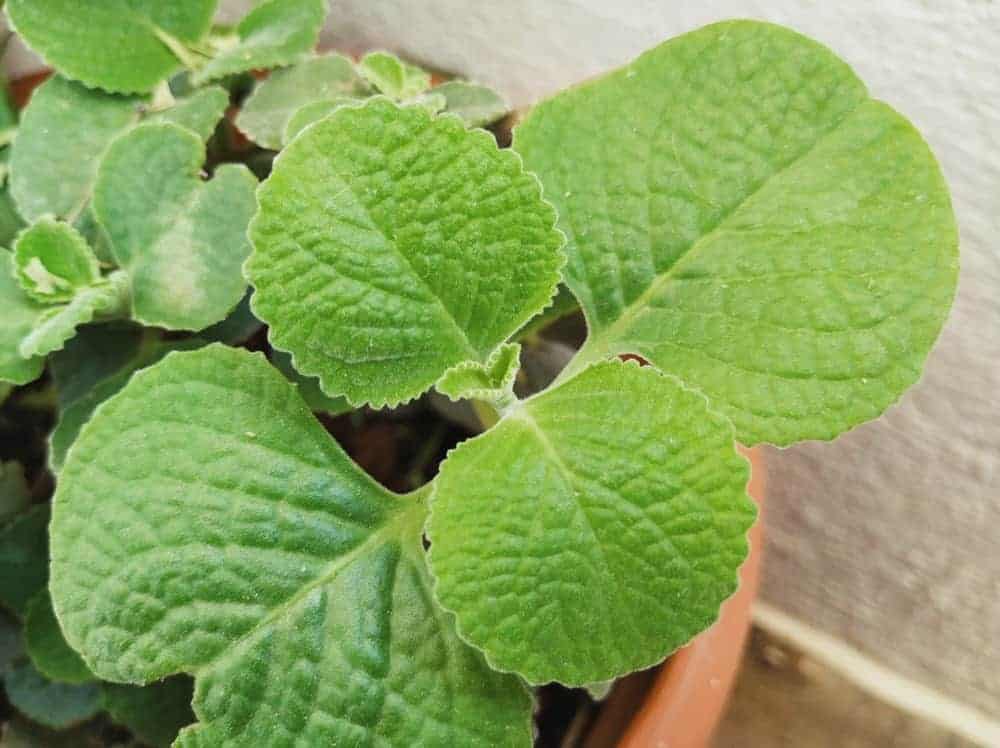 Mexican Oregano is from a different genus than the other oregano plants but it is still quite popular in Mexican dishes (for its strong flavor and wonderful aromas).

This plant thrives in a warm climate and makes a very beautiful addition to any garden. However, this strand isn’t as sturdy as other oregano plants, so it needs to be handled with care if you plan on growing it in your garden.

Mexican Bush Oregano (also known as “Mexican Sage” or “Rosemary Mint”) thrives in very hot, dry areas (such as Texas and Arizona) and is native to Mexico.

This plant is different from other oregano plants because it can survive in extremely harsh conditions. This sturdy plant not only smells wonderful but it also has purple flowers that make it beautiful to look at. 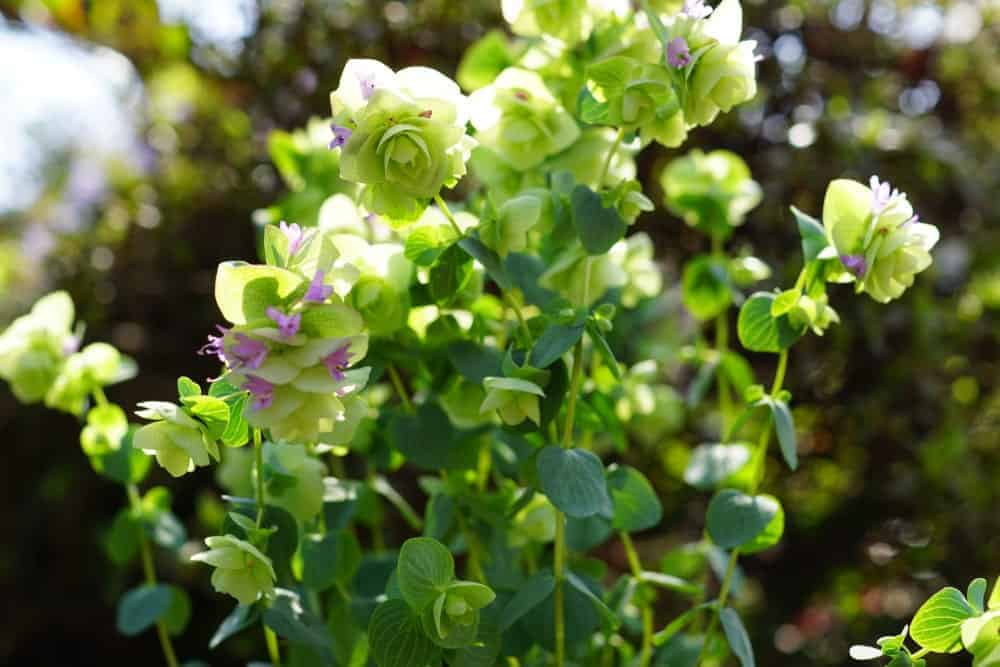 As stated before some strands of oregano can not be consumed but can be used for ornamental (decorative) purposes only. These plants include:

Oregano plants are very high in vitamins, iron, folate, fiber, calcium, and magnesium. They provide loads of health benefits and is used every day in households worldwide. You can even help eliminate toxins from your food if you add a little oregano in while you’re cooking.

Growing oregano can be really easy and considering all the benefits of the wonderful plant, it really is worth it.

Each strand may not grow in your area so be sure to check out which zone you are in before you try to grow your own plant. Some strands can be grown indoors while others need direct sunlight to truly thrive.

There are many health benefits to adding oregano into your everyday diet and I highly recommend you consider adding it into your daily routine and possibly even your herb garden.

How long does oregano last?

The shelf life depends on the state of the oregano. If you are using fresh oregano, you need to use it between 5-7 days before it goes bad. If you have a ground or even dried oregano, then it is good for two to three years.

Are oregano and marjoram the same?

They are similar but they are not the same. The flavor of marjoram is a bit sweeter than oregano. Oregano also has a stronger smell.

Can I use oregano instead of parsley?

If you have a recipe calling for parsley, you can substitute it with oregano. Keep in mind you may not need as much oregano as parsley because oregano has a stronger flavor.

As long as the oregano has been protected with mulch and companion planting, it can survive the winter. It will return in the spring and most likely even have new growth.

Where does oregano grow?

Oregano is native to the Mediterranean region. However, it has been used in Europe and North America for centuries as a staple herb. Because of this, it has the ability now to grow in warm climates across the world.

What are the benefits of oregano tea?

There are several benefits of oregano tea you can expect when you consume oregano tea such as the following:

These are some of the reasons that oregano tea is consumed by many regularly.

When does oregano bloom?

When the weather warms to late spring or early summer after the frosts are over, your oregano plant will start to blossom small flowers that are white, pink, or purple.

Can I use fresh oregano instead of dried?

You can use fresh oregano instead of dried in a recipe, but you may need to adjust the ratio a bit. Fresh oregano has a more pungent aroma and taste, so you may not need as much as you would of the driver oregano variety.

Oregano does not necessarily kill mosquitoes or other insects, but they do repel them and keep them away.

If you have been noticing that the mosquitoes are less frequent since the oregano started to grow, this means that they do not like the oils or aroma being released by the oregano.