Just the thought of lice can make one's skin crawl but it's important to learn about the different types of lice so we can find ways to avoid these parasitic pests. 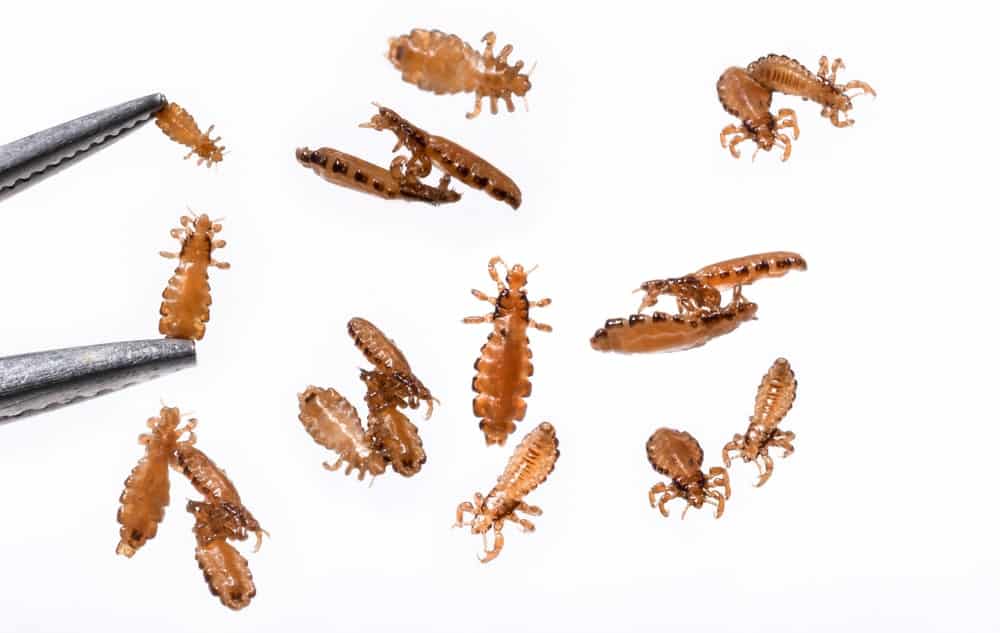 The louse is the singular form of lice and has over 5000 species of wingless insects. They are completely parasitic which means that they live as external agents on warm-blooded hosts. These hosts can include almost every single species of mammals and birds.

The most common habitats for lice include feathers and hair of the host where they feed on the host’s skin, debris, blood, and other similar secretions. An interesting feature of lice is that they spend their entire life cycle on a single host and also release their eggs there only. The first cement their eggs on the host’s hair or feathers after which these eggs or nits hatch into nymphs. Before growing fully the nits molt at least three times. This whole process takes about 4 weeks in total.

Lice also have historic pieces of evidence attached to them and they have been mentioned in folktales since ancient times. They were actually omnipresent in human society till the dawn of the Middle Ages.

Lice infestation can be detected with the help of several common signs and symptoms. These include:

When talking about head lice, in particular, they can cause serious infestation when a person comes into contact with lice or their eggs called nits. Some of the most common ways through which they spread and cause infestation are:

How to Prevent Lice Infestation? 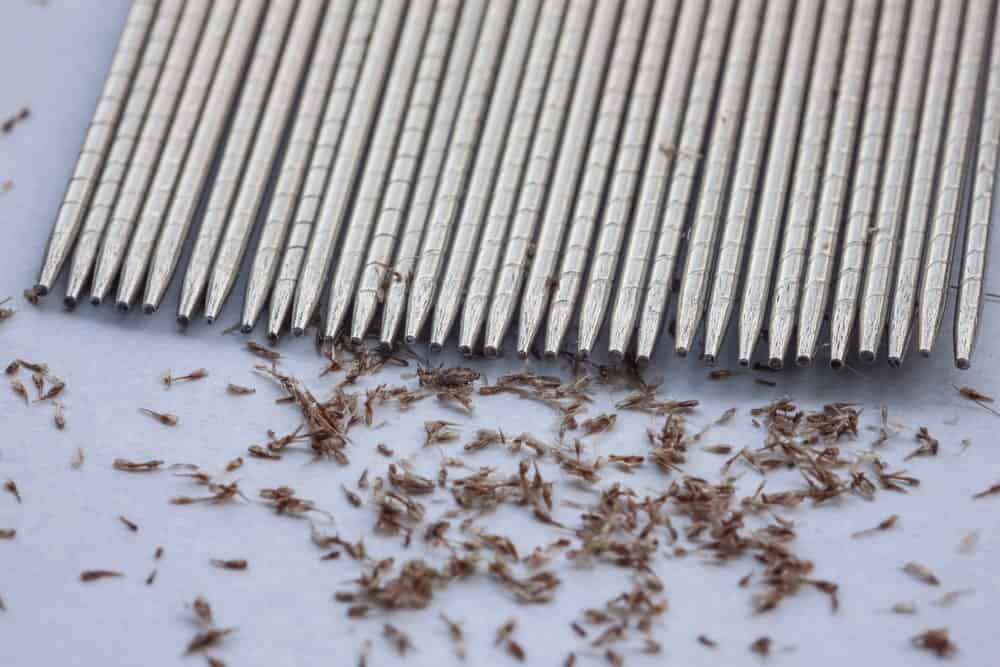 Since lice infestation is easily transmittable, it is extremely important to take some effective measures for their prevention. When it comes to head lice, in particular, it is very difficult to prevent their spread because most individuals are always in very close physical contact with each other.

A lot of research has been conducted on the prevention of lice which has shown that there are several over-the-counter products that one can use to stop their spread. These mostly include plant oils like tea tree, rosemary and coconut oil.

Other than using these oils and other products like anti-lice shampoos, the best way to get rid of, and repel lice is to take a few thorough steps.

See also  How to Get Rid of Spiders from Your Home

There is a variety of lice species that are known to infect mammals, birds, and human beings. There are some of the most common and basic types.

Previously known as Siphunculata, sucking louse or sucking lice consists of over 500 species that fall under the suborder category of monophyletic. This is described as a group of organisms that are characterized by shared derived characteristics.

Sucking louse is a small, wingless flat type of lice that lives on blood and the tissue fluids of mammals. This is done by being an ectoparasite, or in other words, an external parasite. They have super piercings and sucking mouthparts which allow them to do that.

They glue their nits or eggs to the host’s hair and infest them, especially when there is an absence of hygienic practices. They have long, oval bodies and compared to biting lice, they have slightly smaller heads

Sucking louse uses their sharp, piercing mouthparts to suck the blood of their hosts. They do this by hanging on to a single strand of hair with the help of their large claw that is present at the end of their legs.

These are particularly ectoparasites of birds and sometimes even mammals. They are a suborder of life and are also referred to by other common names including chewing lice and bird lice.

Biting lice consist of more than 3000 species, out of which 500 have been recorded in Britain and 700 in Europe. All of them are known for feeding on both wild and domestic animals and birds. They also cause a great deal of irritation to their hosts. Their scientific name has been derived from Greek terminology where mallos means ‘wool’ and phagein means ‘to eat’.

These lice are host specific which means that they prefer sticking to only a few, particular species of birds. This phenomenon has resulted in detailed reviews of evolutionary relationships and classification of birds by most zoologists. This is because there may be birds out there that share similar species of life. Such birds are believed to be more closely related than one would think.

The mouthparts of these lice are designed in a way that they are highly adapted to chewing purposes. They can easily munch on skin excretions, skin fragments, hair and bird feather. A few of the biting lice species also like feeding on host blood that comes from existing wounds.

They are wingless and have flattened bodies, chewing mouthparts and broad heads. Their claws are incredibly well-developed that help them cling to their host. They do this by sticking their eggs to the host’s hair or feathers after which the eggs hatch when the temperatures are high enough. One of their key distinguishing features is their heads that are broader than their prothoraces. 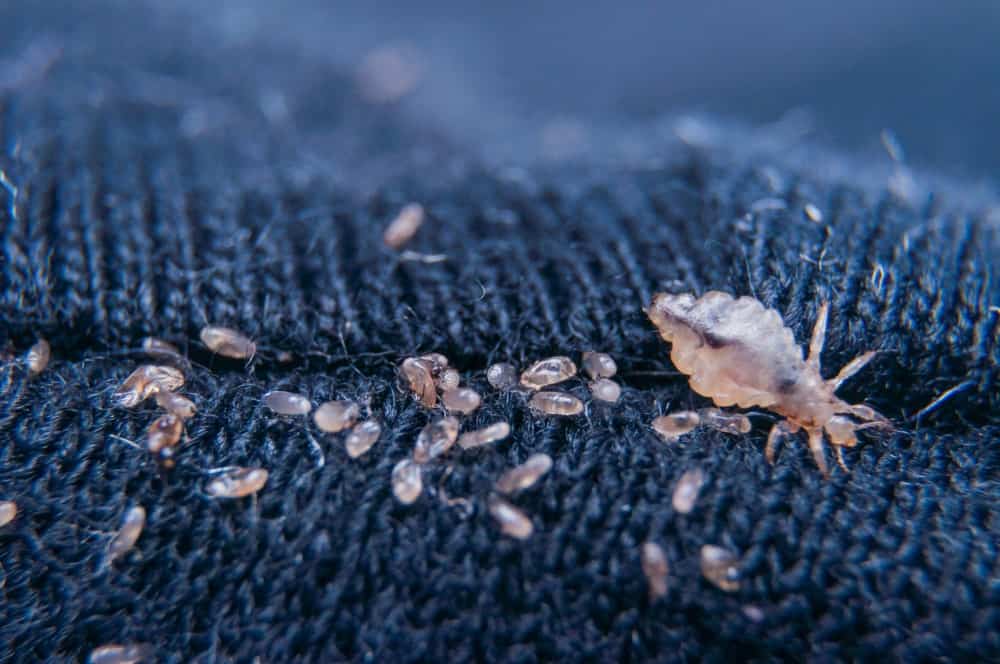 These belong to the family of chewing lice and they are commonly parasitic on placental mammals. They have about 2900 species that consist of small and wingless insects. These insects have a flattened body, chewing mouthparts and short front legs with the help of which they transport food resources to their mouth.

The color of mammal chewing lice ranges from white to black and they are typically 1mm to 5mm in length. They spend the most part of their life on the host’s hair of feathers; however, a particular genus of their species spends their lifecycle inside the throat pouches of pelicans.

Mammal chewing lice belong to the Phthiraptera family and the key distinguishing feature of members of this family is the presence of only a single antennal flagellomere in all males and only some females.

Since they are parasitic on mammals, they feed on skin debris, skin secretions, fur, and dried blood. Even though these lice are not bloodsuckers, they can end up causing a significant amount of discomfort. A few common symptoms of infestation caused by mammal chewing lice include loss of appetite, severe itching and decreased amounts of egg production in the fowl. 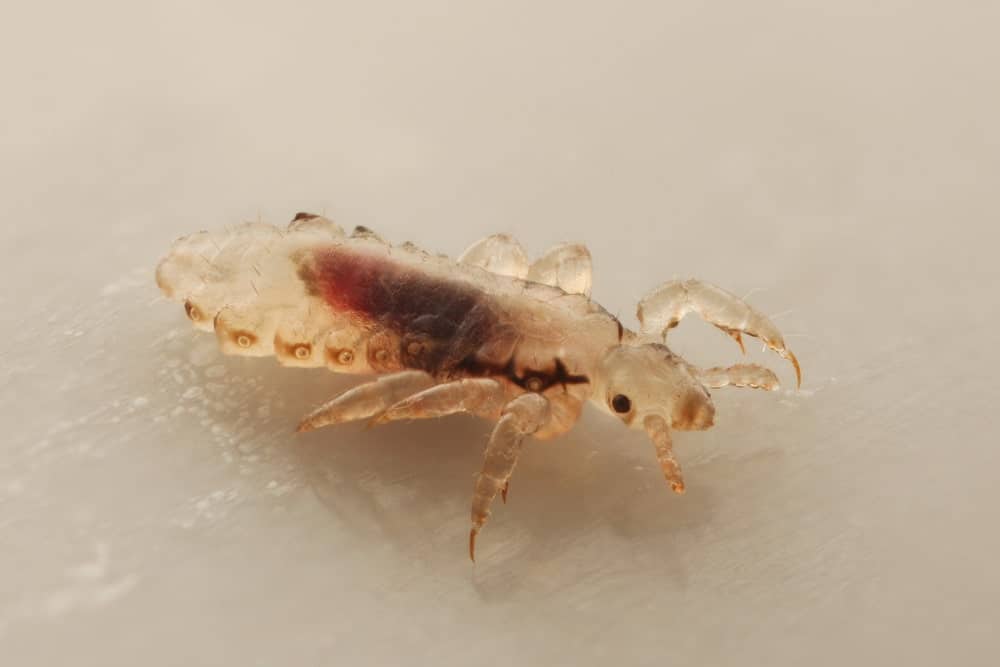 As the name suggests, these lice cause a serious head lice infestation. They are wingless insects that exclusively feed on human blood and spend their entire life cycle on the human scalp. They are parasitic to humans and humans are the only known hosts of head lice.

Adult head lice grow to an average of 2-3 mm in length and they work by infesting the head and the neck. What they do is that they leave or attach their eggs on the lower end of their hair shaft. Since they cannot hop or fly, they simply crawl around the human head.

The infestation caused by these head lice is referred to as ‘pediculosis’. It is extremely contagious and can easily spread when two people come into close physical contact with each other. They don’t just live on the human hair but they can actually also be found on the eyelashes and eyebrows of people.

See also  How to Get Rid of Mice in Your House (DIY, Traps, Eco-Friendly and Hiring Professionals)

A few common symptoms of head lice infestation include itching that is caused by an allergic reaction to the lice bites, difficulty in sleeping, extreme discomfort and irritability, sores on the head as a result of incessant scratching and bacterial infections found on the skin.

Head lice are diagnosed by finding a live adult louse or nymph on the hair or scalp of an individual. Since they avoid light and move very fast, it can be quite a challenge to find and catch them. If you are unable to come across live, crawling lice, another way to diagnose is b finding their nits. The nits are often firmly attached on the base of the hair shafts and are also often seen near the back of the neck and the hair behind the ears.

Treatment is a must for all those people who are diagnosed with an active head lice infestation. They should get their heads checked thoroughly and those who share beds are recommended the prophylactic treatment. There are also some medicines available that that kill the lice and also removes their eggs and nits from both the scalp and hair.

These are insects that are similar to sesame seeds in size. They are usually found living in clothing and bedding materials through which they travel to your skin and feed on your blood. Some of the most common areas on the body that these lice infest are shoulders, waist, armpits and the neck.

Body lice are larger in size as compared to other types of lice and their numerous species. They simply leave their eggs or nits in clothing and the skin from where they hatch into fully-grown lice.

Unclean clothing is one of the most common causes of body lice, coupled with unhygienic and crowded living conditions. The seams of the clothes you wear are one of the most common places where these body lice lay their eggs. Some of the common signs and symptoms of body lice infestation include red marks or bumps on the skin, rashes, allergic reactions on the skin, intense itching, and darkened the skin.

Even though body lice infestation doesn’t ever lead to detrimental effects, if not cared for properly, they can result in serious complications. Some of these include secondary skin infections, the spread of several bacterial diseases, and changes in the skin like skin thickening or discoloration. 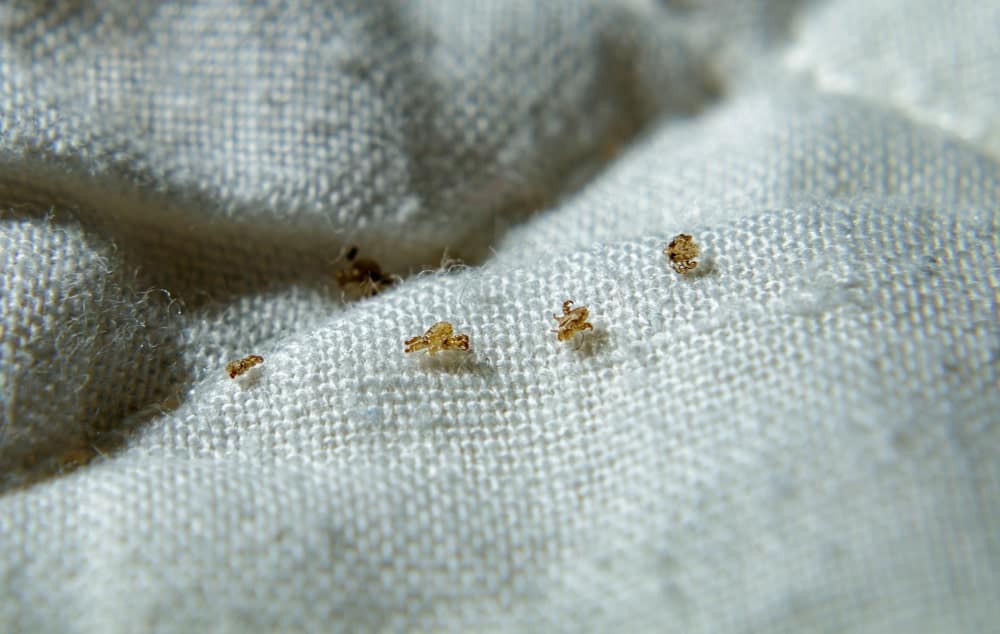 Also known as crabs or pubic lice, crab lice are small insect parasites that infest hair and skin near your genitals. They attach their eggs to those spaces and leave them there to grow. While they aren’t as dangerous as they sound, they actually infect millions of people every year. They exclusively feed on human blood and are most commonly found in a person’s pubic hair.

Adult crab lice are almost 2 mm long, but they are a tad smaller than the body and head lice. They have a really round body that sets them apart from other types of lice. Another key distinguishing feature of crab lice is that they have super large claws and their rearmost two pairs of legs are way thicker as compared to their front legs.

Pubic lice, as the name might imply, has nothing to do with cleanliness or hygiene. They are actually spread through sex in which they move from one person’s pubic hair to the others’. You can also get pubic lice when you come in close physical contact with an infected person’s bed, clothes, or towel. In order to prevent pubic lice, one must avoid sharing clothing and bedding with someone who is already infected.

Lice, be it head lice, body lice, or pubic, lice are extremely irritating and also takes a toll on one’s hygiene and cleanliness. It is of utmost importance to keep yourself free and clean from lice at all times.