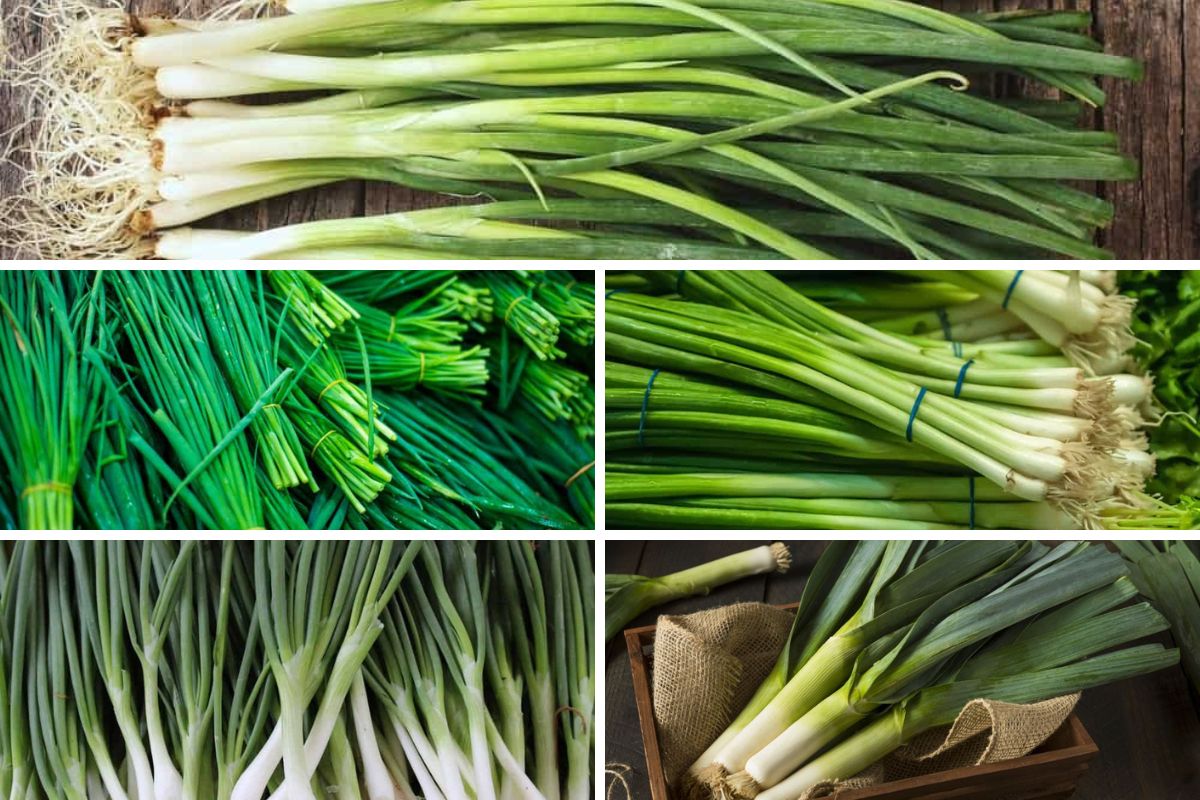 Green onions can be any type of onion that has been picked before it’s fully grown. These baby or immature onions are different from bulbing onions in both appearance and taste.

Green onions have a sleek linear shape with white or pale-green bulbs and long green tops. Both the bulb and the stalk are edible.

They’re milder and sweeter than mature onions and are found extensively in many cuisines, including Chinese and Japanese. These long green onions are also known as scallions, spring onions, or salad onions. 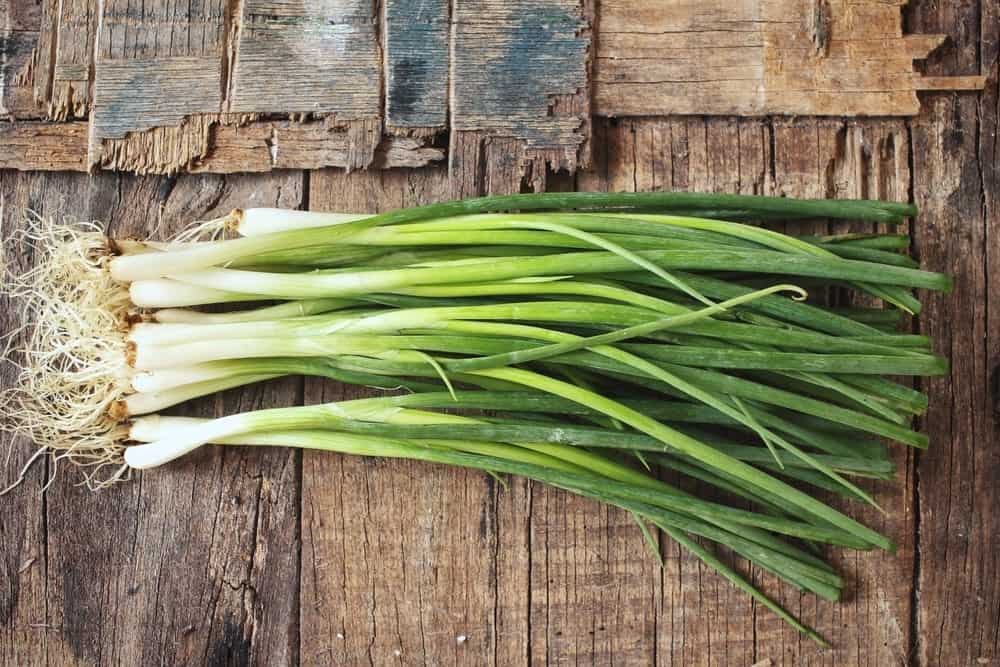 The vegetable known as the green onion comes from a species of the Allium fistulosum family. They can be harvested one of two ways – either early in the season before the bulb starts to grow or afterward, once the bulb is attached.

If you cook with green onions, you’ll notice that you do not cry while you’re cutting them, in part because they are a very mild type of onion.

The white part close to the stem contains the most flavor, but you can eat the entire onion either cooked or raw. If you’re wondering about the difference between green onions and scallions, think no more about it.

The two are actually the exact same vegetable. Citizens of the New England and mid-Atlantic states normally call them scallions, while the rest of the United States calls them green onions. Other than the name, they are the same food item.

Green onions are used to season hundreds of foods, and they are very popular in Asian dishes, especially stir-fried dishes. They are also used to season a variety of stews, soups, and even Cajun dishes, to name a few.

If you want the absolute freshest green onions, purchase them in late spring to late summer, and look for white sections that are firm, bright, and dry. Also, do not store them in plastic bags, as this can cause them to rot quickly. 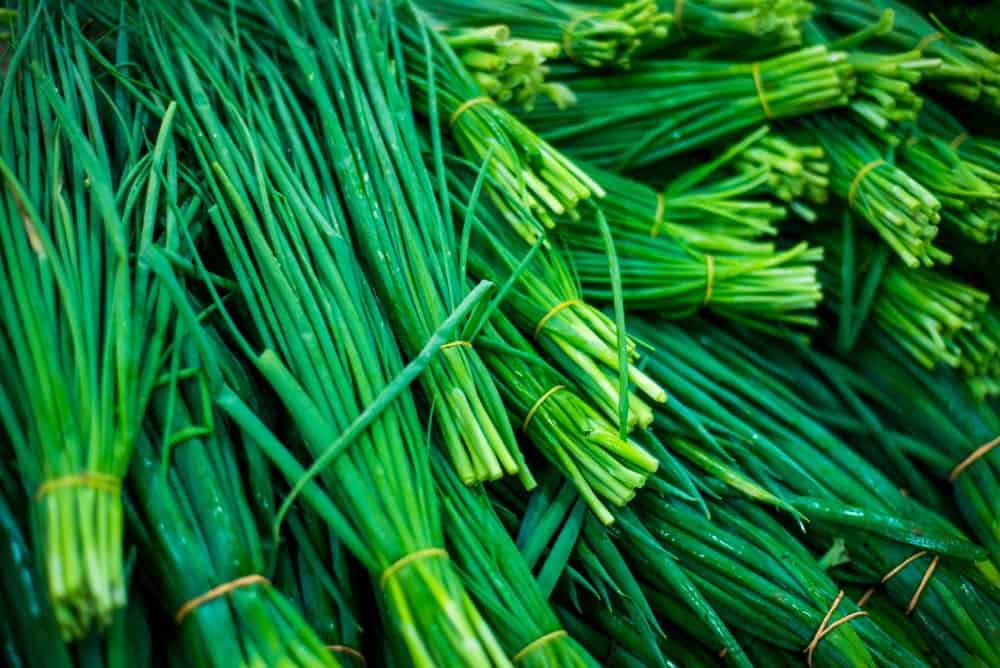 Chives are very commonly used as garnish and are usually classified as an herb instead of a vegetable. They are part of the species called Allium schoenoprasum, which also includes foods such as garlic and leeks.

Their flavor is somewhat like garlic and is very light and delicate; however, they can be very strong and intense, so if you use just a little of them, they will go a long way.

Many people sprinkle chives over foods such as deviled eggs, dips, and even potatoes. When cooking with chives, it is recommended that you cut them finely so that their true flavor is brought out, and you can do this with a sharp knife or some kitchen shears.

Chives have leaves that look like blades and can grow up to two feet in height. They are available all year round, and they usually have spiky flowers that are a purplish-pink color, which is just as edible as the rest of the plant.

They have a lot of vitamins, including vitamins A and C, as well as potassium and calcium. They are also used extensively in many fine restaurants throughout the world, thanks to their mild but very versatile taste. 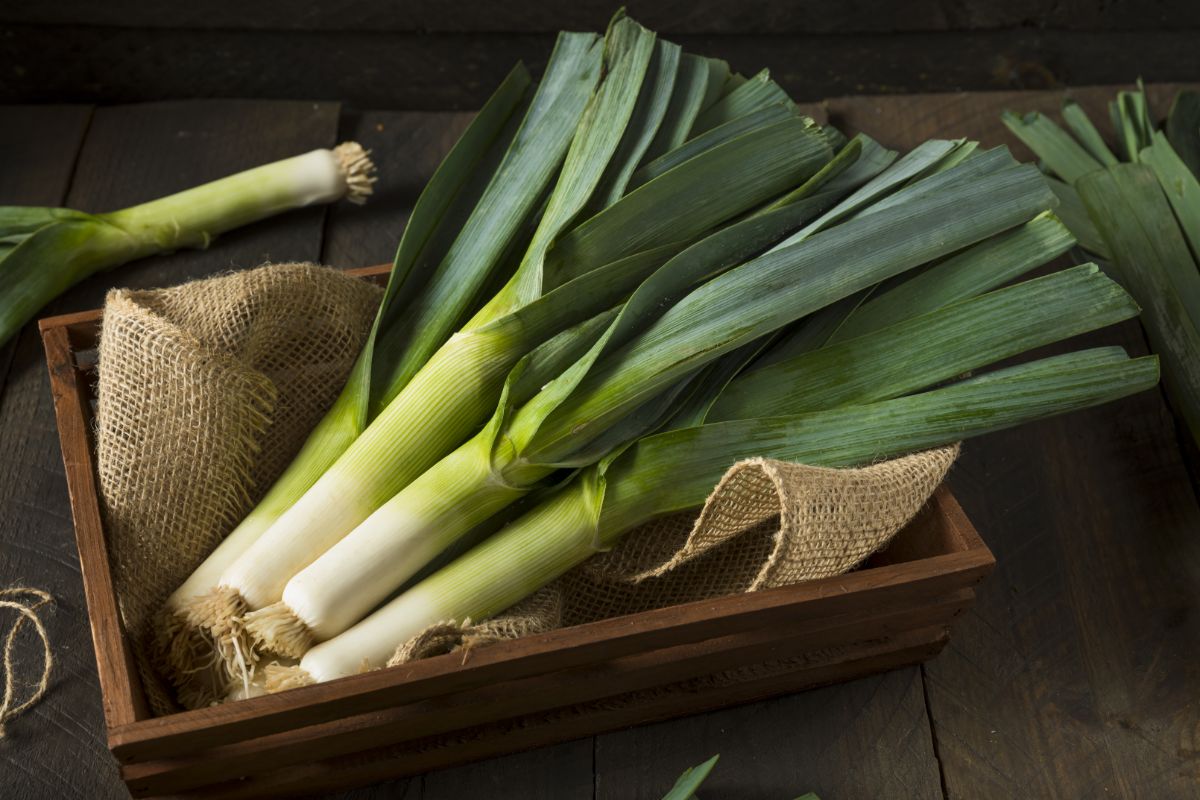 Leeks are a little different than other types of green onions because they do not produce cloves or bulbs. They are also much larger in size – up to 2 inches in diameter and up to 10 inches in height.

Their root is white in color and cylindrical in shape, and the vegetable is earthy and mild in taste. When you cook leeks, they become silky but they are very crunchy when eaten raw. When compared to all other types of onions, leeks are considered the ones with the sweetest taste.

Leeks have fan-shaped dark leaves at the top and peak in the early spring or late winter. They are low in calories but high in Vitamin C and iron.

They have a specific taste and can be used as a base for dishes that include beans and even pasta. You can also puree them for the perfect potato-leek soup, which is extremely popular during the winter months.

Leeks are hardy during the winter months and need to be washed thoroughly before cooking with them because they are gritty by nature.

If you wish to store leeks, chop off a portion of the dark-green tops first, then place them in a mesh produce bag and store them in the crisper section of your refrigerator.

If you have no mesh bag, lightly dampen a kitchen towel or napkin and wrap the leeks in this, tying them with a few rubber bands afterward. 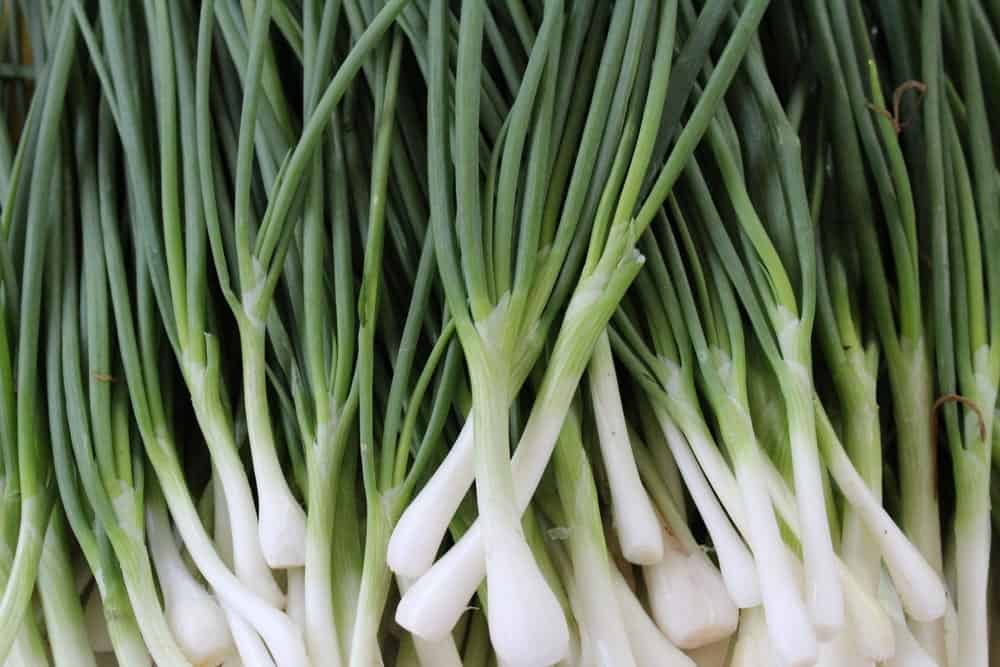 Like basic green onions, spring onions are part of the species called Allium fistulosum, and the main difference between the two vegetables is the larger bulb size of the spring onion.

They are also thinner than regular green onions, and they get their name because they are harvested in the spring.

You can remove the bulbs on a spring onion and chop or roast them, much like miniature white onions or pearl onions, as well as use them in a variety of recipes. Because their growing season is longer than that of green onion, spring onions usually have a more pungent taste.

You can eat spring onions raw or cook them with a variety of vegetables, and recipes containing these onions are not difficult to find.

The fact that most spring onions are harvested specifically for their bulbous root says a lot about this tasty vegetable.

Their skin is paper-thin and they are available all summer long. Spring onions go great with dishes that contain meat, fish, fettuccine, mashed potatoes, and even a variety of gravies.

They have a unique flavor that is sweet, crispy, and savory all at the same time, making them the perfect accompaniment to many dishes all over the world.

If you wish to store your spring onions, try using a mesh bag made specifically for produce.

If you can’t find this type of bag, try rolling them in a napkin or towel that is slightly damp and tying them together with a few rubber bands. If you store them properly, they can last up to one week or more.