Be amazed by these spectacular and colorful insects. Discover the different types of dragonflies and learn some interesting facts about them. There are over thousands of species of them and it will be fun to know about their families. 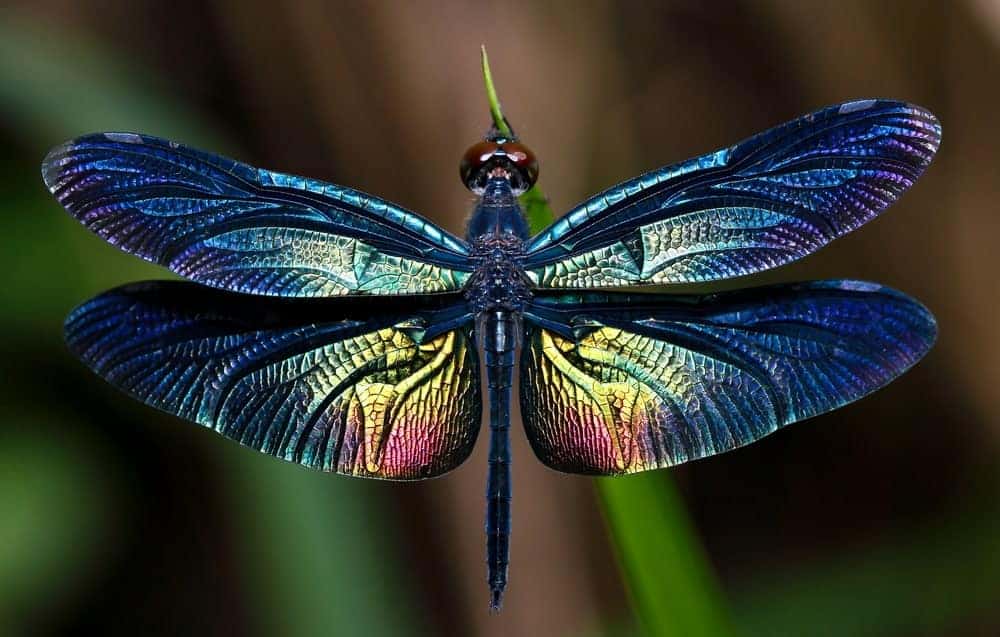 Insects rarely ever make in their place in anyone’s list of “favorite creatures.” The animosity towards these creepy-crawlies doubles when it comes to flying insects. Why is that so? That’s because flying insects are down-right annoying, and they can buzz and bite at any given time of the day. But that’s not all. Some of these pests also happen to be harmful as they spread dangerous skin allergies and illnesses, and one them happens to be the topic of our blog which is dragonflies.

While dragonflies aren’t as common as bees and mosquitoes, they still very much exist and can be found near canals, lakes, ponds, rivers, streams, and swamps – pretty much all those places with water. Also known as darner, devil’s darning needle, and devil’s arrow, these winged insects were some of the first flyers to evolve over some 3000 million years ago. Some scientists are of the view that extreme levels of oxygen during the Paleozoic times caused dragonflies to grow up to humongous sizes. However, modern dragonflies have wingspans of approximately two to five inches, while fossil dragonflies have wingspans up to two feet. Their bodies are long, and they are known for their large eyes and transparent wings.

There are approximately 5000 species of dragonflies. These species belong to the Odonata order which means “toothed one” in Greek. One of the defining features of dragonflies is its ability to fly like a helicopter. They can fly up and down, and only target prey that they catch during their flight. However, let us clear one thing – not all dragonflies are the same. Depending on their type, dragonflies have varying physical and innate characteristics. Dragonflies are basically divided into three superfamilies, which are further divided into a number of families. 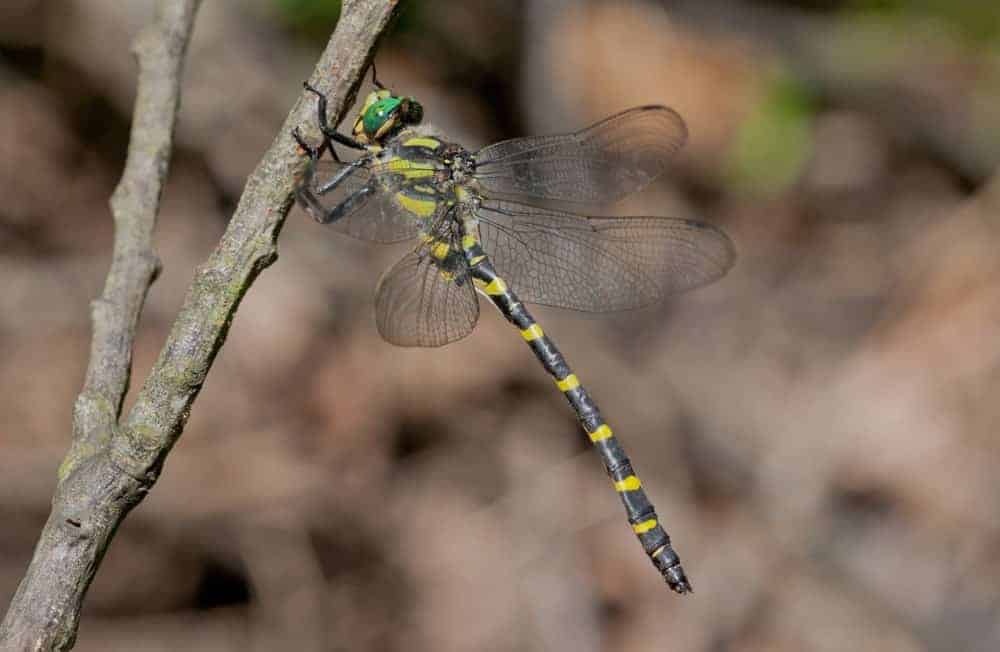 Apparently, these dragonflies happen to be the oldest in the world and came into existence some 150 million years ago. Owing to their long, straight tails, petaluridae is commonly known as petal tails. History shows that petaluridae originated in what is known as New Zealand today. Unlike most of the modern dragonflies that spend their initial growing period in water areas, petal tails prefer to live in fen habitats. Moreover, these dragonflies also take ages to grow into an adult.

Petaluridae consists of 11 species and the largest of all is the Australian Petalura ingentissima which is known to have over 160mm long wingspan and 100mm body length. There are some more common species found in Australia such as Petalura Gigantea, referred to as “giant dragonfly”. This family is comprised of five genera: 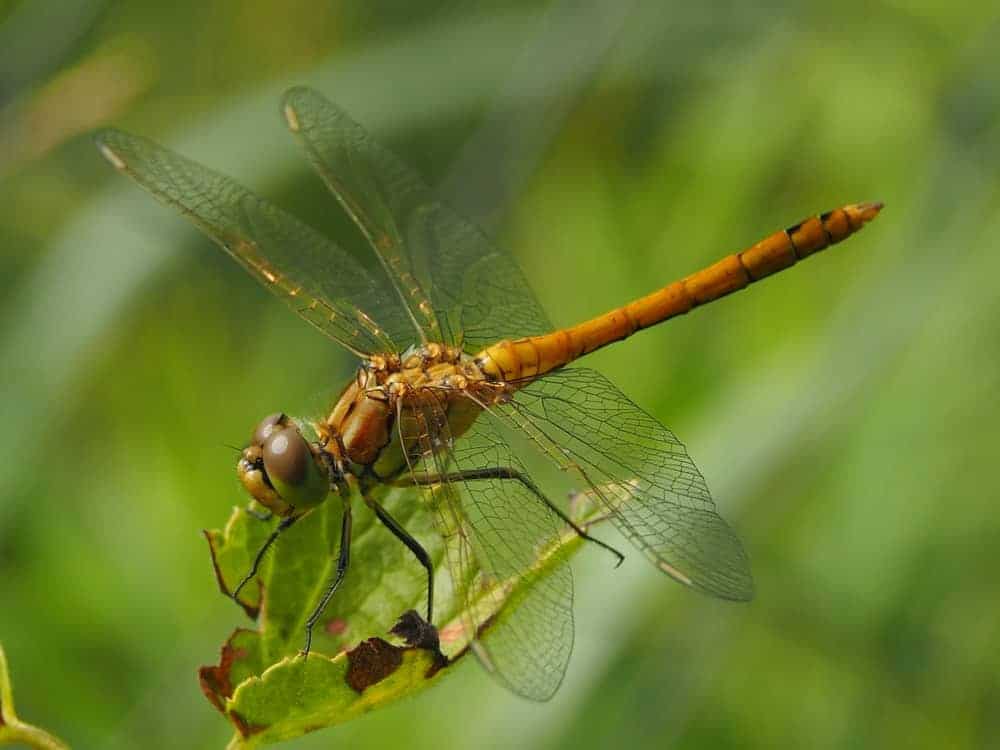 Commonly known as hawkers, these dragonflies are common in North America. This type of dragonfly is believed to be the largest dragonfly found on planet earth. These dragonflies commonly mate during flight and lay in water or somewhere nearby. Their larvae are thinner in shape than other species of dragonflies. 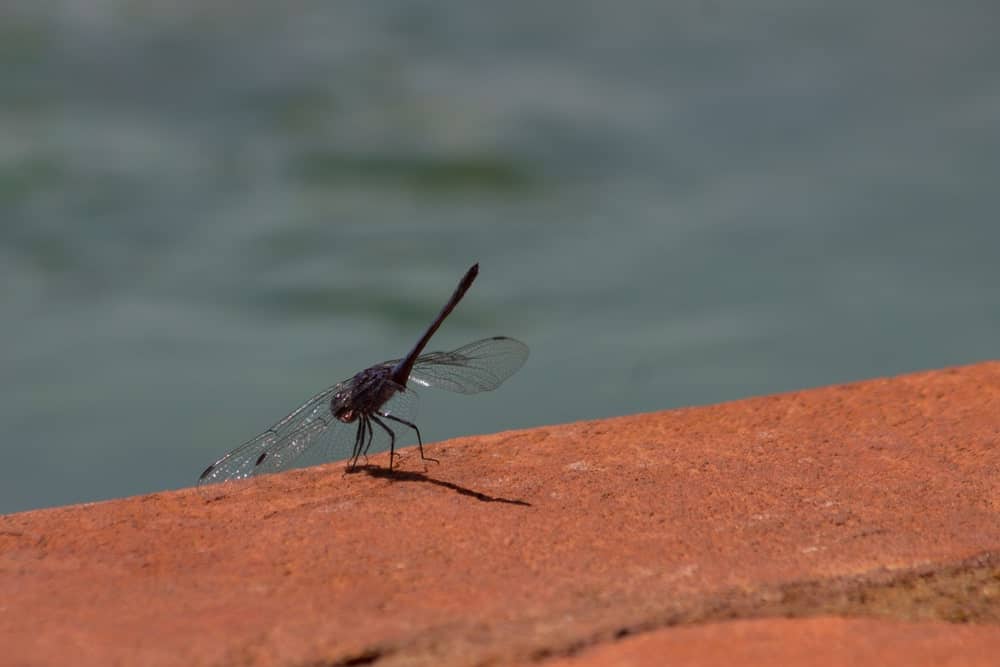 Commonly referred to as Clubtail dragonfly these species belong to the Odonata order. It is a huge family, consisting of around 900 species and 90 genera; the majority of which are found in North and South America, Asia, Europe, and Australia.

All the species belonging to this dragonfly family have small, widely gaped eyes—a characteristic common to damselflies and Petaluridae. Their eyes are generally green, blue, and turquoise in color. Unlike other common dragonflies, their bodies do not look metallic, and they have a toned down hue to avoid instant recognition. This dragonfly family has the following genera: 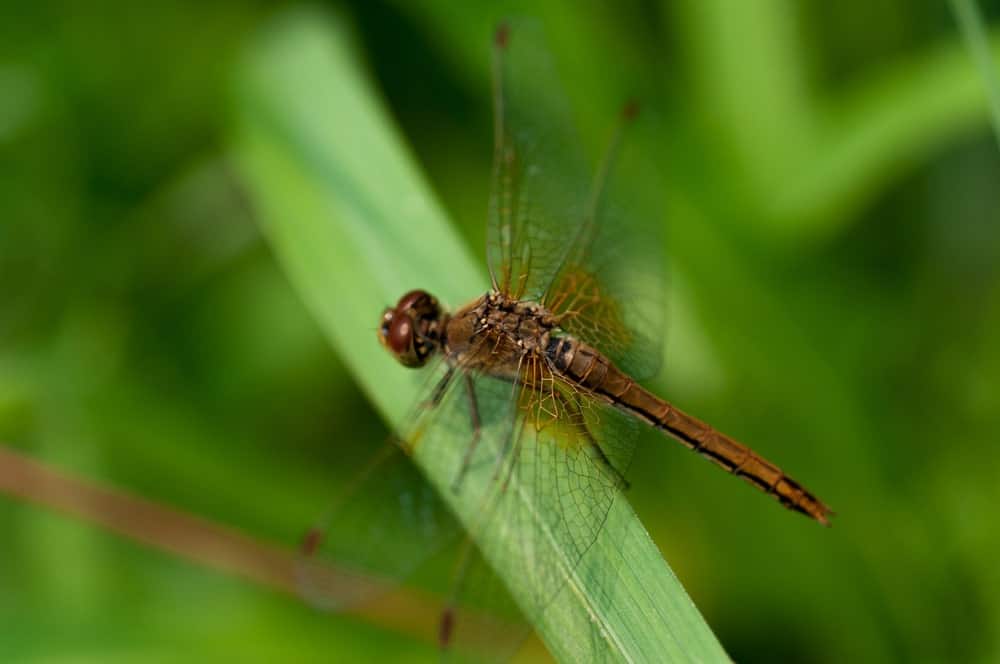 Unlike other types of dragonfly families, austropetaliidae is a small family, consisting of only four genera. They are typically found in the water regions of Chile, Australia, and Argentina.

These dragonflies boast a medium or large body, are brown in color, and have silvery white to transparent wings. The genera consist of the following dragonfly species:

This super family of dragonflies consists of three families as follows:

Belonging to the Anisoptera suborder, cordulegastridae consists of 1 genus and 9 species, found in the eastern and western parts of North America. These dragonflies are regarded as burrowers and sprawlers as they burrow well deep into the substrate, allowing only their head to be visible. In addition to substrates, these dragonflies prefer to go hiding in the sand or small streams.

The majority of these species live about 3 to 5 years, spending most of their time flying (in seasons like spring to early summer) and laying eggs. Male species exhibit extreme territorial behavior which is unlike their female counterpart. The females usually lay egg deep into the bottom by trapping air bubbles through their hair and body. Cordulegastridae happens to be opportunist feeders which mean that they will catch any prey within their hold.

One of the ways to distinguish conrdulegastridae from others is by pointing out their distinct physical traits. These flies possess large black and brown bodies with a hint of yellow color. Also referred to as “flying-adder” and “biddie,” this tiny family consists of only four genera which are as follows: 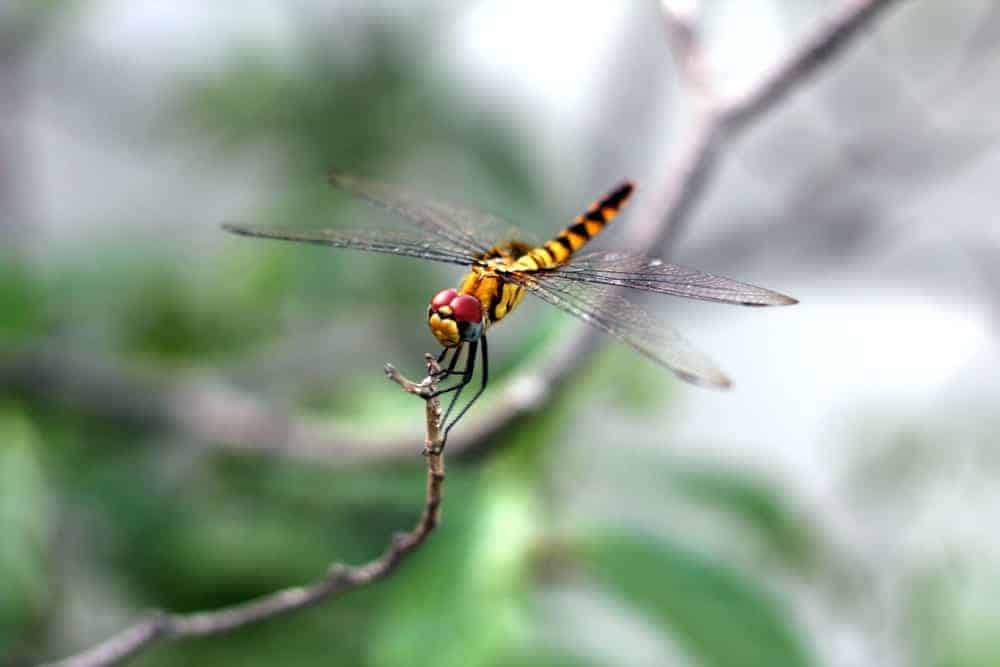 This type of dragonfly is considered to be the only family member of Neopetaliidae. These dragonflies are popular in Chile and Argentina. Unlike other types of dragonfly families, these species only have a single genus known as Neopetalia. 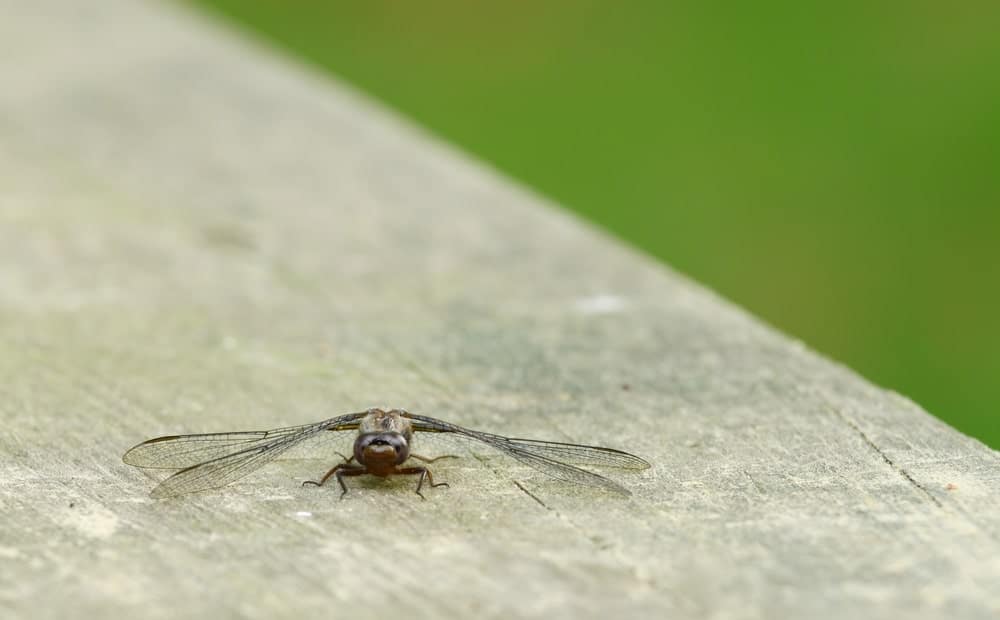 This is a small family of dragonflies that belong to the Anisoptera suborder. This unique group of dragonflies is comprised of the following four genera: 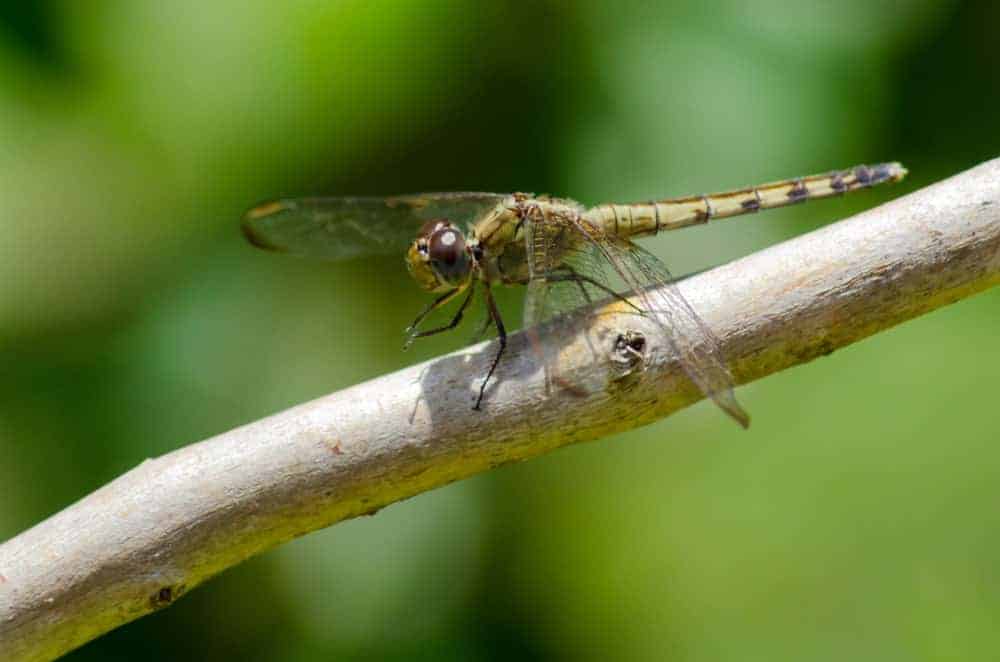 Unlike other long-bodied dragonflies, corduliidae have short and broad bodies. Their head lacks a frontal horn which is usually between antennae base. Furthermore, they feature small, yet smooth lobes. Belonging to the Odonata order and Anisopetra suborder, this dragonfly species is also known as “Emerald Dragonfly.” The reason they are called emerald dragonfly is due to their green eyes.

These dragonflies are commonly found in areas like cool ponds, swamps, marshes, and littoral areas of lakes. Some of these dragonflies are seen in the debris accumulated around small streams. The most common genus of this family is Tetragoneuria, found in the Northeastern region of the U.S. such as Florida and Texas.

On average, their life cycle lasts two to four years in the northern region, while they have a shorter life span in the southern region. The females lay their eggs in small streams and their larvae live in shallow water and shoreline. However, studies show that numerous generations of Corduliidae die in the same location as of their birth which is water stream.

It is believed that adult corduliidaes are active during the afternoon and their mating and feeding schedules depend on the amount of sunlight they get. Please note that corduliidae are carnivorous and feed on small metazoans and protozoans. However, as these flies begin to develop, they start feeding on larger species such as microcrustacea.

These are some of the most common species and are spread worldwide. That being said, some of the species are quite rare. For instance, “Hine’s emerald dragonfly”, scientifically known as Somotochlora Hineana is said to be an endangered species in the United States of America.

The sub-families of this family include: 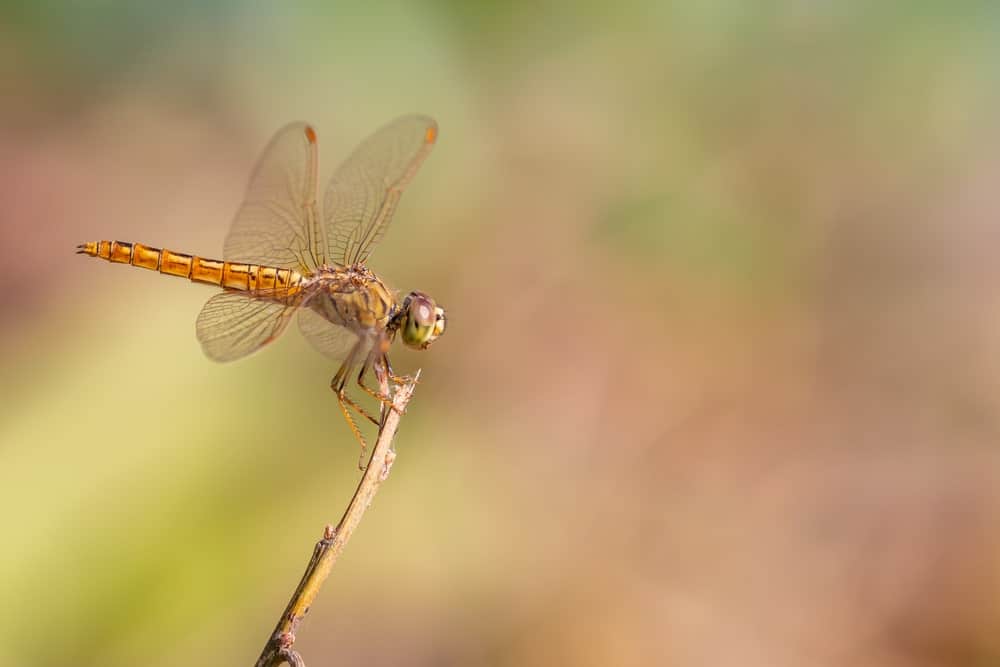 Also known as skimmers or perchers, libellulidae is considered to be the world’s largest dragonfly family. Research shows that this dragonfly family consists of approximately 1000 species which makes it one of the most diverse dragonfly families.

Most skimmers in this family boast small to medium-sized dragonflies. Some are very colorful, while others exhibit distinctive wings. The majority of the skimmer species are perchers, minus the saddlebags and gliders. Depending on the type, the abdomen of a skimmer is either thick or super thin.

Some of the genera in this family are as follows: 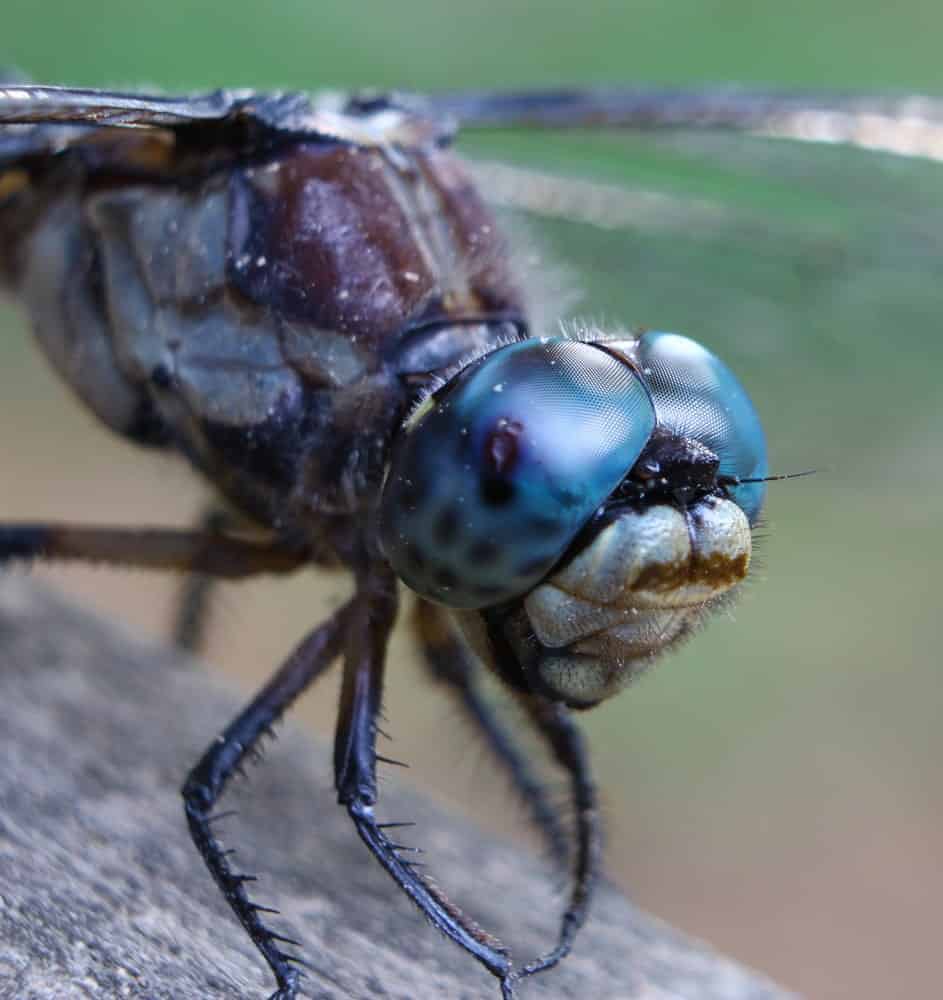 This is the dragonfly family that consists of species like skimmers and cruisers. Their most notable features include flying high over water and roads and landing in the exact middle of them. Their size and shape are similar to Aeshnidae – a common species of dragonfly. However, what sets them apart is their green eyes that hardly meet the top of their head.

Consisting of 25 species,macromiidae are considered as the subfamily of Corduliidae – green-eyed skimmers. Macromiidae is divided into three subfamilies which are as follows: 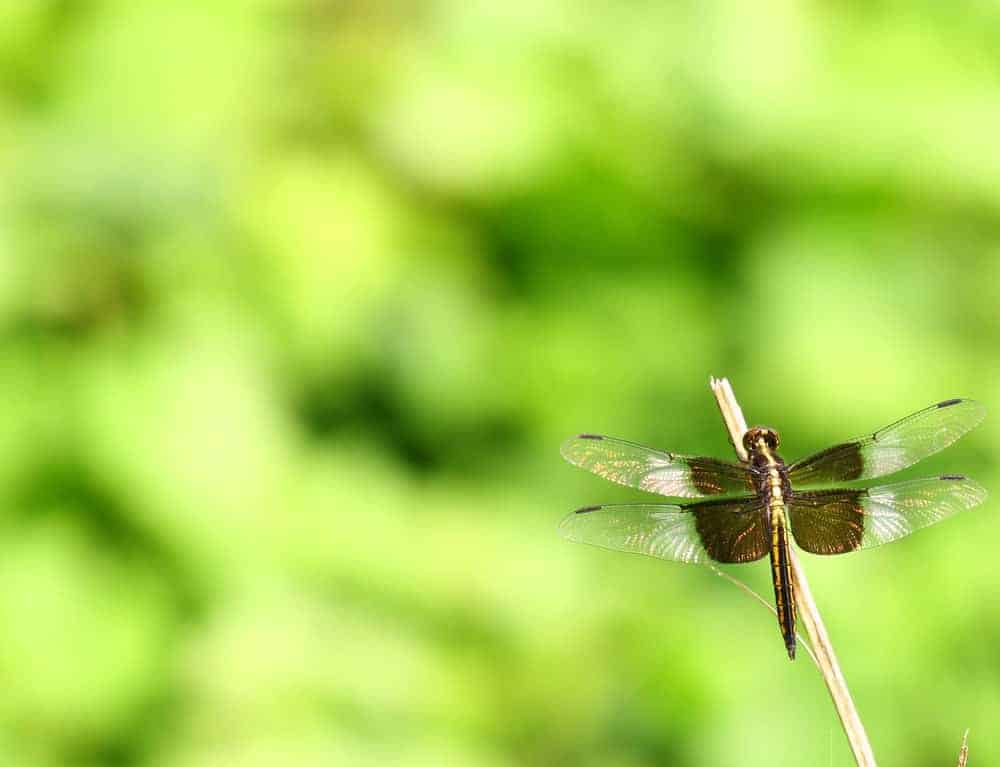 Commonly regarded as tigertails or southern emeralds, sythemistidae has about forty-three species. These dragonflies bear a lot of resemblance to species like corduliid and gomphid dragonflies. Sometimes, this family is regarded as a subfamily of corduliidae due to their similar characteristics.

Tiger tails is considered to be one of the ancient dragonfly families, the majority of them residing in Australia and New Guinea. Generally, most species of synthematistidae are smaller in size and have a slender abdomen. Their habitat includes water areas like small streams, lakes, and ponds.

Some of the common genera of this dragonfly family are:

Other Types of Dragonflies 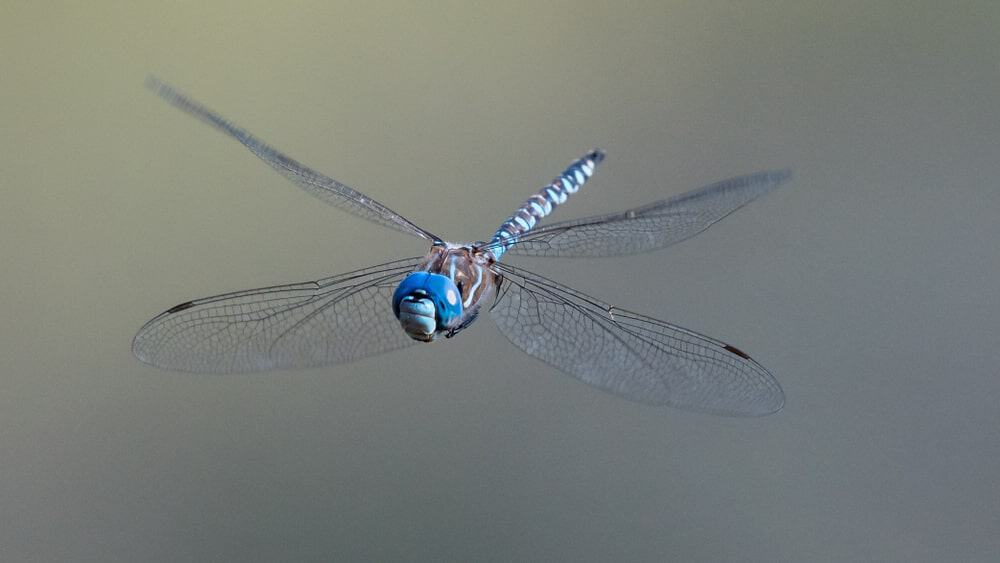 Commonly described as large with a black body and blue spots, darners belong to the aeshnidae family. They widely occur in and near streams, lakes, and ponds of the United States. The family consists of about 40 species, which are further subdivided into thirteen genera. Darner species are slightly different from each other. However, many of them share plenty of common features.

Most males display striking blue dots on a dark-shaded abdomen or thorax. On the other hand, females showcase the same features in hues like green and yellow. These species are also void of thoracic stripes on both top and bottom which makes the identification of these species easier. 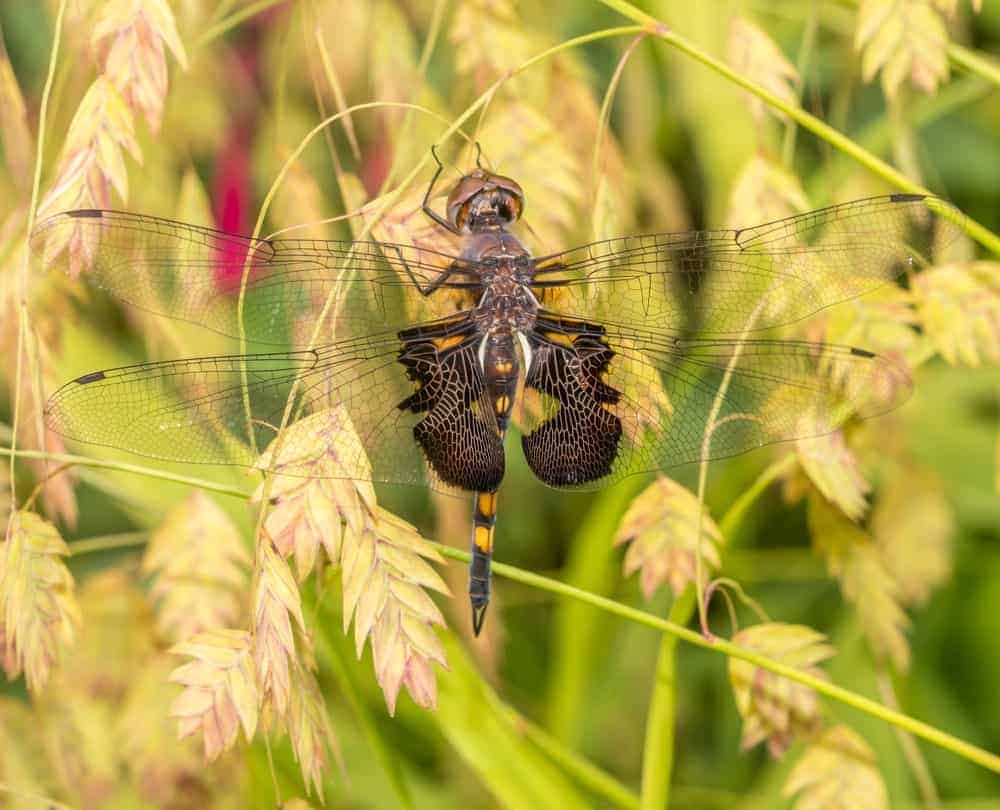 Also referred to as the Black Saddlebags, the saddlebag is found all around the U.S., Canada, and south of Mexico. Research shows that these dragonflies are commonly found on the Caribbean and Hawaiian islands. For habitation, they opt for slow-moving and fish free water with lots of vegetations. These are some of the hundreds of dragonfly species that migrate from time to time. In spring, their offspring settle in the North, while in fall, these dragonflies move toward the Atlantic coast or the shore of Lake Michigan.

Did you know that saddlebags are known as “dancing gliders” as well? That’s because they carry out their courtship and lay eggs by dancing. It is believed that male saddlebags approach their female counterparts and roam around them. Then, they slowly grasp them by their head and thorax with their legs. Black saddlebags happen to be quite effective in controlling the spread of mosquitoes. Studies reveal that black saddlebags can eat up several species of mosquito larvae, devouring almost 38 larvae in just two days. 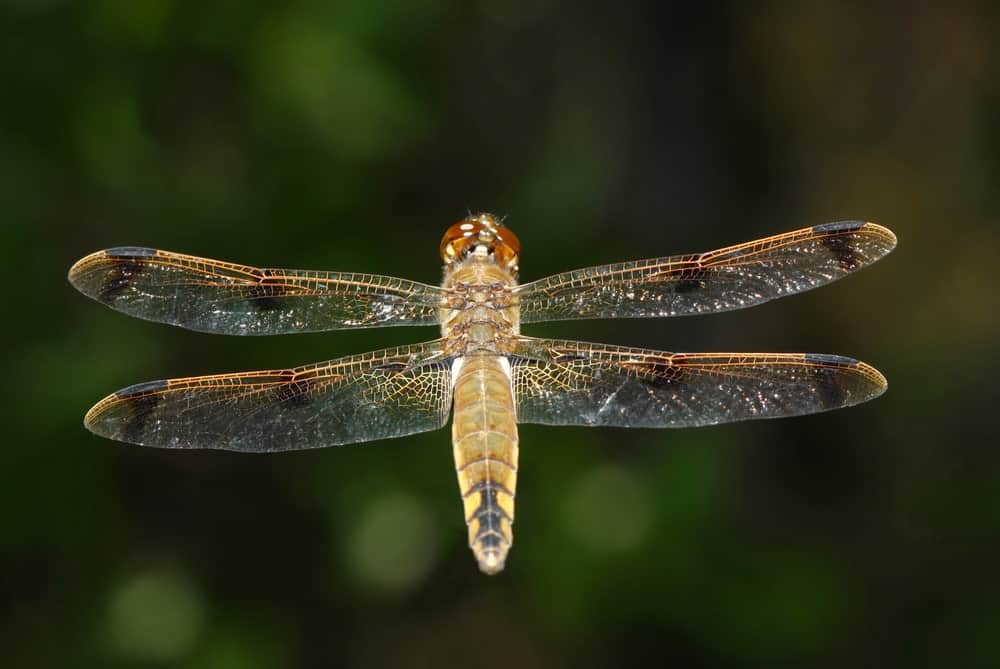 Commonly known as pantala flavescens, the globe skimmer, wandering glider, and globe wanderer, gliders are the most widespread dragonflies in the world. One of the ways to identify a glider is through its bold yellow-colored body. The creature has a dull yellow face which eventually changes into reddish color in males.

The thorax happens to be brown with no spots. In the males, the wings display brown apices while their legs are predominantly black. When carefully observed, their middorsal stripes are black in color that widens and up to 8 to 10 mm in length.

Like the majority of dragonflies, gliders prefer to live in temporary or permanent pools, ponds and all other bodies of water. The naiads prey on a wide range of aquatic insects such as mosquitoes larvae, may fly larvae, fly larvae, shrimp, tadpoles, and small fish. On the other hand, the adult gliders prey on flying ants and other insects like butterfly, mosquitoes, and bees.

Typically, dragonflies are found in tropical and temperate regions, where both small and large bodies of water can be found. It wasn’t until recently that dragonflies have been touted as endangered species due to water pollution, pesticides, and habitat loss. In order to alleviate the threat posed to these endangered species, strict actions need to be taken by both lawmakers and citizens.