Cranberries contain a lot of antioxidants and are very healthy in addition to that it's tasty to include in your diet. Read this article and know the benefit of cranberries and their varieties. 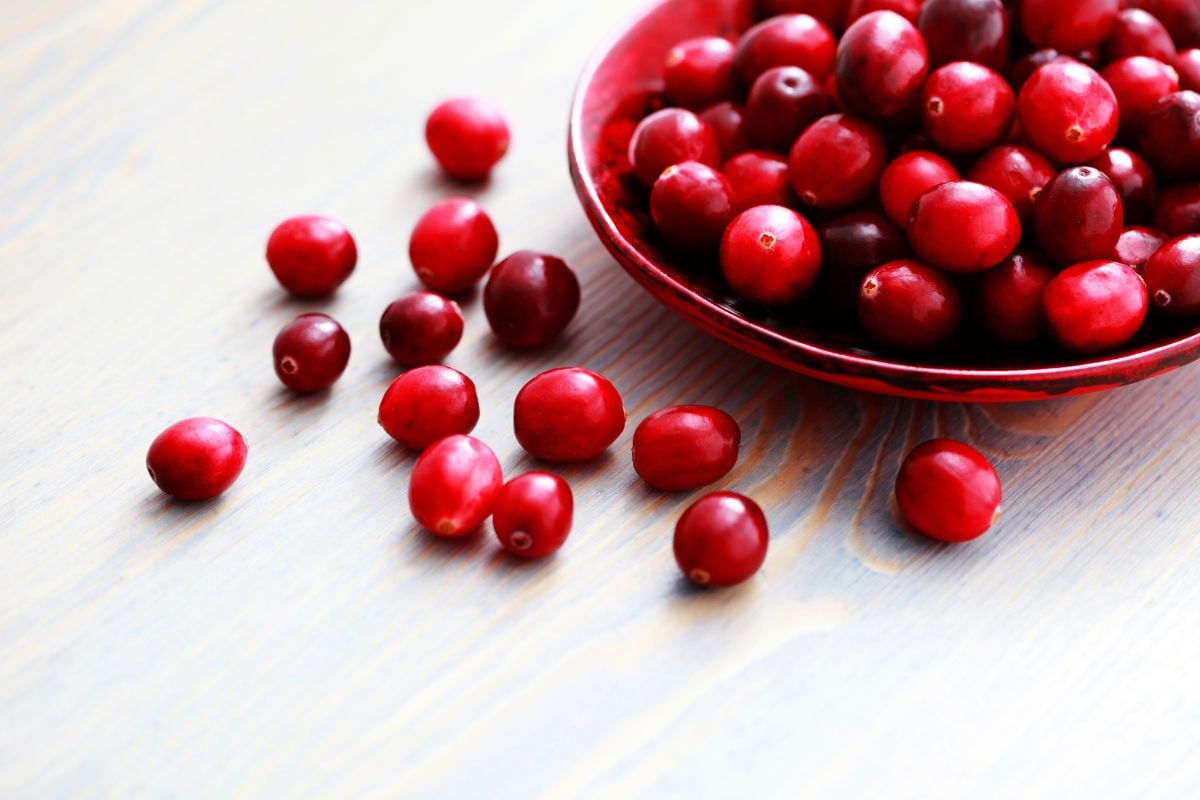 Cranberries are incredibly healthy and considered a powerhouse of antioxidants. In addition to being a favorite around Christmas, adding cranberries to your diet can be a really good idea.

With that said, did you know that there are many different types of cranberries? If you didn’t, you do now! We’ll list all the most important types here so you can go and impress your friends with your impressive knowledge.

So, How Many Types of Cranberries are There? 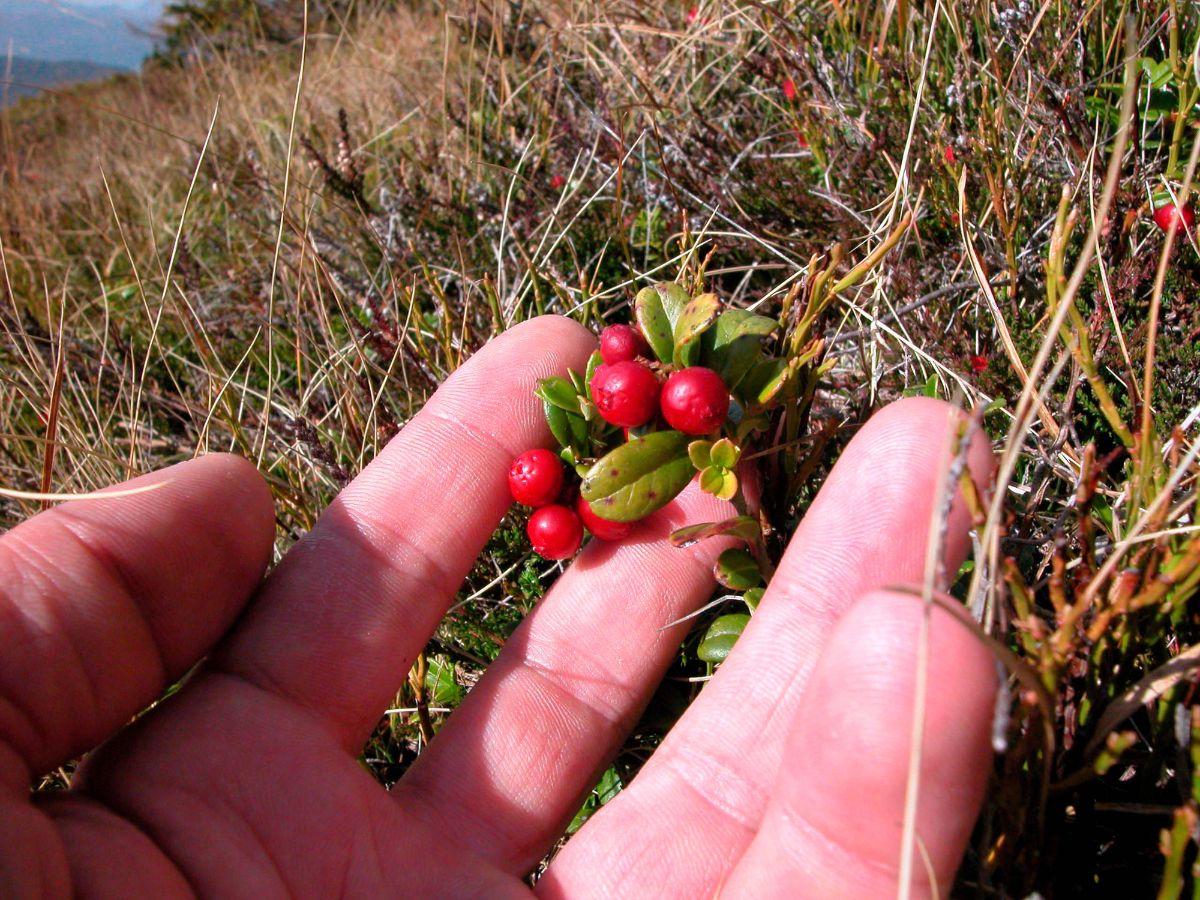 There are actually more than 100 cranberry varieties, and all of them grow in different ways. Some are trailing vines, others are evergreen shrubs.

Cranberry plants are members of the heather or Ericaceae family. However, some of these plants aren’t considered true cranberries.

We decided to only list the best of the bunch, and that’s limited to nine true cranberries that you can grow in your backyard with some love and dedication. (Of course, you need to live in the right area, but you probably already know that) 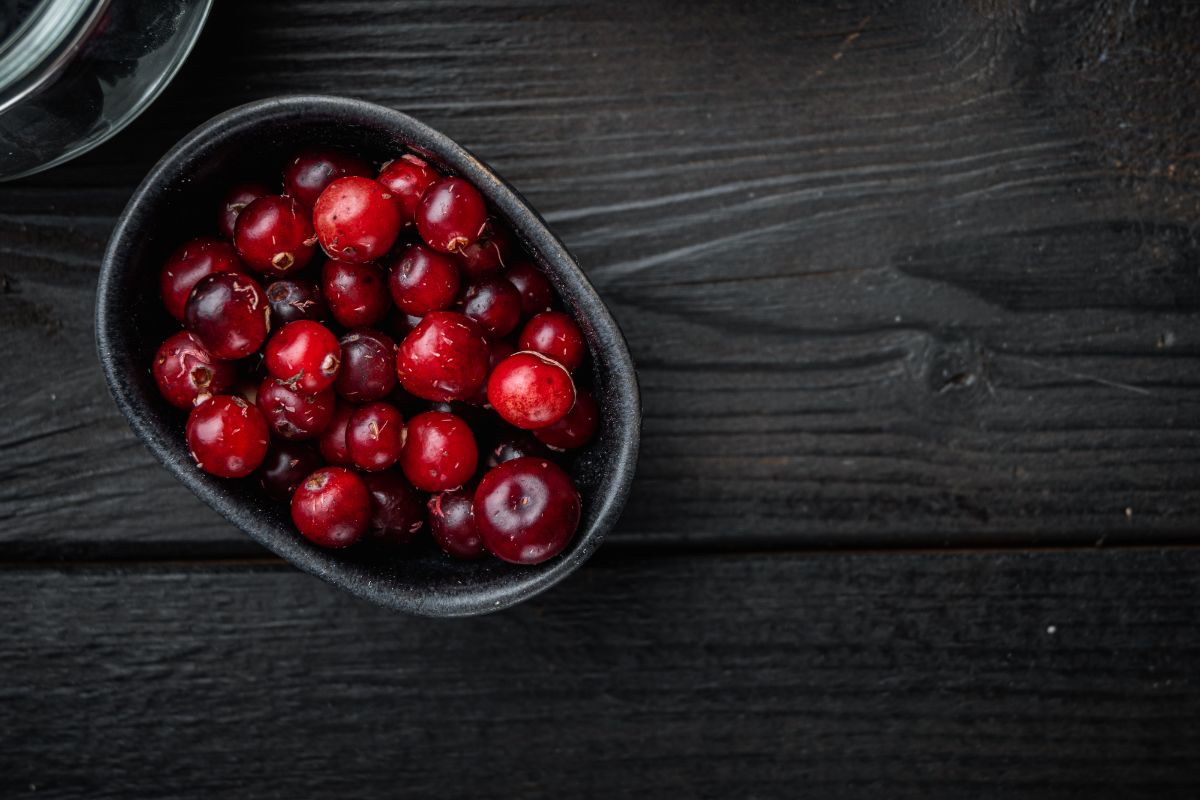 This cranberry was a native wild type chosen for cultivation all the way back in 1901 in Wisconsin. It is very productive and bears large and deep red fruit.

Although it wasn’t seen as an acceptable genotype back then, it has gained popularity in more recent years.

Nowadays, this type of cranberry is grown commercially through clones of the original. There are even breeding programs that aim to create new cultivars.\

Ben Lear cranberries are great for cranberry juice and cranberry sauce. You can also make delicious dried cranberries from the fruit. This is one of the most versatile cranberry varieties out there.

The fruit even makes for good decorations!

This is one of the first types of cranberries released by Rutgers University’s Dr. Nicholi Vorsa in 2006. It is a hybrid cross of two types of cranberries: Ben Lear and Stevens. This variety improves on both of them and is considered much better by those in the know.

You get larger and more consistent yields than with Ben Lear and you’ll find that this variety blooms a bit quicker than Stevens. 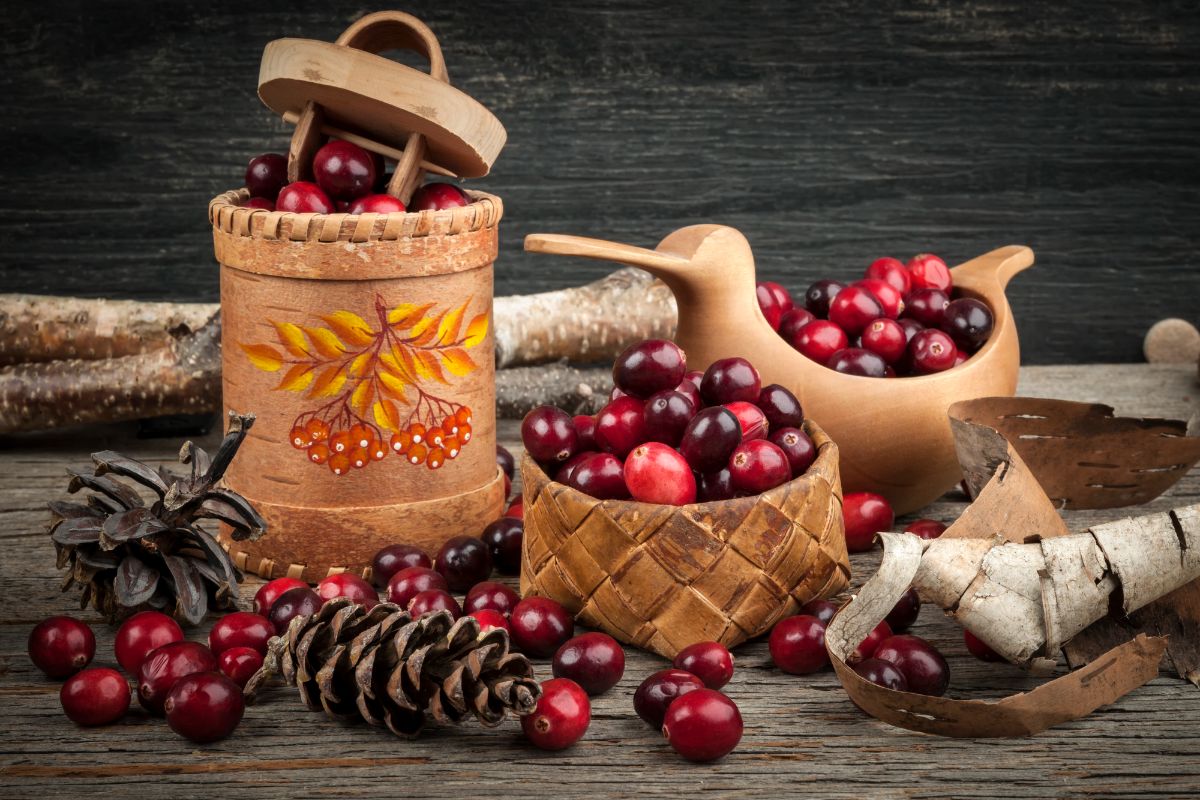 Early Black is a cranberry variety that ripens really early and is popular with regular growers. You’ll notice that this plant has small and dark red berries that are surprisingly sweet.

Typically, Early Black has a lower yield than other modern hybrid varieties of cranberries. They also need to be pruned more but grow really well. This cranberry variant is rather susceptible to fungal disease, so it needs to be taken care of well.

The fruit of this plant ripens early, and stores very well too. Also, the plants are highly resistant to the dreaded false blossom disease, adding to its appeal. 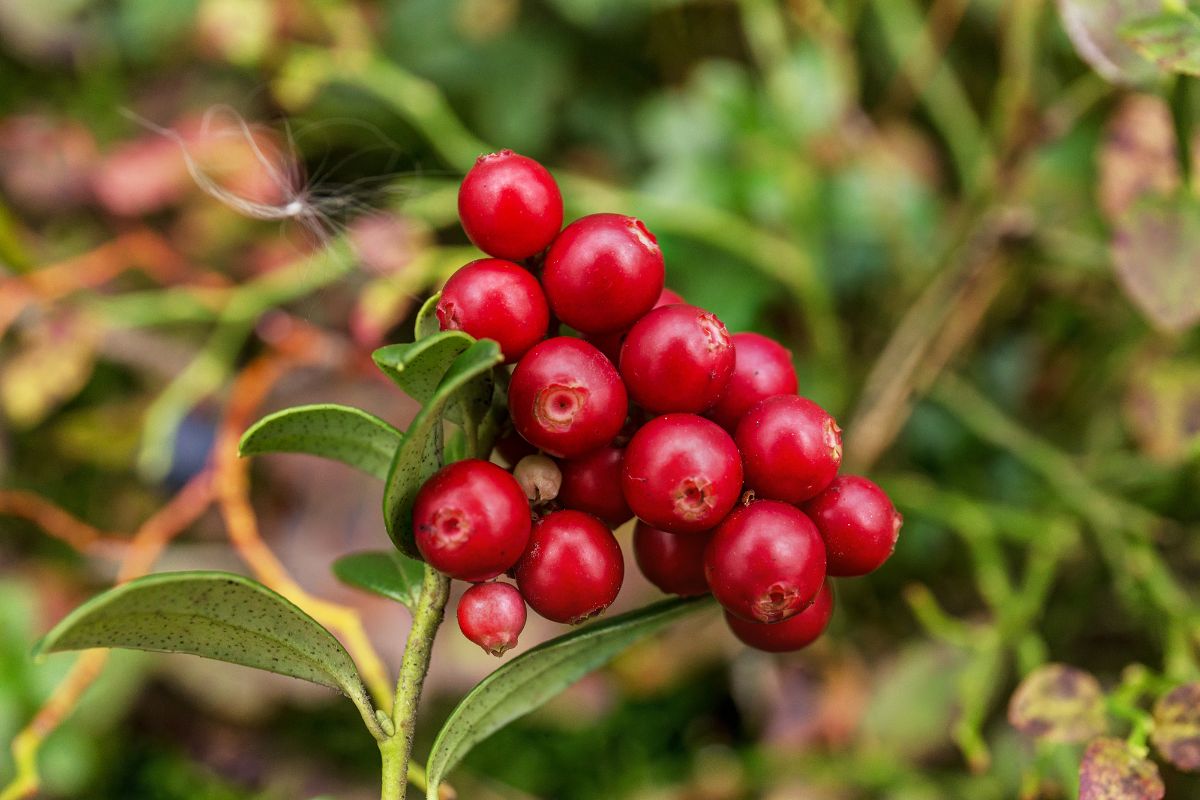 Howes tend to be frost-resistant and have shiny fruit but ripens later than Early Black. This cranberry plant was found in 1843 and remained quite popular over the years.

The fruit these plants bear is firm and they store well. In addition to being resistant to frost, they’re also rot-resistant but they are susceptible to false blossom disease.

This variety was sourced from the wild all the way back in 1874 and is resistant to false blossom disease. It ripens late and yields large fruit. 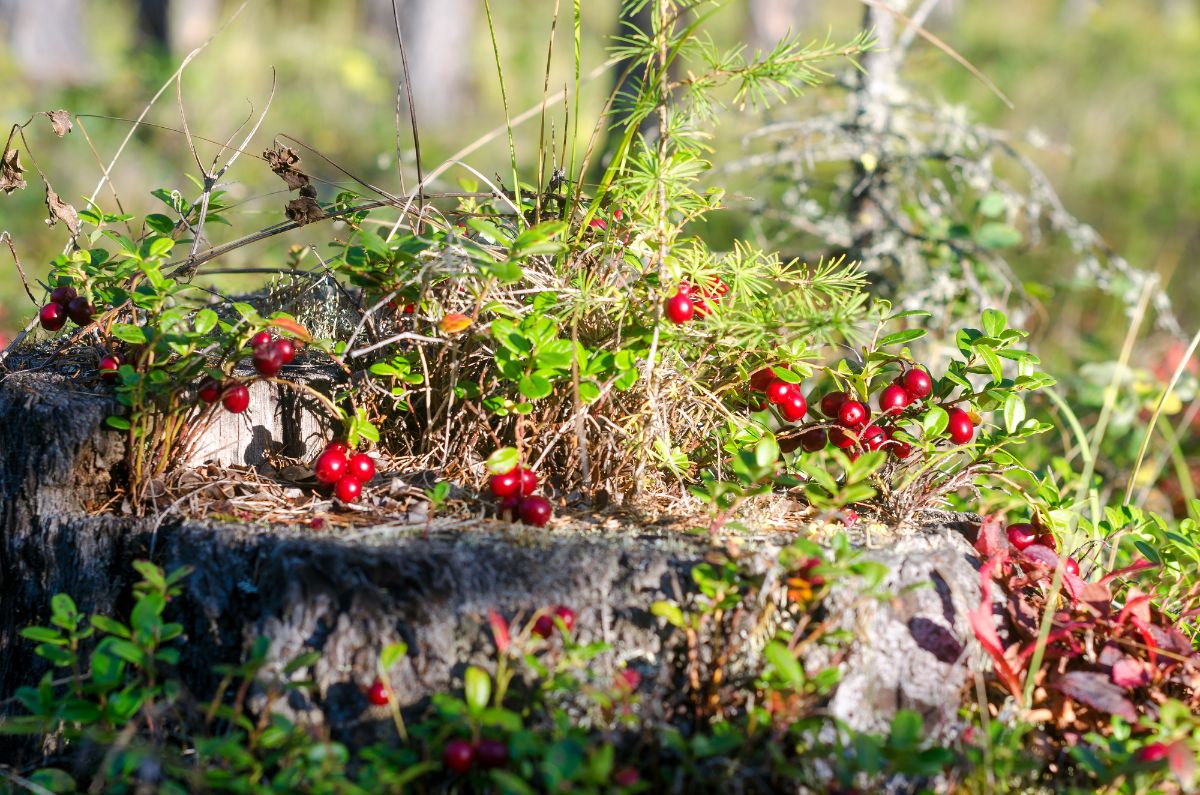 Pilgrim is a hybrid cranberry cross and produces a deep red fruit that typically ripens late. It has a good keeping quality and is relatively juicy. The berries are also low in pectin.

This plant is resistant to false blossom disease and shows good resistance to frost as well. 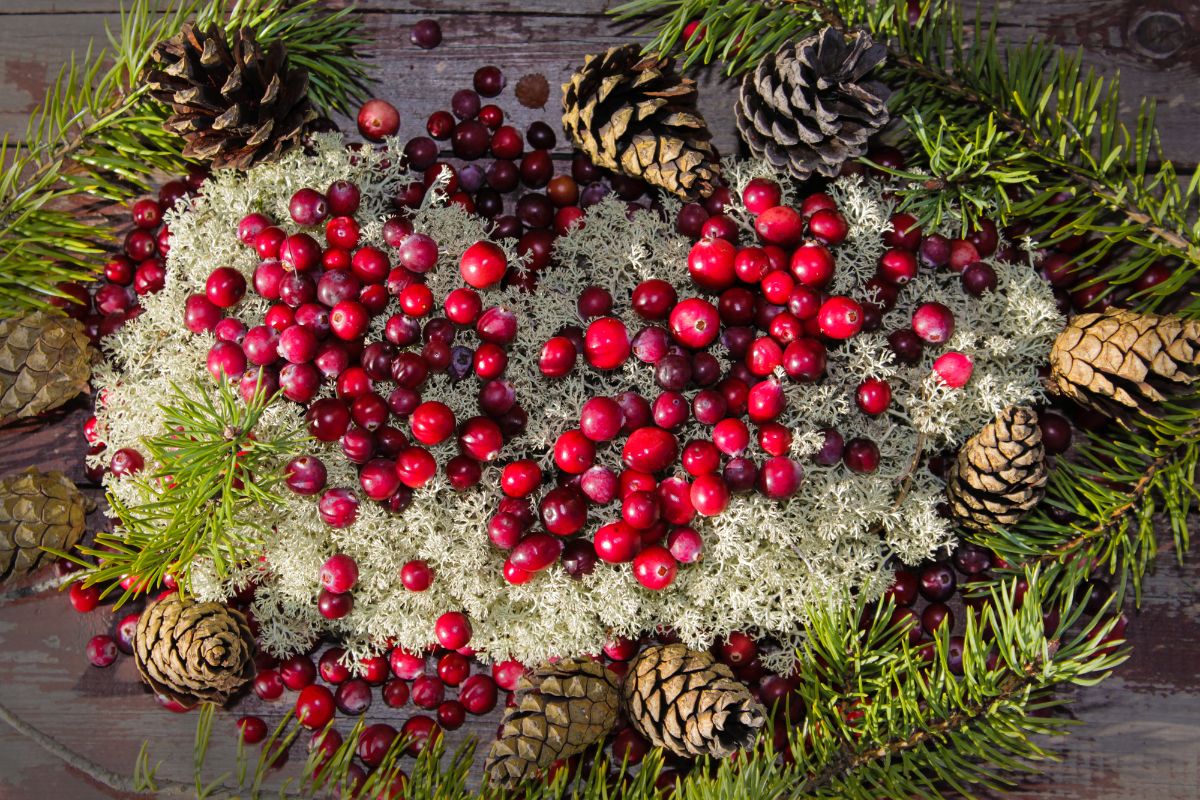 This is another hybrid cranberry that is disease resistant and can produce high yields. The fruit is typically of great quality and large, while being somewhat sweet and dark red in color. 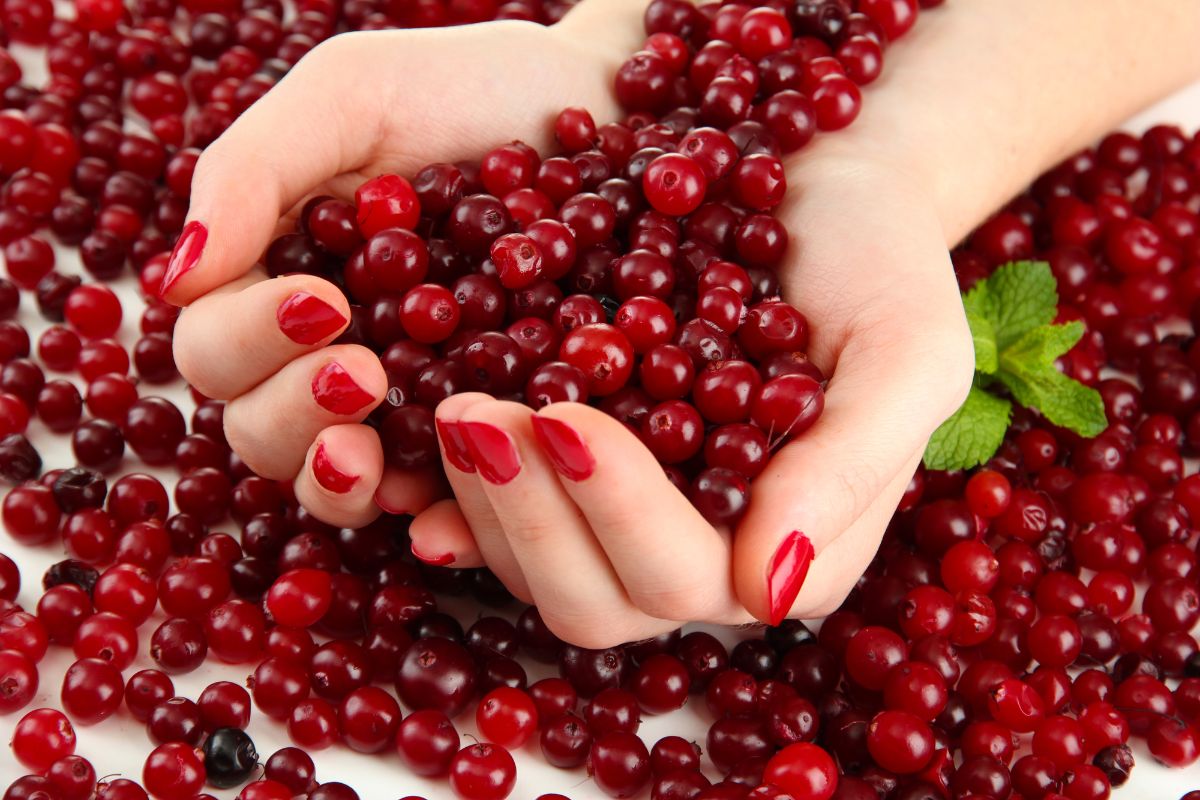 Another popular hybrid cranberry plant, this is a very popular variety of cranberry. It tends to dominate the cultivation market.

You’ll find that Stevens plants have fruit that ripens earlier than Howes’ and is deep red. Typically, the fruits are juicy and low in pectin, which makes them ideal for commercial processing.

Brief History of Cranberries and Their Cultivation in The US 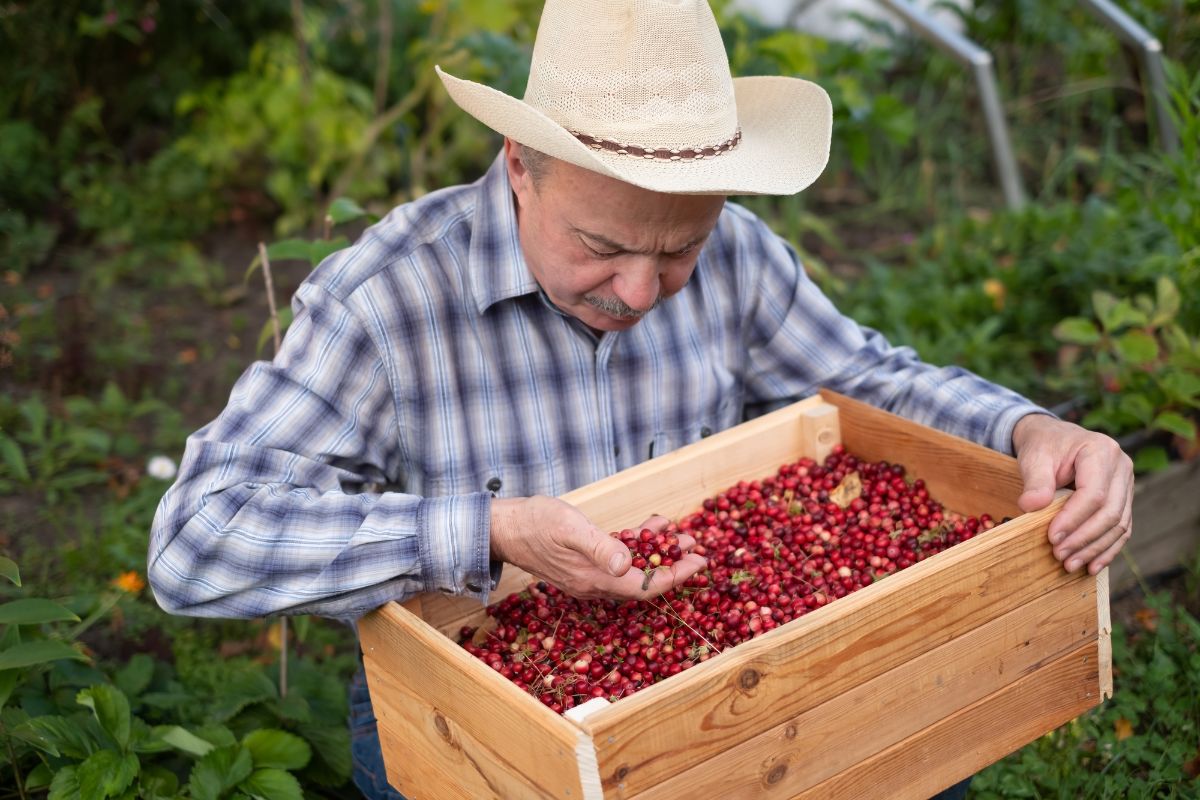 The American cranberry is indigenous to North America and can be found in the northern area of the United States from Wisconsin to Maine as well as from North Carolina to the Appalachians. It was introduced to planters in Oregon, British Columbia, and Washington.

The first colonists to arrive in America found this cranberry growing in marshes and peat bogs. It didn’t take long for them to realize how valuable the plant is as a food source.

The native Americans didn’t cultivate the plant, but they did gather the berries and used them in their food. They were actually the first ones to sweeten cranberry juice with the use of maple sugar.

Initially, cranberries were also used for wounds when mixed with cornmeal. This mixture was really good as a cure for blood poisoning. The juice of cranberries was also used to make a dye that brightened rugs and blankets.

The fruit was first called cranberry because of the plant’s flower. Eventually, after becoming part of their daily lives, people started calling them cranberries. It is believed that cranberries were used during the first Thanksgiving feast.

Henry Hall was the first person to actually cultivate the cranberry. He was a veteran of the Revolutionary War and lived in North Dennis, MA. He took note of the cranberry vines that grew near his home and transplanted some of them in 1816.

By 1820, Hall was shipping cranberries to New York City and Boston. It was obvious that people loved the fruit of this plant. After this, word started spreading about cranberries and soon many others started cultivating the plant. Massachusetts is still the home of the two principal cranberry cultivars.

Cranberries were eventually shopped to Europe as well. The exports were packed in water in barrels and they also became popular with sailors who wanted to avoid scurvey.

Tips for Growing Cranberries at Home 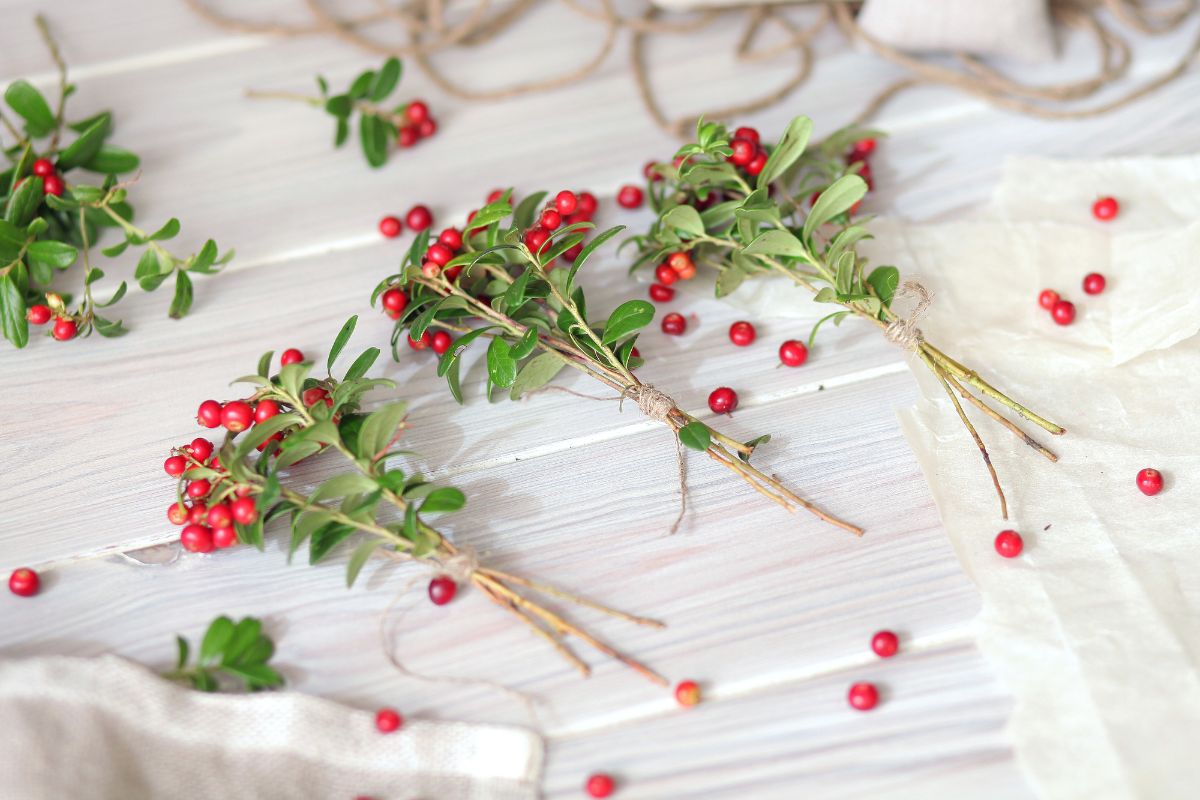 Are you interested in growing your own cranberries now that you know more about them? Great!

Here is some advice on how to grow cranberries in North America.

The very best time to plant (or transplant) cranberry bushes is once the last spring frost is over. The bushes typically have a shallow root system and will grow in the top six inches of soil/dirt.

Plant your cranberry bushes at least two or three feet apart, and make sure you don’t plant them too deep in the ground. 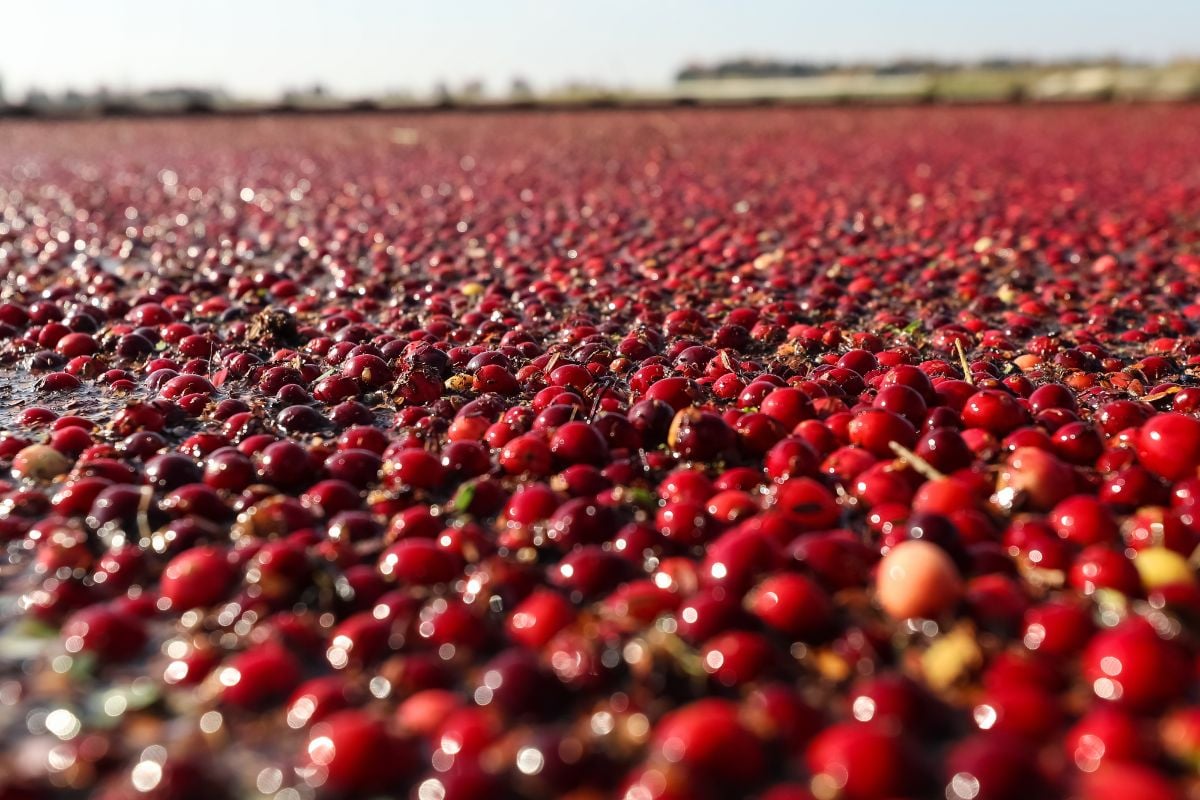 Your cranberry plants will need good sunshine and must be planted in moist but draining dirt. The soil should have a pH level of between 4.5 and 5.5. Should your soil not meet this requirement, you can amend it with compost, an acidifier, or cow manure.

You can plant your cranberries close to blueberries or azaleas. These plants thrive in similar soil.

You have to ensure that the plant’s crown is at ground level and that the roots are only just beneath the surface.

Typically, you can expect that the bushes will grow to about eight or ten inches in height. This can vary depending on the variety you’ve chosen.

You won’t have to prune your cranberry bushes when you plant them. However, taking care of dead canes can be beneficial. 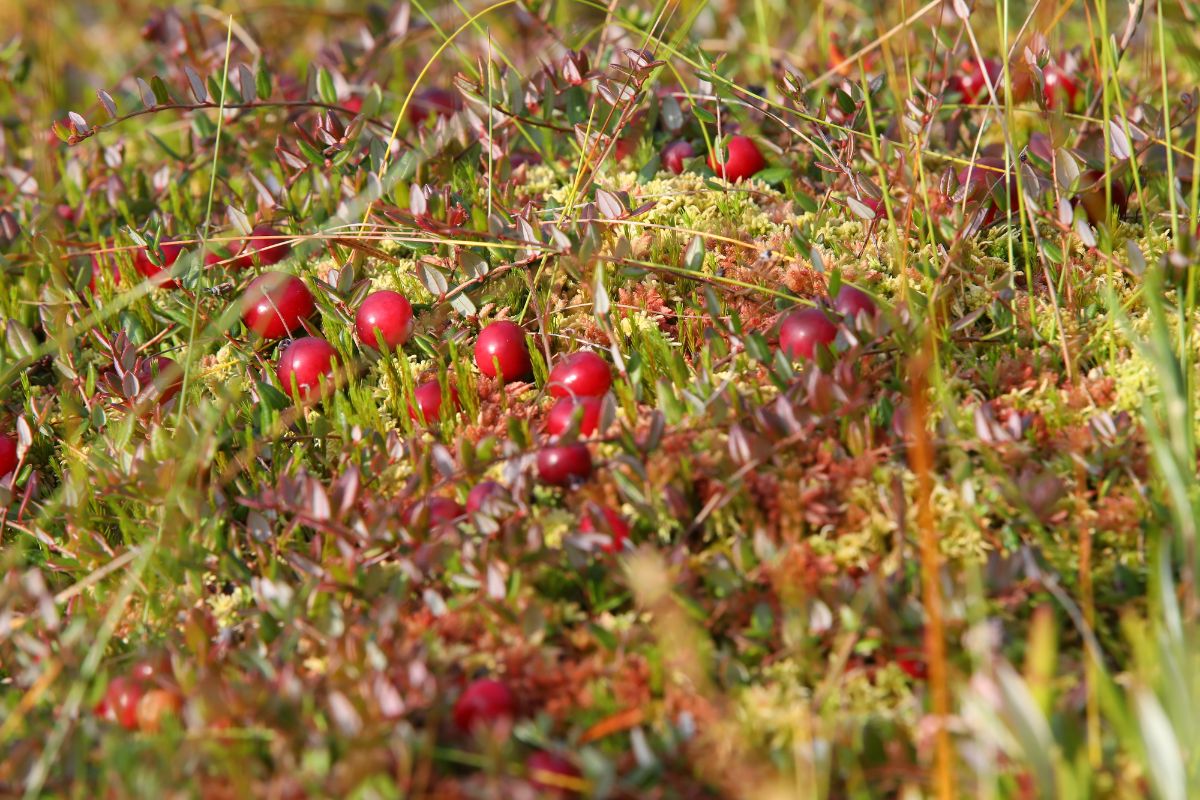 It’s a good idea to spread mulch over your garden bed to keep the moisture in and prevent weeds from growing too freely. Water your cranberry plants often and regularly. They should be moist but don’t soak them.

If you’re curious about the benefits of cranberries, we’ve got you covered. Here’s what you can expect from adding cranberries to your diet: 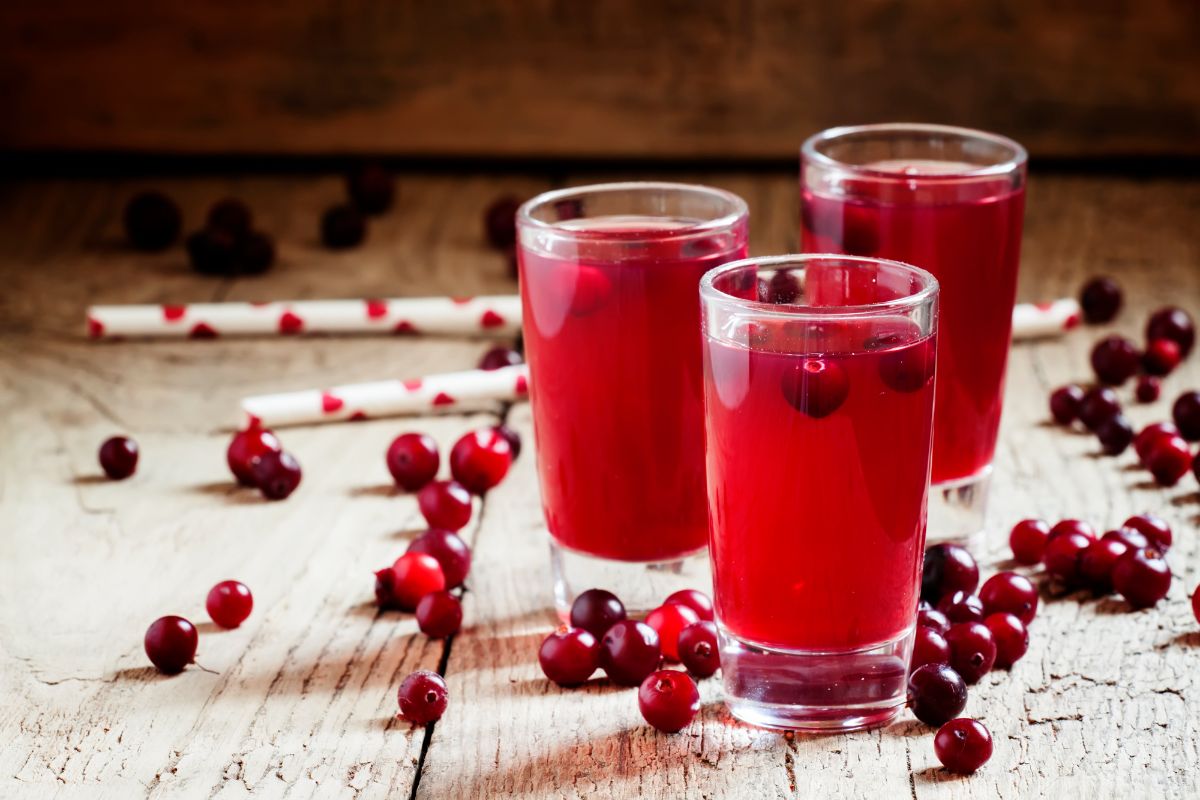 Cranberries have long played an important role in treating UTIs (urinary tract infections). Medical professionals are known to recommend cranberries to women who have recurrent UTIs. This is because of the high level of antioxidants that are found in cranberries and how they can help prevent infections.

Can Slow Progression of Cancer

Cranberries are certainly no cure for cancer, but they do offer beneficial effects for people battling cancer. Cranberries can reduce the inflammation that cancer patients encounter as well as slow the growth of dreaded cancer cells and even trigger the death of these cells. This is still something that is being researched, though. 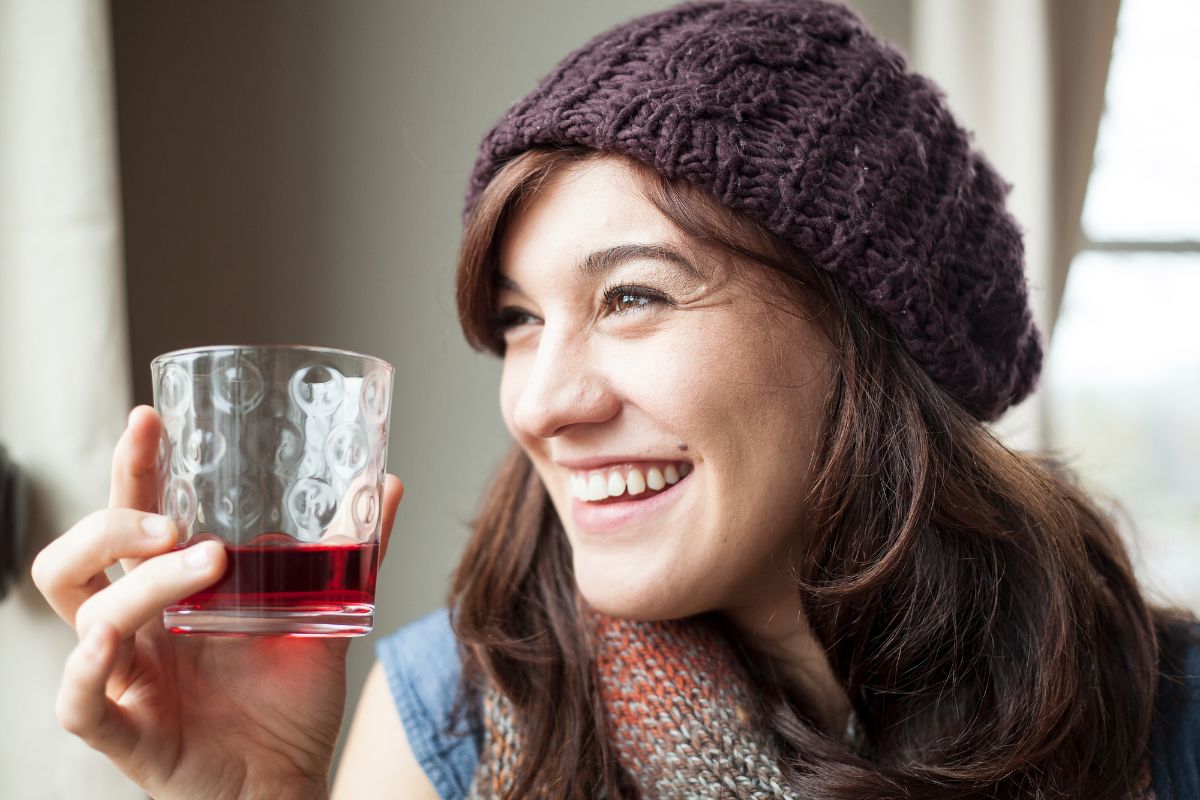 A surprising benefit that cranberries have to offer is how beneficial they are to your oral health. Cranberries prevent bacteria from binding to the surface of your teeth, which is a good thing. They may also help with preventing gum disease. 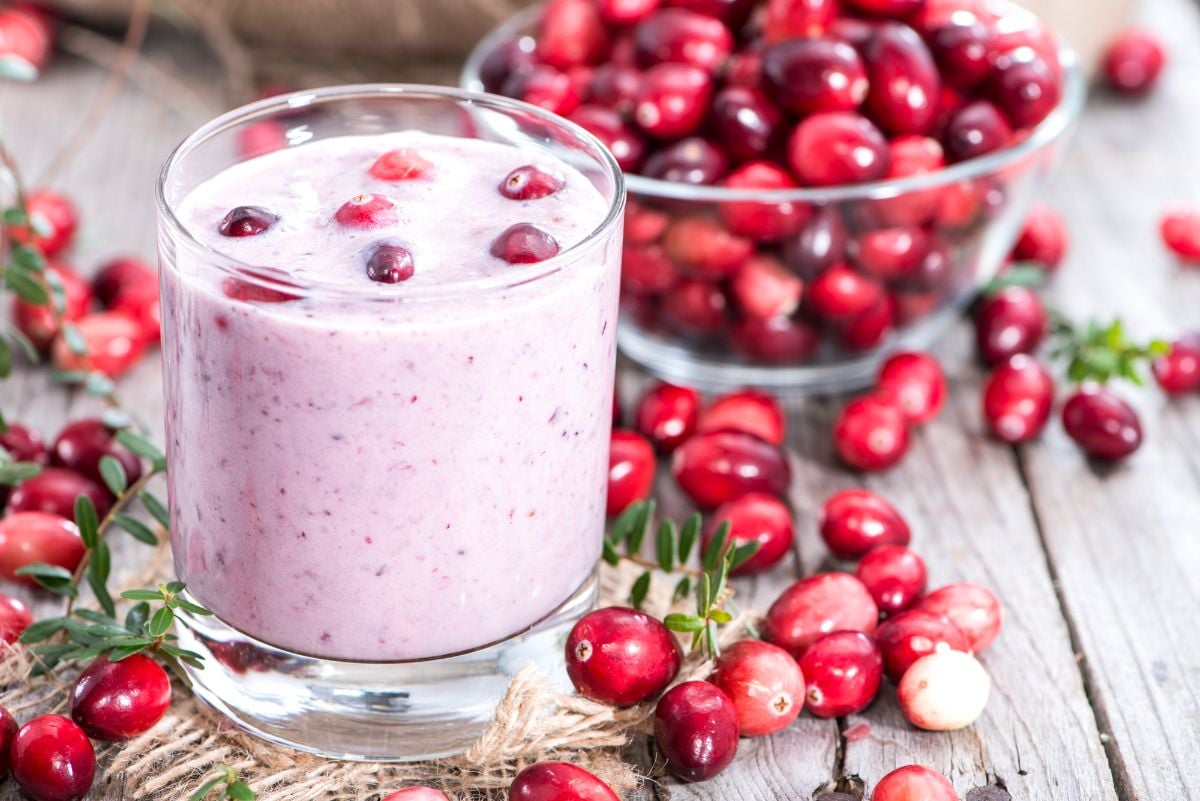 Here’s a quick look at the nutritional value of cranberries. The following is a list of all the nutrients that cranberries have to offer.