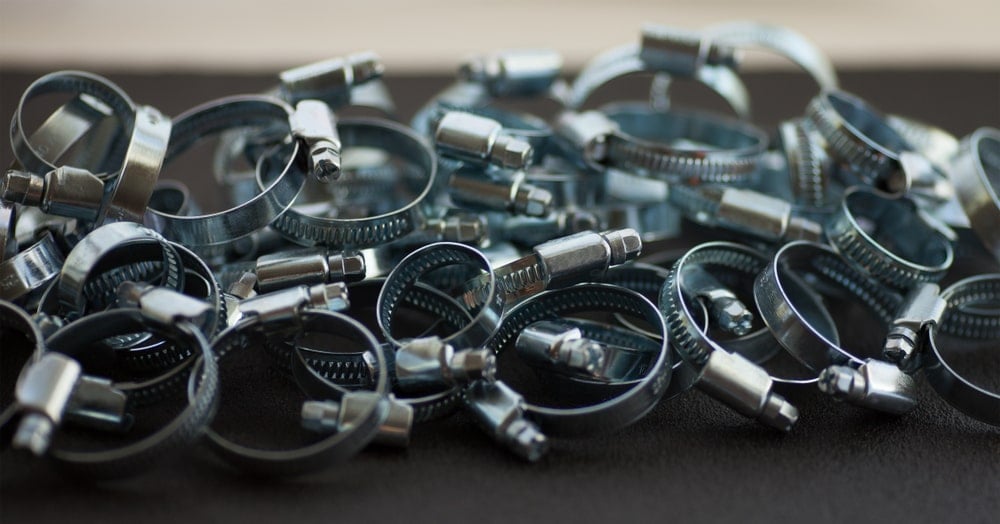 Although they don’t seem like a critical part of internal building construction or plumbing systems, clamps serve a very important function holding lines in place, suspending them, or keeping plumbing secure. Without clamps, most plumbing would eventually break resulting in catastrophic failure and significant damage to the immediate area.

Functioning as an essential form of fixing or stabilizing plumbing of all sorts, pipe clamps have developed over the years from a simple application of rope or chains to manufactured parts that can be used in a variety of situations and conditions. Fundamentally, pipe clamps are designed to keep a pipe or segment of plumbing in place, either in a specific location or suspended in the air.

Many times pipes and related plumbing have to go through cavities, ceiling areas, basement walkways, and similar. To keep the lines out of the way where people or things would be moved but to still run the plumbing through the area they have to be helped up high on the walls or suspended from the ceiling.

This is done with an assembly of rods attached to the ceiling on one end and clamps on the other. Otherwise, the pipes are secured by clamps to the walls to keep them in position high up. However, not any simple clamp will work. Some have to be able to hand temperature. Every clamp needs to be secure to avoid wiggle in the pipeline. And they need to be able to address expansion changes in pipe metal that can make the diameter bigger or smaller with cold or heat.

The simplicity of the pipe clamp hides how important a function it serves. By keeping a plumbing line in place, the equipment helps ensure the liquids or gases moving inside stay where they belong and arrived at their intended destinations. If a pipe were to come loose, the fluids inside would immediately spill into the immediate area or the gases would contaminate the air in a similar fashion. With volatile gases, it could even result in fires or explosions. So clamps serve a vital purpose, no argument.

The most basic design in pipe clamps is the standard version which involves two parts held together by screws. The clamp is split into two equal parts that surround half of a pipe. The parts are connected together by sandwiching the pipeline in the middle and secured by screws that hold the clamps together tightly.

The most basic of standard clamps are bare metal; the inside surface sits right against the pipe skin. There are also insulated versions. These types of clamps have rubber or material lined on the inside which provides a type of cushion between the clamp and the pipe skin. The insulation also allows for extreme expansion changes where the temperature is a big issue.

Because they are the most common, standard clamps come in a variety of sizes as well as shapes. There are versions that address a single pipe and others that can secure two pipelines simultaneously. In any form, standard clamps work best with plumbing that utilizes a rigid material, whether that’s metal or plastic.

Utilizing a metal rod bent in the shape of a U with the ends threaded, the U-clamp is secured with a plate that fits over the two rod ends and tightens down with nuts on the threaded ends. U-clamps are not lined and are used for bunching lines, plumbing, and metal rods together. These clamps are often used for outside applications where the elements are involved and exposure would ruin smaller or weaker clamps.

Using the same approach as a Split-Band clamp, the Saddle Clamp is a one-piece application that allows the pipeline to fit in on one side only. The Saddle Clamps is then secured with screws to a flat surface, either the ceiling or a wall. These types of clamps are best used where the plumbing line needs to be secured onto a flat surface versus hanging suspended. Most saddle clamps are not insulated inside, so they work as a basic holding mechanism and should not be used on pipes where temperature or noise is an issue. 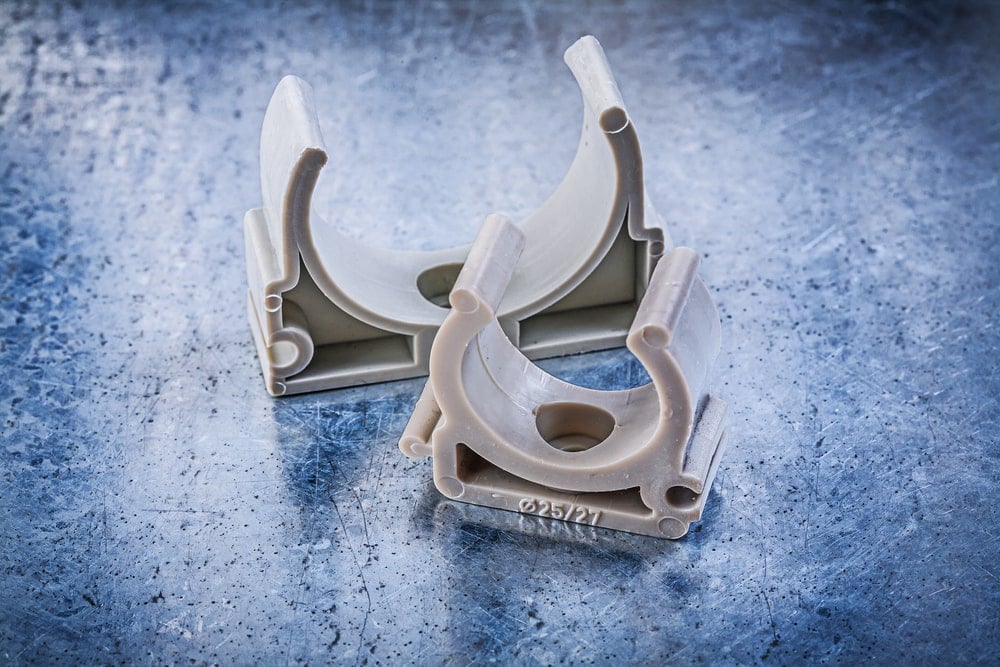 Specific to just plastic plumbing or PVC type piping, plastic pipe clamps provide a softer hold that won’t crack or break plastic material like metal may do when tightened down too far. That makes plastic pipe clamps useful for copper plumbing as well since it tends to be a softer metal as well. These types of clamps work are ideal in applications where the pipe diameter tends to be thin and delicate or it handles a lightweight load, such as gas.

Some of the most modern plastic clamps are very much put in place and attach style applications, reducing the need for lots of drilling and tightening. This approach is frequently used where electrical wiring and data cables need to be routed and protected from friction at the same time. The plastic material also prevents corrosion damage in situations where the plumbing or routing line runs through environments highly damaging to metal material. 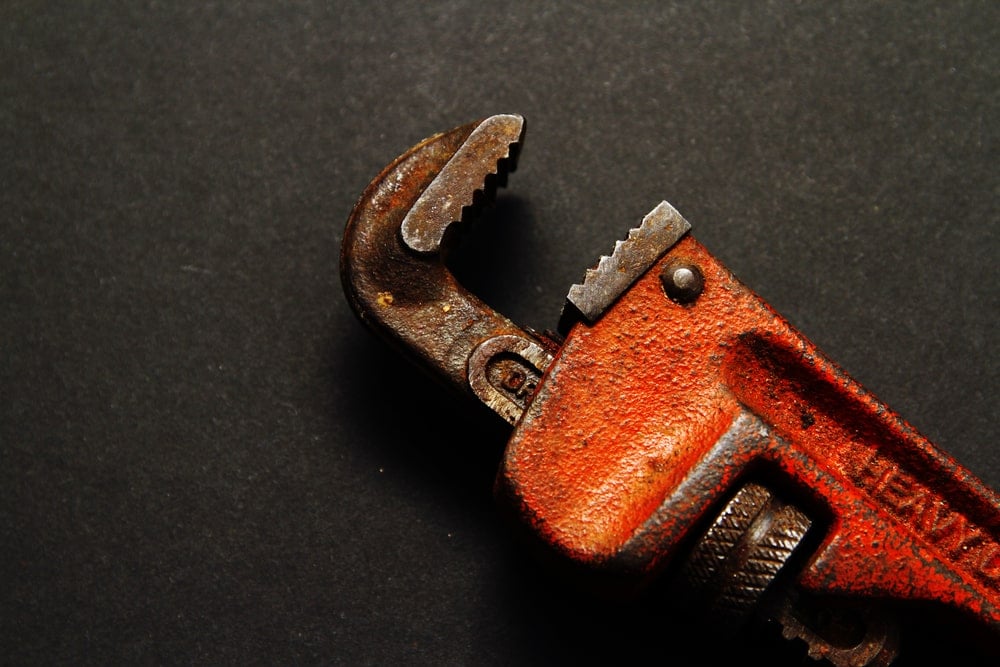 Frequently used for hold up or keep a mainline stable, these types of clamps are robust, strong, and tend to have some weight of their own. Made of metal as well, they are unlikely to break or let loose except under extreme strain, which is more than enough to hold up very heavy plumbing with a full load running through. These types of clamps are frequently used for main water supplies or holding up steel or metal beams that have substantial weight as well.

They come with both insulation as well as bare form, and they can be used in securing construction as well. Heavy-duty pipe clamps are often used on suspension bridges as well as outdoor constructs where weighted material needs to be carried without failing or risk of breaking. They most frequently are seen on large plumbing lines running on the outside of buildings or refineries where the plumbing has to be suspended but kept secure at the same time.

Which Clamp To Choose?

The short answer is, it depends. What is needed on a plumbing or line installation as well as the environment that it will be relied upon are two of the more important factors that often decide which clamp type should be used.

Temperature can create a lot of havoc on a plumbing line if the wrong clamp is used and expansion or contraction from heat or cold starts to have an effect. For example, if a clamp is applied too tight, it may not allow for the line to expand as it heats up. That can cause a pinch point or a line breaking, resulting in catastrophic damage to the immediate area.

Clearly, anything that can’t handle a corrosive environment such as moisture or chlorine, for example, shouldn’t ever be relied on, even as a temporary fix. Where a heavy line is going to be installed, a clamp that is robust enough to carry 10 times the weight absolutely should be the only choice or failure could get someone hurt.

Most weight-bearing clamps will be clearly labeled so a user knows how much it can carry safely. The size of the routing or plumbing will also influence the clamp choice, as well as the need for sound protection and stabilization of the line from moving.

Most installers know about these issues first-hand and will point out the specific need or clamp type right upfront if something is requested that would result in an incorrect application. However, if a person is working on a do-it-yourself (DIY) job, then a bit of research and learning is a very good idea before getting started.

Be aware as well that using the wrong clamp can also result in an unwanted chemical reaction between the clamp and the plumbing line. For example, plastic piping can be held up but both plastic clamps as well as metal ones. However, metal clamps need to be lined.

If not, the type of plastic used in the plumbing can actually result in a reaction with the metal of the clamp, causing corrosion and clamp failure. This corrosion comes from the very compounds used in the plastic plumbing type, which ranges from oils to acids to greases each resulting in a different effect.

A similar problem can occur when one tries to use steel clamps on a copper line. The two metals actually react with each other. To avoid this potential problem, the metal clamps need to be nylon-insulated or avoided altogether by using plastic clamps instead.

If you have ever banged two pieces of metal together, then you know they make a lot of noise. This can happen repeatedly with plumbing that handles a heavy load, causing the pipe to vibrate.

Without insulation and padding, the line can start to wiggle within a bare metal clamp, making a very loud racket. If vibration is a concern, then bare clamps simply can’t be considered. Instead, installers need to be using rubber-insulated clamps that can keep a line secure and dampen the vibration effect without the related racket.

The speed of installation can be an issue as well. If a job needs to set up and secure a line quickly, having one connection point for clamp results in half the work time than two securing points. So choosing a clamp with one screw intends to be the better solution, as long as it can handle the weight as well. 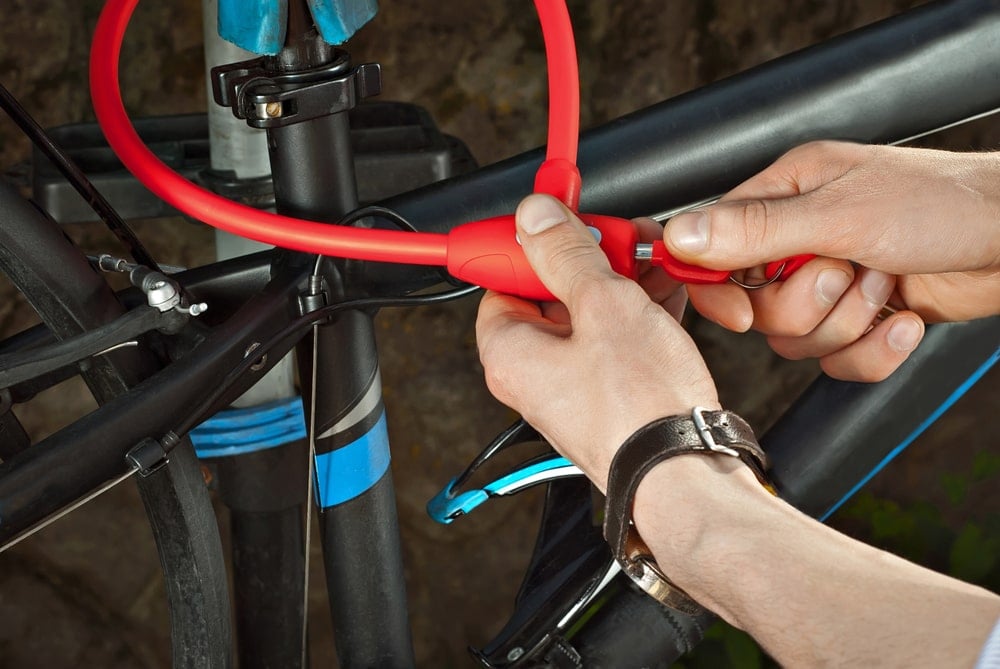 In most cases, the size of the pipe and the matching clamp is identified by either the outer diameter (O/D) or the nominal bore (NB). These two metrics allow an installer to match the clamp size to the pipe or routing that will be used exactly. Again, this is essential to either remove any play or to compensate for expansion, depending on the installation environment.

Color coding is used in the world of insulated clamps to quickly identify the type of insulation and application. The choices include the following: