Mmmmhhh good! Read this blog post to find out different types and varieties of chocolate in the world. 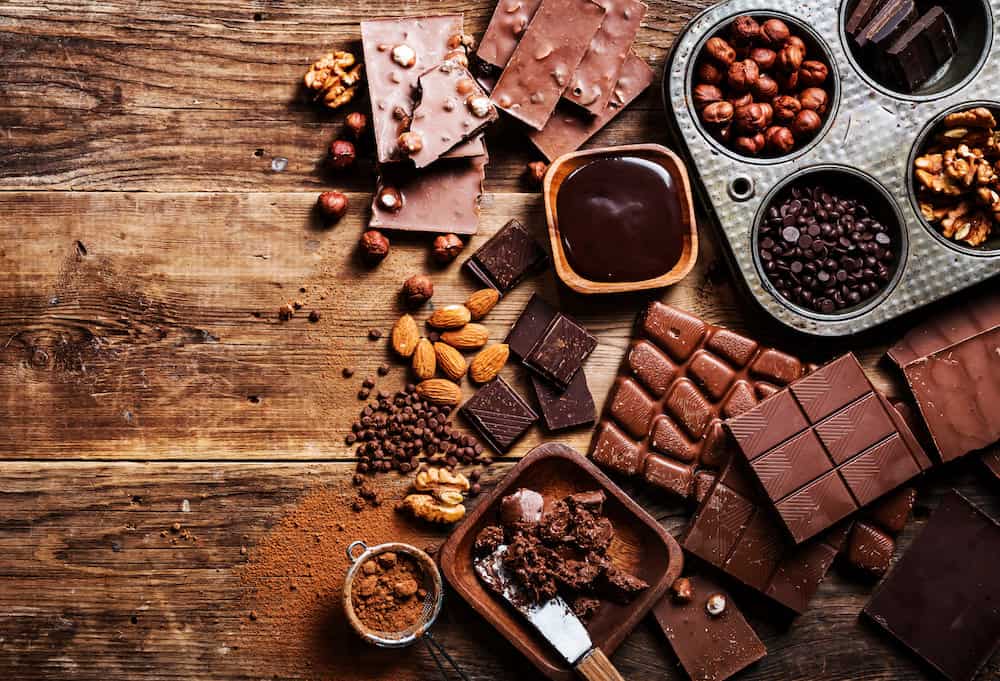 Let’s admit it – there is nothing like chocolate when it comes to its unique flavor and texture. While today we may conjure up images of sweet edibles when we think of chocolate, history shows us that chocolate has not always enjoyed the status of being a “luscious dessert”.

A brief history of chocolate

The origin of chocolate can be traced back to 2000 years when it was called “xocoatl” – an Aztec word for a bitter drink, made from cacao beans. Anthropologists from the University of Pennsylvania discovered that the beans of cacao fruit were fermented into an alcoholic beverage in 1400 B.C.E. This clearly shows that throughout much of history, chocolate was regarded as a beverage rather than a sweet treat.

Although it is difficult to pin down exactly when chocolate was first invented, this sweet delight has always been cherished in some form or another since the start of human civilization. In the early centuries of pre-modern Latin America, cacao beans were used as a currency. A 16th-century Aztec document states that tamale could be purchased from one bean while to purchase a turkey hen, 100 beans were required.

The Mayans and Aztecs also believed cacao beans to hold magical powers, apt for sacred rituals like a birthday, marriage, and funeral. According to “The Chocolate Connoisseur” by Chloe Doutre-Roussel, Aztecs used to cheer up victims before their death by giving them a gourd of chocolate that used to have drops or marks of the blood of previous victims.

While the history of chocolate is quite interesting, its manufacturing process is even more so. As we all know chocolate is made from the fruit of cacao trees – native to Central and South America. The fruit that produces cacao beans is called pods and each pod consists of 40 cacao beans. The process of manufacturing chocolate begins by first harvesting cocoa, refining cocoa by drying, and roasting it so that it turns into cocoa beans.

Then these cocoa beans are shipped to manufacturing companies for cleaning and grinding. Once cocoa beans are fully prepared, they are imported or exported to other countries where they are transformed into various kinds of chocolate products.

Today, as it was centuries ago, chocolate is universally loved by all, and more because of the mouthwatering varieties it comes in. At times, it can be overwhelming to choose a type of chocolate, given the abundance of choices you may have to make the decision from. 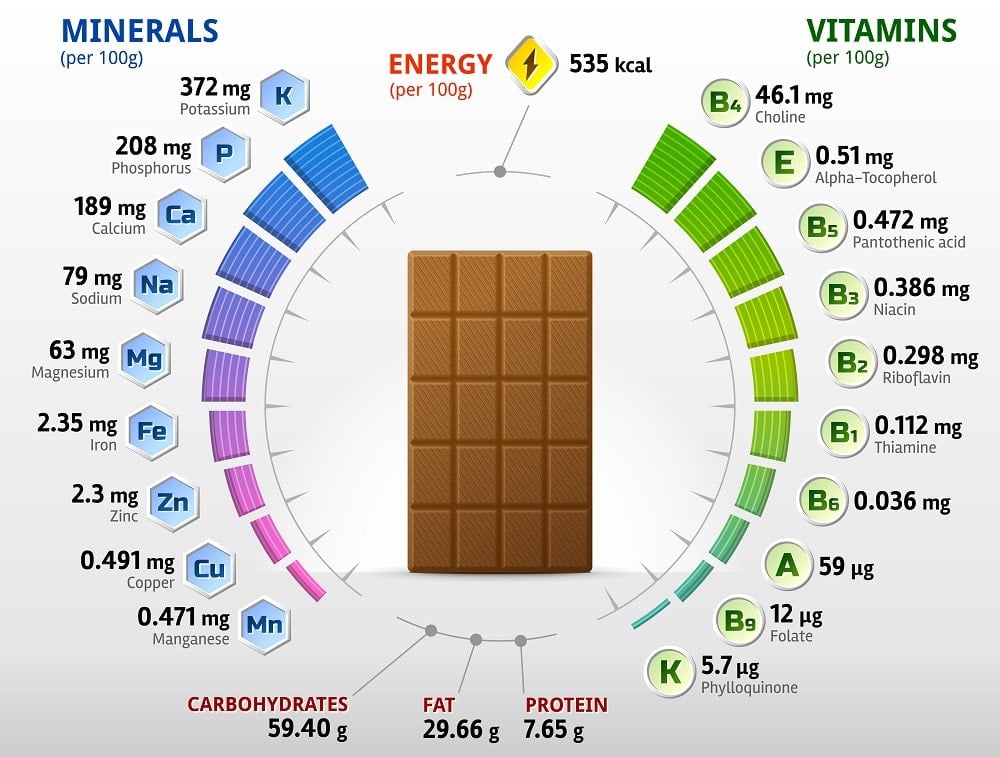 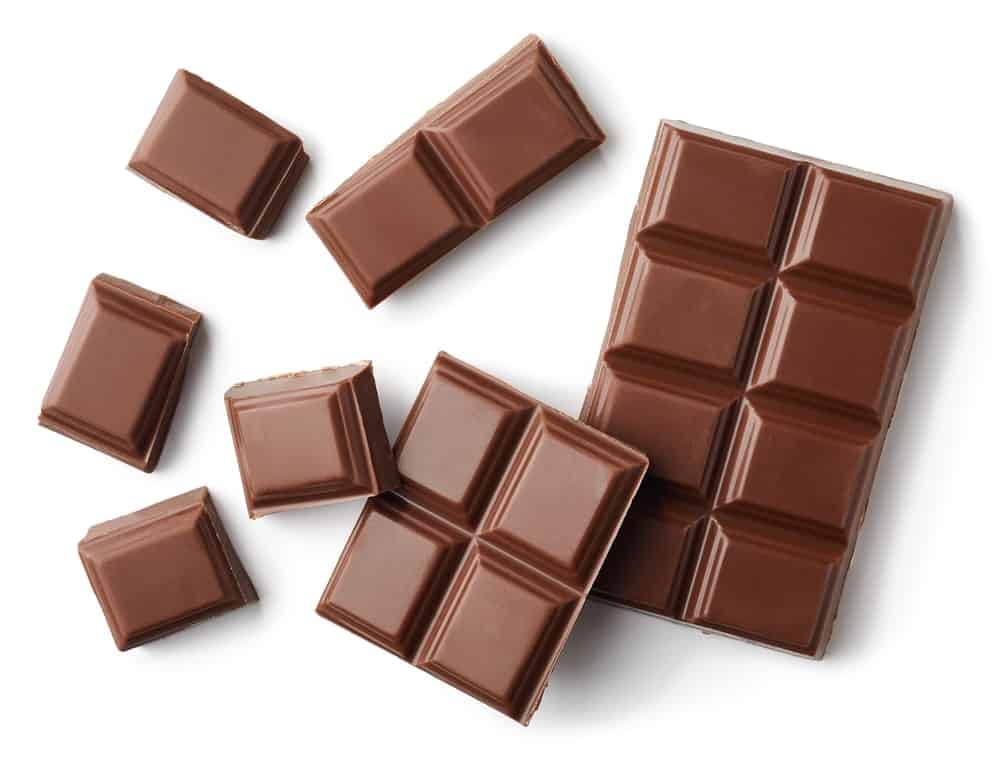 Milk chocolate with or without added flavors is easily available at grocery stores or supermarkets. But your aim should always be to pick the best one which is visibly shinier and less brittle than dark chocolate. Milk chocolate should also make a snappy sound when you break it or else it may mean you have low-quality of chocolate regardless of its price.

This type of chocolate comes with a feel-good property, with all credit going to its mood-boosting chemicals such as caffeine, theobromine, tryptophan, and tyrosine. When used in baking, the taste of milk chocolate gets overwhelmed with other ingredients but it will be effective enough to add a sweet flavor and color to your dessert.

Milk chocolate usually has a mildly brown hue so if you want to increase the intensity of its color, you can always add in more cacao powder. By doing so, you will also intensify the flavor of the dish. 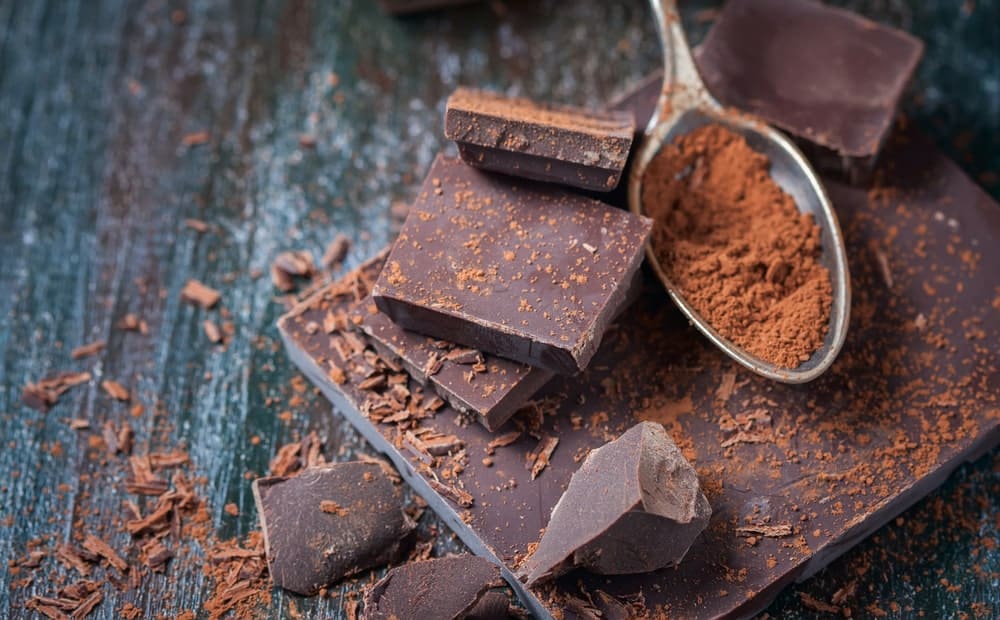 Also known as unsweetened chocolate, dark chocolate lacks milk or milk solids and therefore has a dry, bitter aftertaste. Regardless of its bitter flavor, 35% of the world’s population prefers dark chocolate over other kinds of chocolate. The basic ingredients of dark chocolate bars include cacao beans, soy lecithin, sugar, and flavorings like vanilla.

Due to a high percentage of cacao beans, dark chocolate has a deep, intense color which is more vivid than white or milk chocolate. Dark chocolate also has an excellent nutrition profile as it is a rich source of antioxidants and is packed with nutrients like fiber, iron, zinc, magnesium, copper, phosphorus, potassium, etc. In addition, dark chocolate also helps protect consumers’ heart health and improves blood flow throughout their bodies.

Generally, dark chocolate is categorized into two major types which are as follows: 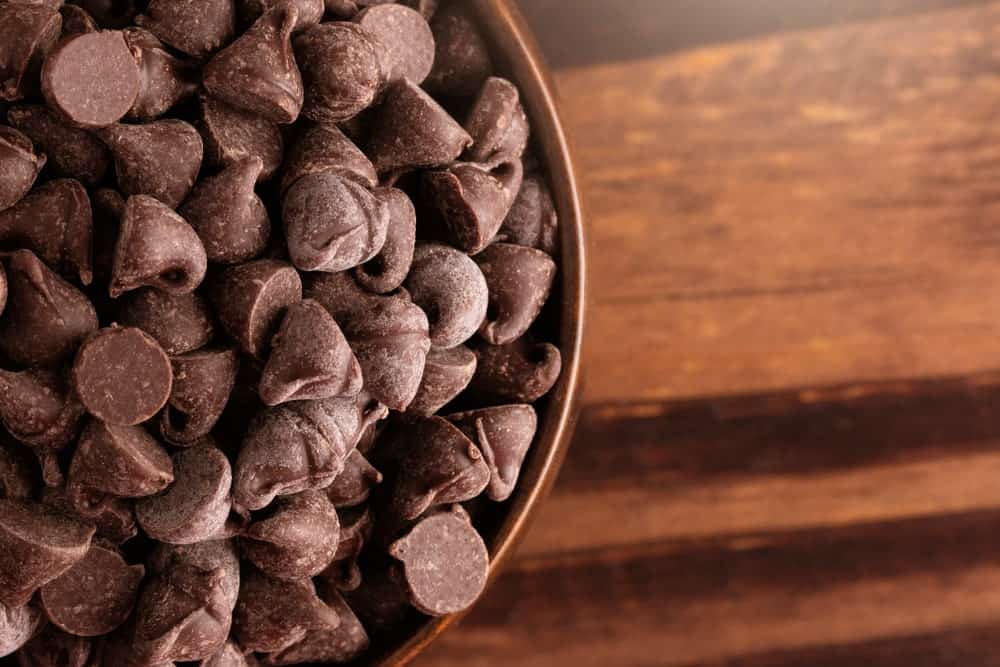 In addition to sugar and cacao beans, sweet chocolate involves cocoa butter, vanilla, and an emulsifier for flavoring. What makes semi-sweet chocolate special is the fact that it has the right balance of chocolate and sweetness which makes it versatile enough to be added in all types of recipes. 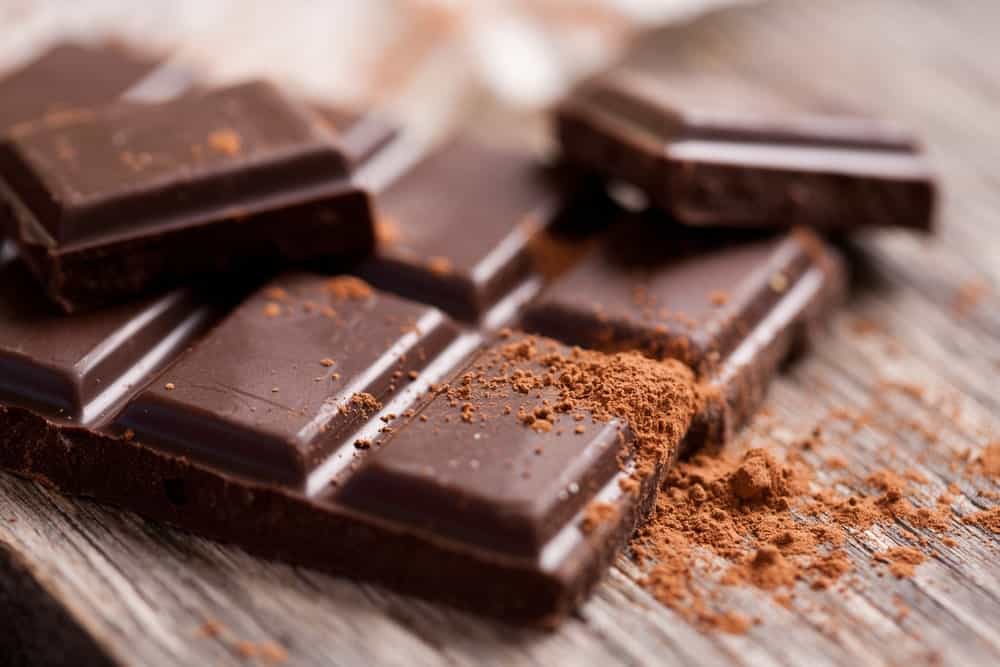 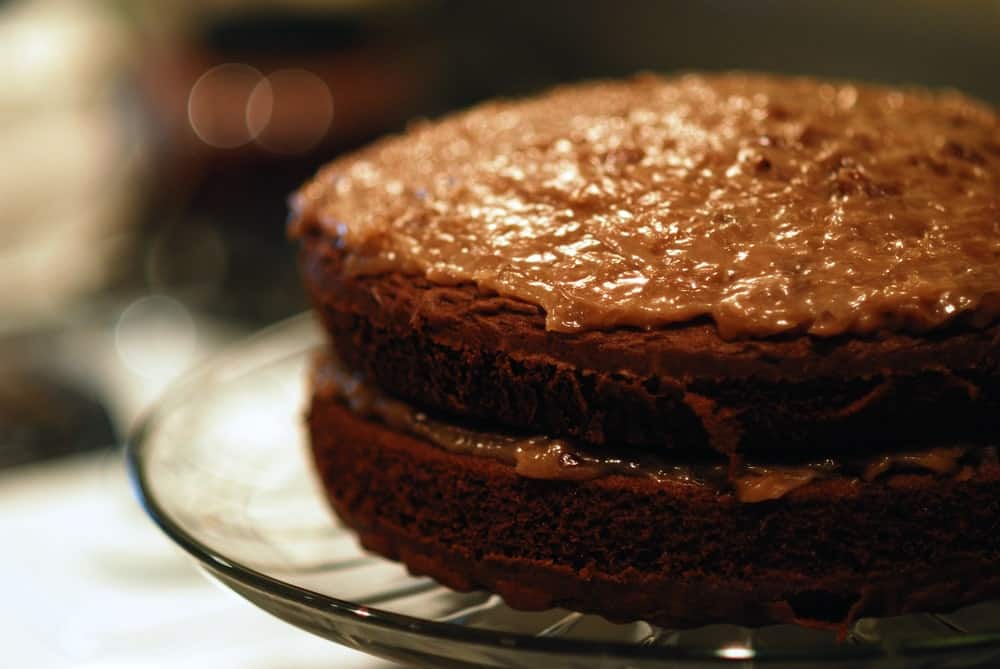 Also known as sweet baking chocolate, sweet chocolate was first created by Samuel German to save bakers a step of mixing chocolate with sugar. Contrary to what many people may think, sweet chocolate along with the famous cake that goes by the same name originated from the United States rather than Germany. 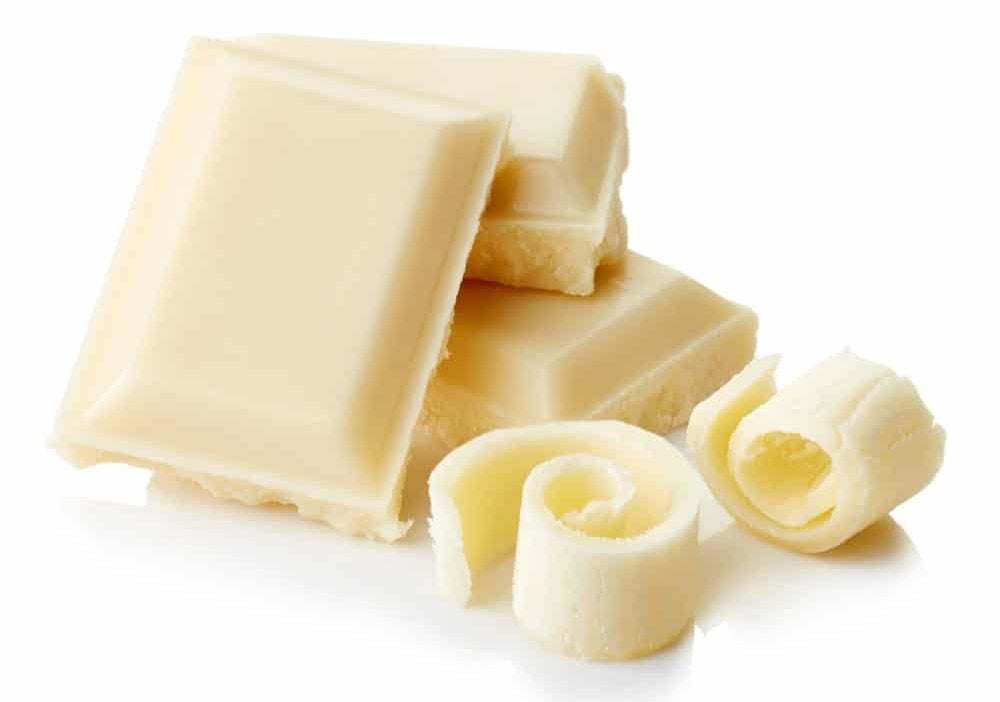 It is believed that white chocolate first originated in Switzerland during the 1930s as a better alternative to cocoa butter. Nestle is credited with producing white chocolate all over the globe in the 1930s. The unique form of chocolate was sold in the form of a bar, named “Galak” and from there and then on this creamy, milk chocolate became easily accessible in multiple countries.

Please note that different regions have different preferred standards of white chocolate. For instance, in the United States, the FDA lists down that white chocolate must contain only 20% of cocoa butter, 14% of milk solids, 3.5% of milk fat, and around 55% of a sweetener. However, in the EU, the standards are similar, except for there is no limit on the percentage of a sweetener.

Creating perfect white chocolate is a form of art that only highly-trained cooks can pull it off. The key is to gently melt and fold the cocoa butter into milk powders, sugar, vanilla, and other delectable ingredients. 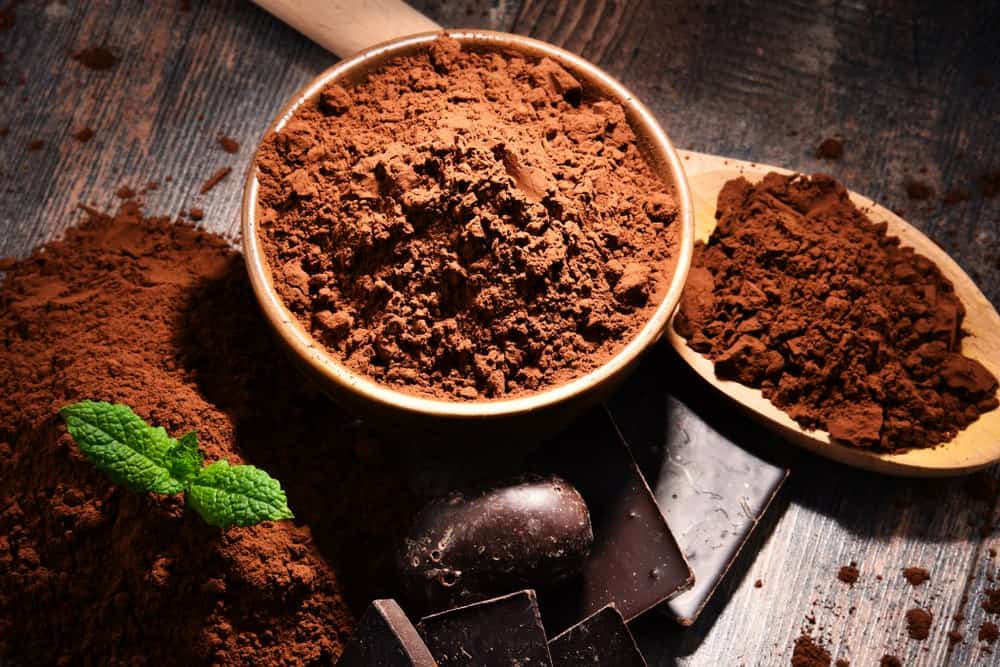 Simply called cocoa, cocoa powder is the basic form of chocolate that is created through grinding the seeds of pods – a fruit of an evergreen cocoa tree. These seeds are fermented, dried, and then roasted. The hulls of the roasted beans are removed and processed to extract cocoa butterfat of cacao beans. The solids are further grounded to be later sold as cocoa powder.

Cocoa powder comes in two basic variations – Dutch-process and natural process. To start with, note that cocoa powder has a natural pH level that ranges from 5.3 to 5.8 which means that it is quite acidic in nature. In the Dutch process, cacao beans are washed with an alkaline solution that increases its pH level to 6.8 to 8.1, making it less acidic, easy to dissolve, and darker in color. 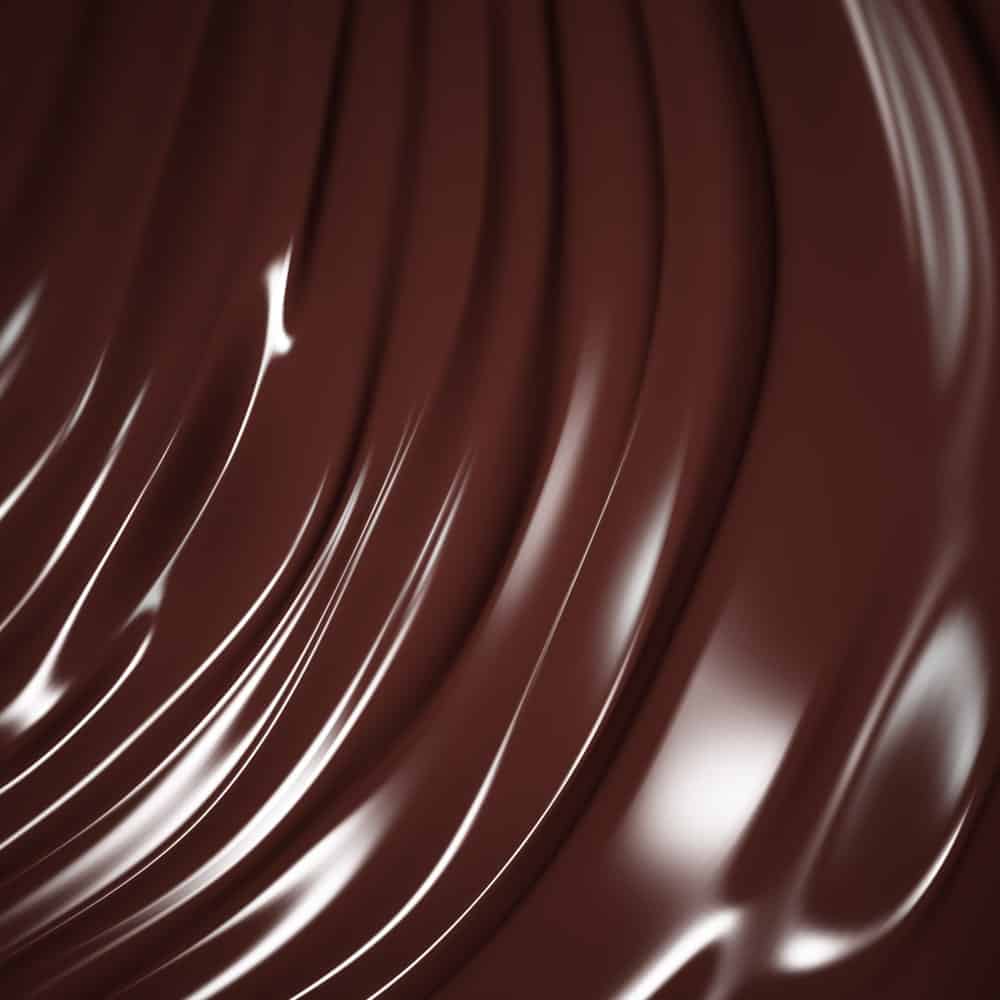 See also  5 of the Most Popular Thanksgiving Pies 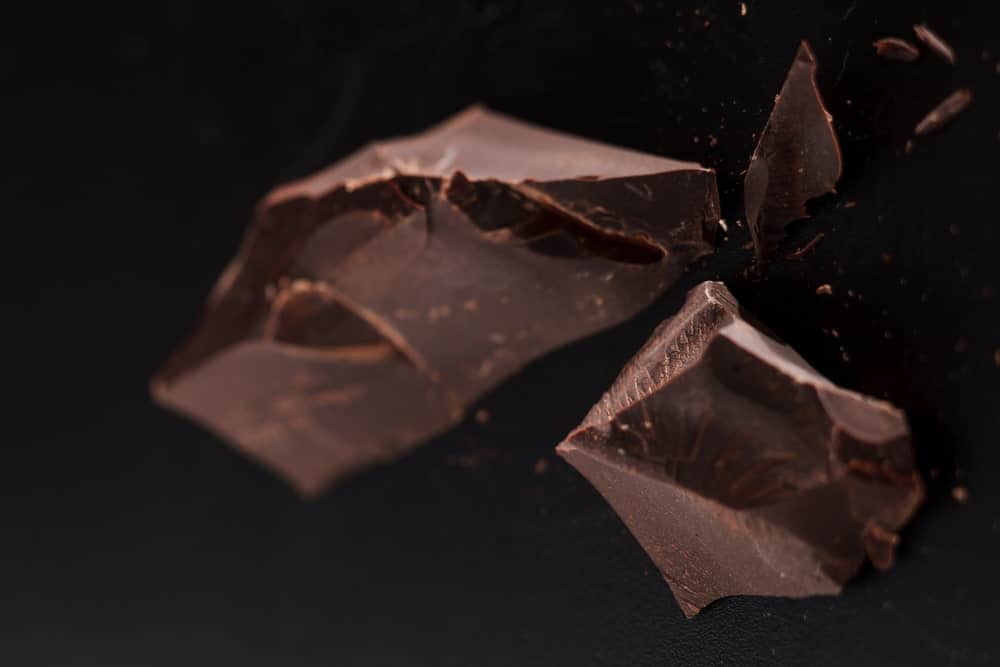 Compound chocolate is a type of chocolate that is made from a mixture of cocoa, vegetable fats, and sweeteners. It is a cheaper alternative to regular chocolate since it uses low-cost vegetable fats like palm oil or coconut oil instead of costly cocoa butter.

Since compound chocolate doesn’t contain cocoa butter, it is inappropriate to use it for applications that may involve setting this chocolate as a base. Due to various additional oils and fats, it is hard to keep this type of chocolate firmly together and hence it is best to use it for coating purposes only. 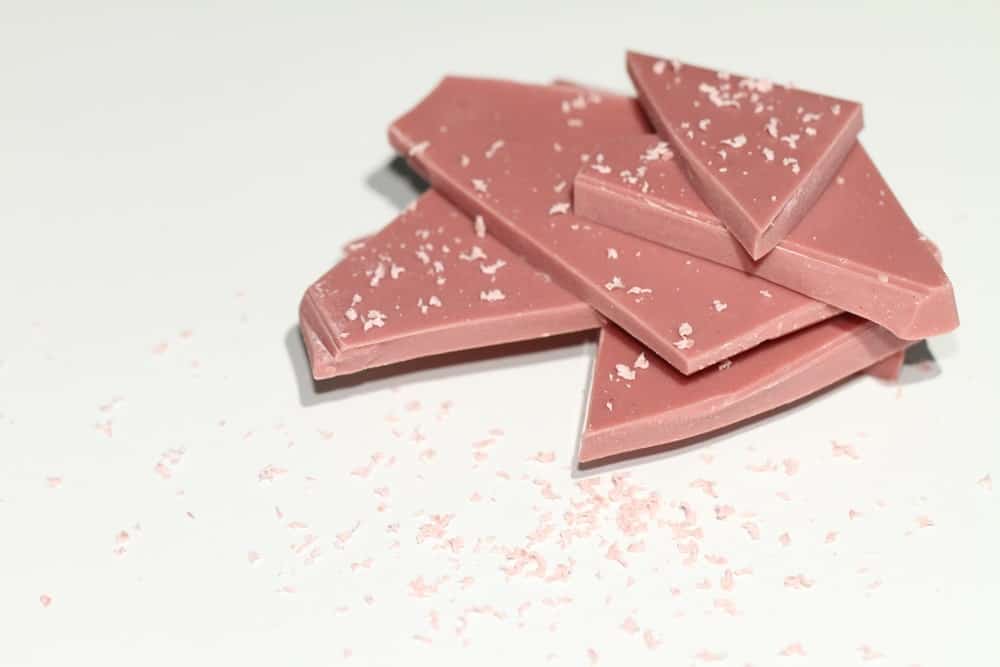 After dark, white, and milk chocolate, ruby is considered as the fourth type of chocolate that is famous for its pretty pink color. Ruby chocolate is comparatively newer and was first officially unveiled by Belgian-Swiss cocoa company – Barry Callebaut – in 2017.

You may have come across pink chocolate bars with tinted food coloring or mixed with berries a number of times. But what sets ruby apart from others is that it is made naturally without the use of food coloring or additives. The enthralling pink color is the result of ruby cocoa beans that are only grown in Brazil, Ecuador, and the Ivory Coast. When it comes to its taste, ruby chocolate doesn’t taste anything like chocolate; instead, it has more of a fruity flavor with a tinge of sourness. While chocolates are famous for their sweet, delightful flavor, ruby chocolates are known for their fruity tartness.

The blush-pink chocolate is not only known for its distinctive color but versatility as well. Recently, KitKat’s shops in Tokyo served a hot ruby pink cocoa that was mixed with scrumptious raspberries.

These delectable types of chocolate come in three major styles/shapes – bars, wafers, and chips. Which one of these you opt for will again depend on your personal preference. Chocolate chips are usually picked out for baking while chocolate bars and wafers are consumed as a yummy snack.

See also  How to Store Oranges