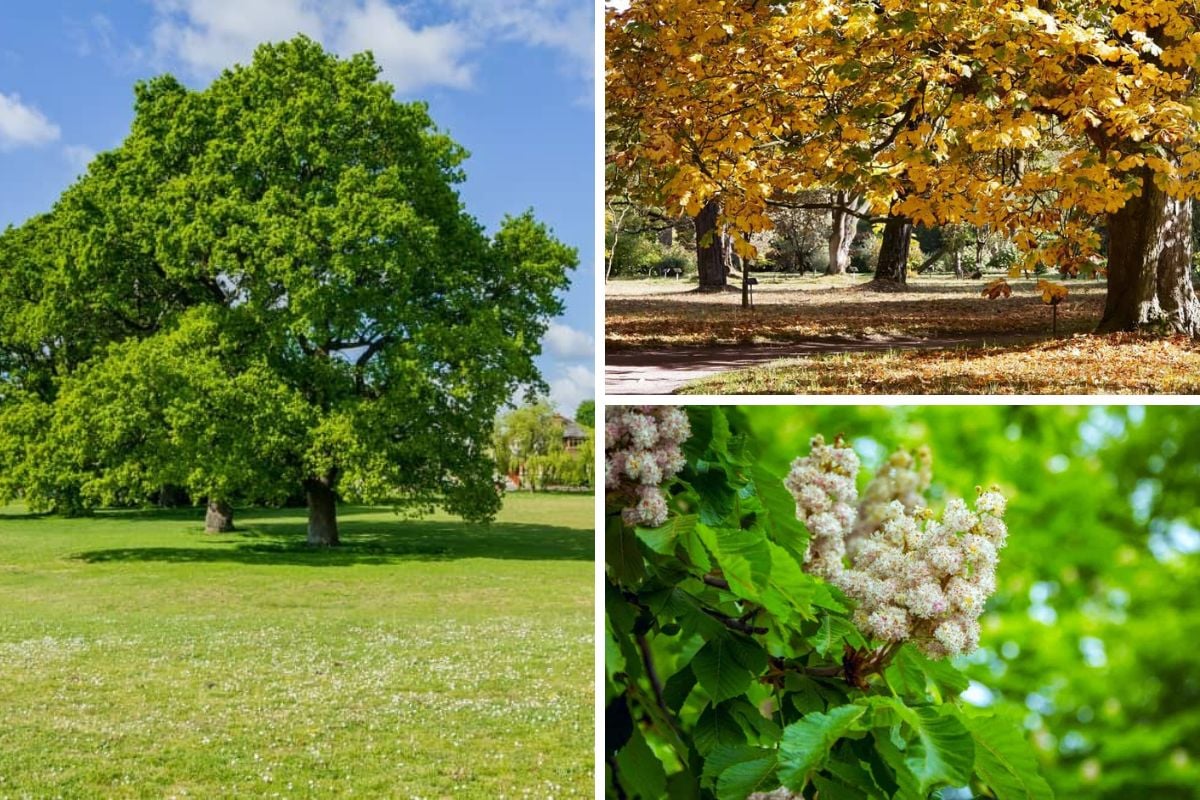 Chestnuts are deciduous trees and shrubs, belonging to the genus Castanea. Chestnut trees are closely related to beeches, falling in the family Fagaceae. They are native to the temperate regions of Northern Hemisphere. Chestnuts have only eight or nine species. They produce delicious, edible nuts.

Chestnut trees can be moderate-growing or fast-growing. Mature chestnuts can vary in height, from shrubby to giant trees that can be as tall as 60 meters. These trees have a fairly broad trunk that often grows as tall as the mightiest oak trees. It is straight and long.

The bark of chestnut trees is smooth when the trees are young but as they age, the bark becomes darker, thicker, and deeply furrowed. The furrows on chestnut barks are longitudinal and they tend to twist around the trunk as the tree become older.

Chestnut trees are ranked among the foremost forest trees, second to oak trees. It has some qualities that the oak tree lacks. It grows twice as rapidly, produces more wood as compared to oak, can survive in sites that have less favorable conditions (such as poor soil), and is less prone to attack by insects. 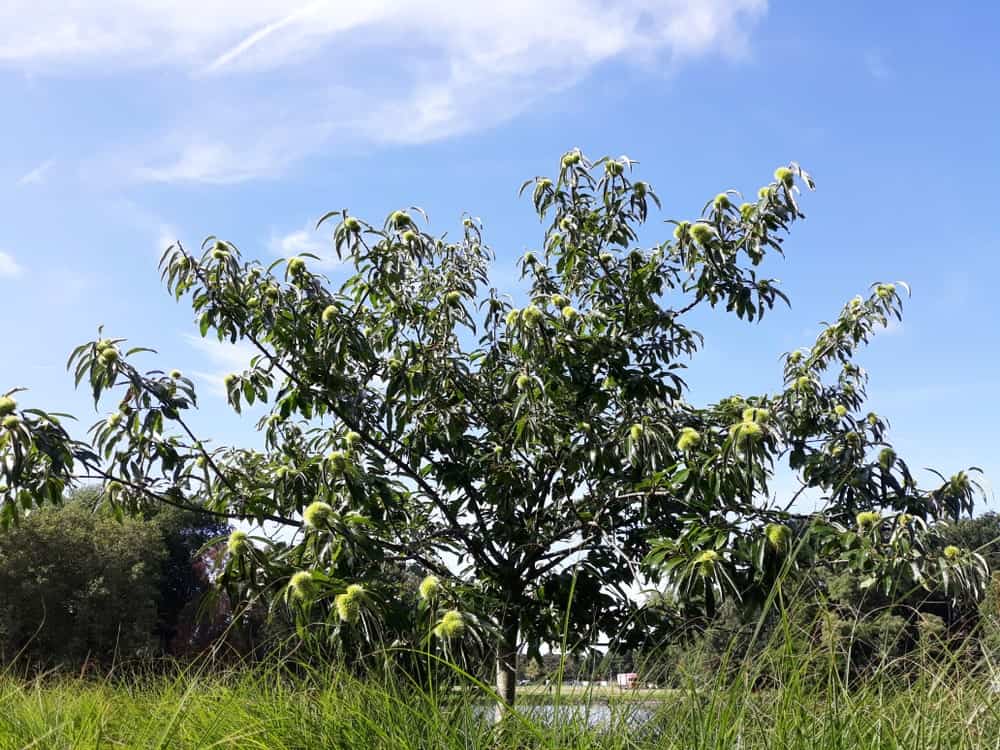 American chestnut trees are large deciduous trees that are native to eastern North America. They were the most prominent and important forest trees in the region before the chestnut blight (a fungal disease) devastated them. They were considered the finest types of chestnuts trees in the world.

In the first half alone, about 3 to 4 billion American chestnut trees were destroyed by the blight. Today, only a few trees are found in the region that survived the blight. Many small shoots of trees that were alive formerly still remain.

American chestnut trees are deciduous trees that grow rapidly. They can grow to be as tall as 30 meters. A rapid growth paired with a large number of annual seed crop resulted in the large population of these trees before the attack of blight.

Some morphological traits distinguish the American chestnut trees from other chestnut species that are similar. The leaf shape, nut size, and petiole length are some of the distinguishing features.

The leaves are shorter and broader as compared to those of sweet chestnut. They are about 14 to 20cm in length and 7 to 10cm in breadth.

American chestnut is monoecious. It produces small, pale-green colored make flowers which occur tightly long catkins. The female parts of the flower are present near the base and appear later in Spring to early summer. American chestnut trees are self-incompatible which means that two trees (any member of the genus Catenea) are required for pollination.

The nuts of this tree are a distinguishing feature, as mentioned earlier. They are enclosed in a tan velvet lined burr that is spiny and green in color. The burrs open and fall to the ground near the first frost of the season.

The nuts are an important resource. They are edible and are used to treat ailments such as heart conditions, whooping cough, and chafed skin.

The Revival of American Chestnut Trees

The flowers of the predominant chestnut species in eastern forests before the early 1900s  bloomed so beautifully that it appeared like a sea with white combers plowing across a surface (naturalist Donald Culross Peattie). Unfortunately, in 1904 when a blight that came with imported Asian chestnuts resulted in the exuberance to fade. By the 1950s, the destruction was so widespread that only a dozen American chestnut trees survived out of billions! However, after so many years there finally has been a ray of hope. Several hundred chestnuts were planted and this historic planting has completed their first season of full growth in North Carolina, Virginia, and Tennessee. 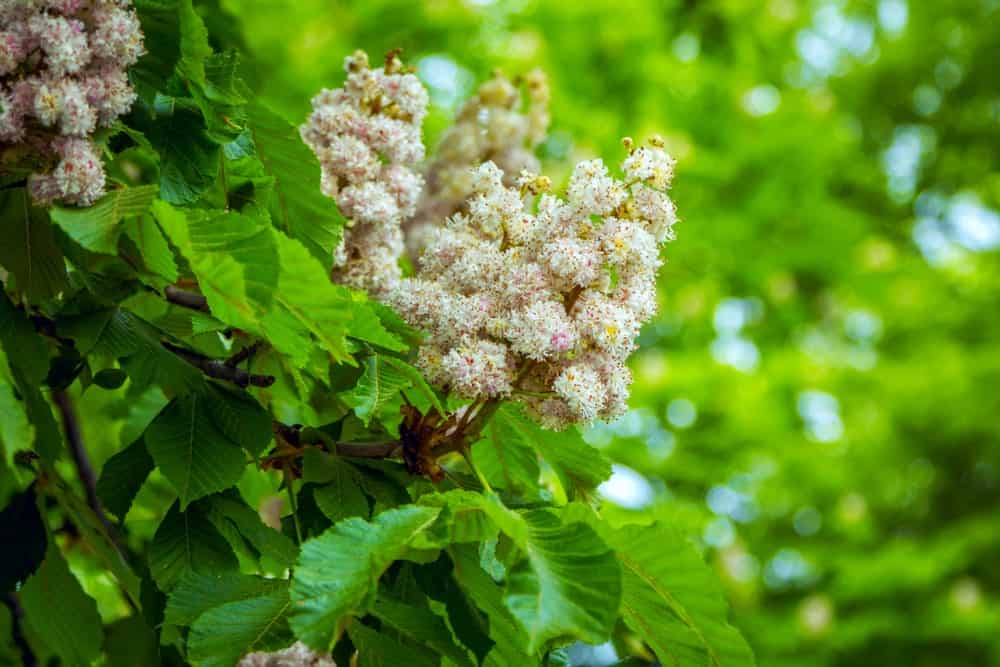 Chinese chestnut trees are native to China, Korea, and Taiwan. The scientific name of these trees mollissima has been derived from young leaves and the softly downy shoots.

They grow best in zones 6 through 10. They can survive cold winters in northern parts of the U.S.

They are deciduous trees, growing to a height of 20 meters. They have a broad crown. The leaves are arranged in an alternating fashion. Leaves have a toothed margin. Flowers of Chinese chestnut trees are produced in catkins that are 4 to 20cm long. The female flowers are located at the base while male flowers occupy the rest of the catkin. The fruit of Chinese chestnut trees is a cupule which is densely spiny. It contains two to three brown colored nuts that are glossy in appearance.

The nuts of Chinese chestnuts are edible. They are sweet and considered the best tasting of all chestnuts. Nuts serve as an important food source for wildlife. 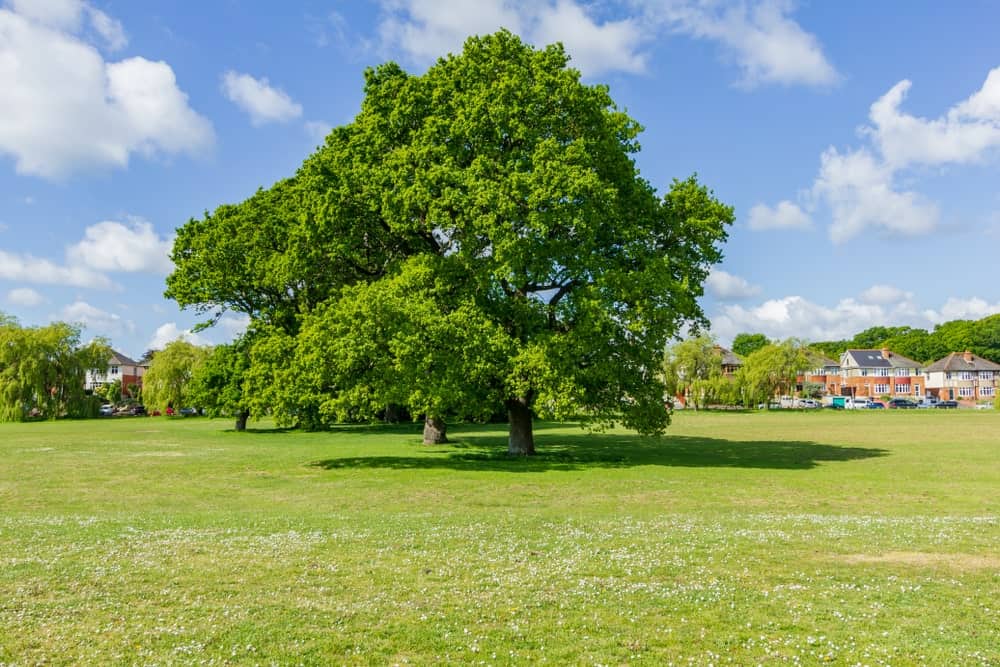 European chestnut trees are flowering trees that are native to Asia Minor, Southern Europe, and are widely cultivated throughout the temperate world. They are long-lived deciduous trees.

European chestnut trees grow to a height of 20 to 35 meters. The bark of these trees has a pattern of net shape (retiform). It has fissures or deep furrows that run spirally up the trunk in both directions. The trunk is straight. The branches emerge from low height from the trunk. They live for 500 to 600 years. They can even grow to be as old as 1000 years if they are cultivated. The leaves are oblong, lanceolate, and are boldly toothed. The nuts are edible, having great nutritional value. They are spiky and usually contain two nuts in one capsule.

The wood of European chestnut trees is hard, strong, and light in color. It is used to make barrels, furniture, and roof beams. The timber is highly dense which makes it durable. This makes the wood to be used for external purposes like fencing. 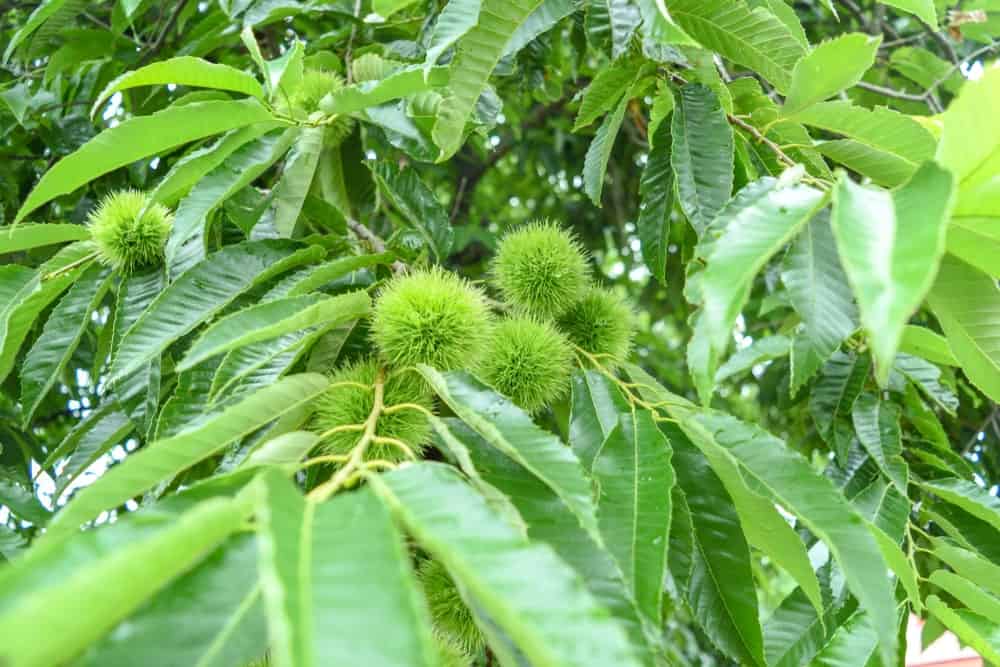 Japanese Chestnut trees are also called Korean Castanea and Korean chestnut. They are native to Japan and South Korea.

Japanese chestnut trees are deciduous trees of medium size that grow to a height of 10 to 15 meters. The leaves are small in size. They have small teeth on the edges. The burrs of the Japanese chestnut tree are a dense mass of spines that are interlocked in a thatched pattern. Each burr contains up to three nuts.

The nuts are larger than nuts of the American chestnut. The tips of nuts are pointed. They have a few hairs on its surface. Each bur contains two to three nuts.

The nuts of Japanese chestnut trees are sweet and edible. They are resistant to chestnut blight. They are used in the development of disease-resistant hybrids with American chestnut in North America.

Listed below are facts about chestnut trees, some of which you might already be aware of by now.

The wood of chestnut trees is of great quality. They are just second to oak trees. With the revival in the plantation of American chestnut trees, the chestnut trees are meant to be widespread again in the future. With different types of chestnuts trees having unique uses and benefits to humans (commercial, cosmetic, and medical uses), chestnut trees hold significant importance for humans!