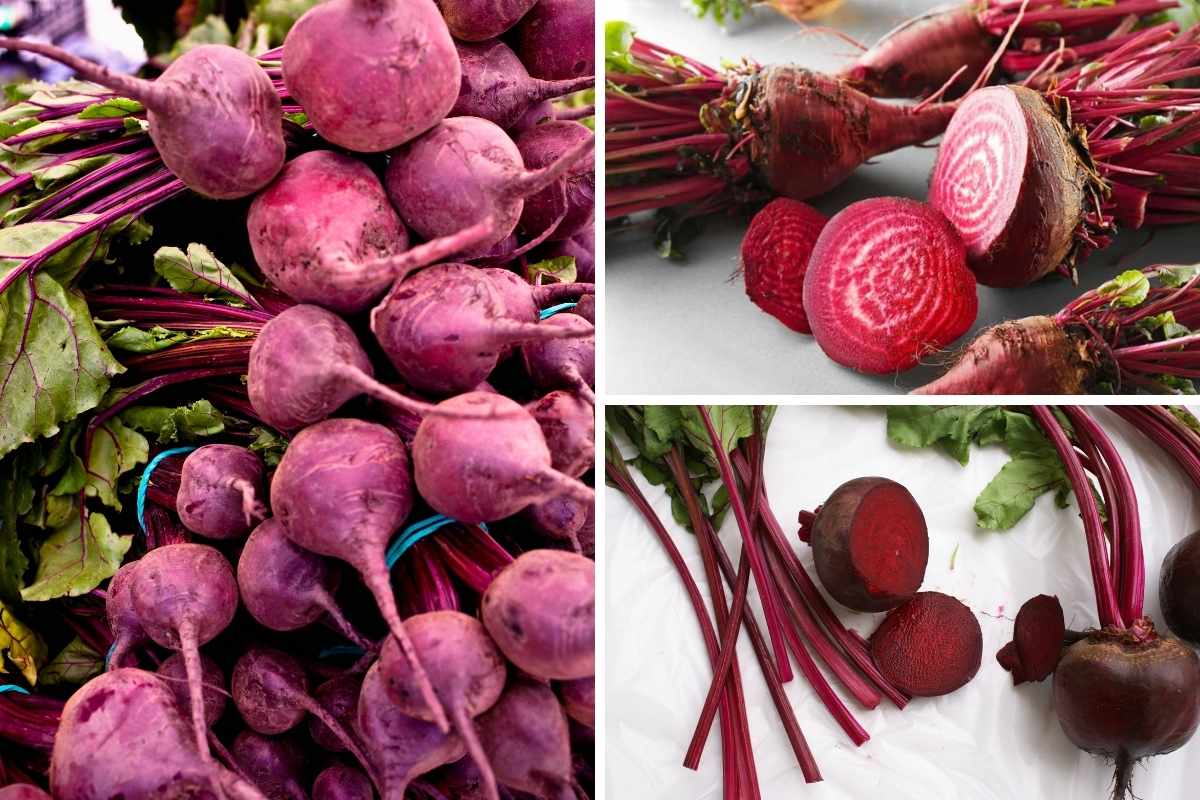 Beet is a herbaceous vegetable that belongs to the Amaranthaceae family. It originated in India, the Mediterranean areas and the Atlantic coast of Europe. It is widely believed that beets were grown in the Hanging Gardens of Babylon.

The ancient Latin name for beet is beta which became bete in Old English around 1400. Medieval cooks added beets into pies while the Elizabethans ate them as stews and tarts. Beets contain the highest sugar content of all vegetables but they can still be eaten a few times a week.

They’re considered a natural superfood and can also be used for producing homemade lotion and hair dyes. 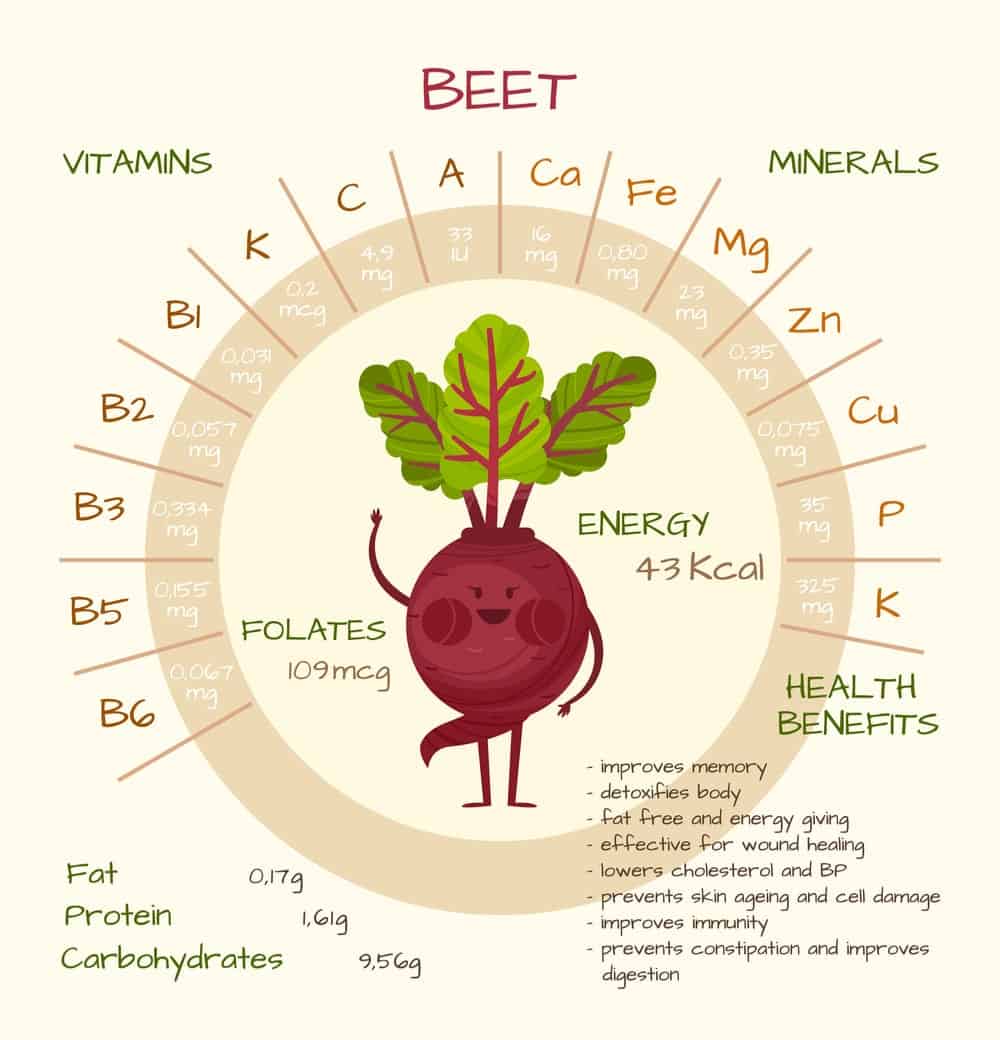 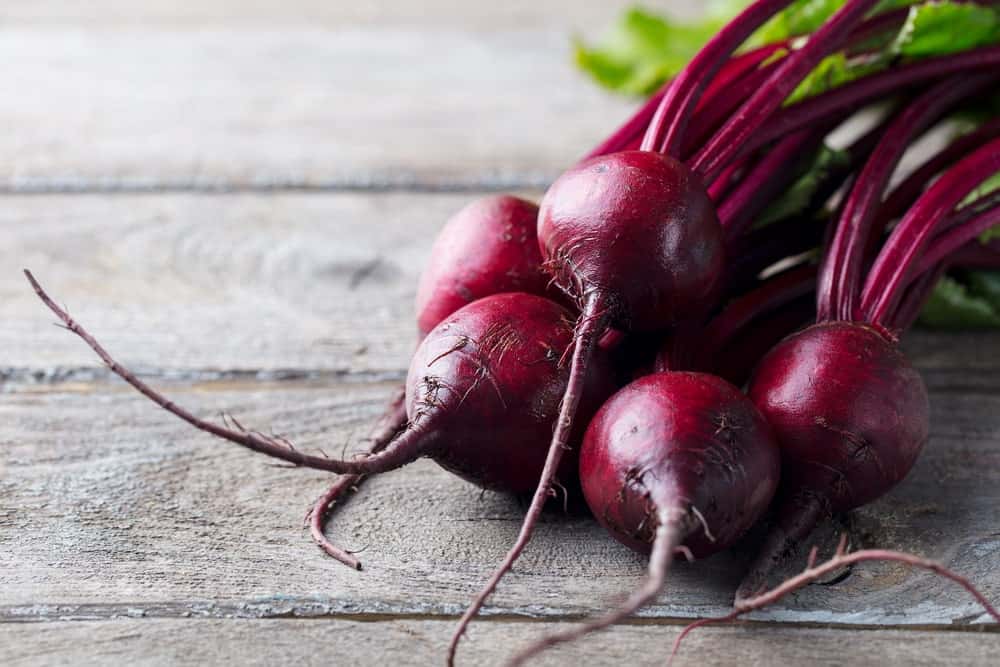 Baby beets consist of any type of beet that is pulled in order to make room for other types of beets to grow so they can be any color or variety. They are often sold as a specialty item and at local farmers’ markets. They have tender fruit and greens, both of which can be enjoyed in a number of recipes.

Baby beets are especially delicious when served with various types of greens and you can easily find hundreds of recipes for baby beets with just a quick search on the Internet.

Maturing in roughly 50 days, Boldor beets prefer full sun and have bright green leaves that are just as tasty and nutritious as the beet itself. It needs a lot of room to grow, so even if you grow it in a container, that container should hold at least three gallons. It is a tasty type of beet that can be cooked in various ways. 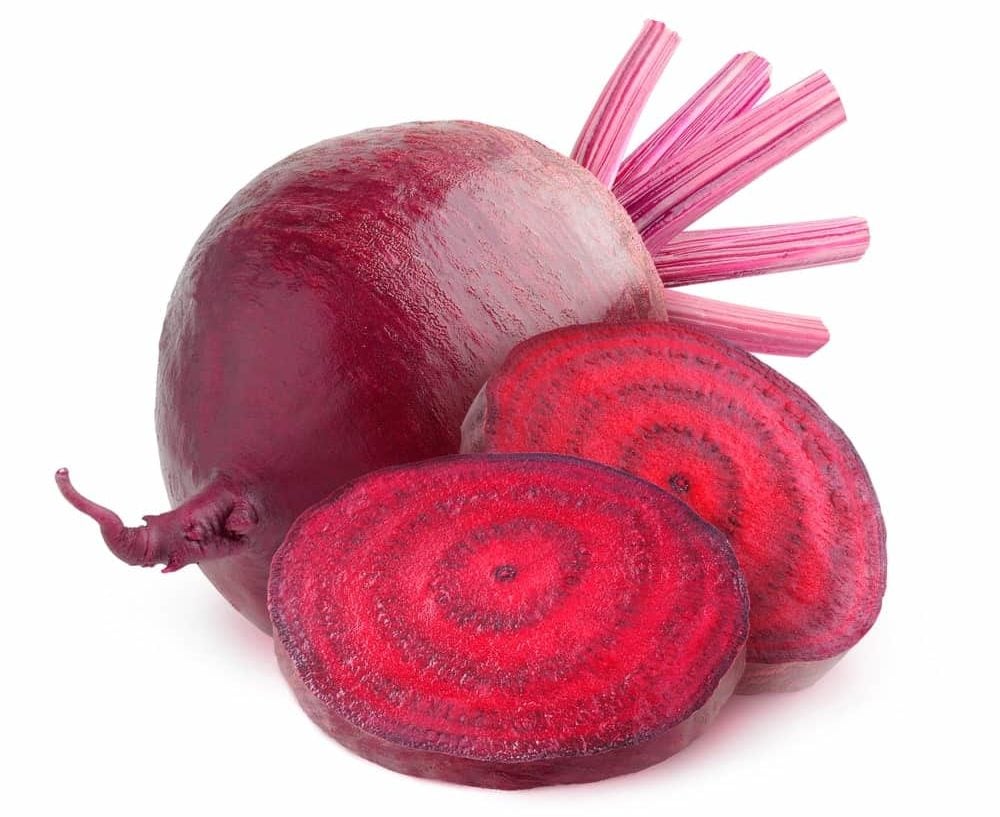 These types of beets are also called beetroot or table beets and they are normally classified by color.

Cylindra beets are an heirloom Danish variety that originated in the 1880s. Also known as Butter Slicer or Formanova beet, this vegetable resembles a carrot more than an actual beet. They mature at roughly 60 days, can grow up to nine inches in length, and are cylindrical in shape and burgundy in color.

This fine-grained type of beet has a sweet flavor and great texture and their flesh is a deep red color. Even when compared to other types of beets, these beets are a little sweeter and tastier. Cylindra beets peak in mid-summer and are available all summer long.

They are perfect for pickling, baking, adding to salads, and even roasting. Because the color itself can stain, it is recommended that you wear gloves when working with this type of beet. 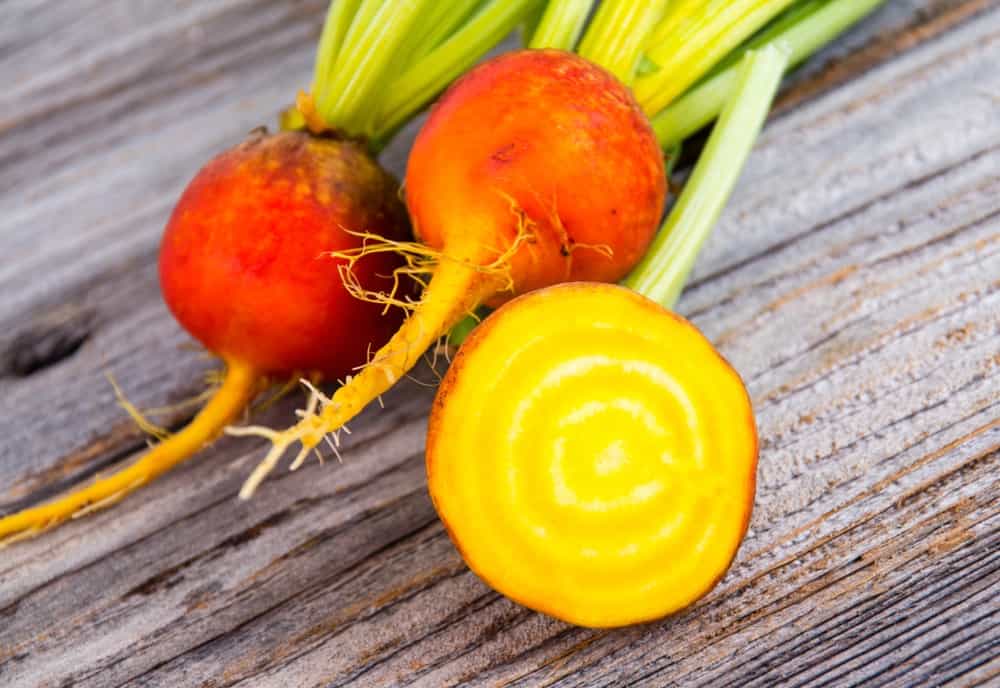 These beets have a mild flavor and a golden or yellow color. According to experts, they have been around since at least the 1820s. They are colorful and sweet and their taste becomes more pronounced when you roast them.

There are also different varieties of the Golden beet including the Golden Detroit and the Burpee’s Golden Beet. Golden beets can get up to four inches in diameter and they have an earthy, sweet flavor. They are available all year round but peak during the fall months.

They go well with foods such as apples, cheese, potatoes, walnuts, and bacon and they are easier to peel after you cook them. They also have flesh that is variegated golden-orange in color. 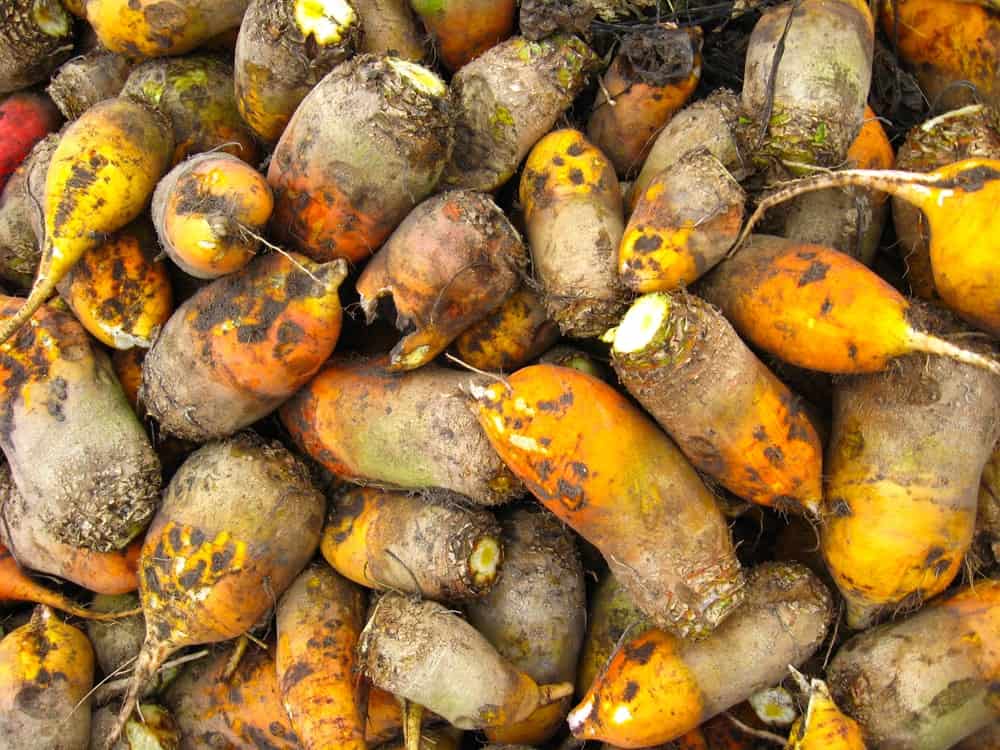 Also called the Mangold beet, it was originally fed only to animals but has gained popularity over the past decades. It is shaped like a cross between a beet and a carrot, in part because of the fact that it is fat and top-heavy. There is also a Mammoth Red Mangel variety that can weigh up to 20 pounds, making for a very large beet indeed.

These beets have a sweet flavor and a white or golden-yellow color. They are a rare heirloom variety from Europe. They can be eaten a variety of ways, including being smashed the same as potatoes, in juices, pickled, and in various types of salads.

They are filled with antioxidants and vitamins and they grow better in cooler climates. 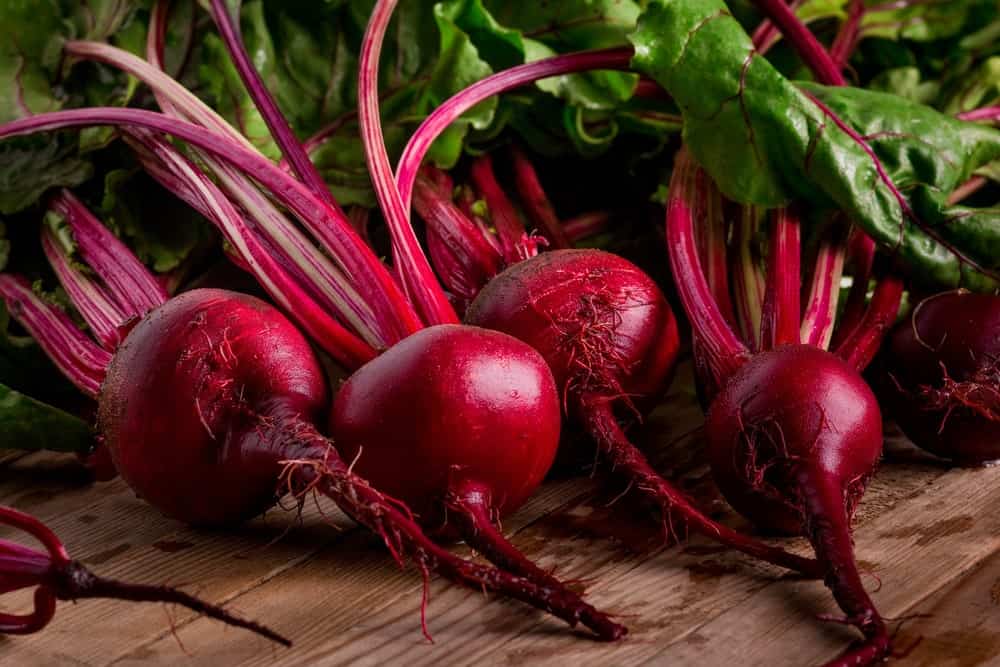 Red and purple beets are the types that people are most familiar with but canned beets taste completely different than fresh beets. Red beets tend to take on the flavor of whatever food item they are cooked with, much as potatoes do, and if you use them in dishes such as au gratins in place of potatoes, the result is absolutely yummy. Varieties of the red beet include the Crosby Egyptian, Detroit Dark Red, and the Crapaudine.

Red beets are especially delicious when roasted and if it’s been a long time since you’ve tried beets, now is the perfect time to give them another try. 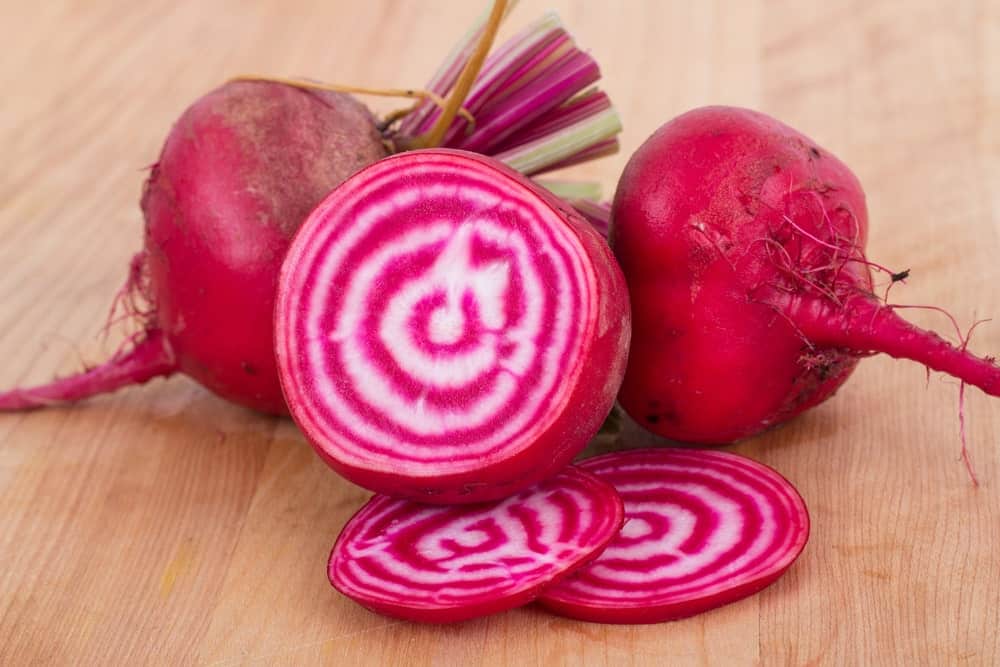 Also known as Bassano or Chioggia beets, these beets have stripes on the inside of the vegetable which make them look similar to a candy cane. It is an heirloom variety that first came to the U.S. in the late 1840s and it goes by other names as well, including the Bull’s Eye beet and the Candy Stripe beet. Striped beets are available all year long and they have a very sweet, earthy flavor.

Originating in Italy in a town called Chioggia, they have stems that are up to 12 inches long and pair well with foods such as carrots, spinach, and kale. Roughly 20 percent of the sugar beet is made of sugar with the rest consisting of water and pulp. It is closely related to the sea beet, which has a very pleasant taste and texture. 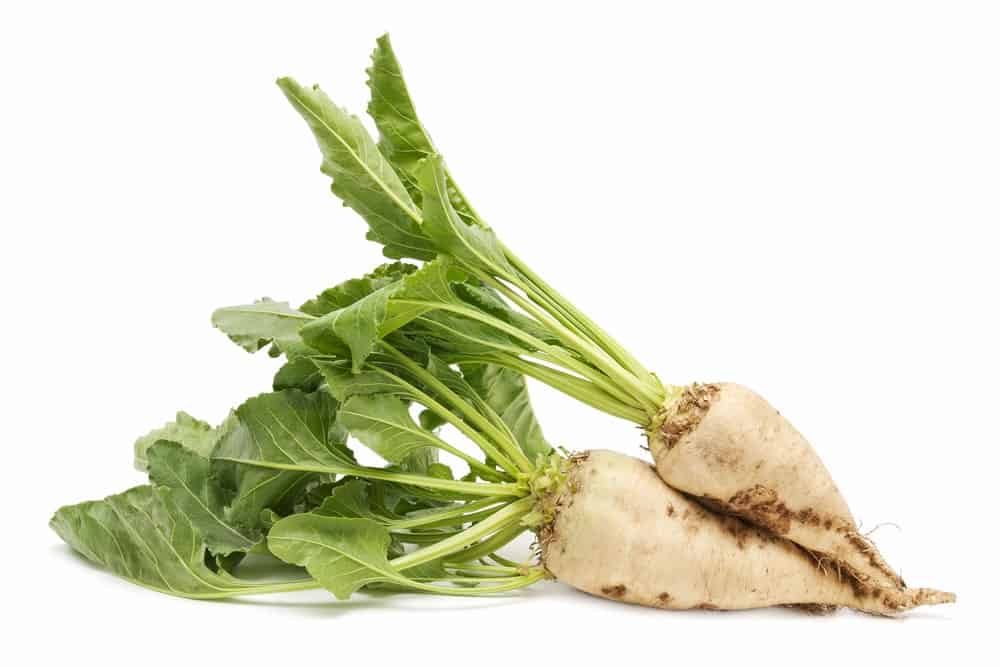 Resembling turnip more than a beet, sugar beets are conical in shape and off-white in color. Roughly 20 percent of the sugar production in the world comes from sugar beets, in part because they have such a high level of sucralose. These beets are typically only grown commercially and not in home gardens.

They are usually not eaten as the other varieties are.

Just as its name suggests, the White Albino beet is all-white in color and is usually treated as an annual. Originating from Holland, this beet is very sweet and round; in fact, it is sweet enough to make sugar if you so desire. It matures in roughly 60 days, longer in the fall and winter months, and it is even suitable for smaller gardens or containers.