Discover the different types of bed bugs as well as all kinds of bed bug info such as prevention, how to get rid of bed bugs, the anatomy of a bed bug, lifecycle, what they eat and a pile of interesting facts. 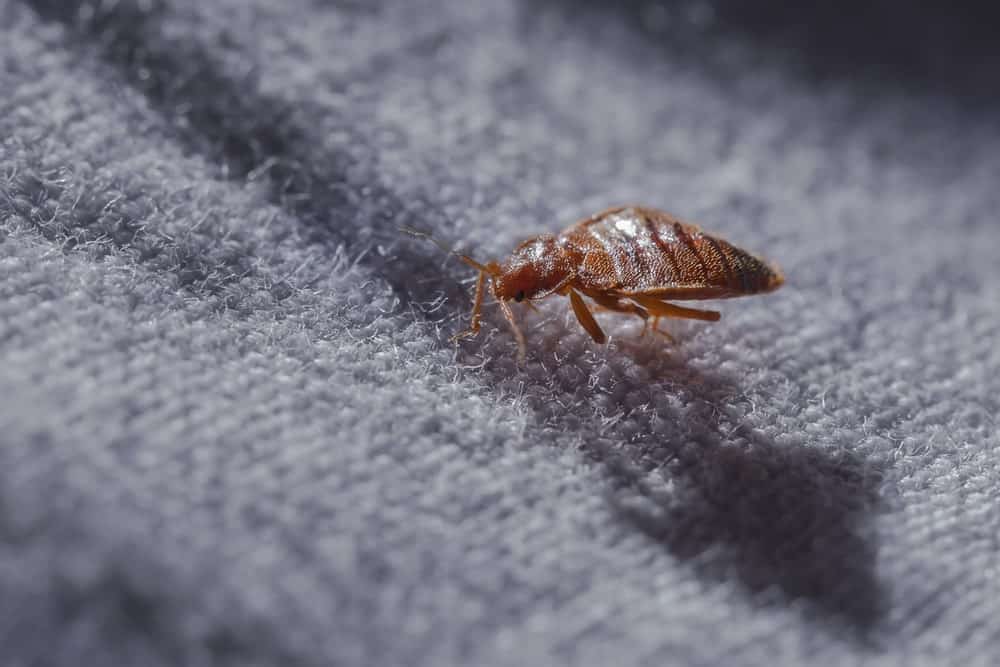 When the very comfort of your safe, warm bed is violated, you are bound to feel upset. Yet, your frustration with bed bugs will do nothing to deal with the problem. They have been around as pests for over 3,500 years and we still have not been able to get rid of them for good. Not only do these bugs love finding your bed as ready-made nests to relax and reproduce in, they are sneaky as ninjas.

Beg bugs have the annoying habit of hiding so well in crevices and corners that it becomes impossible for us to see them with the naked eye and take them out.

Here comes the worst bit of all, bed bugs feed on humans! These insects not only invade our homes but also our personal space. Interestingly, out of about ninety species of bed bugs, just three feed on human blood. The rest of them are known to rely on other animals, mainly mammals and birds, for food.

It would be an observant claim to say that bed bugs are real life vampires. They get into our bedding, are barely visible to the naked eye, and then strike us with their sting, sucking on our blood as we lie unaware. So, how can anyone find out that they’re suffering from a bed bug infestation? How to defeat these parasites before they harm us and our family members?

See also  12 Different Types of Spiders From Around The World

Bed bugs have often been used as metaphors for disease and destruction in fiction, which gives us insight into the history of bed bugs and their perception among people. Let us explore types of bed bugs, while taking a close look at their habitat, diet, taxonomic classifications, and some interesting facts and myths.

Anatomy of a Bed Bug 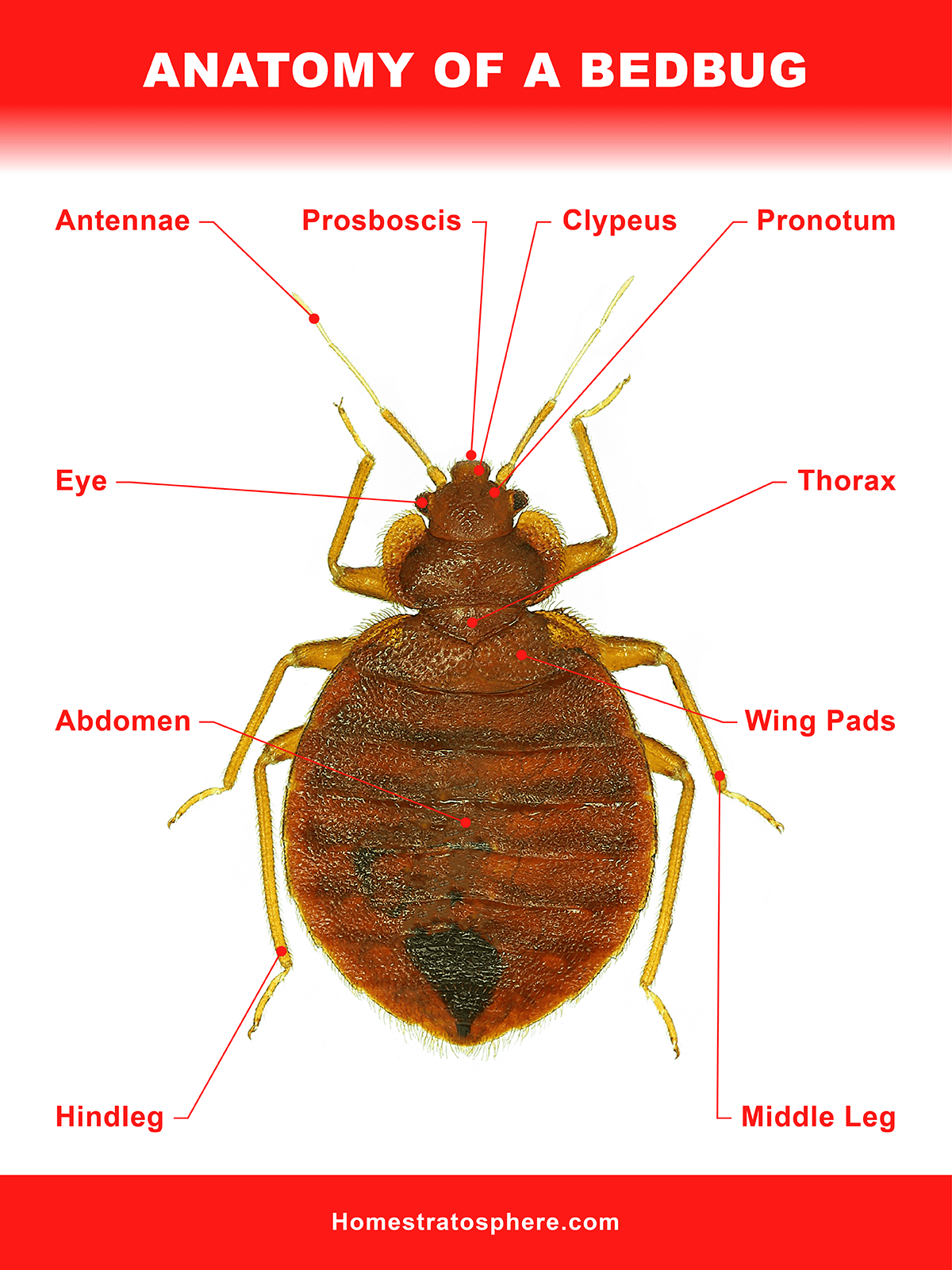 Bed bugs are very tiny six-legged insects, with the adult being about a quarter of an inch long. They have flattened, oval bodies, tinged reddish brown. The young ones (nymphs) are similar to the adults, but smaller in size and slightly lighter in color. They also have vestigial wings called wing pads that are non-functional.

They have mouth-like organs that they use to suck the blood of their hosts.

Bed bugs can be found on every continent and all regions. Contrary to popular belief, bed bugs are not motivated by dirt, dust, and grime. Rather, these creatures look for warmth, blood, and carbon dioxide in their future homes. Because they need to avoid detection during the day time, they look for dark corners to conceal themselves close to our sleeping spaces. They are most active during the nighttime but can also go on a feeding frenzy during the day, if conditions permit.

Bed frames are an absolute favorite location for bed bugs, but not the only one. They can also nest in couches, mattresses, cabinets, cupboards, under floorboards and carpets, behind paintings, in wall shelves; basically in any crack or crevice present in your homes. 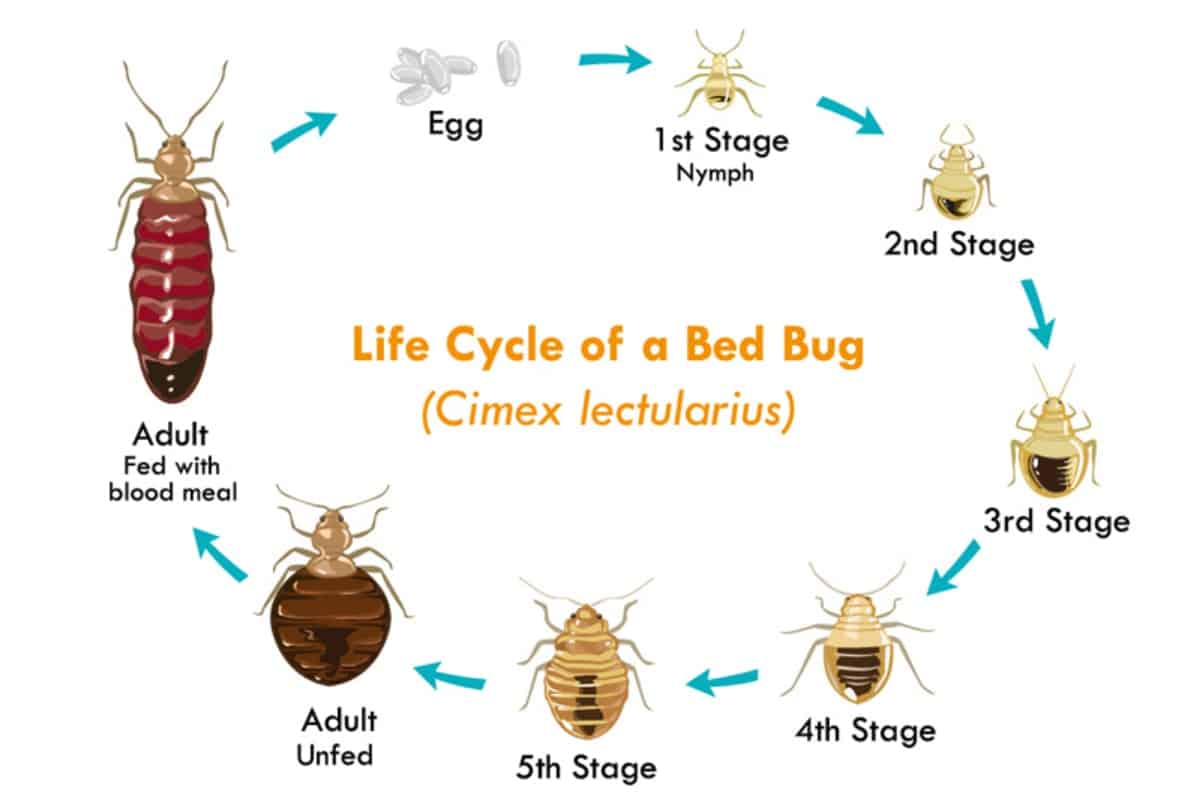 The total time that it takes for an egg to grow into a full-fledged adult is about 6-8 weeks, while the average lifespan of an adult bed bug is 10-12 months. Which means bed bugs can reproduce in large numbers and have several generations over the year.

After coupling, the female bed bug lays two or three eggs at one time. Using their saliva, adult bugs cement their fertilized eggs on rough surfaces of their dwellings, where they hatch after around ten days at room temperature.

There are five stages of development in the nymph phase, and bed bugs get a boost from one stage to another after every full meal of blood. At all stages, nymphs look alike except for the difference in their size. Source: Digital Diagnostics

In the scientific community, all living beings are sorted into a systematic classification. Within the five major kingdoms are various classes, orders, families, and genuses of animals that divide them into groups based on their physical attributes and behavioral characteristics.

Having jointed six legs, segmented bodies, and an exoskeleton qualifies bed bugs as members of class Insecta. They are further classified in the order Hemiptera, family Cimicidae and genus Climex.

This genus is home to ninety species of bed bugs, but the three that feed on humans are Cimex lectularius, Cimex hemipterus, and LeptoCimex boueti. These species are not much different from each other but occur in different geographical locations. What kind of beg bug infestation you have depends solely on where you live. Source: Insider 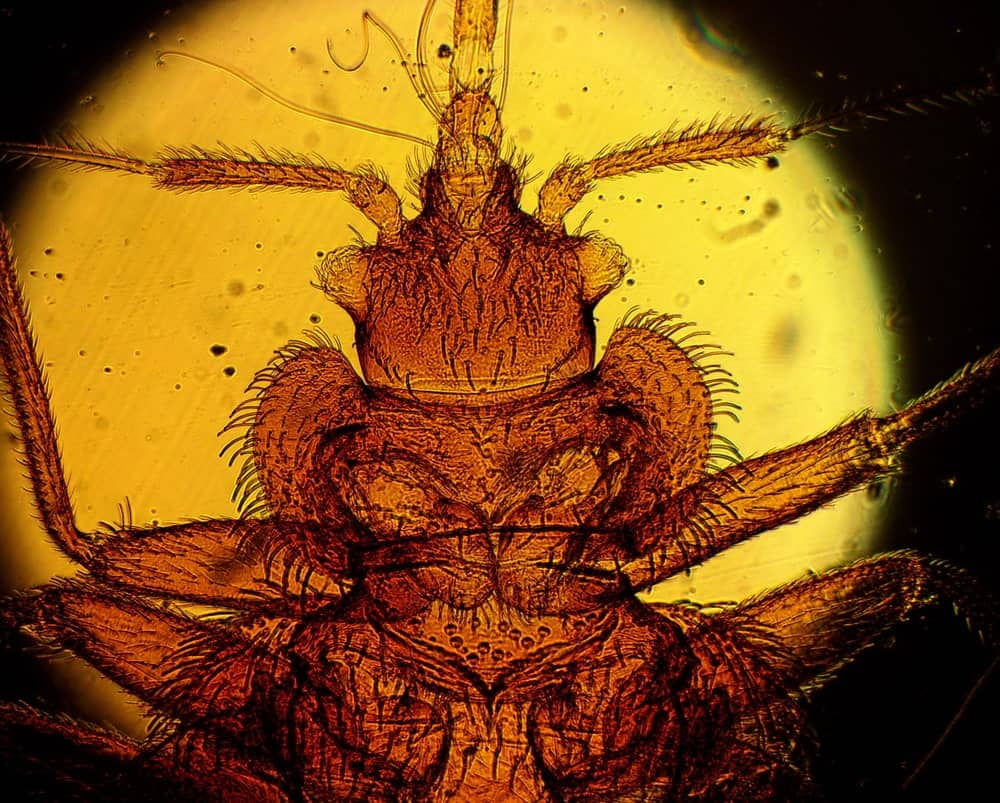 Also known as the common bed bugs, lecturalius and hemipterus, are usually found in Europe and the US. They feed exclusively on human blood and can grow up to 1-7mm in size. Whenever a bed bug infestation occurs, these two species generally turn out to be the culprits.

The L. boueti has a preference for tropical climates, and therefore only occurs in West Africa and South America. So you need not worry about them if you do not reside in either of these places. Although these bugs also feed on warm blood, they are particularly interested in bats. This is why you will find them in abundance near caves and other locations where bats dwell. Still, they would not pass up a human meal. Source: Britannica 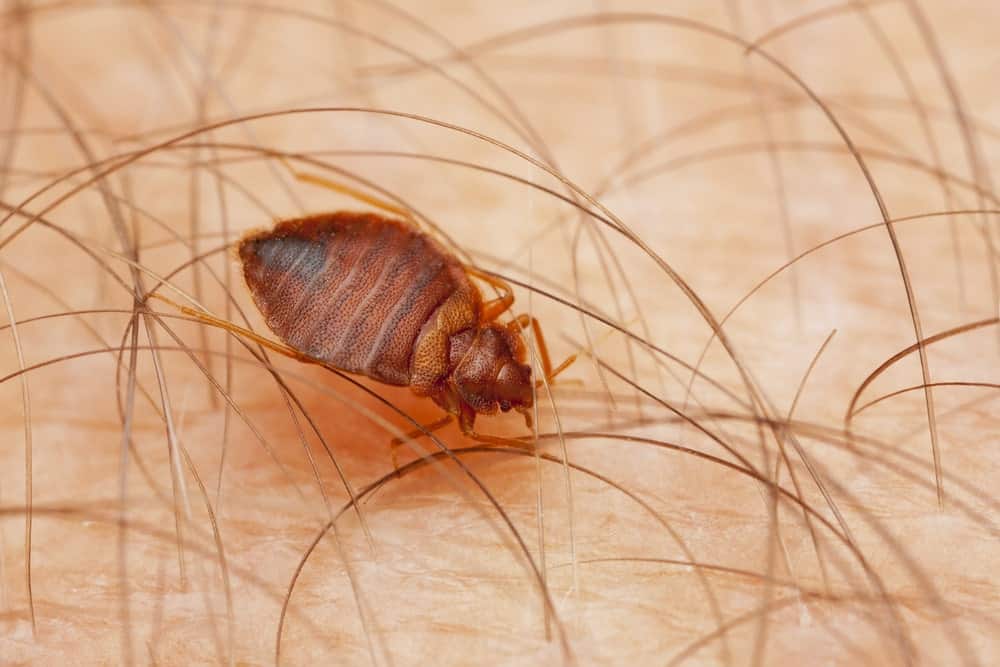 The special sucker that bed bugs use as mouth organs is especially designed to tear through skin, hair, or the fur of their hosts. They get a sufficient supply of all the nutrients they need to grow and reproduce from warm blood. Aside from the three species that feed on human blood, there are a few that make do with mammal or bird blood as well.

One reason bed bug infestations are so difficult to remove is their ability to survive without food for up to one year!

Archaeologists have found fossilized bed bugs from about 3,500 years ago, which makes them half as old as human civilization itself. Interestingly, there has been some research into the origin of bed bugs as human parasites. Initially, bed bugs used to be restricted to using bats as hosts, but they evolved to feed on humans too. It is suggested that the link can be found in our cave-living days when the first human population shared its lodgings with bats due to severe glaciations. Source: BBC Earth

See also  How To Get Rid of Moths in Closets

Believed to have been eradicated in the 20th century, beg bugs returned in the 21st with additional weaponry. They have learnt to adapt to survive the chemicals used in pesticides, which has made it even more difficult to eliminate them from homes. Source: Wikipedia

Ancient Egyptian literature mentions bed bugs, and they appear in Greek texts as old as 400 BC. Even Aristotle complains about an infestation of these parasites in his home. In Rome, Pliny published his book on Natural History in 77 AD claiming the medicinal properties of bed bugs. He believed they could be used to treat snake bites and various infections. Up until the 18th century, it was believed by many that bed bugs can treat hysteria. Source: Wikipedia

Bed bugs have also been mentioned in the Bible. In the book of Exodus, a Pharaoh forbids the Hebrew people to leave Egypt. To convince him to change his mind, God sends a series of plagues to the city. The last and most disastrous plague was a severe bed bug infestation sent to the Pharaoh’s kingdom. Source: HuffPost 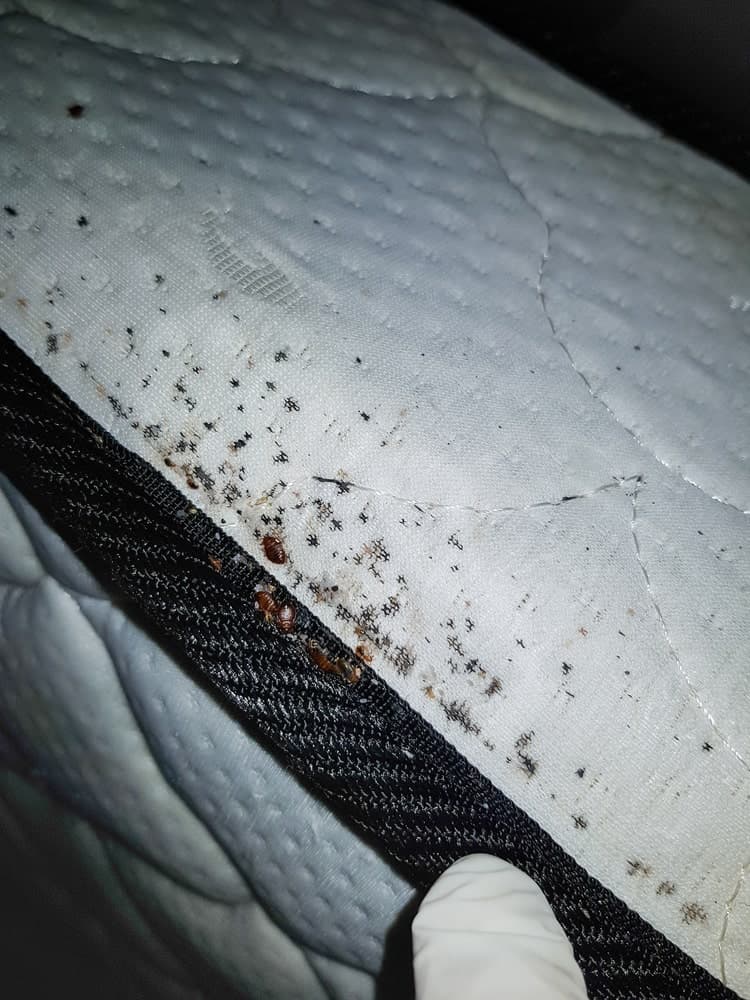 The only true sign of an infestation is seeing a bed bug with your own two eyes. But these sneaky bugs evade vision so skillfully that other signs are often used as indicators. Common signs of bed bugs to look out for are small red bites on the skin in a straight line or in a zigzag pattern. These bites are painless at first but they swell up and become itchy later on

See also  How is Drywall Made?

Sometimes, dark spotting can occur around carpets edges, on mattresses and cloth furniture because of bed bug fecal material. On bed sheets, bed bugs can also leave blood stains as evidence of their meal. Source: Insider

You can prevent bed bug infestations by covering your mattresses and pillows with a zippered covers that fit exactly right. This gives bed bugs less room to live in. You can also take the initiative to cover cracks and breaks around your home, and to de-clutter living spaces.

Once an infestation has occurred, bed bugs are difficult to remove, especially since beds cannot be sprayed with pesticides. An alternate option is to give your bedding some heat treatment which will drive the bugs right out. You can even use a stiff brush and a vacuum cleaner to carefully go over the area of infestation.

Although it is best to hire professional exterminators, you can easily follow DIY procedures for their removal. Source: Web MD

They feed only at night.

Although it is true that they mainly feed at night, they can adapt to your sleep cycle very easily if you sleep in the day time.

You must have heard that after a break out of bed bugs, you must throw away your existing furniture. This is not true! With the help of professional exterminators, you can treat your furniture with heat to remove all signs of these bugs.

To increase blood flow to the site of the attack and to subdue the host while feeding, bed bugs inject anesthesia through the skin. This leads to a more comfortable feed with lots of blood on hand. Source: PestWorld

To evade human eyes, bed bugs have the ability to find the smallest nooks and crannies to hide. Their only weapon against their human hosts is their cleverness, and they use it to the fullest to stay alive and strong in your home for as long as possible. Source: Wikipedia

Bed bugs are hardy creatures. They can survive for one year without food if the temperature is ideal. They can also stay alive in temperatures as low as 25 degrees. Bed bugs usually cannot tolerate much heat, which is why it used to drive them out. Source: PestWorld

Bed bugs can be used in research

The secretions produced by bed bugs have anti-bacterial qualities, which stop certain types of bacteria and fungi from growing. These components can be isolated and used in the discovery of new drugs. Not only this, but because human DNA remains in the bed bug’s system for about ninety days, they can potentially be used in forensics. Source: PMC

Unlike other parasites that plague our homes, bed bugs do not have the ability to carry germs and disease. This makes them less dangerous to have around than mosquitoes and other insects.

Bed bugs are a nuisance and we can do only so much to avoid them. But after reading this article, we hope you are much better equipped to understand which type of bed bug you’re dealing with, and understand how to notice and eradicate an infestation. Next time someone tells you to not let the bed bugs bite, you will have plenty of information on exactly how to avoid these blood-sucking creepy-crawlies!

Return to all home-invading insects