Here’s everything you need to know about beans and legumes. Heads up! They’re not the same. Learn how to identify them and their types in this comprehensive guide we’ve compiled for you. 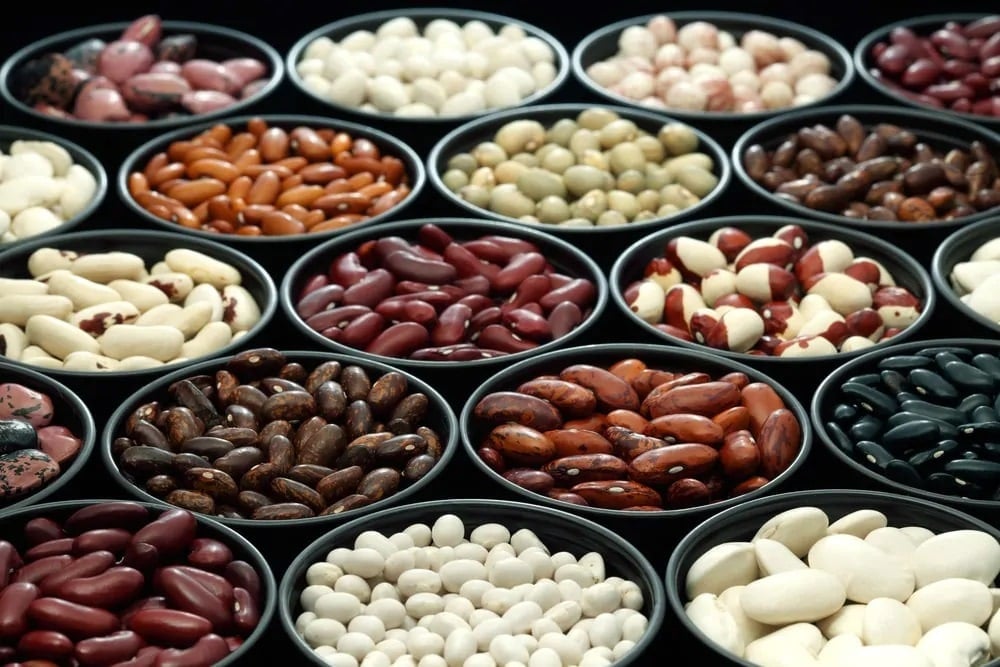 How often have you come across the terms “legume” and “beans” being used in a single food recipe, leaving you all confused and perplexed? Because according to commonly held beliefs, beans and legumes are the same things, right?

There is indeed a lot of confusion surrounding the two terms because some people believe them to be the same thing, while others think they are completely different from one another.

In simple words, legumes are plants of the legume family that contain fruit growing in the pods. On the other hand, beans are edible seeds from different varieties of legume plants.

Legume is more like an umbrella term under which you’ll find peas, peanuts, lentils, and beans. While peas have a spherical shape, beans sport a kidney, or an oval shape and lentils are lens or disk-shaped.

In essence, all beans are legumes, but legumes are not really beans.

Back in the Days

Several fossil records and scientific studies of plant genetics have revealed that the first-ever appearance of the legume species happened some 59 million years ago. These species basically broke off from their flowering-plant ancestors and acquired some distinct genetic traits along the way, making them quite unique.

Over time, the species obtained more and more legume-like characteristics, resulting in about 20,000 different species that we know of today. 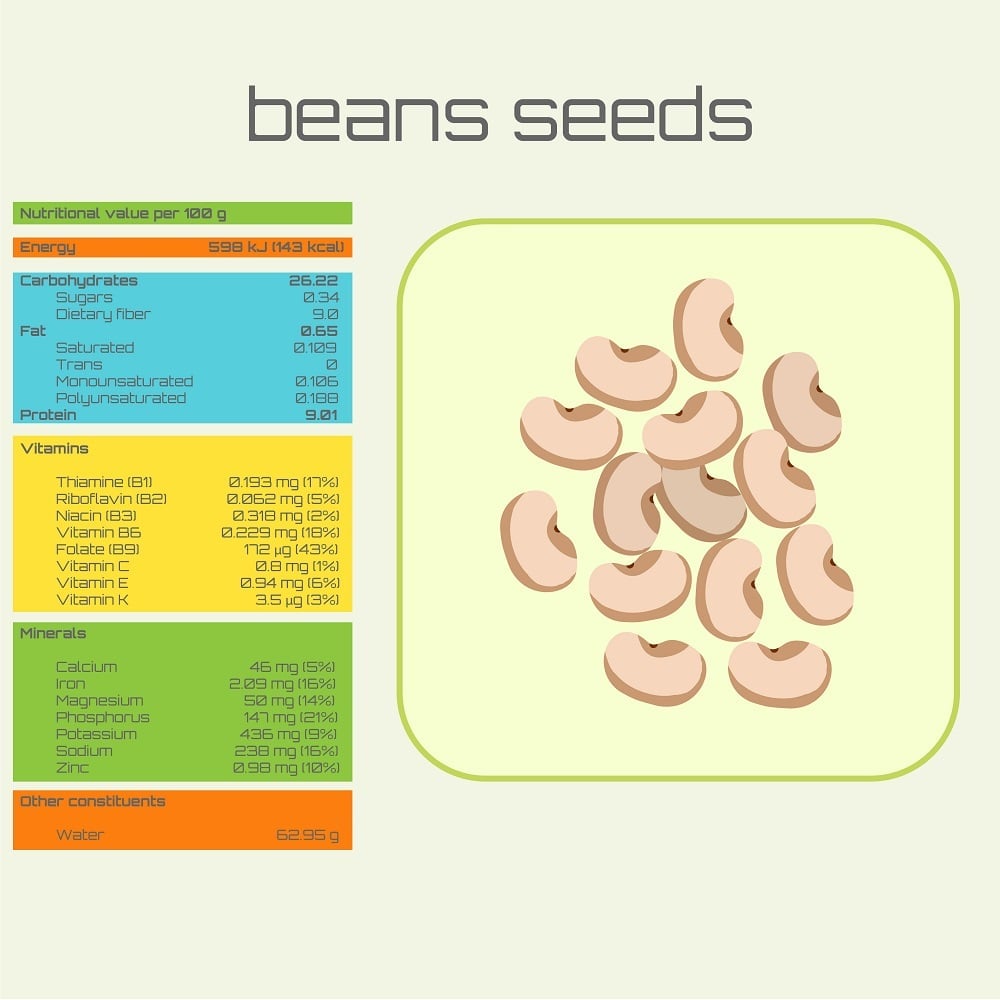 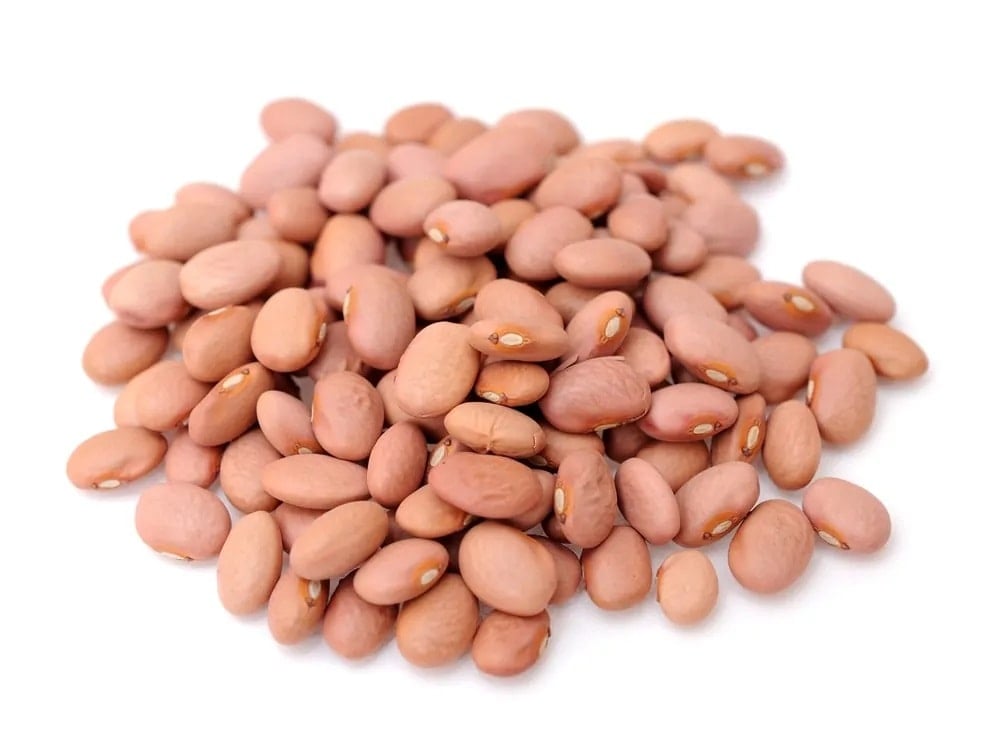 Also commonly known as ‘chili beans’, pink beans are pinkish-brown beans that are plump and roundish-oval in shape.

They are particularly popular in the Caribbean countries for their rich, meaty flavor. They are usually a key ingredient in most Old West recipes, Mexican-American cuisine, and barbeque-inspired dishes. Pink beans appear to be quite similar to pinto beans, particularly in size, so pinto beans and kidney beans are often used as a substitute for pink beans.

An interesting fact about pink beans is that they are also often called “Santa Maria pinquitos” because they are the star ingredient in most barbeque dishes in California’s Santa Maria Valley.

On average, this bean plant grows up to 14 inches, making it about 36 cm tall and produces pods that are 9 cm long.

They have a very fine and smooth texture that becomes tender and turns into a reddish-brown color when cooked. 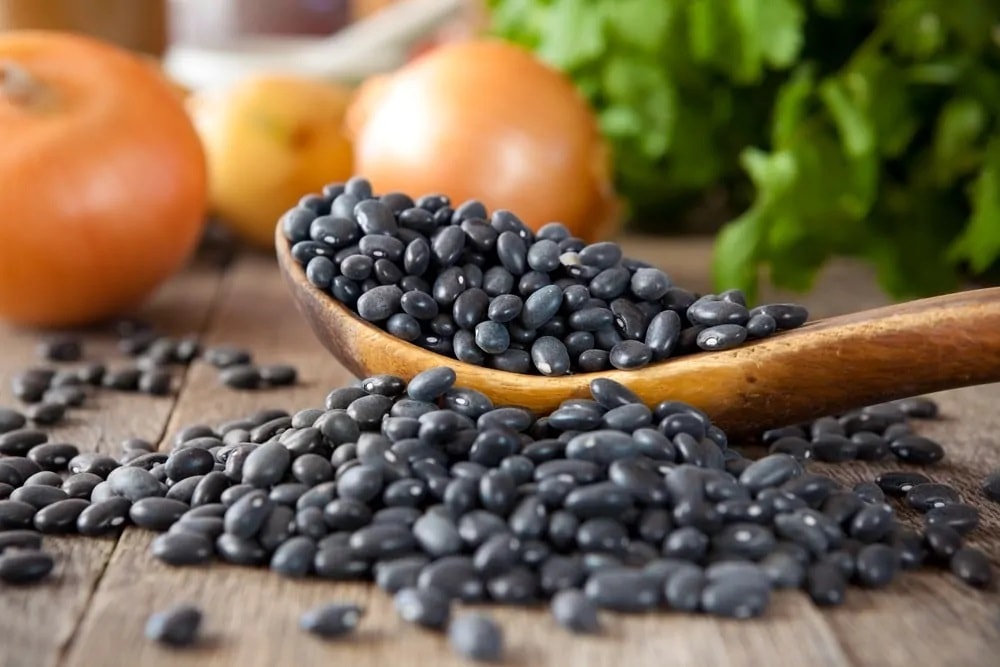 These are small ovals with grayish-cream flesh and deep black skins. Black beans fall under the category of legumes and are also known as ‘turtle beans’ owing to their super hard and shell-like appearance. They are native to the Americas and popularly used in Latin American Cuisine but can also be found in South Louisiana cuisines.

Black beans have a soft texture with a sweet, earthy, and mild flavor. They are commonly valued for their high fiber and protein content which makes them extremely nutritious and healthy. Some of its key benefits include strengthening of bones, reduced blood pressure, prevention of cancer, weight loss, and diabetes control.

They make for an excellent soup ingredient and are typically featured in the black bean soup, a traditional dish in Cuba that is often served with white rice. 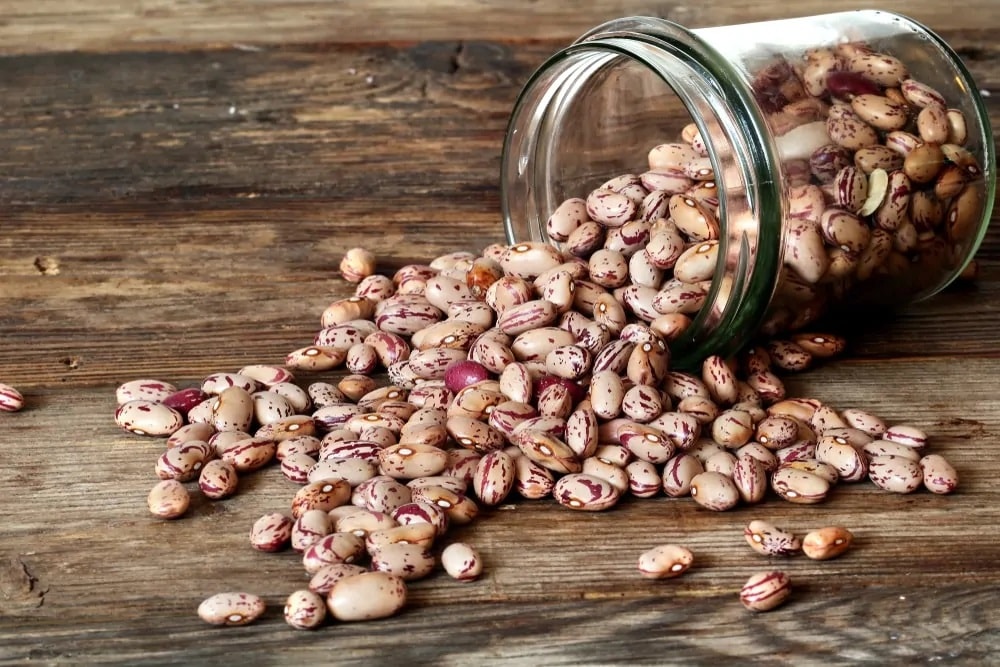 More commonly known as “cranberry beans” or “speckled sugar beans”, roman beans are oval-shaped with a smooth texture, pretty pinkish color, and gorgeous dark-red speckles or streaks. They have a sweet, mild, chestnut-like flavor and are perfect for salads, pasta, soups, or simply as an evening snack.

Roman beans originated from Columbia and soon went on to become extremely popular in Italy where they are commonly called “borlotti”.

Interestingly, when these beans are cooked, all of their specks and streaks just vanish, resulting in a darker and a more even color. 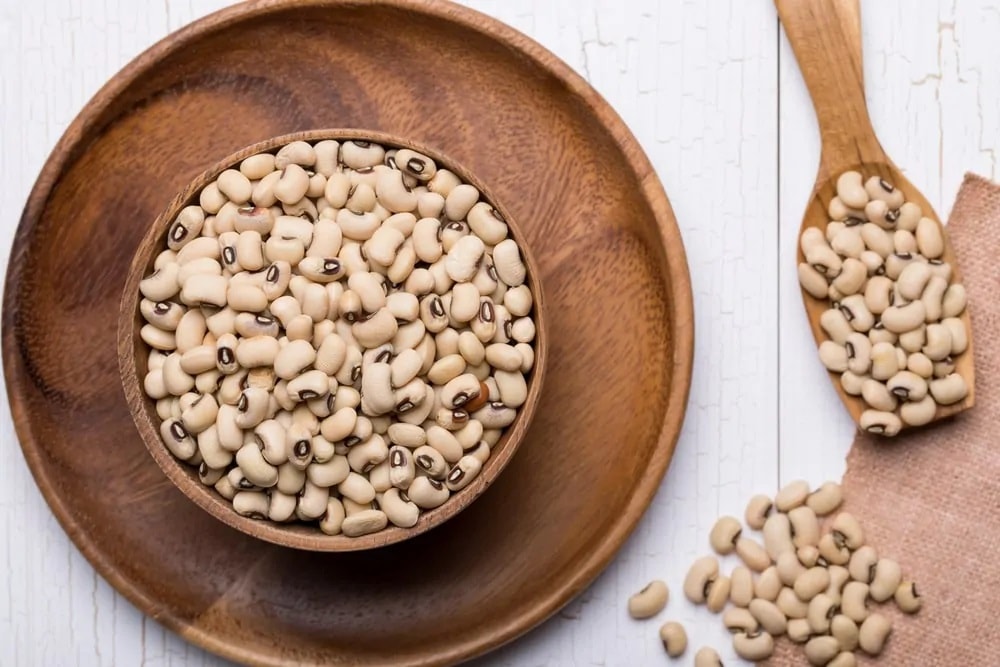 These are also known as haricot beans, pea beans, pearl haricot bean, and white pea bean and are mainly native to the Americas where they were also first domesticated.

Navy beans are normally small and dry, and often sport a creamy white color. They have a flattened, oval shape, contain a dense, smooth texture and a mild flavor. They are mostly consumed for their numerous nutritional benefits, some of which decrease the risk of heart-related ailments, stabilized blood sugar levels, improved memory, and a rich source of iron and fiber.

See also  How To Clean Salmon

Some interesting ways to include navy beans in your diet are adding them to salads, making a delicious sandwich spread, mixing them in soups, etc. 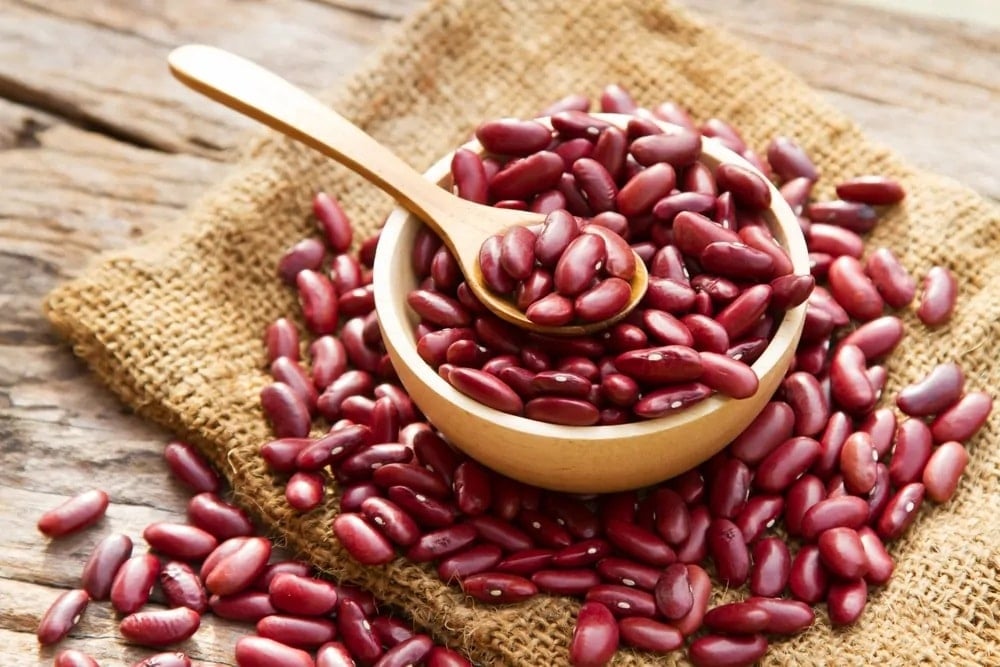 Small, round and red in color, Red Beans have to be the most popular among all types of beans. They are also known as “Adzuki” and have a sweet, nutty taste. Red beans are used in a variety of Creole and Southern dishes, particularly because of their unique taste and numerous health benefits.

Red beans are often used interchangeably with red kidney beans because of the extreme similarity between the two. They are believed to initially have been cultivated in East Asia and the Himalayas. Their popularity soon led them to New Orleans where red beans are now a local favorite and are used in a number of dishes and cuisines such as a red bean curry, soup, stew, and even hummus. 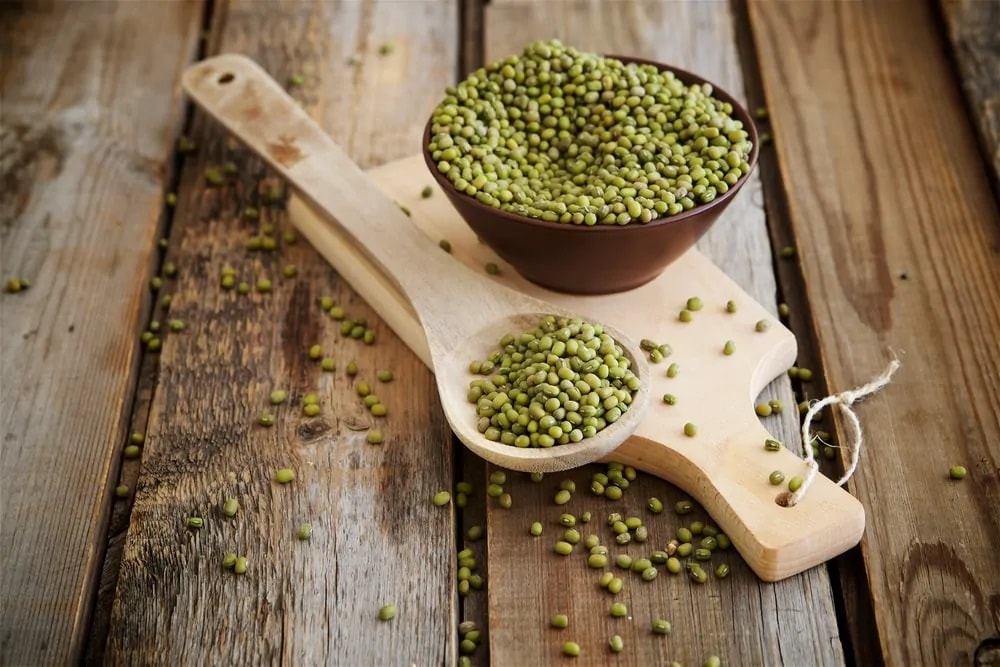 Also known as maash or the green gram, the mung bean is primarily cultivated in Pakistan, Nepal, India, Bangladesh, South Asia, Sri Lanka, and China. They are small and round in shape and have a slightly sweet taste, which makes them ideal for both savory and sweet dishes. They are often sold as dried beans or as fresh sprouts.

The green mung bean is packed with nutrients, making them one of the healthiest food ingredients. It has a variety of health benefits including reduced risk of chronic diseases, prevention of heat strokes, controlled blood pressure, and better digestive health.

Some of the key nutrients found in mung bean are fiber, proteins, potassium, zinc, copper, magnesium, and vitamins B2, B3, B5, and B6.

See also  10 Types of Coffee by Bean and Preparation 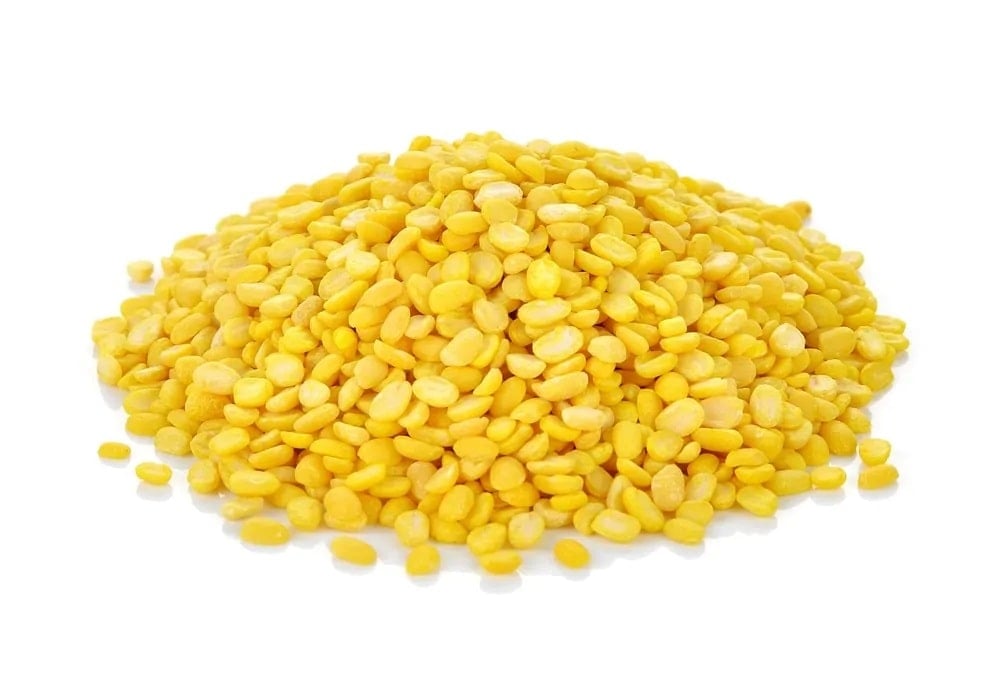 While whole mung beans have green skin, when this skin comes off during processing, the beans end up splitting, hence the name ‘split mung bean’. Once split, they reveal a yellow color which varies according to the mung variety.

It has quite a similar flavor to mild and sweet peas and is widely consumed as a rich source of protein in most Asian countries.

Split mung beans contain large amounts of dietary fiber, proteins, and other essential nutrients that make them quite a healthy choice for vegetarians and vegans. They are largely cultivated in Southeast Asia and India. 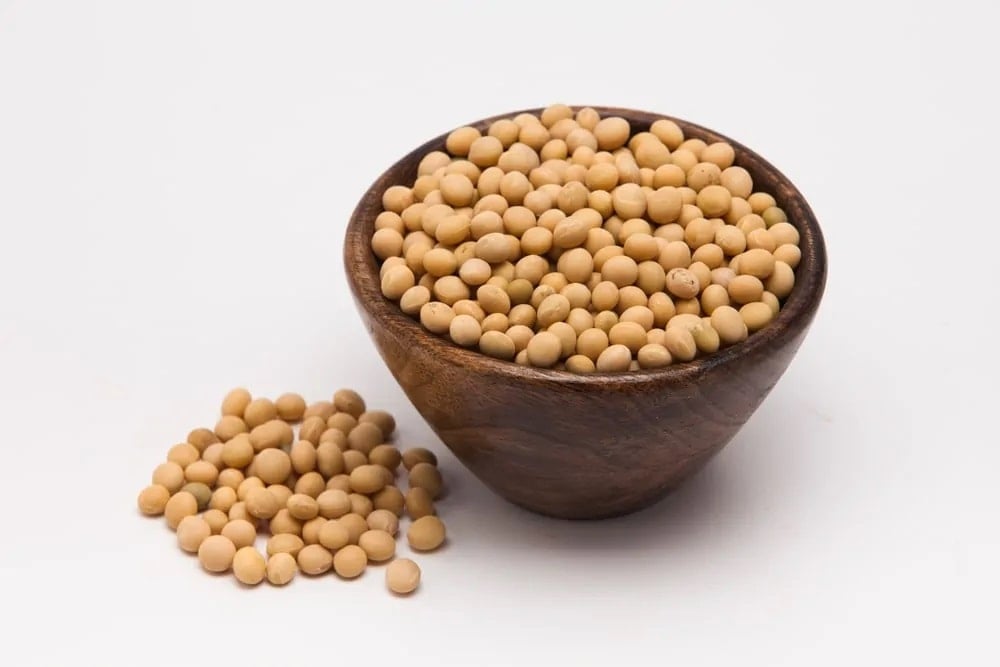 Also called soya bean or soja bean, soybean is believed to be the most popular of all beans. This importance stems from the fact that soybeans provide the highest amount of vegetable protein and are also used as a core ingredient in a number of chemical products.

Soybeans were first domesticated by Chinese farmers somewhere in 1100 BC, and they initially originated in Southeast Asia. Interestingly, China was the biggest supplier of soybeans till World War II halted their supply, and after that, soybean cultivation started taking off in America.

These beans don’t particularly have an intrinsic taste of their own, simply because of their inability to absorb taste as many other beans do. So you can use them to make a soybean curry or soybean hummus. 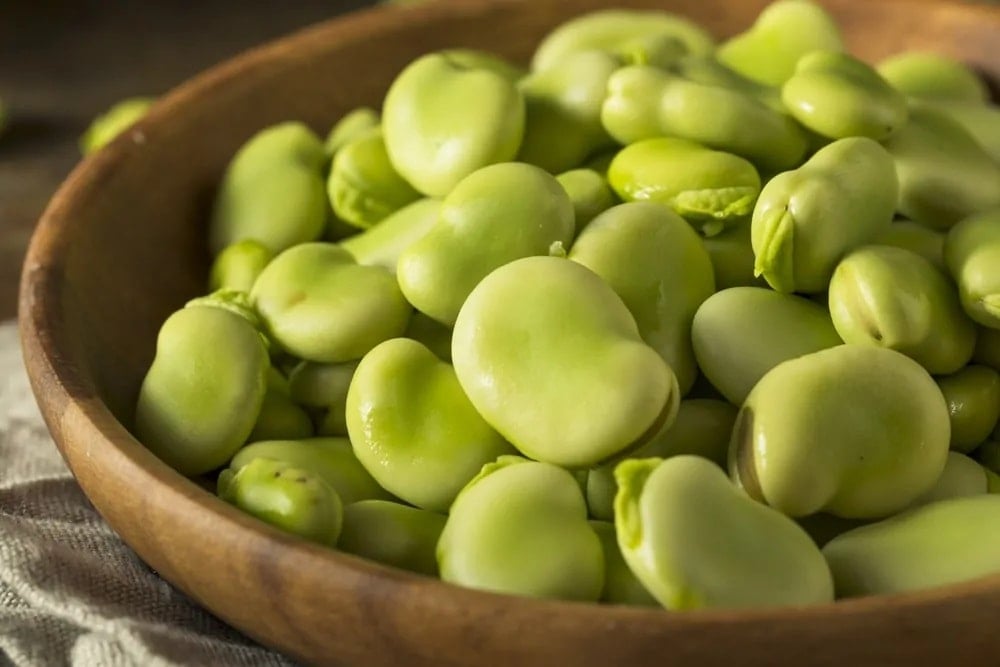 These are broad green legumes that are extremely popular in a variety of Middle Eastern and Mediterranean cuisines.

Fava bean is often referred to as the “magic bean” primarily due to its nutritional and health benefits including low blood cholesterol levels and improved digestion. They are also a rich source of proteins, vitamins, dietary fibers, and essential minerals like manganese, iron, and copper.

They are often used in pasta and vegetable soups; however, they are believed to have quite a bitter aftertaste.

In several Latin countries, fava beans are consumed as a popular snack, usually dried and salted. Whereas in Central Mexico, these beans are mashed into a paste and featured in corn-flour based recipes and snacks. 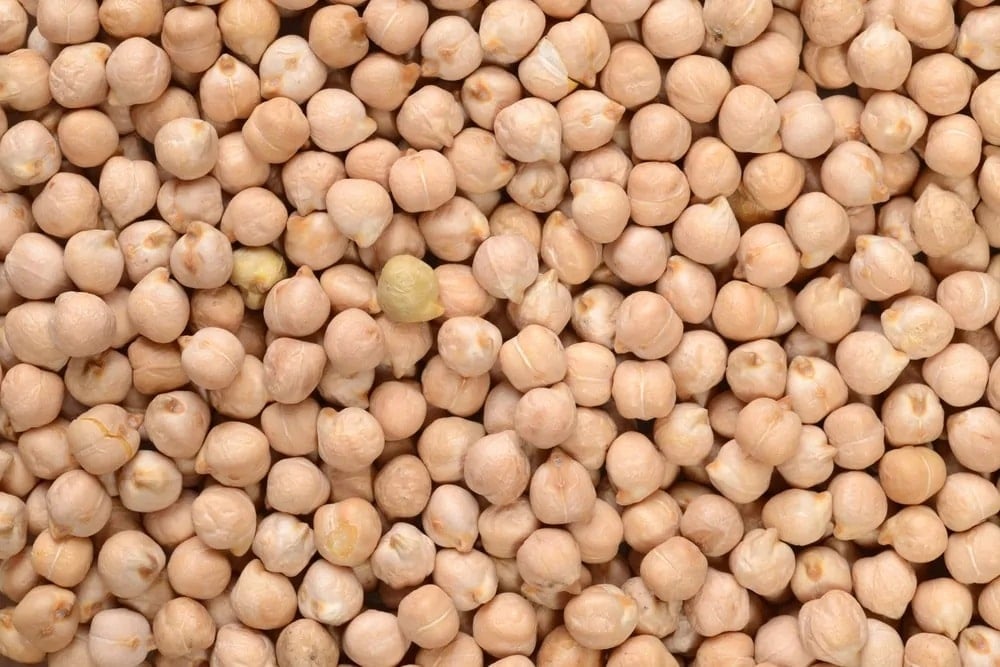 Commonly cultivated in the Middle East and the Mediterranean, chickpeas are known by a variety of other names including garbanzo bean, gram, Egyptian pea, Bengal gram, and garbanzo. They are yellowish in color and round in shape with a buttery texture and a nutty taste.

Like several other types of legumes including beans and lentils, chickpeas are also loaded with a variety of key minerals and vitamins, most notably proteins and fiber. Some of their overriding benefits include enhanced heart health, reduced inflammation, and cholesterol levels, weight management, prevention of cancer, and many more.

Chickpeas are often featured as the key ingredient in dishes like hummus and falafel but are also a great addition to salads, stews, and soups. 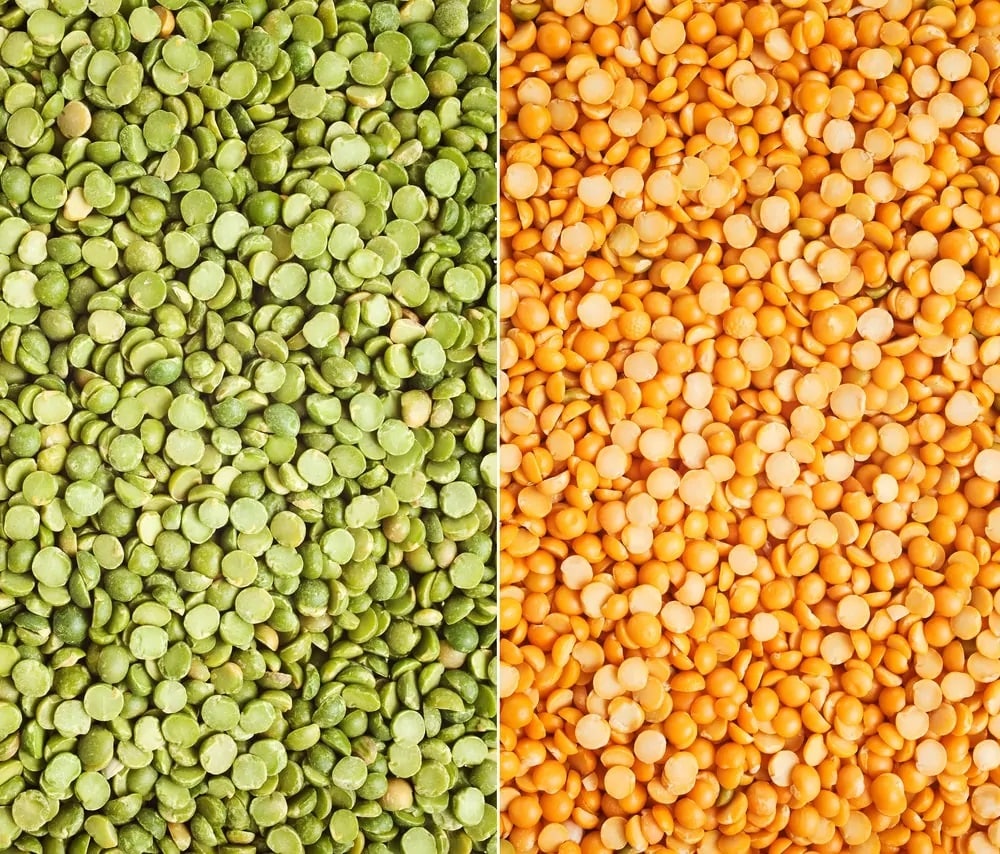 Split peas occur in two main colors, green and yellow, and are typically known as field peas, which are grown specifically for drying purposes. They are known to be natural sources of the highest amounts of dietary fiber and key proteins.

Split peas come from the Pisum sativum L plant which is popularly cultivated in Russia, India, China, Canada, and the United States. They are also native to Southeast Asia and were commonly cultivated and consumed by Romans, Egyptians, and the ancient Greeks.

Some of the most popular dishes made with split peas are the American split pea ham soup, a vegetarian Indian staple called ‘dahl’, and a Persian stew called “khoresht gheimeh” which is made from the yellow split peas. 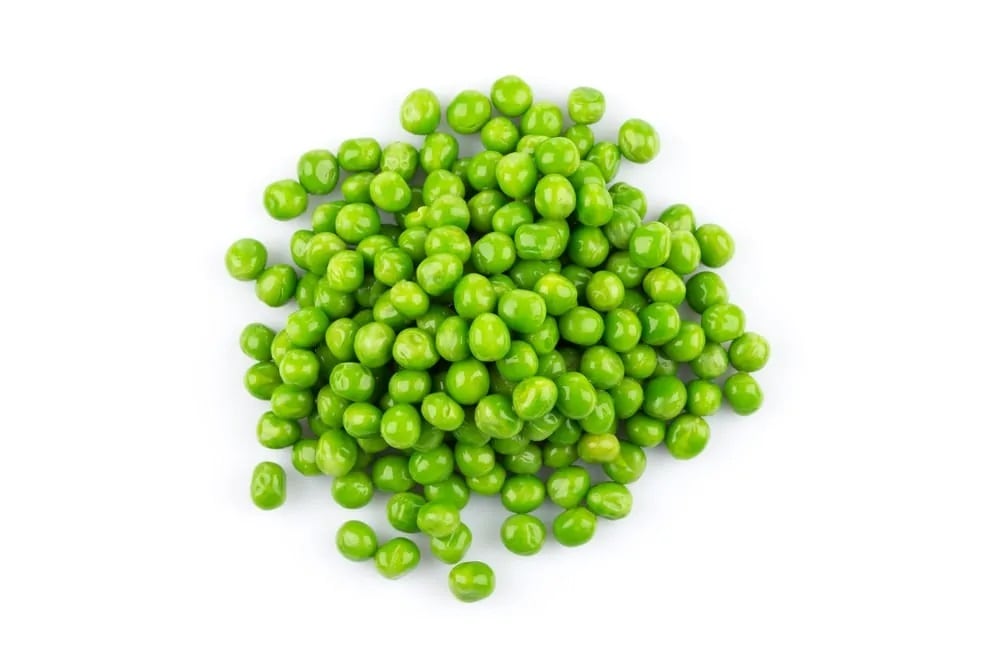 Also known as garden peas, green peas are super versatile legumes that are grown as commercial crops currently all over semi-tropical regions.

They are believed to have originated from the sub-Himalayan plains of northwest India and have been cultivated since ancient times for their nutritious and delicious green seeds.

They are also considered to be the healthiest of leguminous vegetables that are super-rich in antioxidants, minerals, phytonutrients, and vitamins. According to commonly held beliefs, green peas are vegetables; however, they are actually a part of the legume family which consists of pod-producing plants with seeds inside.

Some of the key health benefits of green peas include controlled blood sugar; improved digestion and protection against some chronic illnesses such as diabetes and cancer.

Green peas are commonly featured as a side item in most dishes and often as a star ingredient in dishes like pea ravioli, green pea spread, pea curry, etc.

Beans and legumes are some of the healthiest food ingredients that you must include in your daily diet. Combining beans with legumes is an absolutely terrific way to include a ton of nutrition, essential minerals and vitamin to your diet.