Get to know the many different types of avocadoes to gain more knowledge about these very popular and highly nutritious fruit that often ends up on our toasts or as guacamole and dessert. 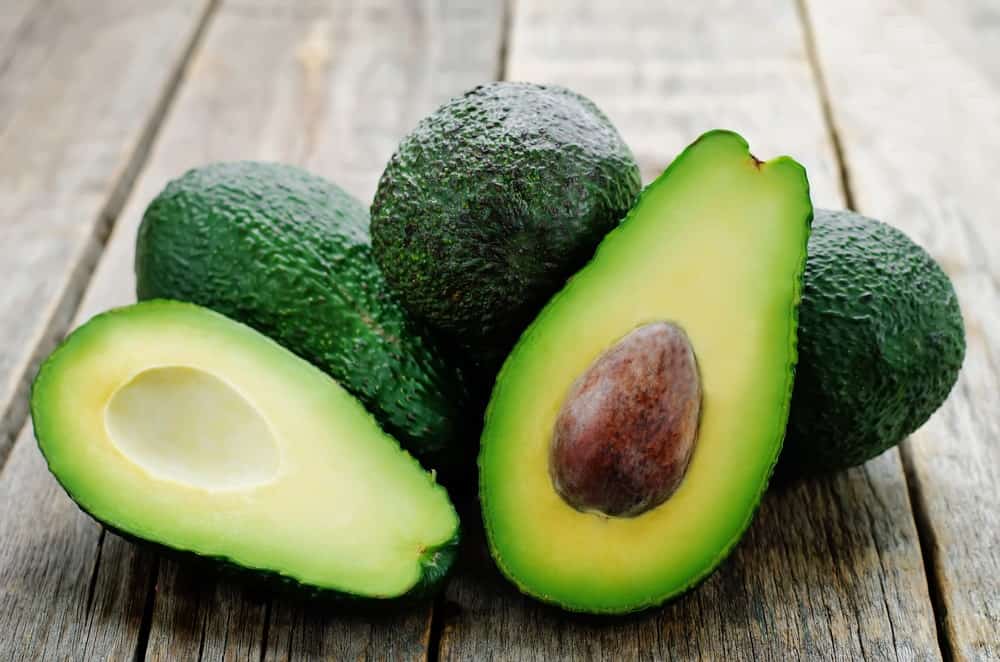 The avocado is a large berry fruit containing a single seed. It has over 500 varieties that vary in fruit size, texture, shape, and maturity rate. The avocado tree can survive over 400 years and is native to South Central Mexico.

The earliest avocado was found in a cave in Coxcatlán, Puebla, Mexico and dates back to around 10,000 B.C. An avocado-shaped water jar dating 900 A.D. was also unearthed in the pre-Incan city of Chan Chan. These plants have been cultivated in Central and South America as early as 5,000 B.C.

The word “avocado” came from the Aztec word ahuacatl, which means “testicle,” in reference to the fruit’s resemblance to the said body part. The fruit is also known as the “alligator pear” because of its shape and leatherlike skin.

The world’s largest avocado producers are Mexico, Peru, Colombia, the Dominican Republic, and Indonesia. In the U.S., California is responsible for 95 percent of avocado production. The most popular type of avocado in the country is the Hass variety. 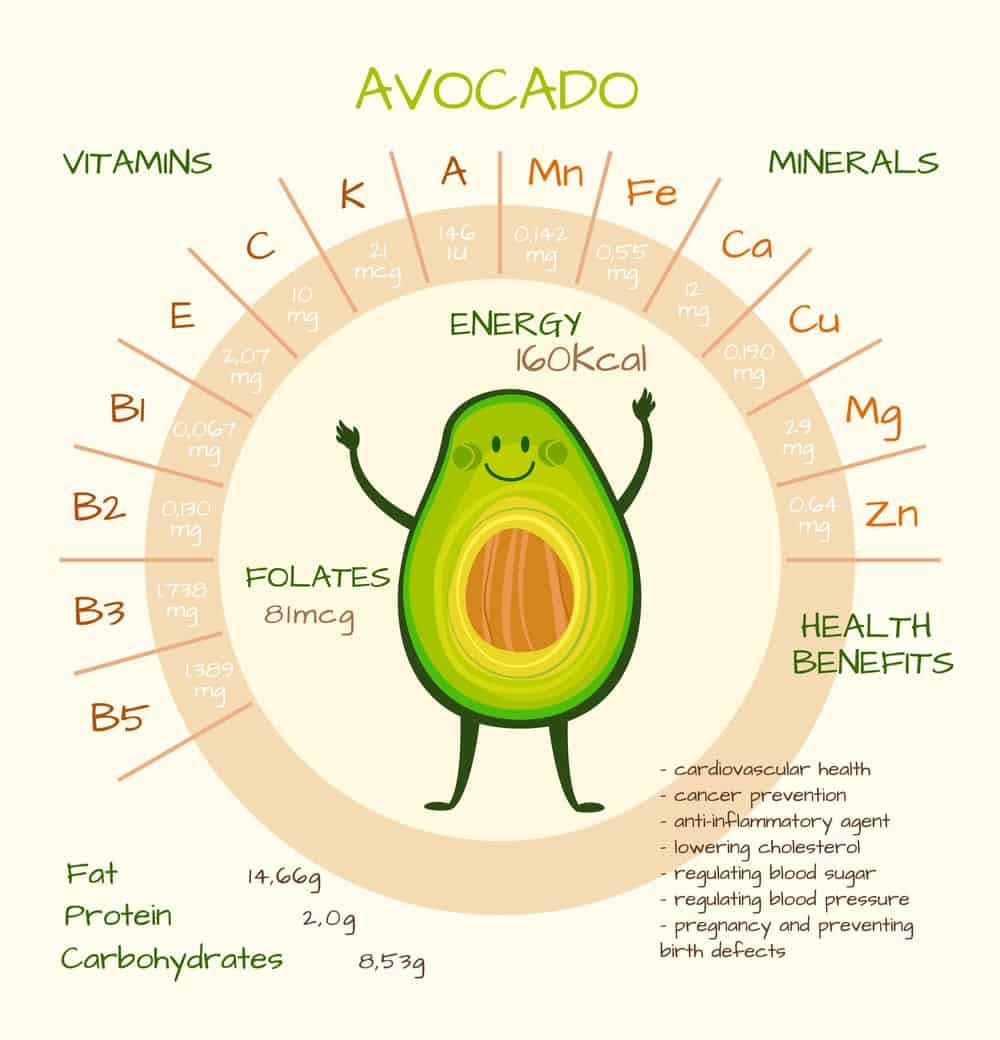 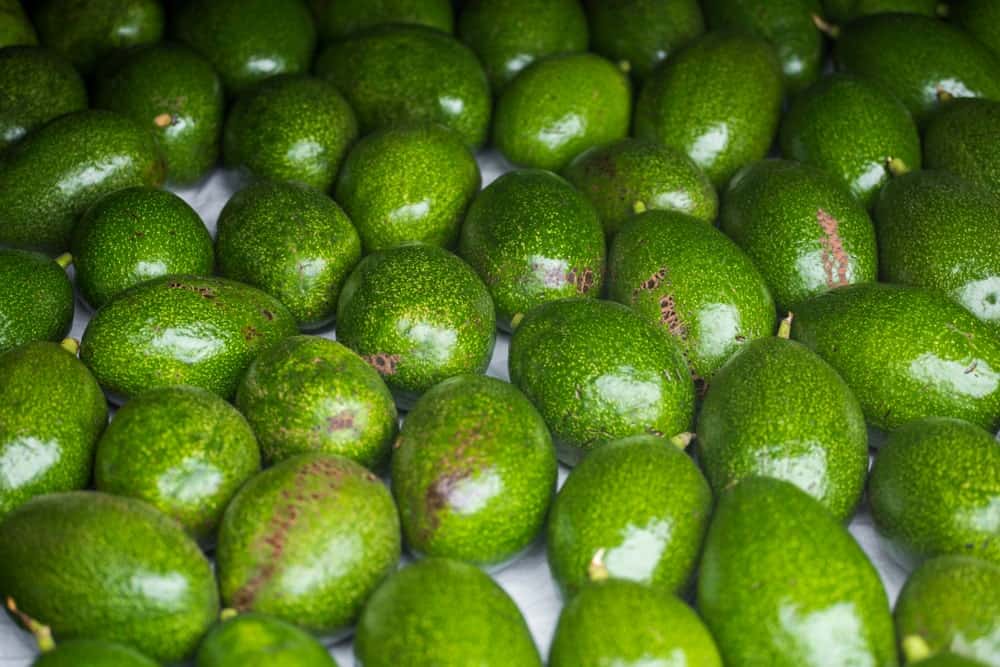 Oval-shaped and dark-green in color, the Choquette avocado originated in Florida and is a mix of two different types – Guatemalan and West Indian. They have smooth, glossy skins and high water content. The flesh itself has a mild taste and is quite watery. In fact, when you cut into the Choquette avocado, it is known to release a silky type of fluid. 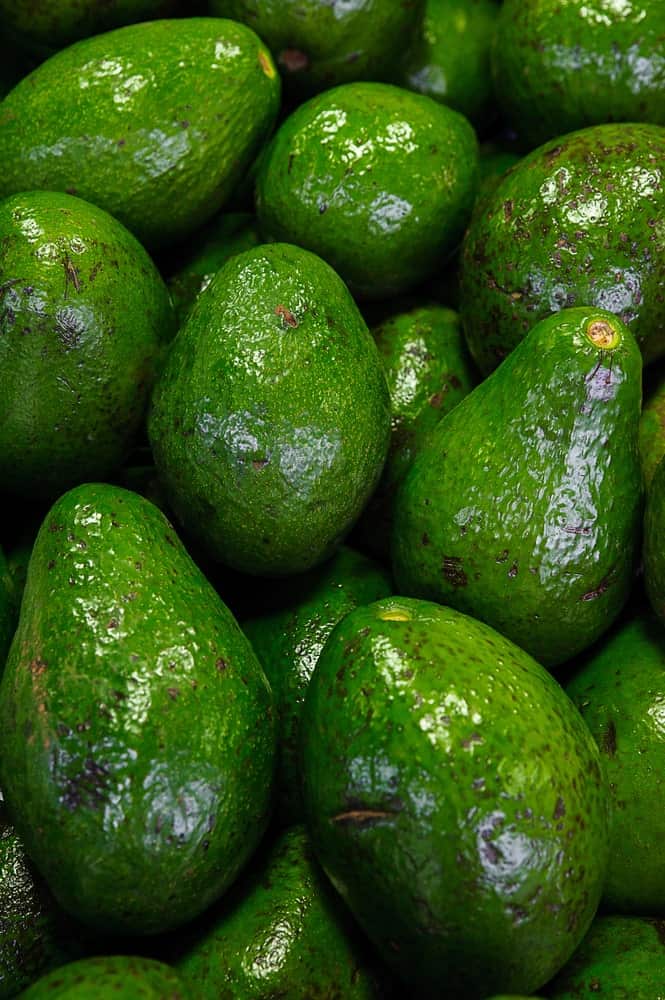 The Gwen avocado is oval-shaped and dark-green in color. Their texture and taste are both similar to the Hass avocado, but the Gwen is larger and has a creamy flesh that is very flavorful. It is also easy to peel, even with its thick, pebbly skin, and it was first developed in California. It weighs up to 15 ounces, is plump in size, and it has a small- to medium-sized seed. 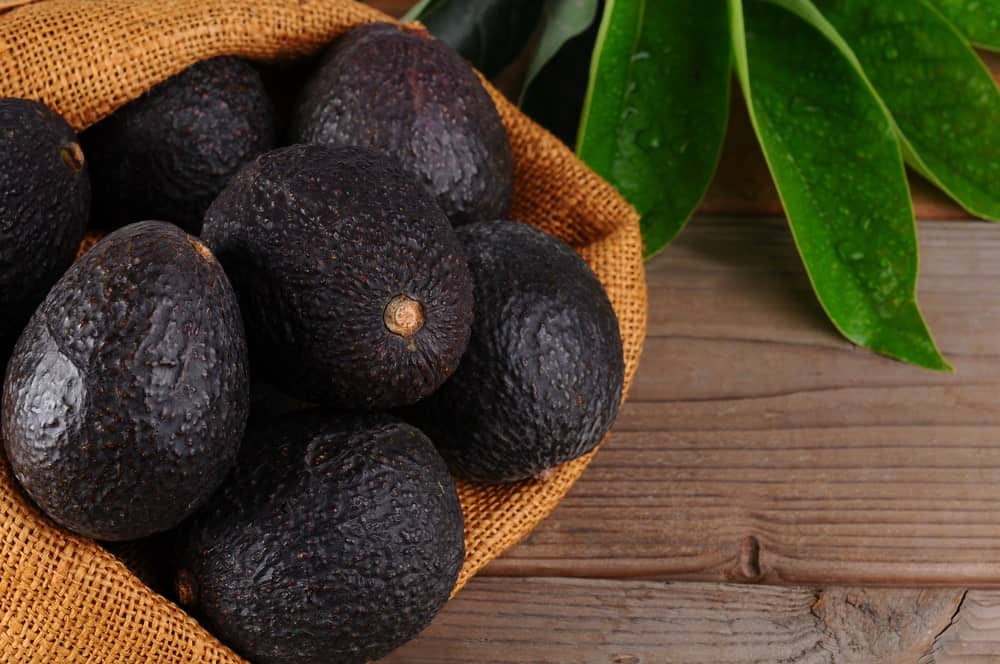 Hass avocados are a bit different because they have a purplish-black color. This doesn’t mean they aren’t popular, however, because it is this type of avocado that makes up most of the avocados that come from California. It has a velvet-like texture and tastes rather nutty, and its thick skin turns to dark purple as it becomes riper.

Its flesh is pale green in color and its flavor is exquisite, making it perfect for making guacamole. There is also a Lamp Hass variety, which tastes similar to the regular Hass, but has a much bigger size. This one has pebbly skin and a medium-sized seed. 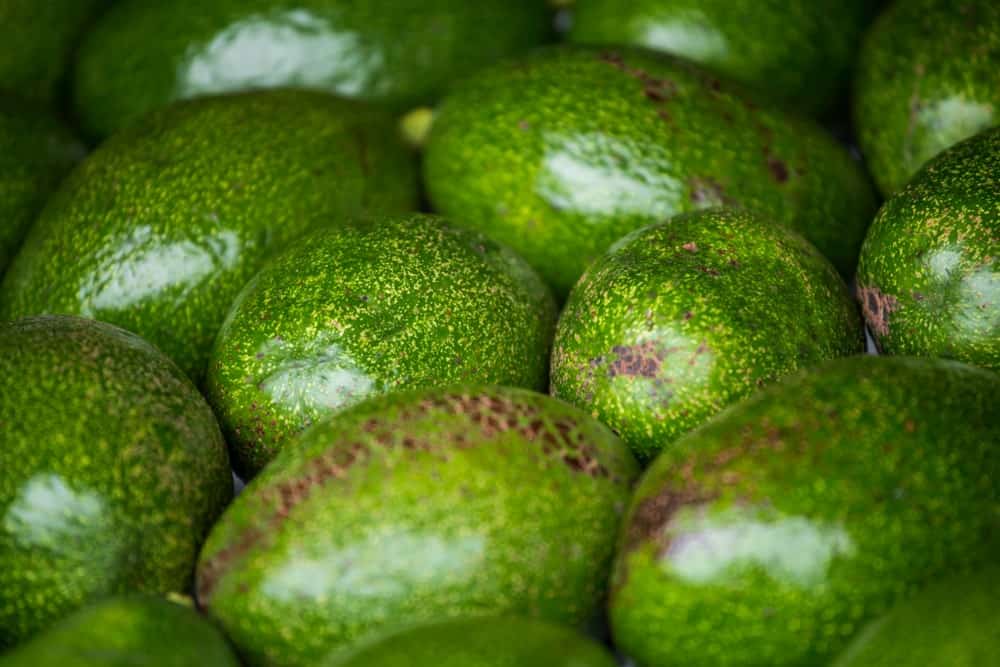 The green, pear-shaped Lula avocado originated in South Florida, and it has a large seed and dark, glossy skin. If you choose to grow Lula avocados, you’ll find that they are sometimes susceptible to the scab fungus; however, they also grow very quickly and can handle most cold climates.

These are beautiful dark-purple avocados that are relatively new, having been discovered in the 1990s. It is a very large type of avocado and has very rough skin. When planted, the fruit grows profusely, albeit slowly, and it was discovered in South Africa, although its exact heritage is unknown. It also has seeds that are larger than many other types of avocados, getting up to 14 inches in weight.

The Mexicola avocado is black in color and pear-shaped, and it originated in Mexico, hence its name. With smooth, shiny skin and a smaller-than-normal size, the Mexicola avocado can be difficult to peel because of its thin skin, even though the seed is quite large and they are a very flavorful type of avocado. The skin itself is also edible, and many people claim they have an anise-like flavor. 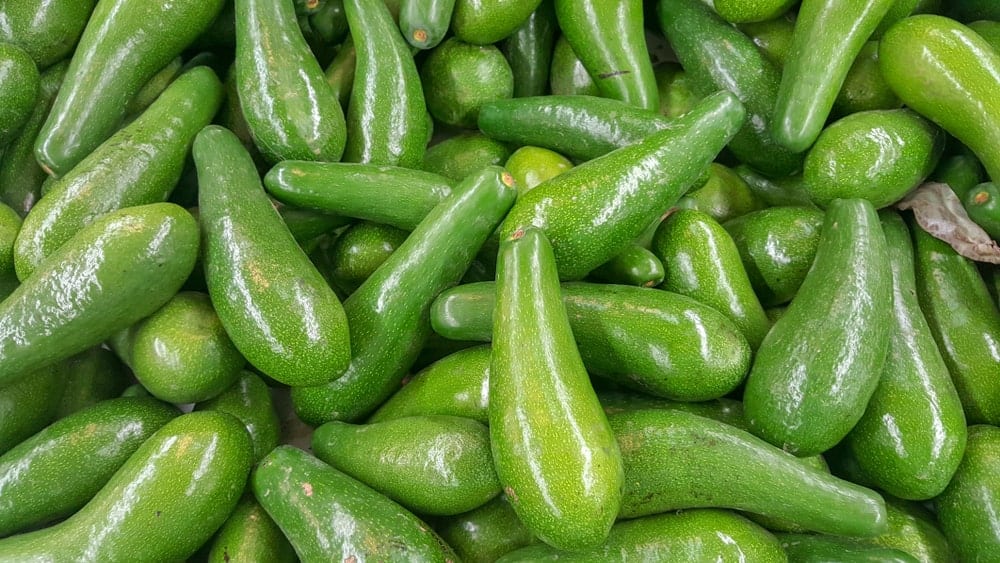 Instead of a pear or oval shape, the Pinkerton avocado is actually quite long, and it has a small seed and pale-green flesh. With a rough and thick skin, these avocados are high in oil and have a very tasty and nutty flavor. It is also resistant to cold and frost, meaning it can be grown in many different locations. 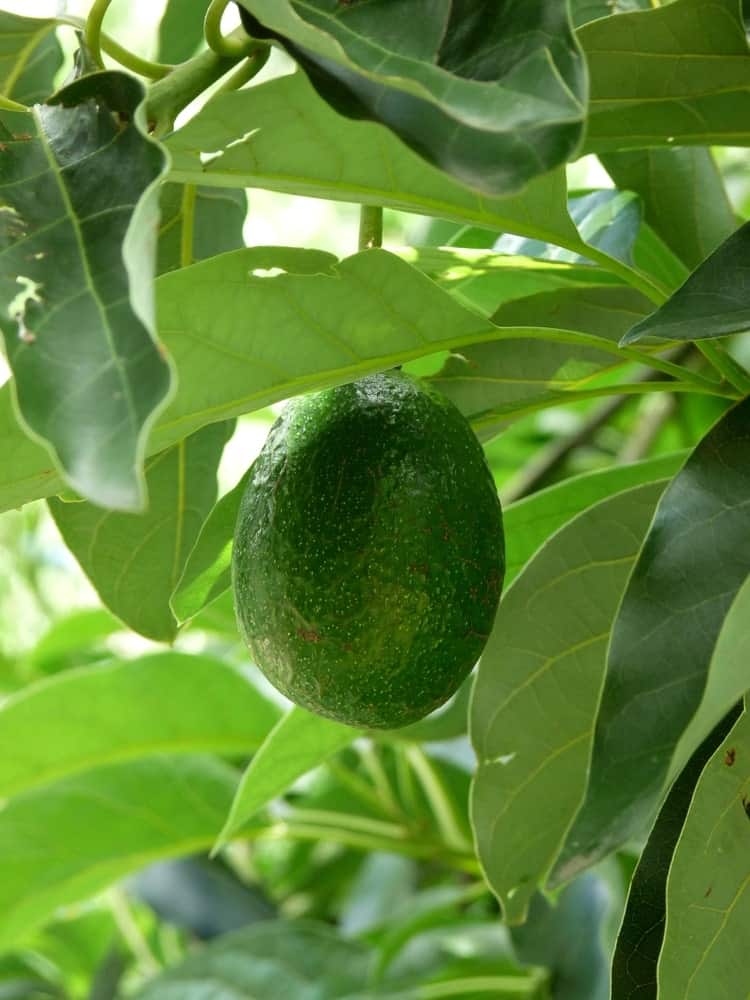 These round, dark-green avocados are some of the largest avocados available, roughly the same size as a softball. It has a medium-sized seed and medium-thick skin, with a texture that is smooth and glossy. Reed avocados have yellow-gold flesh and a flavor that is very delicate and somewhat nutty. They were developed by James Reed around 1948, and many people think they are the best-tasting avocados in existence.

Also called Little Cado avocados, is it known to be the only dwarf variety of this type of fruit. Even the tree is compact, reaching no more than 10 feet in height while other trees can get up to 80 feet high. With a yummy flavor and a nice green size, it ripens May through September, and it can handle temperatures as low as 32 degrees Fahrenheit.

With freckled green skin and an oval shape, Bacon avocados have been around since 1951 and have bright-yellow flesh that is delicate and light in taste. The seed is unusually large, and it has a high oil content in its flesh as well. They bloom from late fall to early spring, and they can get up to 12 ounces in size.

Brogdon avocados are perfect for growing in cold climates, and they have a rich and nutty flavor that is similar to the Hass avocados. Because the skin is so thin that it is difficult to peel, this type of avocado isn’t always offered commercially, but this dark-purple fruit is popular nonetheless. 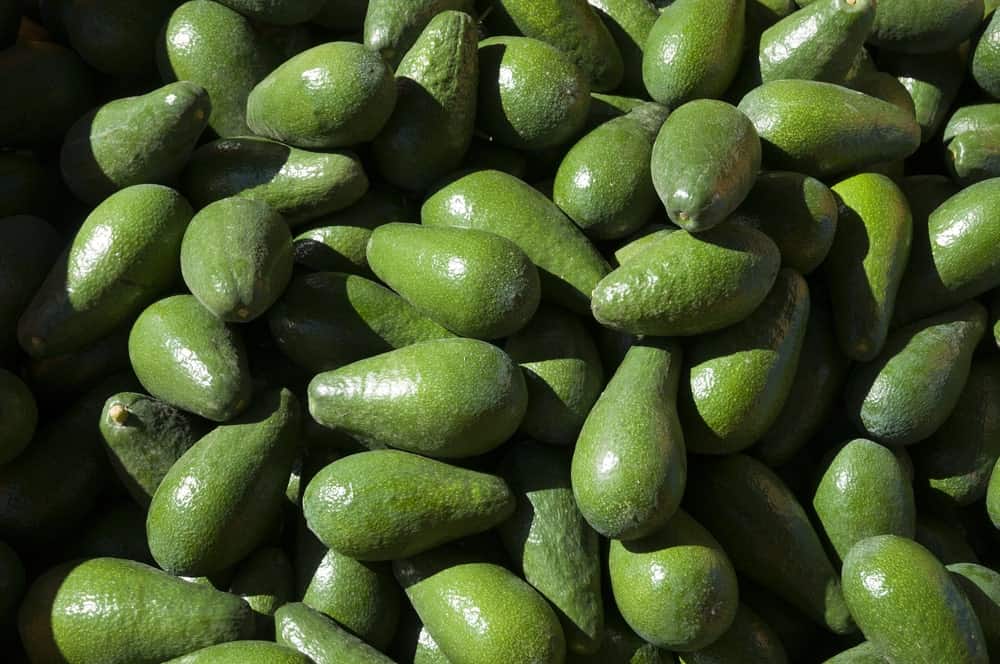 Ettinger avocados look very similar to pears with their bright-green color, and they grow mostly in Israel. They have thin, smooth skin that isn’t easily peeled, and they have a low oil content and a mild flavor. It also has a seed that is quite large. 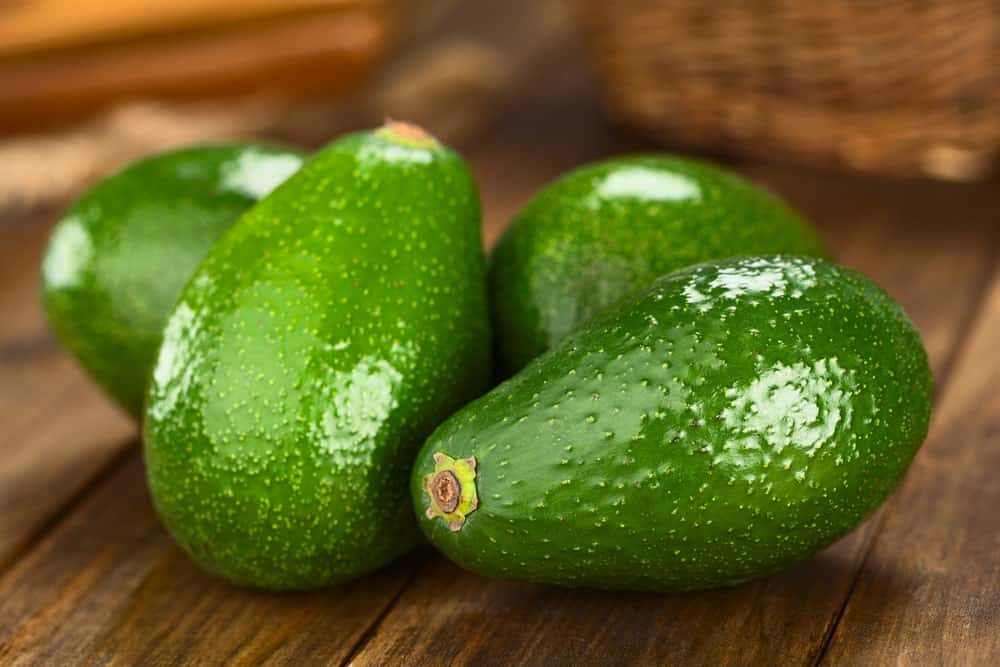 These green avocados have medium-thick skin that is leathery in nature, so it peels very easily. Its seed is relatively large and it has a flavor that is close to hazelnut. It is also thick and has a light oily texture.

These beautiful green avocados are medium-sized with rough green skin and flesh that is yellow-green in color. They have a great nutty flavor and a lot of oil in them. If they are harvested at the beginning of the season, the avocados are firm, but they soften up when it gets closer to the end of the season.

These avocados have a high-quality taste and look like a black Fuerte avocado. It matures from November through March and can handle temperatures as low as 28 degrees Fahrenheit. The flesh stays green even after you cut it. 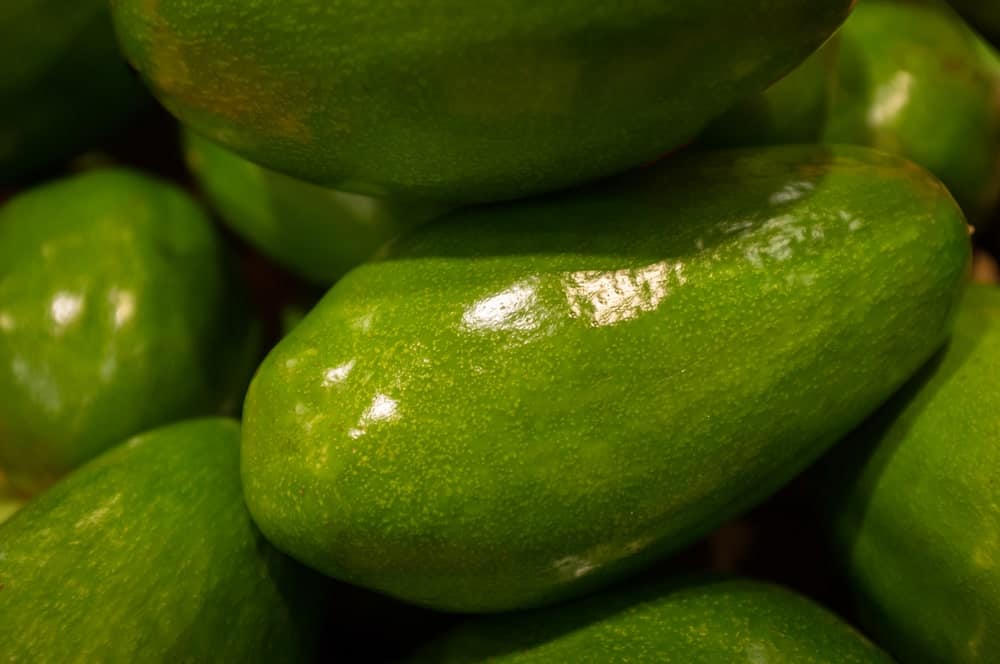 Zutano avocados have shiny, thin skin that can be difficult to peel. They have medium-sized seeds and a light-flavored, pale-green flesh. Its oil content is low but, it has a lot of water in it, and its flavor is mild, yet tasty.