Go way beyond the two primary types of artichokes (elongated and globe) and get to know its many other variants, its nutritional contents, and see images of the different types. 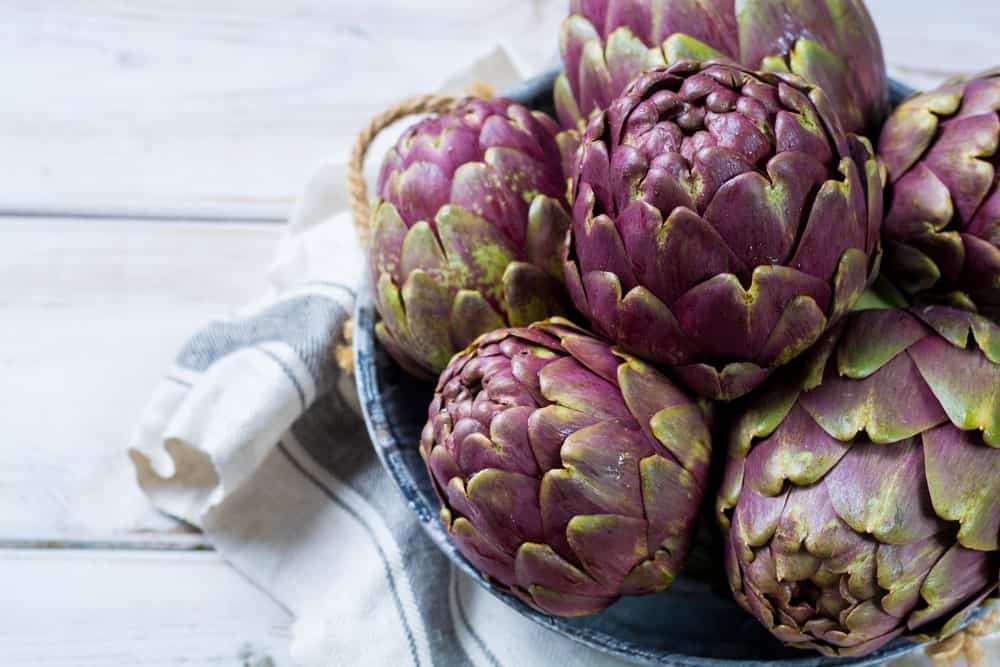 Artichoke is a variety of thistle and originated in the western and central Mediterranean. Homer and Hesiod mentioned it as a garden plant in the 8th century B.C. while the Saracens grew them in Granada and the Moors cultivated hem in North America during the Middle Ages.

European immigrants introduced artichoke to the US in the 1800s. It’s best grown in the mid-coastal region of California because of its cool, foggy climate. Today, California is responsible for 99 percent of the commercial crop. 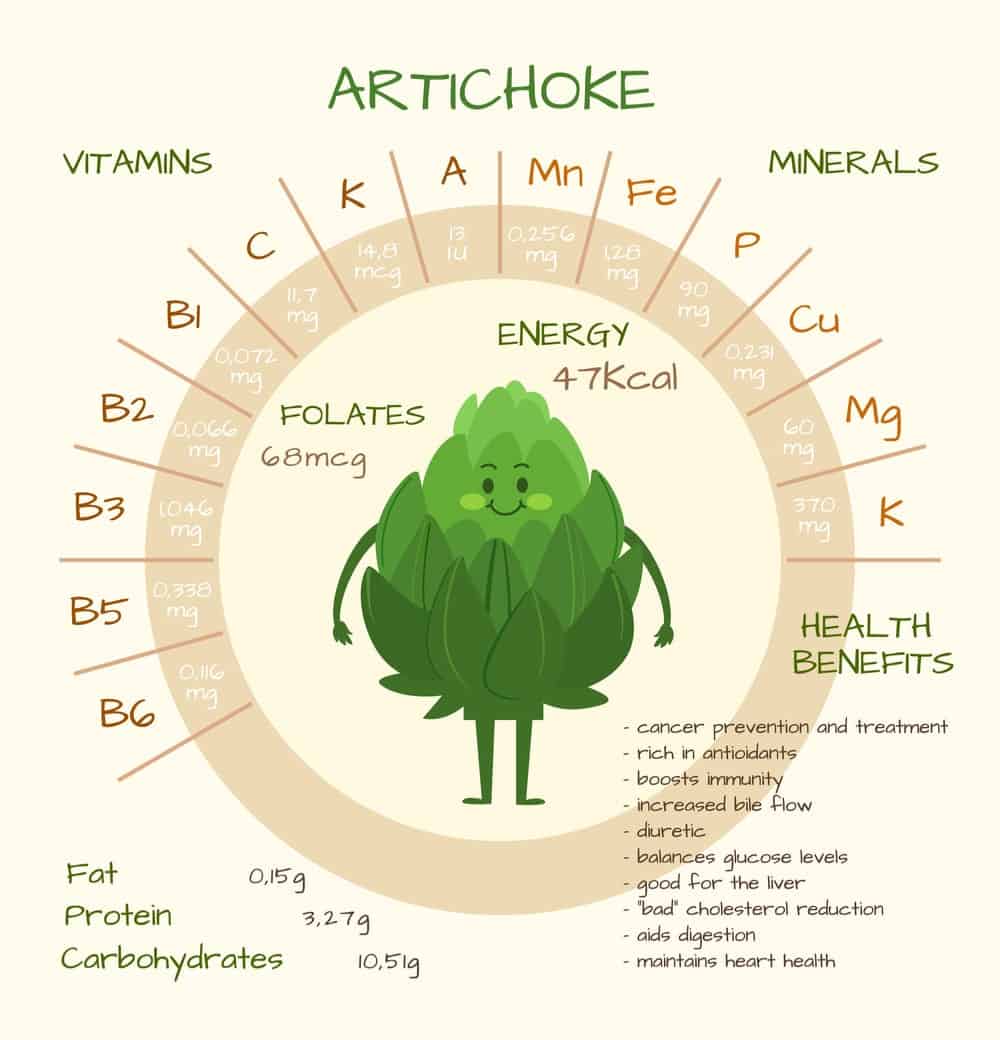 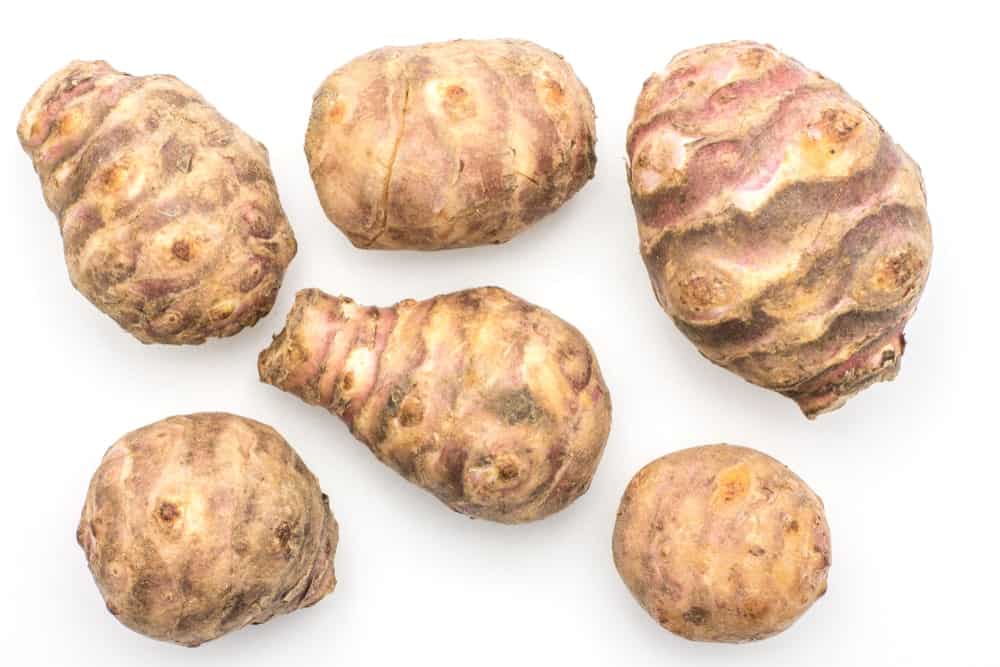 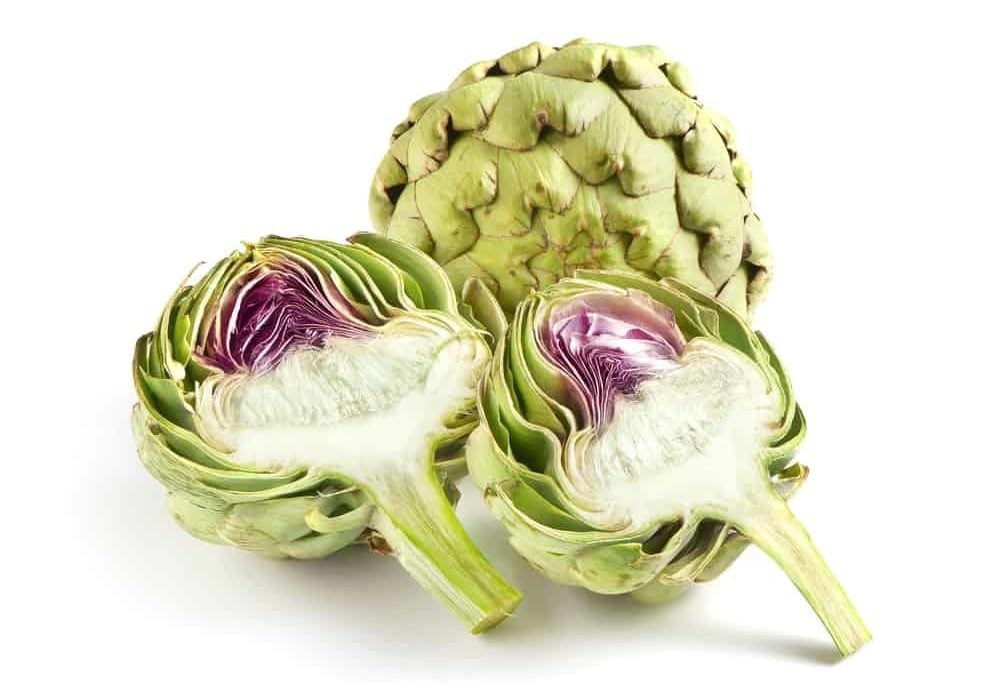 See also  What Goes with Chili?

If you’re buying a Globe artichoke, it is best to choose one that is packed tightly and has leaves of green or purple. If you press the bud lightly, the leaves should “squeak” a little, and they should always feel a little heavy for their size.

With a very oblong shape and wine-red color, the Siena artichoke is definitely an eye-catcher. It has hearts that are soft enough to be consumed raw, and it is one of the last artichokes to mature during the growing season. 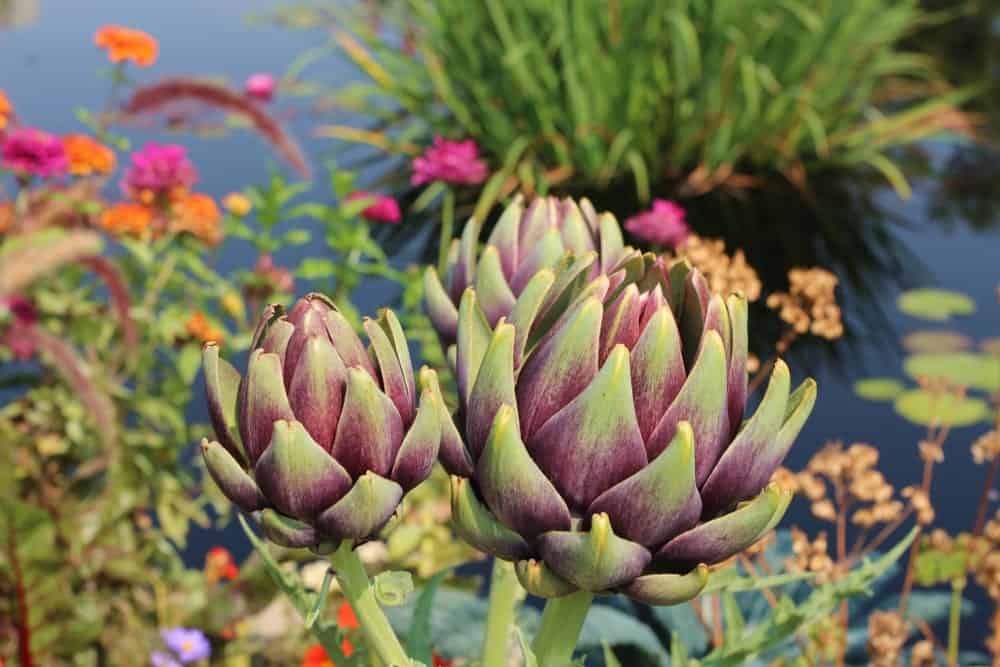 As its name implies, this type of artichoke is very small and red in color. In fact, they are usually no more than 1 inch in diameter, and they are thought to be the distant relative of the Romanesco artichoke.

With a large, fleshy base, the Big Heart artichoke gets its name due to its shape, and if you’re looking for the perfect artichoke to stuff, this is it.

With a nice round shape, this type of artichoke contains a lot of Vitamin B, calcium, potassium, and antioxidants, and you can prepare it by boiling or steaming it. It has also been known to lower both blood pressure and blood sugar, as well as help with various digestive problems. Purchase and consume it from May to October for the best-tasting results.

See also  How to Store Yellow Squash (Plus a Brief History)

True to its name, this type of artichoke has very unique-looking maroon leaves and is an Italian variety with a relationship to the Romanesco artichoke. 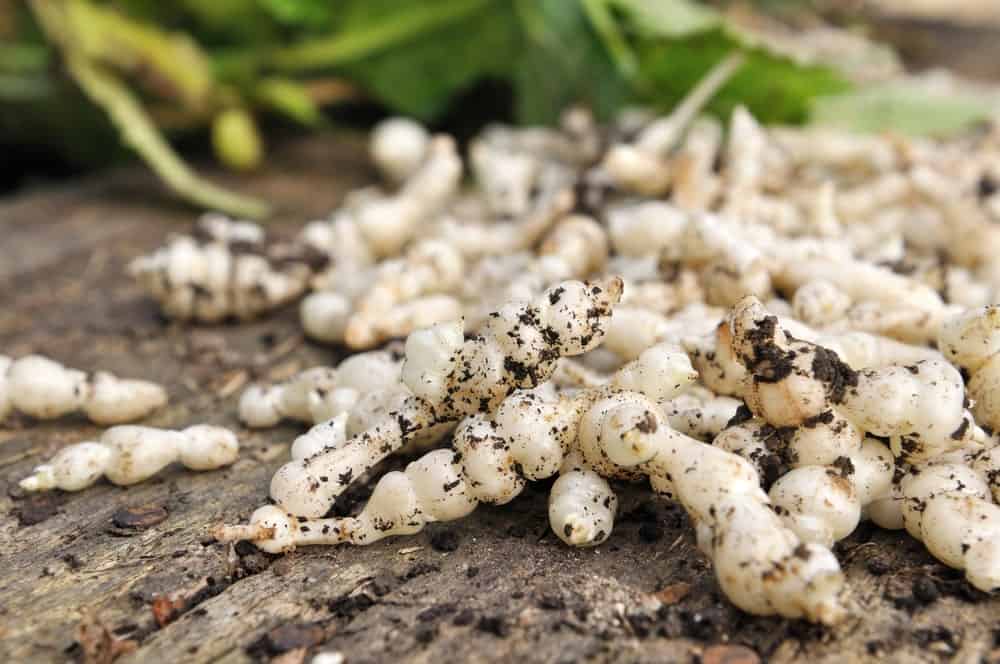 The Chinese artichoke is very sought-after throughout Europe, and it can be cooked almost any way, as well as eaten raw.

This type of artichoke has a great fruity flavor and a beautiful deep red color and its stem are very tender, which means it doesn’t take long to steam or cook it and start eating. 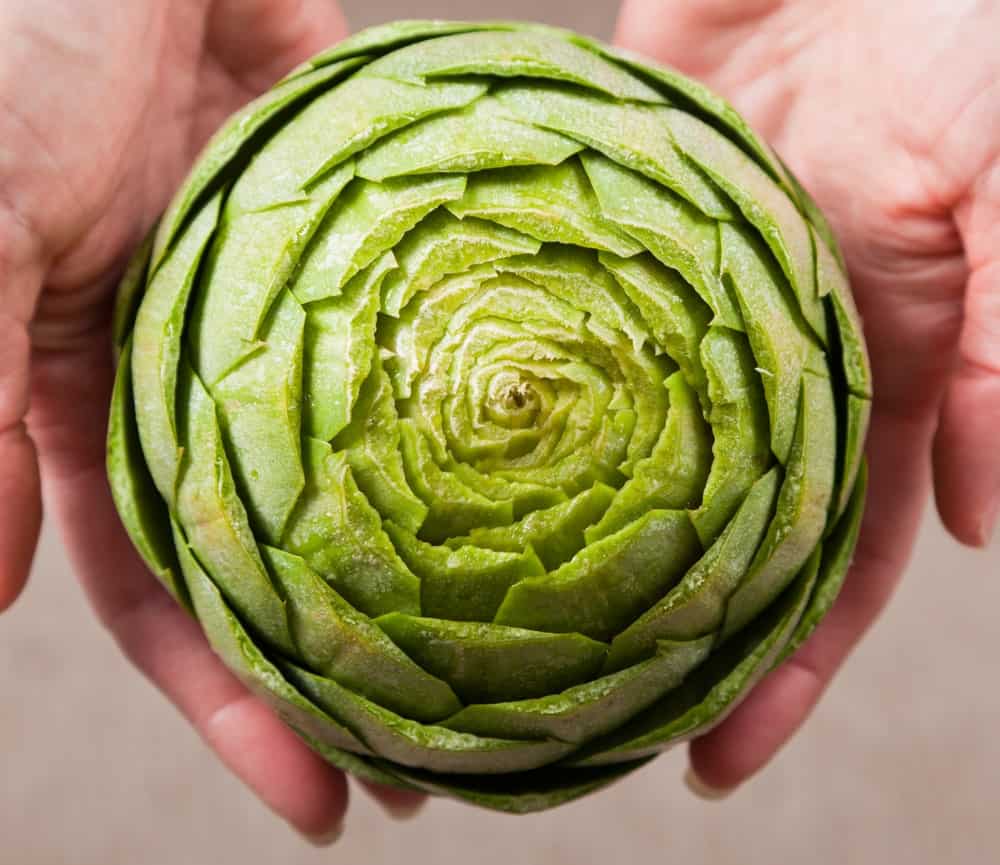 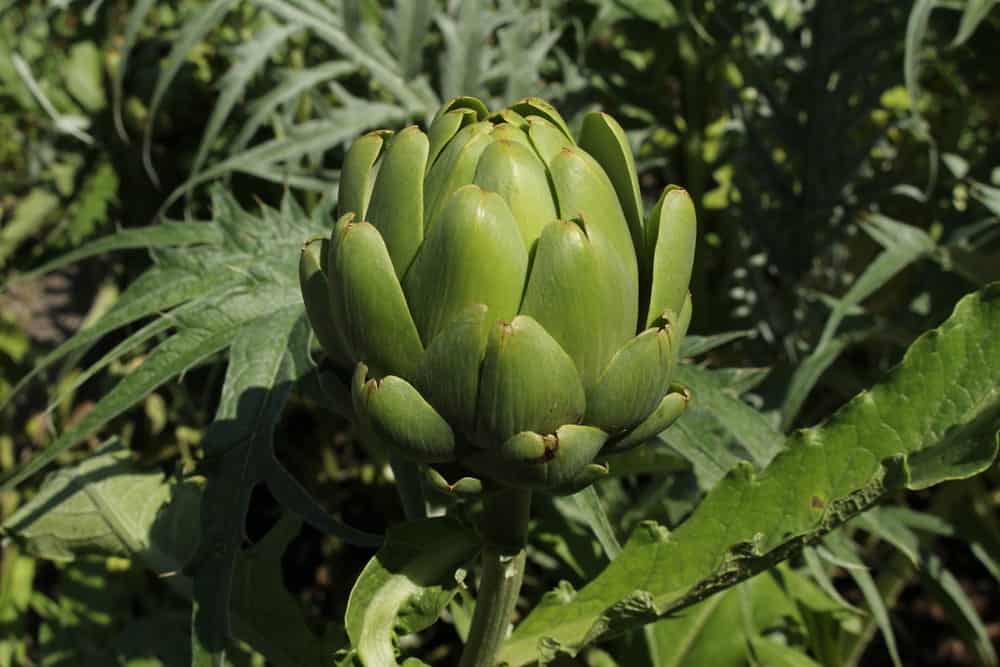 Imperial Star artichokes are ready to be harvested in 85 days and are mostly bred for annual production the first year when the seeds are planted. If you live in zones 1-6, you’ll have the best luck with this type of artichoke. The plants themselves get up to 4 feet wide and tall, and they usually produce 6-8 mature buds that are each 4 inches in diameter. 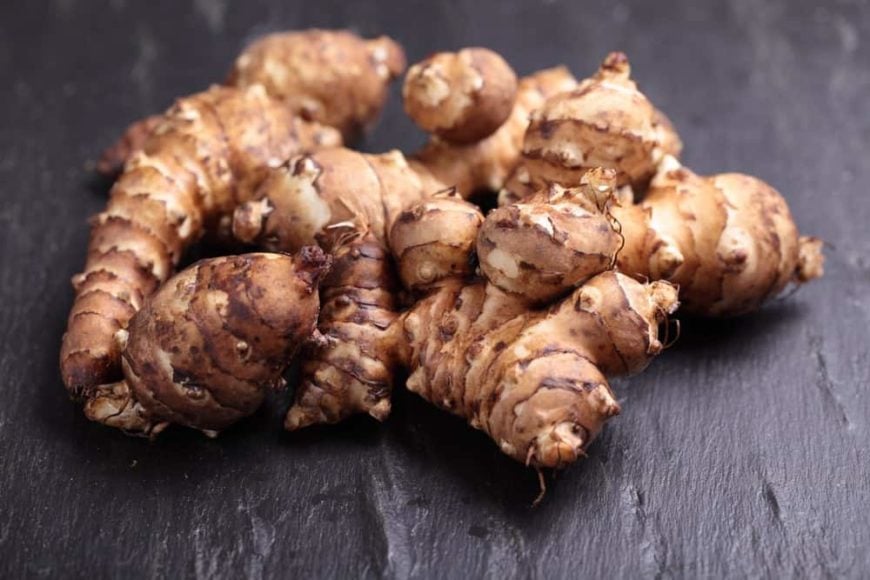 Jerusalem artichokes are generally knobby in appearance and are considered to be one of the earliest forms of tuber-like vegetables. They can also be called earth apples, sunroots, or sunchokes.

Just as its name implies, this is a huge type of artichoke that often weighs more than one pound. The leaves are green at the tips and they are very vivid in color, making for both an attractive and tasty option for those who love artichokes.

Mercury artichokes are unique in that their tops are very round, and it has reddish-purple tinges throughout the vegetable. If you compare this type of artichoke to others, the Mercury is always a bit sweeter in taste.

Omaha artichokes are dense and fat, and they have leaves that are red and green in color. Their taste is also a bit different than many other types of artichokes because it is not quite as bitter, making it very tasty indeed. 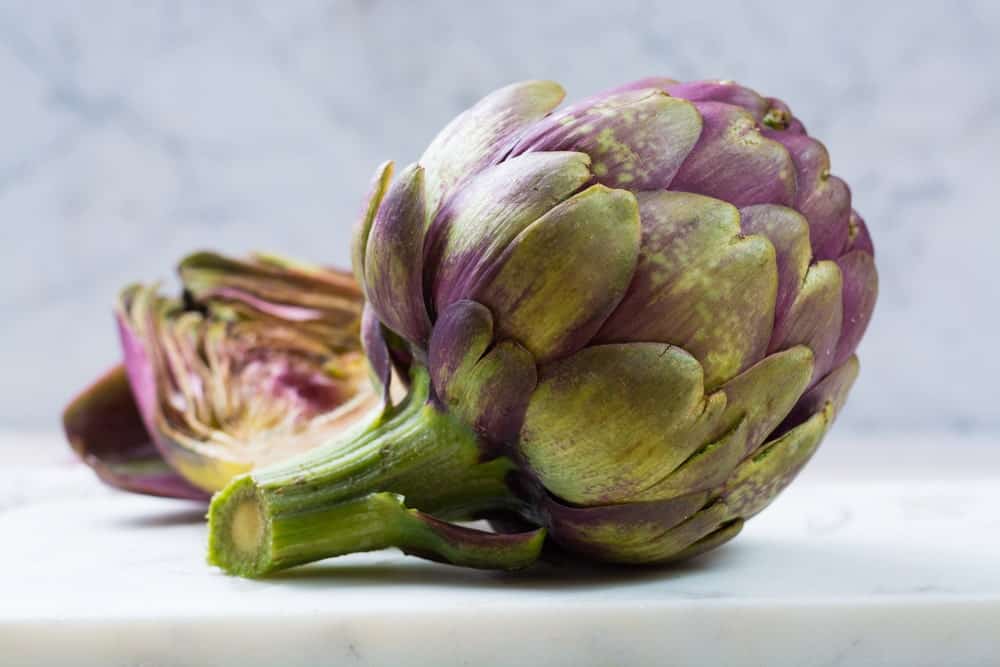 Tempo artichokes are a hybrid type of artichoke that works best for gardeners who live in zones 1-6. The bracts on the artichokes have a purple tinge to them, and they produce 3-4 main buds that are each 5 inches in diameter. This is usually followed by up to 15 secondary buds that are up to 3 inches in size.