Get to know the different types of Angelica flowers and how these angelic flowering and edible herbaceous plants have been celebrated for centuries because of its healing properties. 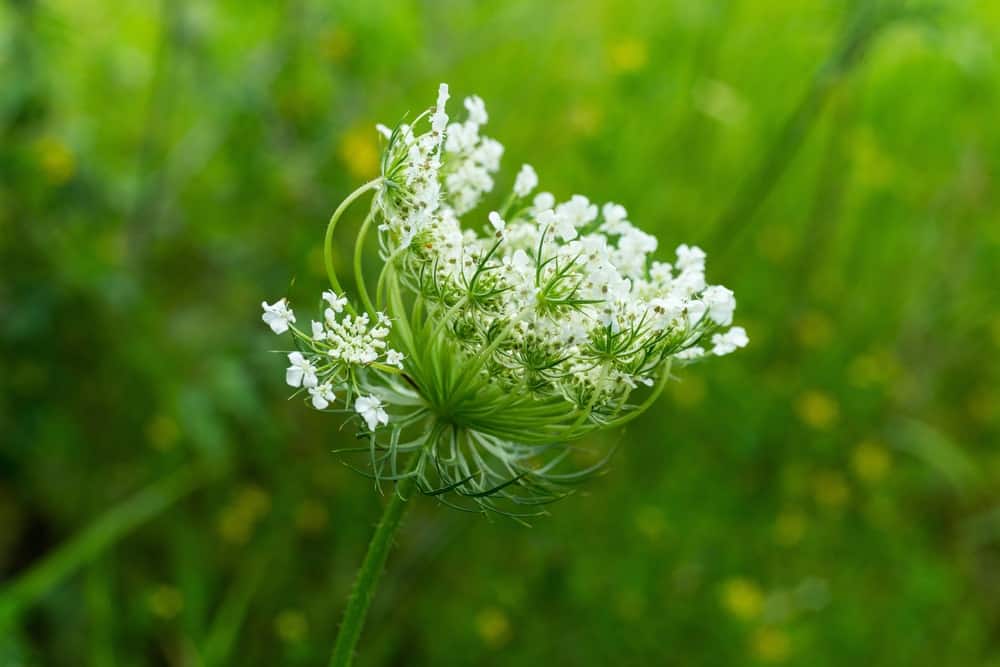 Angelica has been a widely used and celebrated herb for hundreds of years. It is thought to have originated in Syria, spreading to many European countries that were able to harbor it, since it requires a cool climate to thrive. Now, the plant has been naturalized in Lapland and the Alps with over 60 species.

The biennial or perennial herbs that come from genus ‘Angelica’ are named such because of their historical connection with angels. Legend has it that an angel appeared in a monk’s dream, revealing to him that the herb will be able to cure the plague. Since then, the name has persevered over many centuries. Some claim that the monk in question was 14th-century physician Mattheus Sylvaticus. Because of its connection with religious tradition, it has also been nicknamed the ‘Root of the Holy Ghost.’

An interesting fact about the plant is that it is entirely edible; from its root to its leaves and flowers, the entire herb can be used in the kitchen. Fresh leaves can be used for salads, the seeds are used to flavor beverages and candies, while the oil extracted from the seeds or root is ideal as an essential oil. All of these unique characteristics and more make the Angelica herb fascinating to learn about.

The flowers of the herb are mostly white but often yellowish or green in color. They are small and numerous, appearing in large round bunches at the end of stems. The bunches, or umbels, can also sometimes merge with other umbels to create compound ones. The plant itself grows to be about 3-9 feet in length with wide bipinnate leaves.

The fruits are small and dry schizocarps that split into two seed-containing segments, which is a characteristic trait of the plant family Apiaceae.

Each year, the plant crumbles to the ground after flowering and bearing fruit, only to revive and grow anew the following spring.

Source: Plants of the World 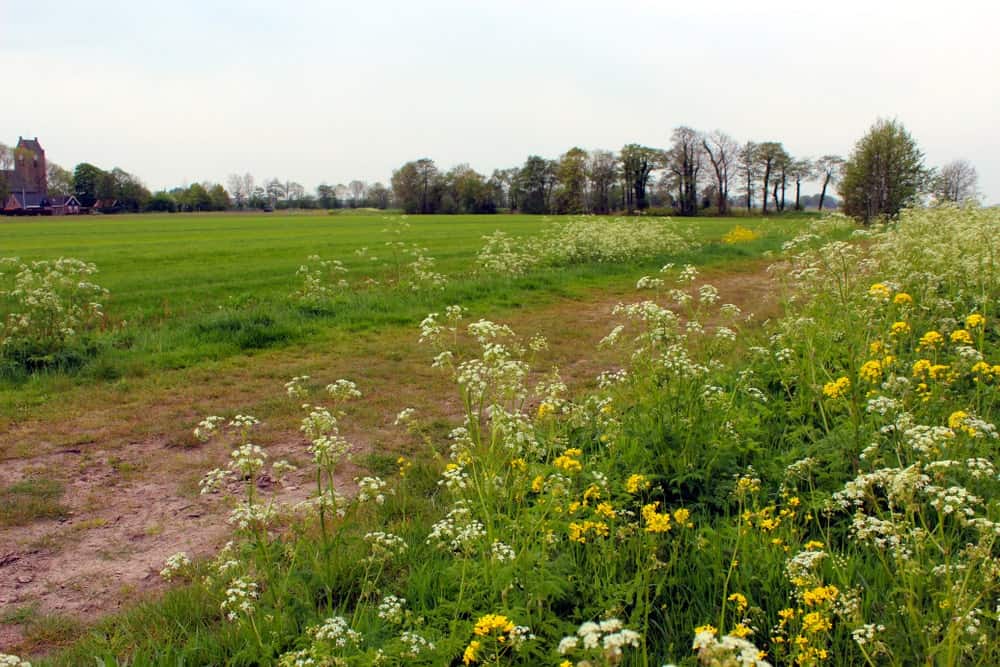 Besides its close connection with myth and folklore, Angelica has also been considered a magical herb because of its ability to cure a myriad of diseases. The celebrated alchemist Paracelsus, who lived during the plague, referred to Angelica as a ‘marvelous medicine’ to treat the terrible infectious disease.

Besides medicine, the herb is also popular as a candied dessert or sweetmeat. The Danish were the first to produce and market Angelica as a sweet. The delicacy had spread to England by the early 17th century, where they used the roots and stem to create a sweet treat. It was popular for being helpful in digestion as well as for its taste.

Angelica has been used in medicine for the treatment of a wide range of ailments, such as chronic bronchitis, typhus, reproductive health problems, flatulence, and joint pain amongst many others. The Chinese, in particular, have been using the plant in traditional medicine for over 4,000 years! 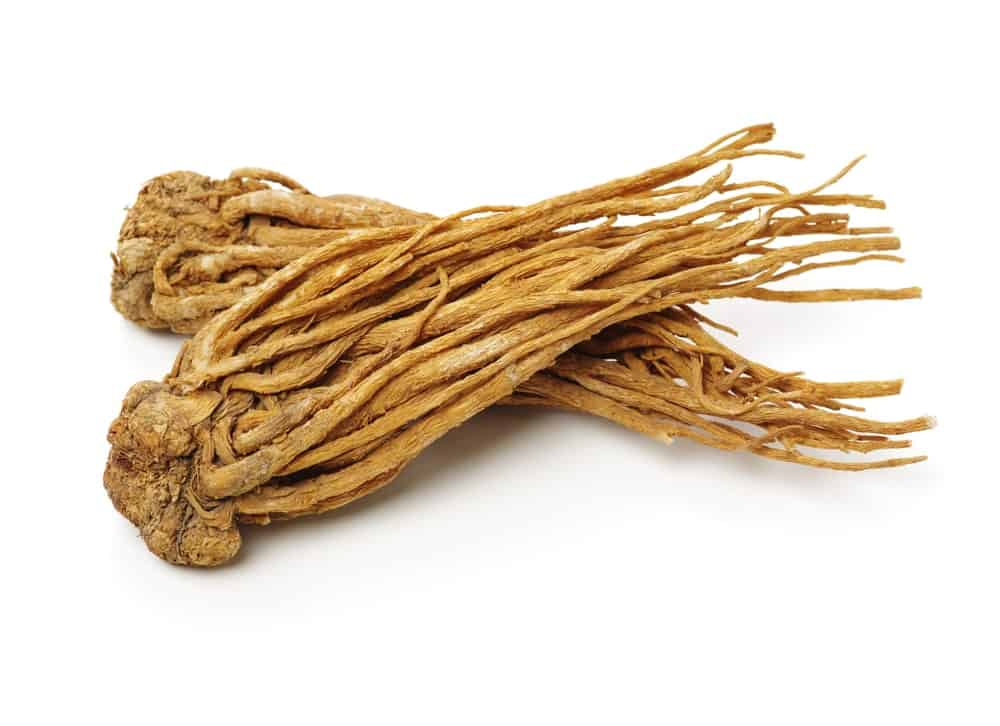 Residents of Lapland, where Angelica grows in abundance, mainly use the plant in medicine but also make flavorful cake decorations and sometimes to add flavor to alcoholic drinks. A particular species called the ‘Seacoast’ Angelica is consumed as a wild variation of celery. In Iceland, it is popularly considered a vegetable.

The leaves and shoots of ‘ashitaba’ are eaten as tempura in Japan, particularly in spring. Soft leaves of the herb are similar in texture to spinach and can be boiled or added to various cuisines. They are also sometimes used as a garnish. The seeds of the herb are bitter in taste but quite aromatic, and for this reason, they can easily be used as seasoning.

See also  How to Tell if Your Strawberry Plants are Overwatered

The plant is a rich source of vitamin C and potassium, and also contains coumarins that have antifungal and antibacterial properties. It is also a blood thinner and therefore is an especially useful anticoagulant.

The plant is utilized in various other ways, some of them quite interesting to learn. In Lapland, the Sami people use the stem of the plant to make a local musical instrument called fadno, a flute. Several first nations in North America used the dawsoni species in their cultural rituals.

Missouri tribes used to smoke the leaves of the plant after drying them since they believed it to be a cure for colds and respiratory infections. Although this may seem counterintuitive, the plant has been long known for its medicinal properties and has been an important tool in traditional Chinese medicine by the name bai zhi.

There are about 60 different species in the genus ‘Angelica.’ While some of them correspond with the general description in varying degrees, some are quite different and versatile. Here are a few species to remember.

Also known by its scientific name Angelica adzharica, this species is closely related to carrots. It is native to the Adjara region in Georgia, where it gets its name. It is found widely in meadows and communities of tall herbs where elevation is above 700 meters.

The IUCN Red List classifies it as a threatened species because of its abundance being depleted by overgrazing and haymaking. 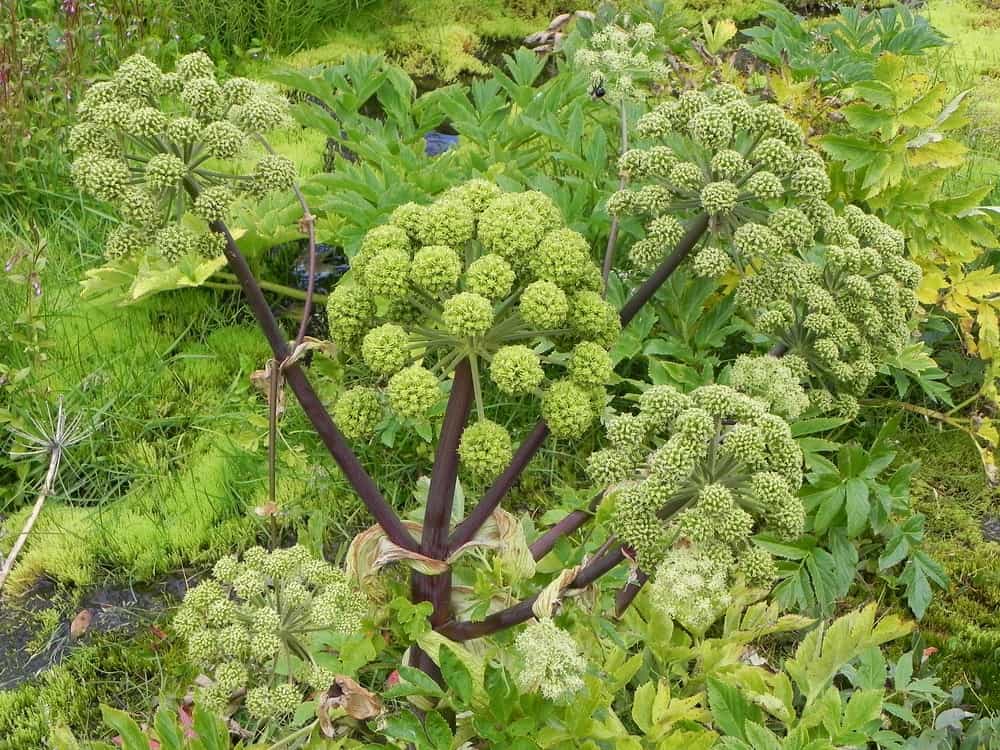 Also commonly known as garden Angelica or wild celery, this particular species is cultivated for its sweet smelling stems and roots. The appearance is quite similar to some poisonous varieties of conium and heracleum, and so it should not be consumed without proper professional identification.

The flowers are small but many and grouped together in roundish umbels. They can be either yellow or green in color. The plant only grows leaves in its first year, flowering in the month of July in its second year. This species grows in the wild in Russia, Sweden, Finland, Iceland, and parts of other northern countries.

This particular variety is often considered the most superior out of all others because of its numerous uses in medicine, culinary arts, flavoring of gins and other alcohols, and even in perfumes. Even the essential oil extracted from the roots is extremely useful, the benefits amplifying with the age of the plant. The aroma is unique amongst its other family members.

This species grows in coniferous forests from parts of British Columbia to Utah. The flowers are yellowish, numerous, small, bisexual and occur in globular bunches like other species of the genus. The fruits from Angelica arguta are edible, with two one-seeded halves that remain attached until they dry. 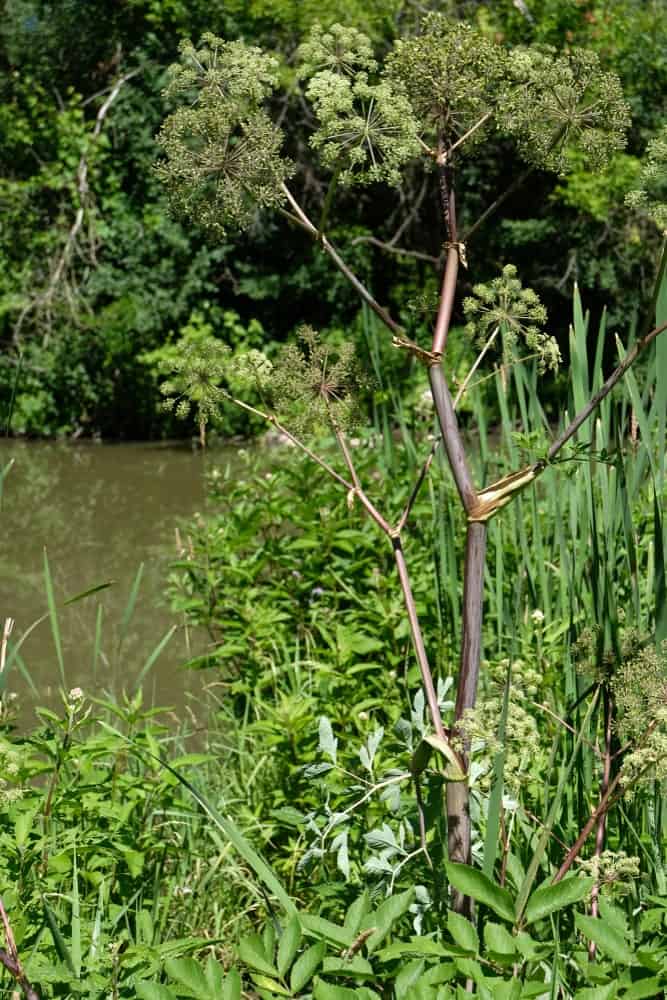 Also known as the American Angelica, the great or high Angelica and primarywort, the strong scented species can reach a height of about 4-6 feet. The stem is a smooth dark purple, hollow, and about 2 cm in diameter. The plant is usually found in moist and swampy woodlands in North American and Canadian regions.

See also  What is a Bristlecone Pine Tree?

The root is quite aromatic and is therefore used in purification rituals in some Native American cultures. It is also burned during a shaman healing ceremony in California.

Its medicinal uses have long been known since it was used by Creeks for curing backaches, calming panic attacks or hysterics, and in treating stomach disorders. The Europeans believed that the plant could cure alcoholism.

This species is commonly found in the mountain ranges of California and Nevada, usually in coniferous forests of these regions at an elevation above 1000 meters. The flowers are bunched together and small just like others from the same genus, with the addition of hair-like protrusions from the flowers.

The stem grows to about 1-2 meters high, and the fruit is a compound of two sections that contain one seed each. 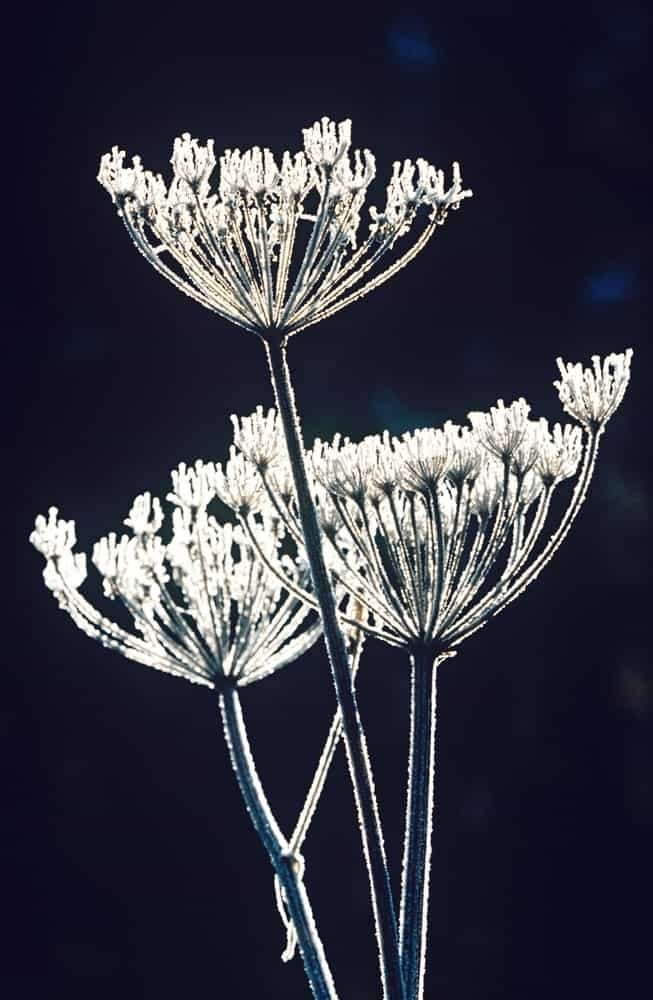 This species is relatively rarer as compared to others. It grows near forest streams in Sierra Nevada, where it is a naturally occurring plant.

The leaves are toothed and dissected, growing as long as 13 centimeters in length. The inflorescence is similar to other species in its globular shape. 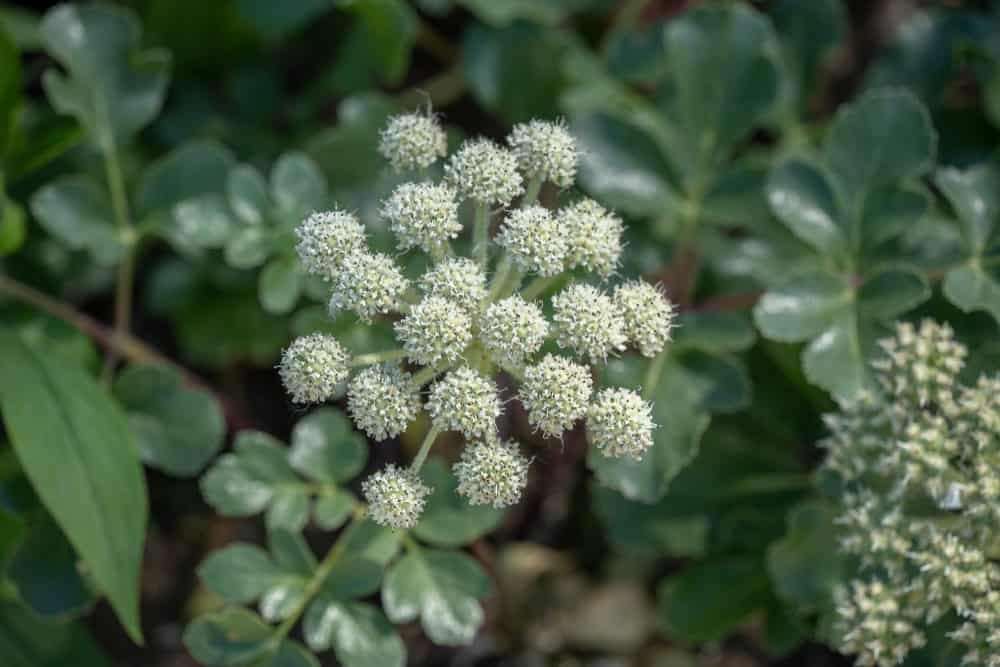 Bai Zhi is the Chinese name for the Dahurian Angelica plant found in Siberia, Russia, Mongolia, China, Korea, and Japan. It grows near riverbanks and amongst dry rocks, about 1-2 meters tall. The more common name for the herb is Bai Zhi because of its immense contribution in Chinese herbal medicine which is still popular in many parts of the world.

See also  Nature's Insecticide: How to Attract Toads to Your Home and Garden!

The root, in particular, contains furanocoumarins and angelicotoxins, which play an important role in contributing to the healing properties of the herb. The roots can be cultivated about twice a year. In the 12th century, a famous physician in the Chinese military believed that Bai Zhi could rid the body of mysterious evil forces or more believable ailments such as heat, aches, respiratory problems, and anxiety.

The stem of the plant is used in many local dishes, and also as a decoration on cakes and desserts. Some of its ingredients also contribute to cosmetic products. 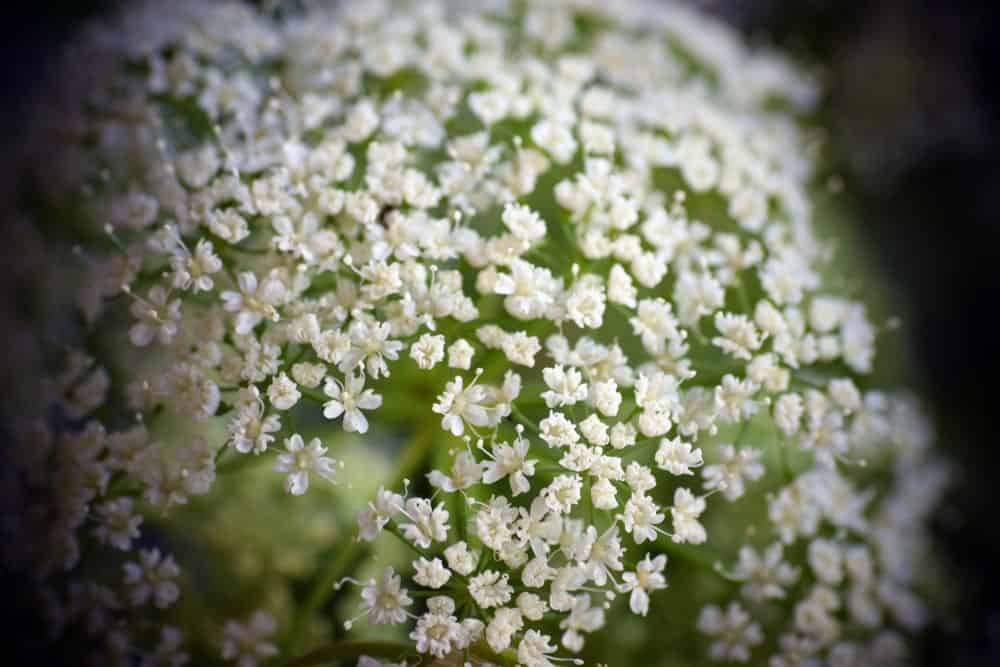 The kneeling Angelica can be found in northwestern North America, between Alaska and California. Like many other species from the genus Angelica, the genuflexa grows in moist places within coniferous forests up to 2 meters in height.

The flowering pattern consists of compound umbels of tens of rays of small flower clusters. 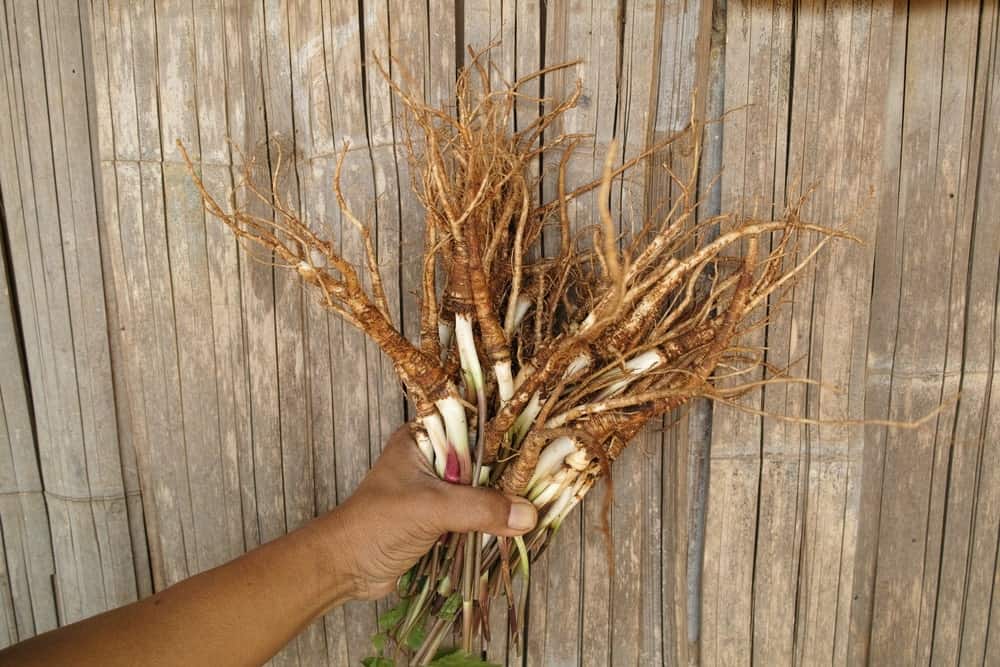 Dong Quai is another variety of Chinese Angelica, widely used in Chinese medicine. It has a compound taste having sweet, acrid, and bitter elements. Its uses are mainly focused on female reproductive health, including the regulation of the menstrual cycle, cramps, and even infertility.

The plant is the most widely used medication in the west because of its effective results. Because of its ‘warming’ effects, it is also a great dietary supplement for people with digestive issues. 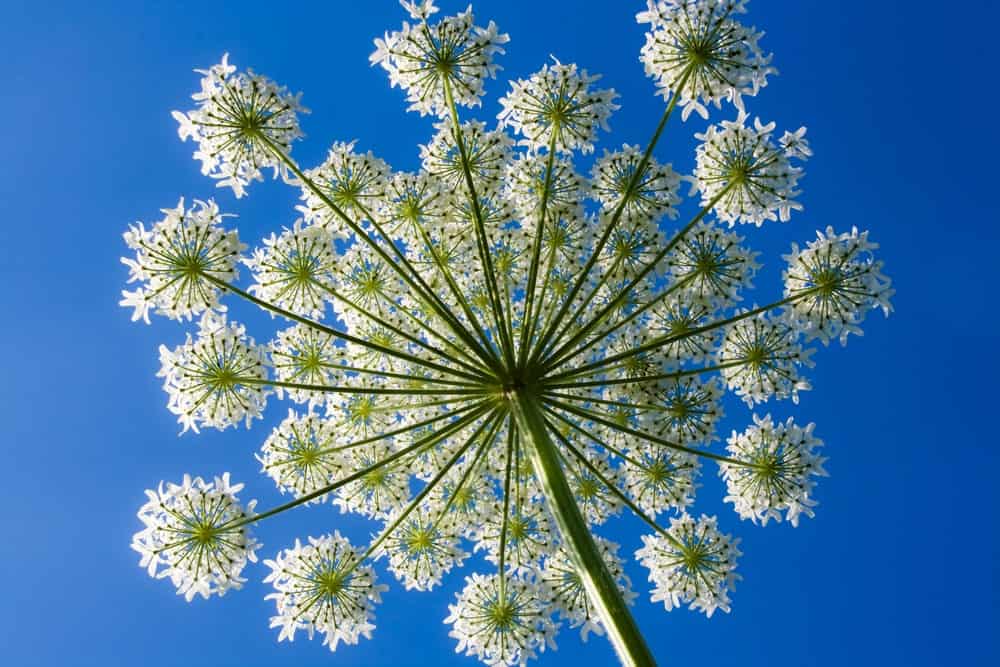 The Angelica lineariloba is native to Sierra Nevada where it grows in nearby slopes and flat areas. Its common name derives from its near poisonous toxicity when freshly picked. This species of the herb is taprooted and perennial with a tall, hollow stem. 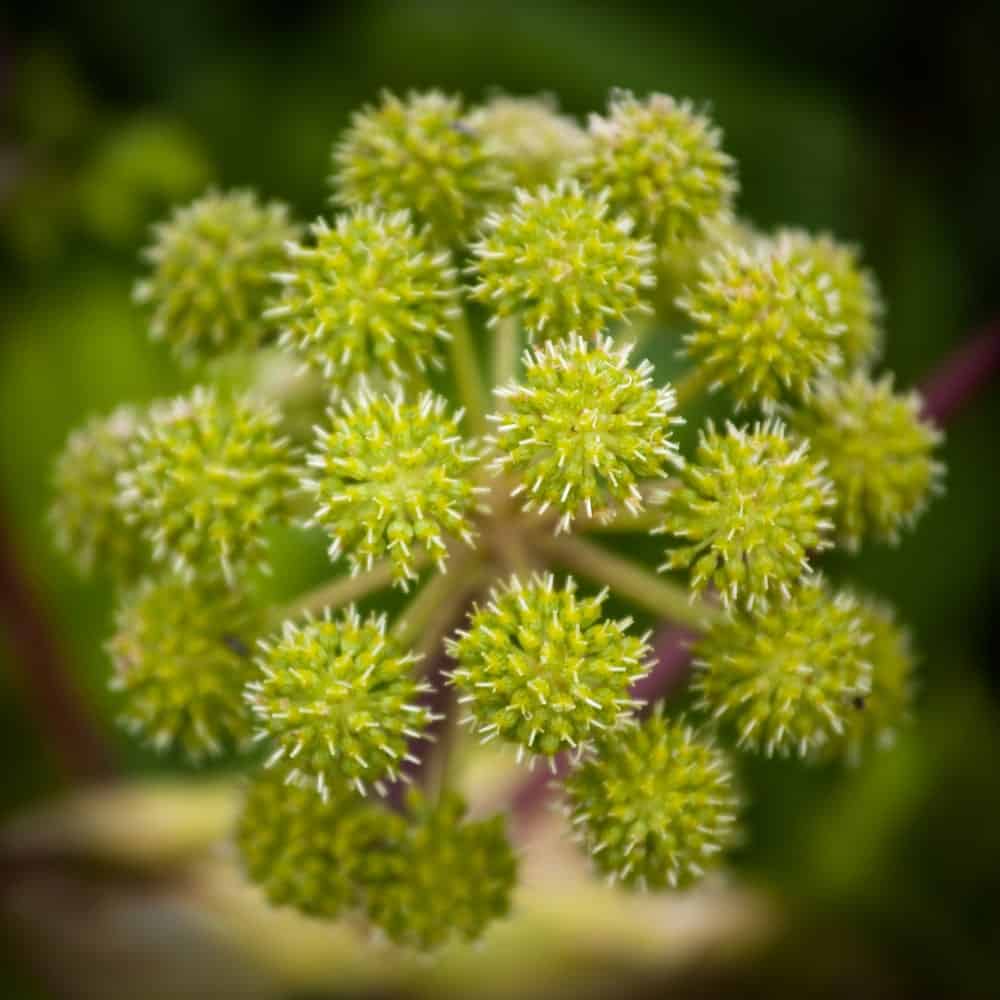 As the name suggests, this species is commonly found along shorelines but has also been discovered as far north as Alaska. The plant has thick stems growing up to 1.4 meters tall. It is usually found at most beaches at lower elevations. It is visibly similar to other plants in the carrot family, and is a rich source of nutritious food for indigenous people on the coast who have named it the ‘wild celery.’

Source: Biodiversity of the Central Coast 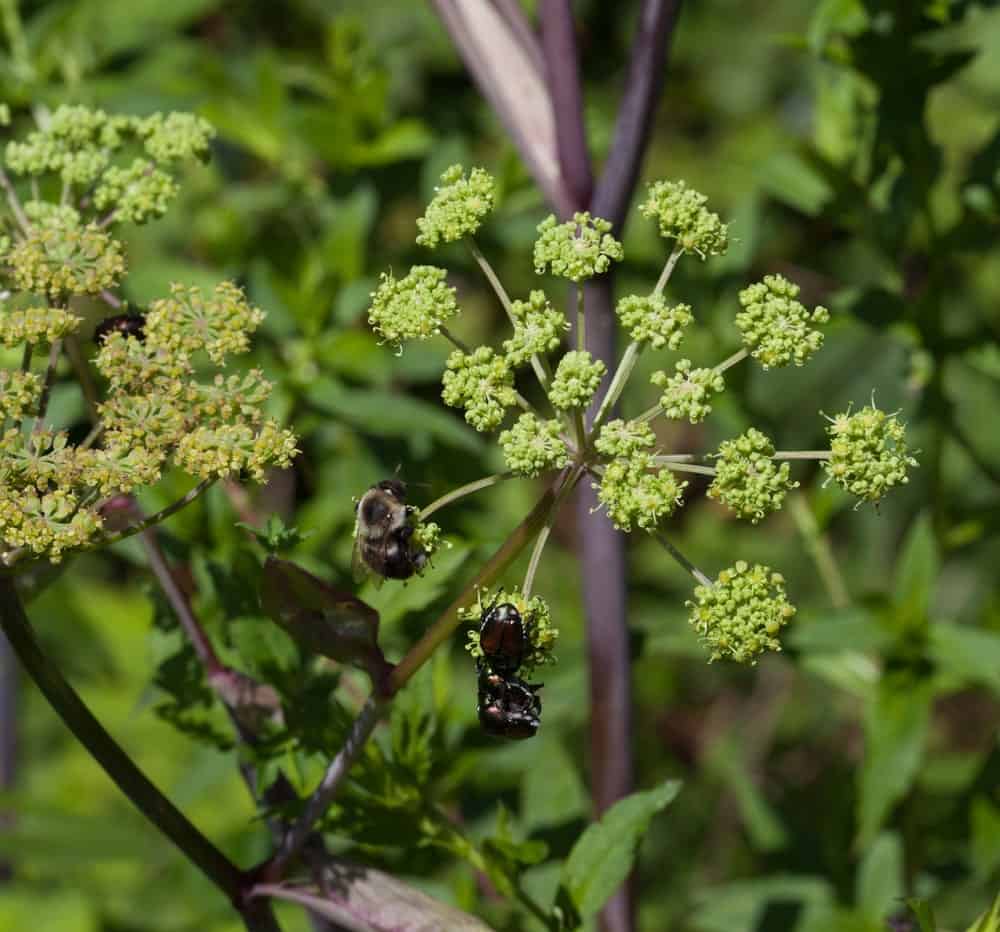 Also known as the filmy Angelica plant, this species is found in the eastern United States on the Appalachian Mountain range. The Angelica triquinata has about 13-25 umbellets in each umbel, and the leaves have ciliate margins. There are indications that this particular species is poisonous, such as the intoxicated behavior of insects after extracting nectar.

The stem of older mountain Angelica plants is often red in color and smooth to touch. It can grow up to 5 or 6 feet tall at over 6,000 feet of elevation.

The flowers of the Angelica are aesthetically pleasing, and so, they are common in various ornamental usages including culinary decoration and beautification of gardens. Even though its medicinal applications are numerous and diverse, it should be kept in mind that the identification of plants and measurement of intake are best left to professionals.