Twice baked potatoes are a side dish that may prove itself to be just a popular as the main dish at your next cookout. Combining the flavors and textures of fluffy potatoes with creamy dairy products, meat toppings, and savory ingredients, everyone will want to try a twice baked potato. 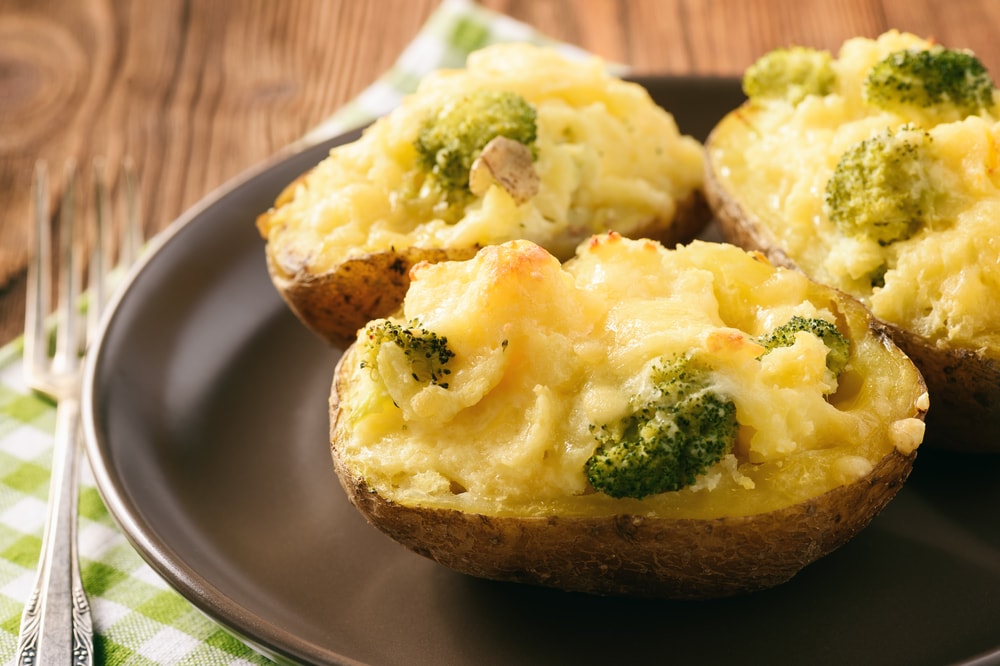 Most people come to a cookout for hamburgers, steak, grilled chicken–you know–things that are cooked on the grill. Often the side dishes are just an afterthought. Some consider the sides to just be filler or an accompaniment to the meat. If you want a side dish that is just as popular as the meat, we have just the recipe for you. 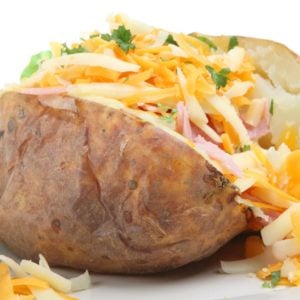 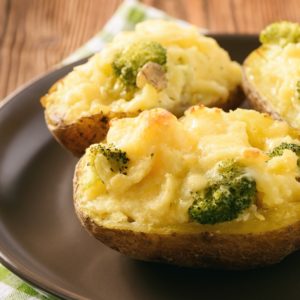 April Freeman
This recipe for twice baked potatoes is a favorite for family cookouts. Even though it is not cooked on the grill, don’t be surprised if the entire pan is cleaned out the first time your guests go through the line. This recipe combines everyone’s favorite taste sensations: fluffy baked potatoes, smooth sour cream, buttery richness, melted cheesiness, and the savory flavors of bacon, chives, and other toppings.
Print Recipe Pin Recipe Add to Collection Go to Collections
Prep Time 2 hrs
Baking Time 30 mins
Total Time 2 hrs 30 mins
Cuisine American
Servings 6 Servings

In addition to being a favorite in the flavor department, twice-baked potatoes are popular with cooks too because they can be made up to two days before your cookout. Instead of scrambling at the last minute to assemble favorite side dishes, these potatoes can be made ahead of time, stored in the pan in the fridge covered with foil, and then popped right from the fridge into the oven the day of the cookout. If you choose to make them ahead of time, you won’t have to worry about washing piles of dirty dishes from your prep work, and you can use the last few minutes before your guests arrive to relax and make everything in your home just perfect for them. One thing that is great about twice-baked potatoes is that you can customize this recipe to reflect your own personal taste. Or you can create several versions of the same recipe so that each of your guests can have the potatoes the way that they like best. You can top the potatoes with different varieties of cheese, ham, bacon, chives, and even mushrooms. Don’t forget to make a basic version for the kids or any adults who have food sensitivities or dietary preferences. Another great thing about this recipe is that it is easily scaled up or down to suit the size of the crowd that you expect. This recipe uses eight potatoes, but only makes six servings. This ensures that the potatoes shells are overflowing with goodness. If you need to serve a larger crowd, simply double or even triple the recipe.
Keyword Recipe, Side Dish, Twice-Baked Potatoes