Explore these 14 towns with similar breathtaking and scenic views as Evergreen, Colorado. Check it out! 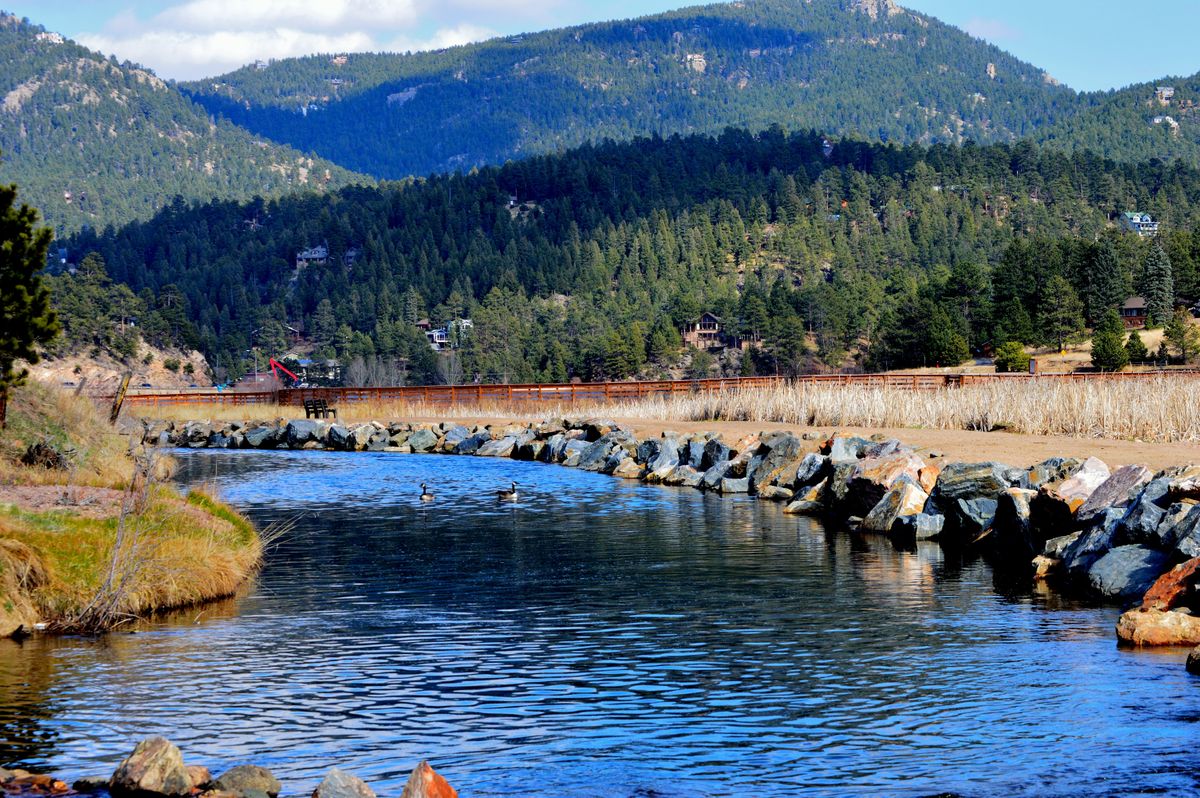 Evergreen, Colorado is one of the most scenic towns in the Centennial State, which, considering that it sometimes feels like every town in Colorado is as pretty as the next, is saying a lot. Being surrounded by mountains and hills provides visitors with all the skiing and golfing that you would expect from a cozy Colorado mountain town that you would expect, and even though Evergreen’s population is just under 10 thousand, its proximity to Denver makes urban excitement an option.

And, if you don’t mind commutes, this scenic hamlet could be your new home after getting that new job in Denver.

This town’s incredibly snowy winters, higher than average sunny day count, and scenic beauty make it every outdoorsman and mountaineer’s dream. But, there are plenty of other towns across the country that offer a similar feel as Evergreen. Whether you’re looking for a new getaway or a new home, here is our list of other locations to consider if Evergreen is on your mind. 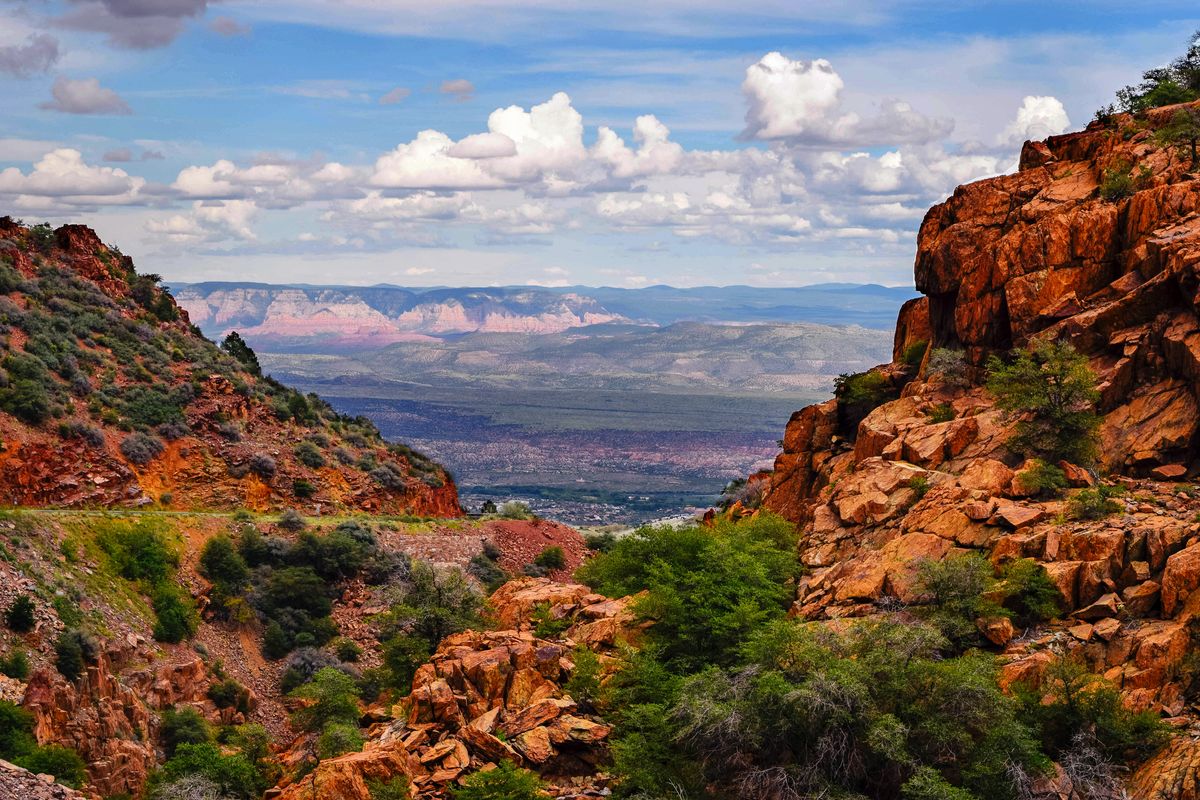 The first city on this list is also the largest city on this list. Prescott, Arizona, with a population of nearly 43 thousand people, offers much of the same scenery as Evergreen that you would expect for a town in the American West. However, its larger size gives residents a little more variety.

Because of Prescott’s weather and relaxing vibe, Prescott is home to many year-long residents as well as travelers making their journey out west. If making this town your new home is appealing to you, you should know that the median household income is around $56,000 and the median property value is slightly above $347,000. 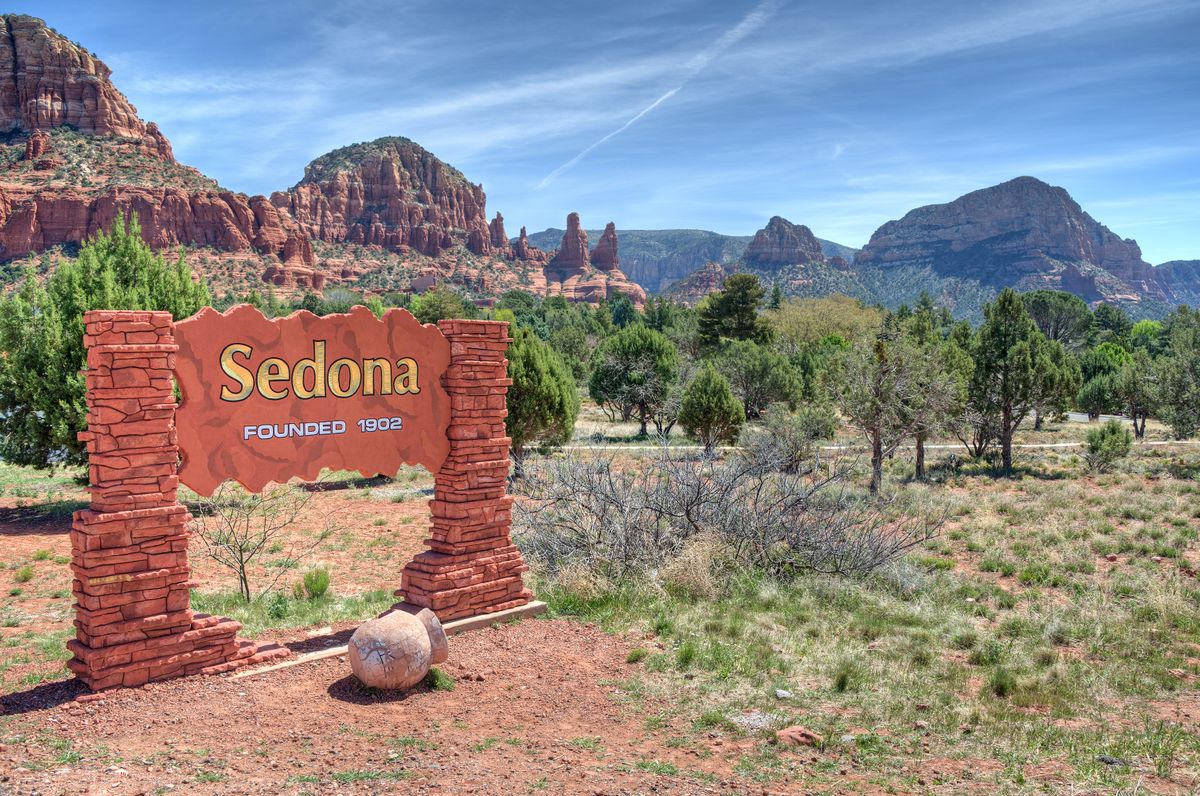 With a population of roughly 10,000 people, Sedona is much closer in size to Evergreen than Prescott is, but with its hot, desert climate, it almost couldn’t feel any more different. Nonetheless, with its laid-back atmosphere and no shortage of outdoor activities, Sedona and Evergreen offer their residents very similar lifestyles.

If a $500,000 property value is within your budget, and if you can meet Sedona’s median income of $61,000, then this seductive, soothing desert town may just be your next home. 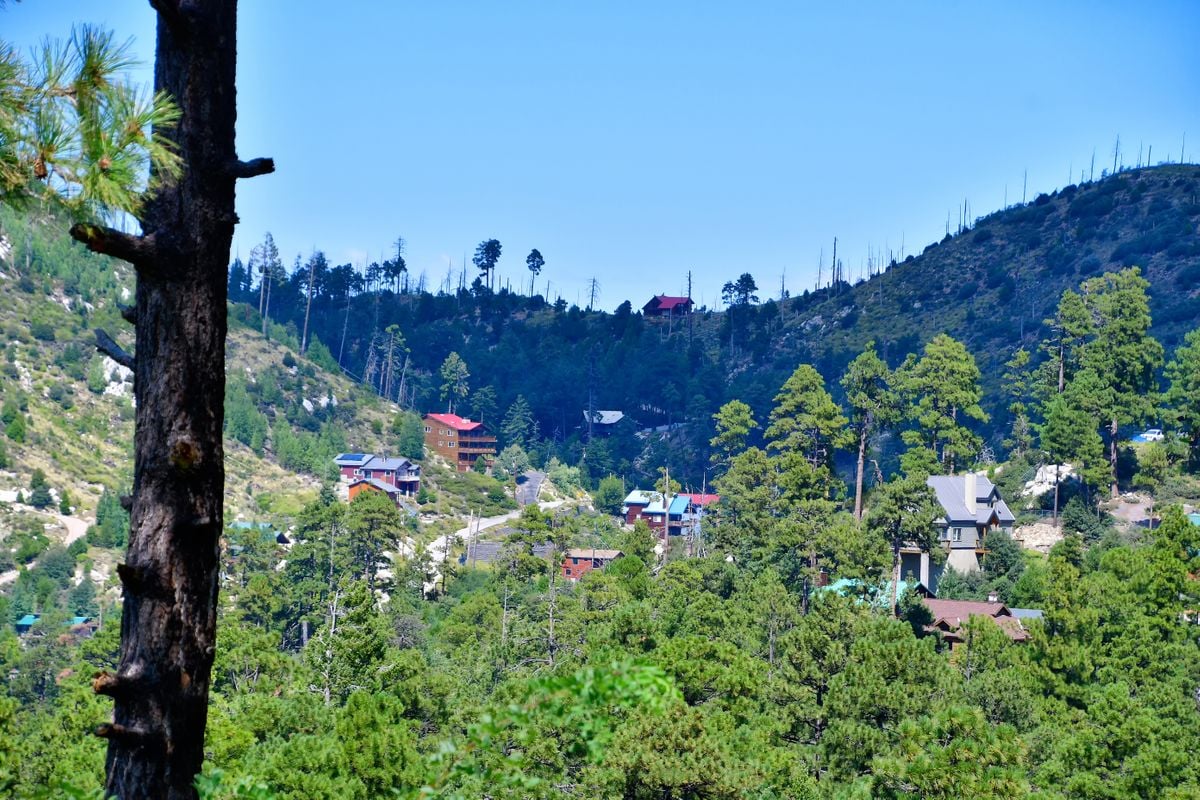 Summerhaven is exactly what it sounds like. When the summer heat in Tucson, Arizona gets too unbearable (it can climb well into the 100’s, you know), many of its residents seek this spot out as their haven. Uncreative names aside, one step into this mountain retreat will make it clear why so many people flock there.

This town doesn’t have much in terms of a community; only 41 people live here year-round, so you won’t find much to do here once the summer months have passed. But, if you’re looking for a new vacation spot or summer residence, then Summerhaven may be just what you’re looking for. The average property value is around $800,000, and a vacation rental goes for about $300 per night. 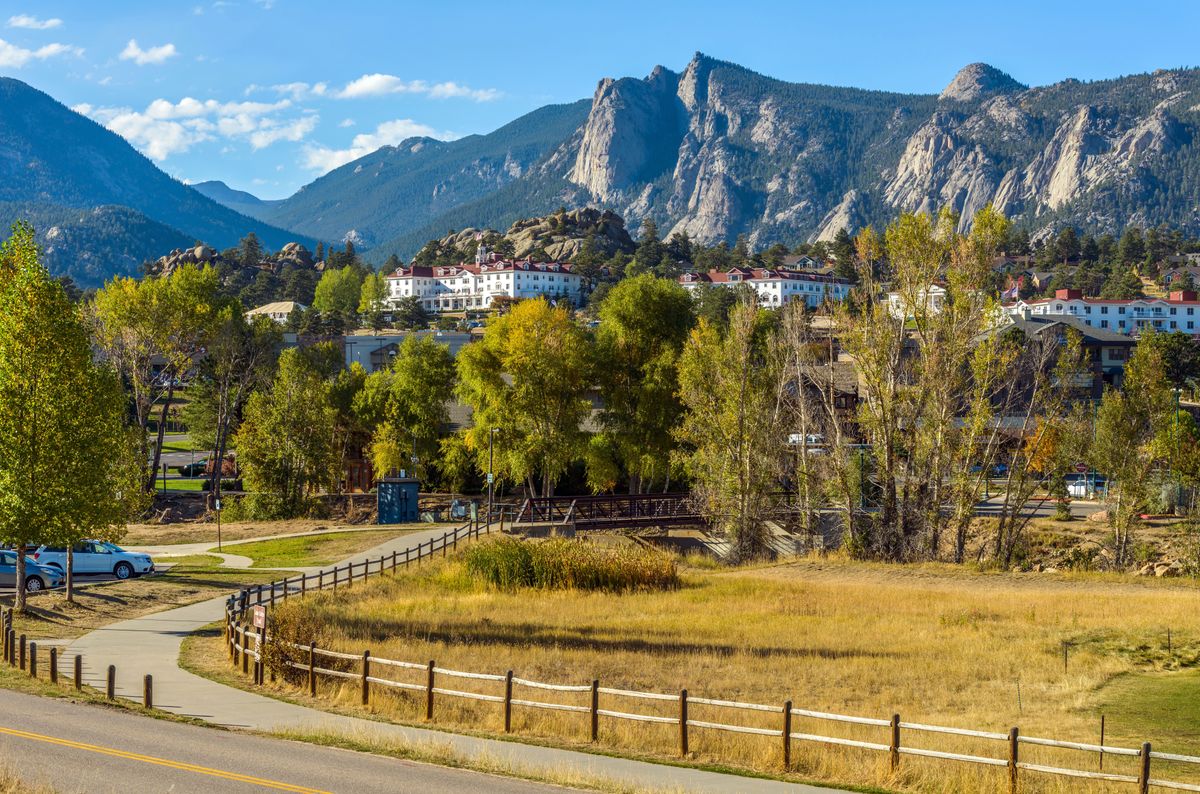 If you’re determined to end up in Colorado, but you’re just keeping an open mind to options other than Evergreen, then these next few spots are for you – starting with Colorado’s famous 6,000-person town of Estes Park.

Ready for a lifestyle of skiing, mountain hikes, and mornings with hot chocolate and pristine, snow-capped views? That dream could very well be yours. The average property value in Estes Park is $413,000, and the median household income is around $55,000.

Oh, did we mention Estes Park was Stephen King’s inspiration for The Shining? 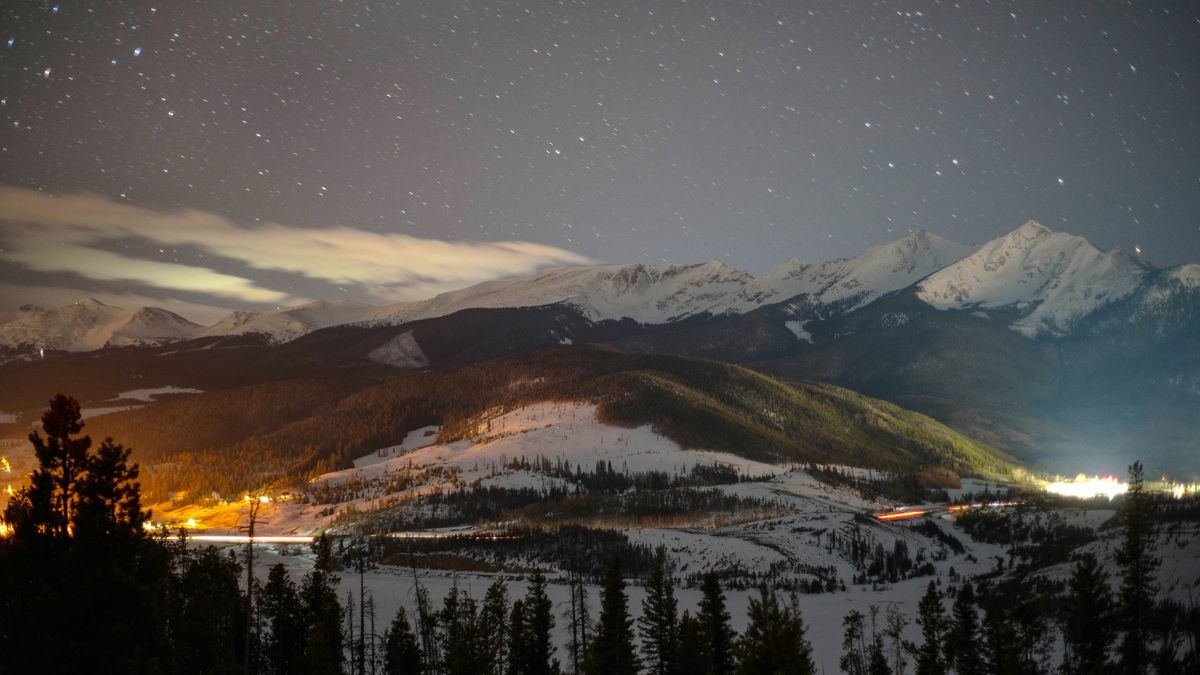 From its historic downtown, soothing views on Lake Dillon, and renowned glassblowers, this town of just 3,000 people has a surprising amount to offer. It also happens to be gorgeous in wintertime when the rooftops are glistening in the snow.

If you’re looking at making this mountain retreat your new home, you’re not alone. This city’s charm, natural beauty, and proximity to some of Colorado’s best outdoor activities have drawn tons of people looking for a change of pace. Frisco’s median income is about $75,000, while its average property value is just under $550,000. 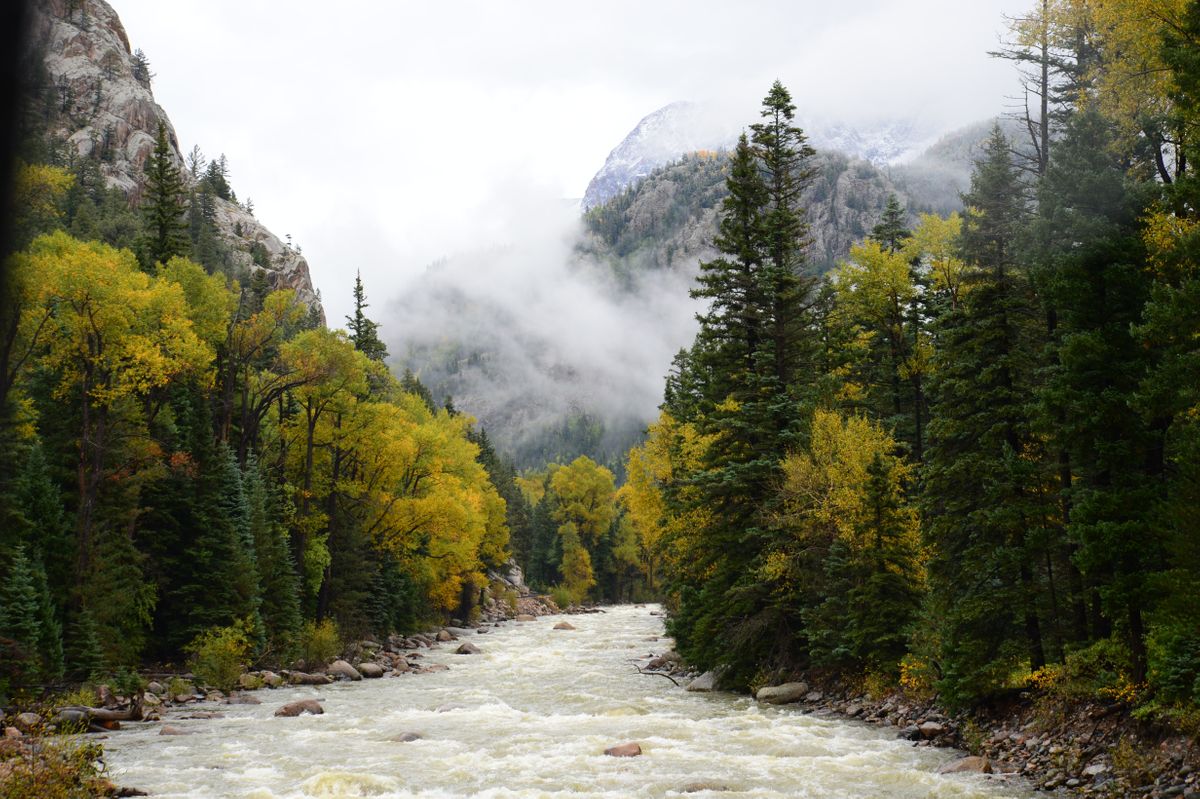 Buena Vista translates into English as “good view,” which, is pretty accurate.

This town of roughly 3,000 people and its log cabins, hilly backdrop, and snowy winters certainly provide a “Buena vista” to its residents and visitors alike. If you’re looking to buy, real estate in Buena Vista is surprisingly affordable (for now), with the average property value at $238,000. Otherwise, a hotel room will cost you around $100 a night.

Of course, some luxury rentals go much higher than that. 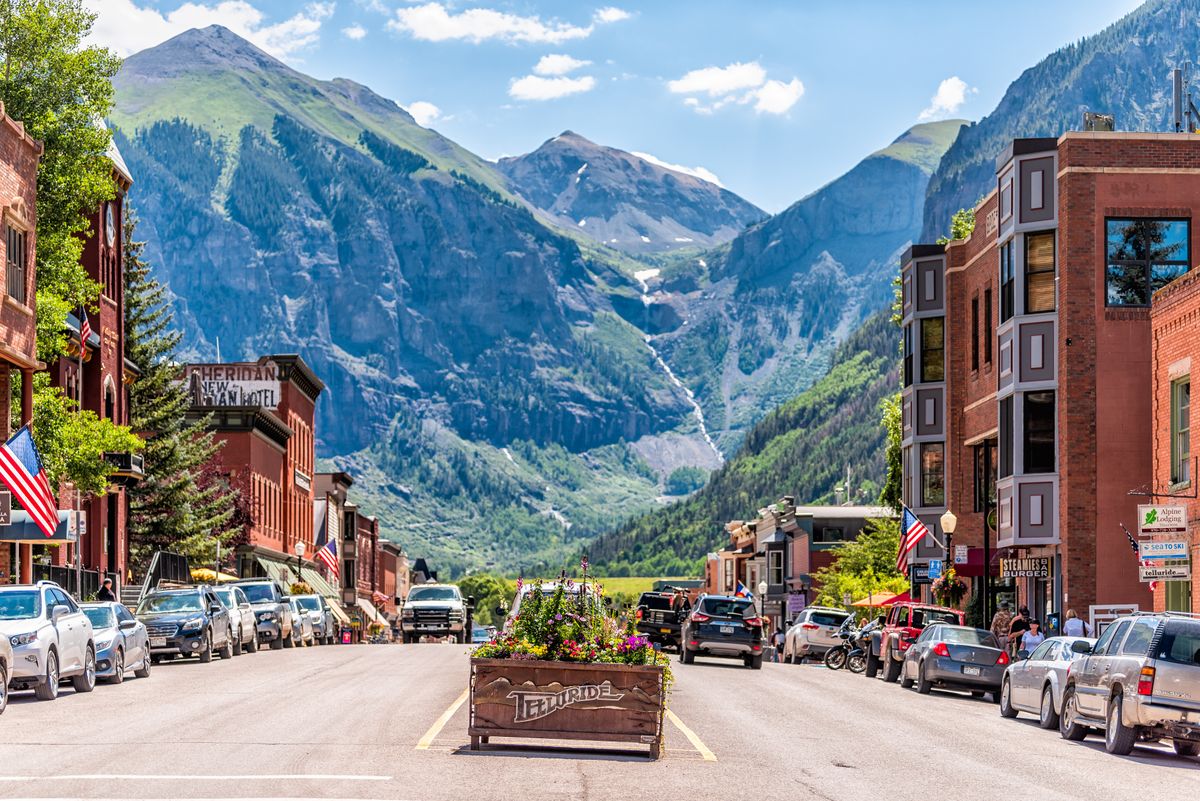 No surprise here. Saving arguably the best Colorado destination for last on this list, Telluride has been attracting swarms of tourists from all over the world for decades. According to some of the most recent statistics, upwards of 200,000 people visit this humble town of 2,000 residents in the summer alone.

As those numbers suggest, like many towns on this list, the majority of the people you’ll meet in Telluride will be visitors or seasonal residents, as opposed to folks who live there year-round. The average property value in this town is actually down from recent years to $410,000.

See also  Do You Still Need Homeowners Insurance if You Buy an Apartment and Not a House? 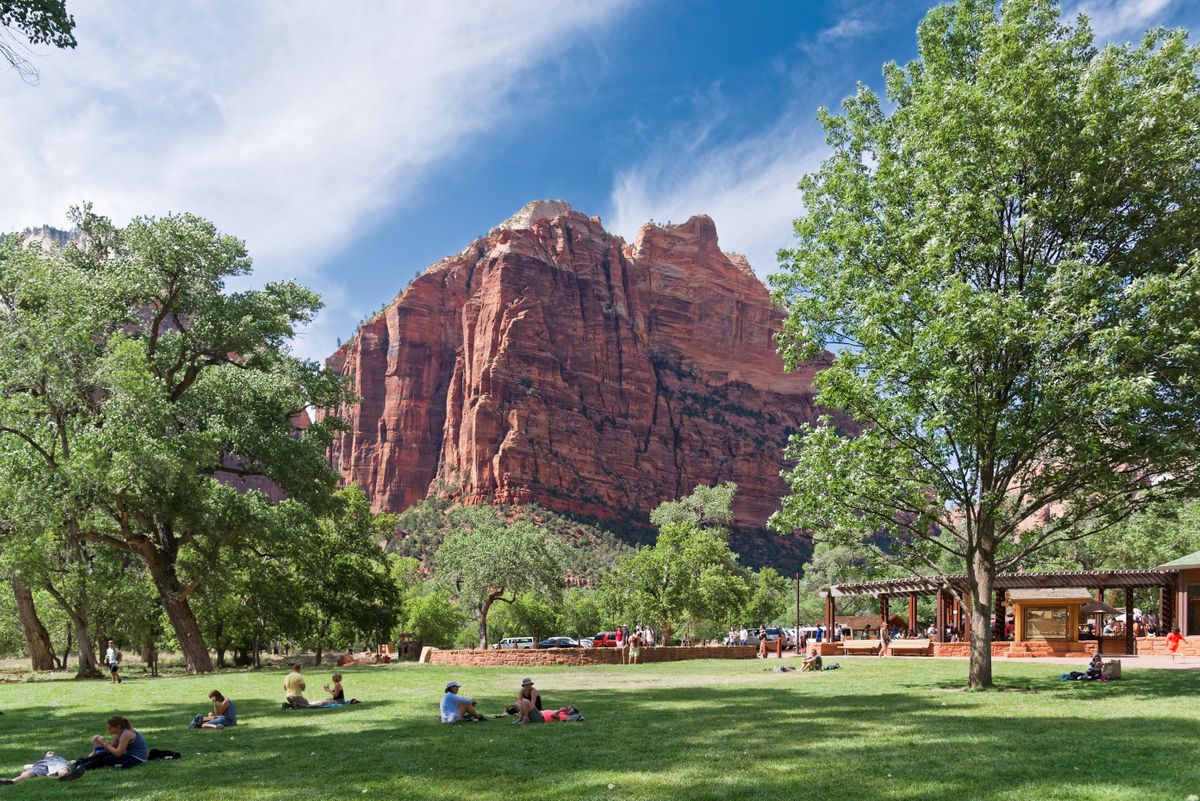 Like Summerhaven, Arizona, this is a town that has a surprisingly big reputation for a place so small. Springdale is only home to about 300 people, but its true claim to fame is Zion National Park, which begins on the Northeast corner of this humble settlement.

Zion National Park, if you didn’t already know, is one of the most ecologically diverse pockets in North America. With desert, dense forest, and twisting, rainbow rock formations, and everything in between, it almost feels like you’re on a different planet, and Springdale gives you direct access to it. 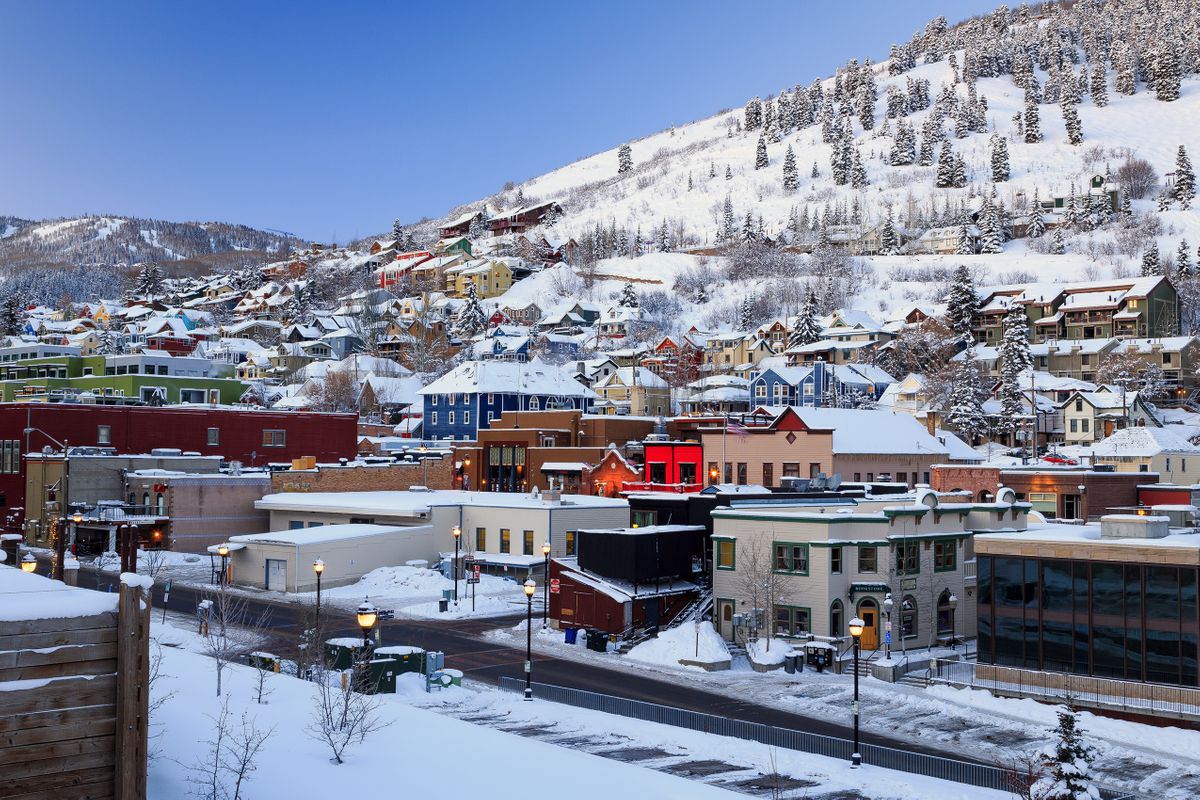 One of the pricier places on this list, Park City, Utah is home to some of the best attractions in the state, such as the alpine coaster, the Olympic Park, and more. While the town is home to around 6,000 people, as many as 100 times as many tourists visit Park City each year, generating $500 million in tourism revenue.

Because of this, it should come as no surprise that Park City comes with a big price tag. Residence in this city can be yours for the modest price of $1 million, but if you’re just passing through, you can get a nice hotel room for a much more reasonable $300. 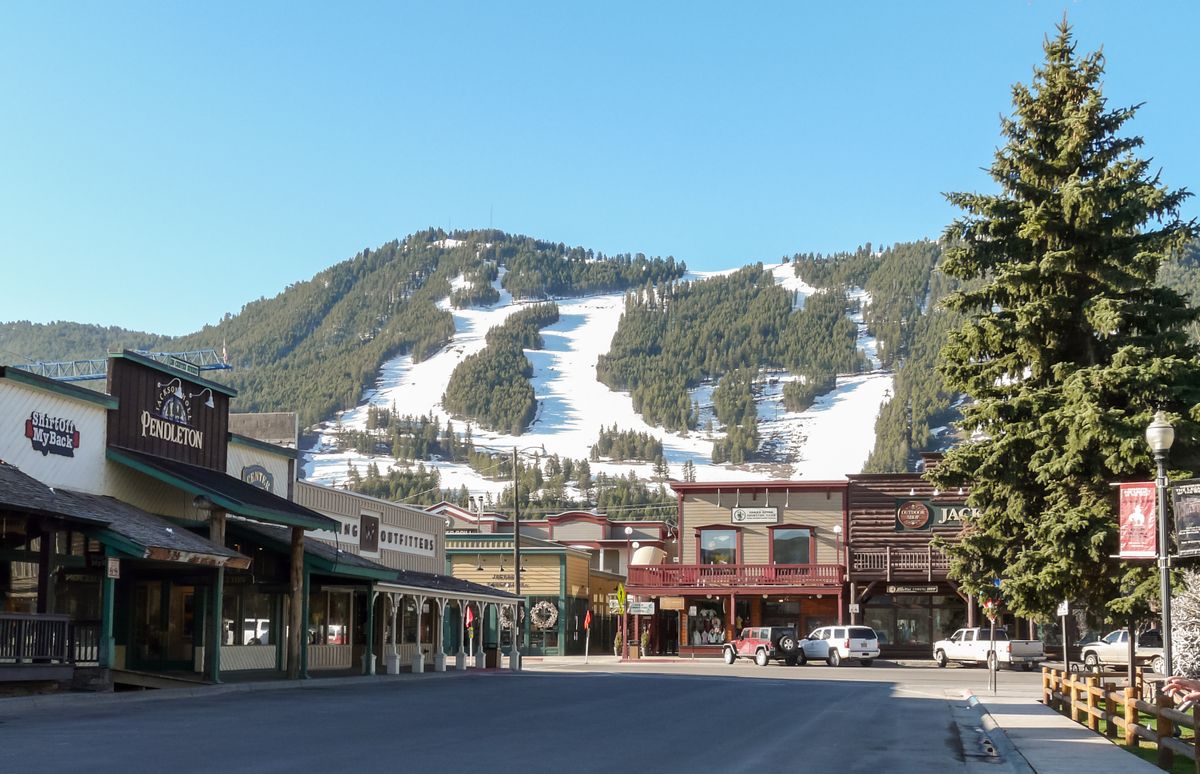 Wyoming is an incredibly underrated state that is often overlooked by its more popular neighbors to the South like Colorado and Utah.

So, if you’re in the market for a new property but don’t want to pay the premium that you would in Colorado, then you might want to consider the Cowboy State.

Of course, Jackson is by no means “cheap,” with its average property value resting at around $650,000, Wyoming is one of the cheapest states to buy land in, so your money will go a lot further. Everything from saloons, luxurious mountain getaways, skiing, and more will be at your fingertips should you decide to make this town your new home. 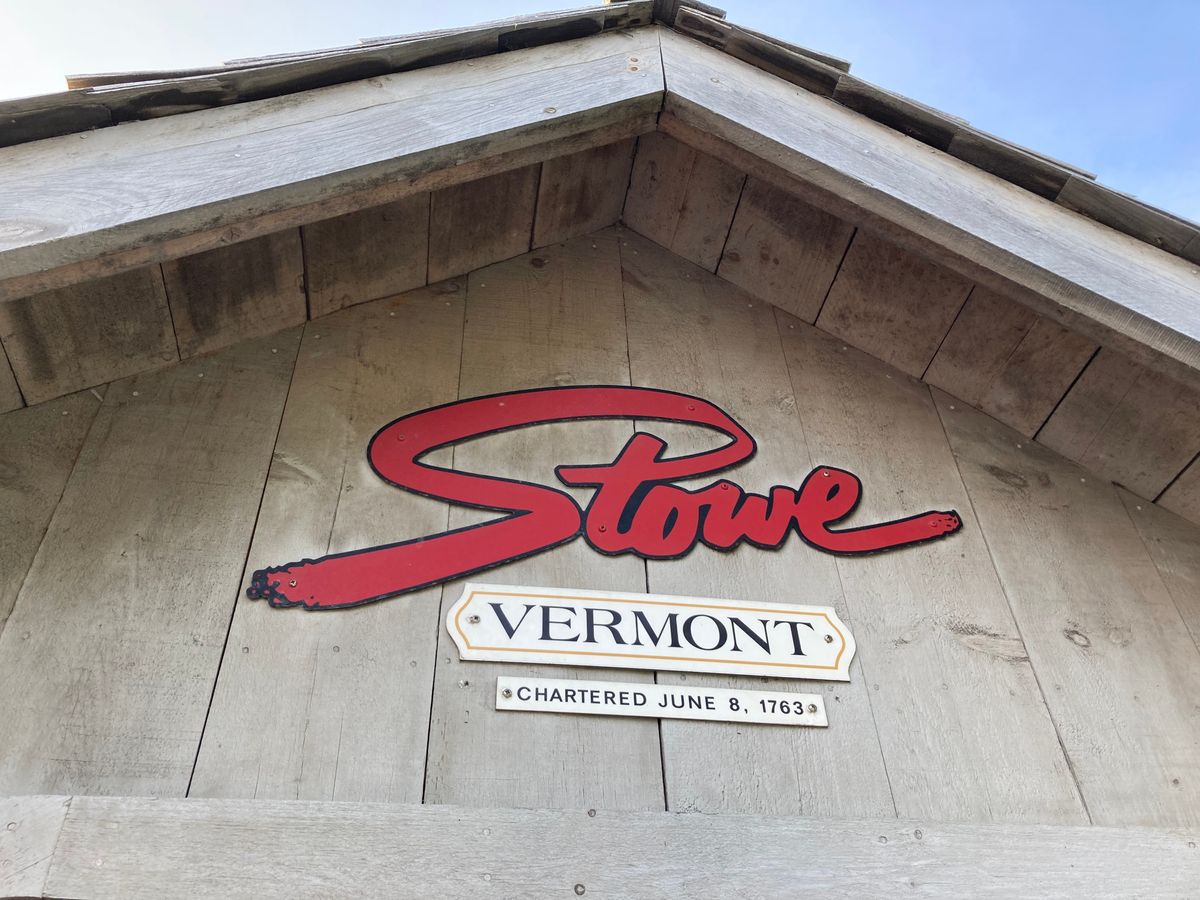 Moving on to our first stop on the East Coast: the skiing haven of Stowe, Vermont.

The population of Stowe is only around 200 people, so, like some of the other towns on this list, the people you meet on the slopes are much more likely to have come up from New York or Boston for the weekend than actual residents.

With that being said, there are plenty of people who have fallen in love with Vermont’s hilly charm and decided to buy seasonal property here. If you are interested in being one of them, the median property value is $325,000. 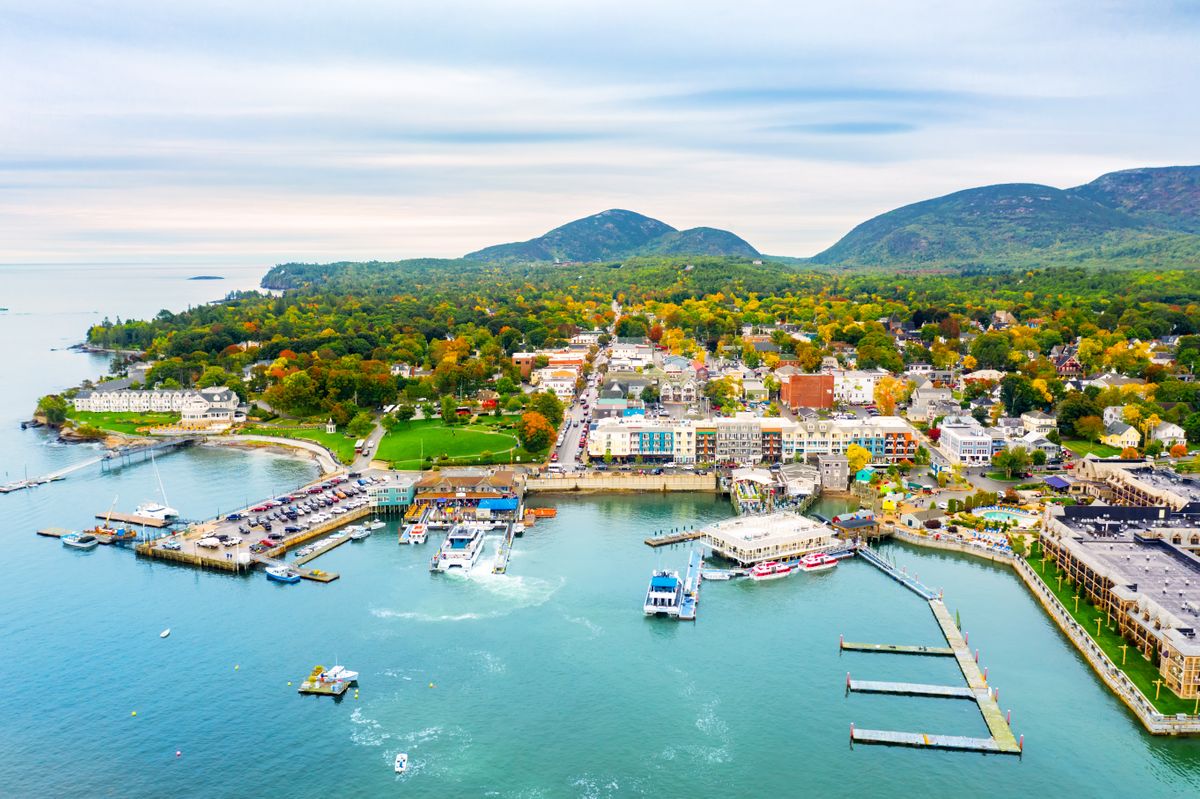 Skipping over New Hampshire and going straight to Maine, Bar Harbor has long been one of the most iconic seaside towns on the East Coast.

It’s tempting to compare this coastal haven to the Hamptons on Long Island. Both places have plenty of lobster, beautiful houses, and flocks of summer tourists coming in from Manhattan. But, you might find that Bar Harbor has a bit more in terms of nature, especially since it’s so close to Acadia National Park.

Considering buying a home here would make you Martha Stewart’s neighbor, joining Bar Harbor’s 5,500 residents is surprisingly affordable. The median property value is $327,000, which is 18% higher than last year.

See also  Rectangle-Shaped Houses Are the Chlamydia of Luxury Homebuilding 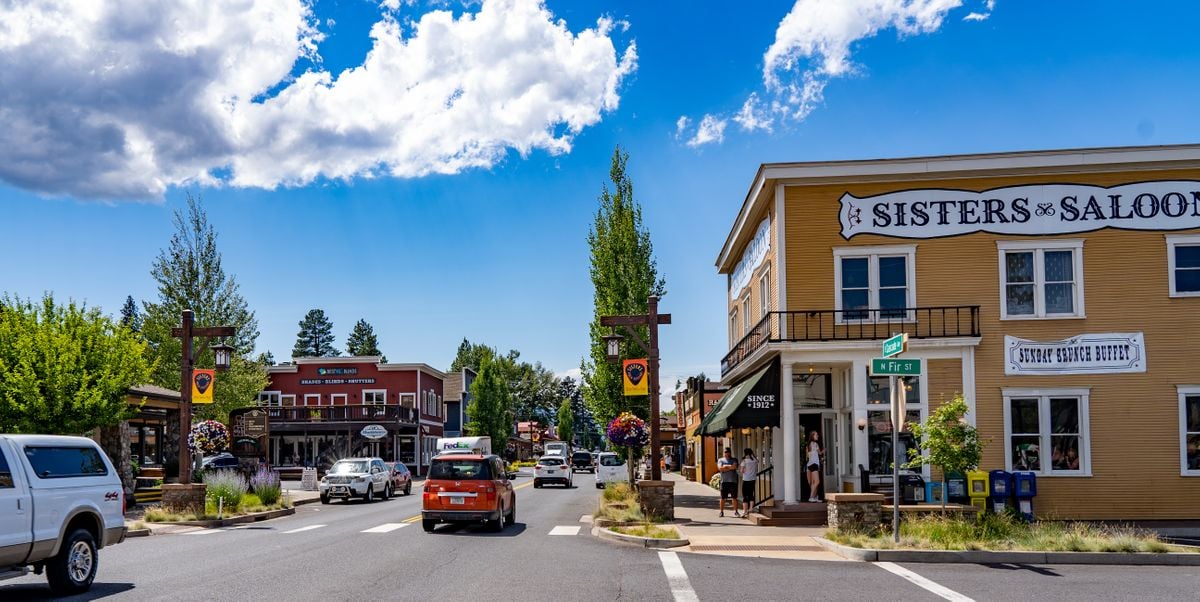 Moving to the opposite side of the country, we have our two West Coast destinations on this list, starting with the beautiful Sisters, Oregon.

This little town in Oregon of just 2,600 people offers a lot of the same scenic, natural beauty as Evergreen, but unsurprisingly, without the “western” feel. Here, the log cabins and saloons have been replaced with some of the quainter features you might expect from a town on the West Coast.

But, despite its size, there is no shortage of community and outdoor activities here. With an average property value of $330,000, Sisters is surprisingly accessible. 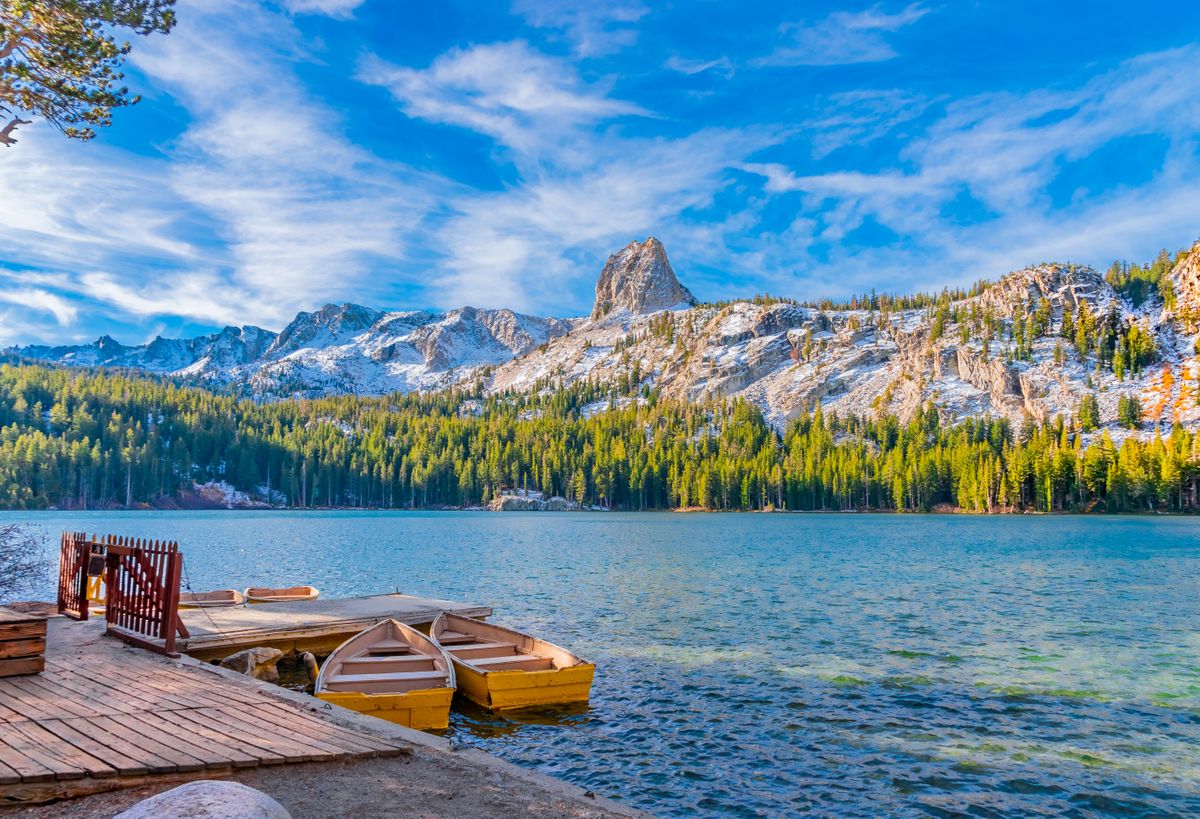 Last but not least is Mammoth Lakes, one of the most centrally located spots in Northeastern California. Wedged right in between Yosemite National Park and Inyo National Forest, it is the perfect spot for nature lovers.

Not to mention, this mountainous region in California boasts some of the mildest weather you’ll find anywhere in the country.