Here's a roundup of 15 charming towns similar to Doylestown, Pennsylvania that boast deep historical roots, lots of interesting outdoor recreation, and an eclectic mix of things to do. 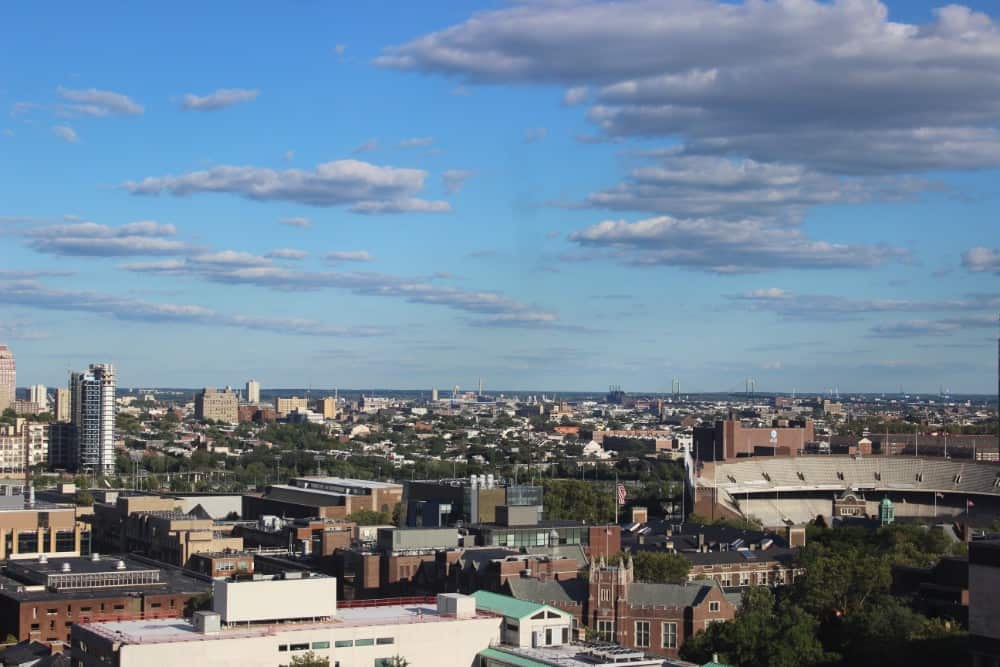 Major cities get a lot of the glory, but nothing beats the charm of a midsize town. And while Doylestown, PA doesn’t get as much attention as Pittsburgh or Philadelphia, it does have a lot to offer. This borough has about 8,300 people as of 2019, so it’s not too big, but it still offers plenty of things to do.

Of course, if you do want more activity, Doylestown is only two hours away from New York City. Plus, it delivers gorgeous views, especially in the autumn. While it has a high cost of living, this town provides a great return on investment.

Towns like Doylesburg have deep historical roots, a charming feel, and an eclectic mix of things to do. Below is a list of towns that fit the bill.

As a borough in Pennsylvania, Gettysburg has a lot of similarities with Doylestown right off the bat. And with a population of about 7,700, it also has a similar size.

Much of its economy centers around manufacturing, but it also has a huge tourism industry. That’s one reason why its a great place to visit.

Things to do include battlefield tours, other historic sites, and farmer’s markets. You can also go shopping in historic Downtown Gettysburg. Because Gettysburg has a huge tourist presence, you can expect moderate to expensive prices here.

With its historic feel and mix of things to do, Gettysburg offers a lot of similarities to Doylesburg but not a lot of differences. The primary difference is the type of history you’ll find in Gettysburg, which includes Civil War history and connections to Abraham Lincoln. 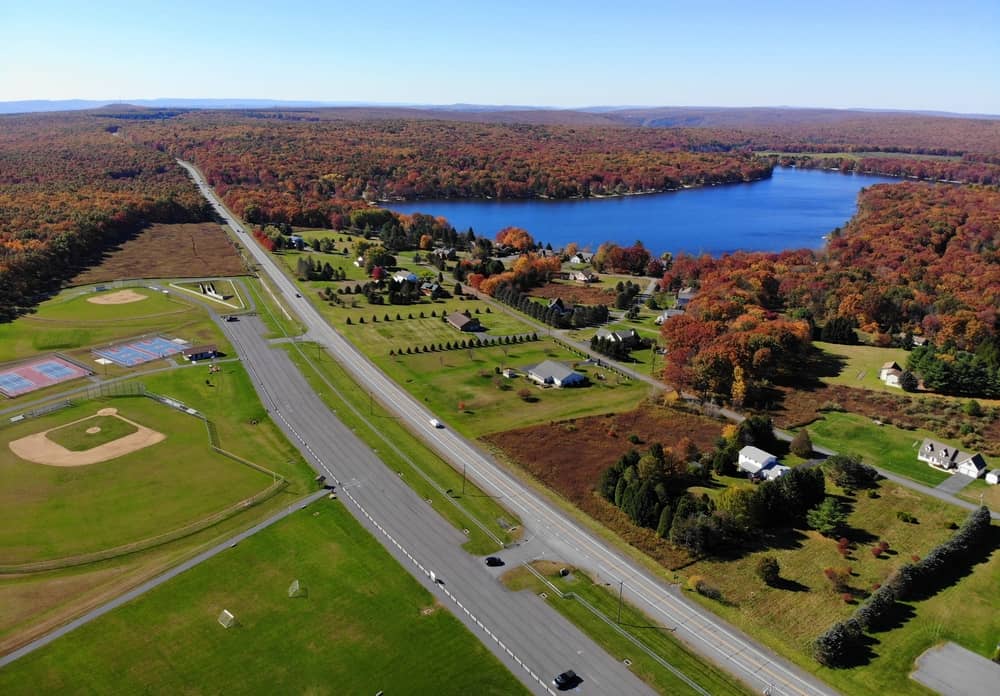 Want the historic connections of Doylestown with a more small-town feel? Take a look at Jim Thorpe, PA. With a population of about 4,640, it lands solidly in the small town category.

This town has a rich mining history. These days, its still has some mining and other natural resource-based industries. However, healthcare and manufacturing have a bigger influence now.

While Jim Thorpe doesn’t have as much tourism as some other spots on this list, it does have a lot of historical sites. As part of the Pocono Mountain region, Jim Thorpe offers lots of outdoor recreation. It also has a highly walkable downtown area with plenty of historic buildings. Visitors may also enjoy the Hawk Mountain Sanctuary, which cares for birds of prey. 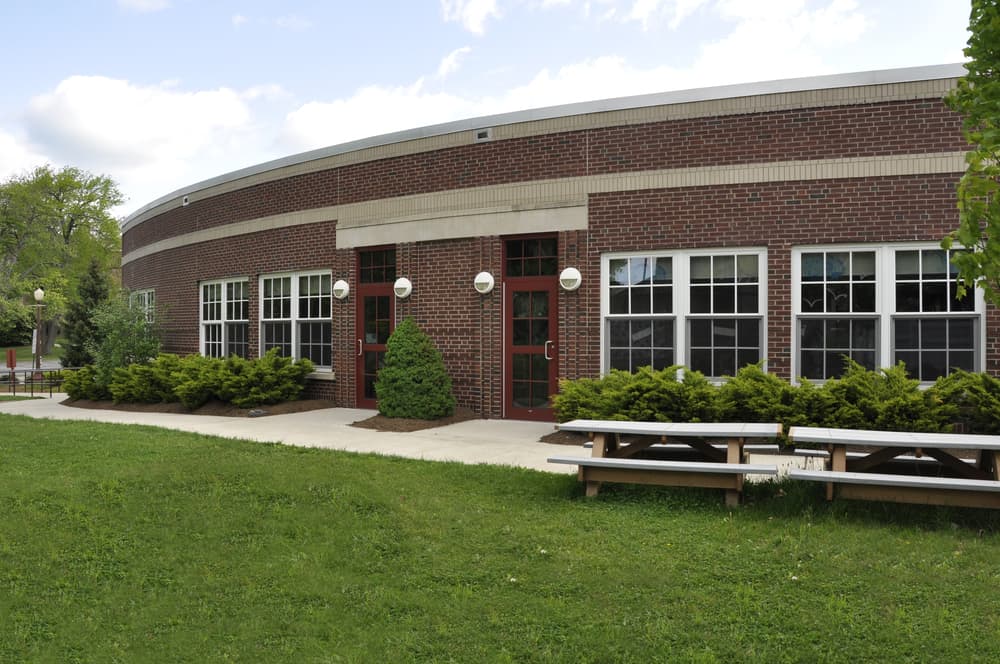 Stroudsburg is another Pennsylvania town, so its climate is very similar to Doylestown. Stroudsburg has a smaller population, though, with roughly 5,500 people.

Tourism is Stroudsburg’s biggest industry, so it offers lots of things to do and see. Much like Doylestown, a lot of Stroudsburg’s tourism focuses on its rich history. Visitors can take historical tours and explore interesting locations.

Stroudsburg also offers small shops, arts and crafts, and many opportunities to enjoy the outdoors. This town has a lower median income than Doylestown, which means a lower cost of living for residents and lower prices for tourists. 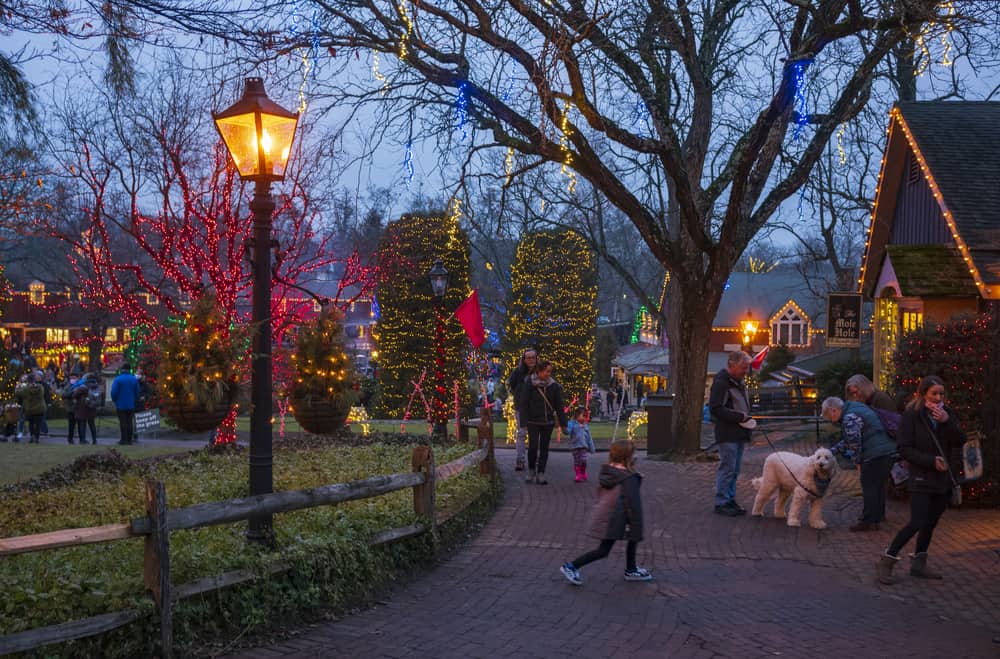 New Hope, PA isn’t far from Doylestown. In fact, it’s located in the same county, so it’s not surprising that these towns have so many things in common. New Hope has the same geographical advantages as Doylestown, including its proximity to Philadelphia and NYC.

Known for its friendliness and its quaint Main Street, New Hope offers a distinctly vintage quality. It’s biggest industry is tourism, with a lot of historic sites and shopping opportunities.

It shares one less-than-ideal trait with Doylestown: the high cost of living. However, you’ll get a lovely experience for your money. The main difference between the two towns is that New Hope is much smaller, with a population of about 2,500. 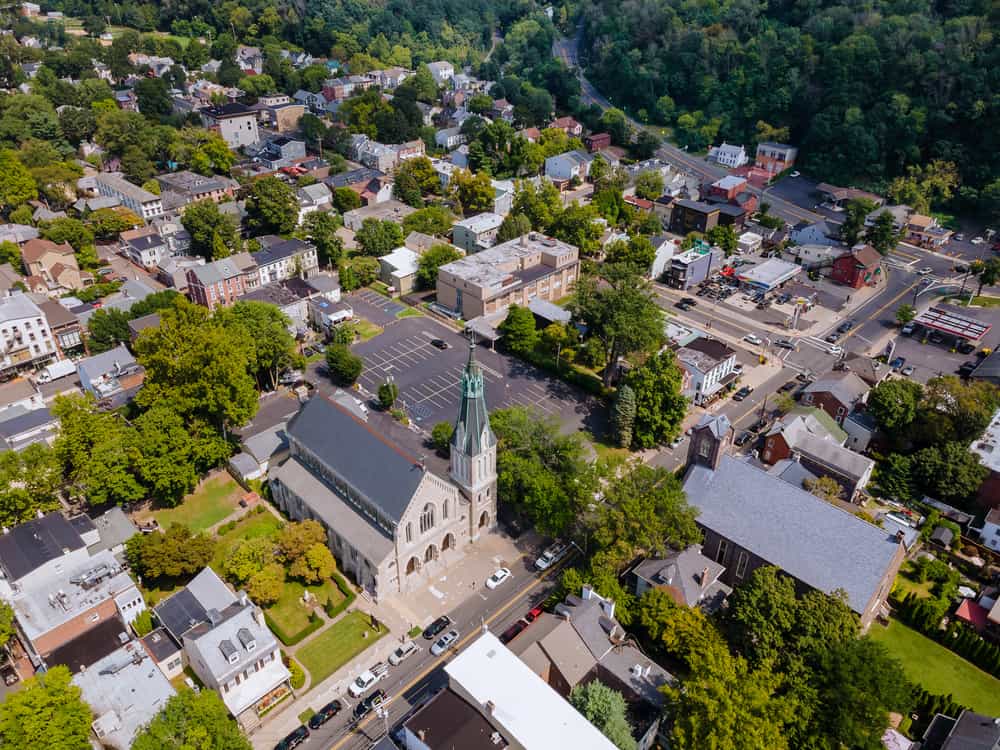 Moving out of Pennsylvania, Lambertville, NJ is surprisingly similar to Doylestown, PA. Its historic feel and natural beauty would make Doylestown residents feel right at home.

Its main industries include manufacturing and retail. Lambertville also offers a fair amount of tourism. In fact, Lambertville’s historic district makes up most of the town. However, Lambertville offers this tourism without feeling “touristy.”

Lambertville is a great spot for people who love food. It has a wide range of restaurants, including ultra-casual restaurants, fancy restaurants, and everything in between. Lambertville has also been called the “antiques capital of New Jersey,” so it makes a great shopping destination, too.

Perhaps the biggest difference between Lambertville and Doylestown is the population size. Lambertville only has about 3,800 people. In spite of its size, Lambertville does have a relatively high cost of living, so keep that in mind as you plan your trip.

Now, what if you want something a bit bigger than Doylestown? Maybe you like the overall feel of Doylestown, but you’d prefer a more bustling city. In that case, Collingswood, NJ fits the bill.

Collingswood’s economy includes healthcare, education, and professional services. The cost of living here is just slightly above the national average, but it’s quite a bit lower than the average for New Jersey.

Known for its shops and restaurants, Collingswood has a healthy tourism industry. However, Collingswood tourism focuses less on history and more on arts, culture, and food.

One of the biggest similarities to Doylestown is its proximity to a big city. While Doylestown provides easy access to New York City, Collingswood offers quick access to Philadelphia.

Allentown, NJ provides a small town experience, with a population of 1,890 people. However, it’s about halfway between New York City and Philadelphia, so it makes a prime spot for city travelers. Though its prices are above the national average, you could potentially save a lot of money by staying here instead of one of the aforementioned cities.

Allentown focuses more heavily on finance, retail, and healthcare than on tourism. Although it’s not as tourism-focused as some other towns, it does have historic homes and buildings to explore. For example, be sure to check out the famous Allentown Mill in the center of the town.

And of course, Allentown is just as picturesque as Doylestown. It offers wonderful views in many parts of town. 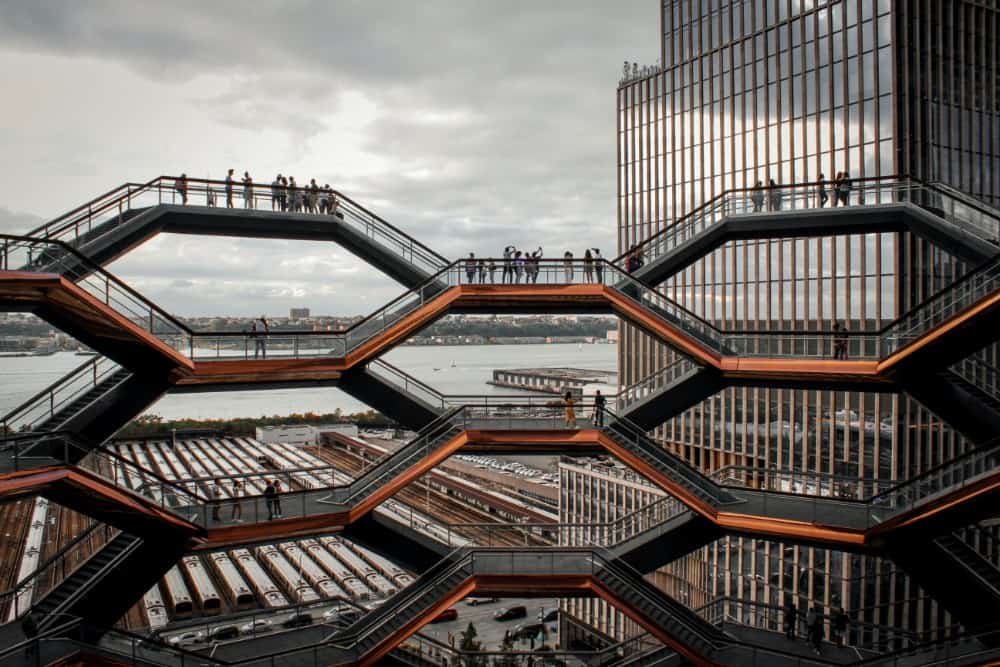 Hudson, NY is a nice midsize town with about 6,700 people. For many, this town is the perfect size. Like Doylestown, it’s big enough to offer a lot of things to do, but it’s not so big that it gets overwhelming. The cost of living here is higher than the national average, though it is just slightly lower than the New York state average.

Though its biggest industries include healthcare and manufacturing, Hudson also has thriving tourism. A lot of people visit Hudson from out of town, especially for day trips and weekend trips. That’s because Hudson offers good restaurants, public transportation, and lots of activities.

Hudson’s inns and pubs give this city a similar feeling to Doylestown. Popular tourist activities involve history and culture. You can visit historic homes and museums during your stay.

And thanks to its location near the Catskills, Hudson also offers hiking and other outdoor activities. Be sure to visit the Henry Hudson Waterfront Park for some of the best views in the city. 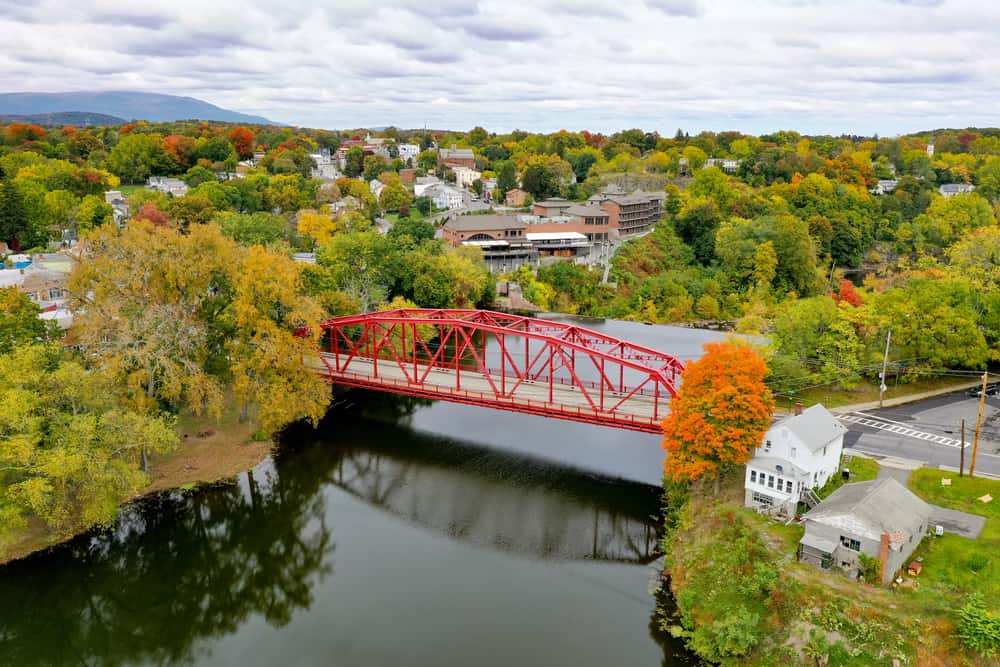 With a population of over 19,000 people, Saugerties, NY is much bigger than Doylestown. Still, it has a lot of similarities, and it provides a great look into the upstate NY experience.

Much like Doylestown, Saugerties provides easy access to New York City. Tourism isn’t the main industry in Saugerties. (Those would be retail, healthcare, and manufacturing.) Still, this town does give tourists a lot of things to do.

If you’re interested in history, you can find tours, museums, lighthouses, and more. For outdoor enthusiasts, Saugerties has parks and river views. Plus, this town is especially gorgeous in the fall. 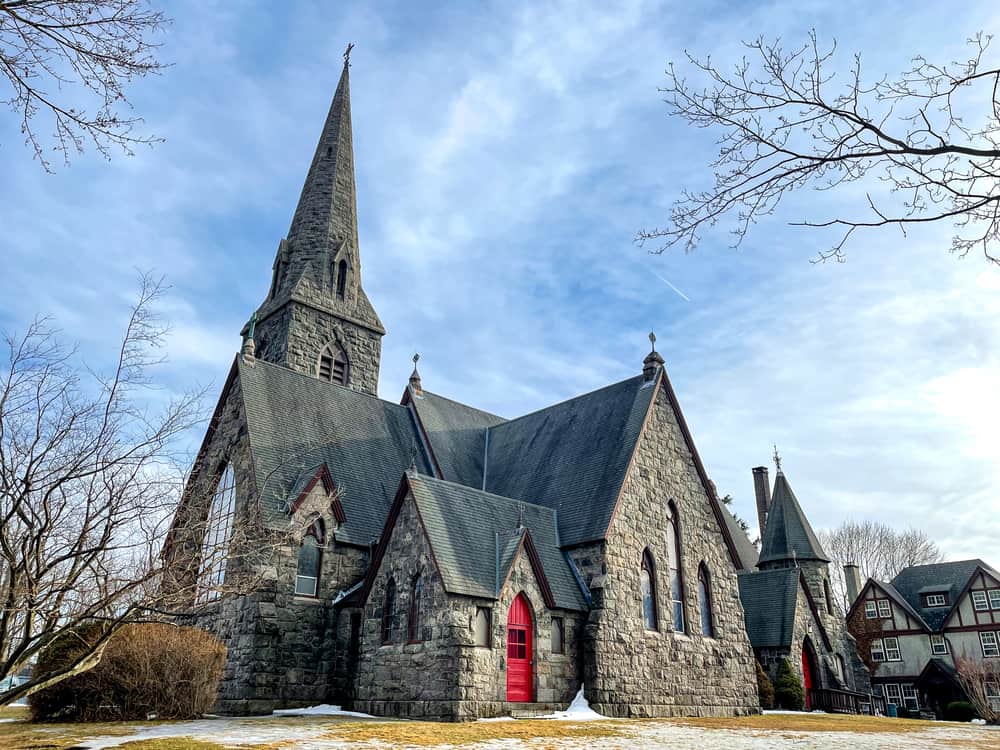 Cold Spring, NY is an upstate village with a population of less than 2000 people. If Doylestown seems too busy, Cold Spring may have exactly what you’re looking for.

The waterfront Historic District combines the best of two worlds: history and nature. In fact, this village provides excellent views no matter where you turn.

Cold Spring is just 50 miles outside of Manhattan, so like Doylestown, it provides an easy route to the city. However, its small size makes it the perfect place to relax if you’re craving some quiet. Keep in mind that Cold Spring does have high prices for goods and services, although its cost of living is much lower than that of NYC. 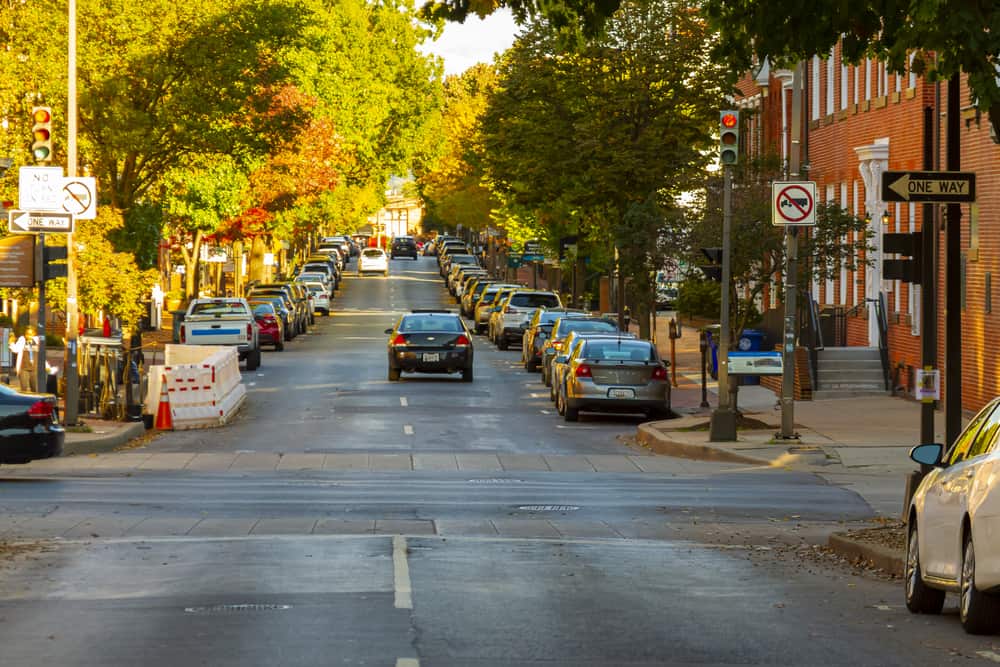 Frederick, MD has a lot in common with Doylestown. That’s partly because Maryland shares a lot of similarities with Pennsylvania.

Its historical roots will also be familiar to Doylestown residents. This town’s history includes many Civil War connections. For example, visitors should take a look at the  National Museum of Civil War Medicine. Other points of interest include state parks, national battlefields, and more.

And like a lot of places in Maryland, Frederick has some great views. If you’re craving some thrills, you can visit the nearby Adventure Park in Monrovia. While Frederick does have many similarities with Doylestown, its biggest difference is its size. Frederick has a population of about 70,900.

Thurmont, MD is very close to Pennsylvania, just north of Frederick. Its population size is similar to that of Doylestown, with about 6,640 people. In a lot of ways, this town feels very much like Doylestown.

Thurmont is known for its railways, excellent views, and small-town vibe. Of course, it’s also known for Camp David, the presidential retreat.

Many of Thurmont’s industries are based on land and natural resources, like agriculture, forestry, and mining. It also has a fair amount of tourism. The Catoctin Mountain Park and Cunningham Falls State Park are two of its top attractions.

This town has lots of nature and wildlife, plus wineries and several historic sites. And while the cost of living here is higher than the US national average, it’s lower than Maryland’s overall average. 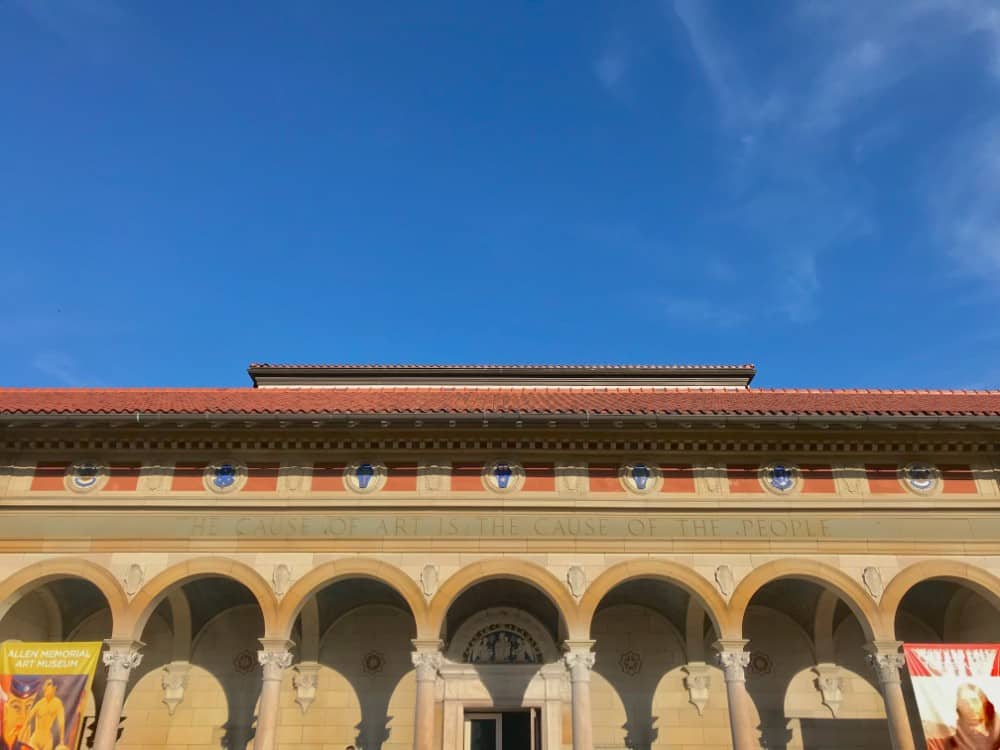 With a population of 8,300 people, Oberlin has a similar population to that of Doylestown. Like Doylestown, it also has plenty of walkable areas.

Thanks to its historical sites and museums, Oberlin has a fair amount of tourism. History fans and architectural fans should check out the Frank Lloyd Wright building.

Oberlin also has several differences from Doylestown. For instance, as a college town, much of its economy centers around education. And it features a very welcome difference: the cost of living. Oberlin has a low cost of living index compared to both Ohio and the national average. 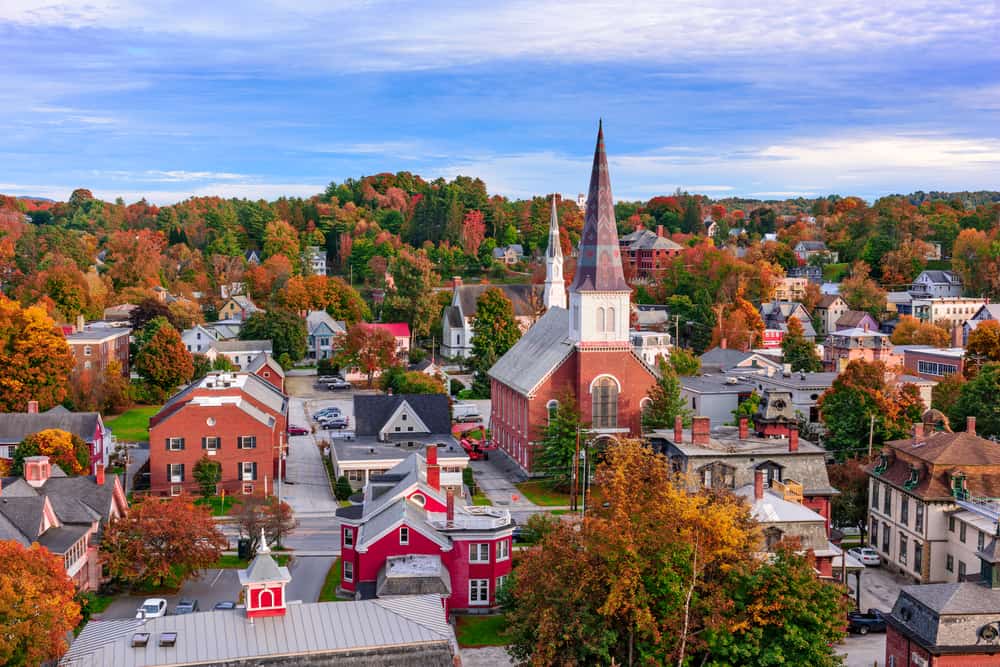 With a population of about 8,000 people, Montpelier, VT is the smallest state capitol in the US. That said, a lot of people work in this city, so the population seems much larger during the day.

While it often feels more crowded than Doylestown, Montpelier offers similarities, too. It has a huge historic district, beautiful scenery, and distinct architecture. Montpelier is also one of the best places to visit for the arts, including theatre and music. And its cost of living is just below the national average. 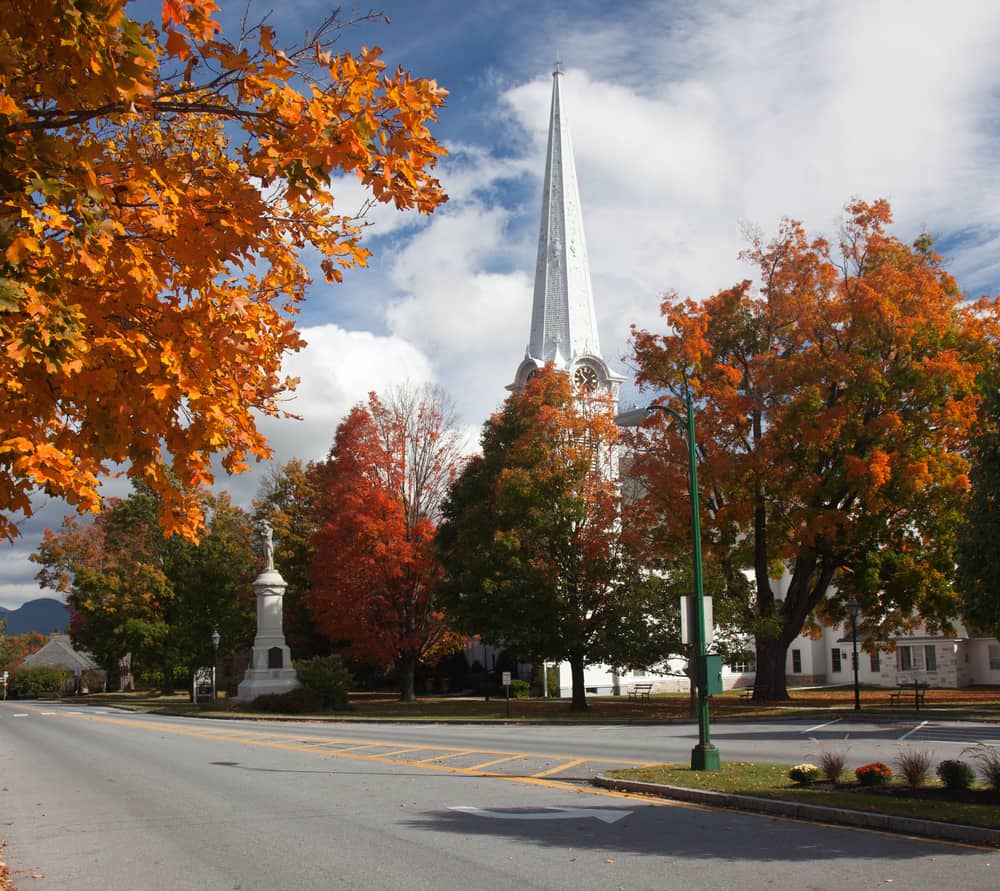 Manchester, VT has about half the population of Doylestown, but it does have lots of tourism. Its biggest industries are retail, food, and manufacturing. Those first two industries are a big reason for Manchester’s successful tourism.

A lot of people visit this town to shop at the factory outlet stores. While they’re at it, visitors can also take a walking tour of the city and get a feel for its history.

Manchester features some lovely views of the Green Mountains, and its pubs, inns, and breweries give it a similar feel to Doylestown. Much like Montpelier, Manchester’s cost of living is slightly below the national average.