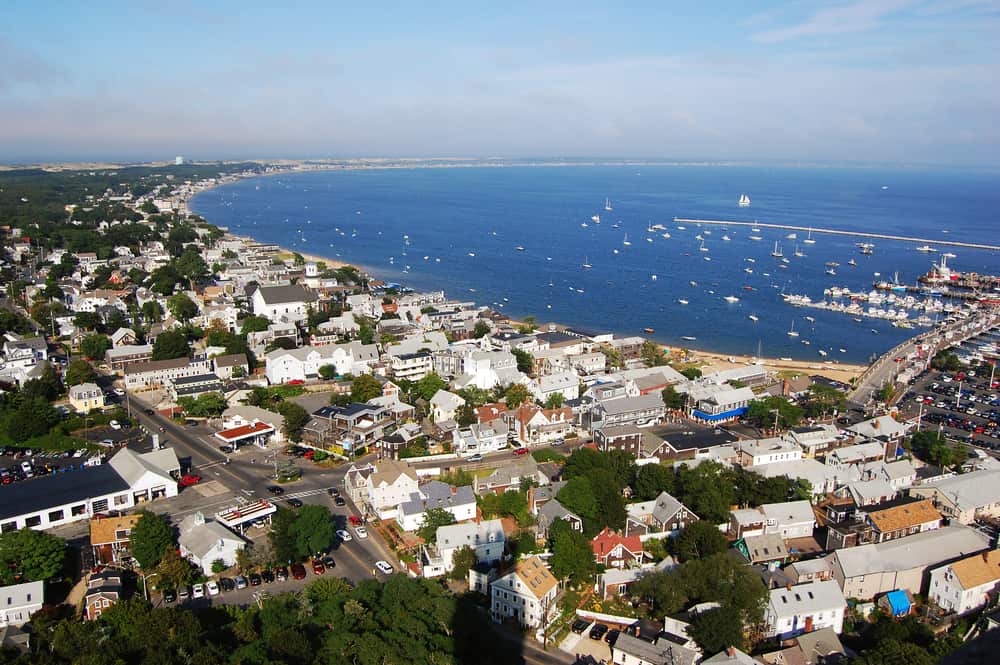 It’s no surprise that people love Cape Cod. This collection of coastal towns has something for everyone. It’s a popular summer destination that offers lovely beaches, excellent seafood, and interesting sites.

Not all US coastal towns are on Cape Cod, though. Many other areas feature beautiful villages, lighthouses, history, and fun activities.

The towns below have a similar feel to Cape Cod towns. They provide all of the best parts of a Cape Cod town (sand, sun, and great weather), and some of the less-than-ideal parts (high cost of living).

Still, towns like Cape Cod towns can make great places to visit or settle down. They may not get all the attention that Cape Cod gets, but they definitely provide the full coastal experience. 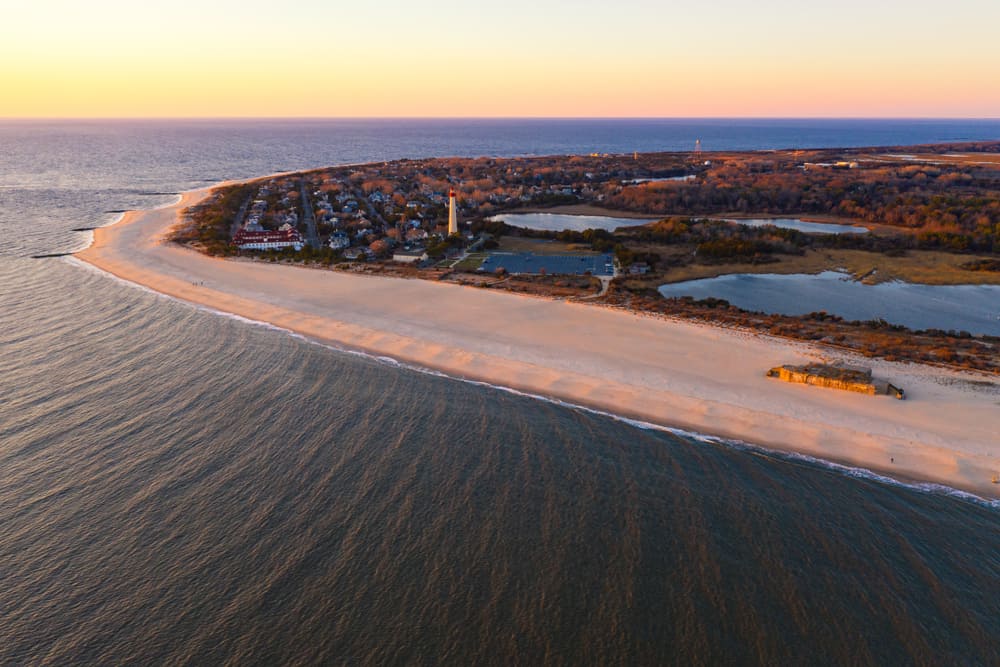 Cape May, NJ bears many similarities to Cape Cod towns. With its small population, it makes a good place to find some peace and quiet. This seaside resort town also offers a lot of activities, including museums, shops, and restaurants.

The architecture also provides many points of interest. Many people admire Cape May’s Victorian-style homes. And of course, visitors can always have fun on the beach.

Keep in mind that Cape May is pricey. It’s somewhat famous for being one of the most expensive towns in New Jersey. Its prices are similar to many Cape Cod towns. 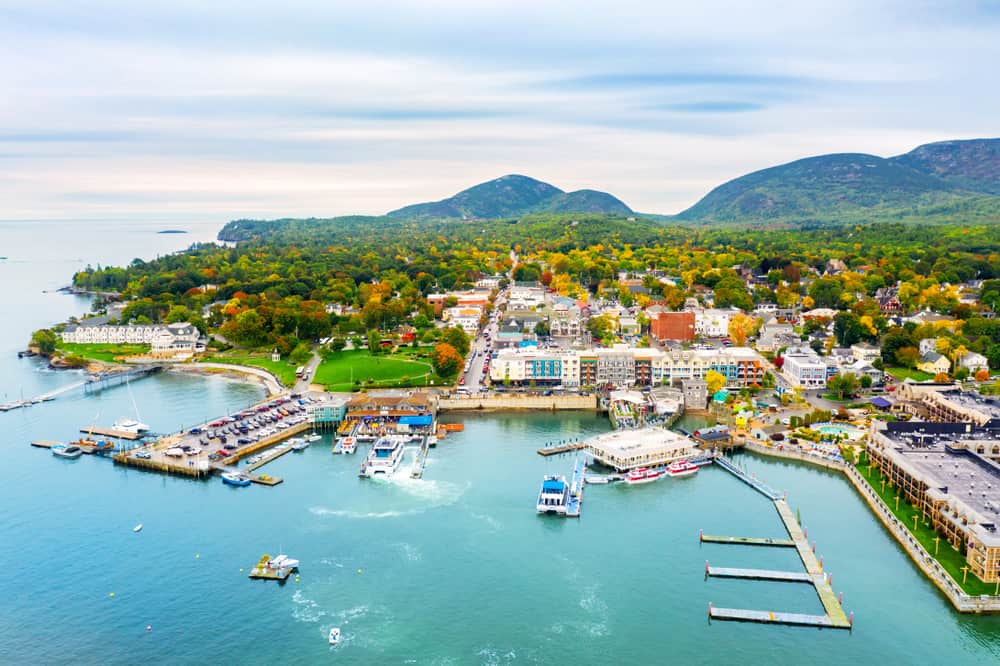 Bar Harbor ME looks a lot like many Cape Cod towns, but it does have features that set it apart. Bar Harbor is a part of Maine’s Mount Desert Island, and it makes up a large part of the Acadia National Park.

With a population of just over 5,000 people, Bar Harbor is larger than many Cape Cod towns. (Though it’s still a small town by most US standards.) Still, if you want the Cape Cod vibe but also want a more bustling city, Bar Harbor may have just what you need.

Its main industry is tourism, of course, but it also has a couple of laboratories. Bar Harbor also offers a thriving historic district.

Swan’s Island, ME has beaches, boats, and everything else you’d expect from a Cape Cod-like town. The difference, though, is that Swan’s Island has a population of fewer than 500 people.

That number changes in the summer, when roughly 1000 people live on the island. Still, that’s a small number of people, which makes Swan’s Island a good place if you want to get away from the noise.

While you’re there, you can enjoy the beaches and check out the Burnt Coast Harbor Lighthouse. And if you do want a little more action, you can always take the ferry to the mainland. 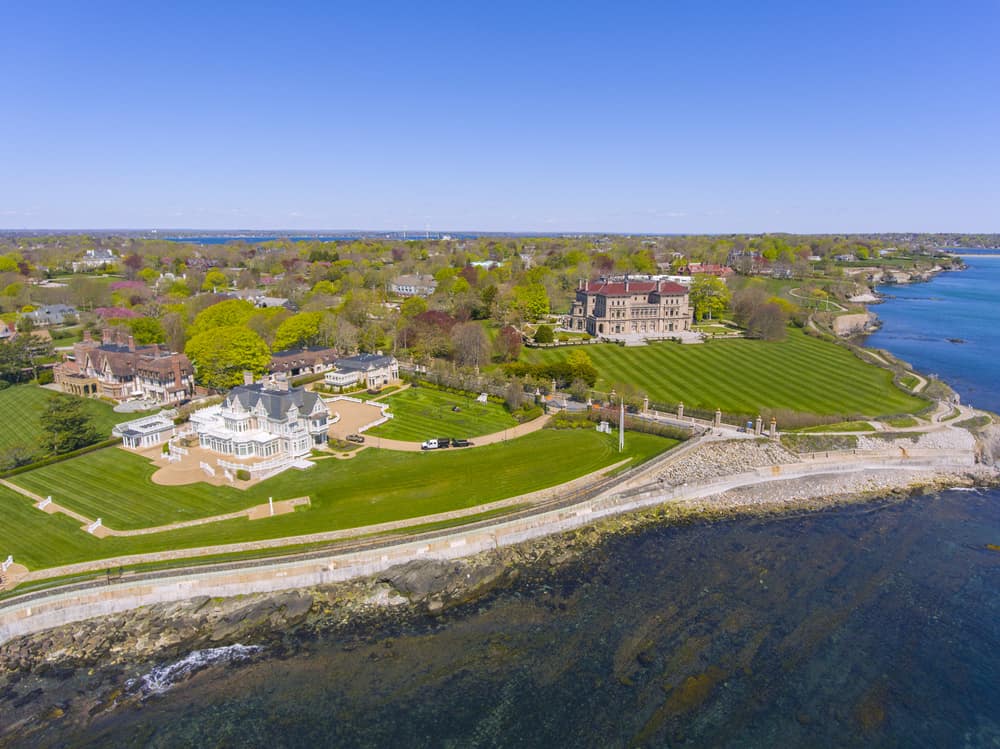 With about 25,700 people, Newport is quite large compared to many Cape Cod towns. And if that’s not big enough, you can always visit Providence, which is nearby.

This Rhode Island town does offer some similarities to Cape Cod, though. It’s a top spot for history enthusiasts, providing an up-close look at sailing history, colonial history, and the American Revolution. It also boasts of ties to the Kennedy family.

Newport has a slightly different feel from a lot of Cape Cod towns, with a bigger focus on mansions, yachts, and luxury. 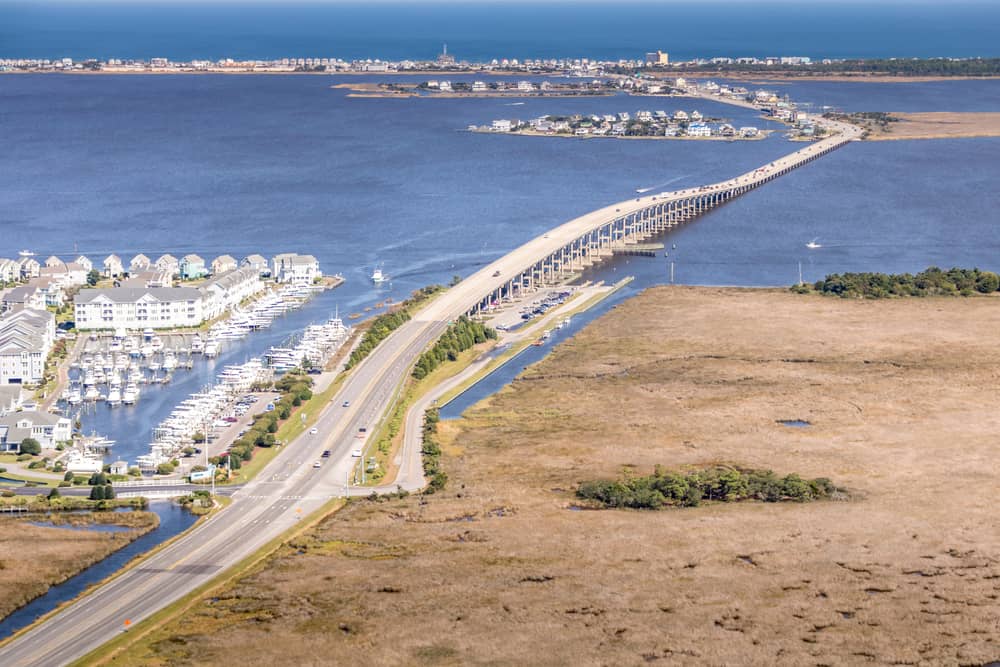 Nags Head, North Carolina is a town like many Cape Cod towns, but it has its own distinct feel. It’s home to some of the most beautiful beaches in all of North Carolina. The water is warm and the sand is soft.

Speaking of sand, Nags Head is known for its lofty sand dunes. And when you’re not at the beach, there are plenty of places to go for a peaceful walk, hike, or bike ride. Visitors also enjoy the famous Bodie Island Lighthouse.

Nags Head, NC has a rich history and is a popular tourist destination. Being further south than Cape Cod, it often provides warmer weather, too. This town has a year-round population of less than 3,000 people, but it’s popular among tourists in the summer. 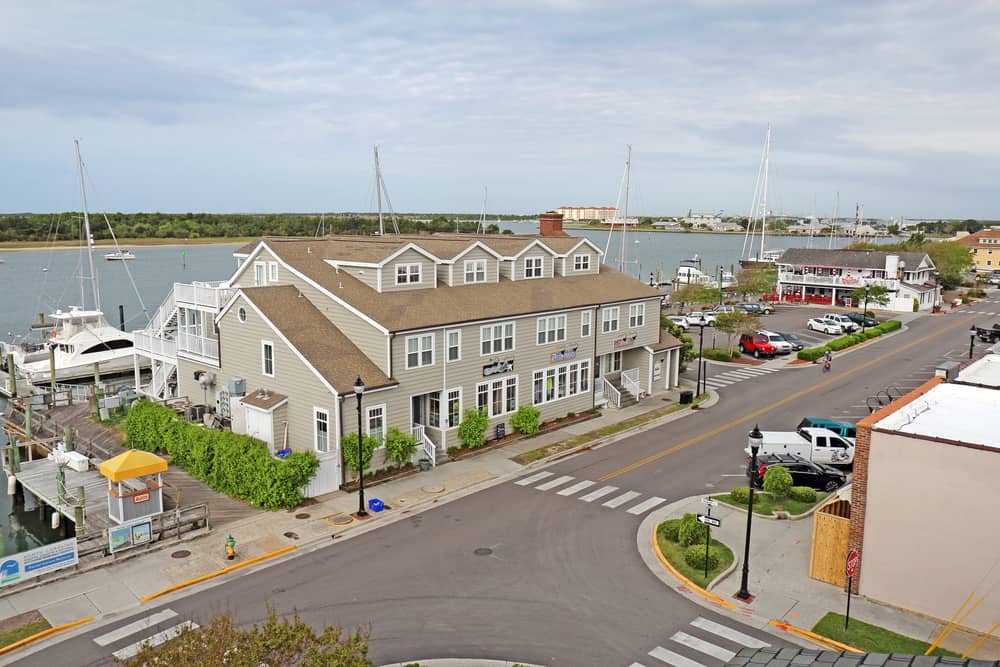 Beaufort is one of the oldest towns in North Carolina. With roughly 4,300 residents, Beaufort provides a small-town lifestyle. It also brings all the benefits of a coastal city. Basically, Beaufort is what happens when you mix Cape Cod beauty with southern hospitality.

Of course, residents and visitors can always enjoy the beach. They can also take in many historical sites, museums, and breweries. And at the Rachel Carson Reserve, you can get an up-close look at some wild horses! 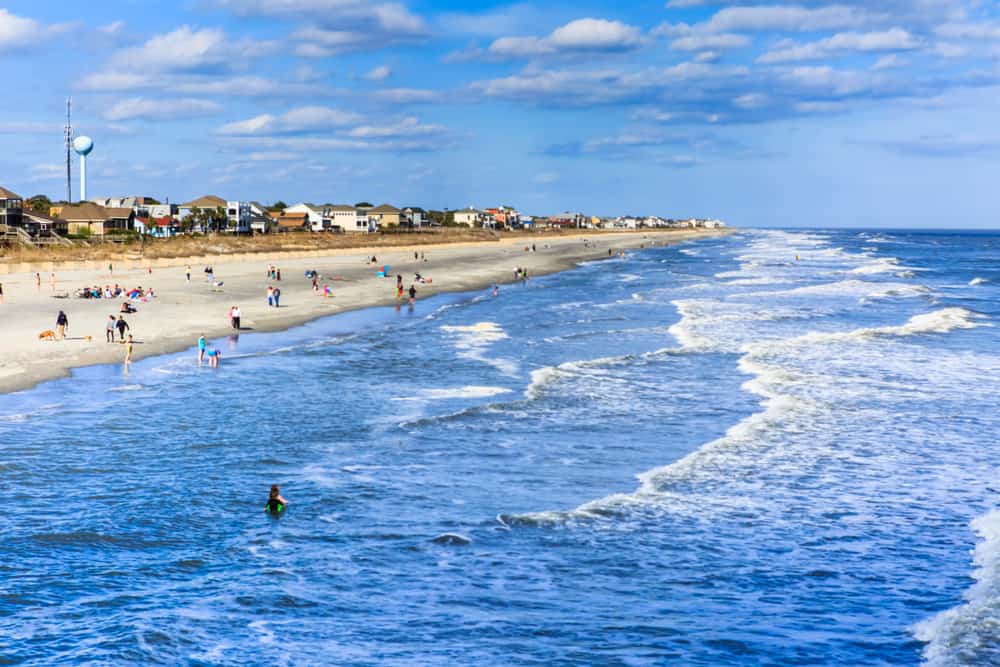 If you want to go even further south, take a look at Folly Beach in South Carolina. If you’re looking for a place to escape, Folly Beach is the perfect destination. With less than 2,700 people, Folly Beach is a small town with plenty of charm and great amenities for those who need to unwind.

One of the best things about this town is that it has plenty of green space and outdoor activities for visitors. You can bike, hike, and kayak on your days off, or spend some downtime at the beach.

Like Cape Cod towns, Folly Beach offers shopping, fishing, and lots of restaurants. It does, however, hang on to its warm weather much later than Cape Cod does. 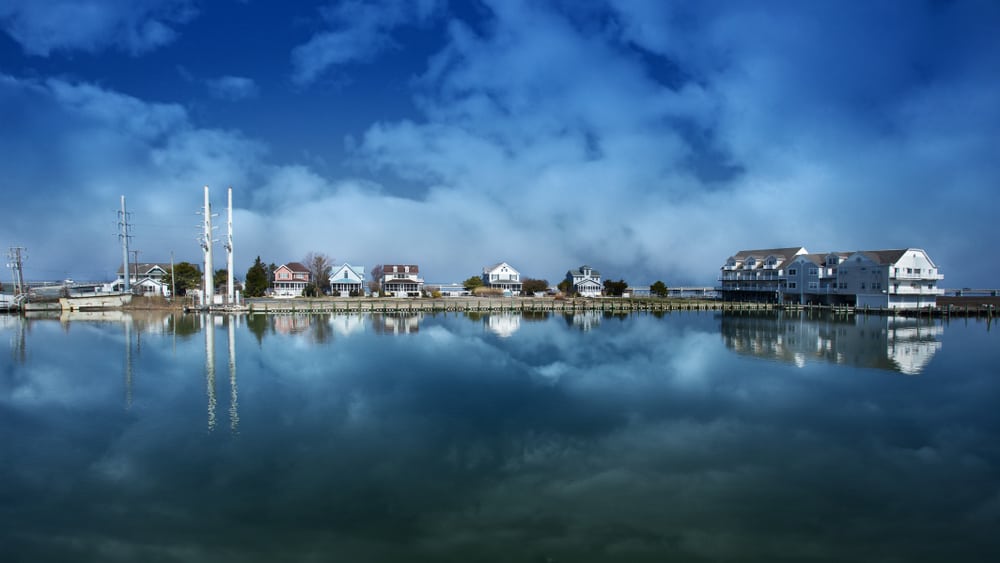 Chincoteague, Virginia is a beautiful town that sits on an island with the same name. If you’re looking for peace and quiet, then this town is worth a visit, since it has less than 3,000 people. If you visit during the annual Pony Swim, though, you may find it a bit more crowded.

The island has plenty of natural wildlife (ponies included), and it’s a great place to go kayaking or birdwatching. Chincoteague has a big presence in the oyster industry, so be sure to sample some oysters when you visit. This town’s Historic Main Street also has a lot to offer, with small, unique shops and many places to eat. 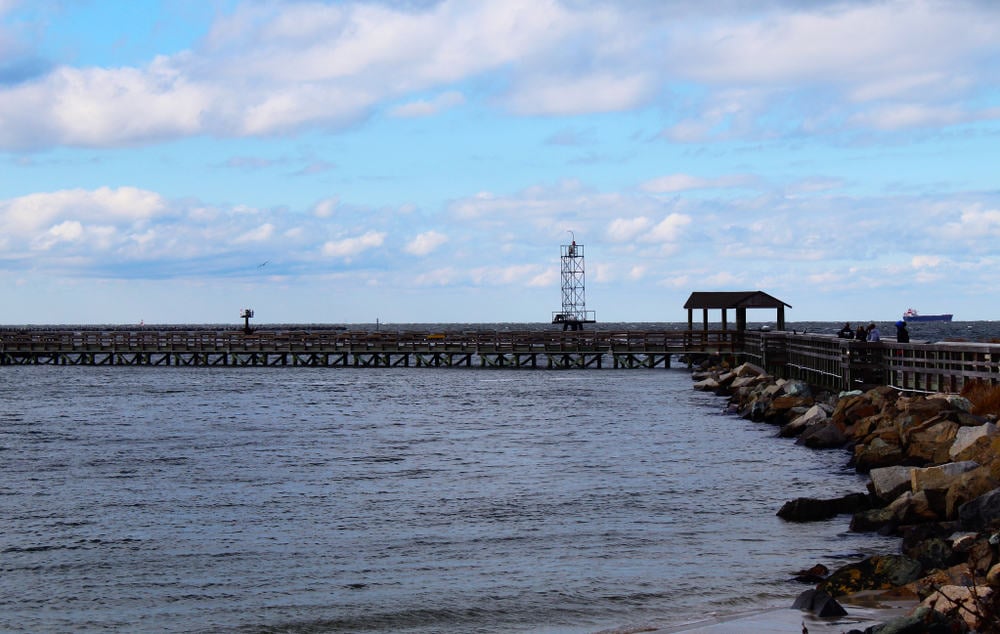 Like a lot of Cape Cod towns, Cape Charles has an old-timey feel to it. This Virginia town has a quaint downtown area that’s full of local restaurants and shops. There are also plenty of beaches to enjoy that stretch for miles on end.

It’s extremely small, with roughly 1,200 people. That’s why it makes a good choice for those who want a quiet experience. It also offers easy access to the beach and the Fun Pier, which many people use for sightseeing.

Keep in mind that Cape Charles gets much warmer than Cape Cod towns, especially during the summer. 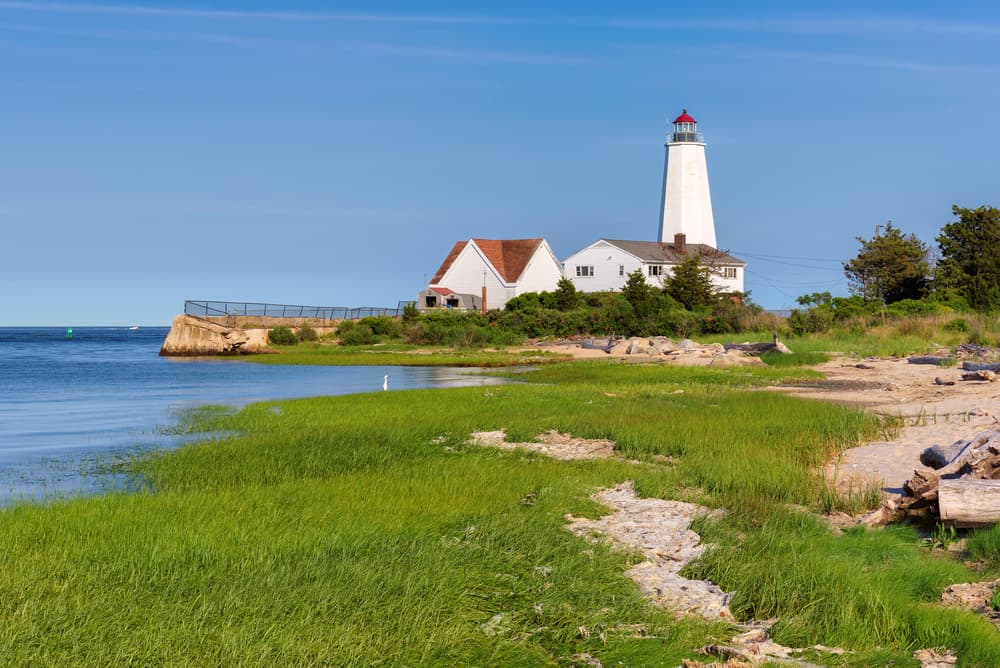 Moving back up north, there’s Old Saybrook in Connecticut. This town has about 10,500 residents, which makes it bigger than a lot of Cape Cod towns.

It is similar to Cape Cod, though. It has a lot of colonial history, for one thing. It also has soft sand, parks, a lighthouse, and marinas where visitors can shop and eat.

This midsized town has a “not too big, not too small” vibe. It’s not overwhelming, but it still offers plenty of things to do. Fans of arts and culture should visit the Katherine Hepburn Cultural Arts Center, one of the most popular attractions in the city. 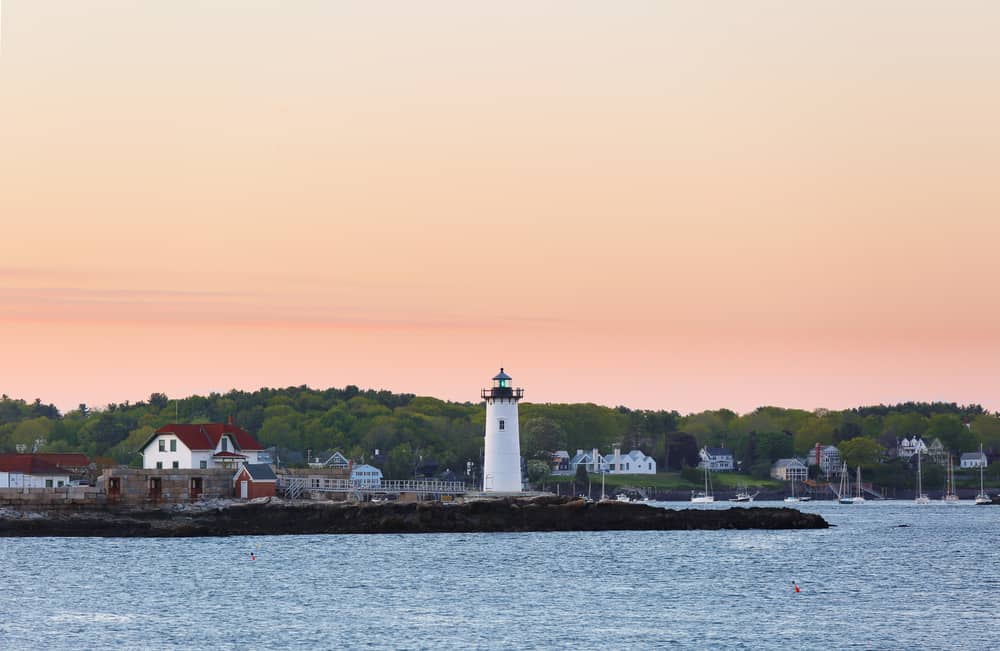 New Castle, NH falls on the smaller end of the coastal town spectrum, with about 1,000 year-round residents. That said, it also has a distinct tourism industry. It offers beautiful historic inns, nature and wildlife, and plenty of other things that you’d find in Cape Cod.

Visitors can take a biking tour of the island. From late May to mid-October, visitors can also tour the Portsmouth Harbor Lighthouse. They can even climb to the top to get a great view of the town. 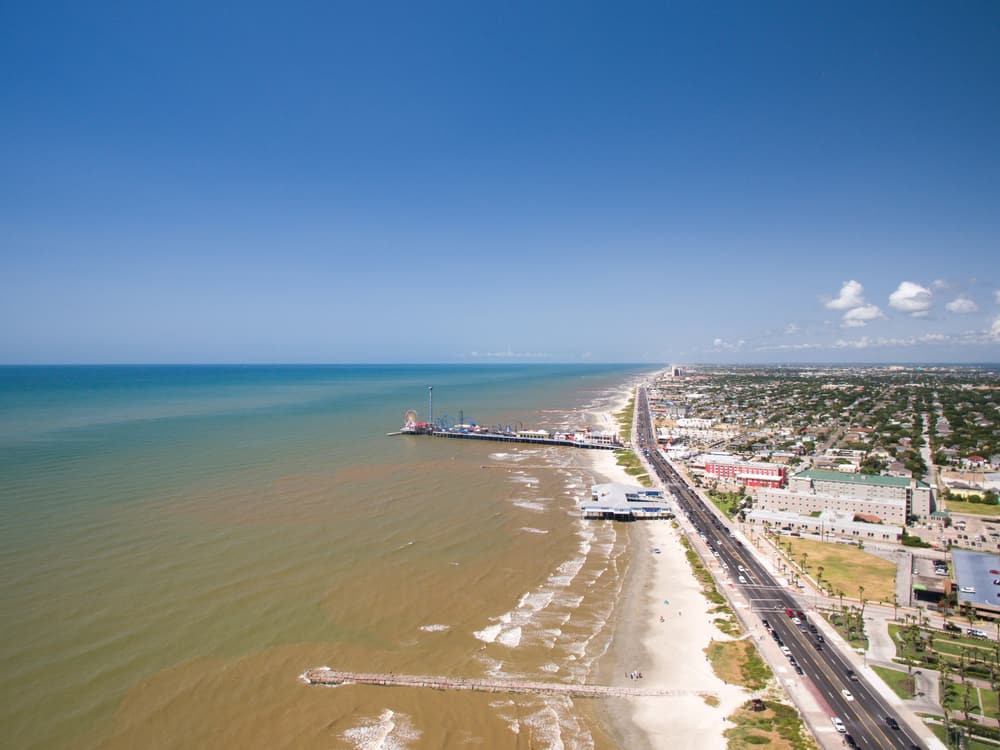 Most people don’t think of Cape Cod when they think of Galveston, TX. For one thing, it’s a big city, with over 50,000 residents. It also has amusement parks and other major attractions. Galveston certainly isn’t the place to find peace and quiet.

However, it still has some similarities to Cape Cod towns. Depending on which parts of Cape Cod matter most to you, Galveston could provide what you need. For example, this island city provides lots of beach space.

It also has a lot of access to nature, fishing, kayaking, and more. The historic sites and architecture may also remind you of Cape Cod towns. 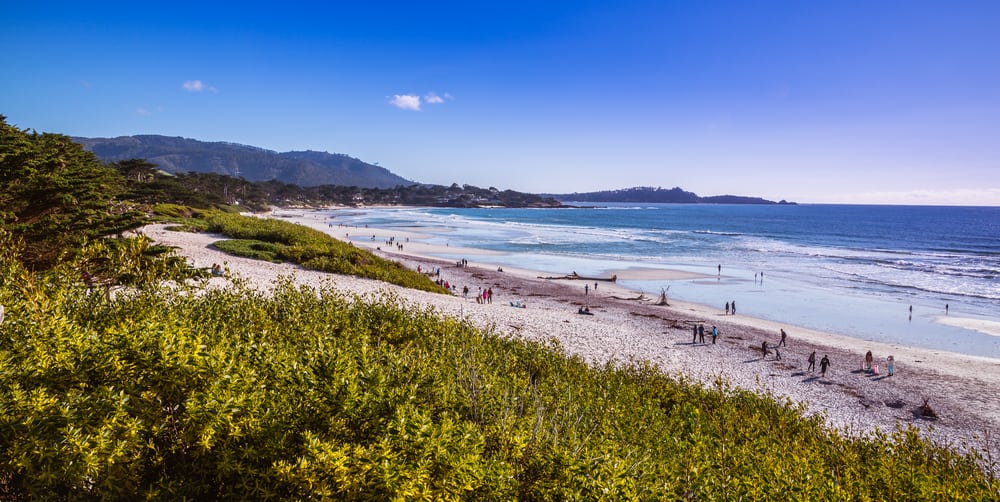 Carmel-by-the-Sea isn’t near Cape Cod. In fact, it’s on the opposite coast, in California. However, this small beach town (less than 4,000 residents) has a lot of the things that people look for in Cape Cod.

It has a rich history, distinct architecture, and an old-fashioned feel. Carmel has a big artist community. The lovely scenery inspires musicians, painters, writers, and many others. Residents and visitors enjoy Carmel’s art galleries. 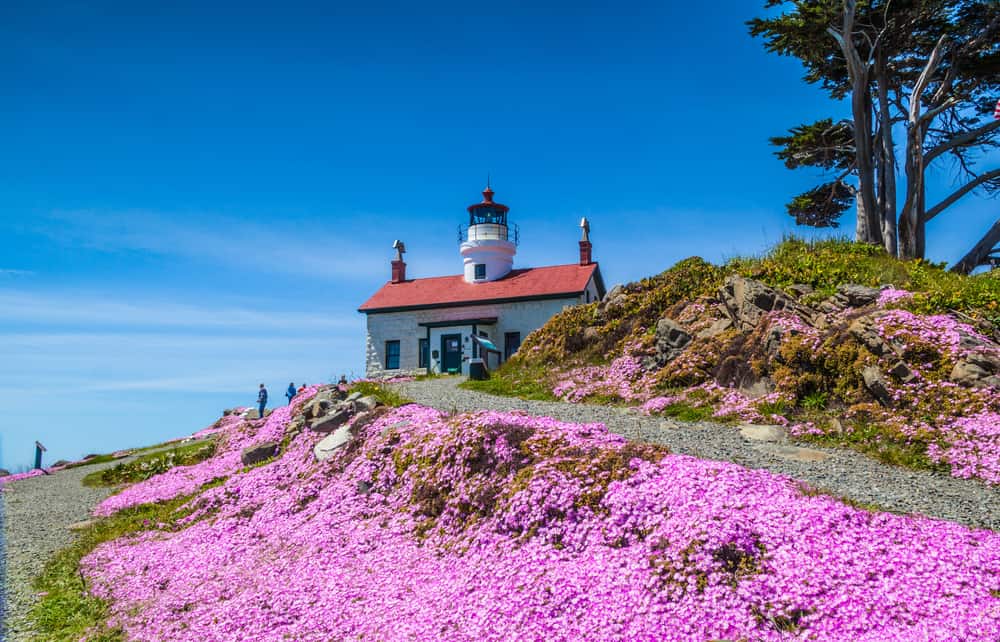 Crescent City is another California town that makes the list. Though this city is in California, its climate isn’t very different from Cape Cod’s. It’s in the northern part of California, so it has cooler temperatures than a lot of other beaches.

Battery Point Lighthouse is a popular choice for visitors, but make sure that you look up tide times before you go. Visitors can only reach the lighthouse when low tide permits travel.

Crescent City also provides easy access to nearby state parks. Though it is a fairly small town, Crescent City sees a significant amount of tourists. 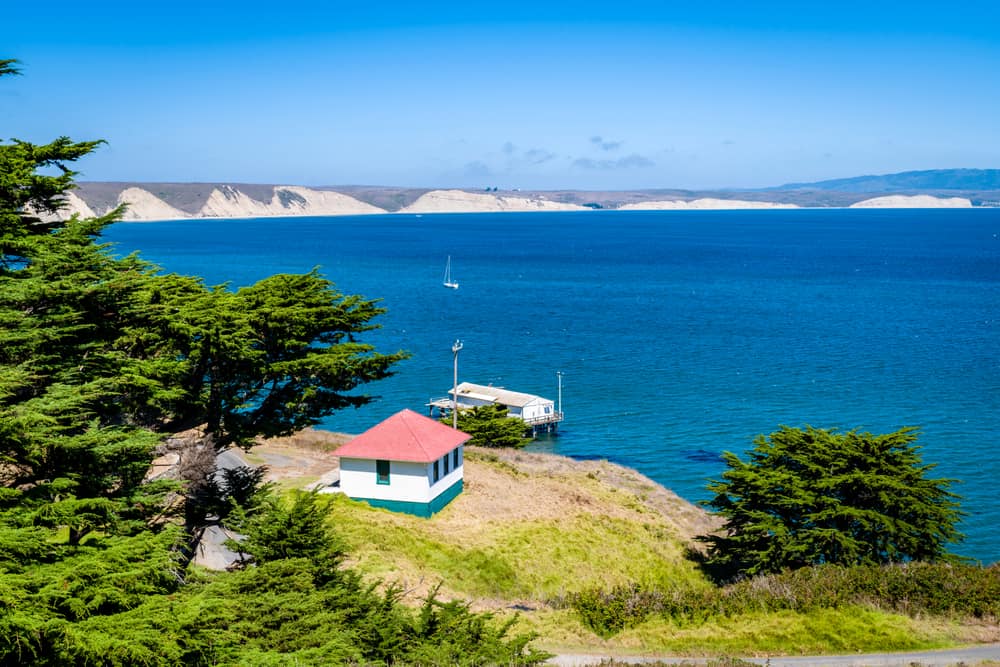 For those who want the small-town aspect of Cape Cod, Inverness provides just that, but it provides it on the west coast. It also has some Cape Cod-like attractions, including the Point Reyes Lighthouse.

The Point Reyes Boat, a beached shipwreck, is a popular site for photographers. Otherwise, Inverness’s main attractions consist of natural beauty. Its beaches provide a quiet place to read a book, build a sandcastle, or just listen to the water. 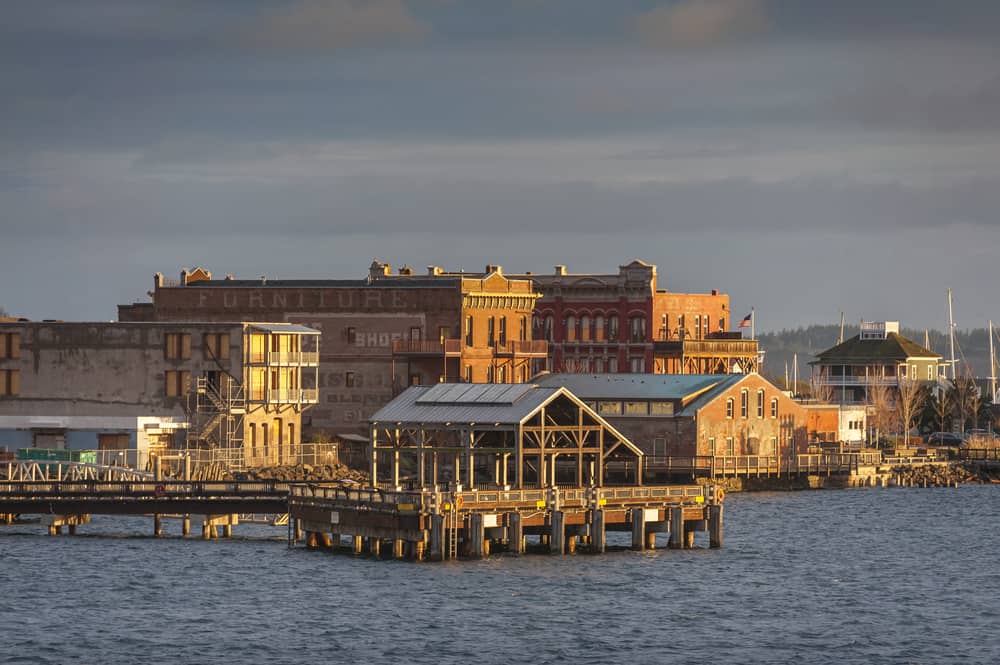 This medium-sized town has a heavy Victorian influence, so it’s a fun place for history buffs to explore.