You can be assured there's a logical explanation why your food may still end up charred no matter which oven you pop it in. We'll look into the science of that as well as help you determine which type of oven best suits your needs. 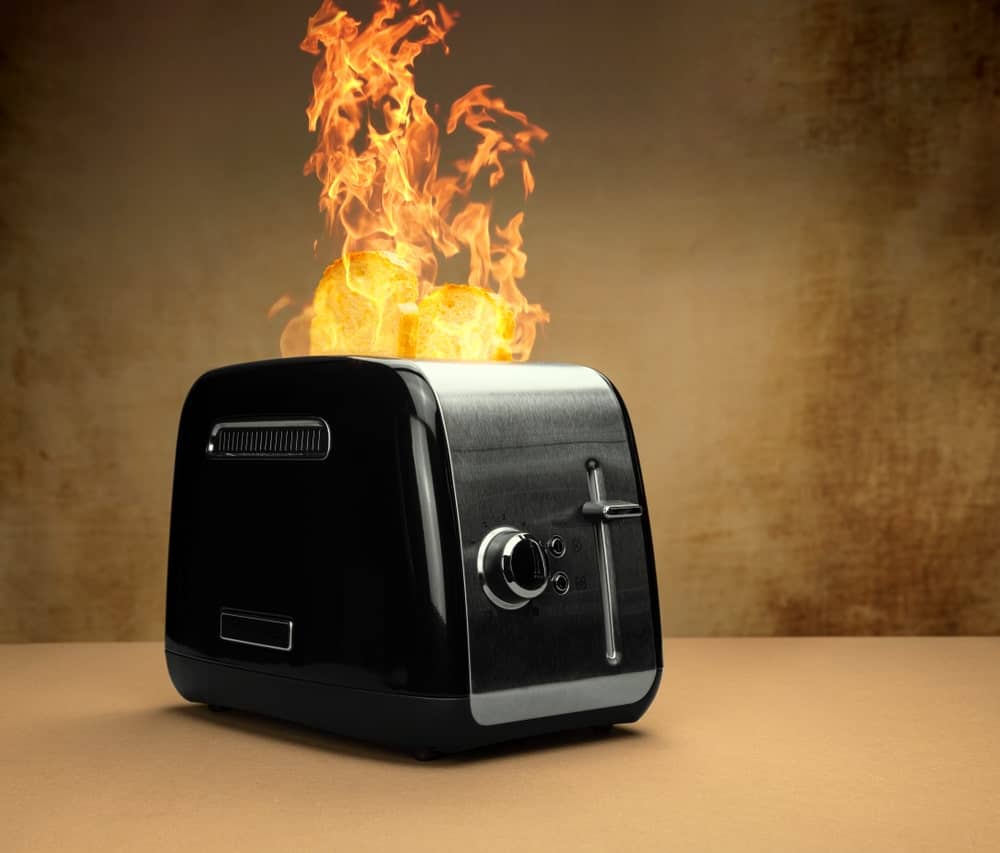 Have you ever gotten excited about some nice crispy toast for breakfast, just to find that the bread is still bunny-soft or now resembles the remnants of a campfire? Amplify this annoyance up a few notches when you live in a small place that either lacks an oven or makes it too difficult to use.

Charring things by accident is often just part of cooking and baking, either out of forgetfulness or having poor spatial reasoning or executive function. Or in the cases of some of the hilarious foibles, I remember after the oven got ripped out of my family’s kitchen and never replaced, using children’s art scissors in situations when you really need a hacksaw.

But the amount of heating elements we have out there these days is dizzying. Toaster or convection oven? Why a toaster oven instead of those slice toasters? If you’re lucky to have counter space, why not BOTH? Regardless of which one gets used, why must shit keep burning in them?!

Fear not. We got you covered with this guide to various heating and toasting elements, and why things tend to burn in them, so you can sort out which one is best for your needs. But first, stand back because we’re going to do some science.

Understanding Why Heat Disperses The Way It Does 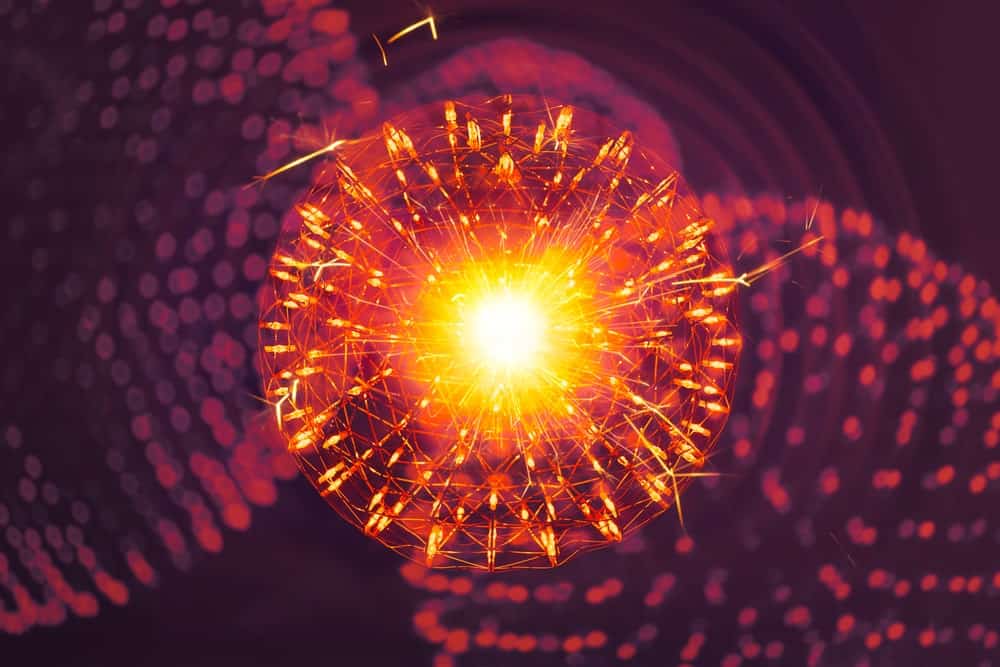 The fancy-schmancy science word for how your toaster works are thermodynamics. But if you fell asleep during chemistry or physics class, don’t worry. The concept is easy enough to understand.

Think about how it takes so long for a real oven to heat while your toaster oven takes less than half the time. This is because of heat flux. Heat flux is the rate at which heat transfers per the unit of measures, such as square feet or inches. Do the heat particles necessarily move faster in the electric current from a small toaster oven in comparison to a gas-driven oven pilot? (Or simply a larger electrical unit, as is the case with electric stoves?)

It depends on the model, and I don’t feel like going all Breaking Bad on your ass. But suffice to say, yes, the reason why your little countertop heating element is preheated in just a few minutes while your big oven needs at least 10-15 minutes to properly preheat is that the heat flux is so much slower with the latter.

In addition to the heat flux, there’s also just so much more space that needs to heat up. The average oven range found in most American homes is 30″ wide and 36″ high, with a depth of 25″ (not counting extrusions like the knobs and door handle). Freestanding single-wall ovens have similar average dimensions, about 30″ wide and 24″ deep. Compact units come in 24″ and 27″ sizes while wide “pro” ranges can be 36″ wide. Think about how it would take you so much longer to travel from your house to the next town 20 miles away compared to a house three blocks away. Same idea here: the heat particles take longer to travel, so the bigger the oven, the longer it’s going to take to preheat and guarantee even results.

Toaster ovens and slice toasters just make our lives easier, because who has time to attempt getting the oven hot enough to toast a bunch of bread when they’re trying to beat morning traffic? You need that speedy heat flux so you can quickly cram that toasted bagel into your face hole then dash to your fluorescent-lit prison before you get written up.

Once you pop your food inside the heating vessel, convective circulation takes place. Convective means that one body heats another, not much unlike your beloved spouse or that one-night stand you regret. The heat is transferred from the heating element and the conducive bits, like toaster coils or the metal racks or trays, transfer the heat to your food.

In the tinier spaces with faster heat flux like toaster and convection ovens, that heat transfers much more quickly. This is why slice toasters have prevailed and still sell, even though toaster ovens have been on the market for decades. The heat zaps INSTANTLY to both sides of the bread, for optimal toasty results.

Toaster ovens can still make good toast, but the heat flux is actually slower than the slice toasters and distributes more unevenly than an oven– which is still fine for when you need toast fast, but not so great if you cranked up the heat too high and your toaster strudel is now a burn victim.

I think that’s how it works, anyway. I don’t know, I’m that shitposting toad lady, not Bill Nye the Science Guy. But if you wanted to know why toaster ovens preheat in such comparatively little time to range and single-wall ovens, it’s all about the heat flux.

So What’s the Difference Between a Toaster and a Convection Oven? 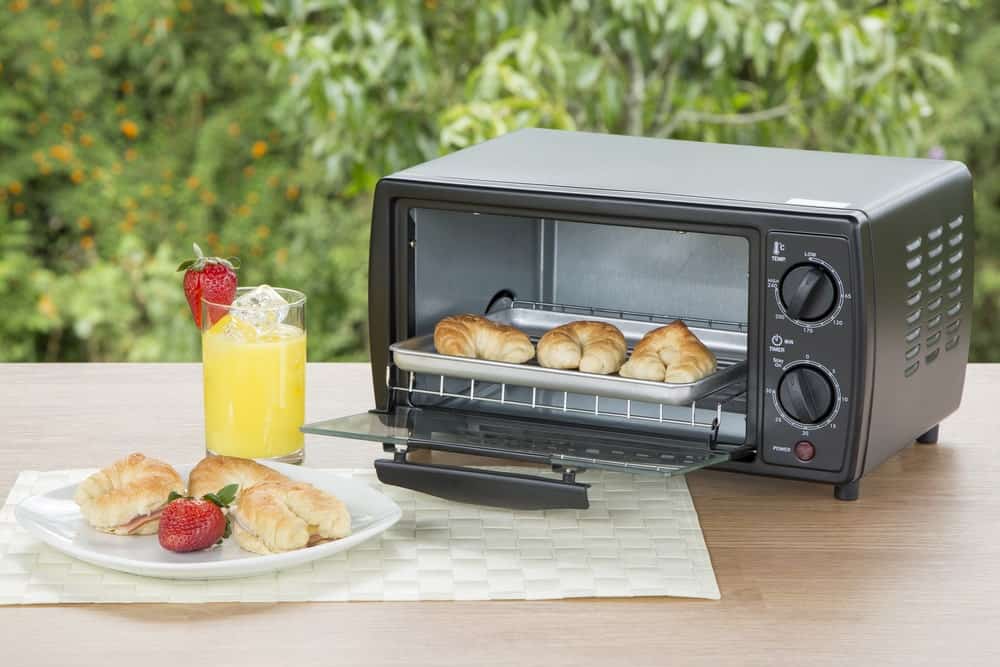 Part of why people keep burning food in the toaster oven is because they should probably have a countertop convection oven instead, and didn’t take proper precautions.

Because the array of countertop heating elements we have today is so huge, and they all promise to do the same things or perhaps specific things (ie “This oven can fit a 12″ pizza!” or “We guarantee our toaster oven fits a whole rotisserie chicken!”) it only adds to the confusion that people use “toaster oven” and “convection oven” interchangeably in conversation even though they’re two different heating elements.

Size alone is not the only factor that separates toaster from convection ovens, although toasters do tend to be smaller. Toaster ovens are designed to toast bread and be able to fit larger items that often don’t fit in slice toasters, such as bagels, rolls, croissants, and frozen pizza.

Convection ovens are devices that are usually built into countertops, but you can get smaller freestanding ones dubbed “convection toaster ovens” designed to sit ON the countertop that is somewhere between the size of a compact oven and a toaster oven. This is what typically leads to all the confusion.

What ultimately separates toaster ovens from convection ovens is that convection ovens use fans, which allows the heat to disperse and transfer more evenly. Because the transfer of heat is so much more circular, opposed to relying on the hotspots in regular toaster ovens where the heat element is so much closer to the food like agitated commuters jampacked together while suffering under Cuomo’s MTA, the food is able to cook more evenly. You’re less likely to run into that “it’s creosote on top while still frozen in the middle” problem.

Why Does My Food Keep Burning in the Damn Thing?! 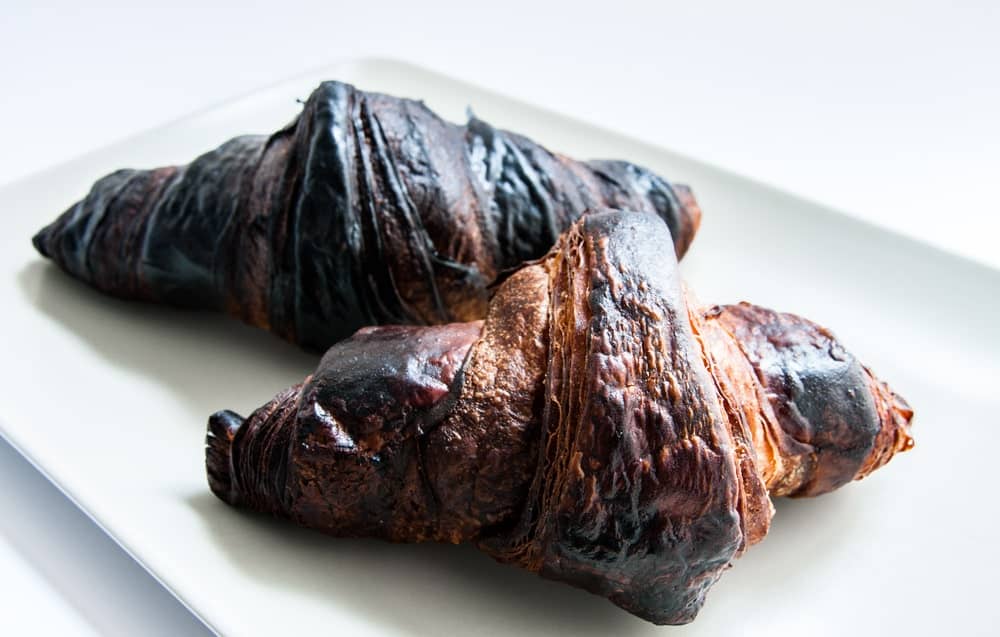 Well, we can only blame forgetfulness, executive dysfunction, and being unfamiliar with cooking this particular item so far. Understanding how toasters’ and convection ovens’ heat elements work goes a long way towards understanding why the things we love keep dying in these devices that are supposed to make our lives easier.

When my parents decided to remodel the kitchen when I was in middle school, it was a project that wound up never getting finished. The oven was torn out in 1999, rotted in the garage for over a decade, and I spent the remainder of my days in that house having to rely on the toaster oven for EVERYTHING if it wasn’t jammed in a microwave. My sister and I would make “mutant cakes” where we’d pop it in the toaster and have to keep scraping burnt layers off while the batter beneath was wetter than mud, then popped it back in until it finally became safe to eat. It would be many years before I could once again enjoy that bastion of school bake sales, Funfetti cake mix, without steeling myself for the occasional mouthful of ash embedded in the frosting.

A few years later in my own apartment, I was excited at the prospect of making a grocery store kaiser roll feel like fresh-baked by “baking” it at 400 degrees for a few minutes. As I was pouring coffee and preparing the other breakfast accouterments, I suddenly saw the top of the roll collapse in on itself and catch fire. Panicking, I opened the toaster oven with the intent to smother the flames out with a dish towel but instead wound up quickly yeeting it out to the point that it slipped out of my hand and right into the sink, giving itself a Viking funeral.

All of this could’ve been prevented by knowing how toasters heat if it was a toaster or convection oven, and keeping the food safe from the upper heat elements.

If you plan to actually bake cakes or other baked goods in the toaster oven, you need to find one that is specifically designed for baking. Back in the late 90s, they just weren’t as common or easily located like they are today. They’re larger and airier with more room for the heat particles to properly disperse and make even contact. But whether you use a baking-specific toaster oven or a normal one, the rule of thumb is that you need to bake about 20-40 degrees lower than what the recipe specifies, and add about 20% more time (20% LESS if it’s a convection toaster oven). Because every model varies so much and things like your ingredients, bakeware, and elevation also matter, keep a vigilant watch on it.

As for things like bread and other puffier items likely to catch fire, this is because the tops heat so easily and can just make things flammable. Covering the top in foil will help conduct heat while also protecting it from catching fire. For dishes that have items which can easily burn but aren’t in danger of causing conflagration, like pasta dishes and mac and cheese, use foil or an oven-safe lid to cover it until the last 5-10 minutes of baking so you still get a nice crispy top but don’t need to call the fire department.

There’s usually a logical scientific explanation for why toaster ovens burn things, and it’s often because the heat is dispersing too quickly but also very unevenly in the process. If you like to make things in the toaster instead of the oven because you don’t have one or it takes too long to preheat, look into getting a convection toaster oven that sits on the counter top. You can get both toasting and baking done in it and with less risk of badly-cooked food or dejectedly scraping burnt edges off things while you fume and hit up Grubhub.

Rachel Presser is a crazy toad lady from the Bronx who was exiled to New Jersey, spending a significant chunk of her youth where all the hideous 1970s couch covers and avocado shag carpeting went to die. Upon escaping the sea of brown and founding Sonic Toad Media, she decided to devote her time to writing from the fantastically-preserved Googie artifacts in LA and former speakeasies in Chicago, to forging new game worlds in the tea lounges of Taipei and Tokyo. She can be found at game jams, hardcore shows, vaporwave dance parties, and petting amphibians on a sensible corner loveseat.
Scroll to Top