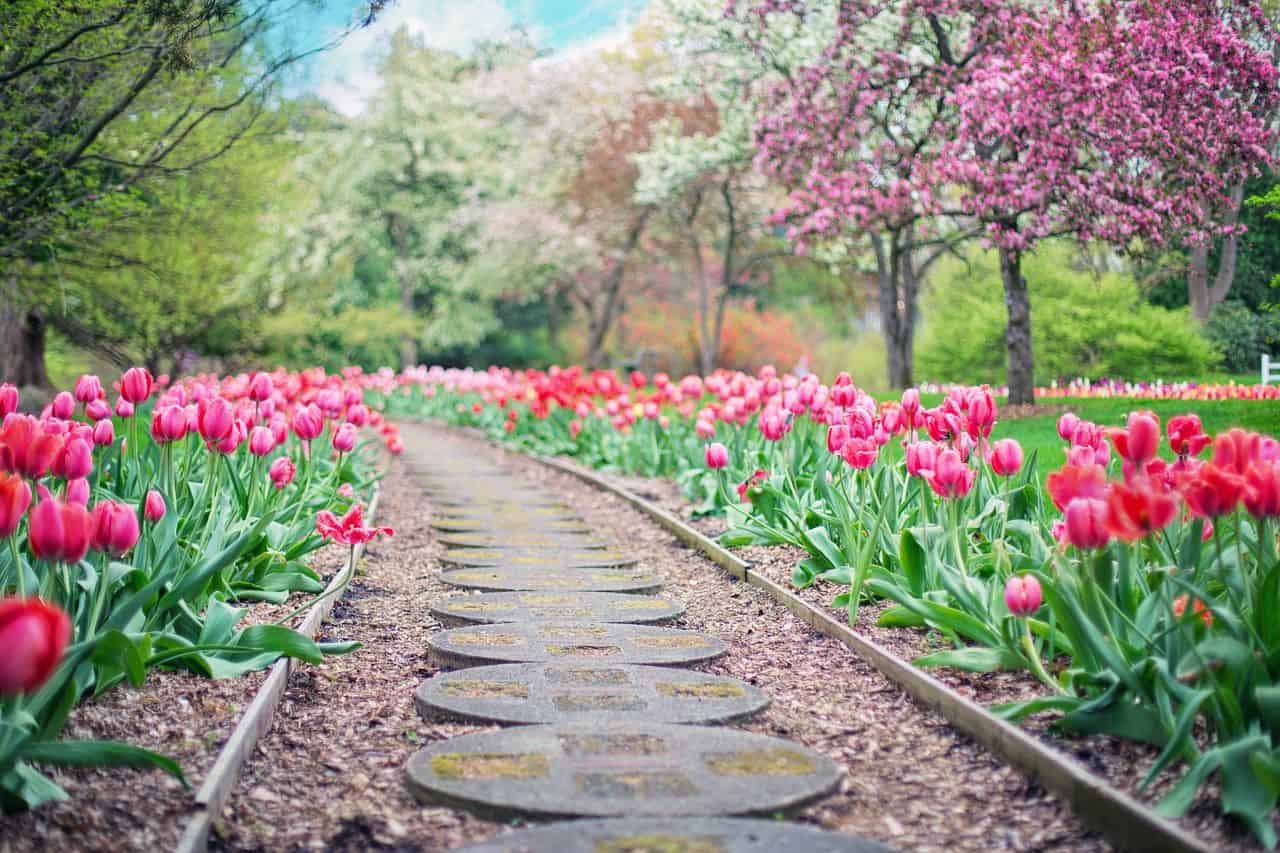 Tulips are some of the most beautiful, most popular flowers in the world. At one point their popularity reached soaring heights they were so expensive that they were even valued higher than most homes.

Read on to know more interesting tidbits about these colorful flowers and what makes them endearing to many across the globe. 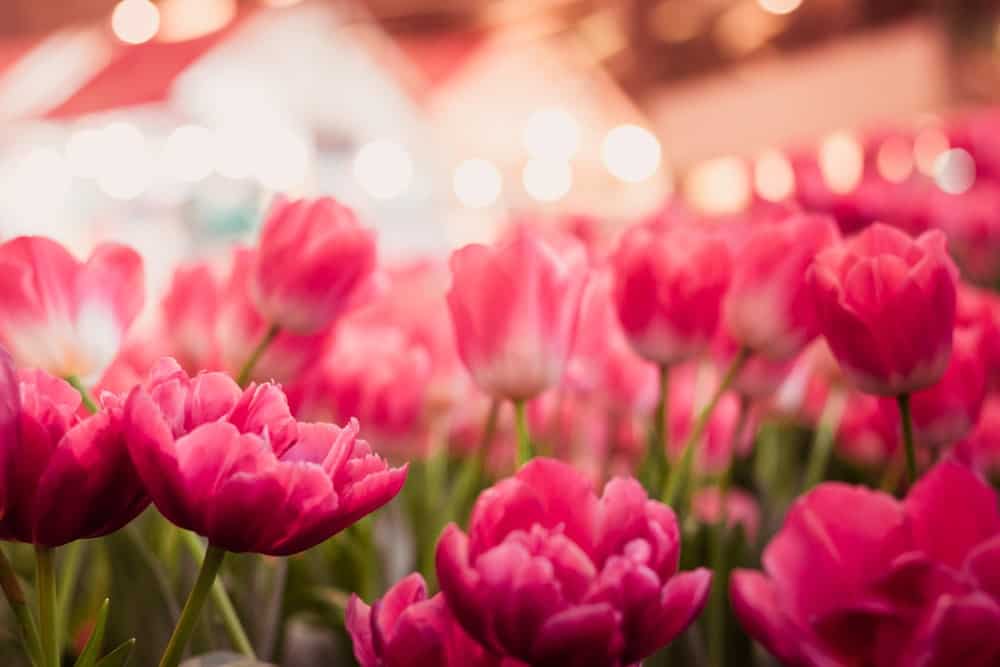 Tulips are one of the widely known and loved flowers. The name ‘’tulip’’ came from the shape of the flower. The word can be traced from a certain Persian word ‘’delband’’ which means turban. Another primary reason why it is linked to Turkey is that the people of Turkey decorated their turbans using a tulip stem. The colorful blooms made these flowers an excellent choice for you. They are neither too bright nor too romantic; they are the best.

Tulip traces its origin to Ottoman Empire which is currently Turkey, thou earlier it was discovered in Central Asia. During the 16th century, there was importation into Holland. They became known after a book was written about tulips by Carolus Clusius in 1952. They were widely known such that at times his bulbs were stolen from his garden. With time they were so familiar and were used in various paintings and festivals. As a result, up to date, Holland is known for the cultivation of tulips and other flowers. 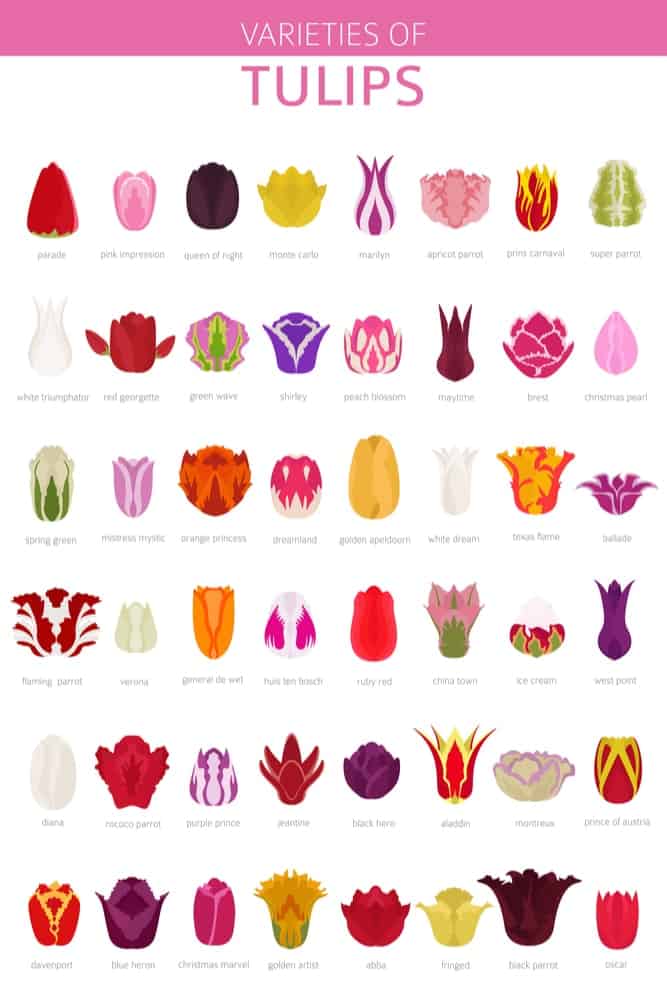 There are more than 14 known species and over 3,000 registered tulips. They have cute names such as Parrot, Rembrandt, and Triumph, Darwin Hybrid tulips or double tulips. The various types of tulips bloom at different times. It can be early spring (mid-March- late April), mid-spring (early-mid May) and late spring (mid-late May). They blossom more in spring because of the cold temperatures at that particular time. 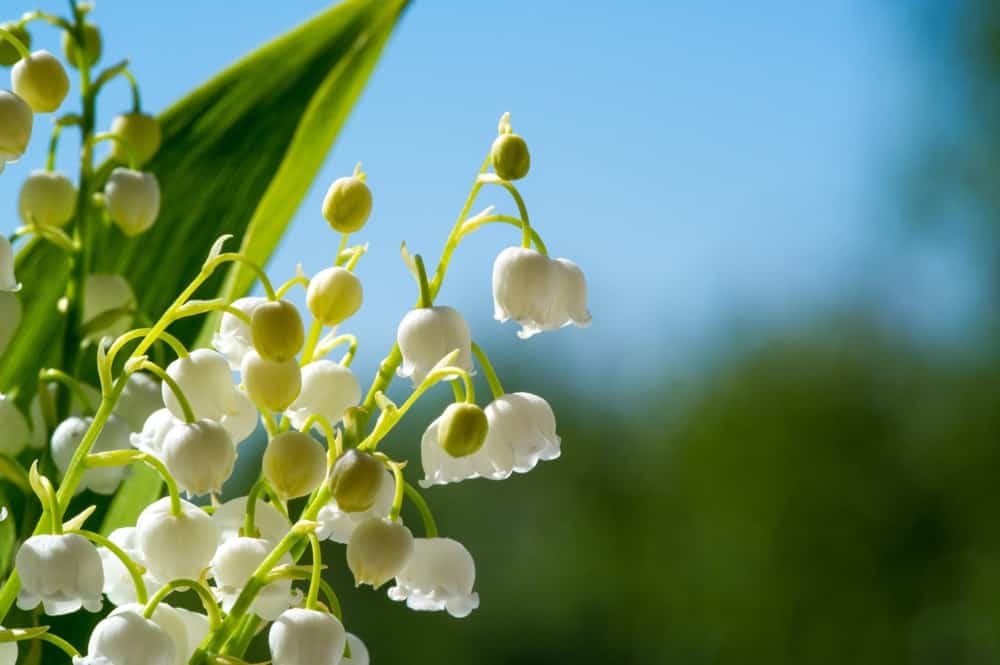 It is one of the flowers in Liliaceae family, along with the other 14 genera. They are monocotyledons, perennial (lives for more than two years), herbaceous (have no persistent woody stem above the ground), often bulbous and geophytes (underground food storage organ). 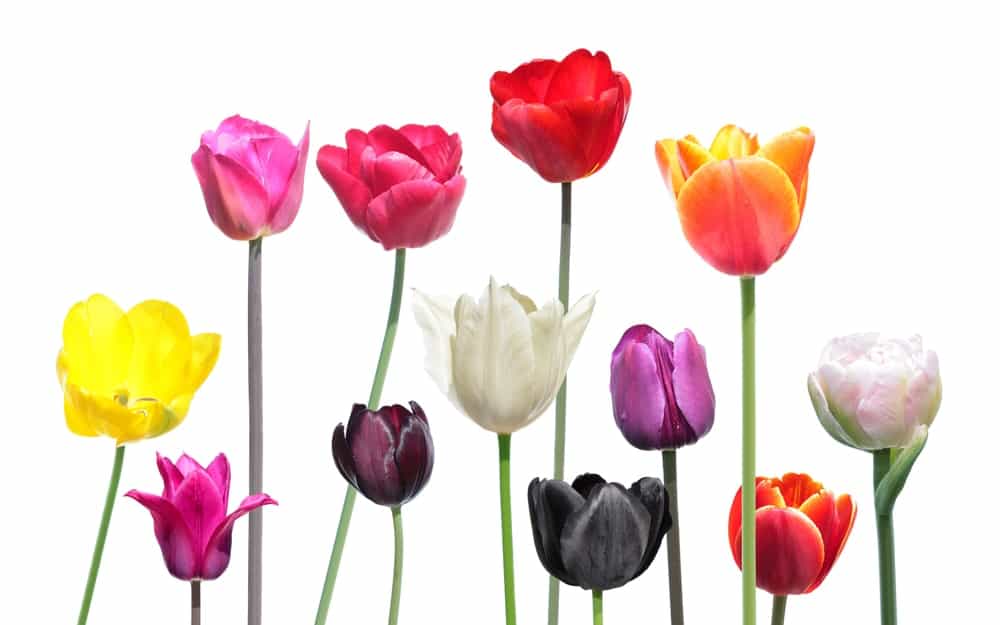 In most cases, flowers enable us to say a lot without speaking. During the Victorian times, different blossoms expressed different meanings. Up to date, we can still use flowers to say something. Like most of the flowers, tulips have various colors implying different things. The red color expresses how one is madly in love. I most cases, they are mainly associated with the 11th wedding anniversary, and if you are planning on celebrating a one year or two years with your partner, then the red tulip is the right choice. Additionally, yellow tulips show hope and happy thoughts. Over the years, yellow flowers were associated with jealousy and unpromising love. But as the years passed by, interpretation changed and now they portray hope. For a good friend, as a show of appreciation for the friendship, a yellow tulip would do. There are various other colors such as white, pink among others. 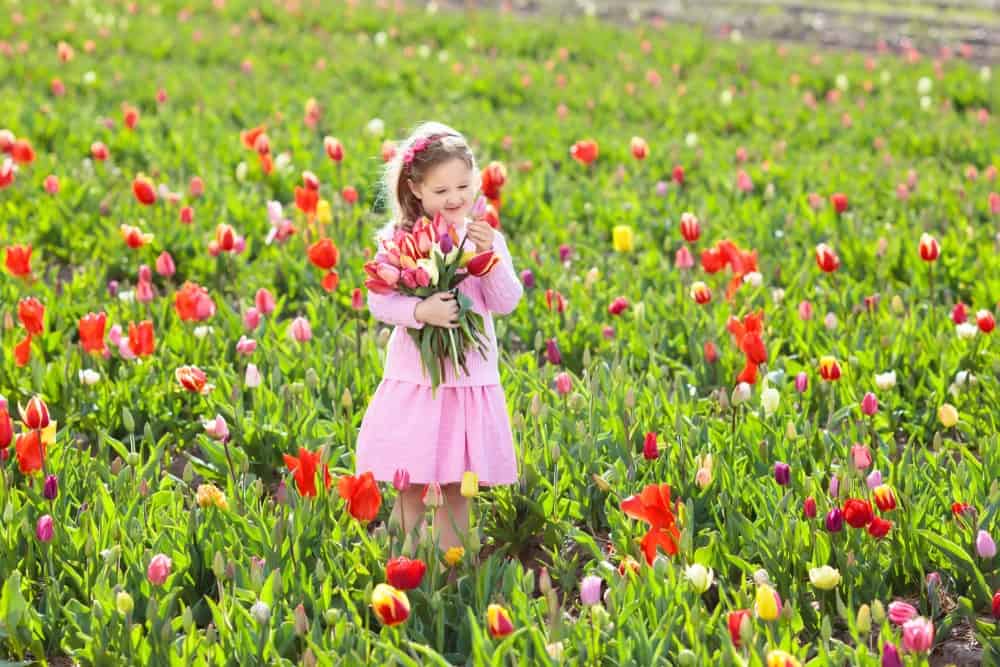 When these flowers are cut, they need much attention for them not to dry up. It is advisable to cut the tulip but leave behind the foliage, for it to build up some energy for blooming. For them to last, they should be cut when they are at bud stage. After cutting, the tulip is put in a vase which has to be regularly replaced. The stem has to be cut at the base for it to grow. With proper care, these flowers can last for about 5 -7 days. When the tulips are cut, they can still grow at least an inch when enough water is in a vase. They always bend towards the sunlight like most flowers. 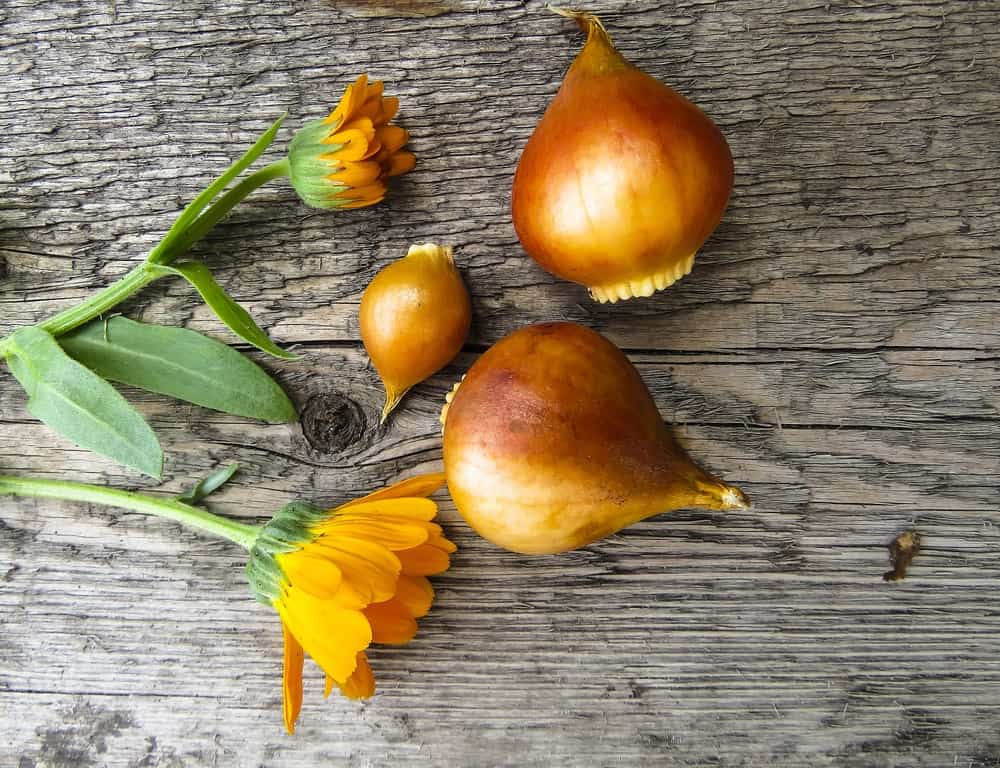 It is so irritating when you are in the middle of cooking, and you find out there are no onions. Worry less; tulips can serve the purpose of onions. The bulb part can be used instead of the onions. Apart from the bulb being edible, the petals can also be used in cooking.

The petals are chopped and combined with a salad. The petals help in adding color to the meal. However, it is not recommended to consume many tulips because the bulbs and petals have small amounts of toxic glycosides. These bulbs were consumed by the Dutch during the World War II, not in substitute of onions but because there was nothing else to eat or some did not afford, and some opted for bulbs. Its petals can be used either as salads or desserts depending on its variety.

Additionally, the flowers are also used in making wine, which most people take at their leisure time. In the kitchen, they can also be used in the kitchen for decoration because of their color.

The flowers are self-sufficient. Instead of growing up from seeds they begin as bulbs. They are different from other species; they are living plants. They have nutrients rather than seeds. At first, they are planted in sandboxes and stored in a cold room. They are later moved to the greenhouse to fasten the growing process. For a planned supplier, he/she can supply for several months without running low of these flowers. After the flowers are in full bloom, heads are plucked off and thrown away. Bulbs are harvested by machines after being washed. For the dried bulbs, big ones can be sold and the smaller ones kept.

Netherlands exports most of the tulip flower, it is the largest producer and exporter. They can be traced back to the 16th and 17th centuries. Over time, the demand for tulip became high. At first, the Netherlands became the place of growers and also those who sold seeds and bulbs. With time it lost its value but gained popularity during the World War II.

Farmers have shifted but when the tulip became affordable, they began cultivation of tulips, and since then it has become a large exporter of these flowers. The flower is progressing very well, and people are pleased with this since it is a source of income for others. Most areas in the Netherlands are cultivating, and statistics show that from 2000, the area of tulips plantation has risen to almost 18% by twenty-six thousand hectares more.

As a result of the exportation of tulips, various tourists visit the place most of the time. 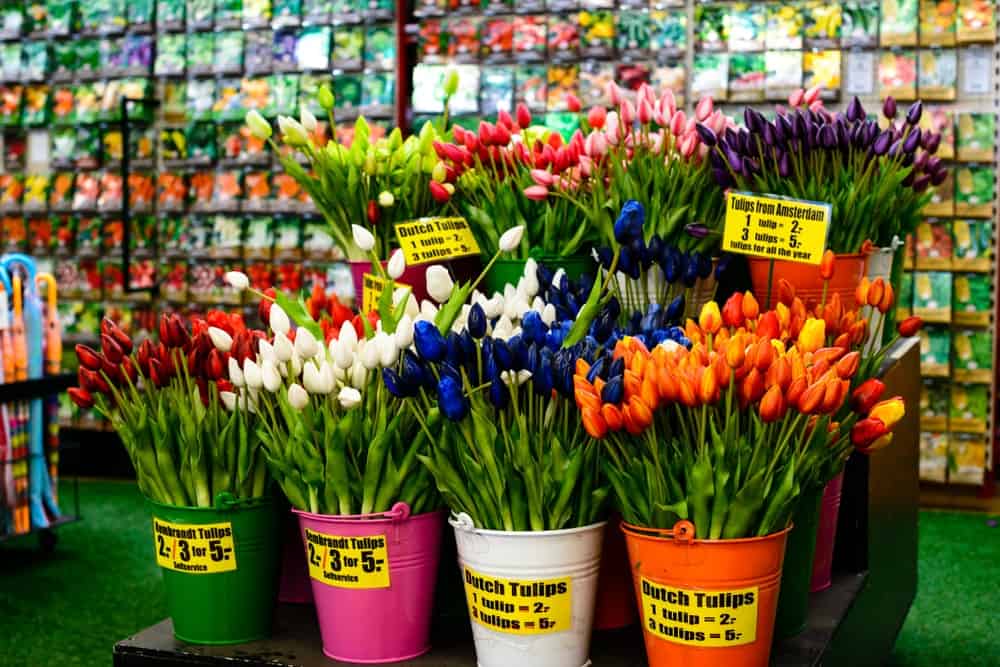 At a certain time during the 1600s, this flower was the most expensive. It was more precious to people than their property. It was ten times the amount of money a working class could earn per annum. In the 1620s, the prices were so high that most people could not afford. There is a story told of the exchange of a townhouse with ten bulbs of Semper Augustus. The prize for these bulbs was so expensive to the extent of replacing it with a townhouse. Even though it was not to be approximated with the bulbs, the offer was rejected. There are records also showing how lands were sold just to get bulbs. According to BBC, a single Semper Augustus was worth 5,000 guilders in 1633, and later in 1637, it raised to 10,000. From 2002-2015, statistics show the prize of tulips. In 2005, the tulip was approximately 42 million U.S. dollars. In 2015, the prize rose to about 57 million U.S. dollars.

Tulip mania took place in the Dutch Age, around the 17th century. It was given a name “Tulip Mania” or tulipomania. It is one of the first unpredictable market bubbles that took place in history. Opinions helped in raising the prize of this flower. The common man will always try out new things, and hence they purchased hoping to benefit. Like most bubbles, people were motivated by greed or the fear of missing out. Those who wished to profit by selling when it was no longer in the market instead were on the losing end. Due to the demand, there was a domino effect, and the prices decreased. 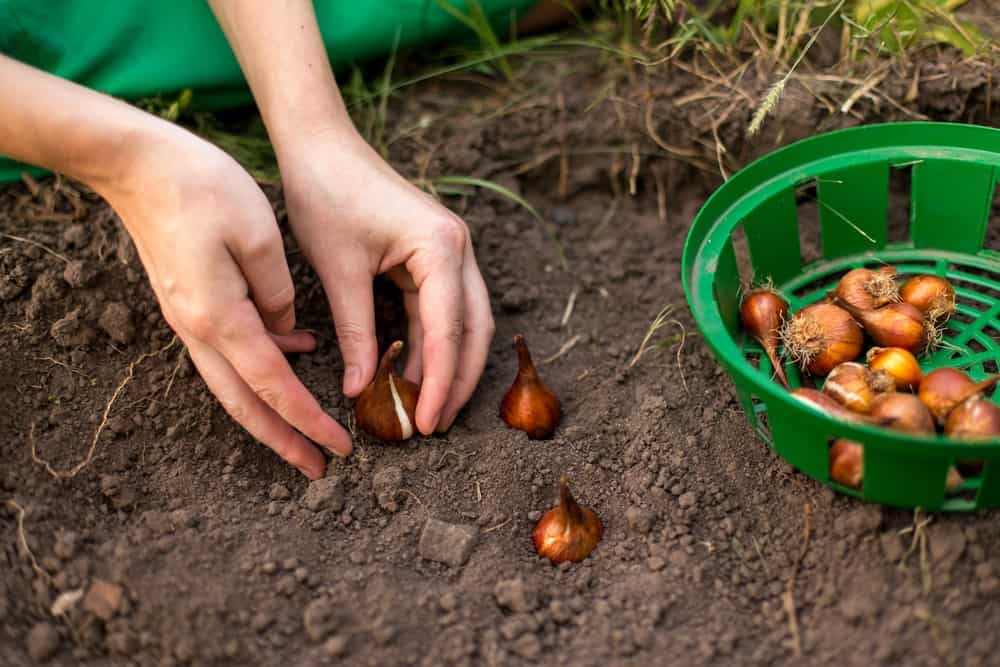 The New York Times suggested that the most appropriate time to grow the hardy tulip bulb is in the fall. The reason behind this is to make sure; they have more time in the formation of the roots before the ground freezes hard. The root system will be in a position to use the soil moisture in spring and hold the bulbs as the flowering action is in place. Leaves will be pushed up first and later the blooms.

Furthermore, when planting, you have to begin with the smallest bulbs, then the larger ones and last are the tulips.

A form of a tribute

In 1886, Claude Monet paid a visit to the Netherlands. He was impressed by the tulip fields around him that he painted them five times. All the five paintings were sold to Theo van Gogh.

In 2105, a specific brown tulip flower was named after Vincent van Gogh since his artworks were the theme of that year. Other people who have had tulips named after them are Mickey Mouse, Rambo, etc.

Over the years, people have competed to grow the black flower. None has been successful; thou some are almost there. On the market, there are flowers like Black Parrot, Queen of the Night. This name can also be used to refer to the method of deportation of the Germans who resided in the Netherlands after the World War II.

Apart from being planted at home because of its color and form, they are essential because of their sweet smell. The smell is not that powerful, but instead, it is sweet and provides a fragrance in the air.

Tulips are sweet-scented, and if you want a flower that exceeds two inches, then you have to be careful when choosing the specific variety. From the different types available, you can decide on the one you prefer most. The yellow, bronze brown or the bronze orange are refined with a spicy scent. 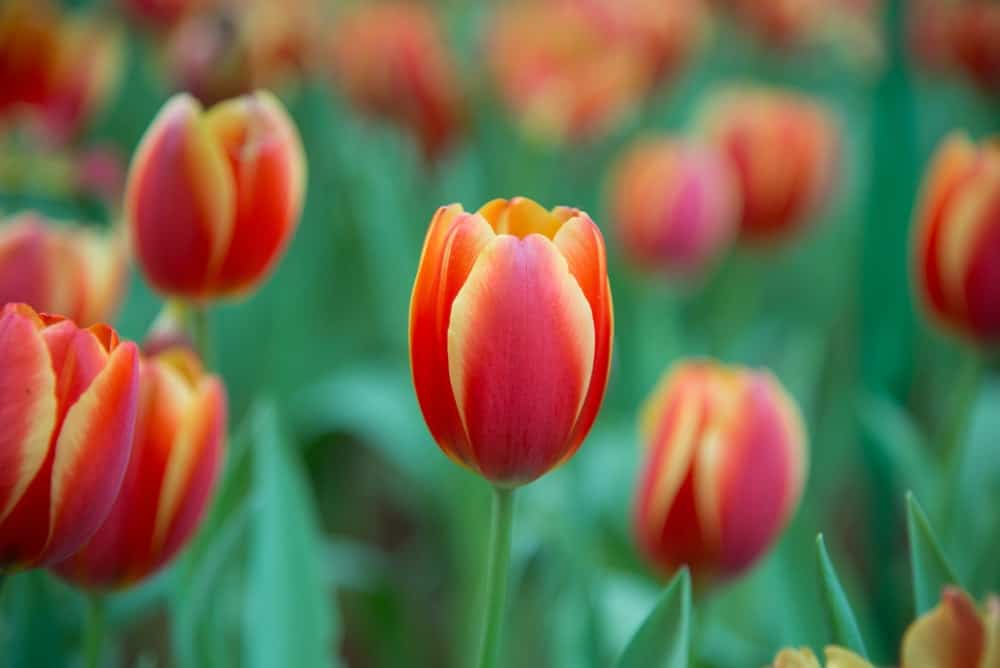 Carolus Clusius became the first person to identify the broken tulips. When he was made the director of University of Leiden’s botanical garden, he planted the tulip bulbs. The broken tulip was an infection which is the reason behind the winning streaks in petals. Apart from making the flowers bloom in various patterns of flames and feathers, the viral infection also kills the plant.

They grow naturally in parts of Europe as well as Asia. In general, they do well in most British gardens. Even though they do we do well in any type of soil, they prefer sandy soil with more organic stuff. They also do well in fast draining soil because the wet soil tends to make them rot. 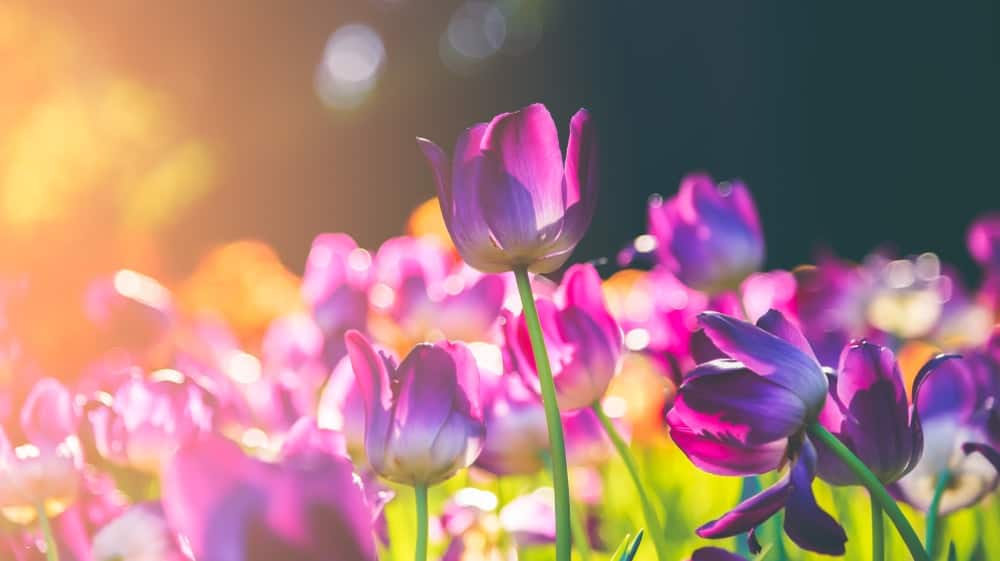 Tulips are easy to plant or buy anywhere in the country. They are found in most UK shops as either bulbs or cut flowers. Online services of tulips are also available, and in case you want to purchase it is more convenient when it is done online. You make the payment, and they are delivered on time. Choose the preferred color and inform them if it’s the bulb or flowers that you need. Surprising a friend with a flower may make him/her smile throughout the day.

Poisonous for some animals 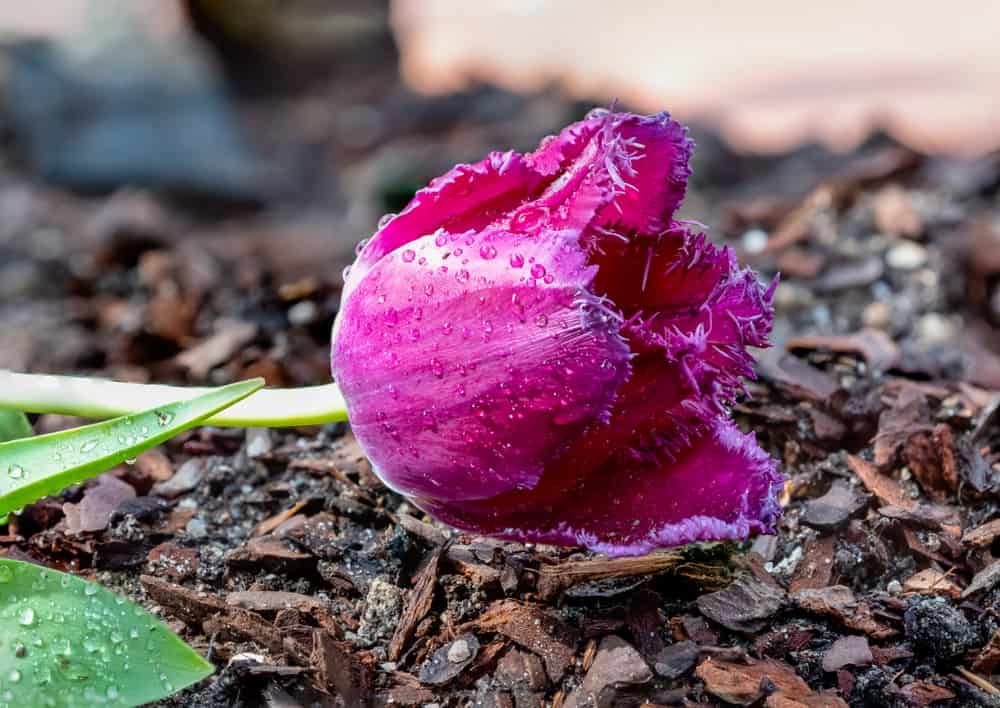 Tulips are not that good for consumption for some of the animals. They contain a substance called tulipalin A and B. These substances are not suitable for horses, dogs or cats. Take care of your pets to avoid unexpected deaths. Chewing some of the plant parts or the bulb may cause tissue irritation for some people.

The skin irritations are reported by people who handle most of the tulip bulbs. The tulips also contain some toxic substances that may cause dizziness, abdominal pain or at times convulsions. In most cases, the leaves, stems, berries, and roots have the poisonous elements. Most concentration is in the swollen underground stems.