Those Blue Baby Yoga Cookies are the newest craze on the internet and it is one of the best things that ever happened this year. Everyone, to baking stations. 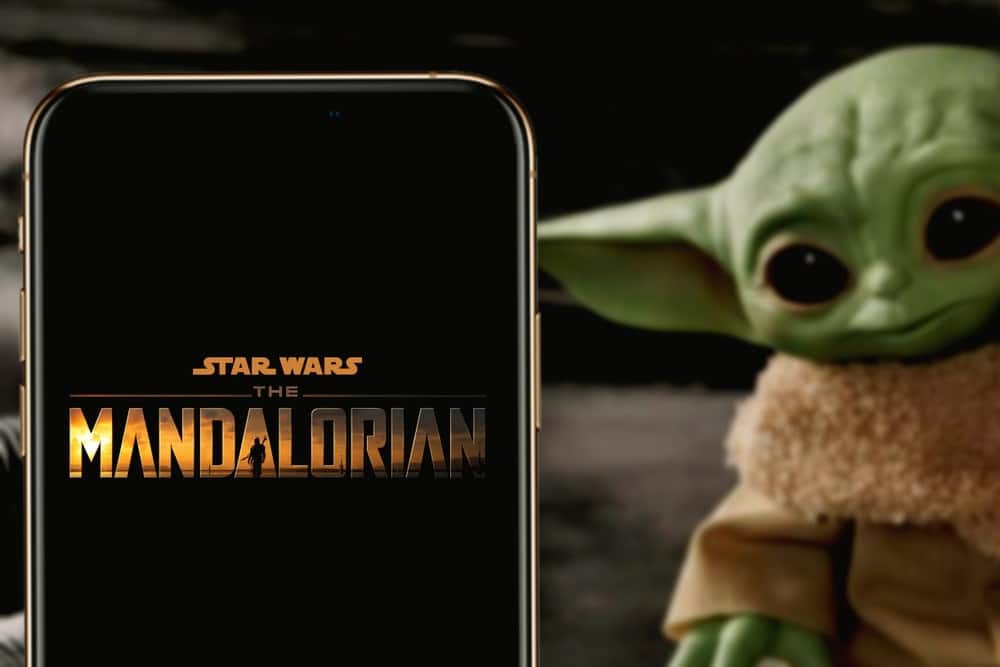 I spend an inordinate amount of time shitposting on Twitter. Often, to the severe detriment of my mental health and productivity. Tweeting in my thirties is like what smoking was to me in my twenties, especially since COVID has me stuck at home and unable to see anyone. Now I’m feeling nostalgic for MySpace all of a sudden: Tom was a mensch who was everybody’s friend. He just bounced to Hawaii to take nice pictures and live the good life after he got his check from Rupert Murdoch, he never had to testify in front of Congress for pushing misinformation to make a few bucks, and showed your feed in real time.

Twitter is not real life, but it has a finger on the pulse of the world whether we like it or not. People find actual friends and start relationships there, they build audiences, and all manner of beautiful and horrendous things take place. Sometimes, there’s a discussion or nuclear take on there that winds up forgotten as the Internet moves on to other things. Other times, a conversation or two, a meme, a topic– they become permanently embedded into Twitter lore.

And few things are now as deeply set into that lore as Baby Yoda and the Mandalorian.

I’m actually not that deeply into Star Wars lore, though I see people on my timeline discuss it frequently. I remember the original movie from when I grew up, and seeing newspaper articles in middle school about people who camped outside this megaplex near me when The Empire Strikes Back came out. I recall it was heavily merchandised? But I’ve otherwise mostly stayed mum on this fandom. Hey, go enjoy it if it’s your thing, but someone not being into Star Wars isn’t a fake geek or whatever.

Every now and then, a follower or fan tries to upset me with that GIF of Baby Yoda eating a frog. Amphibians are for loving, not eating!

Baby Yoda’s favorite blue cookies will set you back $50 a dozen https://t.co/6zW2dvAzVa pic.twitter.com/n1L1L5JhnR

Or more accurately, Williams-Sonoma who snagged the licensing deal in question. A retailer TOTALLY known for their reasonable prices on bakeware, and box mixes that cost more than ordering the same meal or dessert at a restaurant.

So, $50 for a dozen macarons is pretty outrageous given that you can support a local bakery making fresh ones for far less. Seriously, those packaged macarons sold at high-end gourmet stores…are never good. They’re like incredibly sad versions of the real thing. All of the calories, none of the joy. The worst of both worlds, like the Staten Island of packaged cookies.

They crunch too hard like you’re eating that “space ice cream” that was a gimmicky 90s kids’ gift. If you’re too young or old for THAT frame of reference, imagine some spackling compound covered in that vanilla powder they have at Starbucks.

That’s about how much I paid for this hubcap-sized macaron in San Francisco, in that beautiful Before Time when you could actually go out and be among people.

It’s not just the dollar to cookie ratio that is subprime here. There’s not even anything about these blue macarons that are uniquely related to Stars Wars! 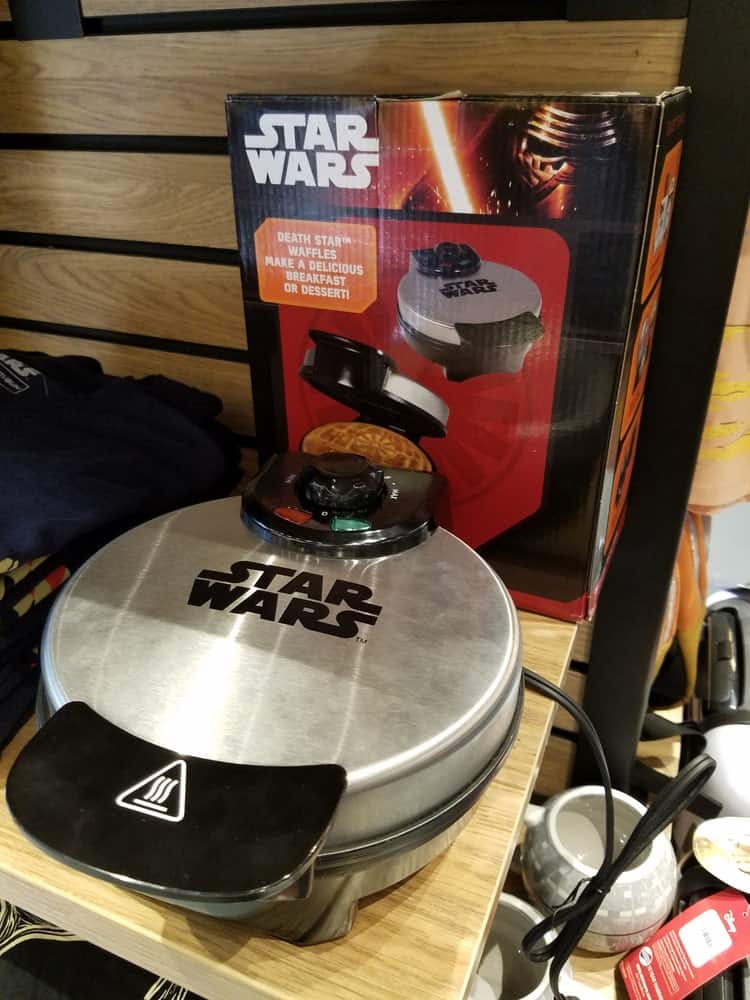 There’s not even a little sugar dusting of Baby Yoda on there. No unique flavors either, according to a snippet of the copy from Williams-Sonoma’s own website,

“For authentic galactic flavor, each exquisite treat is artfully hand-piped with a rich, creamy vanilla filling.”

Vanilla macarons are quite tasty, but given that price point and the hype, wouldn’t you expect them to be just…a TAD more special for $50? Like that’s Tahitian free range vanilla or something. Or Dominique Ansel himself is sending you these baby blue cookies through Fedex and you get a selfie of him with a Baby Yoda doll or something. 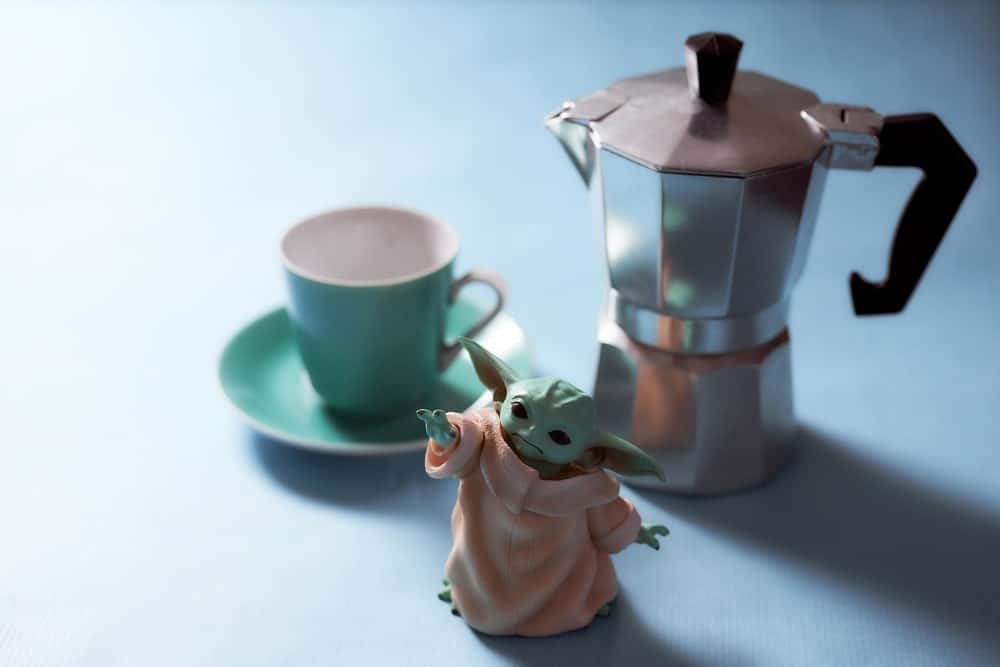 Cmon, look at that teacup perfectly matches the cookies from The Mandalorian!

But if you look closely at The Mandalorian screenshots, they REALLY look like this: 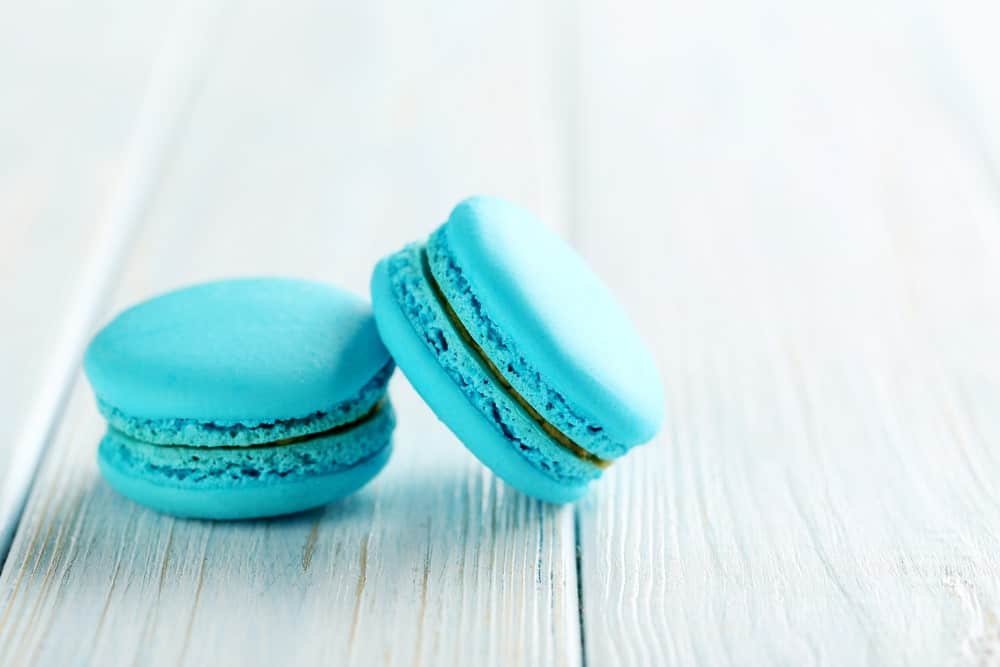 Actually, just the top half. Not even the entire macaron sandwich. So not only is the color wrong, but it’s only the top half of a macaron with no filling, and it’s somewhere between a standard macaron size and that gigantic one I got in San Francisco.

Well, they do sell another set of equally overpriced macarons in different colors that at least resemble Star Wars iconography and have imprints of Darth Vader, the logo, and whatnot. 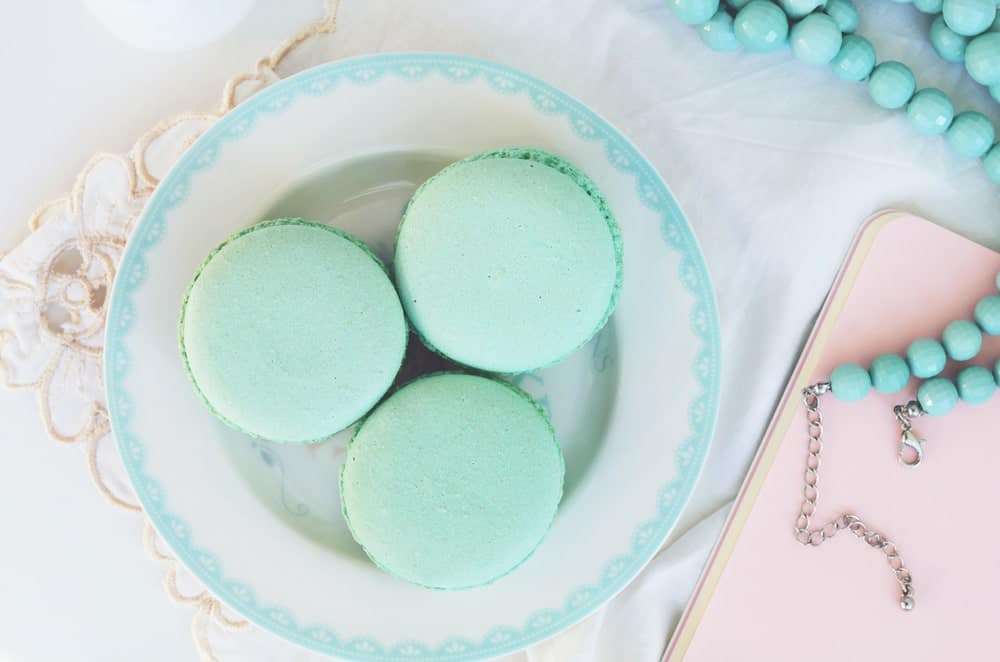 Come now, what stokes the outrage machine so is that Star Wars is for the masses. It’s a gigantic IP countless brands have been milking for decades, and well…it’s definitely not the kind of thing I think of if I was going to buy a gift for someone or some super fancy thing for my new digs at Williams-Sonoma.

You want Star Wars swag, you’re getting that Death Star waffle iron at Target or a Funko Pop at Hot Topic while scouring eBay and Etsy for cool things that may or may not have liberal application of copyright laws.

So we’re here before the inevitable geeky chef blogs start posting their own recipes for making Baby Yoda inspired macarons!

you could just get one of those slice-and-bake sugar cookie tubes if baking from scratch isn’t your thing, rub in some blue food dye, and boom, Baby Yoda cookies for $3 https://t.co/2Uk2dF7Yon

Macarons are one of the most expensive and time-consuming types of cookies one could possibly make. They are not for the faint of heart and inexperienced bakers. And if you have a tiny NYC kitchen? Those French almond cookies are gonna laugh in your damn face while you weep openly, sob over the $25 of ingredients you just threw in the garbage, and check who’s delivering on Postmates.

So if you just want a simple thin blue disc cookie, and are not the most confident baker in the world? There’s nothing wrong slice-and-bake sugar cookies and balling up a bunch of gel paste food coloring in. If you’re using that traditional squeeze liquid dye from the grocery store, the professional cake decorators at Leaf.TV suggest four drops of blue and one drop of green.

Now were you thinking about how you’d like an almond-like cookie you can make from scratch, but isn’t as labor-intensive as the macaron?

Power Hungry’s 3-ingredient almond flour cookies are pretty awesome, and you just have to amp up the food coloring game! If they’re not sweet enough for you, add some more sugar and bake for a little longer. They don’t quite have that macaron feel, but definitely some of the taste given that the main ingredient is fine-ground almond flour. These cookies are my go-to recipe whenever I have almond flour that’s about to go rancid, and I don’t feel like making energy bars or those sad “bread-free breads” which run from “fairly tasty” to “this is pretty much the antichrist”.

But you, you’re a masochist. You want that perfectly flat teal disc that looks just like it does in The Mandalorian. You want to make real actual macarons using an authentic recipe and go through all the trouble of aging your egg whites, carefully weighing your ingredients, doing constant trial and error to get proper macaron feet, and then finally cooling and assembling the finished product just to let it age for ANOTHER two days.

It turns out that Corinne from Threadbanger already beat you to the punch: even down to the actual COLOR.

Around the 3-minute mark, I caught that she used just a smidge of Wilton gel coloring in Teal. Gel food coloring is extremely intense, you really don’t need a whole lot of it! It produces better and more even results than the squeeze bottles of liquid dye you can find at most grocery stores, but if you’re not ordering it online, you usually need to go to a specialty crafting or bakeware retailer like Michael’s to find this stuff.

I’ve already got plans for making pumpkin swirl cottage cheesecake for my quarantine Thanksgiving by myself, but I’ll probably give my own spin on Baby Yoda cookies a whirl since why not, it’s a weekend for relaxing and baking. I can freeze them after.