If you are going for that unique Thanksgiving celebration and spread this year, take a look at these various Thanksgiving turkey alternatives.

Have you ever felt like maybe you didn’t want turkey for Thanksgiving? If you ever have, you probably didn’t tell anybody…because what would they think? After all, what else besides turkey is there for Thanksgiving?

There are lots of reasons why turkey might actually not be on the table at your big meal. Explore all sorts of tasty turkey alternatives that you can serve along with, or instead of, the traditional Thanksgiving bird. Because every once in a while, it’s not a bad idea to shake things up.

The Thanksgiving without a Turkey

Turkey has pretty much become synonymous with Thanksgiving, so much so that the holiday itself is called “turkey day.” But there are lots of things you can eat for Thanksgiving instead of turkey. In many different regions of the U.S., turkey isn’t even the entree of choice already! 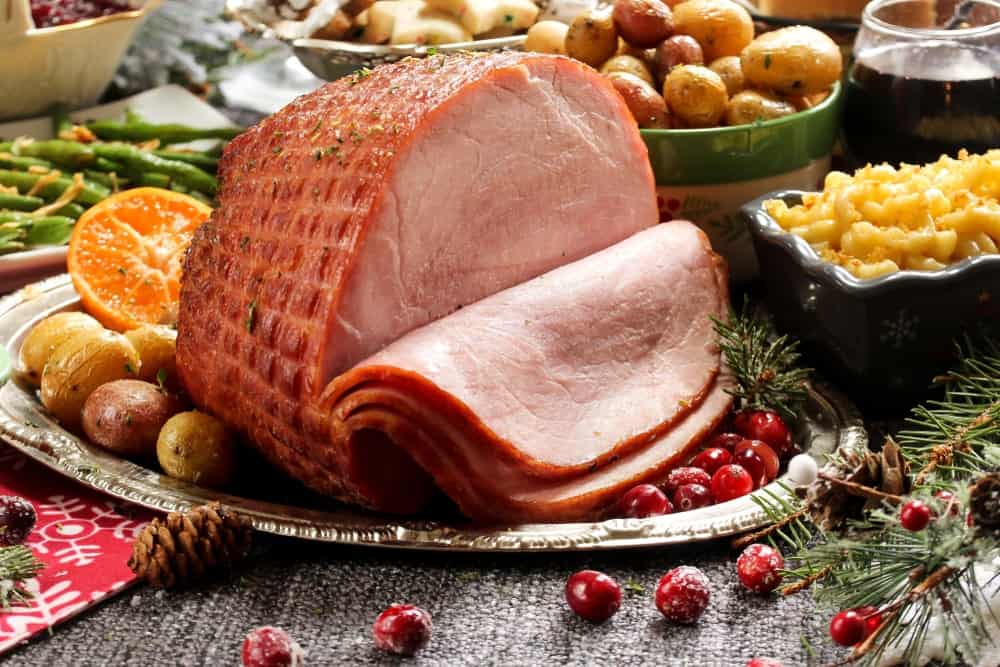 Glazed ham is always a holiday season favorite and it’s very easy to find recipes online. During Thanksgiving, it can be difficult to find a good turkey at the supermarket. There should be a great selection of hams ready to go, however. Ham doesn’t take as long to cook as a whole turkey and it still has that holiday flavor to it. Ham also tastes great with classic Thanksgiving stuffing. 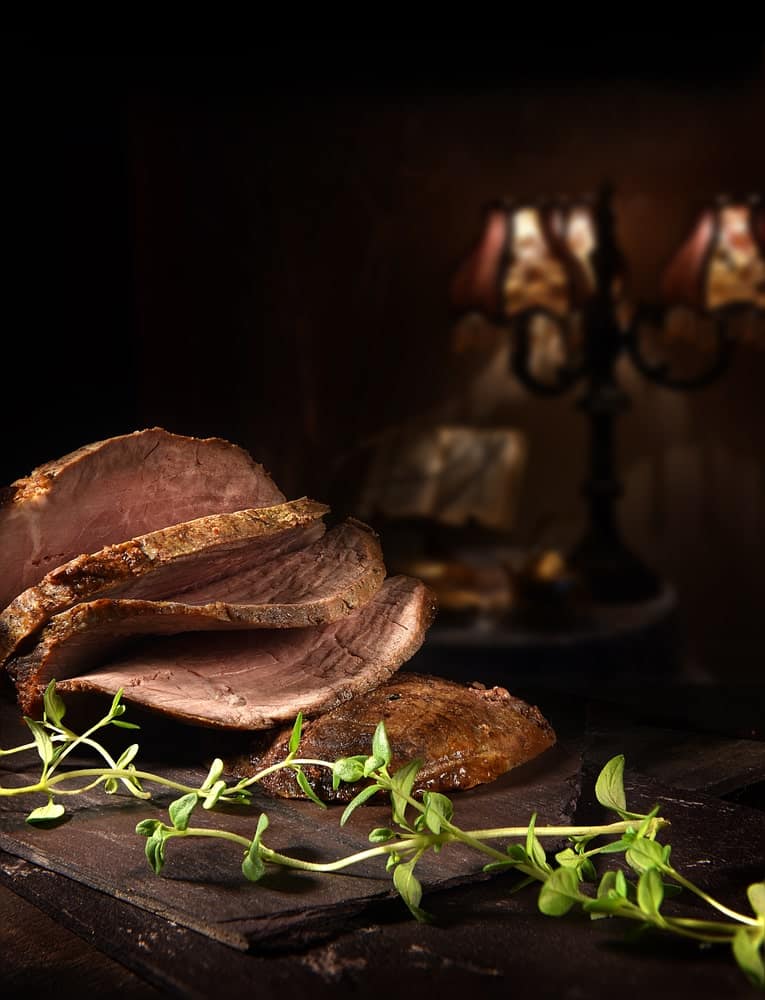 A classic roast is always delightful. There are multiple options here if you want to make a roast. Cook a beef roast with herbs like thyme and paprika to create a pop of flavor. Or, try a pot roast with cranberries and herbs. This cooks quickly and comes out of the oven full of flavor. Making a roast is easy because you simply prepare and season it and roast it in the oven. You can make the rest of your meal while it’s cooking. 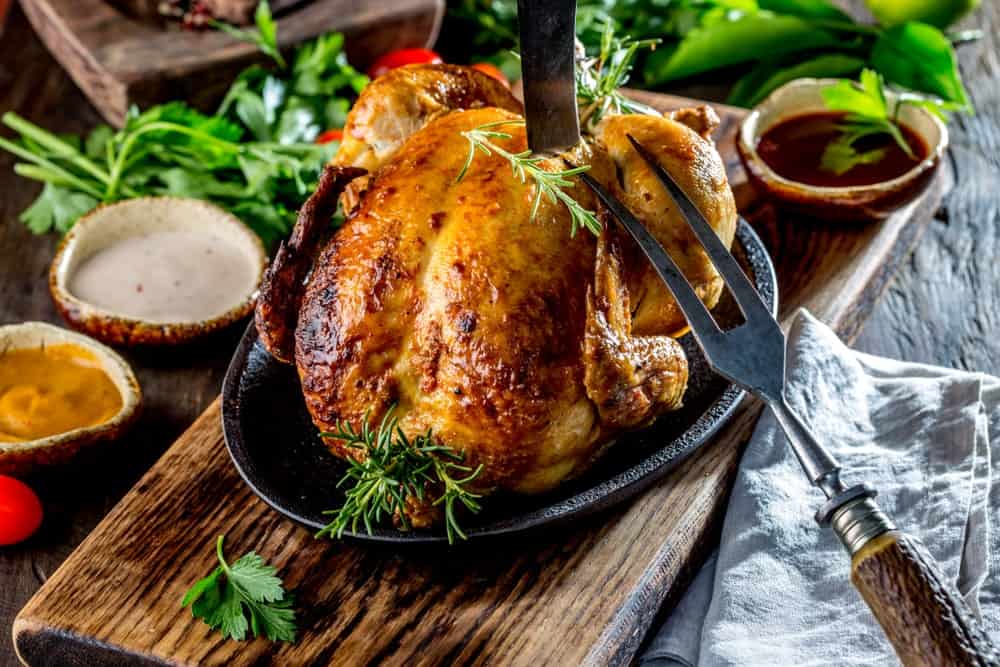 Make a roast chicken instead of roasting a turkey. A whole chicken cooks much faster and it goes with all the classic Thanksgiving fixings. You still get drumsticks, too. Chicken is more affordable than turkey and it’s easy to find anywhere. If you have a lot of people to feed, you can cook multiple chickens and still get them done in a fraction of the time you would spend cooking an entire large turkey. 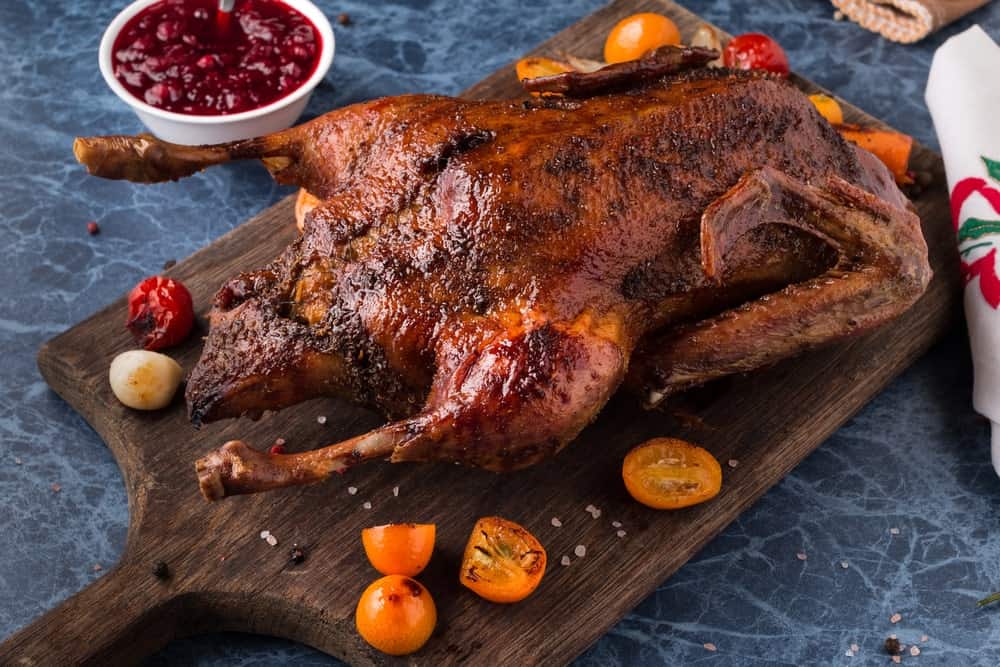 Duck is a popular alternative to Thanksgiving turkey. It’s easiest to cook boneless duck breast because cooking a whole duck can be a bit off-putting for some. One of the best ways to cook duck is to deep fry it. This is something you should only do outside and well away from your home because it’s a fire hazard. Keep a fire extinguisher handy and do not leave your duck unattended. 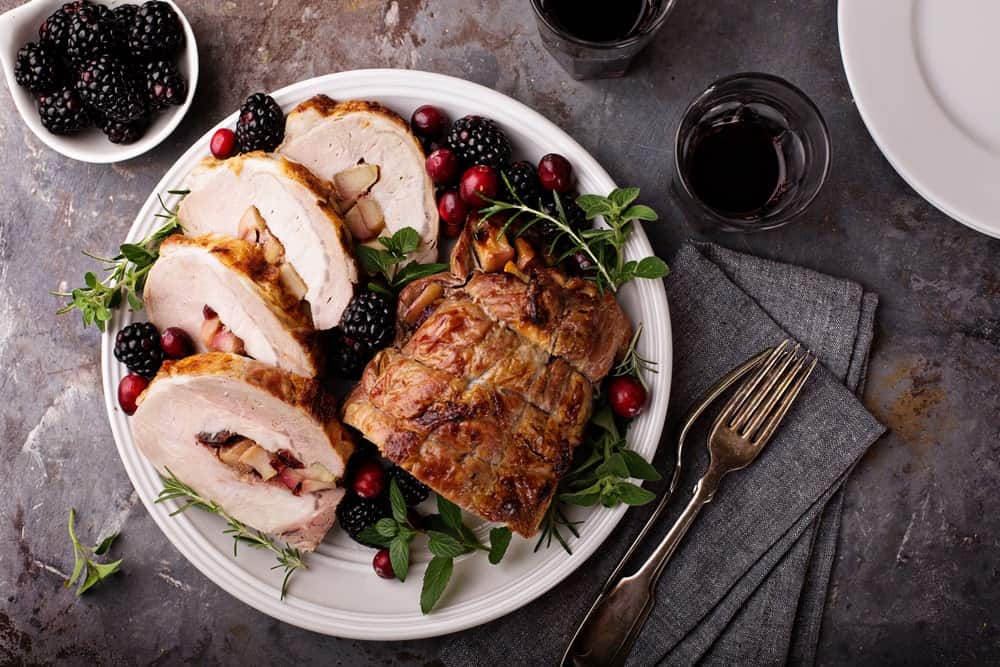 Pork loin is easy to cook and it cooks much more quickly than a turkey or another type of bird. You can even get pork loin pre-seasoned so you don’t have to do anything to it except pop it in the oven. 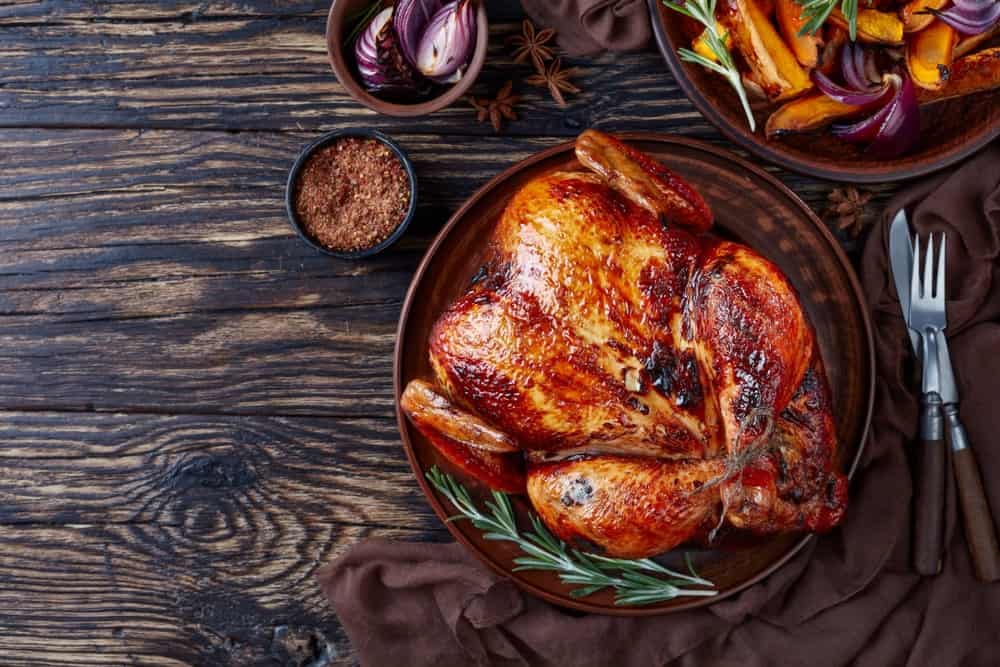 Game hens are a perfect alternative to turkey if you don’t want to spend all day in the kitchen. This entree will cook up quickly. Game hen tastes a little bit like turkey and it’s sized perfectly so that everyone can have their own whole bird. Roast hens in a pan with vegetables and herbs to create an amazing Thanksgiving meal with no turkey on the table. 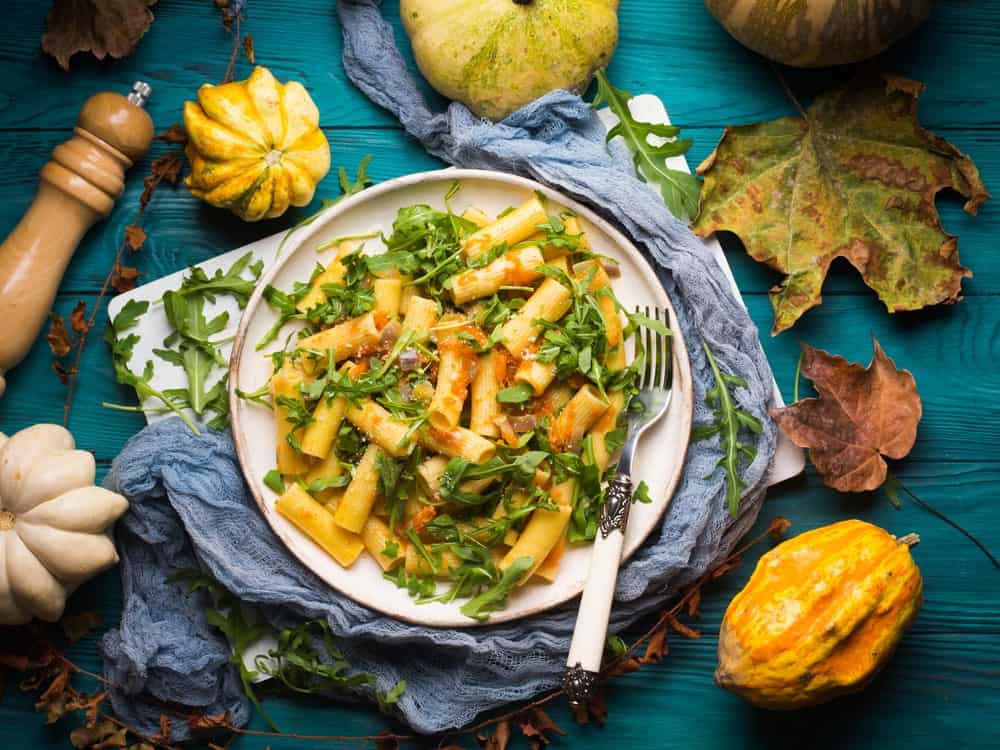 Rich pasta dishes like lasagna and manicotti are pretty much a must-have in Italian-American households, though it’s usually served along with turkey on Thanksgiving. You’ll find pasta dishes on many tables across New York and New Jersey on Thanksgiving Day. Try serving this instead of turkey, because who doesn’t love good pasta? it’s much quicker to make pasta than turkey and the flavors are much more complex. In Arkansas, turkey spaghetti is a popular Thanksgiving dish. It only sounds strange if you’re not from Arkansas! 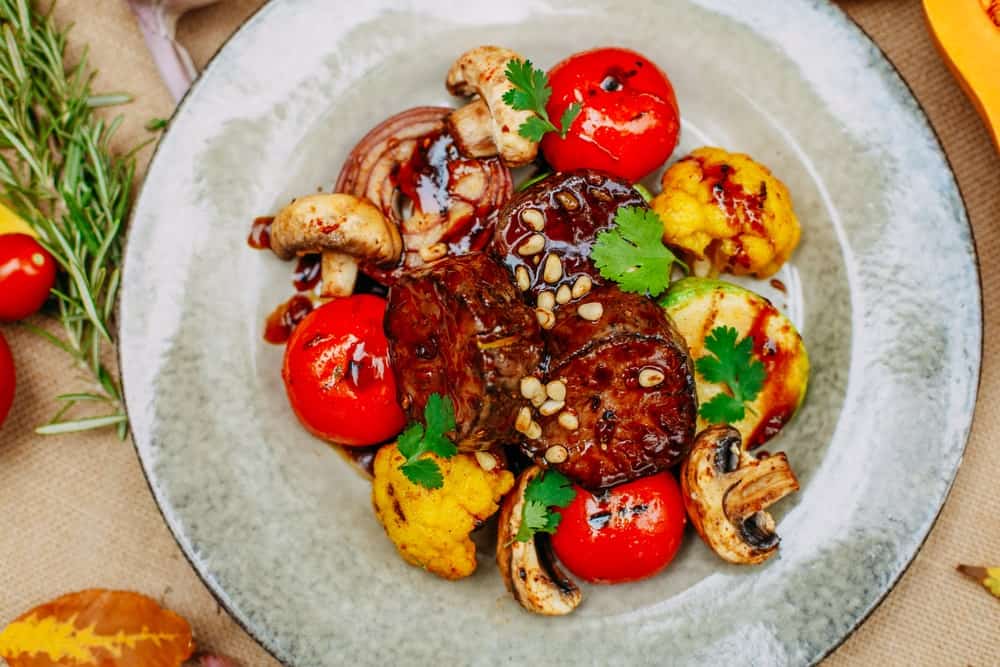 Venison is a popular Thanksgiving entree in the Pacific Northwest, where it’s not uncommon to serve a Thanksgiving meal without turkey. Venison isn’t always easy to come by but it can be cooked into a delicious roast. With the right seasonings, the gamey flavor of the meat isn’t strong at all. Venison has to be cooked slowly and carefully and it can be even more difficult to cook than a Thanksgiving turkey, so choose this only if you want a challenge. 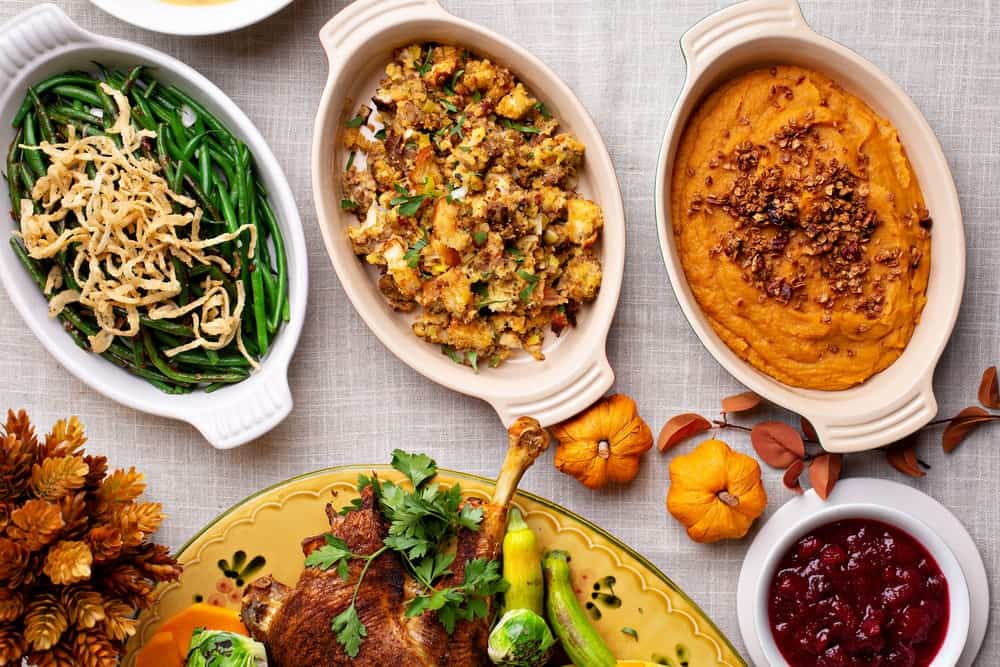 Need to have some vegan and vegetarian Thanksgiving options? Many people have all sorts of dietary concerns these days, and you may have someone who doesn’t eat meat coming to enjoy dinner at your table. There are all kinds of options out there now, including vegetarian and vegan turkey options that are pre-seasoned, pre-stuffed, and ready to be placed right in the oven. 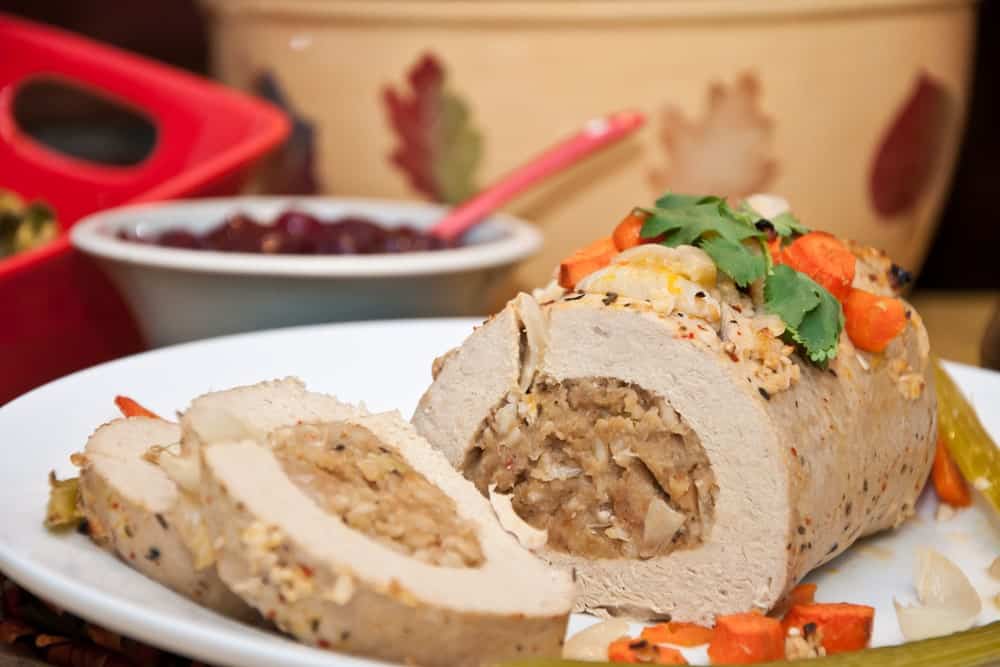 You can always find vegetarian turkey lunchmeat slices and bake these for a few minutes in the oven with a little honey and brown sugar if you want something super easy to prepare for just one or two non-meat-eaters. And if you’re ready to get super creative, make a rich roast vegetable dish with spinach, squash, rice, corn, and beans. This is high in protein and full of flavor, a perfect main course for anyone who doesn’t eat meat.

If your heart is set on a Thanksgiving turkey but you still want to experiment, try cooking the turkey a different way. The classic way to prepare the bird is to roast it whole in the oven but there are many other ways that people eat turkey around the country.

In Texas and other southern states, deep-fried turkey is very popular. This is starting to become more common in the south than the more standard roast turkey. In California, grilled turkey is far more common for Thanksgiving feasts. And in Hawaii, the turkey is usually smoked.

A Different Kind of Thanksgiving

Have a different kind of Thanksgiving his year and serve something other than turkey, or serve another main dish along with your turkey. There is such a thing as too much of a good thing, after all. Experiment with a brand-new recipe or a brand-new method of cooking your entree this Thanksgiving.