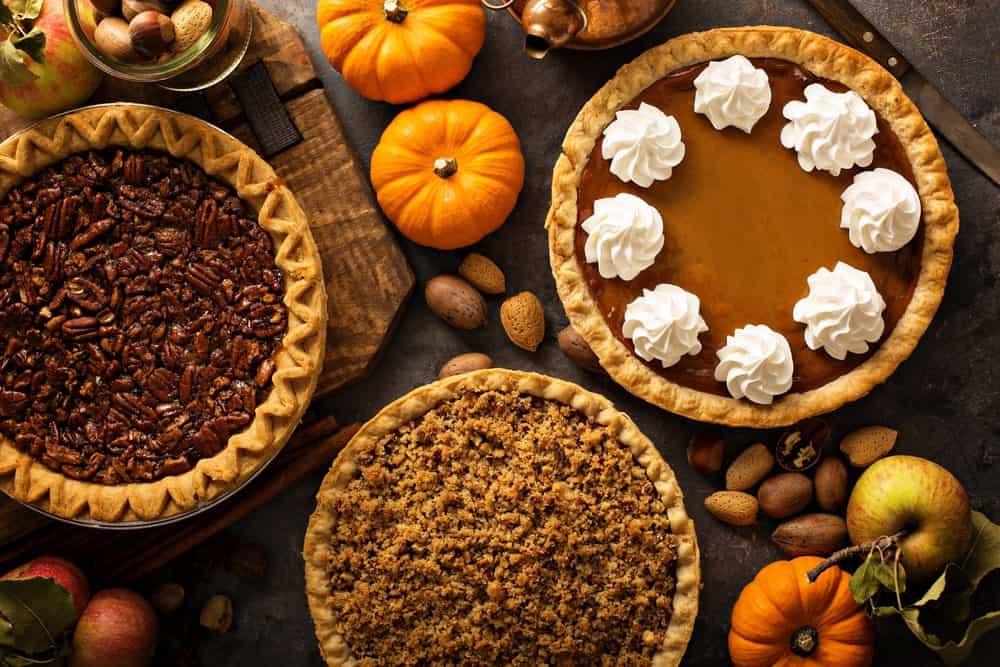 Pumpkin is considered to be the signature pie of Thanksgiving…but is it? The truth is, plenty of people don’t like pumpkin and this isn’t the most popular Thanksgiving pie in lots of places. What is the favorite pie of the season? Well, there are several parts to that answer. But soon, you might re-think your entire Thanksgiving dessert menu.

Why is pie the dessert of choice for Thanksgiving? Research suggests that the tradition of eating pie to top off a Turkey Day meal dates to the 1700s. But what’s the most popular Thanksgiving pie? That answer depends on who you ask and where you’re at.

The pie of choice for the holiday depends on where you are in the U.S. Pecan pie is the most popular choice to polish off a Thanksgiving meal in the south, but you don’t have to travel very far to find a different favorite pie elsewhere in the country. 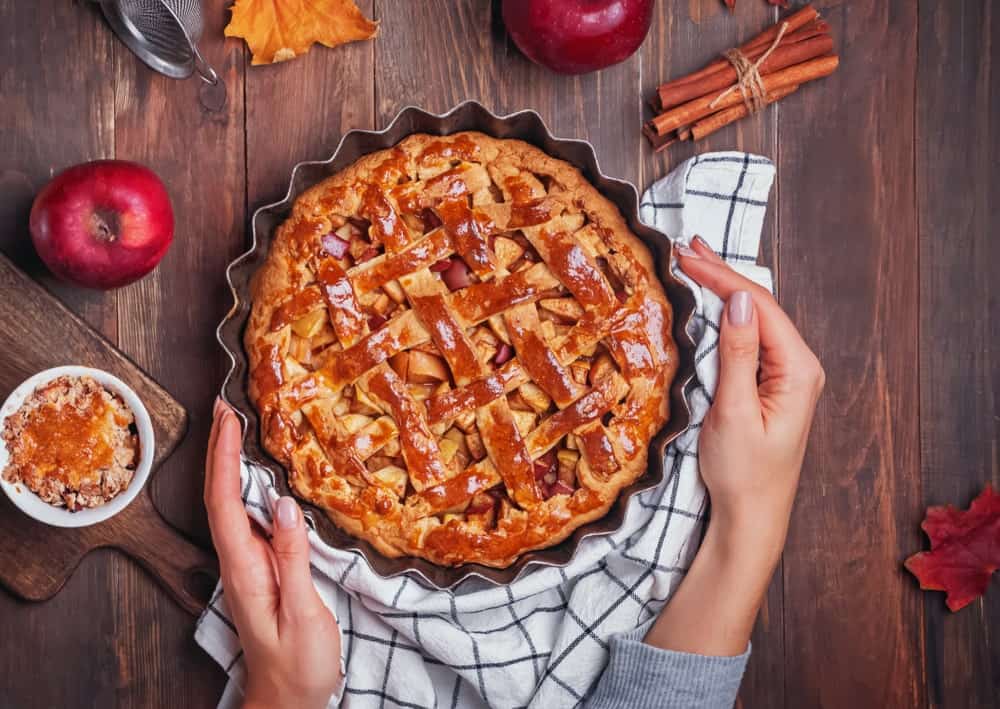 If you judge popularity based on search engine rankings, then the most popular Thanksgiving Day pie is apple. This is the top trending search among different pies in the days leading up to Thanksgiving, which suggests that people may be looking for recipes for this sweet treat. Apple is considered to be the quintessential American pie. There’s just one problem: it’s European.

When you think about it, there’s no way apple pie could be an American dish. Apples aren’t even native to the U.S., though they grow well here. Apples came to the country with European settlers, who also brought their own recipe for apple pie.

The sweet treat was being eaten in England as early as 1390, well before Columbus introduced the world to the Americas. An American cookbook dating to 1796 includes two apple pie recipes, so by then, it was already a popular dessert choice. By the 1920s, the phrase “as American as apple pie” was being used in common speech.

Apple is still one of the most popular choices for Thanksgiving. In New England, it’s still the number one favored dessert over pumpkin pie on this important eating holiday. 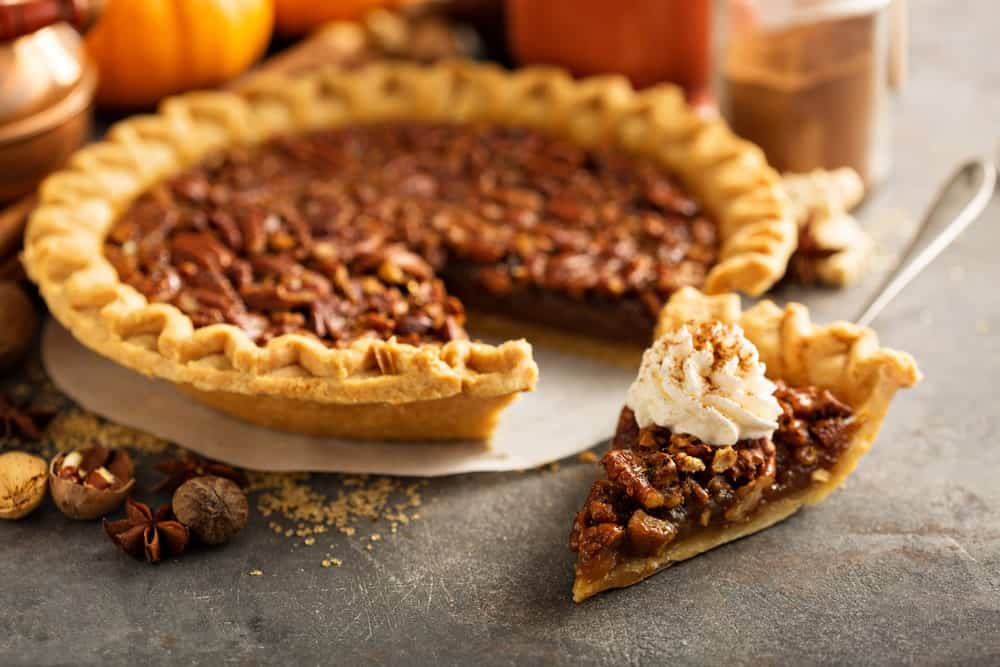 In the southern states, you’ll find pecan pie sitting on the Thanksgiving table. This is the most popular pie in this part of the country and this pie actually does originate in America. Pecan pie dates to the 1800s and the recipe really hasn’t changed much since this debut. There’s no need to mess with the perfection of sugar, nuts, butter, and eggs.

Pecans grow naturally on pecan trees throughout the south, explaining why the pie is still so popular in this region. Recipes for pecan pie appear in Texas cookbooks as early as the 1870s. The recipe that’s still most commonly used today was published in 1898 in St. Louis, but it came from a woman in Texas. This is still the most popular Thanksgiving pie for the state of Texas and most of the rest of the southern U.S.

A Side of Sweet Potato 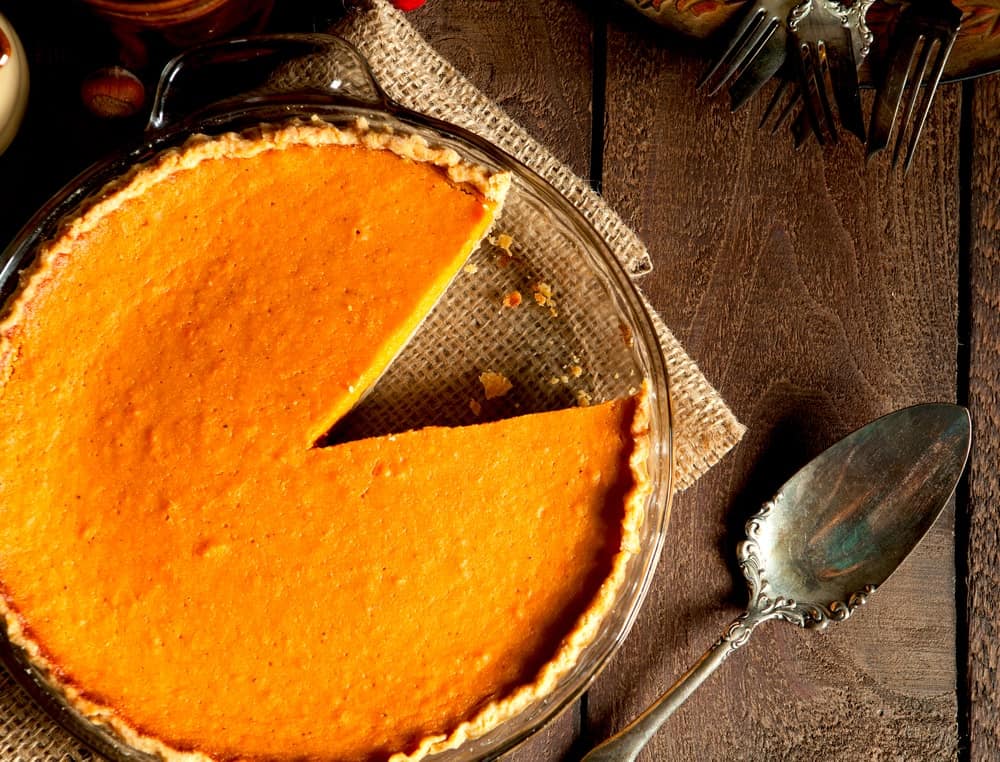 Though not the most popular Thanksgiving pie, sweet potato is still a pretty well-known and frequent guest at the table, particularly in the south. Sweet potato pie is often the Thanksgiving dessert of choice in the Black community. This pie’s history is very linked to Black Americans, so it makes sense that this is still their favorite choice on Thanksgiving.

Sweet potato pie was invented in the south by enslaved people working on southern plantations, where sweet potato crops thrived. The enslaved people found a simple way to turn the plants into pie despite the limited cooking space they had to work within their small quarters. Blacks in the Caribbean poured boiling sugarcane on top of sweet potatoes to soften and sweeten them, creating the first versions of this Thanksgiving favorite.

Geoge Washington Carver, most famous for working with peanuts, found more than 100 ways to use sweet potatoes. He used them to create everything from glue to rubber and he came up with his own sweet potato pie recipe, too. His work helped make the vegetable even more popular among Blacks, who began playing with his recipe. Today, it’s a must-have on the Thanksgiving table. 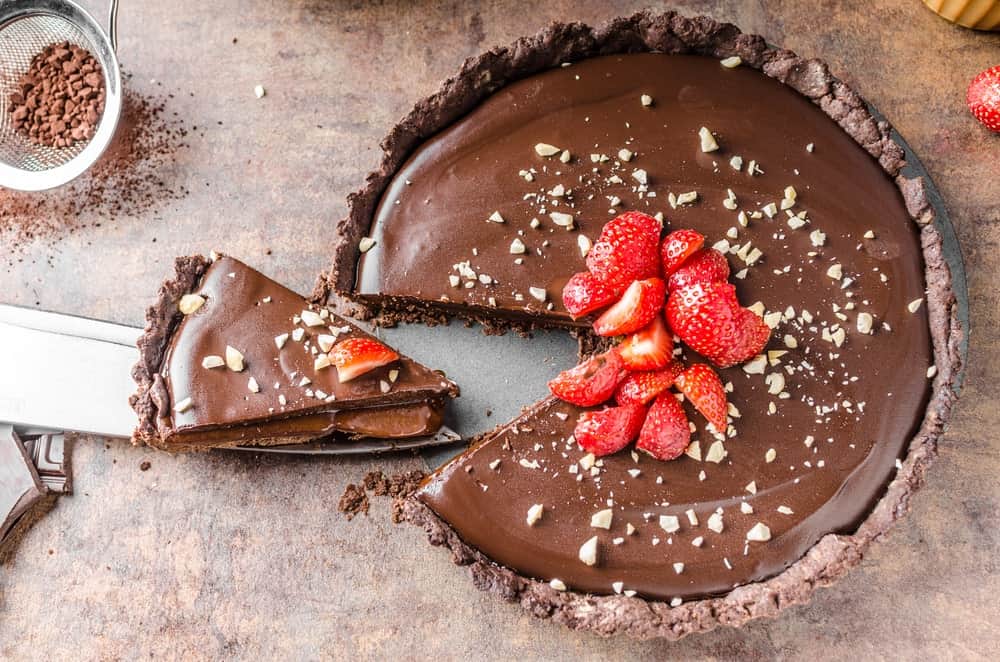 Chocolate cream pie is probably based on a type of French tart, but this more American version of dessert became popular in the dairy farm region of the Midwest. There were milk and eggs aplenty here, so it was easy to whip up a light, creamy pie using these available ingredients and a little chocolate. For many, this is still a staple of the Thanksgiving table that helps complete the holiday. 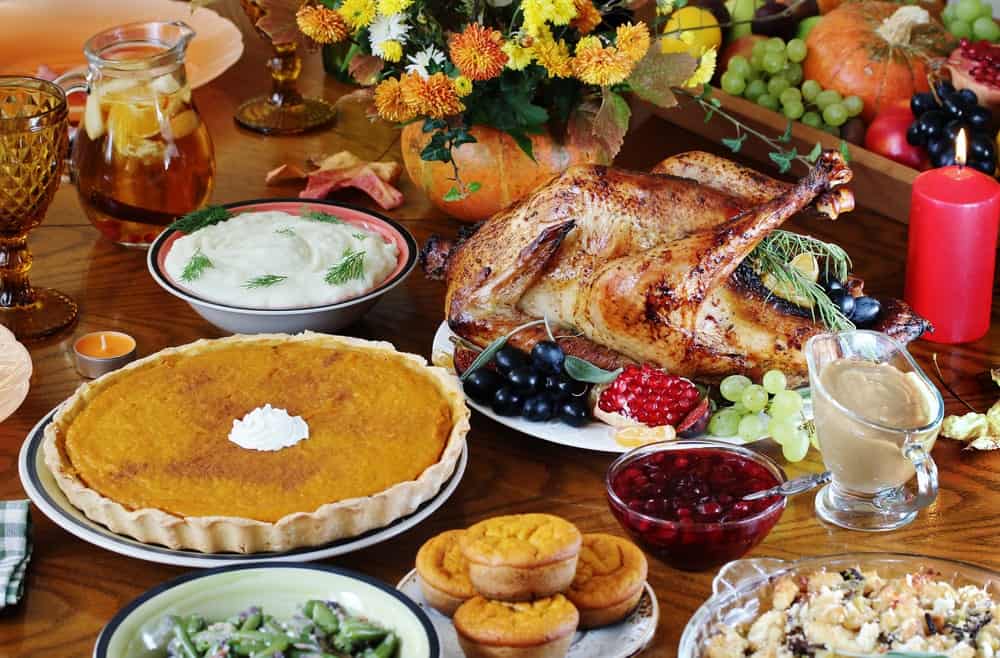 Of course, most people will say that pumpkin is, indeed, the most popular choice for Thanksgiving. It’s eaten nationwide and it has inspired a bevy of pumpkin-flavored foods and drinks that always hit the shelves and the menus in November. Pumpkin has a long, long history as an Amerian vegetable, so it’s only fitting that it is the true star of the distinctly American holiday called Thanksgiving.

Pumpkin was one of the first foods European explorers took back home with them after discovering the veggie in the New World. Pumpkins were first grown in Central America as far back at 5,500 B.C.E. and became hugely popular in Europe beginning in the 1500s. England quickly started looking for ways to turn it into a pie. By the time the Pilgrims landed in 1620, they were probably already familiar with pumpkin pie. That’s why this is the most likely candidate for dessert at that very first Thanksgiving table, which makes pumpkin the still-perfect choice for this holiday.