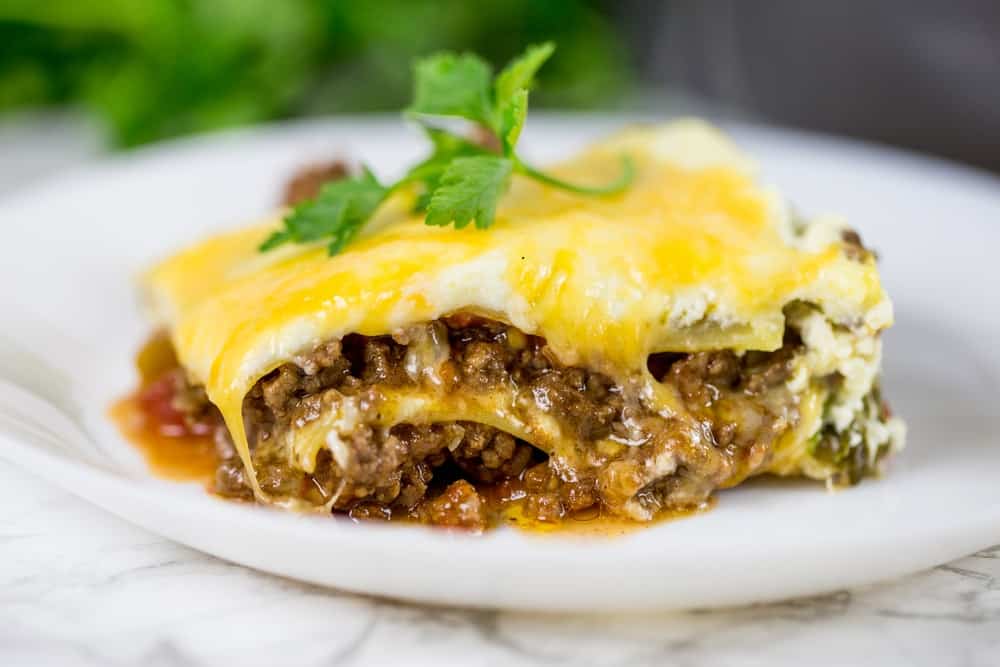 It is hard to imagine a life in the United States without Mexican food and things like Taco Tuesday, but the popularity of Mexican food is a relatively new concept in the American diet. Of course, what we consider Mexican food (tortillas, beans, tomatoes, and specialty spices) has been available on the North American continent since the time of the Aztecs.

But for most of the United States’ history, Mexican food was confined to the Southwestern regions of the States, like Texas, Arizona, and California. While mainstream Americans who were well-traveled knew of Mexican food or Tex-Mex cuisine, most of Eastern and Midwestern America was less familiar with this style of food. While one could find recipes for Mexican foods, like tortillas, one could not purchase them premade until the mid-twentieth century. 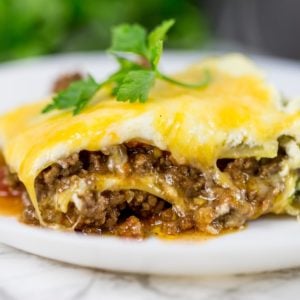 April Freeman
With the favorite flavors of Mexican food, the nutrition of ground beef, veggies, cheese, and refried beans, this Taco Lasagna will be a hit with the whole family. You can whip it up in no time on a busy weekday evening, or if you know that you’ll have a busy day in advance, you can create it on the weekend, stash it in the refrigerator, and pop it in the oven when you get home. By the time everyone has done their homework, dinner will be ready to eat!
Print Recipe Pin Recipe Add to Collection Go to Collections

From 1942 to 1964, Mexican immigrants could come to the United States as a part of the Bracero Program, which was a program designed to get Mexican immigrants to the US for work. When Mexican workers spread throughout the United States, they craved some of the foods of their homelands and shared recipes with the people they met. In the 1960s, Taco Bell opened in Southern California. Not long afterward, this popular fast food restaurant spread all over the U.S., and eventually, other Mexican restaurants followed suit. The food manufacturing industry began creating more ready-made items like tortillas, nachos, salsas, and refried beans, and soon everyone began enjoying the tastes and textures of Mexican food. While lasagna is a traditional Italian menu item, this recipe uses white flour tortillas to create a layered meal that includes many of the classic Mexican food items. Ground beef, tomatoes, peppers, and cheese all come together in delicious layers in a filling, tasty, and nutritious twist on lasagna.
Keyword Main Course, Recipe, Taco Lasagna