Corn is a favorite side dish all year round. Read our recipe for Spicy Air Fryer Corn on the cob and bring new flavor and excitement to your usual corn recipe. 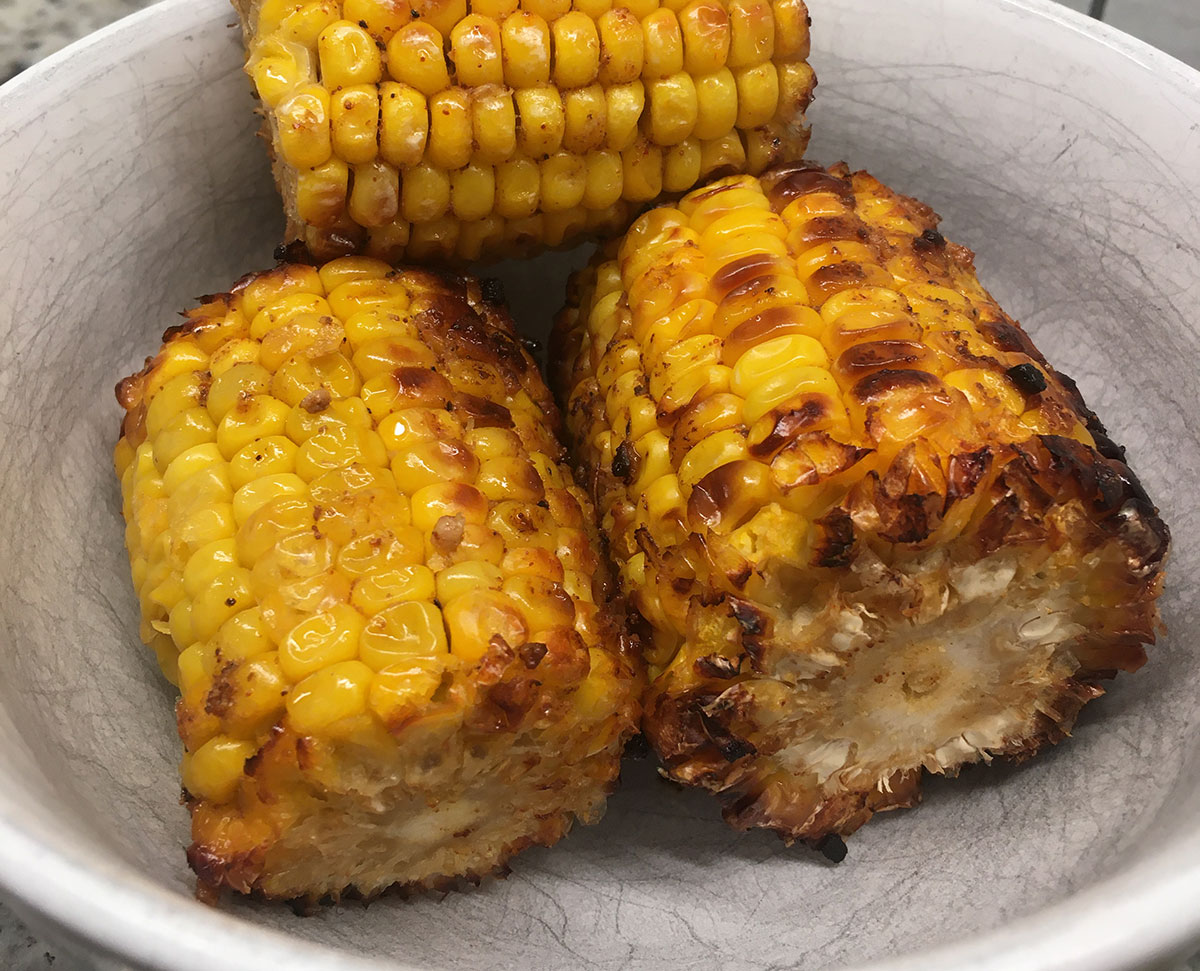 Watermelon, fresh peaches, ripe tomatoes, and fresh corn on the cob–fresh produce is what makes the spring and summer months so delicious. Those fresh, crisp ears of corn may be calling out to you in the produce department of your local grocery store or farmer’s market. 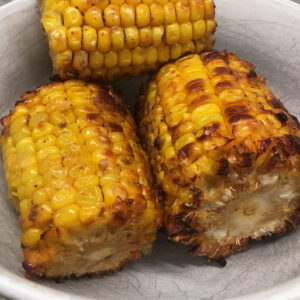 April Freeman
Corn is a favorite side dish all year round. Whether corn is in season in your area or if you have to use frozen corn cobs, our recipe for Spicy Air Fryer Corn on the Cob takes this popular side dish from dull to delicious. Including the flavors of chili powder, garlic, and paprika, the spices and herbs can give your corn on the cob a new and unusual twist.
Print Recipe Pin Recipe Add to Collection Go to Collections
Prep Time 5 mins
Cook Time 15 mins
Total Time 20 mins
Cuisine American
Servings 6 Servings

Sweet corn is good no matter what you do to it. Many people enjoy it simply dressed with a bit of butter, salt, and pepper. However, tasty sweet corn is also the perfect foil for many other kinds of seasonings. Italian seasonings like oregano and basil can give your corn a Mediterranean twist. Our recipe for Spicy Air Fryer Corn on the Cob gives sweet corn a Mexican flavor with cumin and chili powder. For this recipe, you can use either fresh or frozen corn on the cob. Of course, not much can beat fresh corn picked from the garden or from the farmer’s market. However, fresh corn is only available in the summer months. Nevertheless, you can still enjoy this recipe even in the dead of winter by buying frozen corn on the cob. While it’s not quite as tasty as fresh corn, it is a good substitute in a pinch. Many times, people prepare corn by boiling it on the stove in a large pot of water. However, there are other ways to prepare corn on the cob that make it just as tasty. Many people grill their corn on the cob and this gives a nice brown color to the kernels. There’s also a less known way of preparing corn on the cob--using an air fryer. Air fryers work quickly to fully cook your corn on the cob. There will be no need to boil huge pots of water when you prepare corn on the cob in your air fryer. While many people consider corn to be a vegetable, it actually is a grain. Corn is one of the most widely distributed foods across the globe. It is not only used for human food. It is used for animal feed, fuel creation, and also as an ingredient for other manufactured products. Corn has been around as a domesticated crop for about 10,000 years. It originated in Mexico and the native peoples there cultivated it from wild grasses. By the time Europeans made it to the North American continent, corn cultivation had spread from Mexico all the way to the New England area of North America. Europeans had never seen or heard of corn until the indigenous people of New England and Virginia shared their secrets for growing and using the nutritious grain. Corn was a huge part of the natives' diets, and soon it was a big part of the European settlers’ diets too. Corn cultivation soon spread to Europe and many other parts of the world. This grain is widely adaptable to a variety of climates, and it is grown from Canada and Northern Russia, all the way down to most of South America.
Keyword Air Fryer Corn, Corn on the Cob, Spicy Air Fryer Corn on the Cob, Spicy Corn on the Cob

Related: Corn on the Cob Recipes