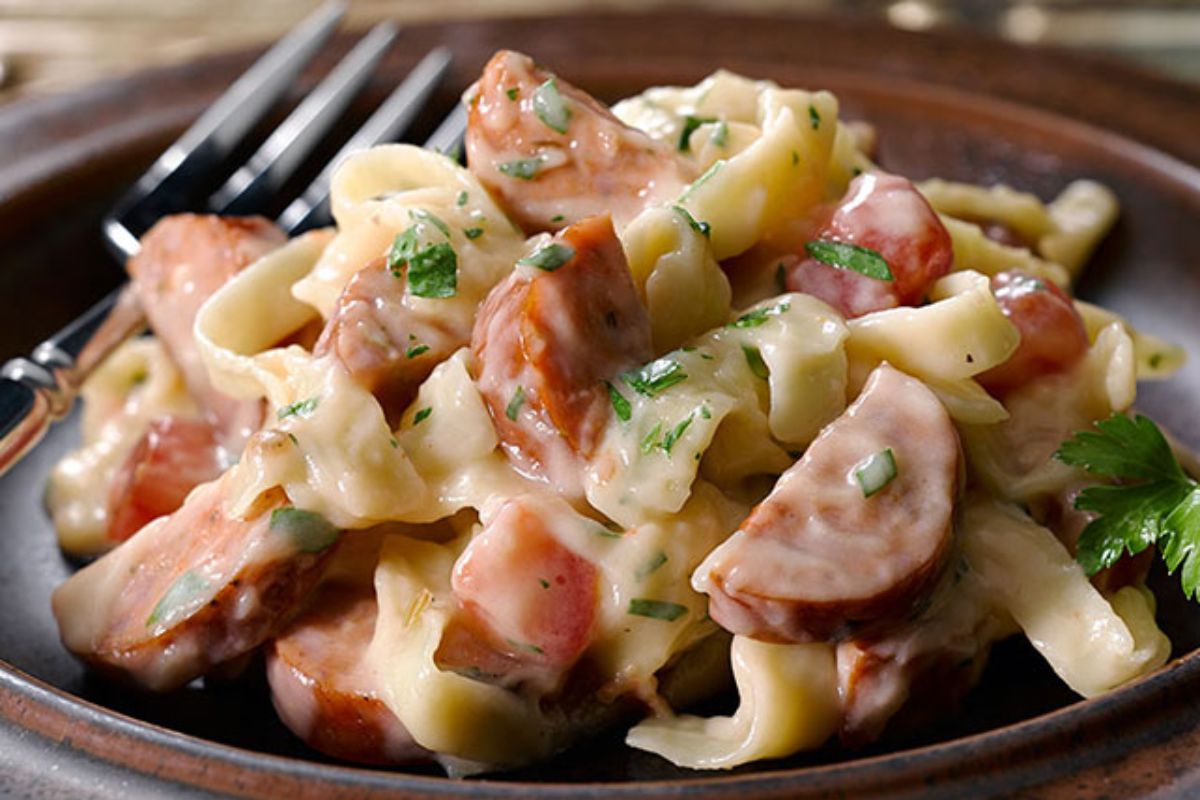 This sauce will taste much better than commercially manufactured Alfredo sauce and it will be free from preservatives and excess salt. Additionally, you can add whatever seasonings that you think will taste best in your recipe.

Our recipe for homemade Alfredo sauce is tweaked by the addition of red pepper and mozzarella cheese. The mozzarella adds a bit of smoothness to the texture and the red pepper adds a bit of a spicy kick to the sauce. Overall, the sauce ties together the pasta dish together with the meat for a smoky, tasty flavor. 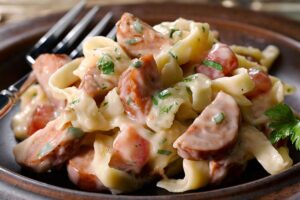 If someone in your family is sensitive to spicy flavors, that is okay. You can leave out the red pepper and cayenne pepper and add a pinch of Italian seasoning to add a milder flavor. One thing that is so great about this recipe is that you can add other things to the mixture to fill out the recipe. A cup of frozen peas or steamed broccoli can add additional nutrition and more interesting textures to the recipe. As an added bonus, kids who would never touch plain old broccoli might be more open to trying it when it is smothered in a flavorful sauce and mixed in with their favorite pasta. You can decide what kind of pasta you would like to use. Ordinary macaroni is a good option, but other kinds of tube pasta like penne would be excellent as well. We used shell pasta and our recipe turned out wonderful, but bow ties might also be a delicious choice.
Keyword Alfredo, Dinner, Smoked Sausage