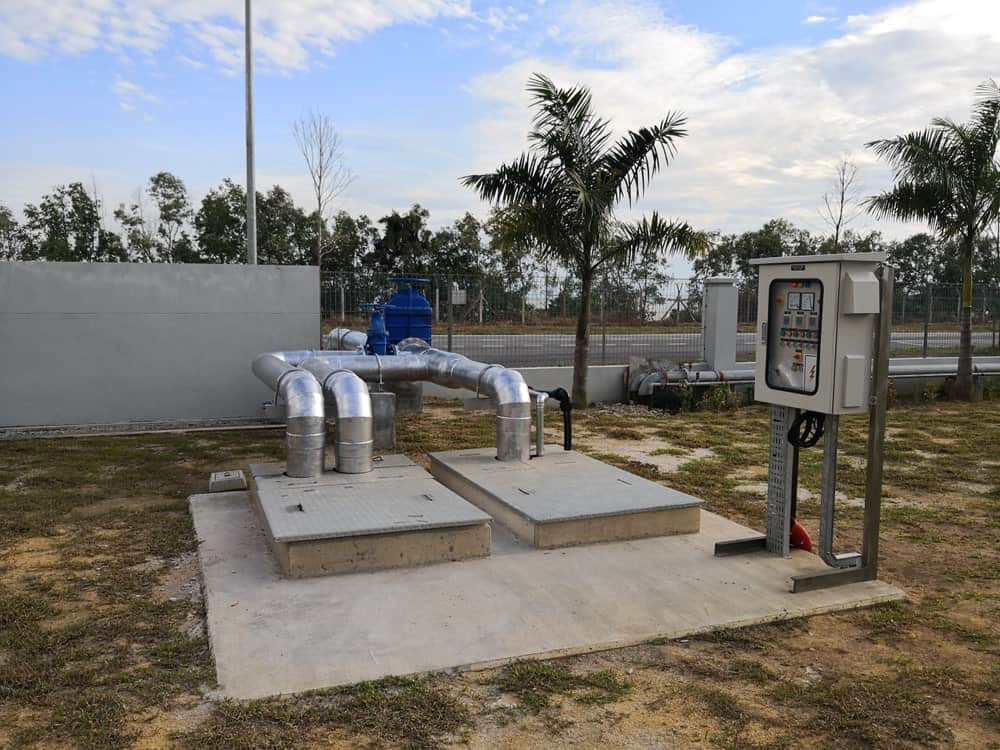 If you have a water drainage problem, whether it be inside your home or office, or outside, you either have or should have a sump pump. Simply put, a sump pump is a two-part appliance that is made up of a pit and a pump. That might sound as if there must be a gag in there somewhere, but while you figure it out, we will continue with our discussion. This is because as complex as it sounds like it should be, it’s really not. Explaining this amazing feat of engineering and the water that it helps to prevent is the purpose of this article.

What is a Sump Pump and How Does It Work? 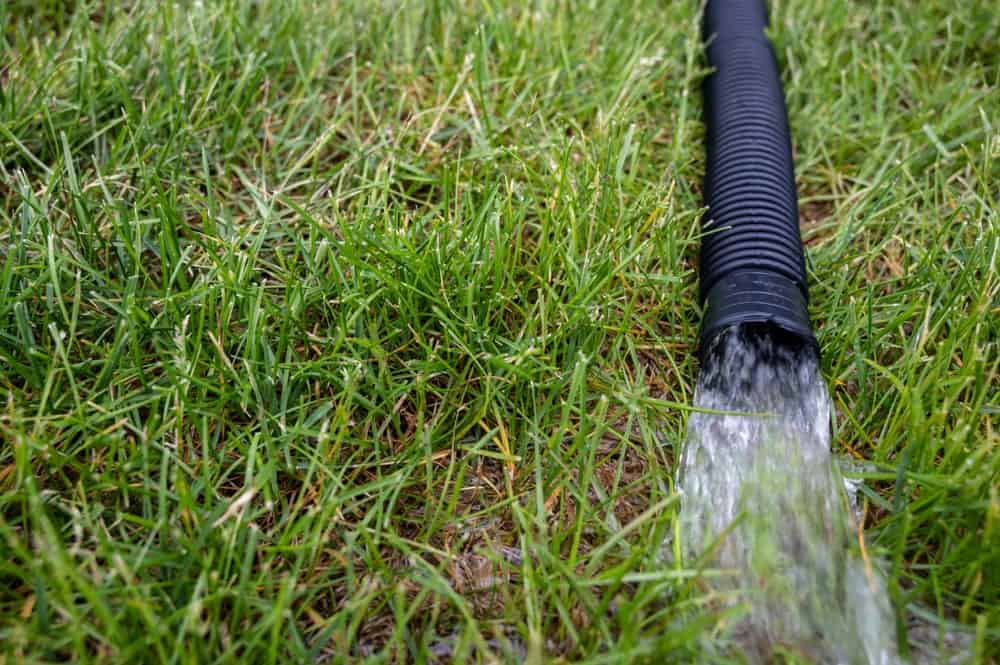 If you have a home or an office that is or might be prone to water flooding, you should have a sump pump. Unfortunately, sump pumps tend to be the last thing that anybody ever considers. Making matters worse is that ordinary water flows is what most people think of. Besides that, there are seepage, drainage, storm surges, or seasonal thawing that can all wreak havoc on your property.

Even if you have never heard of a sump pump, you are probably well aware of the catastrophic damage that can be caused by the uncontrolled flow of water. If you are familiar with the huge amounts of water that is often involved when there is flooding for one reason or another, you will get a hint, but even if it is just a small amount of water, over time, water can do huge amounts of damage.

Where water in your neighborhood is coming from and where it is going to is usually of little concern to you. What should be of huge concern is the fact that once it gets to your property, you could be in big trouble since water has the ability to, given enough time, undermine virtually any structure on your property. This is where the benefits of a sump pump and sump pit come in.

What Does a Sump Pump Do? 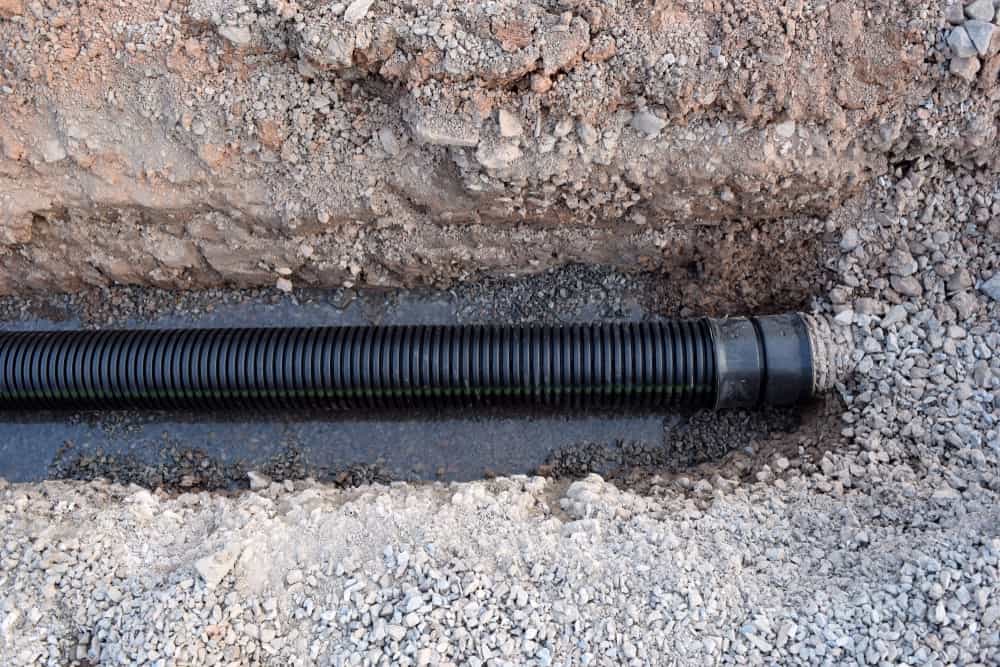 Before you install a sump pump, it is best to know where water tends to congregate in or around your property. This is usually wherever water tends to gather on your property. This might be a spot in your yard, in your basement, or in a crawl space. Wherever water tends to accumulate, that is where your sump pump should be located. A sump pump usually begins with a pit, which is not only where you have found water to accumulate, but over the correct amount space as well. Let’s say that in your observations you have found water to occupy a space of about a foot or two square. This is roughly the amount of space you need to make your pit. The depth of your pit is usually of secondary importance since once the pump starts working the water level will go down, but you need to make sure that the area taken up by the pit is adequate.

The area taken up by the average pit is unimportant because what is important is what is enough for your needs. Some pits are several feet in area, while others are only a foot or so in the area. Whatever area yours takes up should be enough to hold water that flows into yours. It is once it is in the pit that it is taken care of by the second part of the system, the pump.

The actual sump pump is what does the lion’s share of the work of your sump pump and pit. After all, after the water is in the pit, it’s there until something else happens–the pump kicks on and takes the water away. This is basically what you are paying for.

Make no mistake about it. Your sump pump is your last line of defense against the water that could flood your home or office. It’s for this reason that it is important that it is built and operates correctly. Sump pumps usually operate on standard AC electrical power. It only works, however, if your power is on. If your power has a tendency to go out, you need to make sure that you have some kind of backup systems such as a generator or a battery backup to keep the pump operating.

It is important for you to remember that the purpose of a sump pump and pit is to make sure that water stays out of your home and to let you know in the presence of water. That’s part of what makes today’s technology so wonderful. Not only are many of today’s sump pumps totally automatic, but many of them have alerts on them that let you know of an abnormal situation when it occurs via phone or text. They can also provide you, via software diagnostics, with a complete picture of what is happening with your sump pump. Ain’t technology wonderful?

What Kind of Sump Pump Should I Get?

You should choose the type that is best for your situation after careful analysis and maybe even a consultation with a qualified plumber. Fortunately, since there is such a wide variety of products available, chances are good that you will be able to find a sump pump that is just right for your situation.

How Does Water Get Into Sump Pit? 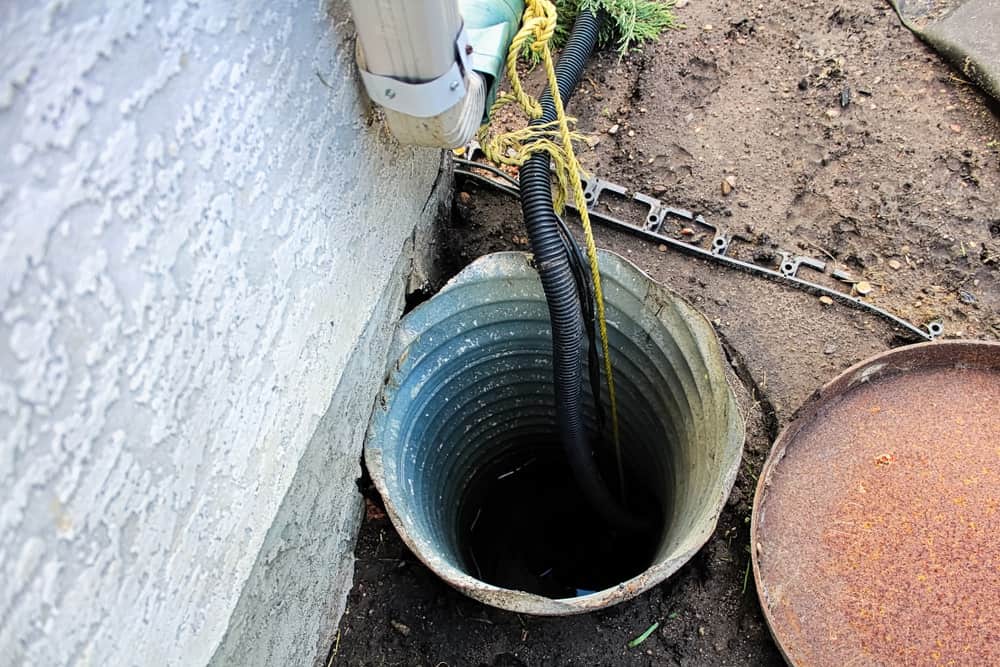 Take it from us. Water does not get into a sump pit by elfin magic. It flows there, literally from wherever it might happen to be coming from. Sometimes it is a direct flow. At others, it is the only seepage. What is most important in this regard is that you determine how much is in your sump pit and still be comfortable.

Another issue, in this case, is when it is simply dry during one period and wet during another. This is usually due to the season you happen to be going through. During wetter times the chances of your sump pump pit being wetter than at other times is greater. During dryer seasons, your sump pump pit will usually be considerably dryer than at other times of the year.

The operative word in the explanation above is “usually,” since when there is a significant difference in the conditions of your pump and pit it’s usually time to take more careful notes. For example, if your sump pump pit is full of water during the dead of summer when things have been and usually are dryer, it’s probably time to check into the reasons why there might be more water.

Should a Sump Pump Pit Be Dry? 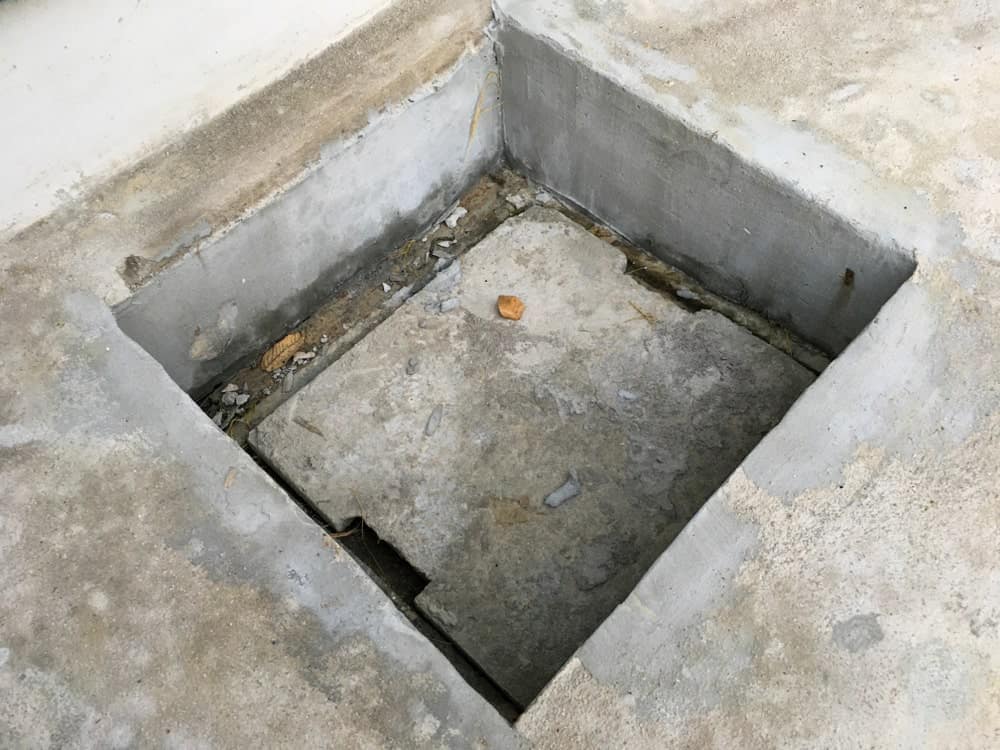 Well, yes and no. A sump pump pit is there to collect water, wherever it might be coming from. Generally speaking, if you never happen to see water gathering in your pit, and you see no evidence that your pump has ever been activated, chances are good that you don’t have the leakage that you thought you had or the water is gathering at a different location than you thought it was. “Should a sump pump pit be dry?” is really not the right question. The correct question should be “Should a sump pump always be dry,” in which case the answer is no.

First of all, as stated above, if your sump pump pit is always dry, you probably don’t have the flooding problem you thought you did, in which case it would probably be appropriate for you to take another look at your possible seepage issue. Maybe it’s not there when you thought it was. Case in point, several years ago a man in the midwest noticed a continual pooling of water in his basement. As a result, he had a sump pump installed in his basement to correct the problem. Strangely, the problem went away, which he assumed was attributed to his sump pump, despite the fact that after a short time it seemed to always be dry. It was shortly thereafter that he learned that the water that was leaking into his basement was coming from a leak in his neighbor’s plumbing. After the plumbing was repaired, there was never another flooding problem.

If there is another negative side to the issue of always having a dry sump pump pit, it’s this: when a sump pump pit is always dry, chances are good that before long the rubber and plastic components of your pump will dry out and need to be replaced. Ideally, it’s not always a bad thing for your sump pump pit to have a little water in it. This will tell you that the first, the pump is working; second, that there is still a seepage issue that you should continue to monitor, and third, you probably won’t be needing to replace your sump pump anytime soon. 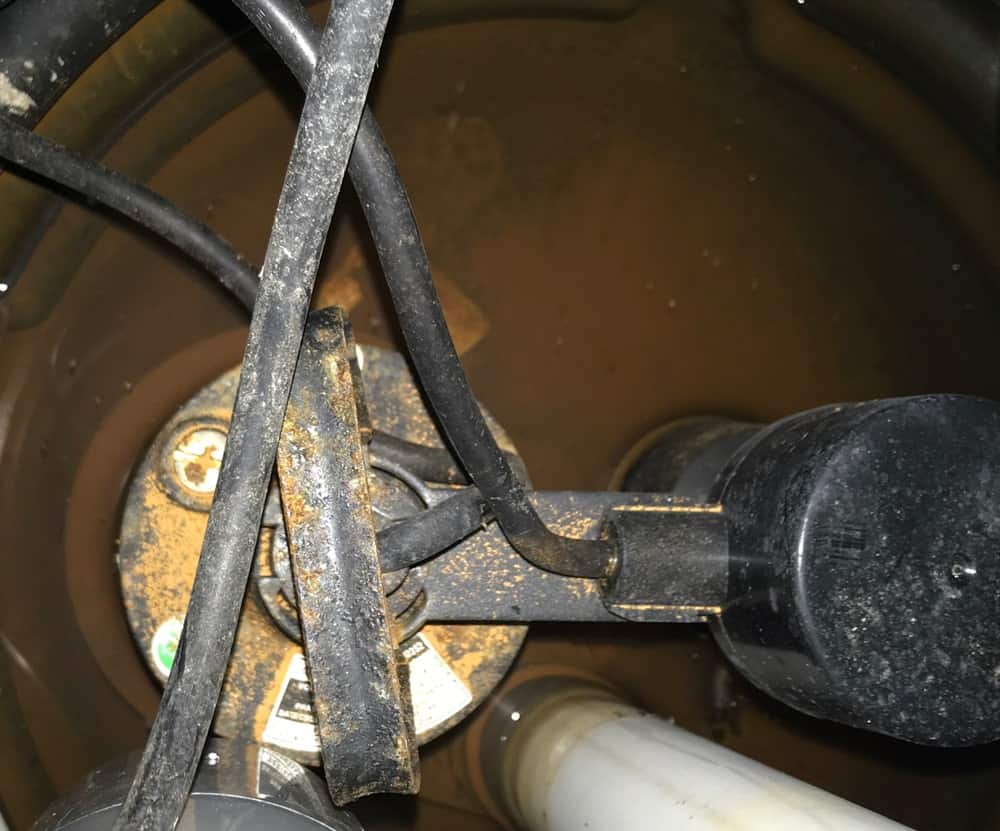 Just as is the case with the question above, the answer to this question is both good and bad. First, it is usually completely normal that a sump pump pit has water in it, at least a little. If there is usually too much water, there is probably a problem, especially if you don’t ever hear your pump kick on. On the other hand, if there is continual water in the pit, that means that the pit and pump are doing their job.

Recently, as an example, a Southern California newspaper installed a sump pump to bleed off the water that was draining from their printing presses. This residual water that is used to keep the ink from the non-image parts of printing plates (called “old mudder”) was collecting on the floor of the press room and causing accidents. The sump pump was hardly used at certain times of the day, and working overtime during others. After an analysis, it was determined that this was acceptable since the water only accumulated during press time, precisely when the water was gathering.

Another issue to consider is if your sump pump pit keeps filling beyond what you would consider being an acceptable level. What that level would be is almost always a matter of opinion since it involves your level of comfort as well as practical considerations. If you are simply not comfortable with a sump pit that is continually “overfilled,” it might be time to call in professional help, and we’re not talking about that of the psychiatric type either. A plumber is probably your best source of support.

Suffice it to say that if after you read this article you think that there is a lot of subjective content here, you would be correct. After all, what is good for one person might not be good for someone else. Not only do people differ but conditions differ too. For example, a person in a wetter climate might choose one type of sump pump and pit, while a person in a dryer climate might buy a different type. There is simply no way to say that in general there is one type of pump and pit that is better overall than any other.

You should always stay aware of what your sump pump is doing and, more importantly, what is normal for your sump pump. If your pump and pit are usually pretty dry rarely come on, then you have a period when it is full and is operating more often, it would probably be best to check it out and see what might be causing the difference. The house you save might be your own.