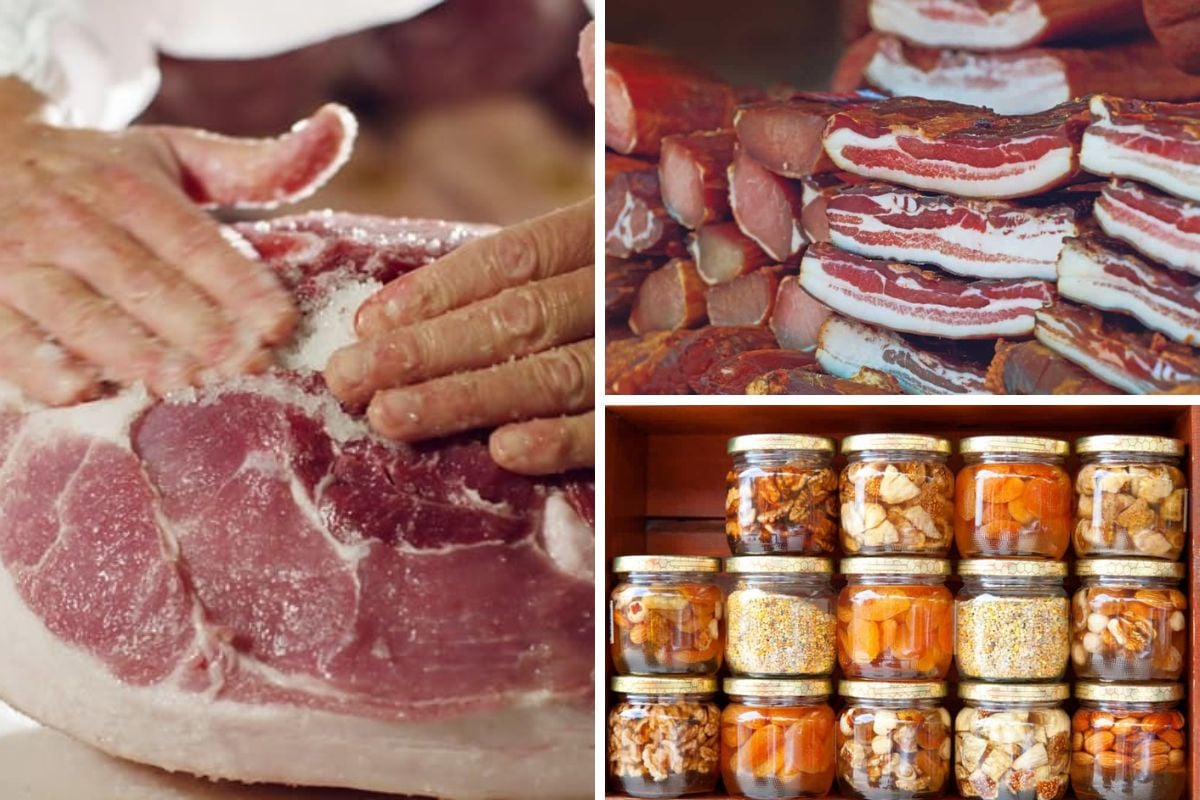 All I really have to say is prosciutto. That is the entire answer, the whole article, the only answer to every question about curing.

Methods of food preservation are an enormous part of food culture. And what began as a way of survival before we had the luxury of refrigerators, has become a nifty and thrifty way to experiment with food.

Curing has been around for a long time, and today we’re going to look at how we used it then, how we use it now, and how it actually works.

What Does Curing Do?

The whole idea about food preservation is removing the things that cause food to decay. More often than not, that thing is water. Mold and bacteria need water in order to grow. So by drawing water out of a food product, you are interfering with the microbial growth going on inside. 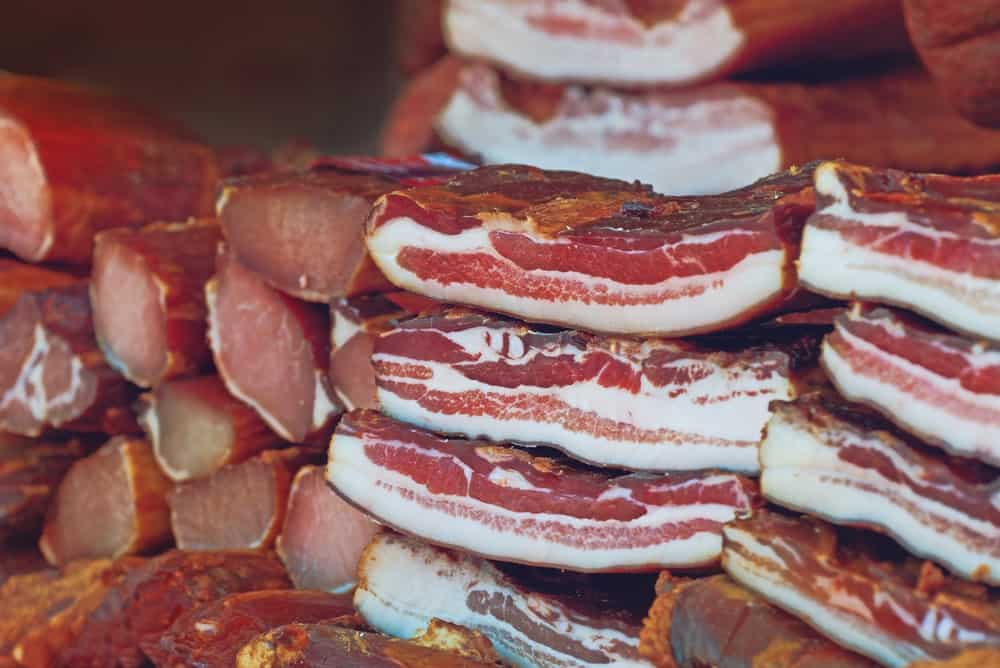 It’s the exact same concept as putting your phone in a bag of rice after you drop it in the toilet! (It’s also just like dehydrating as a way of food preservation, only with salt instead of air.)

Salt curing was originally a way to prevent the spread of disease. Life was a much less sanitized environment, and food and water were riddled with the potential for food-related illnesses.

This was a method of food preservation for thousands of years, and written evidence of curing has been found in ancient Greco-roman literature. Many ancient religious texts also describe using salted meat as offerings to the gods. 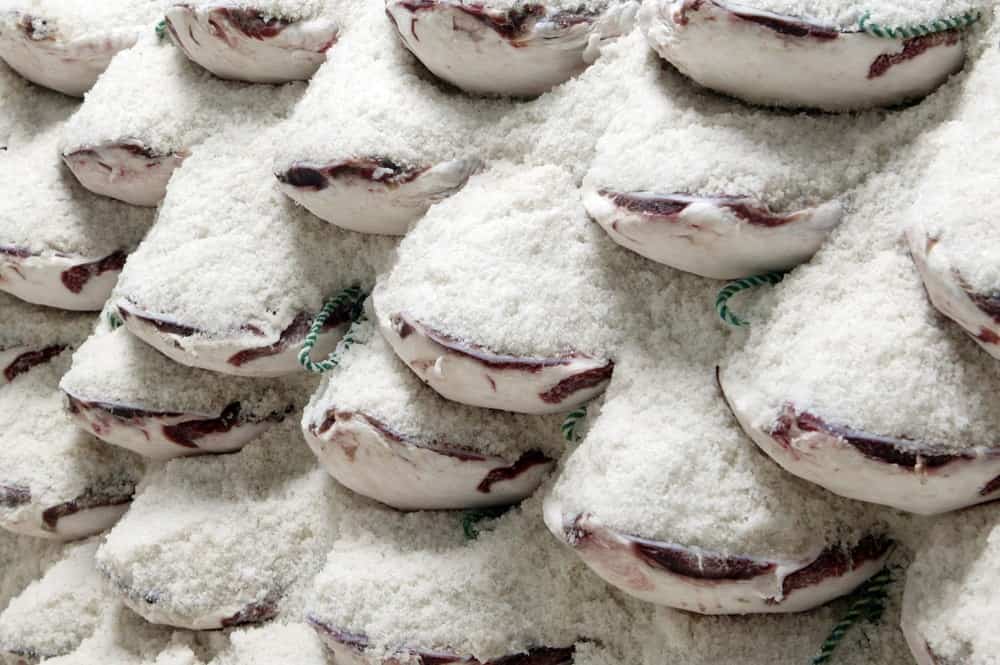 Salt curing was also a way to provide food security. Hunting a large animal and salt curing large portions of it would guarantee food for the harsher seasons. Cured meats were a staple in the diet of mariners and the royal navy. It was a sure meal for explorers and discoverers.

Ever since the 20th century came around and things like refrigerators were invented, the high demand for salted meats rapidly decreased. Food security is found in a myriad of different ways, and food-related illnesses are much less prevalent issue.

Today salt curing is practiced by way of cultural preservation, and for the simple texture and flavor of salted meat. I mean, where would we be if we’d never had the opportunity to taste prosciutto? That is a sad existence if you ask me. 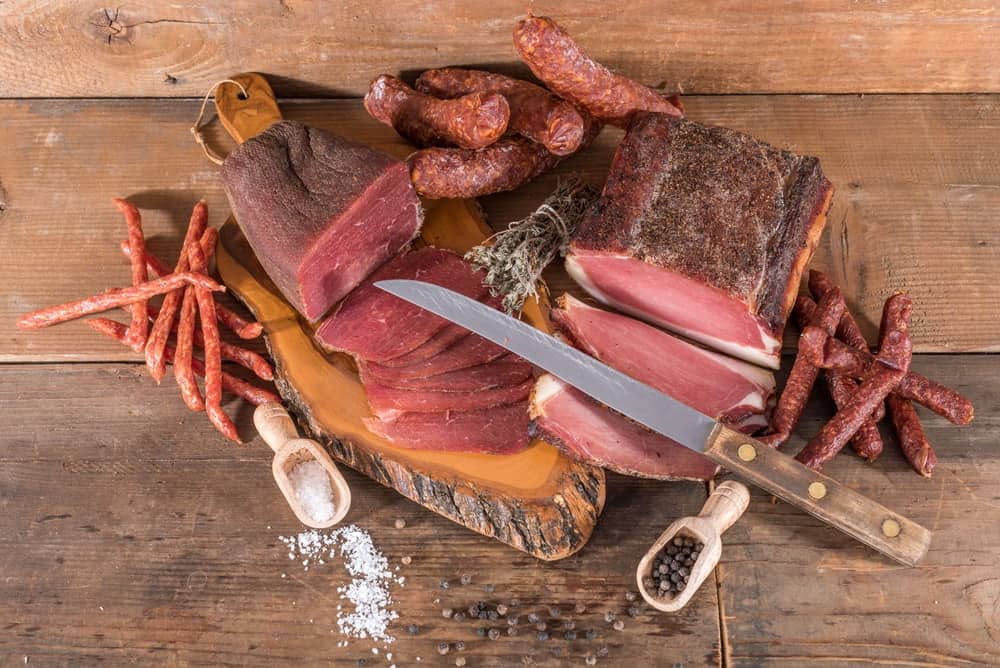 In combination with salt, curing is often done with the use of potassium nitrate and sodium nitrite. These properties bind to myoglobin, which is what keeps a muscle that appealing red color.

I can’t get enough of honey. It’s one of the weirdest and most delicious insect secretions we have available to us today. AND it is an extremely powerful natural preservative.

The earliest cultures of people used honey as a natural preservative and there have been jars of fruit stored in honey discovered in pyramids in Egypt. 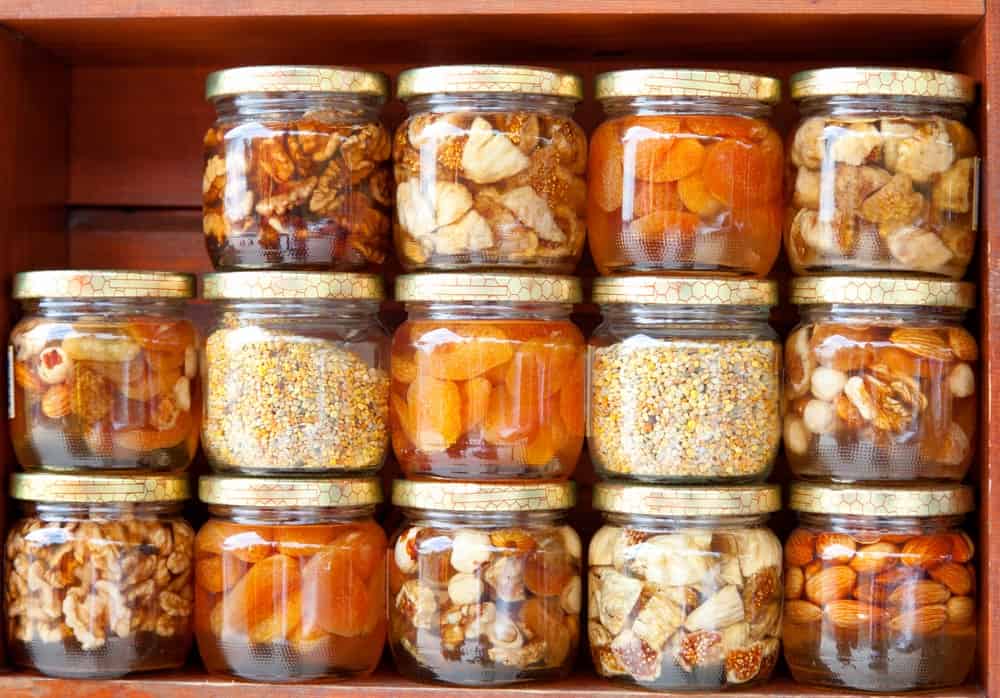 Granular sugar was brought to Europe through the development of trade routes and introduced the methods of sugar curing. Sugaring is the process of desiccating a food and packing it in sugar to prevent decay. This is always in combination with dehydrating.

Whether in the olden days or modern times, it appears as though sugar curing has always been done for sheer culinary pleasure. Crystallizing citrus peels and eating jars of syrupy peaches and pears is not a way of survival, but a way of luxury. 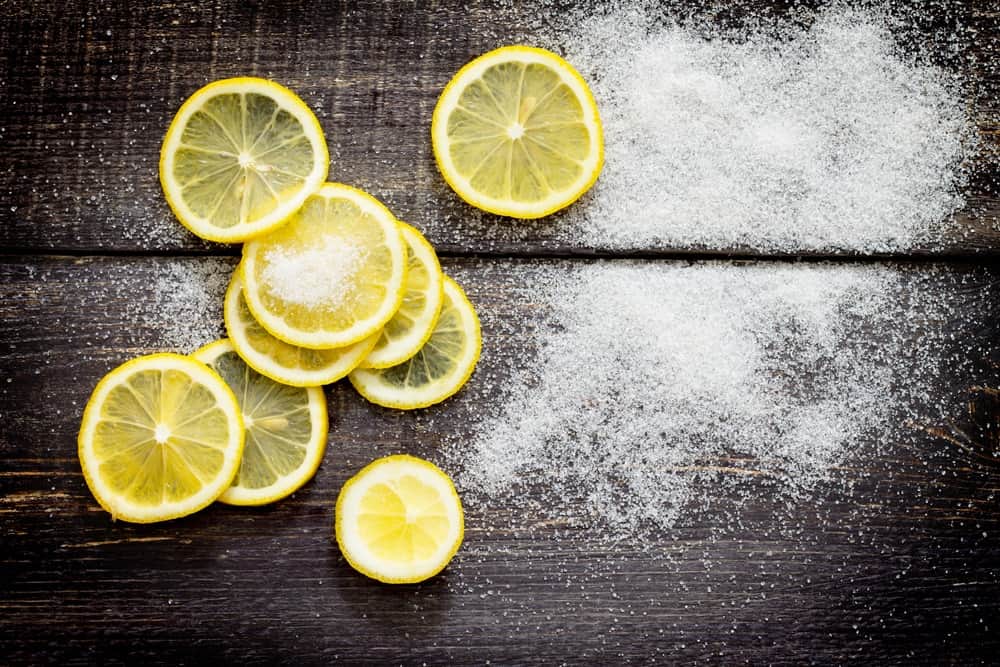 Does curing salt ever go bad?

Can I reuse curing salt?

If it is completely dried out from its last use, it should be good to reuse. Salt is a natural sanitizing property.

What is the best curing salt to use?

It is impossible to know the first person to ever think about salt curing meat, however, there is literary evidence to suggest that one of the first accounts occurred in the 3rd century BC. Cato describes recorded careful instructions on how to dry cure ham.

Can I cure meat with regular salt?

Although it has been done before, the risks of using regular home salt are that it may not perfectly preserve your product, and there is a risk of sodium overdose. It’s a better idea to use curing salt (which is usually dyed pink). For more details, visit The Spruce Eats.