This is a close look at the rare medicinal Reishi Mushroom, why its called the mushroom of immortality, what are its benefits to the body and where it grows. 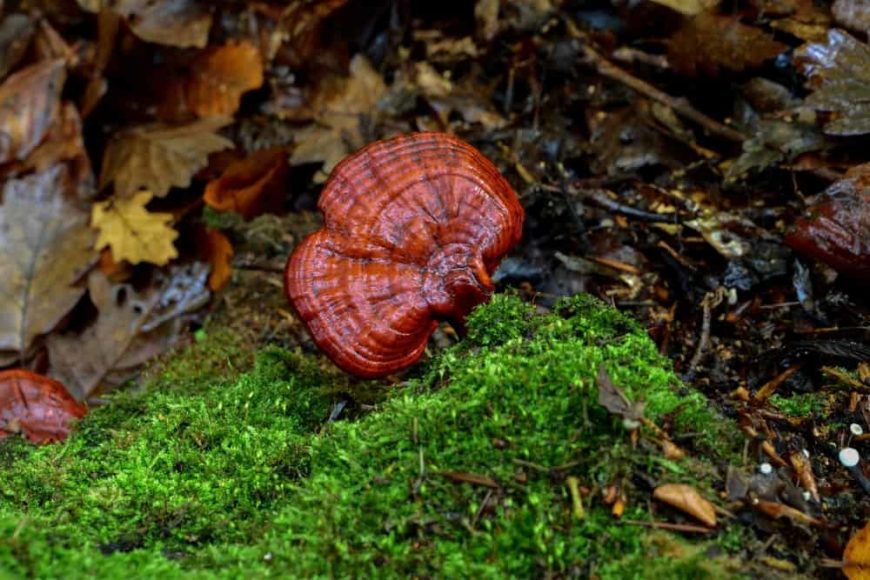 Mushrooms are weird. They are ancient (we’re talking over 1 billion years old), they are neither plant nor animal, they exist in every biome, and the properties they possess seem to solve almost every possible ailment a human could have.

You may have already heard about reishi mushrooms as helping with sleep regulation, but that’s because it’s one of the only proven effects. The reishi is an allusive creature. Extremely rare and only having effects on a small percentage of people, it’s only a matter of time until we can fully unlock its powers. I mean, it wasn’t historically called Lingzhi, which in Chinese means “the divine mushroom” for no reason.

A far greater mycologist than I, Paul Stamets took a great part in the creation of the documentary Fantastic Fungi, which goes into further detail about the wonders of all kinds of mushrooms. Whether they be edible, medicinal, or contain psilocybin, mushrooms have something to teach humans.

Fun fact: Did you know that the largest living organism on planet earth is a mushroom? The Humongous Fungus‘ mycelium (mushroom root system) covers almost 4 square miles of the Malheur National Forest in Oregon.

The first-ever record of using Reishi mushrooms in a medicinal way, comes from a prose poem written by Zhang Heng between CE 78-139. The prose references taking the reishi mushroom as a “drug of immortality”, directly linked with qi, which means “life force“. Although many scientific studies performed today regarding the influence of reishi mushrooms, this kind has been present in ancient remedies for a very very long time. 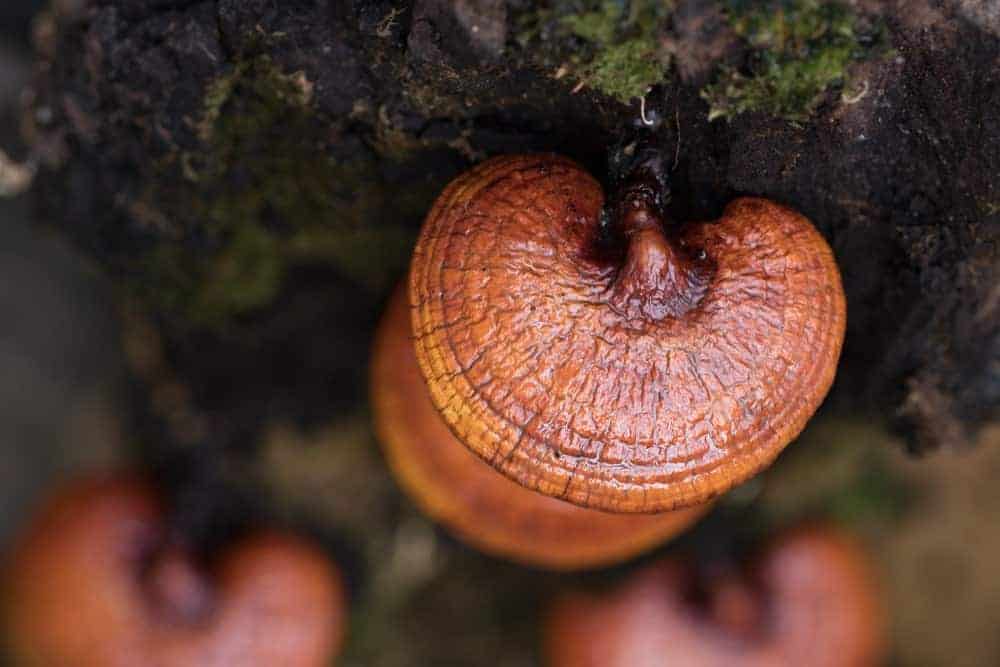 This type of mushroom is both parasitic and saprotroph, meaning that it will drain all of the energy and nutrients from a tree (parasite) and digest all of the resulting decayed matter (saprotroph).

The reishi is considered to be an edible mushroom, though the texture and flavor are nowhere near delicious as a portobello or a morel. It’s rather corky and firm in texture and is bitter in taste. It is more popularly consumed as a powder, tincture, or extract. 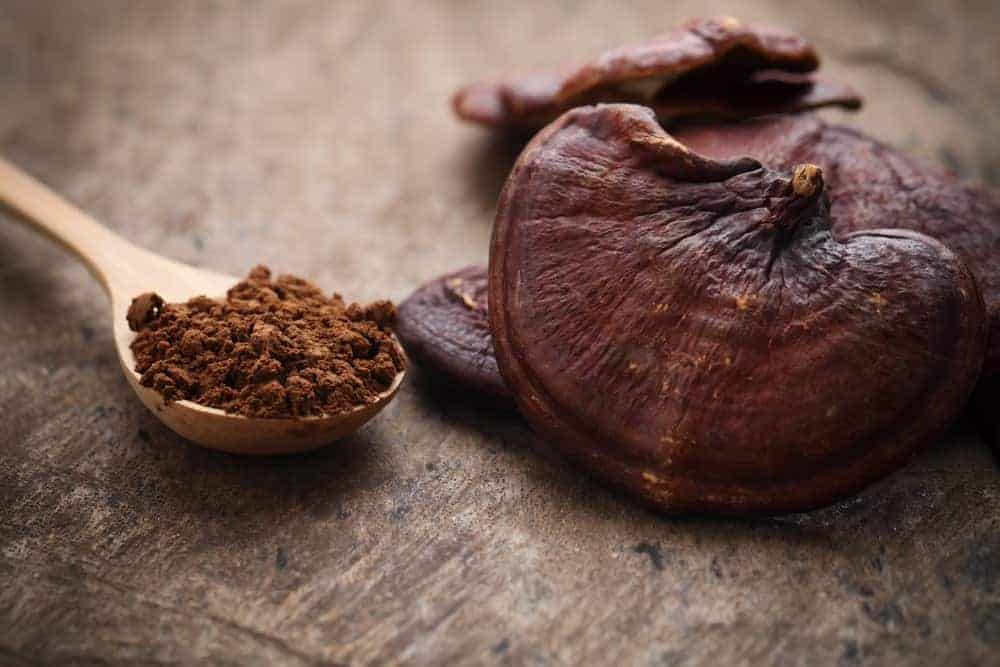 Researching the effects of reishi mushrooms on human health is rather difficult to do. Many studies remain to be inconclusive or to have no effect, or only an effect on a very small percentage of people. Which is rather odd, considering that reishi has been used medicinally for thousands of years.

All the same, these kinds of mushrooms contains vitamins, minerals, amino acids, and dietary fibers. So if it turns out that reishi isn’t an anti-carcinogenic property, it is still absolutely stuffed with loads of goodies that can keep a body healthy. 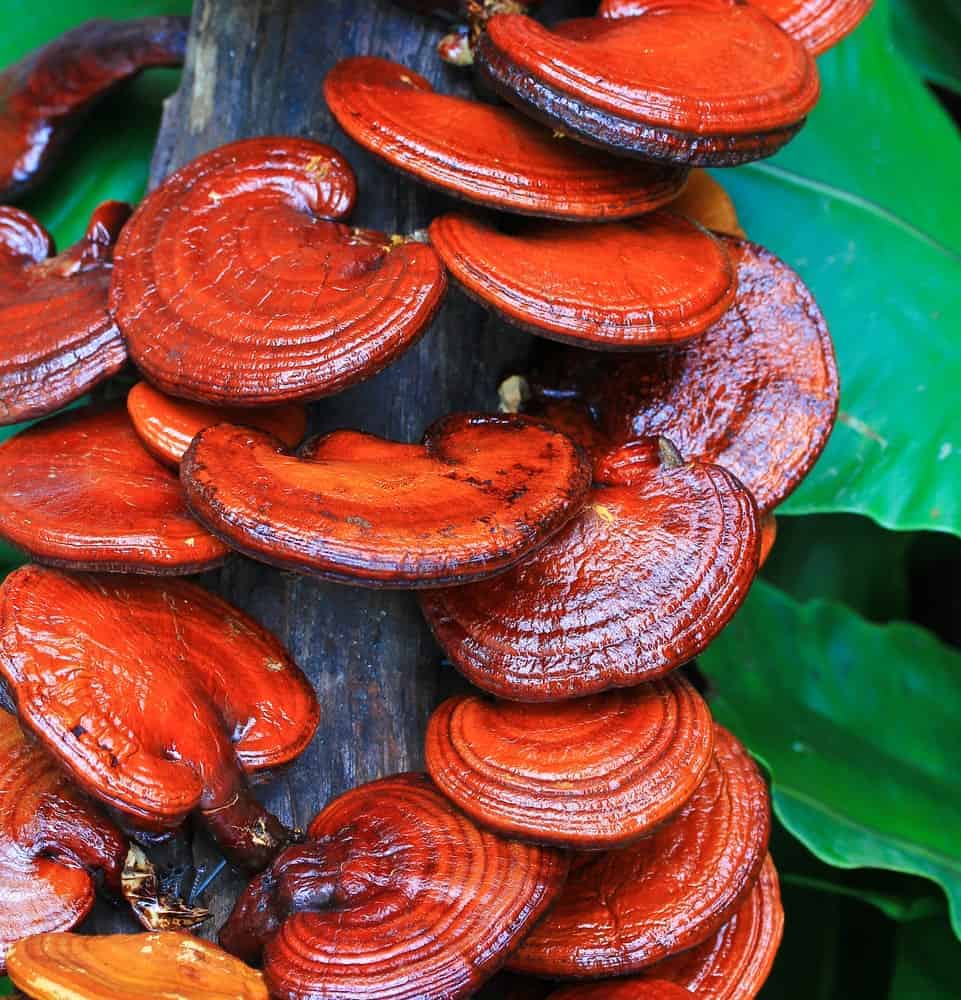 Reishi mushrooms contain complex sugars called beta-glucans. Studies have shown that these complex sugars can both prevent the spread and growth of cancer cells by quickly and intensely activating the immune system.

Something called triterpenes can be extracted from reishi mushrooms. This property may potentially have anti-allergy benefits and the ability to lower blood pressure. Triterpenes are also promising in helping with complications with diabetes.

Full of anti-oxidants, that help with inflammation and oxidative stress, the reishi shares this property in common with almost every other type of mushroom, medicinal or not. Mushrooms just seem to know what humans need.

Why should I take reishi mushrooms medicinally?

They are used to encourage immune system response in the body, improve sleep, reduce physical stress symptoms, and help with lethargic feelings.

Where can I purchase reishi mushrooms?

Apparently, polysaccharides found in reishi mushrooms are beneficial when trying to lose weight. These studies have only been done on rodents and never on humans, so results are inconclusive. But visit Jerry Haugen’s article Losing Weight With Mushrooms for a more detailed response.

Absolutely. They do not contain psilocybin which makes a mushroom psychedelic.

When do reishi mushrooms grow?

They tend to pop up in late May to early June. Most mushrooms have a very short growing season.