Combining the classic flavors of ranch dressing and the savory goodness of cheddar cheese, our recipe for Ranch Cheddar Chicken is sure to be a family favorite. This recipe will be popular with kids because it mimics the texture of nuggets, but it's sophisticated enough for an adult palate too! 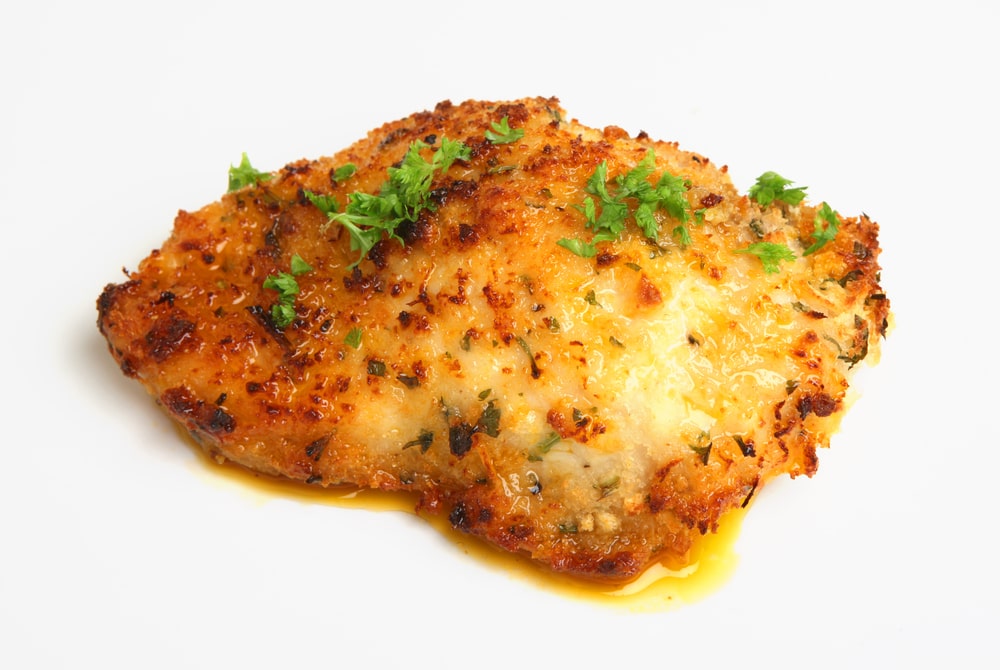 What do plumbers, cowboys, and kitchen cooks have in common? Oddly enough, all of these roles are things that the inventor of ranch dressing did throughout his life! In 1948, Steve Henson moved to Alaska where he worked as a plumber. During this time, he created a new salad dressing that he shared with those with whom he worked. After several years, Henson moved to Santa Barbara, California and retired. 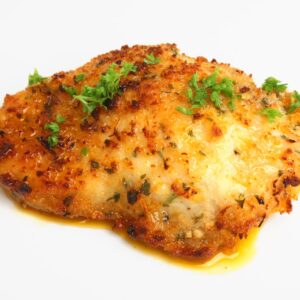 April Freeman
With a crunchy, cheesy outer layer and a juicy, savory interior, our recipe for Ranch Cheddar Chicken is a new and exciting twist on chicken strips or nuggets. This is the grown up version of the classic kid’s favorite, with the flavors of ranch dressing, the tang of mayonnaise, and the gooey deliciousness of cheese.
Print Recipe Pin Recipe Add to Collection Go to Collections
Prep Time 15 mins
Cook Time 25 mins
Total Time 40 mins
Cuisine American
Servings 4 Servings

However, retirement was not for Henson. Soon he purchased a ranch called the Sweetwater Ranch. Henson renamed his ranch The Hidden Valley Ranch.  When Henson revamped the menu of The Hidden Valley Ranch, he included the salad dressing recipe that he had invented while he lived in Alaska. His guests enthused over the creamy tanginess of this dressing. Eventually, an owner of the Cold Spring Tavern, a local restaurant, discovered the dressing. Henson began selling the dressing to the restaurant.  Eventually, Henson started a mail order business, creating and shipping packets of the dressing mix all over the United States from his home at the Hidden Valley Ranch. He sold a powdered mixture that cooks could use to create their own ranch dressing by mixing in buttermilk. This business grew so popular that Henson ended up building a factory to manufacture his ranch dressing mix and sell it to grocery stores everywhere.  In October of 1972, the Clorox company purchased the Hidden Valley Ranch salad dressing company for 8 million dollars, and Henson was able to retire once again. However, other food manufacturers had taken note of the popularity of ranch dressing and had their sights on copycat versions of the dressing mix. Kraft Foods Company and General Foods began marketing their own versions of this fabulous flavored dressing. In 1983, a shelf stable bottled version of Hidden Valley Ranch salad dressing was created by the Clorox corporation. The era of bottled salad dressings began. Nowadays, we take it for granted that we can find hundreds of versions of salad dressing in the aisles of every grocery store. However, the story of Steve Henson's Hidden Valley Ranch dressing started it all.  Ranch flavor is popular in all kinds of things besides just salad dressing. Cool Ranch Doritos, ranch flavored pretzels, and ranch flavored nuts are only a few of the offerings that come with this tasty flavor combination. Ranch is a universally loved flavor and our recipe for Ranch Cheddar Chicken will likely be just as popular with your family.
Keyword Ranch Cheddar Chicken Recipe, Ranch Chicken