The science of fermentation not only preserves your food, it also transforms it to something more. Learn more about this and how to do fermentation at home.

I don’t know what you think, but it seems as though fermentation is one of those food trends that has really exploded. Much like sun-dried tomatoes in the ’90s, or like the great explosion of sourdough starters during the Covid lockdown of March 2020.

When most people think of fermentation, they think of either that forgotten bag of grapes in the back of the fridge or that strange kombucha placenta at their friend Harmony’s house. But contrary to popular belief, fermentation practices are present in far more food products than just liquor and kombucha.

Today we’re going to look into what fermentation is as a method of food preservation. What’s going on at a molecular level? When did fermentation practices start? What does it actually do to food? If you’re curious about any of these things, stick around and find out!

The science of fermentation is known as zymology. One of its members, Louis Pasteur, sums up fermentation in a rather eloquent statement in a book titled Trends in Biotechnology: “alcohol fermentation is an act correlated with the life and organization of the yeast cells, not with the death or putrefaction of cells.”

Unlike many other methods of food preservation, the goal is not to annihilate bacteria but to simply chemically alter it. This is often done by removing all air and water content from a food product, but that is not the case with fermentation. On a microbial level, starches and sugars are turned into alcohol. But more on that later. 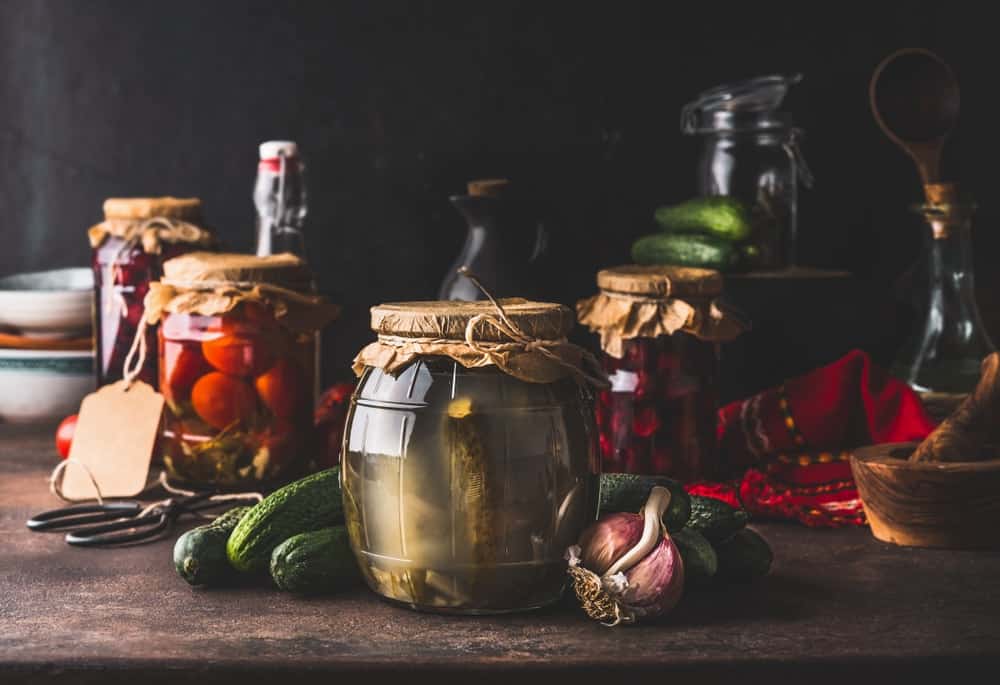 Let’s start out with an interesting little story. We all know about how filthy life must have been in the middle ages: people throwing the contents of their bedpans onto the street, a complete lack of clean water, and many other unmentionable standards of living.

It was dangerous to drink water during this time period, as the water often contained harmful pathogens capable of spreading disease. It was actually considered acceptable to drink beer in place of water. Why? Because beer is made from water, barley, and yeast. Boiling these ingredients down kills bacteria that cause food-related illnesses. Not only that, heat treatment changes the chemical makeup, and microorganisms start to produce vitamins as they ferment. 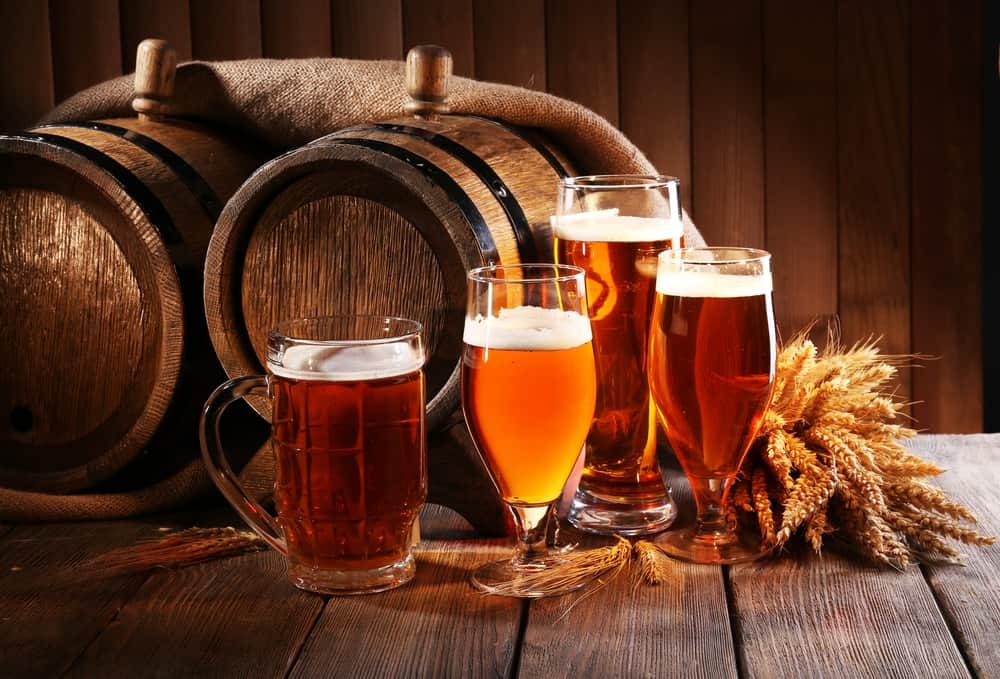 Several other historical findings of age-old fermentation come from a variety of places.

In Haifa, Israel, archaeologists found a barrel of beer containing beer residue in a cave. It is said that this could date back to over 13,000 years ago.

The Zagros mountains in Iran are another area of archaeological interest, where they found jars containing remnants of wine at least 7000 years old. 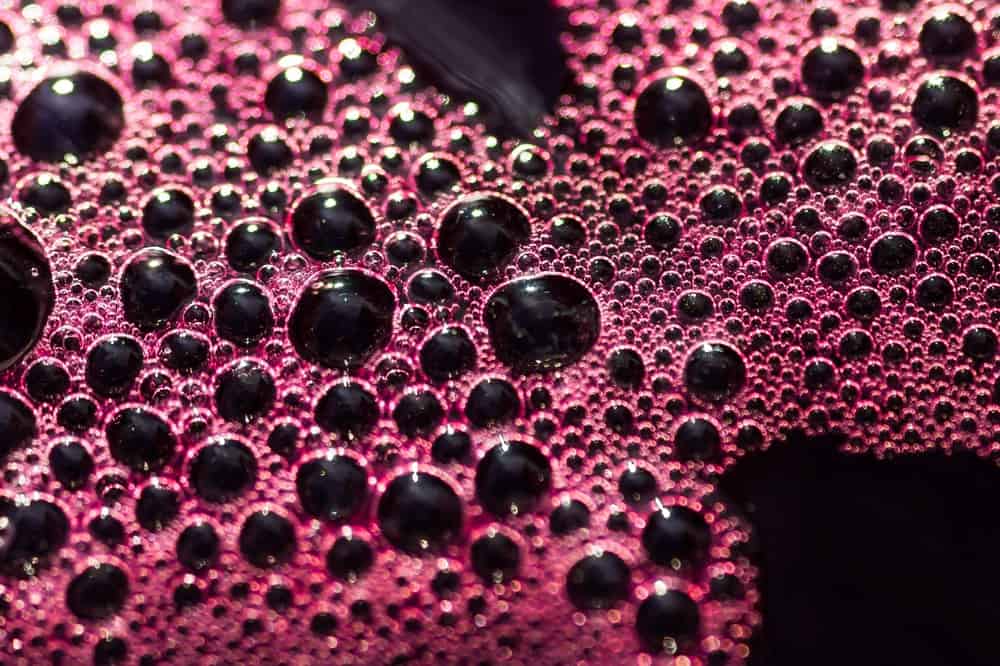 One final mentionable finding comes from a village in China called Jiahu. An alcoholic drink made from honey, rice, and fruit has been found in multiple locations, and that dates back to 7000 BC.

What’s happening in the conversion of sugars and carbohydrates into alcohol, which is an extremely hostile environment for most living things. Another way of looking at is, is these microorganisms are keeping pathogens under control by creating an environment toxic for themselves, by producing acid or alcohol. 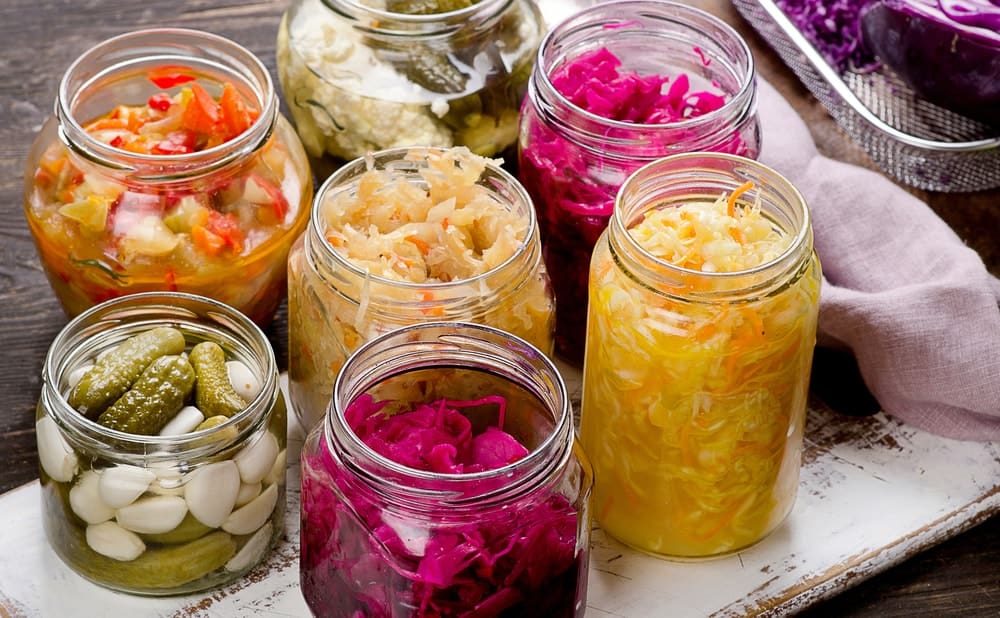 It turns out that things that are fermented, end up being the things that are easiest to digest for most people. As a food product ferment its chemical makeup changes, and it starts to produce new vitamins that it wouldn’t have otherwise (especially when in combination with other items). Fermented foods are packed to the absolute brim with probiotics, and it’s a really good idea to ingest probiotics if you’re on an antibiotic medication to replenish. 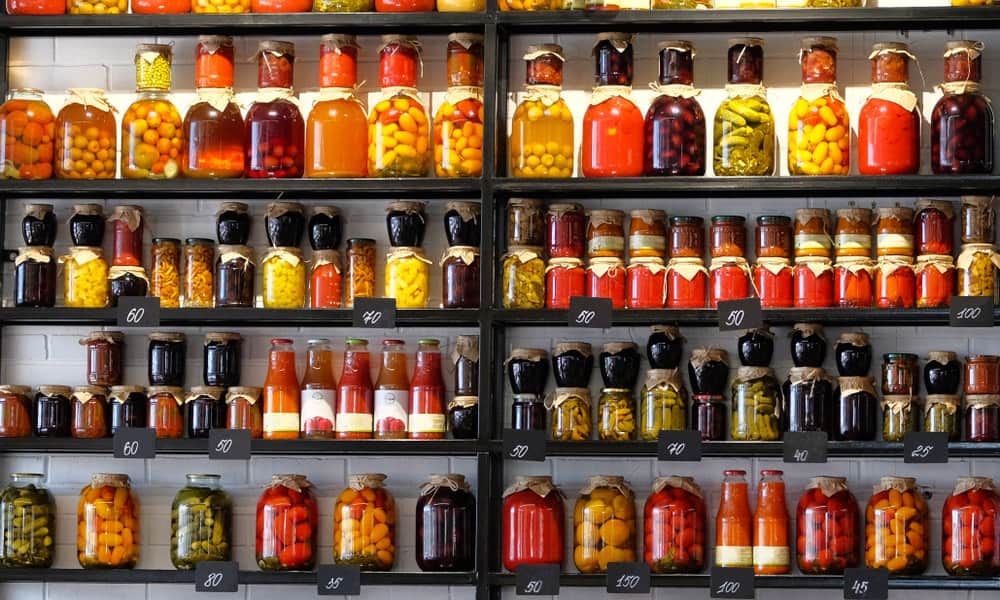 It’s been described that in the fermentation process that the microbes are actually “pre-digesting” the food, making it all the easier for humans to digest. Kind of like the way that birds feed their young by spitting up partially digested food. I know, gross, yet hilarious.

The end product is something that is a unique tasting, highly nutritious, and palatable. Certain studies have been done to prove that people who experience celiac disease are actually able to successfully digest sourdough that has been properly fermented. It is a highly processed gluten that is the issue. 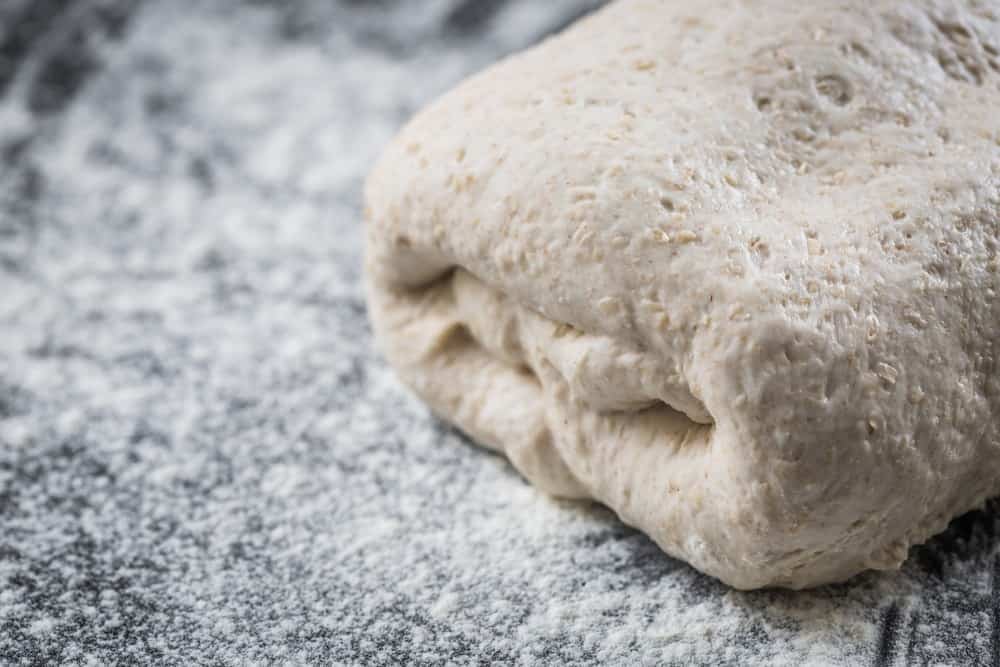 There are tons of regularly consumed products that you may not have ever known are fermented.

How to Ferment at Home 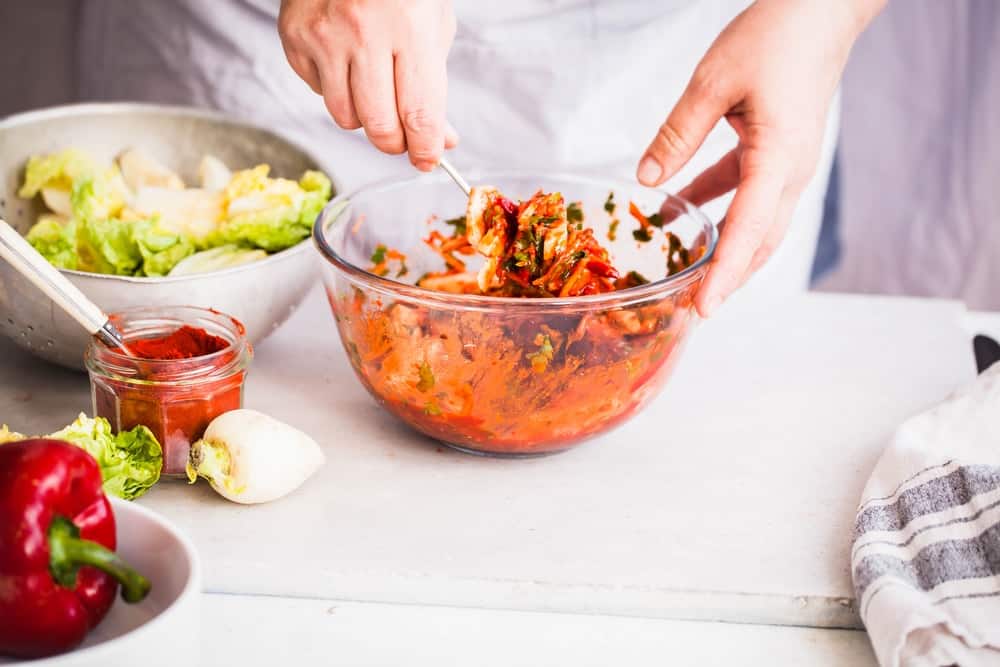 Choose your equipment! All you need is a container that can give a super tight seal. Mason jars are a great option.

Prepare your produce. Vegetables are the common choice for fermenting. Remember the structure of the pieces is going to alter over time. Grating them will result in a sludge, large dices will grow softer and smaller.

You’ll need a starter culture. This can be done with whey or something that everyone has in their house: salt! A brine is simply a super salty liquid. A good rule of thumb is that for every 100 grams of vegetables you have, you’ll need 2 grams of salt added to the liquid.

It’s a good idea to use water that isn’t too chemically altered (chlorine, fluoride, etc) as this will interfere with the living microbes. It doesn’t encourage a healthy ferment.

Ensure that all of your nice veggies are completely submerged in the brine. Then pop on your mason jar lid and listen for pop, which means that it is vacuum sealed with air trapped inside. Leave them at room temperature for 3 days.

After 3 days at room temperature, open up the jar and give it a taste. If it’s not as acidic as you would like leave it at room temperature for another 3 days. Continue with this process until you’re at the desired taste level. Once this is established, transfer the jar to the fridge and it will keep for months at a time.

When does fermentation start?

It takes around 12-36 hours for the first signs of fermentation to show in an anaerobic environment.

When does fermentation start?

It will start temperatures that are low. That’s why jars a kept at room temperature until the desired level of acidity is reached. It is placed in the fridge once it doesn’t need to ferment anymore.

Does fermentation require a lid?

Do I need weights to properly ferment?

Weights are used to help the vegetables stay submerged in their brine. If you put enough liquid into a jar a weight probably won’t be necessary.