Looking for a kid friendly recipe to create with the kids at their next sleepover party? This recipe for Pizza Pot Pies will be a favorite. With layers of pizza toppings and covered with pastry crust, this recipe is a fun way to get the kids in the kitchen. 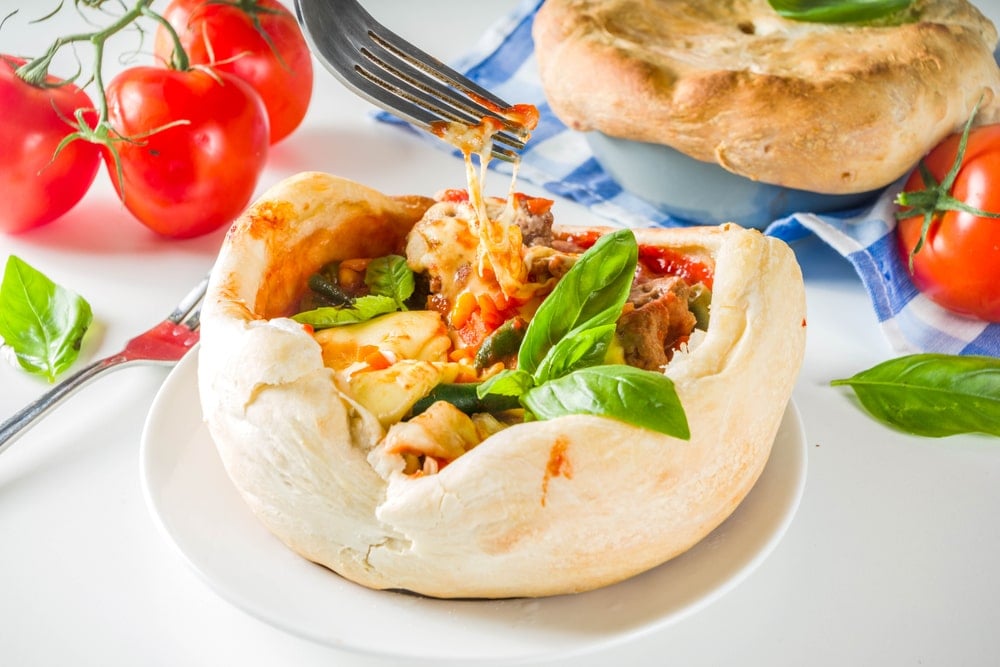 When you host a kids’ party in your home, finding activities that are enjoyable for a group can sometimes be challenging. One thing that most kids like is cooking. Whether you are baking a batch of cookies or decorating cupcakes, kids love making something delicious themselves. When the food is a favorite flavor, that makes it even better.

These Pizza Pot Pies are created in individually sized ramekins. Creating the pizzas in the ramekins is a lot less messy than giving each kid their own individually sized pizza crust. Additionally, you can bake all of the ramekins at the same time by placing them all on a baking sheet and sliding them into the oven. The kids can help clean up the kitchen mess while you wait for the Pizza Pot Pies to bake. 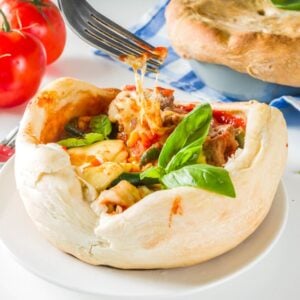 April Freeman
Are you looking for a recipe for the kids to create and enjoy? Our recipe for Pizza Pot Pies has all of the flavors of a traditional pizza recipe, but it is created in individually sized pot pies. With layers of pizza toppings and covered with a pastry crust, this recipe is a fun and interesting twist on a traditional pizza. With this recipe, you can combine the comfort food flavor of your favorite pot pie with the junk food appeal of a pizza!
Print Recipe Pin Recipe Add to Collection Go to Collections
Prep Time 20 mins
Baking Time 25 mins
Total Time 45 mins
Cuisine Italian
Servings 6 Pizza Pot Pies

Ingredients for Assembling the Pot Pies

Our recipe calls for several traditional pizza toppings. You do not necessarily have to stick to this list, however. If there are other toppings that you like, feel free to make substitutions. You can be creative by switching out other meats and cheeses for what is suggested. Additionally, you do not have to make the top crust from scratch. If that sounds daunting to you, or you do not have time to make it, you can purchase a premade pie crust in the dairy department of your local grocery store. These pot pies are perfect for make-ahead lunches. Assemble the ramekins all the way up until the point in the recipe where you have to bake them. At this point, you can cover each individual ramekin with plastic wrap or aluminum foil and put them in the refrigerator. Later in the week when you are ready to eat them, just preheat the oven and proceed as directed in the recipe. Because this recipe makes six-pot pies, if you are only serving two or three people at first, you can bake only as many pot pies as you need for dinner and save the others in the refrigerator for later on in the week.
Keyword Main Course, Pizza Pot Pies, Recipe