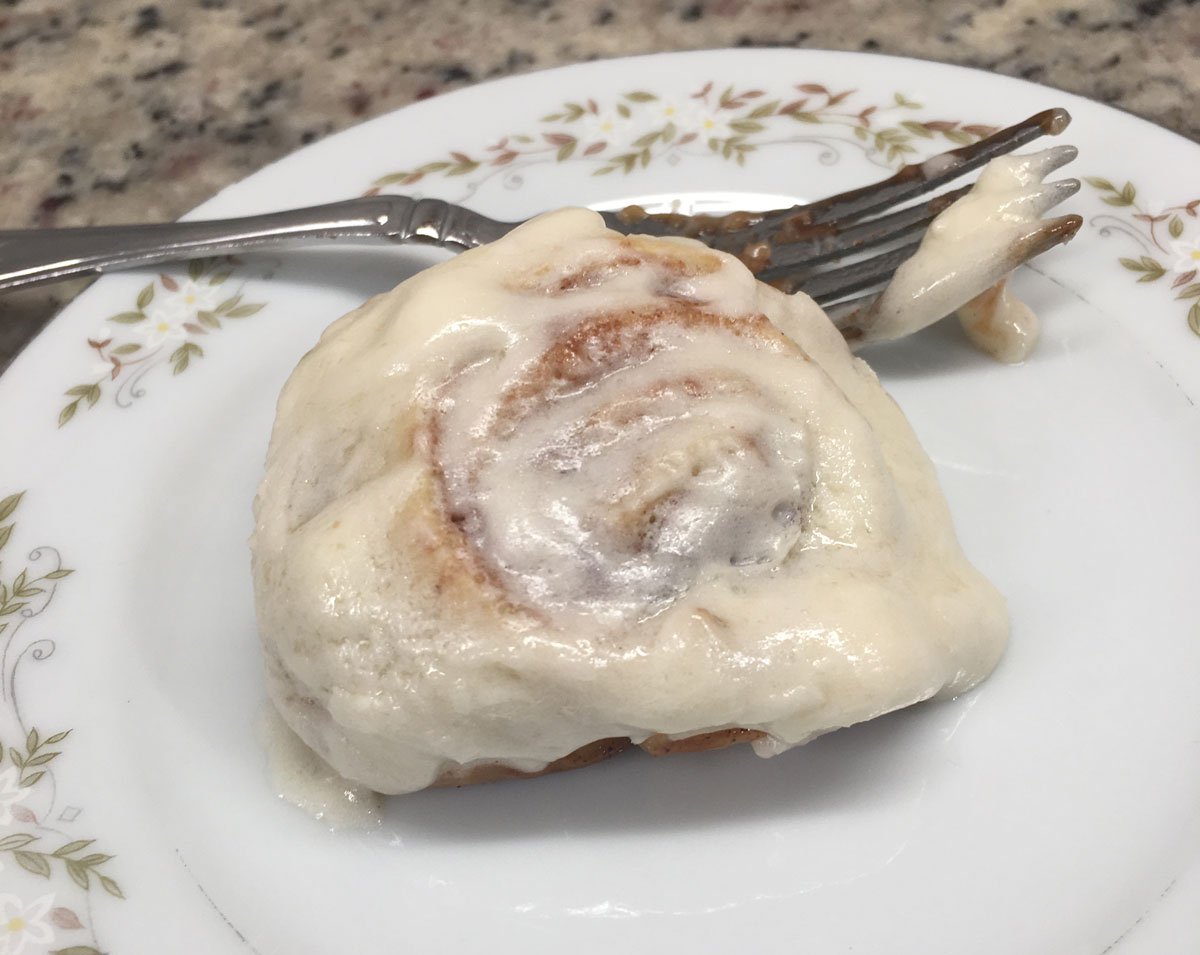 Almost everyone acknowledges that baked goods made from scratch are the tastiest, highest quality treats. However, even expert cooks have busy days when baking from scratch is just not going to happen. Things go wrong, schedules fill up, and all of the sudden, time is short and a treat from scratch is out of the question. That is when the experienced cook pulls out one of his or her trusted shortcuts to whip up a delicious treat in just a few minutes. 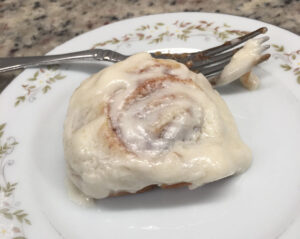 April Freeman
Are you running short on time and you need a tasty breakfast recipe that will only take a few minutes, but is still special? This recipe for Pizza Dough Cinnamon Rolls tastes like you spent hours in the kitchen, but comes together quickly with a minimum of mess. They are topped with a homemade cream cheese icing that adds the perfect touch to this recipe.
Print Recipe Pin Recipe Add to Collection Go to Collections
Prep Time 5 mins
Cook Time 35 mins
Rising time 20 mins
Total Time 1 hr
Servings 9 Cinnamon rolls

One such shortcut is to use refrigerated pizza dough for certain recipes like this one. All you have to do is unroll the refrigerated dough, spread on the filling, roll it into a log, and slice the log into rounds. After a brief time to rise, the rolls can go into the oven and in no time flat, your family will have a gooey, creamy, batch of cinnamon rolls to enjoy for a special breakfast. Nobody will need to know that you did not spend lots of time preparing this recipe for Pizza Dough Cinnamon Rolls. One thing to keep in mind with this recipe is that the cinnamon rolls will have a slightly different texture than many other kinds of cinnamon rolls. Because you are using pizza dough, the dough will not be as light and fluffy as some other cinnamon roll recipes. The dough is chewier than a traditional sweet dough roll. This means that your cinnamon rolls will be nice and gooey. They will still have a wonderful texture despite the fact that they are a bit different from a bakery-style cinnamon roll. This recipe makes a small batch of nine cinnamon rolls. They fit nicely into a nine-inch baking pan. However, if you have a larger family or you are baking for a crowd, like at your work holiday brunch, you can easily double the recipe to make a nine by thirteen inch baking pan that will hold twelve to eighteen rolls to feed a larger crowd.