Learn all about the rare carnivorous plants that use the pitfall trap to acquire prey, their characteristics, what they eat, and the places where they live. 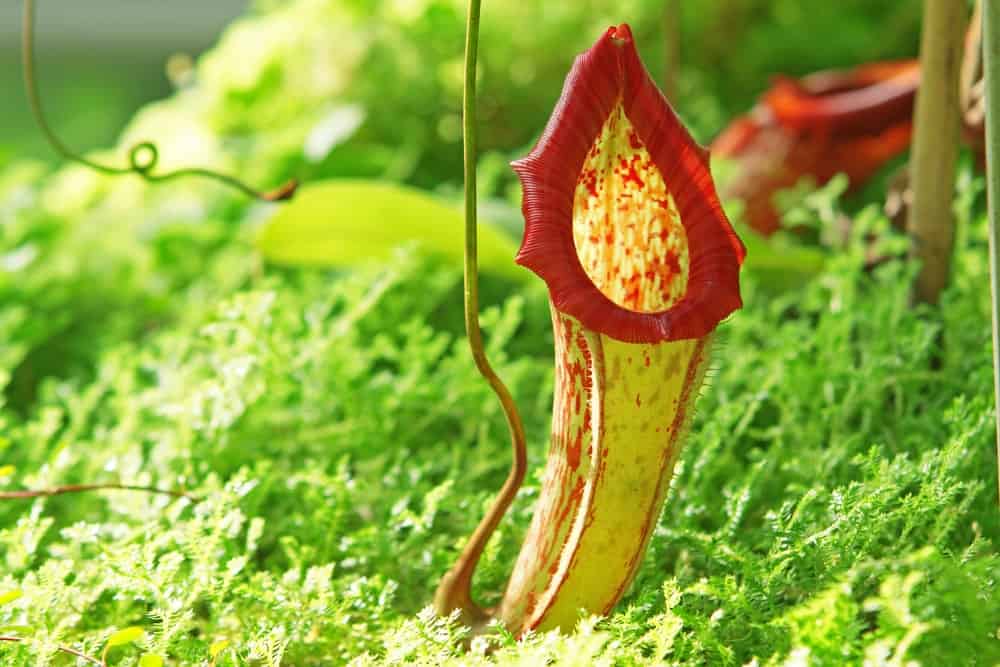 In the article 5 Types of Carnivorous Plants and How They Trap, we discuss exactly how these extraordinarily adaptive plants actually trap their prey. Carnivorous plants are very varying in where they choose to live and how they function.

A Brief Explanation of Carnivorous Plants

Carnivorous plants ended up that way due to the need to adapt to incredibly low-nutrient environments. They exist in water or very waterlogged soils, bogs, and fens. 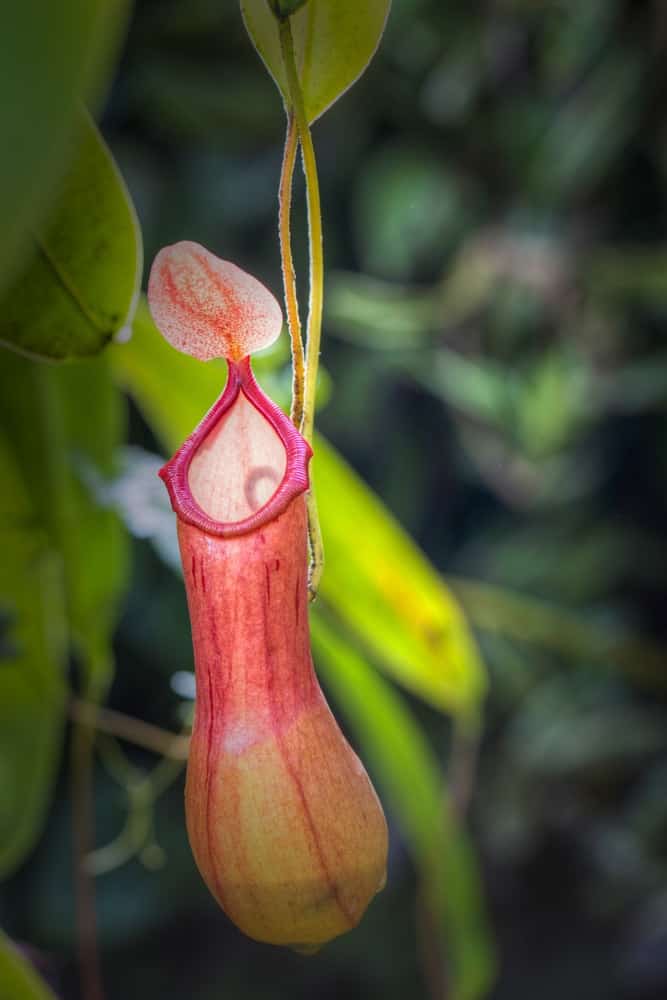 Carnivorous plants can also be classified as insectivorous, due to the fact that the vast majority of what they eat are insects and small invertebrates, and protozoans (single-cell microorganisms that exist in water). The types of carnivorous plants that digest small rodents and other mammals come equipped with bladders large enough to do so. Which brings me to… 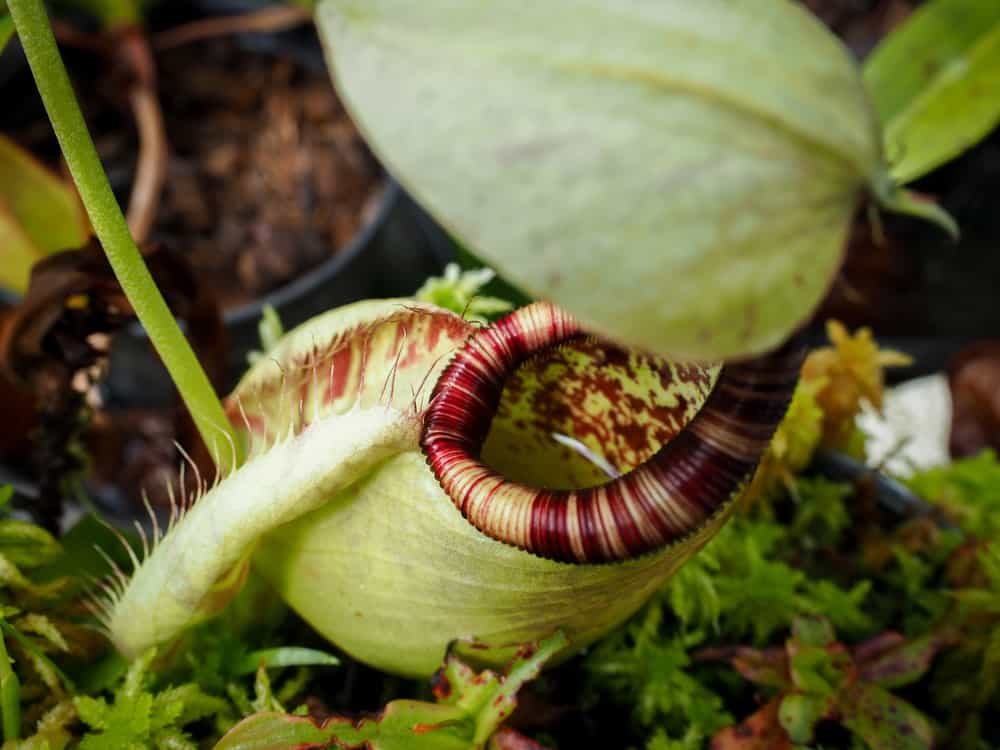 The Attenborough Pitcher Plant is in the list of Top 10 Rarest Plants in the World and is classified as being critically endangered.

Where it Can Be Found

The Attenborough Pitcher Plant is found strictly in one area on earth, meaning that this species is endemic to one location. This occurs in the Victoria Massif of Palawan (which is a small island off of the Philippines). It will only grow 1450 meters above sea level, and only amidst shrubbery less than 1.8 meters tall, in particularly rocky soil. 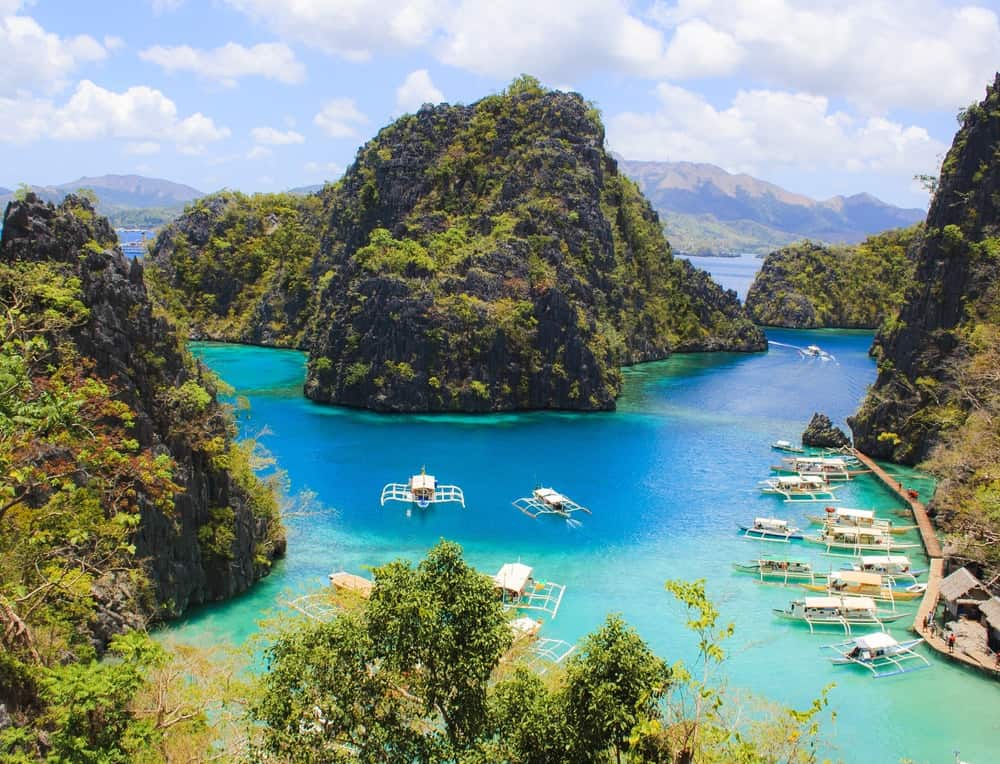 The Attenborough Pitcher Plant sports exciting colors to attract its prey, as well as enticing smelling nectar that fills its bladder. The entire plant resembles a water pitcher, the leaf being the body of the vessel. The opening of the pitcher, as well as the interior walls, are very slippery, so once prey falls in it does not have a chance of escaping. Hence, the pitfall trap. 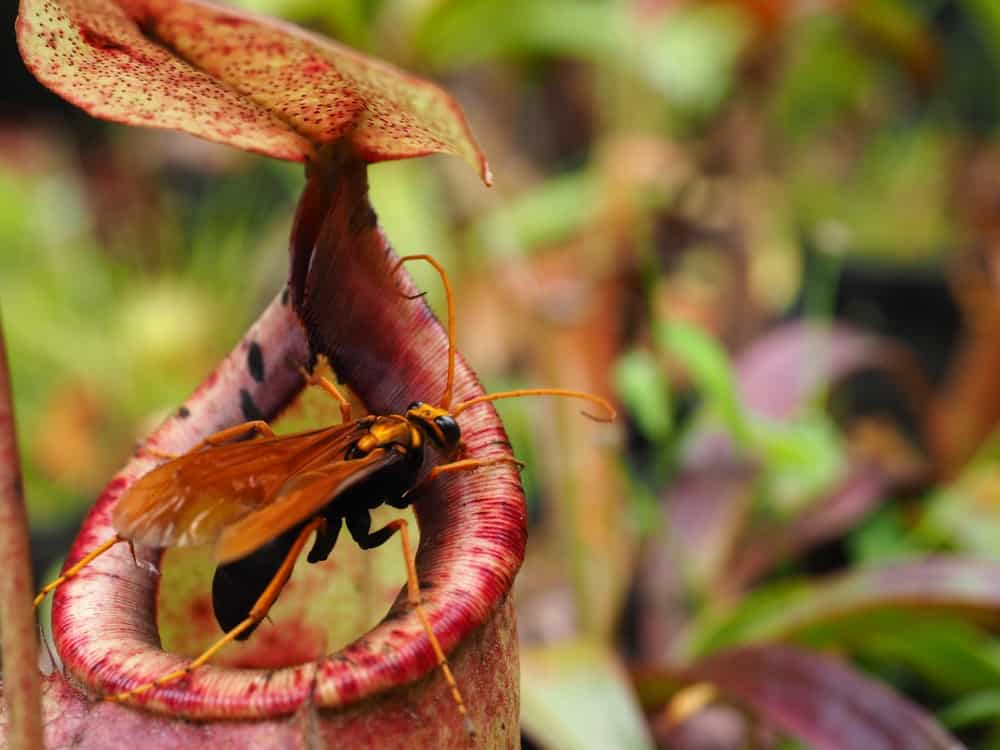 Once the prey falls into the pitcher, it will soon discover it is actually in a stomach, and that it is swimming in the plant’s digestive juices. It will drown and be slowly digested by the Attenborough Pitcher Plant.

The pitcher plants are the carnivorous plants large enough to ingest small mammals. This includes mice, rats, and other rodents. They will also eat any size of insects or anything that will fall into their trap. 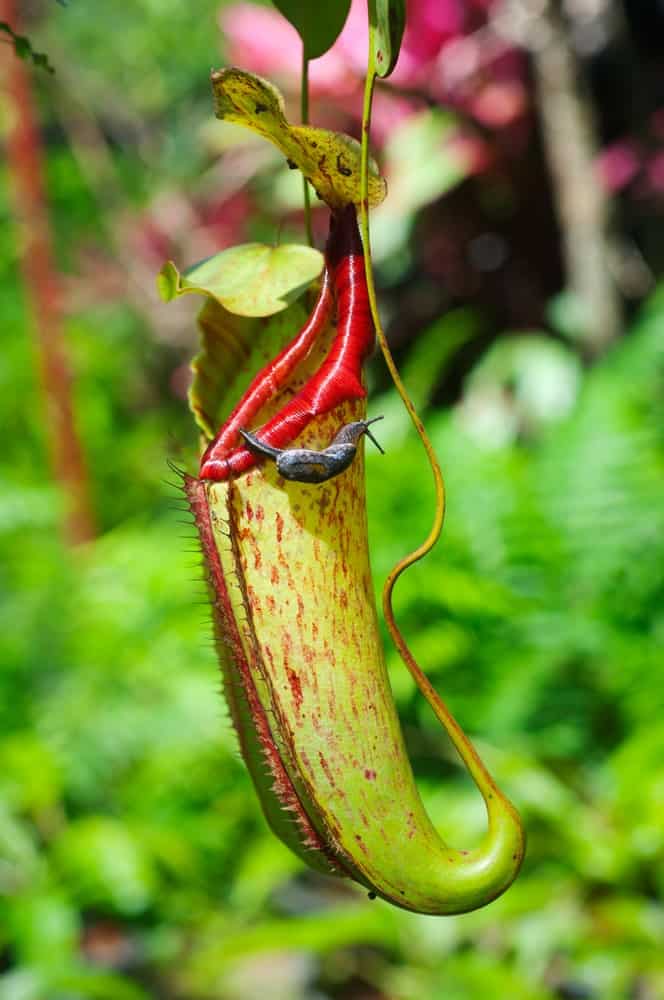 The Cobra Lily is another stunning example of the pitcher plant. The body is appropriately named, as it resembles that of a cobra waiting to strike. Fun fact about the Cobra Lily: researchers still have no idea how the Cobra Lily pollinates! 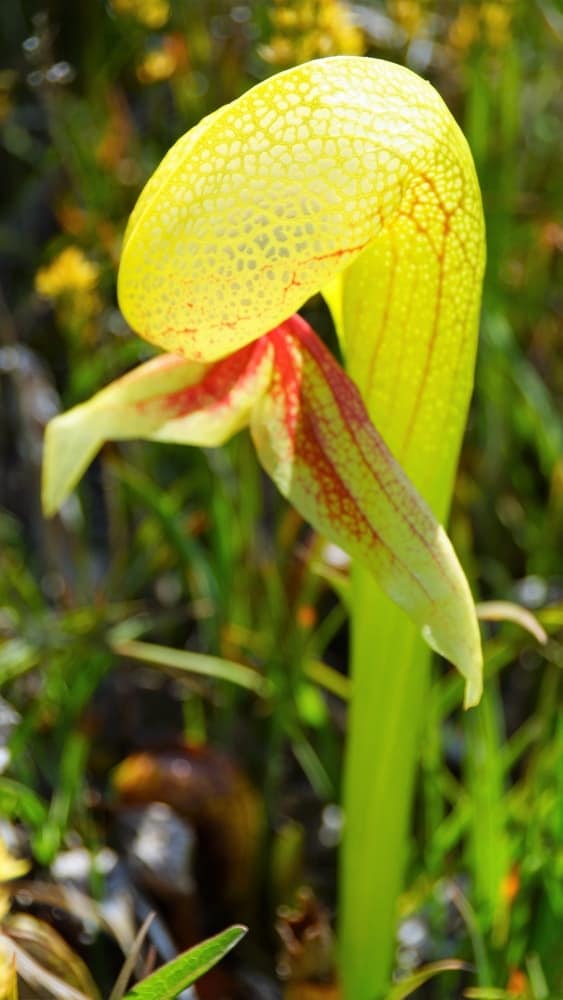 The Cobra Lily is not so rare as the Attenborough Pitcher Plant, but it’s rare just the same. They require a very strict environment and are quite unique from other kinds of carnivorous plants.

Where it Can Be Found 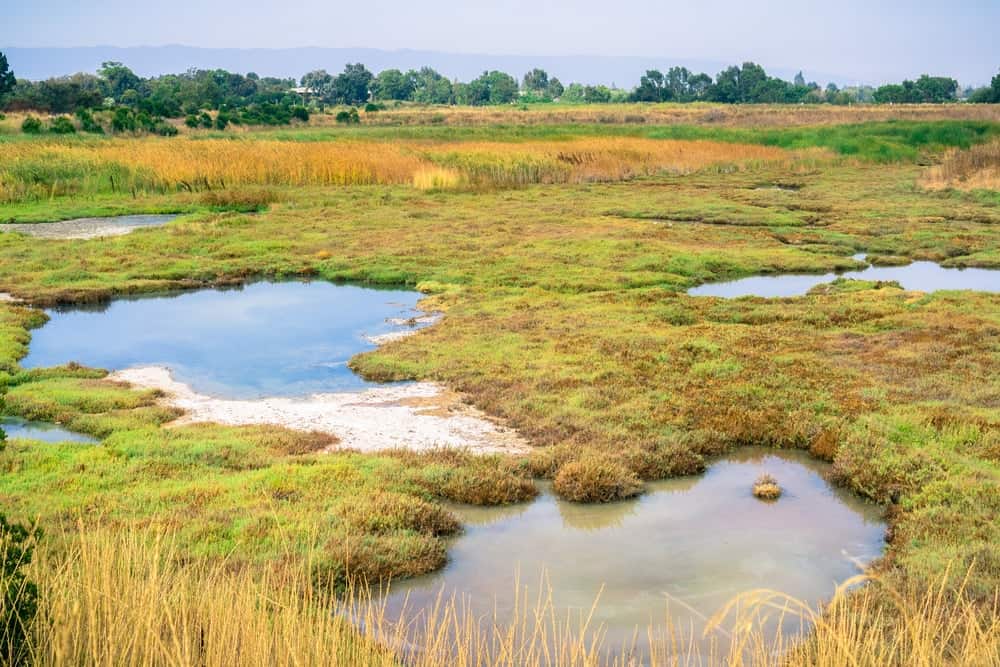 Another rather particular carnivorous plant, the Cobra Lily is only found in certain areas of California and Oregon. It exists in bogs and seeps that have two things: highly nutrient-rich soil (which is rather rare for carnivorous plants) and cold running water. 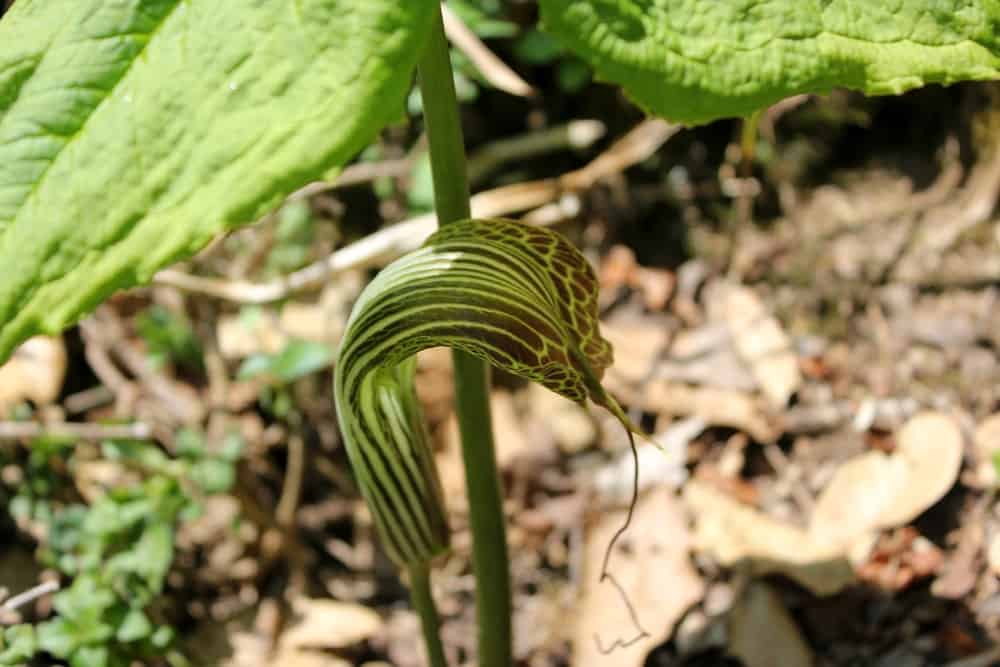 It’s the exact same function as the Attenborough Pitcher Plant. Enticing colors and sweet-smelling nectar attract insects and animals to the plant. They slip inside the bladder and are slowly digested by the digestive enzymes in the nectar. 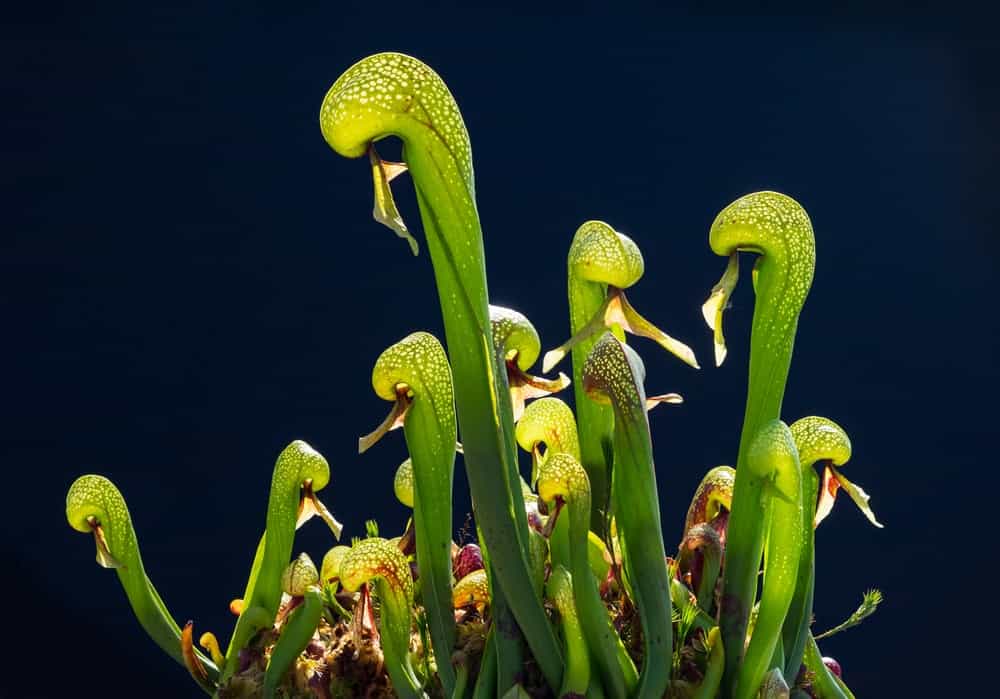 The Cobra Lily is also large enough to ingest small mammals. Rats, mice, lizards, and insects are all part of its diet.

All carnivorous plants require very precise environments and it would be difficult and unfair to try and grow one indoors. That being said, the Sundew carnivorous plant exists almost anywhere and can live inside as long as it’s constantly misted.

No, they are not. The liquid inside their bladder is essentially stomach acid. They are lethal to creatures small enough to be digested by them.

They most certainly are. All pitcher plants are within the top 10 most endangered plants list.

Why do pitcher plants eat insects?

This was a way that plants adapted to nutrient low environments. They figured out a way to access all of the other food that other creatures had access to.