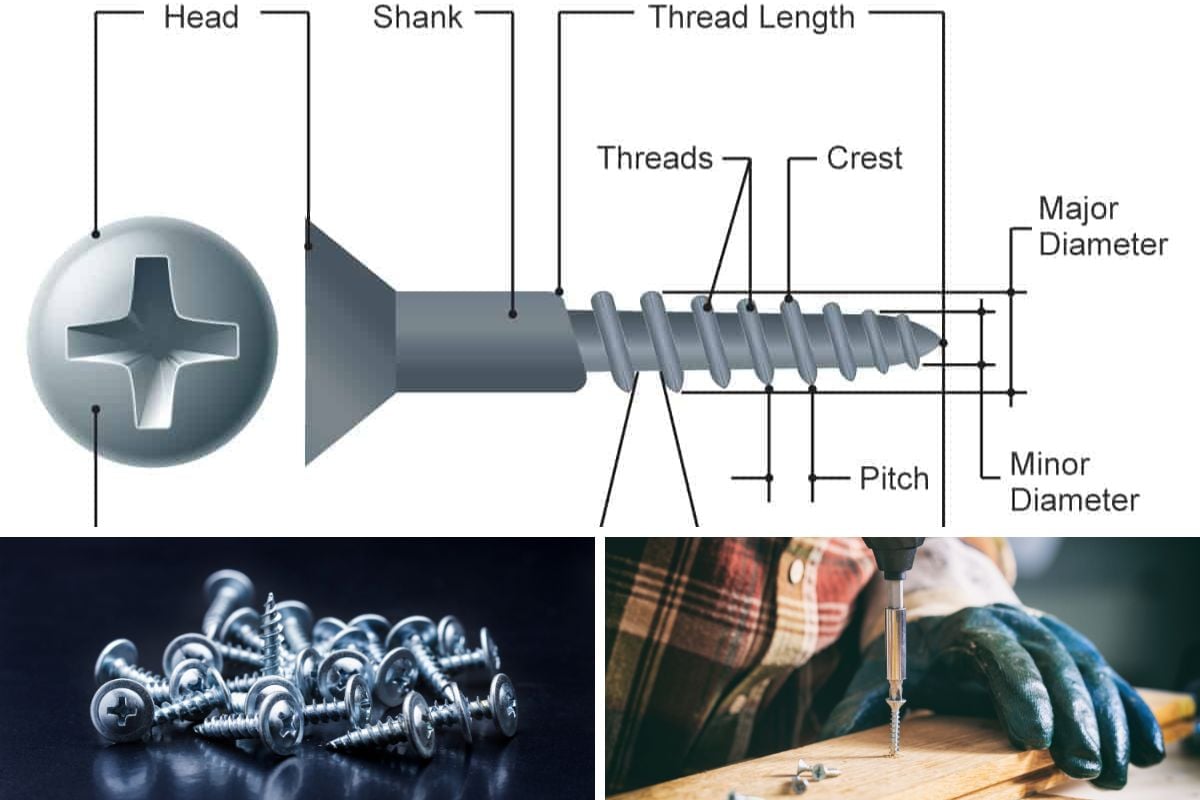 Not only are there many types of screws and screwheads, there’s an intricate number of different parts of a screw.

Check out our custom diagram above which clearly indicates each part.

Who knew there was so much involved in designing and making a screw.

Here are brief descriptions of each part. 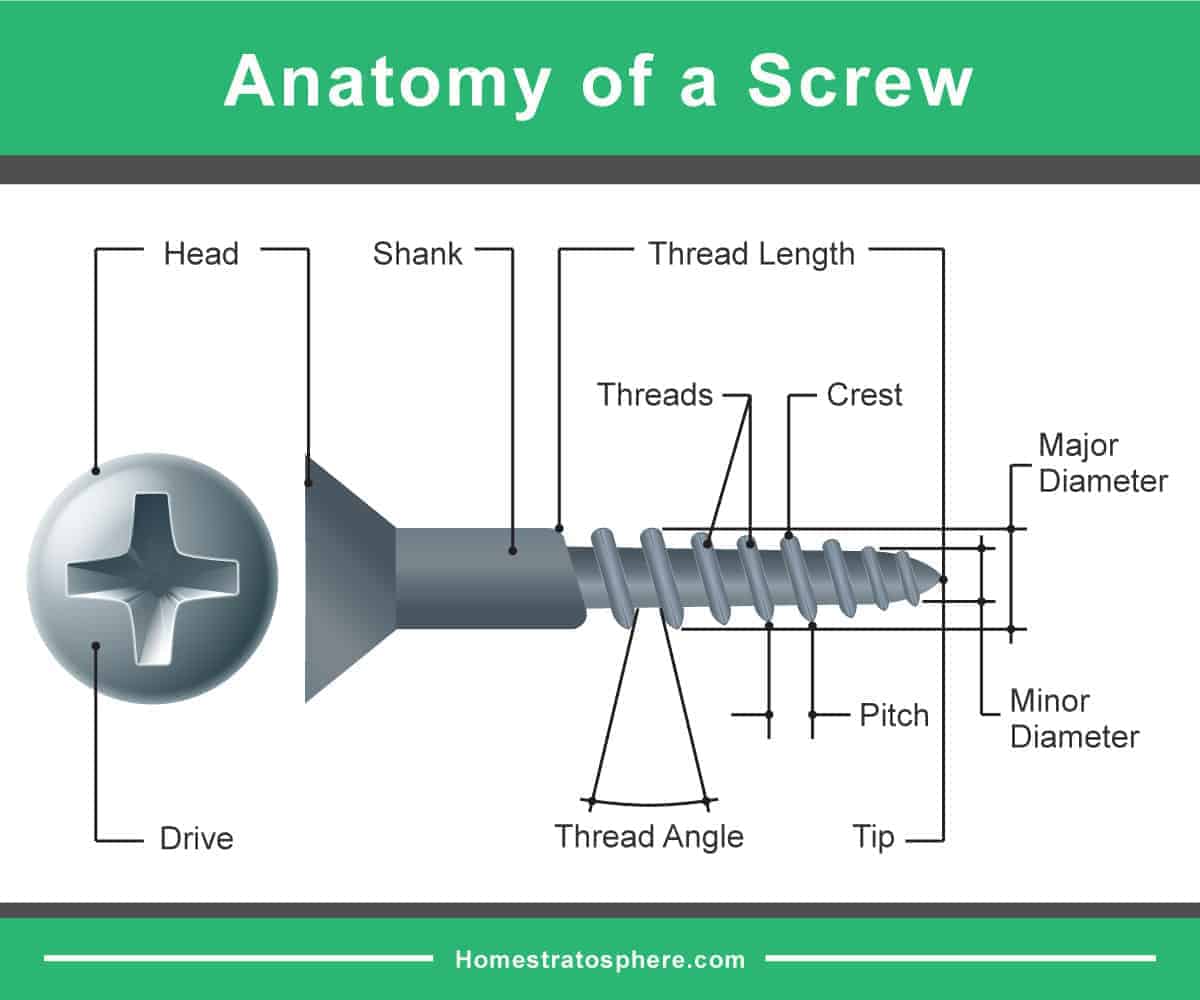 Head:  The head is the top of the screw. It’s typically wider than the shank and thread. Heads can be flat or domed. Some have a small diameter in relation to the shank and others are very wide.

Thread length:  The thread length is either full length or partial. Accordingly, there are full thread and partial thread screws.

Point:  The point is obviously where the screw enters whatever material you’re putting the screw into. If no point (i.e. flat tip), it’s a bolt which requires a pre-made hole.

The thread:  Amazingly, the thread has many components and varies among screws. There’s the thread angle which is how steeply it angles down.

There’s also distance in between threads that make a difference. This is the pitch. Some screws have thread that are small and close together. Other screws have larger threads spaced further apart (i.e. drywall anchors).

Crest:  Crest is the tip and valley of the thread.