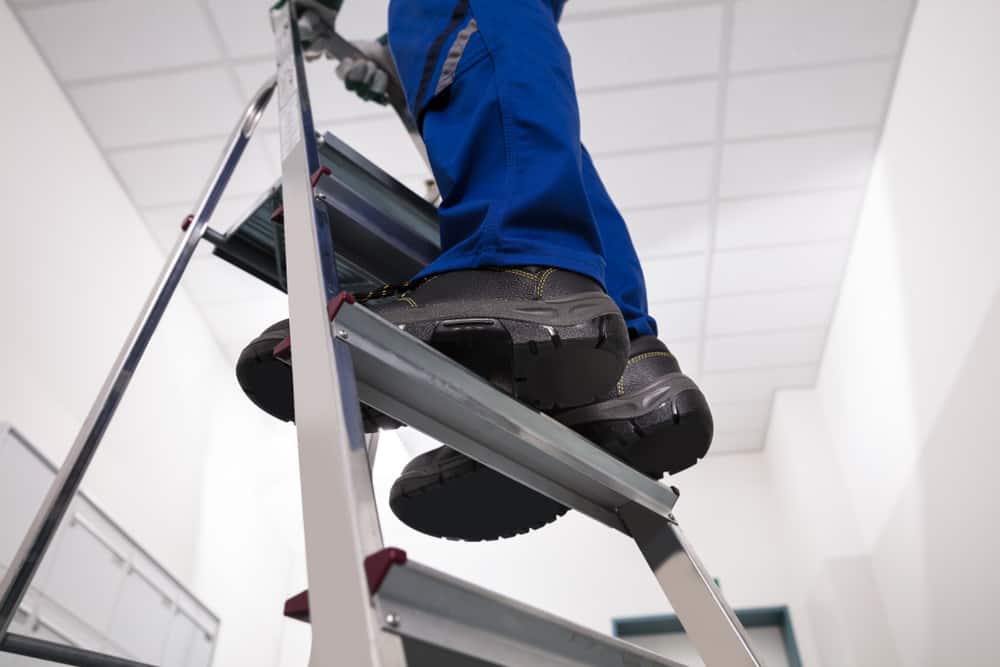 When I learned that readers wanted to know about the parts of a Indalex Ladder, I was a bit confused as to why someone would want to know this.

Then it dawned on me that DIY ladders are a very popular DIY project. Any time you want to build something, it helps tremendously to understand its various parts.

So I met with my graphic design team to put together attractive diagrams showing the parts of a step ladder and extension ladder.

Here they are followed by brief descriptions of each. If you’re interested in buying a ladder, check out our epic ladder buying guide here.

Parts of a Step Ladder (Diagram)

Most households own a step ladder. We have a small one primarily used indoors such as changing lightbulbs, putting the star on the Christmas tree and any other job that requires accessing higher places.

We also have a taller one used primarily outside. When it comes to useful tools, ladders rank among the top along with hammers, screwdrivers, pliers and wrenches for around the house simple repairs.

However, the step ladder has evolved from tool to home decor piece. People now turn old step ladders into shelving units for inside the house. Not because they store a lot of items, but because they look cool in certain types of decor. They’re a fairly easy project requiring some sanding and painting… voila, you have a nice looking decorative shelf. 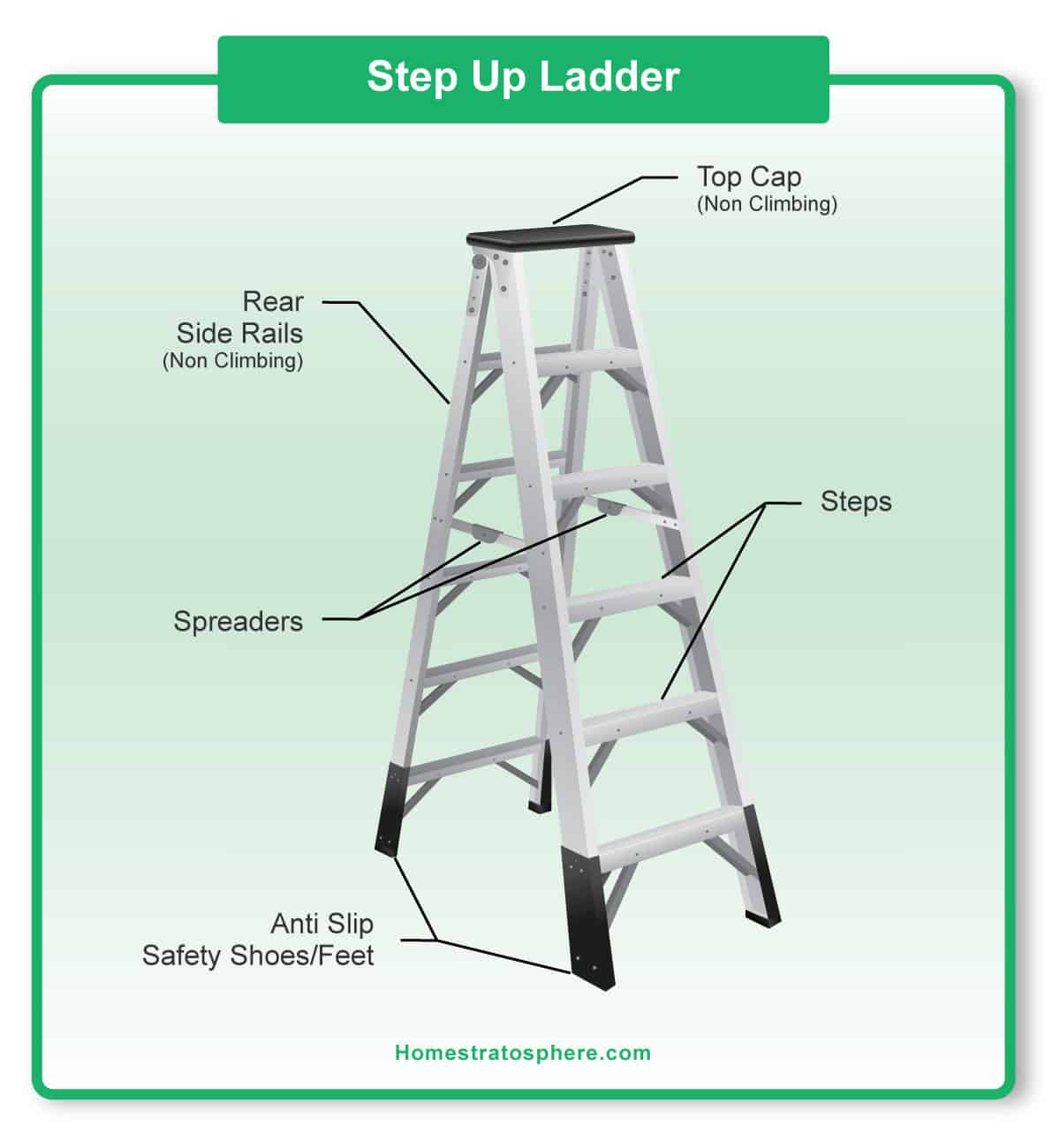 Cap:  The cap has evolved in usefulness. While it helps secure the center, they now come with a tray design so you can place tools, nails, screws and other items securely at the top of the ladder.

Steps:  Nothing special here, although some come with non-slip steps. Also, some step ladders toward the pinnacle have steps that extend to the rear side rail for a longer tray.

Spreaders:  The spreaders keeps the rails from splitting apart but they also lock into position when rails extended to keep the ladder from collapsing inward.

Rear side rail:  This is the other leg so-to-speak that makes it possible for the ladder to stand upright without having to lean against something.

Shoes:  You definitely want ladders shoes that are anti-slip.

Diagram Showing the Parts of an Extension Ladder

My next ladder purchase is an extension ladder. It’s a must-have tool for outdoor upper work such as cleaning gutters, putting up Christmas lights, getting on the roof, etc.

The extension ladder has different parts than a step ladder (as you can see below). 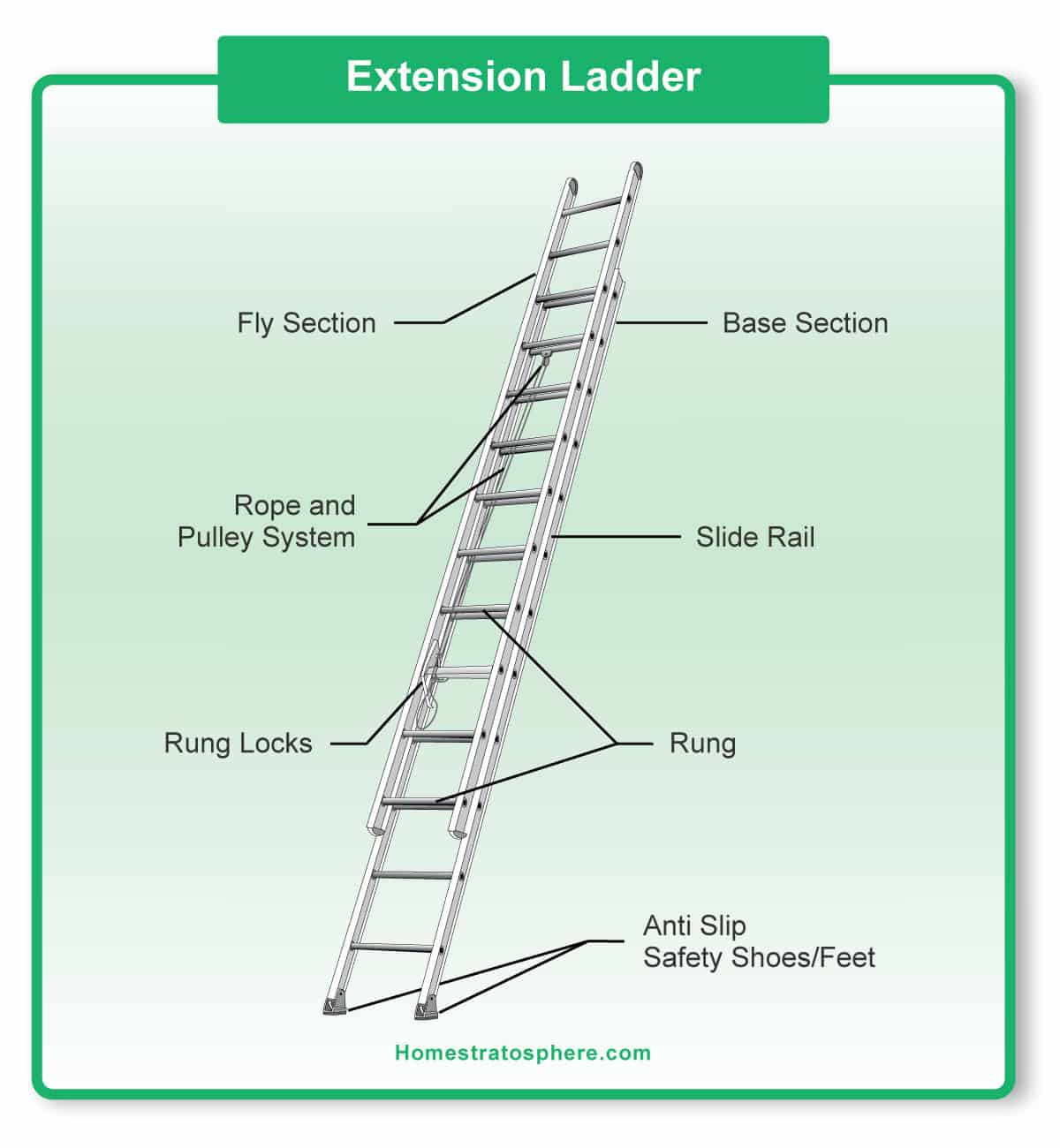 Rungs: You climb an extension ladder stepping on rungs instead of steps. They serve the same function, but rungs on a step ladder are half as deep so that the fly section can slide up and down.

Base Section:  The base section is static; it doesn’t go up and down. It interlocks with the fly section so that the two sections operate on a rail-type system.

Fly Section:  The fly section is the part of the ladder that slides up and down which almost doubles the height of the ladder (which makes it so useful).