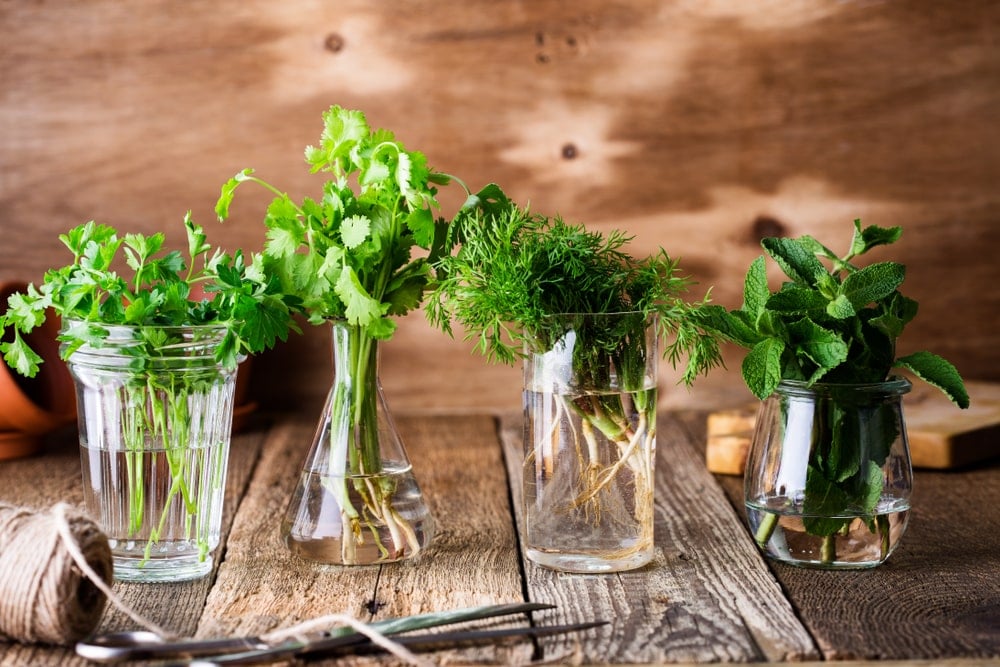 Parsley or garden parsley’s technical name is Petroselinum crispum and it is native to the central and eastern parts of the Mediterranean region. It is considered a vegetable and a herb. It is a biennial and is a very popular herb or garnishment in an array of different types of foods, including in American, Middle Eastern, and European cuisine.

There are two types of parsley, including curly leaf and flat parsley. Curly leaf parsley is the one that is used most often as a garnishment while flat parsley is easier to grow and cultivate and many people believe it has a stronger flavor than leaf parsley.

Parsley is used as a garnishment for many types of dishes and tastes great in soups, stews, and casseroles. It was first used in the third century BC and was brought to England in 1548 from Sardinia. You can purchase parsley that fresh or dried. It is rich in vitamins and minerals yet very low in calories.

Parsley is a very versatile herb that is fresh and mild. It adds a herbaceous flavor to many dishes and its bright green leaves are many times used as a garnish for a variety of different dishes. It is a wonderful herb to use in your cooking or as a garnish.

One of the first dishes I learned to make at age 18 when I was first married was parsley potatoes. My mother-in-law at the time taught me how to make them, and they were so simple to whip up, yet it looked like I spent hours in the kitchen creating them. You simply peel potatoes, wash them, cut them into quarters, then boil them until they are soft and ready to eat.

You put them in a bowl, smother them in butter, then shake parsley flakes onto them, along with salt and pepper. They look beautiful and people will think you cooked all day when it really took about 30 minutes. Parsley also jazzes up any plate of food when you use it as a garnish but what happens when a recipe calls for parsley, or you needed as a garnish, but you do not have any on hand and there is no time to run to the grocery store?

While celery leaves, the greens of whole carrots, and cilantro can be swapped out with parsley for use as a garnishment, you will need other herbs to use in place of parsley while cooking. Chives and chervil are just two of the many herbs that can be used as a parsley substitute.

We have created a list of parsley substitutes for dried or fresh parsley that you can use in a pinch for your convenience.

Related: How to Store Parsley in Fun & Creative Ways | Parsley vs. Cilantro

Table of Contents Show
Chervil
Tarragon
Oregano
Chives
Arugula
Endive
Fresh Coriander
Cilantro
Basil
Bay Leaf
Marjoram
Celery leaves
Carrot greens
FAQs About Parsley
Is there a substitute for dried parsley?
Can I substitute thyme for parsley?
Can I use mixed herbs instead of parsley?
How much dried parsley equals fresh parsley?
What does parsley taste like?
What is the difference between parsley and celery?
What can I use parsley for?
What is Italian parsley? 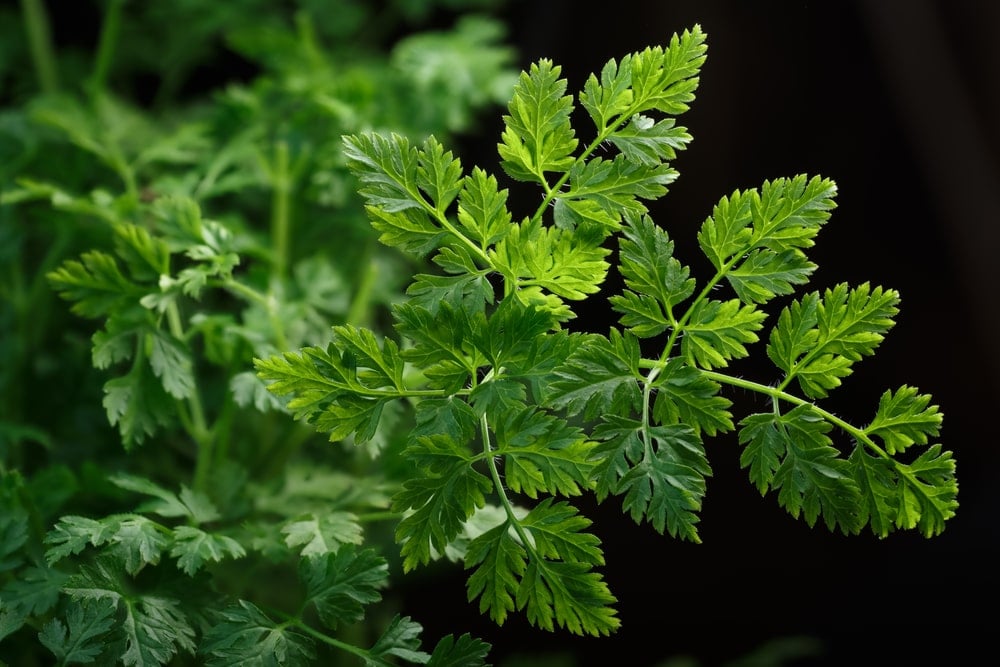 Chervil is very closely related to parsley. It has a milder flavor to it which makes it a great substitute for either dried or fresh parsley. It’s commonly used in French cuisine and is high in iron which is good for increasing healthy red blood cells in your body and also for preventing fatigue. Chervil looks almost identical to parsley but you will have to use a little more of it in cooking since it has a milder flavor. 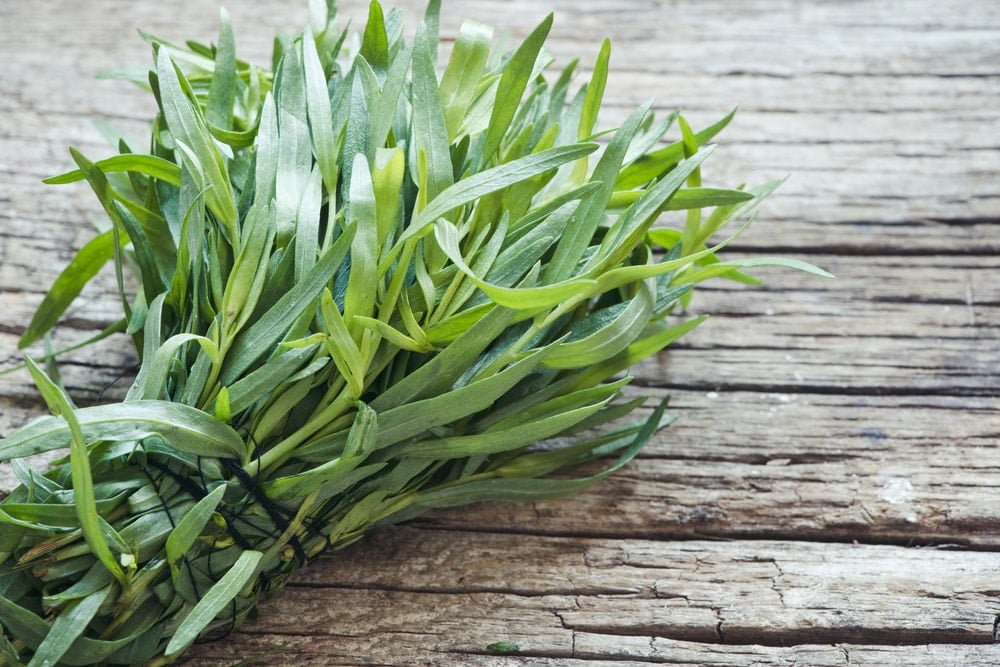 Tarragon is an herb that is used a lot in French cooking, and it is used many times along with chives, chervil, and parsley to create a French blend of herbs. It can help improve your blood sugar control if you have high sugar levels in your body and although it tastes a little different from parsley, it can still be used as a substitute in cooking and as a garnishment. 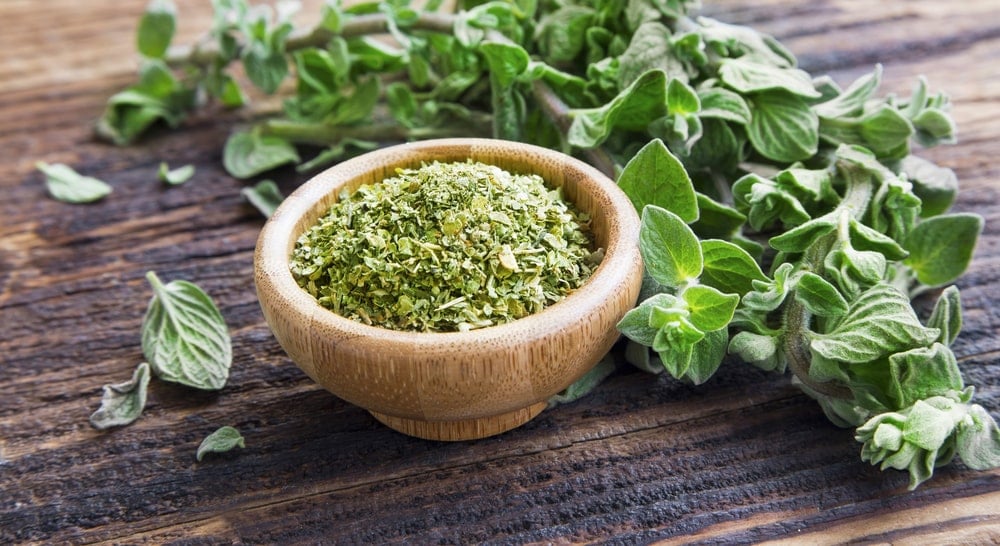 Oregano part of the mint family but it has a strong, delicious taste and is used a lot in Italian and Greek cuisine. It can be used as a parsley substitute and used fresh or dry in cooking a variety of foods in place of parsley. Since it has a stronger flavor, you should use a little less of it in cooking. For instance, if a recipe calls for a tablespoon of parsley, you may want to only use a teaspoon of oregano. 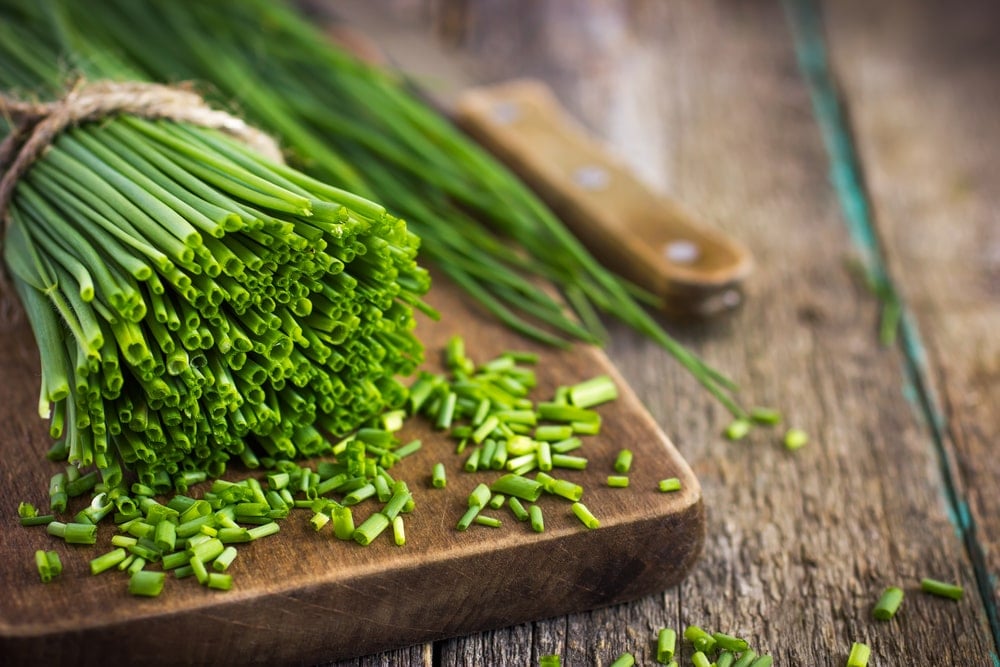 Chives taste very similar to a mix of onions and garlic and look a lot like small green onion sprigs. Chives are bright green in color and will add delicious flavor to the dish you are cooking. Fresh or dried chives can be used as a parsley substitute in a variety of dishes and will promote healthy cell growth in the body since chives are rich in beta carotene. 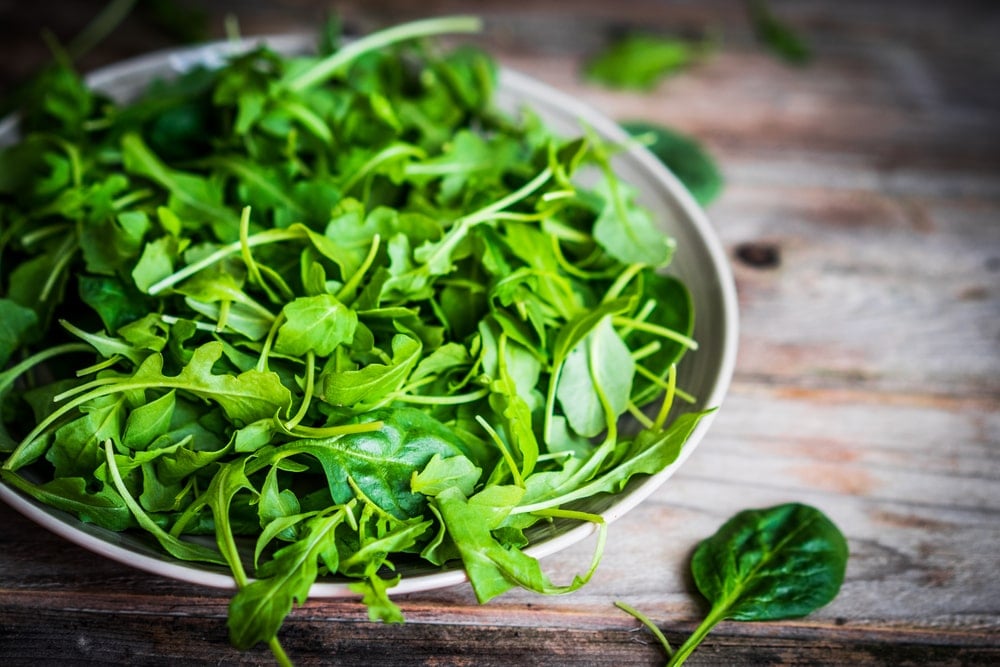 Arugula is actually a salad green instead of an herb but because it boasts a peppery flavor, it makes a great parsley replacement and can also be used as an edible garnish. It is rich in calcium so will promote strong bones and teeth. 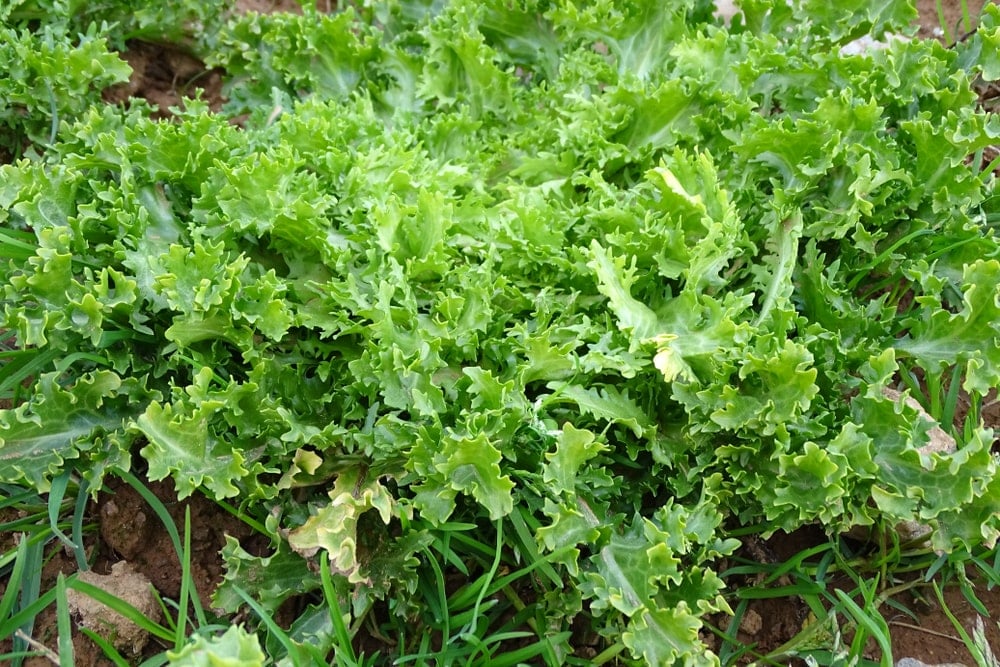 Endive is also salad green that can be used as a substitute for parsley and curly leaf endive looks almost exactly like curly leaf parsley. Much like arugula, it has a more bitter, peppery flavor and can be used as an edible garnish or in place of parsley when cooking. 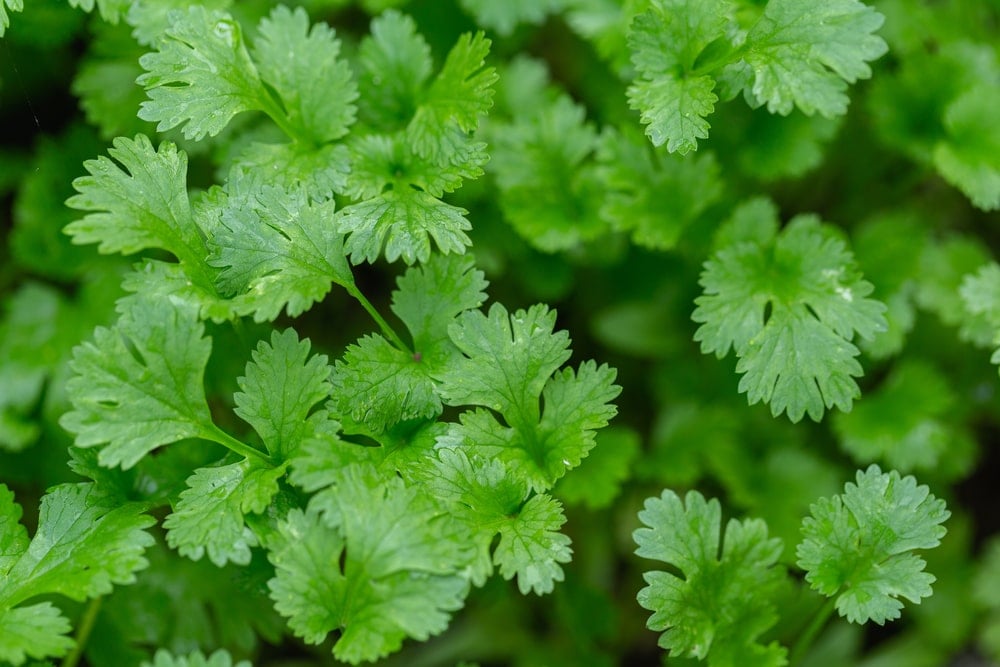 Coriander is native to the Middle Eastern countries as well as Europe and its fresh leaves and stalks are edible. It is very similar to cilantro and be used easily as a substitute for parsley. 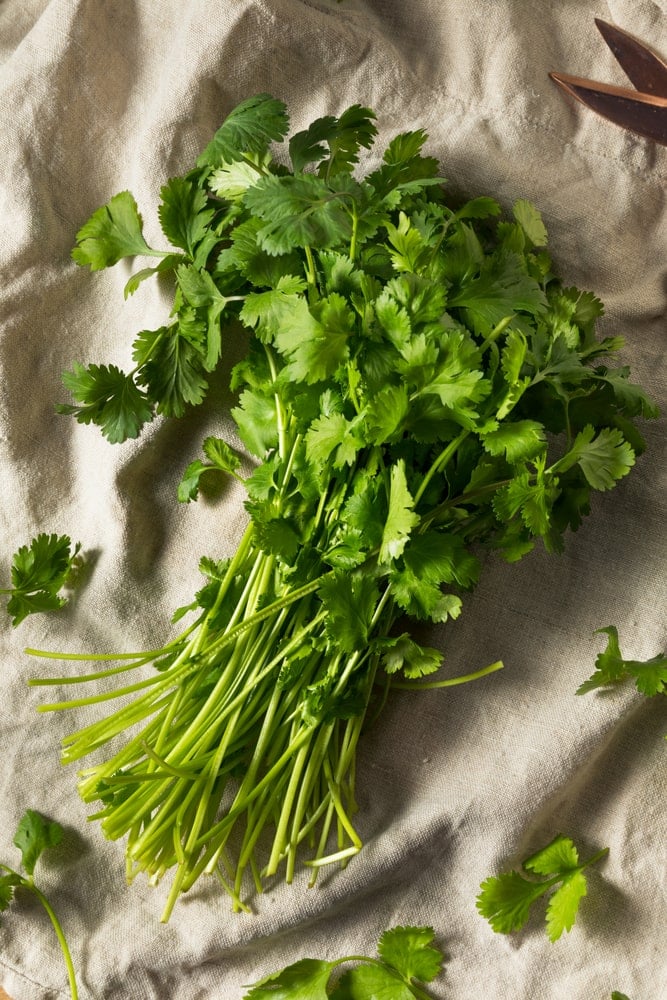 Cilantro is a very strong-flavored herb that closely resembles flat leaf parsley. It is often used in Thai food and Mexican cuisine and is low in calories like parsley. Since it has a strong flavor you will have to be cautious as to what dishes you use it in as a replacement for parsley. It is better used in place of parsley as a garnish.

Learn how to store cilantro here. 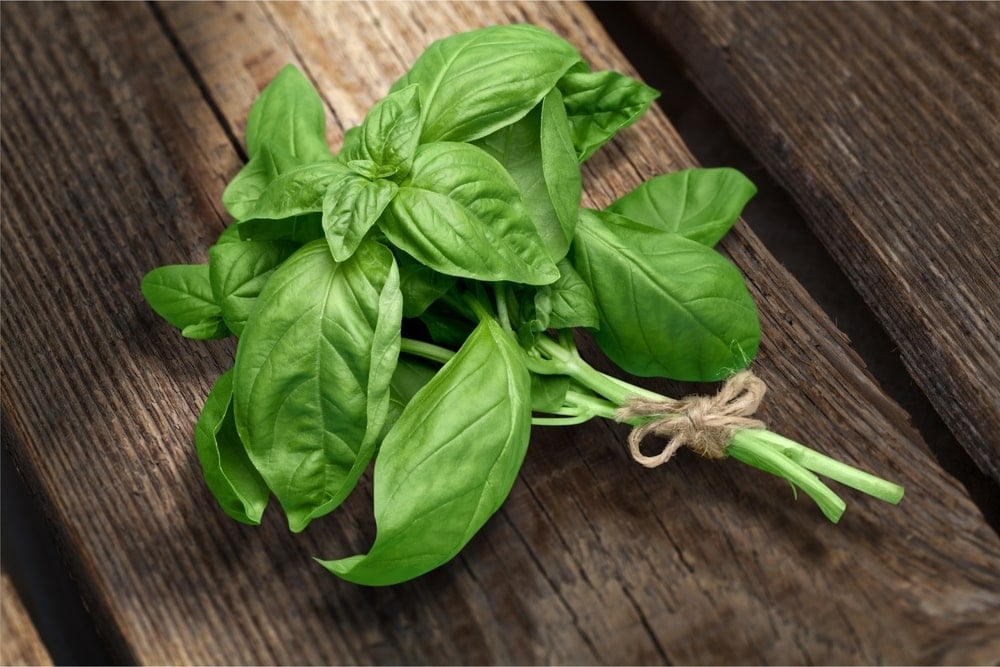 Basil also has a strong flavor and sports bright green leaves. It is used often in Italian dishes and is rich in vitamin K which helps with blood clotting. It is best used as a garnish to replace parsley since it does have a stronger flavor to it. 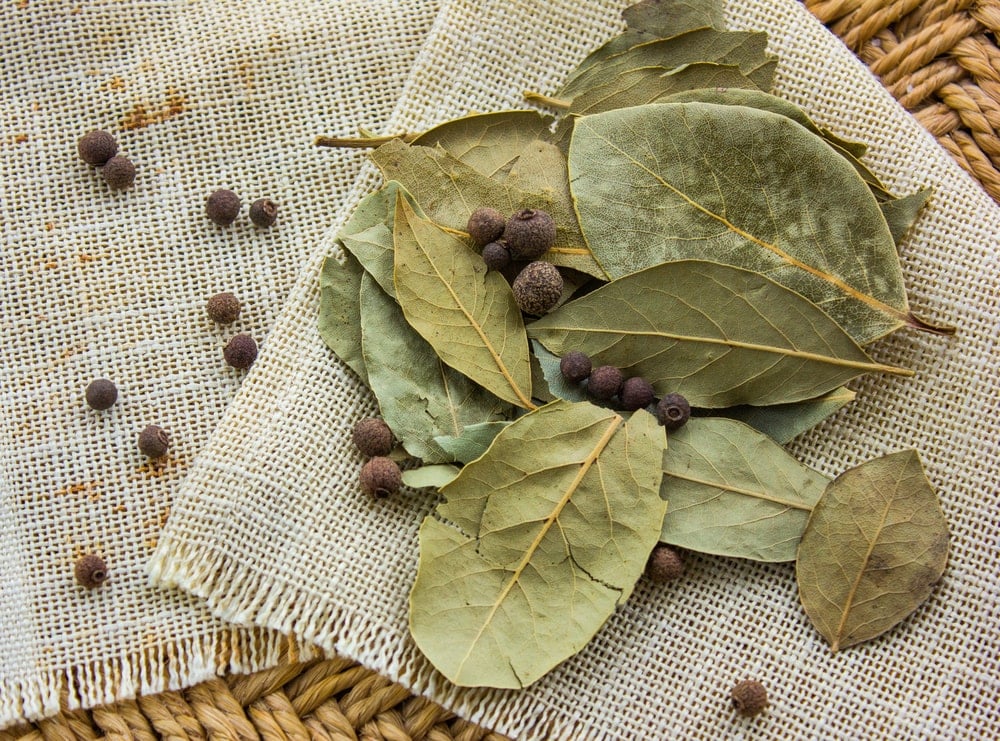 Fresh or dried bay leaves are used in cooking for their distinctive flavor and aroma. A bay leaf should be removed, though, from the dishes you use it in during the cooking process because unlike parsley, you should not eat it. 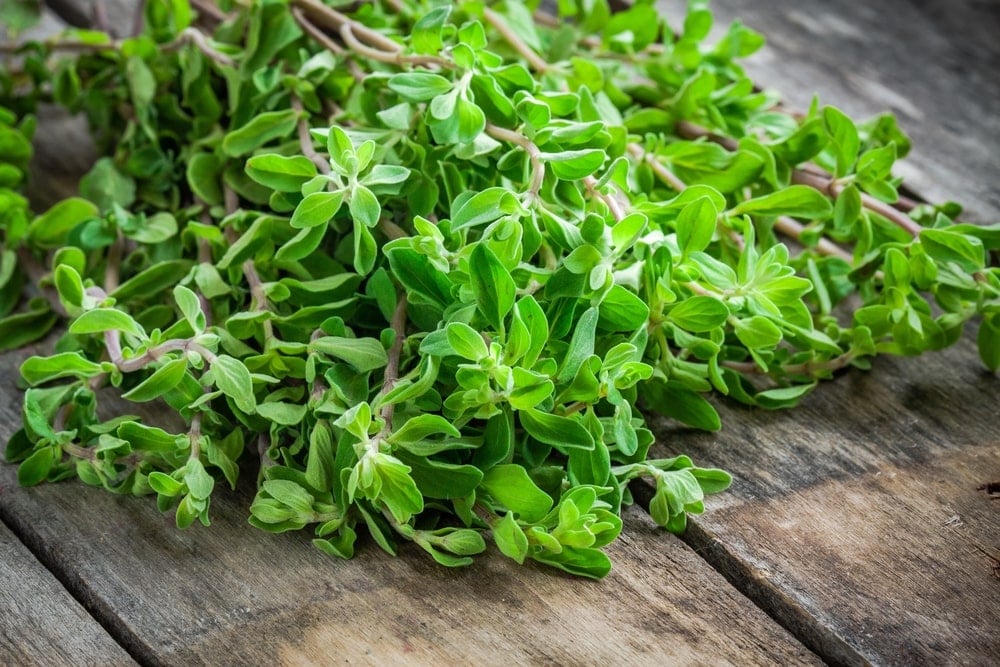 Marjoram is sometimes confused with oregano since the two are very similar. It can be used as a replacement for parsley but use less of it while cooking due to its stronger flavor. 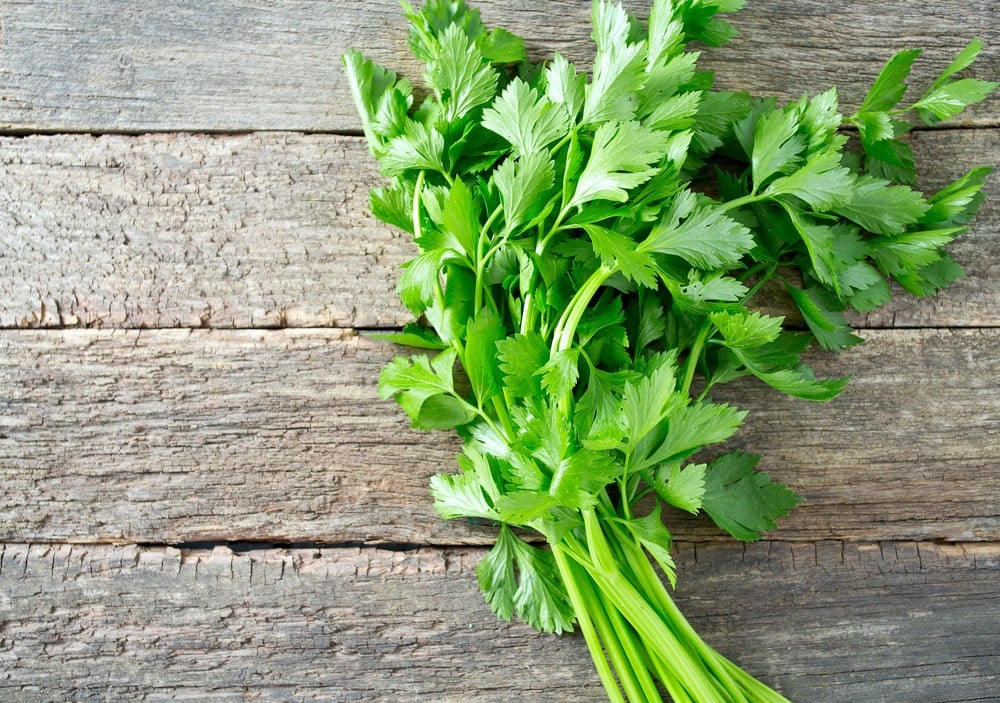 Celery leaves look a lot like flat leaf parsley so they make a great garnish. Their flavor is very subtle, though, so they do not work as well as a parsley substitute in cooking. 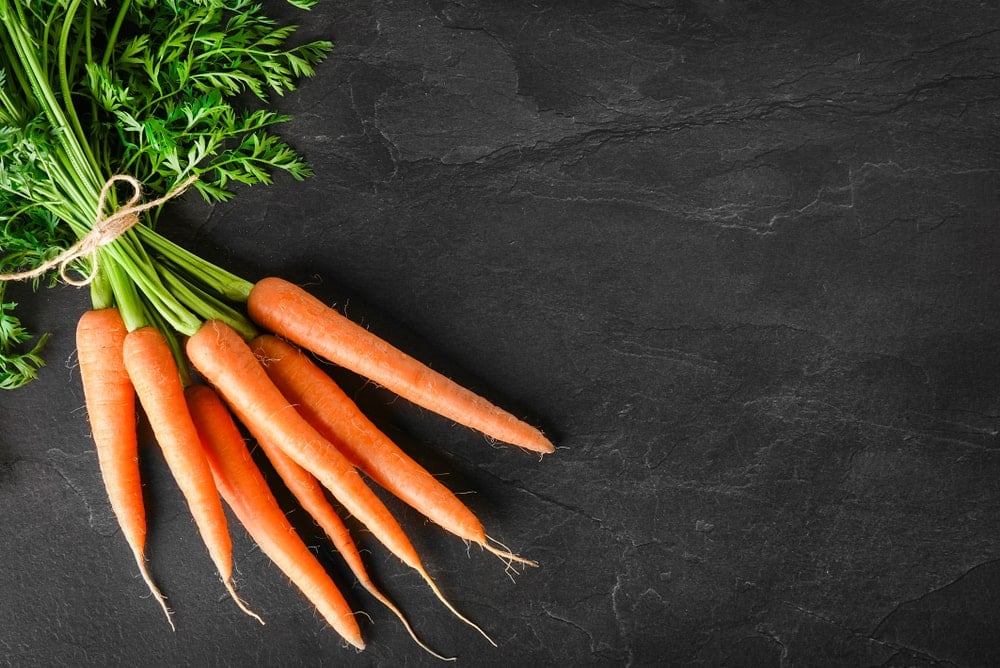 Carrot greens can be used as a garnish in place of parsley. They are safe to eat, too, and are packed with vitamin C which is great for your immune system. They taste a little bitter, though, and should not be used to replace fresh or dried parsley when cooking.

Is there a substitute for dried parsley?

If you need a substitute for dried parsley, the best one is fresh parsley. And when it comes to fresh parsley, flat leaf or Italian parsley is best. You can also use fresh or dried cilantro or coriander also.

Can I substitute thyme for parsley?

When it comes to garnishments, you can definitely swap out the thyme for parsley. Parsley does have a milder flavor, but it should not have an adverse effect on the flavor of the dish you are cooking, but parsley may give your food a greenish tint that thyme will not.

Can I use mixed herbs instead of parsley?

Instead of parsley, you can use an array of herbs, such as cilantro, chervil, or celery. You can mix these three herbs together to replace parsley but use very little of the celery since it has a more bitter and subtle taste than parsley does. You should get a very balanced, blended flavor for the dish you are cooking.

Parsley boasts a clean and peppery taste with a little bit of an earthy flavor which makes it a great choice for a variety of dishes. A very aromatic oil runs through each of the parsley leaves which is how it gets its delicious flavor.

What is the difference between parsley and celery?

Typically, parsley is used as an herb and a vegetable but is most often considered an herb while celery is only considered to be a vegetable.

What can I use parsley for?

Parsley is used in a variety of dishes, from Middle Eastern cuisine to Italian, American, and European cuisine. It is even used in salads in the Middle East and can be mixed with basil to make pesto. Many people add parsley to sauces, soups, stews, fish cakes, meatballs, salads, marinades, and even burgers and salsa. You can even blend it into a fresh herb sauce to go with walnuts and watercress. Parsley is also used as a garnish for hundreds of dishes.

What is Italian parsley?

Italian parsley, also known as a flat-leafed parsley, is considered to be a garden herb that is utilized to add flavor to sauces and other dishes. It has a stronger flavor than curly leafed parsley and is also sometimes used as a garnish. Italian parsley is the most popular choice for cooking while curly leaf parsley is used more often as a decoration or garnishment of a variety of dishes.