They all seemed like a terrific idea at the time, but turned out to be bad buys. I'm talking about a fleet of small kitchen appliances we bought but never ended up using and so they sit in the bowels of the cupboards or taken to the appliance graveyard which is some closet in the laundry room or shelf in the garage. 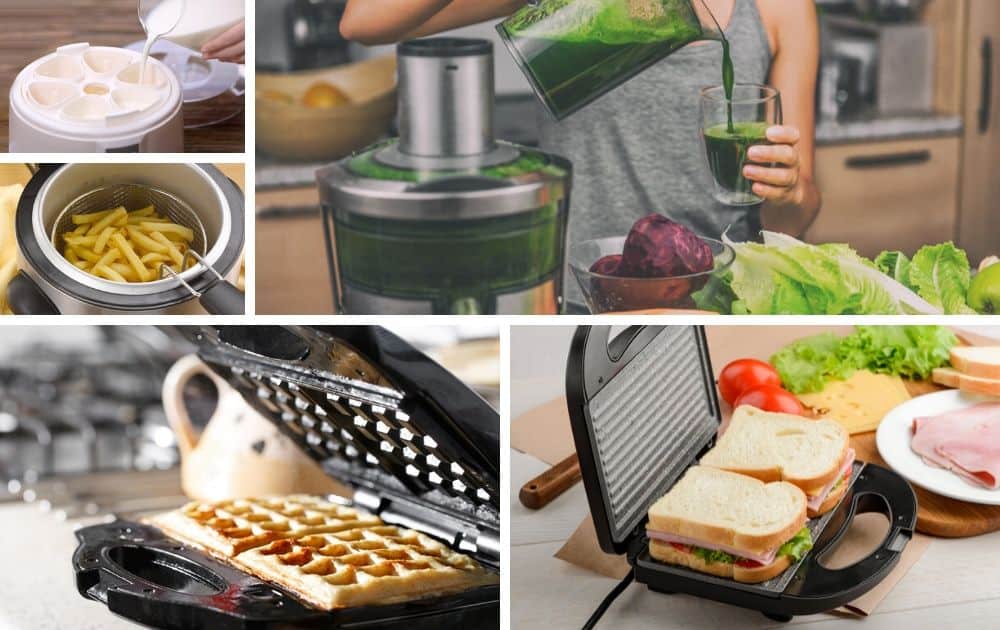 It’s 1 am, I’m flipping through the channels when I get a glimpse of some new-fangled appliance being presented. I stop, watch, get hooked.

This thing does it all. It’s magical. Revolutionary. After 20 minutes I pick up the phone and order it.

It arrives 2 weeks later. I had forgotten about it, but get excited remembering just how awesome this thing was on TV.

I open it up, set it up, display it proudly on the counter. I give it a spin. It works okay. I never use it again.

Same thing in stores that sell this stuff. I’m like a kid in the candy store whenever I end up at some store like Costco in the kitchen appliance aisles.

It’s worse if I’m hungry because I start imagining all the great food and beverages I’ll make.

The sad truth is I buy it and never use it. Never. It costs money and takes up sorely needed space.

Getting rid of them is no easy task either. Nobody wants to buy an “almost new” waffle iron or blender. In my neck of the woods I can’t dump it in the garbage (which is a good thing BTW). I have to haul it to a recycling center or call 1-800-Junk which costs more than the appliance in the first place.

This is my appliance buying process. It’s happened many times in the past and will happen again.

Looking back on these fiascos, there were 5 particularly bad appliance purchases. Here they are. Maybe you relate. Maybe you don’t.

5 appliances I never should have bought 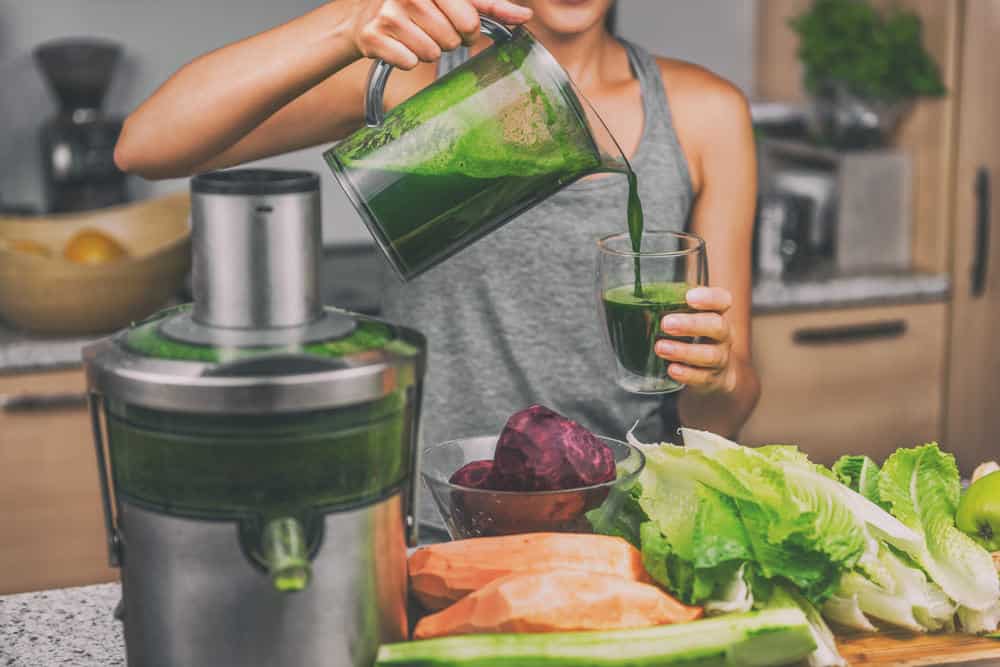 Actually my $200 juicer purchase wasn’t totally useless. I made 3 batches. I even froze some of it. If I had bought that much juice at a health kiosk, it would have cost me at least $100.

I had a juicing factory going on. I spent umpteen amounts on fruits and vegetables. I mixed and matched. I was gonna get healthy and do so guzzling delicious juice.

Three weeks later I never turned it on again.

I’m kicking this list of overrated kitchen appliances with the juicer because I know I”m not the only one who got sucked into the “get health with a juicer” program.

The juicer is the treadmill of small kitchen appliances. Everyone has one but nobody uses it. 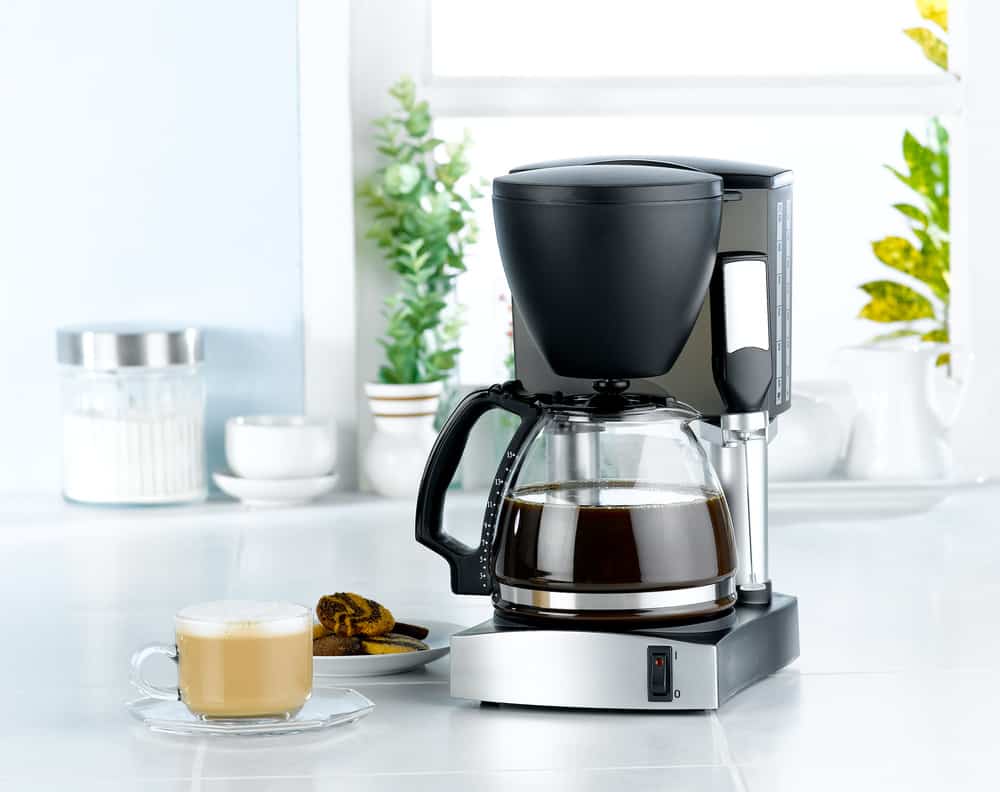 Yeah, this is an odd one to include, but read on. There is a reason.

Actually drip coffee makers are great, but not if you also have a Keurig or similar. We bought a single-serve coffee maker because my wife and I have one cup in the morning before heading out to tackle our respective days. We really have no need for a full pot, let alone the time to wait for it to brew (I wake up at different times so setting it on a timer won’t work).

My wife had a brainstorm. Why don’t you take it to your office? It was a great idea. I do drink a few cups of coffee in my office and I’d save a bundle on buying coffee at the coffee shop in my building.

With coffee pot in arm, I took it to my office. My wife, who knows me well, sent a small serving tray along knowing I’d make a mess. She even scrounged up some bags of ground coffee.

That was 3 years ago.

I can’t break my coffee shop coffee-buying habit. I just can’t. I love the convenience. I love the free cream. Yeah, I don’t want to have to buy cream and keep track of it in the shared office kitchen fridge.

Chalk it up to another lousy appliance buy. At least this one was less than $50.

On the flip side, overall it’s a great appliance for anyone who drinks a decent amount of coffee at home. 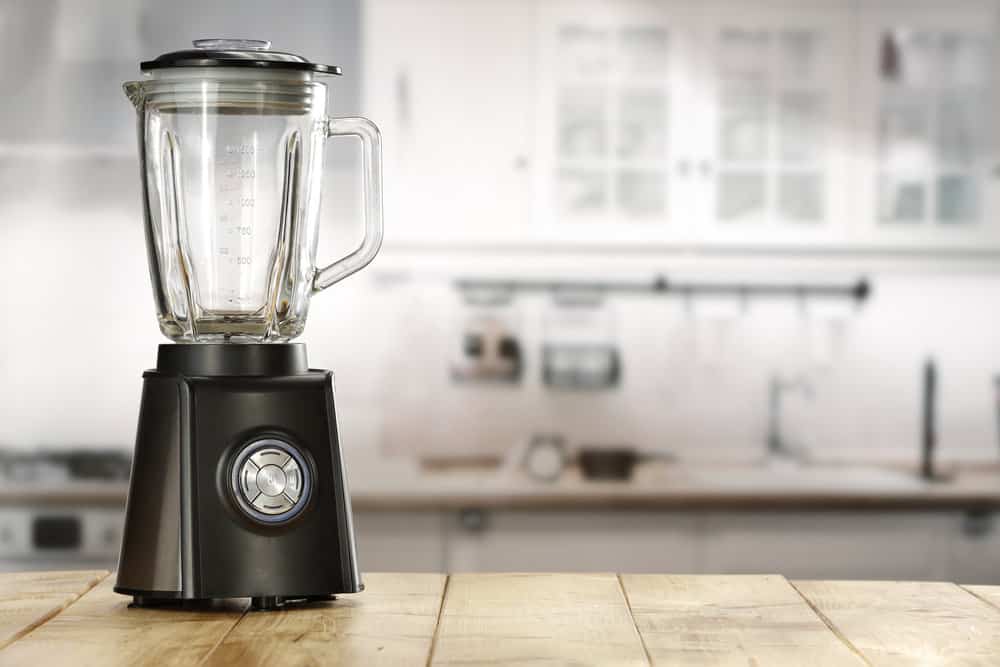 Before we got our Vitamix, I would have laughed at anyone who suggested spending $600 on a blender. Until then I got by with the sub-$50 specials for my smoothies.

However, my wife read up on the Vitamix and how it can make soups and pretty much any blended concoction invented. I was quickly convinced. We bought a Vitamix.

No, I’m not going where you think I’m going.

Ironically, I don’t regret the Vitamix purchase. We use it often. It truly is a work of art as a kitchen appliance.

Where I”m going is I regret all those cheap blenders I’ve bought over the years. I should have bought a Vitamix long ago. 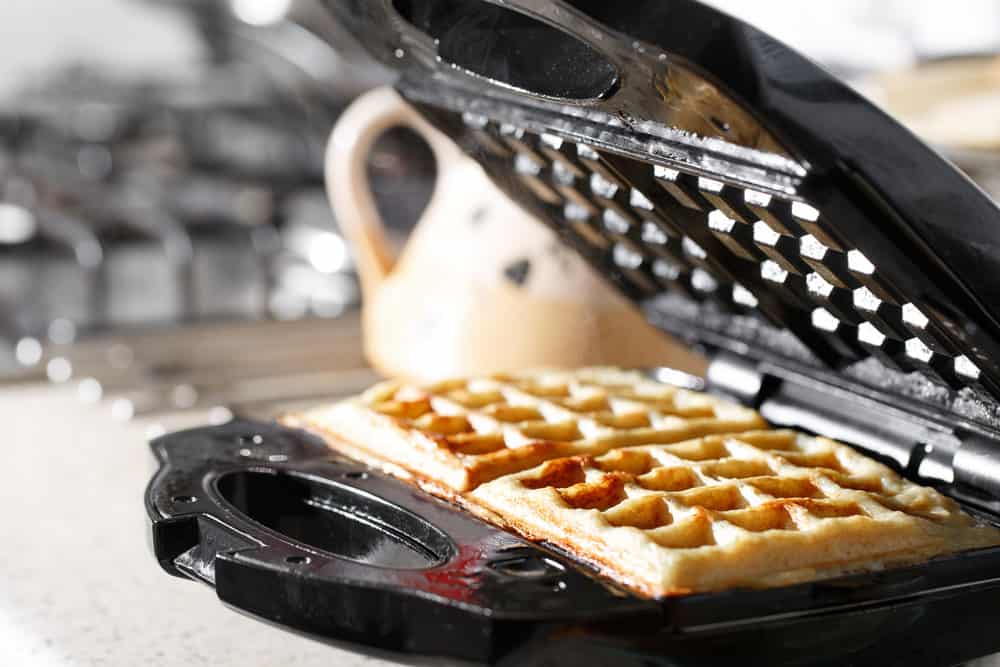 My kids won’t like this, but they won’t read it anyway.

We have a waffle iron. Sounds like such a great idea at the time. Weekend morning waffles for the family. What could be better?

Turns out good ole pancakes are better. Our kids love pancakes so that’s what we make. They’re easier and faster now that we have a stove-top griddle.

Saved the best for last.

The panini maker elevates the sandwich big time. In fact, panini heated sandwiches vs. cold sandwiches is night and day. Just ask my oldest son who just had his first grilled Subway sub last week. For years he declined it being toasted. Out of the blue he says “yeah, I’ll have it toasted.” He loved it.

Yet, just because it’s great at the deli or coffee shop doesn’t mean it’s a good buy for the home.

Come to think of it, I have no idea where our panini maker is.

Appliances I hope I never get sucked into buying 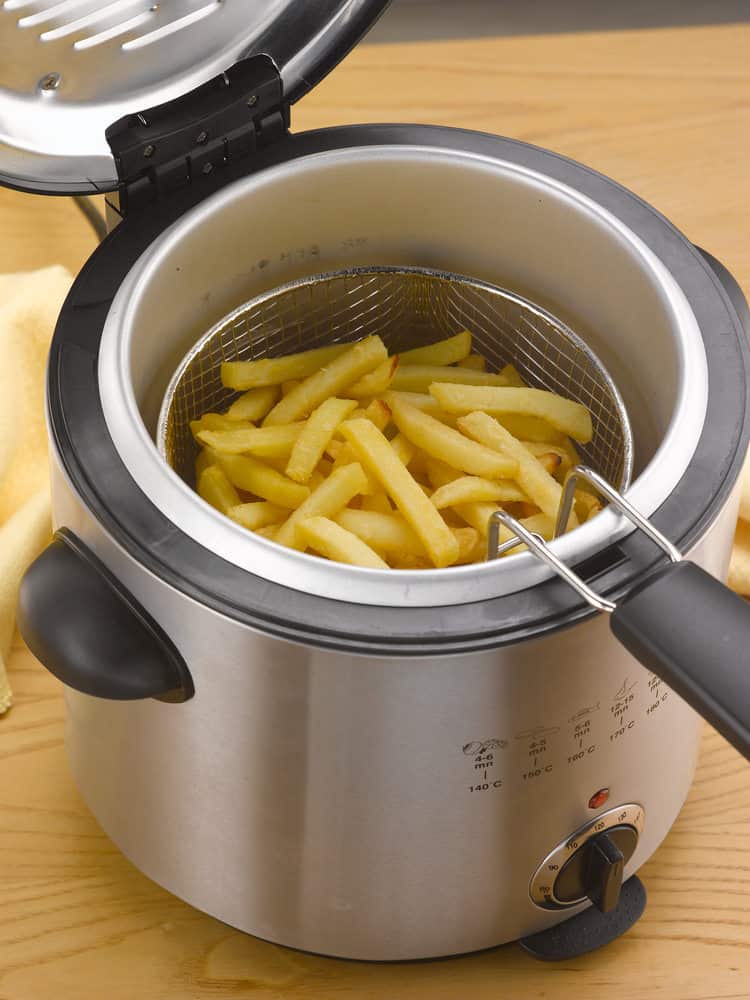 We’re gonna have homemade fries. If eating them out way too often isn’t enough, let’s get a fryer and make them at home too.

One of two things will happen.

First, you use it every day and pack on 50 pounds inside 6 months.

Or, you never use it.

Either way, unless you need it for specific dishes you make, most homes don’t need a deep fryer. 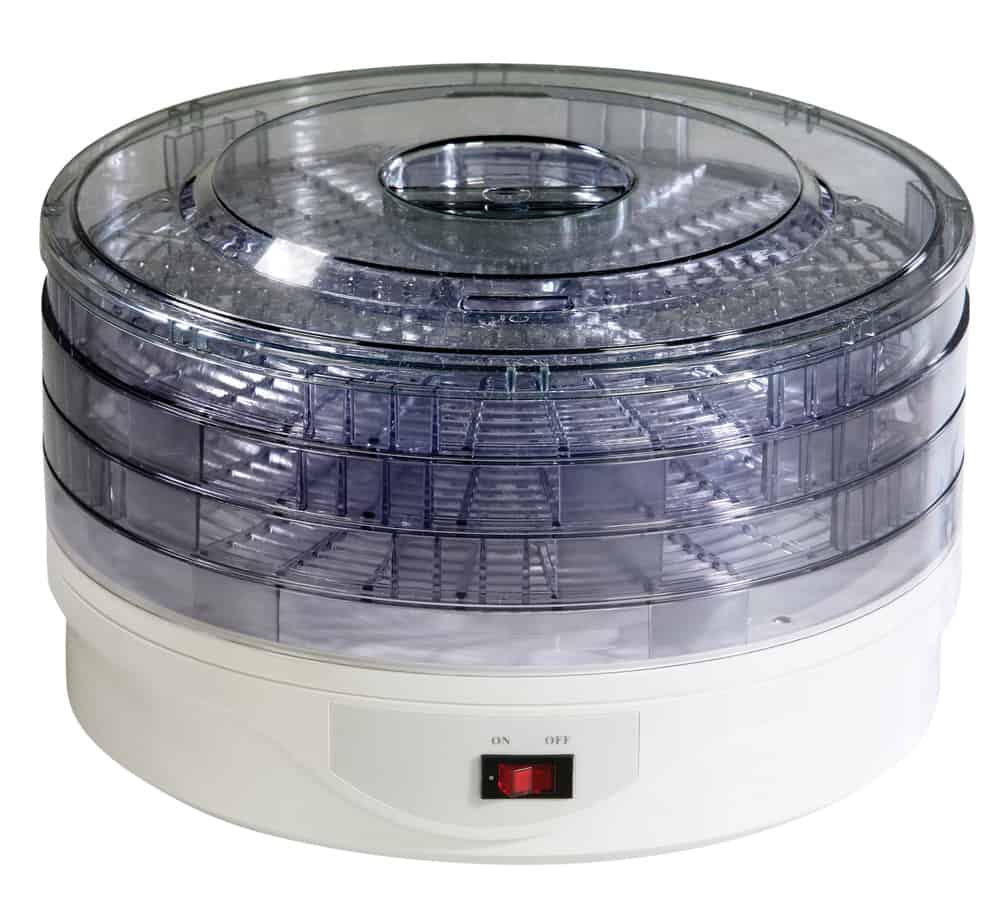 I’ve come mighty close to buying one of these. This is another infomercial darling. What could be better than making delicious healthy snacks at home?

I’ll tell you what.

Buying the stuff is better. It’s not all that expensive. Probably cheaper than drying it at home in small batches because fruit aint’ cheap.

The real problem is all that chopping.

Unless you simply cannot relax and always have to be doing something like making dried fruit, you can skip this appliance and instead buy it in the bulk aisle at the grocery store. 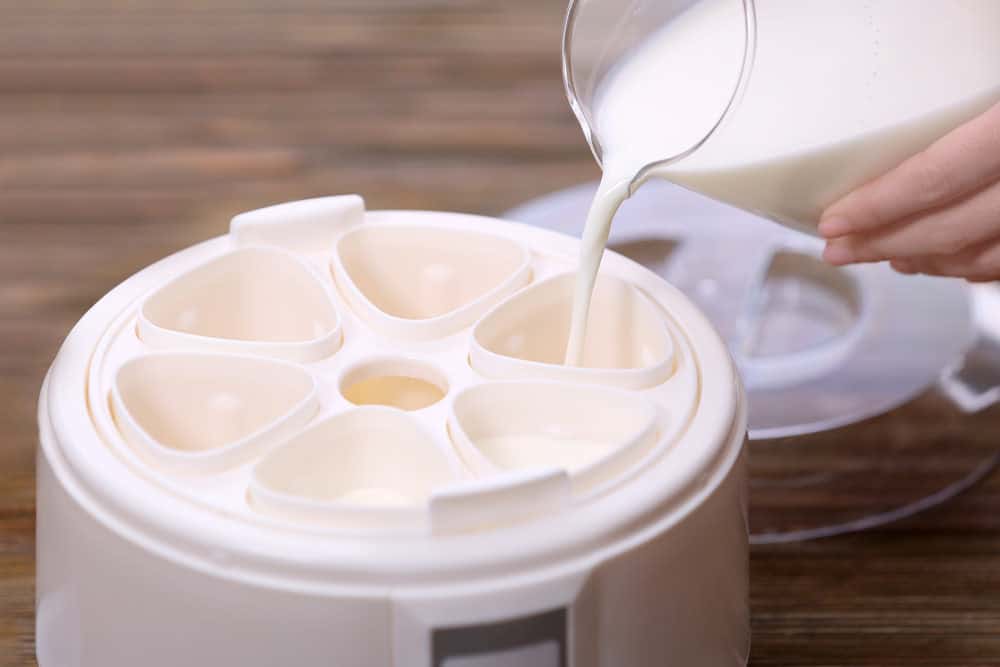 The yogurt maker is a novelty. It’s cool to say you made your own yogurt. I liken it to serving your homemade wine. I’m usually a bit sketched out when offered homemade yogurt. After all, you’re dealing with dairy products. If not done right, who knows what could happen.

That’s just the half of it.

The thing is yogurt is a trending food. Probiotics and gut health and all that. The result is many companies sell fabulous yogurt. Greek yogurt that’s thick and delicious (my fave). So many options. It’s the golden age of yogurt right now in grocery stores. No more 0% fat chemical tasting yogurt.

I include ice cream makers here as well. It’s fun one time, but that’s it. Again, you can hardly beat what you can buy in the grocery store.

9. Any appliance or gadget for making pizza

IMO a big part of the appeal of pizza night is the fact it gets delivered.

Until food delivery apps hit the scene, pizza was the one meal you could count on arriving at your doorstep inside 45 minutes.

So why on earth would you buy expensive appliances, ovens and gadgets to make your own pizza? Okay, I get it if you’re a pizza hound and are dedicating your life to create the perfect pizza, but most of us just want a decent pizza delivered.

Making pizza as a family or even hosting a pizza-making party sounds like a great idea, but it’s not IMO. It’s not any cheaper either. Quality cheese and meats cost a lot of money. Pizza places buy it way cheaper because they literally buy it by the truckload. You can’t compete with quality pizza places on price.

I couldn’t come up with a 10th on my own so I swung by Amazon and saw that you can actually buy a donut maker, which actually sells reasonably well with nearly 300 customer reviews.

Again, if you never want to sit still and have to be doing something all the time, get a donut maker for the two times per year you eat donuts. For the rest of us, I’m not sure I would ever build up the energy to go and make donuts at home. I’d more readily drive to the local donut shop and buy a box of donuts for a few bucks. 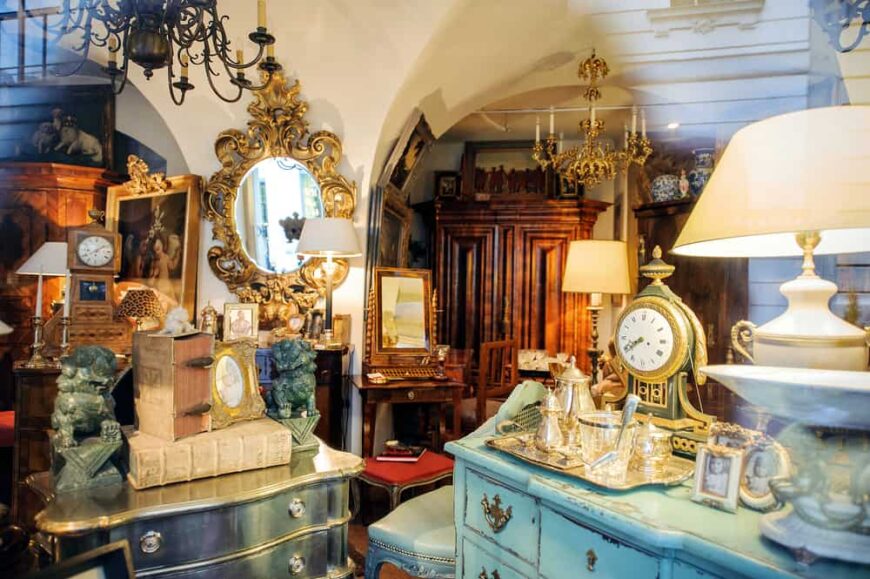 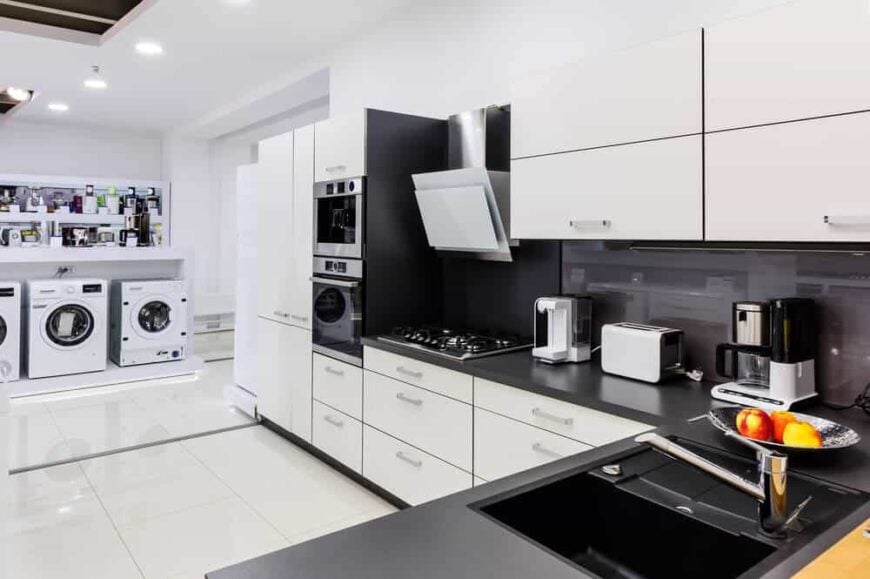 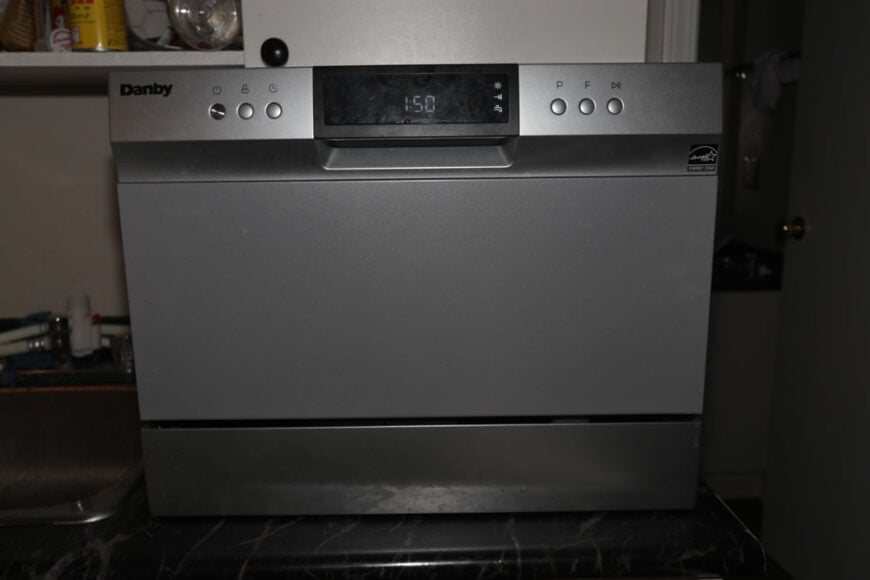