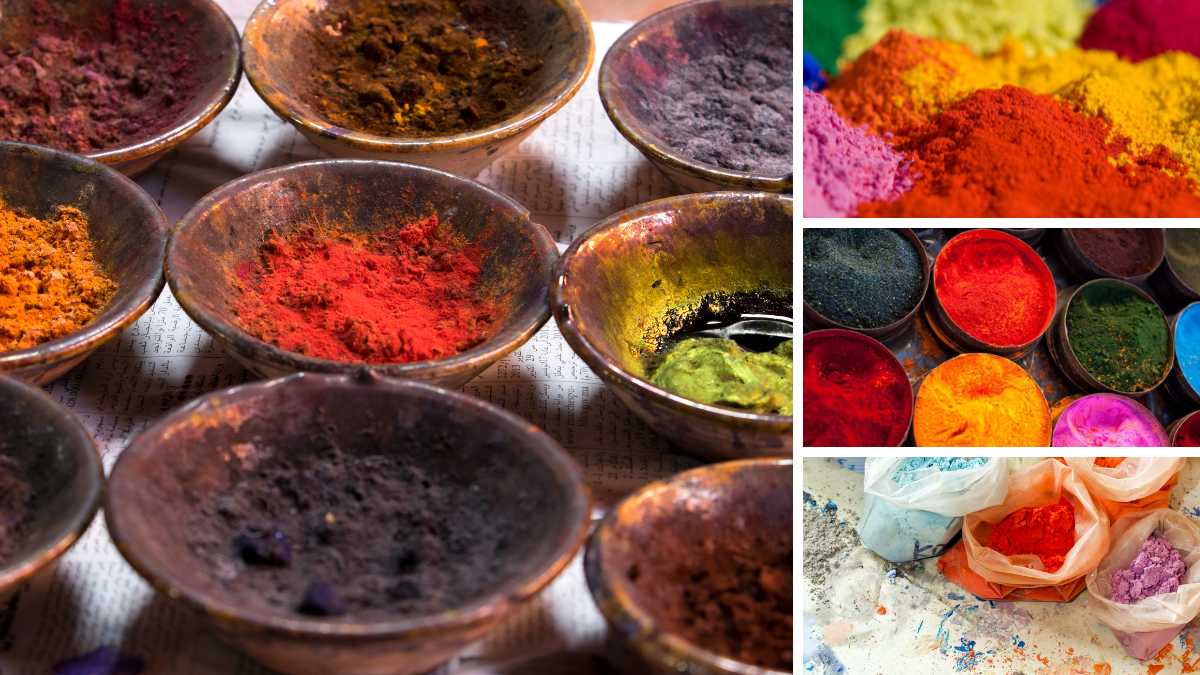 It is doubtful there is anyone alive who doesn’t get extremely excited when entering the marker aisle. I myself have fallen victim to impulse purchasing a pack of 200 colored markers to only ever use the primary colors. Colors are just exciting! There are so many available options!

But there weren’t always, and it’s weird to think of a time when colors weren’t prepackaged in a writing utensil. Using natural pigment as dye has largely fallen out of style, sensibly so, when much of manufacturing prioritizes speed and convenience. But there is a very distinguishable difference when you come across a naturally dyed sweater or a notebook dyed with flower pigment.

The organic appearance can be so much lovelier than artificial coloring. You’re here because you’re interested in foraging for plants with naturally intense hues, so we’ve prepared a little history, explained the types of dyes, provided a deeper look into a handful of the most common plants, and even prepared a list organized by color!

Humans have been obsessed with pigments for many many moons. Ancient Egyptians and traditional Chinese cultures have foraged for natural dyes for artwork, makeup, and cloth dyeing since around 1300 BC. Chemical tracing has proven that common natural dyes were derived from minerals like azurite, blue copper, and alizarin. 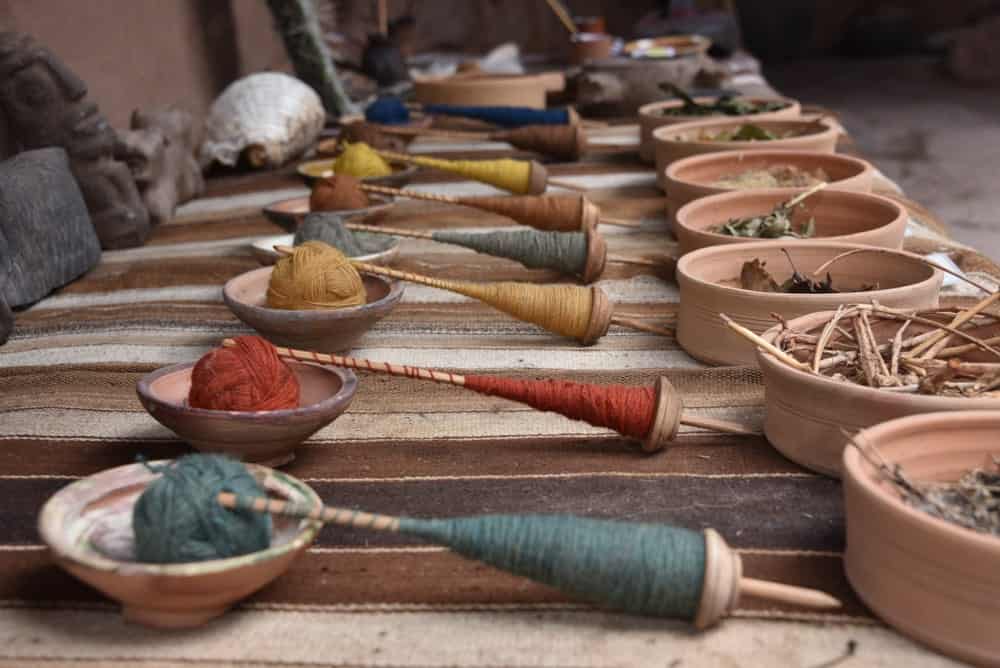 Throughout the middle ages, people starting mixing these natural pigments with egg to create a dried protein that would produce more intensely dyed materials. Chalk sticks began being produced, with the brightness of chalk creating a very vibrant color. Chalk was used by a couple names you may recognize; Rembrandt and Michelangelo.

Before the industrial revolution hit and pigments were created artificially, the options of colors was quite limited. For this reason pigments were named after the place where they were made. French ultramarine obviously came from France, Sienna produced what we recognize today as raw and burnt sienna, and Egypt was responsible for creating Egyptian blues.

The Use of Madder 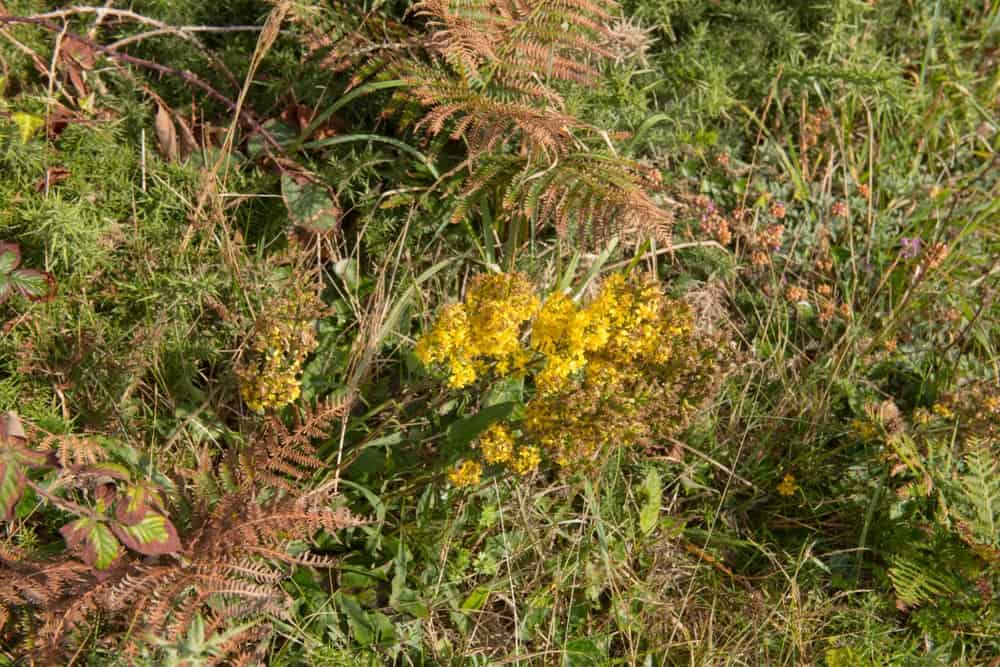 Rubia Tinctorum is a strange plant native to Persia. The use of madder as pigment dates back to textiles found in Pakistan dating back to 2500 BC! Madder is a bush with long finger-like roots that have a very intense pink color.

These roots would be dug up, washed, dried, then turned into powder to harness that coveted hue. It is said that the pigment in madder roots is so powerful, that animals who eat these roots end up having their bones and milk tinted a slight pink color. 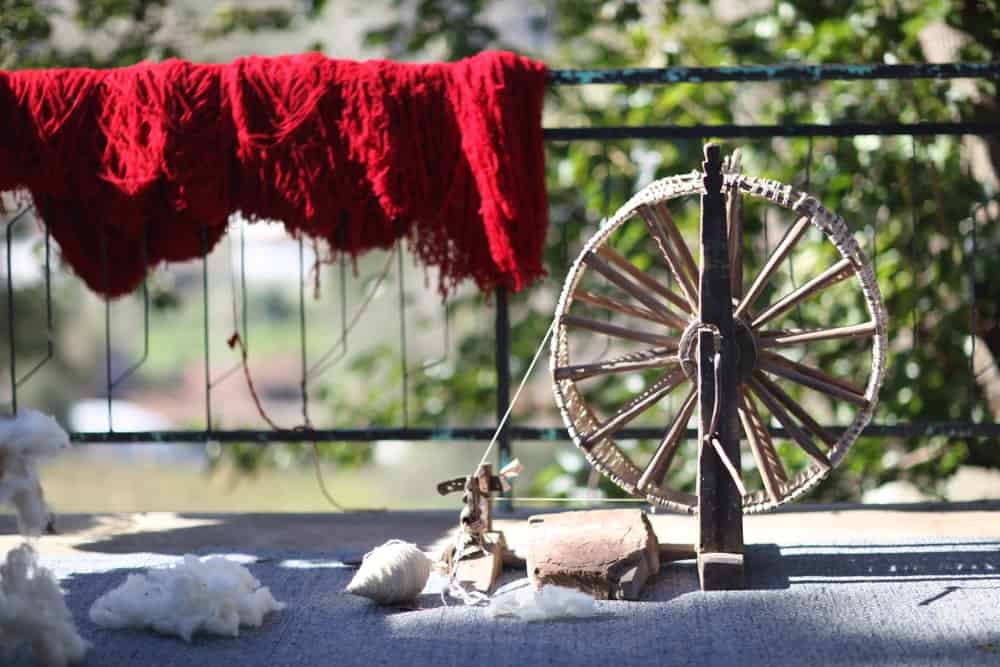 The Use of Woad

Isatis Tinctoria has a very interesting history to it. This plant is native to the steppe and other desert zones of the Caucasus (the region between the Black Sea and the Caspian Sea). The chemical extracted from woad plants is indigo!

The woad leaves would be ground, dried, and made into a paste. You may also like: Types of Flowers by Color 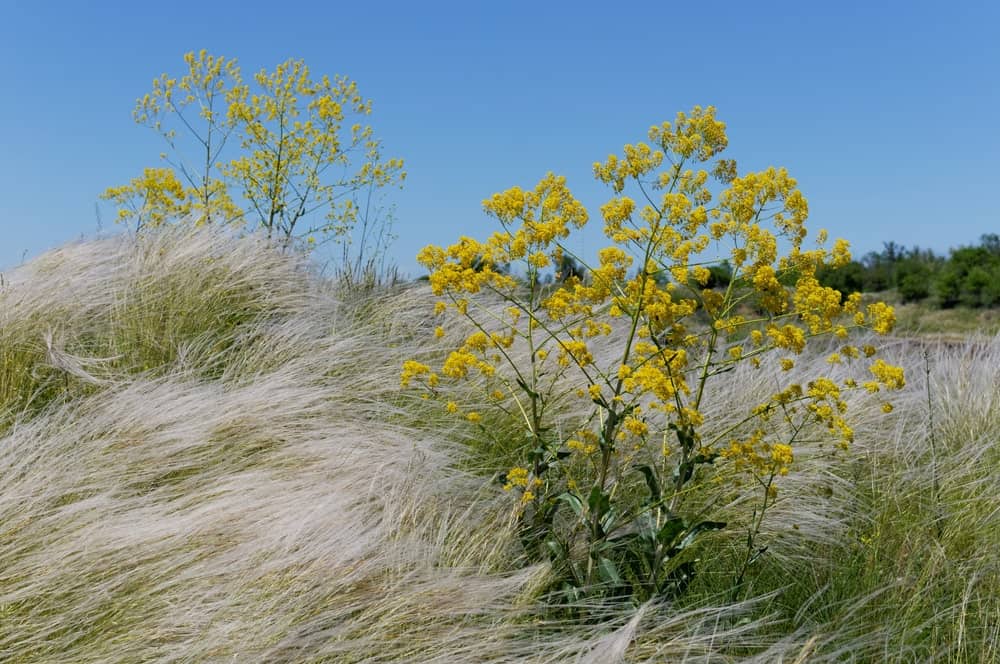 Because this color was so coveted, the competitive industry of cultivating Indigofera tinctoria, or “true indigo” began. This plant was part of the bean family, which was native to Asia and Africa. Because this “less authentic” indigo flooded the market and threatened the sales of woad cultivation, in 1577 the German government stated that this “fake indigo” caused yarn to rot, that it was “pernicious, deceitful, and a corrosive substance.

Even going so far as calling it the “devil’s dye” and eventually outlawed the distribution of it, under punishment of the death penalty. 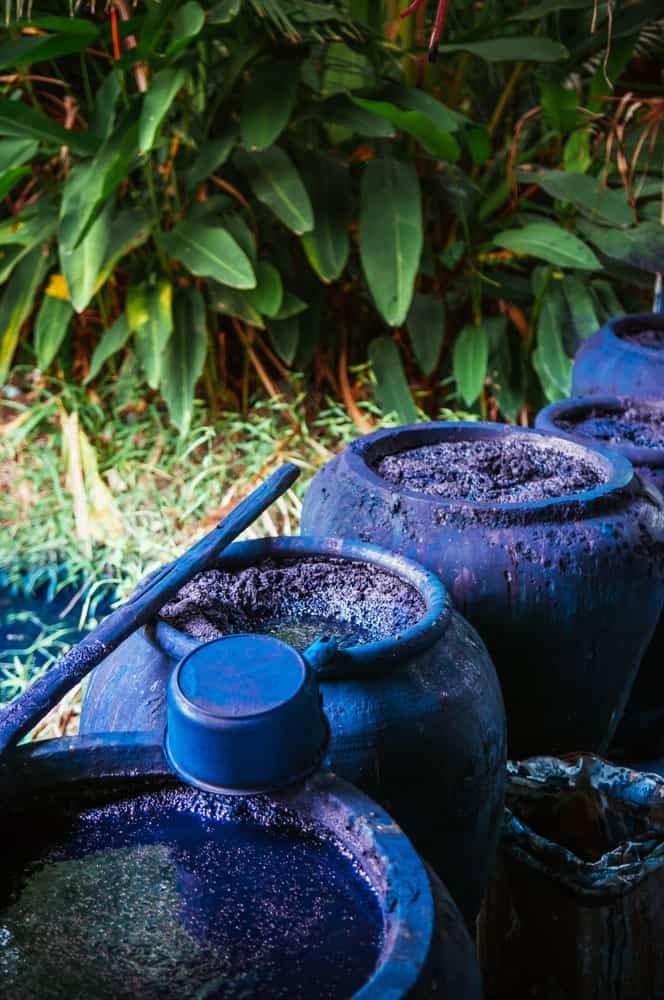 Mordants are water-soluble chemicals that help create a bond between a dye and a fiber. Usually derived from metallic salts, mordants are responsible for intensifying regularly pale plant extractions. Common types of mordants used are:

Substantive Dyes: these are natural pigments that do not need the help of a mordant to achieve a brilliant and intense color. 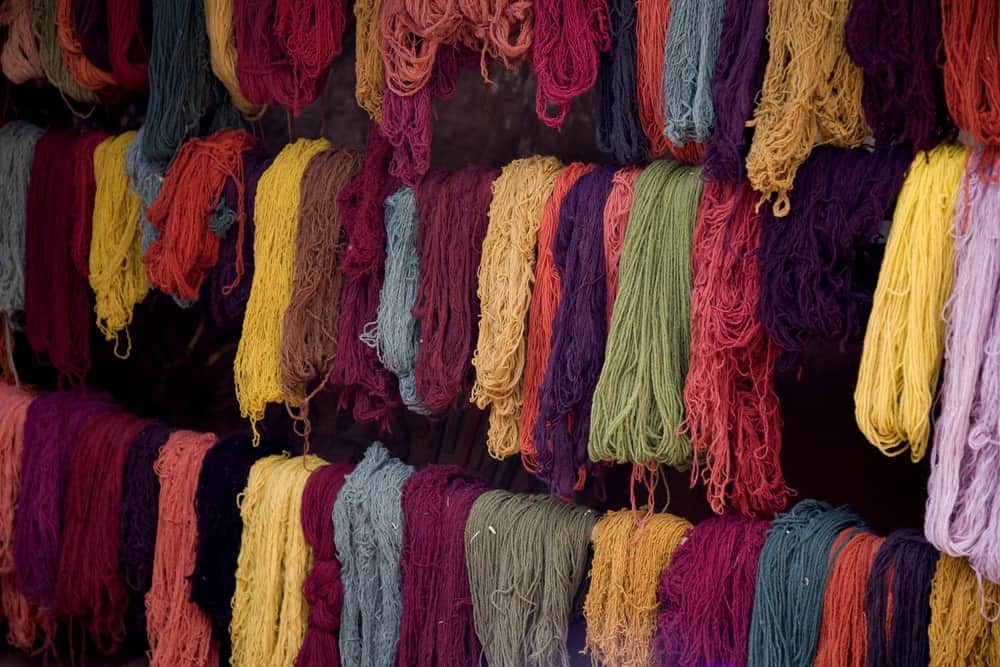 Adjective Dyes: these extracted dyes produce a weak and pale pigment. They need the help of a mordant to aid the dye in attaching to fibers. 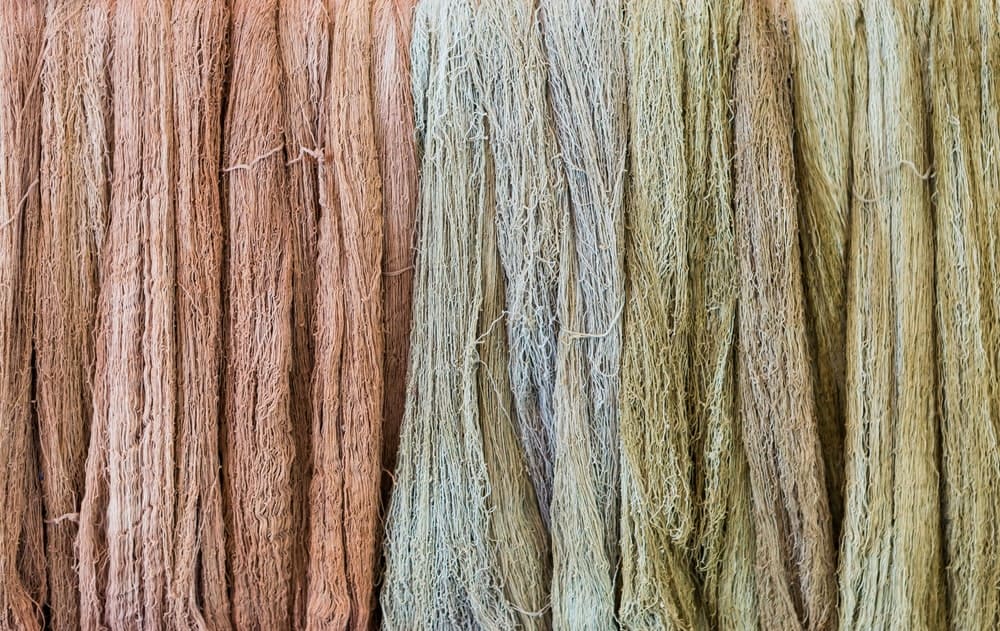 For anyone in North American interested in going foraging to obtain some natural dyes, here’s a shortlist of some very common and easily identifiable plants that produce brilliant pigments.

This perennial herbaceous plant can be found all over eastern North America, specifically east of the Great Lakes and southward towards Florida. The trend in the Maritimes in Canada. They like to grow in moist wooded areas, or near shores or streams. 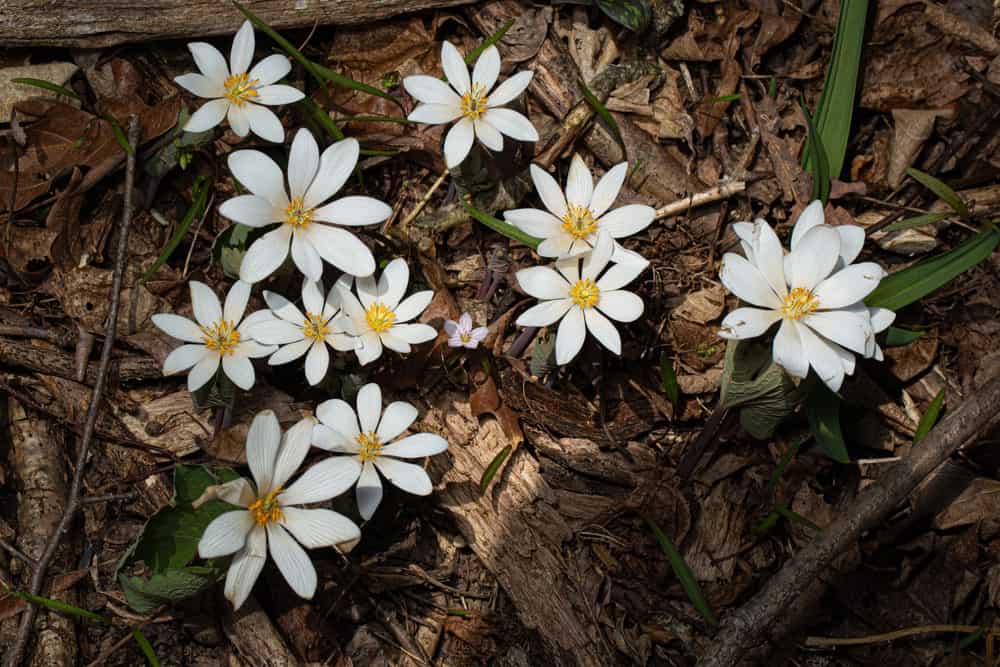 Bloodroot also has several medicinal properties and is responsible for an array of red dyes. Each part of the bloodroot plant can be used for dye extraction; root, stem, flower, and seed. Although the pigment is rather bright in itself, mordants are usually added to help intensify them.

The butternut is a deciduous tree and prefers a cooler, more dry climate. Native to the eastern United States and southeastern Canada, these trees can be found from New Brunswick and southern Quebec, all the way down to Minnesota, Alabama, and southern Arkansas. The butternut tree proliferates around 2000 ft above sea level, especially around the Columbia river basin. 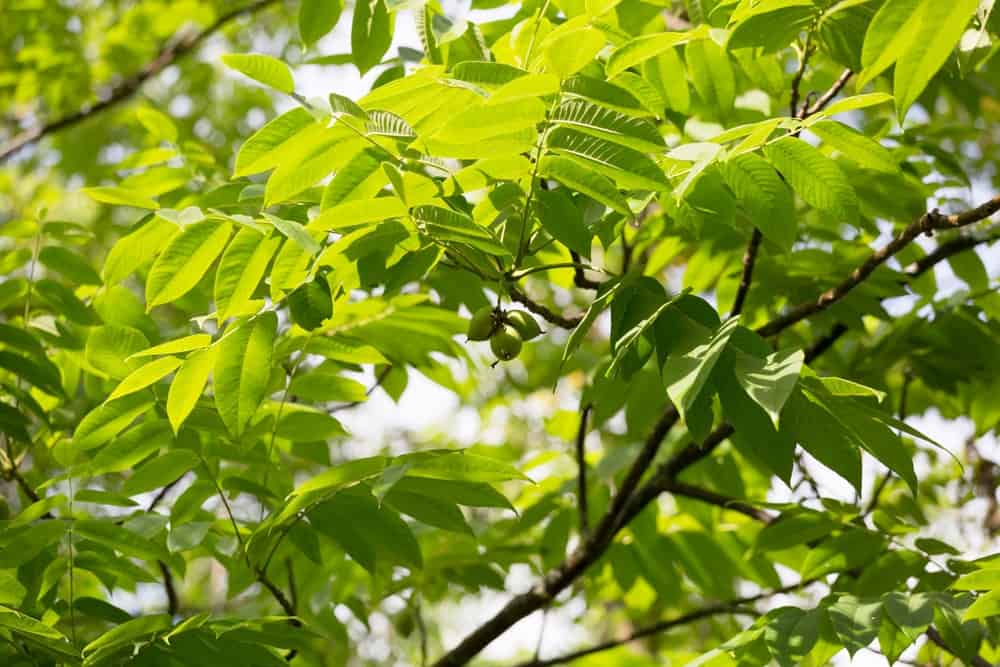 Butternut bark is used to create brown dyes, young roots can be used for black dyes, and if combined with an iron mordant, a rather incredible charcoal color can be achieved.

The mountain alder is a species of the birch tree, which is native to northwestern North America. They tend to grow in nutrient-poor soils and can be found at elevations up to 4900 ft. They commonly grow along mountainside streams and brooks in New Mexico, California, and even Alaska. 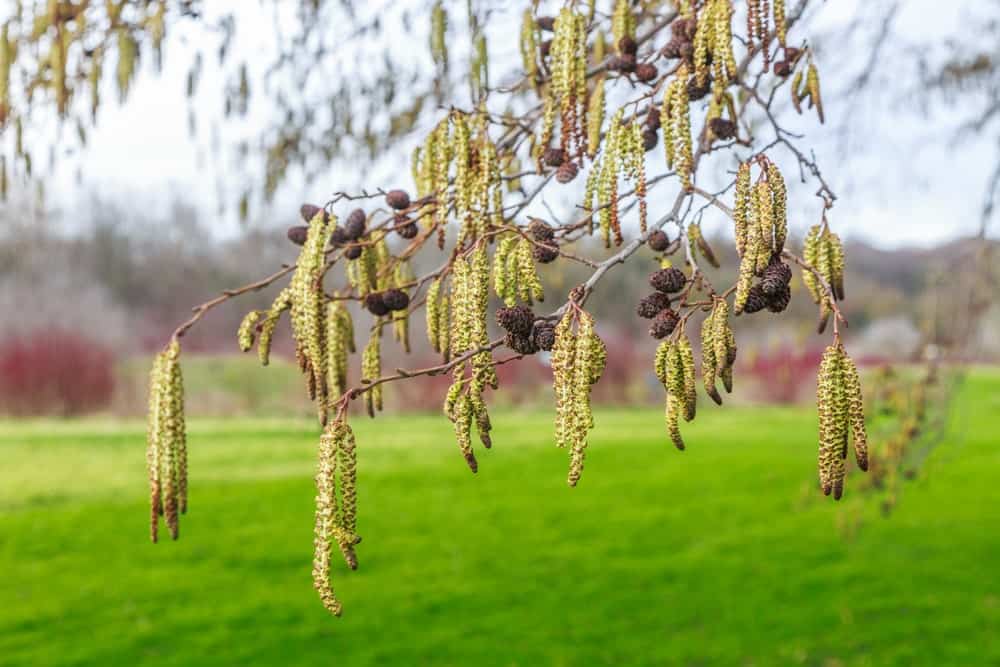 All aspects of the alder can be used to obtain dye. The bark was commonly used to stain basketry weavings and creates a flaming red pigment. The inner bark creates exceptionally lovely yellow dyes.

All of these types of berries can be found all over North America, as long as they have access to rain and sunlight. Desert climates tend to be too dry for berries to thrive. All parts of these plants can yield dye colors; the berries, leaves, and canes.

They all produce relatively similar dark purple and pink pigments. 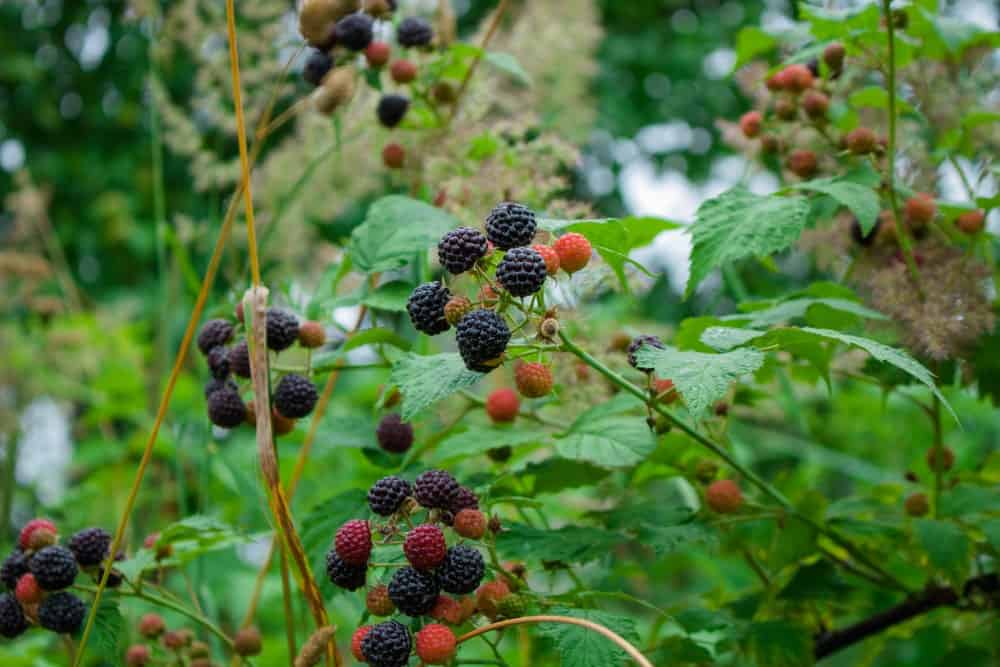 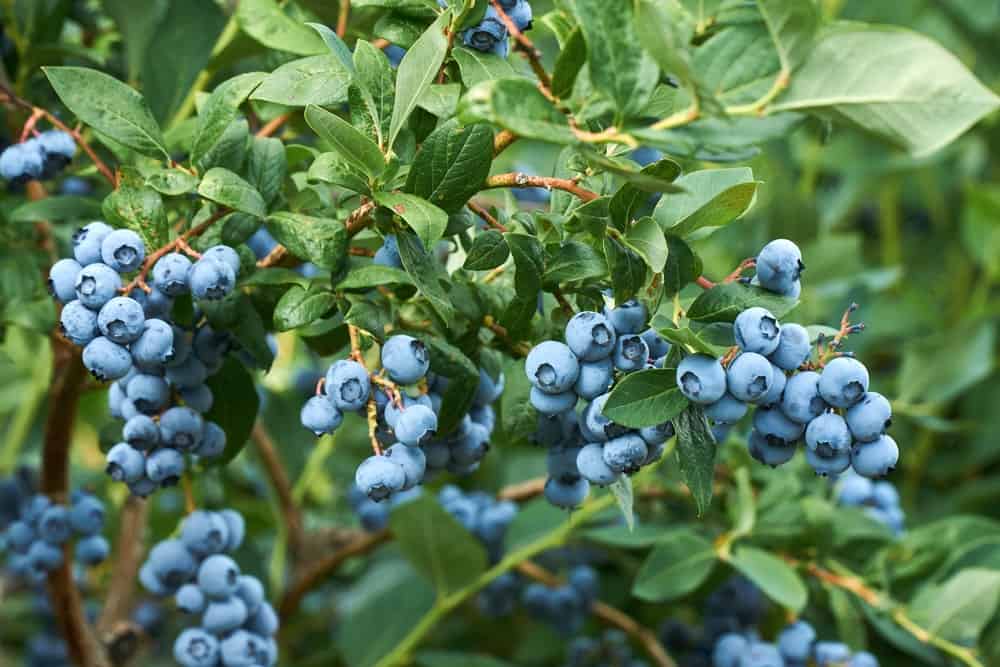 To extract pigment, they are usually simmered and strained, with the strained liquid having been dyed a lovely pale blue. Blueberries are often accompanied by a mordant to achieve a more intense color, in other words, an adjective dye. The berries’ flowers are used for pigment as well.

Safflower is actually the oldest crop cultivated by humans. Interestingly enough, a chemical analysis of Egyptian textiles found safflower pigment as their dye, dating back to the 12th Dynasty (1991-1802 BC). Due to its very rich color, safflower is a wonderful substantive dye. 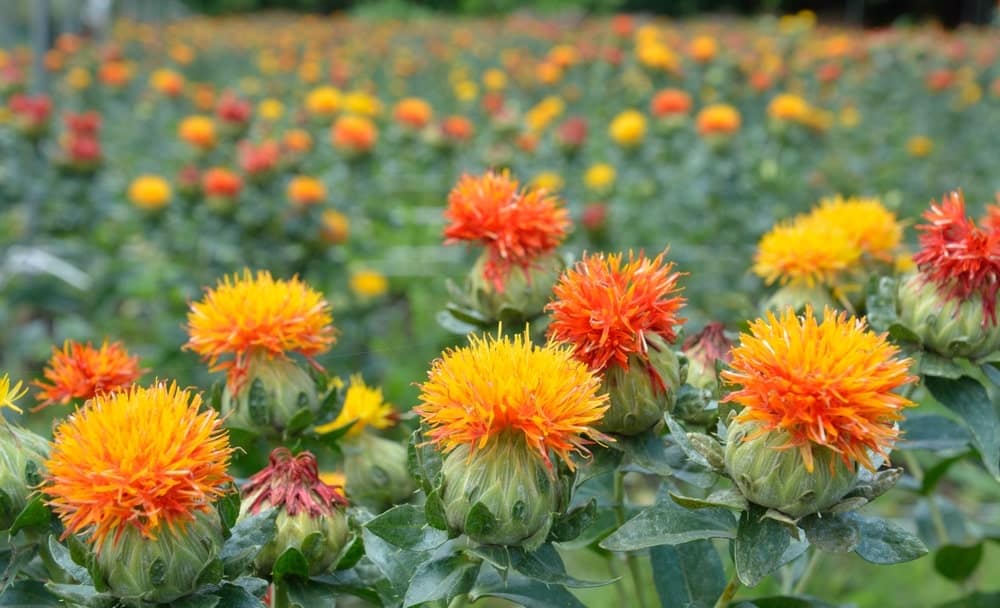 This thistle-like plant is native to arid environments with heavy seasonal rain. California actually accounts for 50% of all safflower crops in America, and safflower can also found in North Dakota and Montana. Safflower petals are dried and turned into powders to achieve very vibrant yellow and red dyes.

Beets can be found anywhere since they are so commonly farmed (and for good reason!). Beets are an incredible choice for natural pigmenting, as they will permanently dye anything they touch with a very concentrated color. 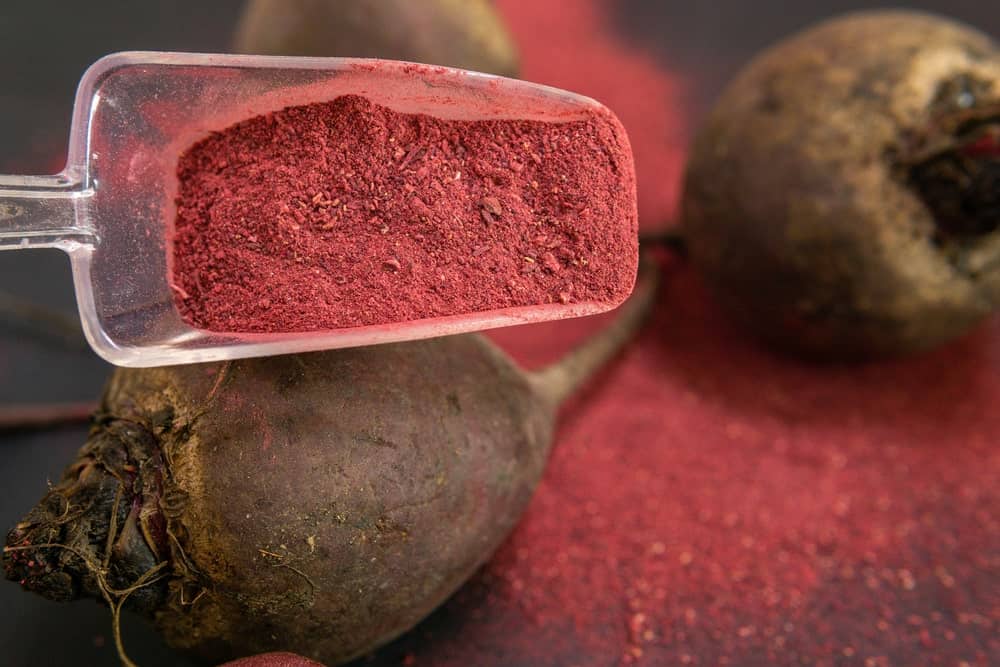 Beetroot is often used in natural food coloring as well since the color is so intense. Beetroots can be turned into powder, or they can be boiled, and the water used as a dye. You may also like: Tropical Flowers Bursting with Color!

This thicket forming plant can be found in subtropical and temperate regions — all over southern Canada, and trailing down to the southern United States as well. 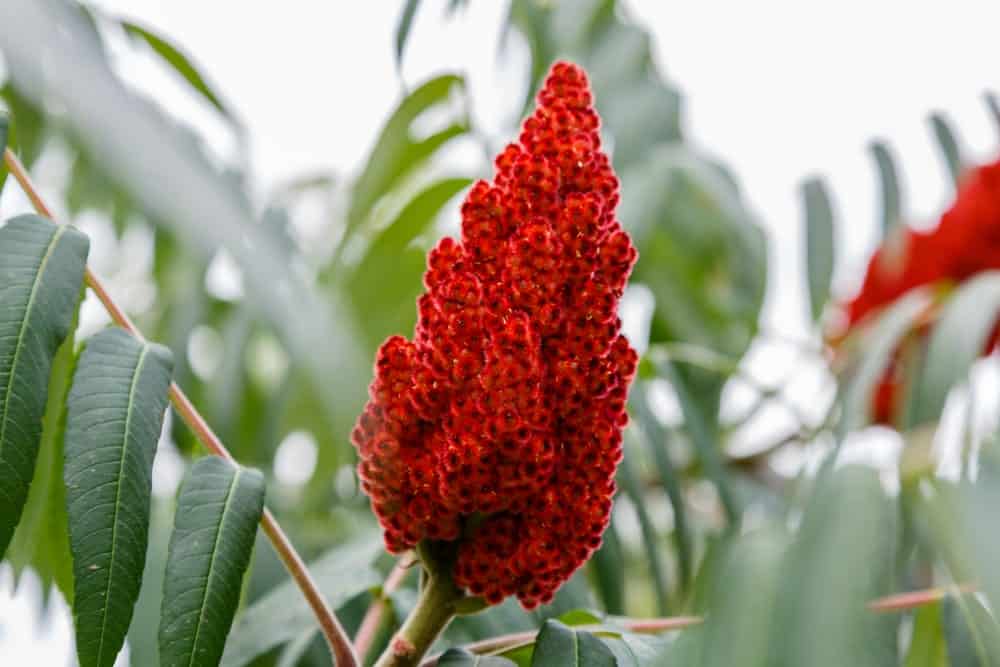 The leaves of sumac plants contain extremely high concentrations of tannins, and they’re a great example of a substantive dye. Usually, dye forages wait until sumac leaves fall, and then collect them and turn them into powders. Traditionally, sumac has been used to dye leathers.

There as so so so many other plants that can provide extremely rich and brilliant pigments, and we’ve organized some of them that can be found all over Norther America — organized by color for easy choosing. Note that each of these plants can produce a variety of different hues, but trend towards their color category. 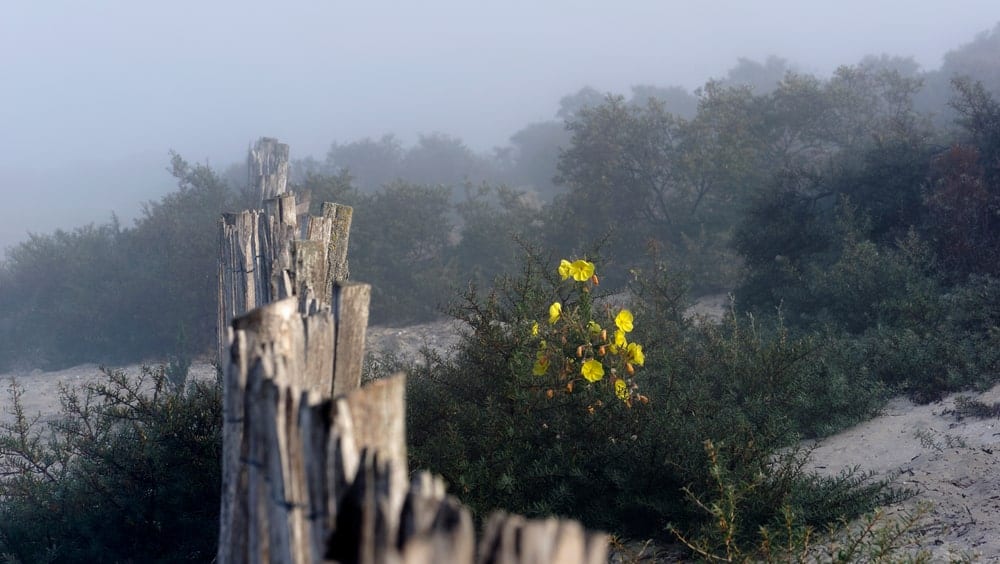 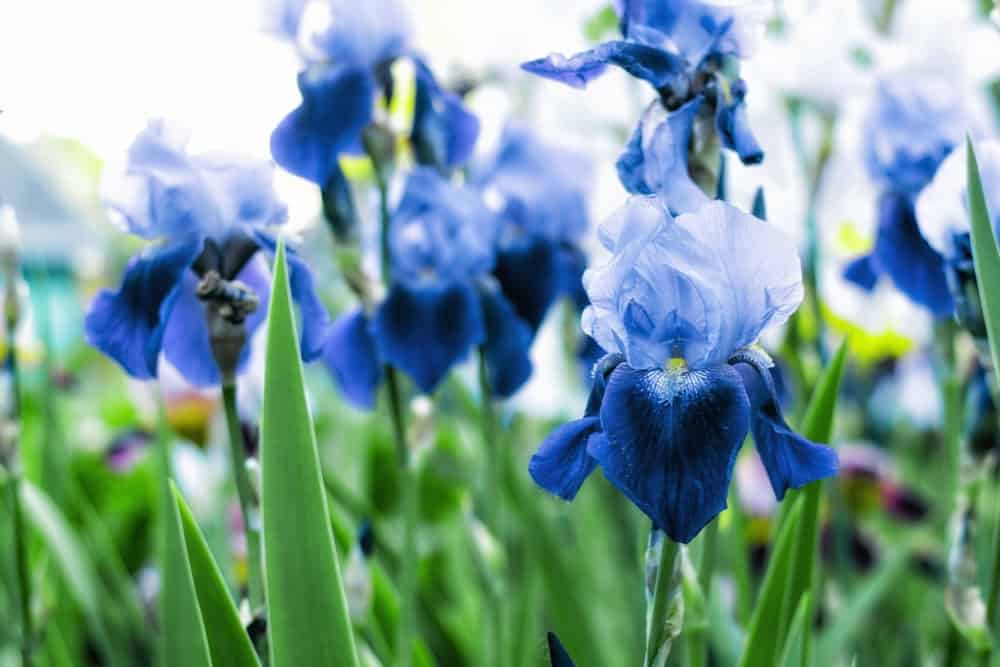 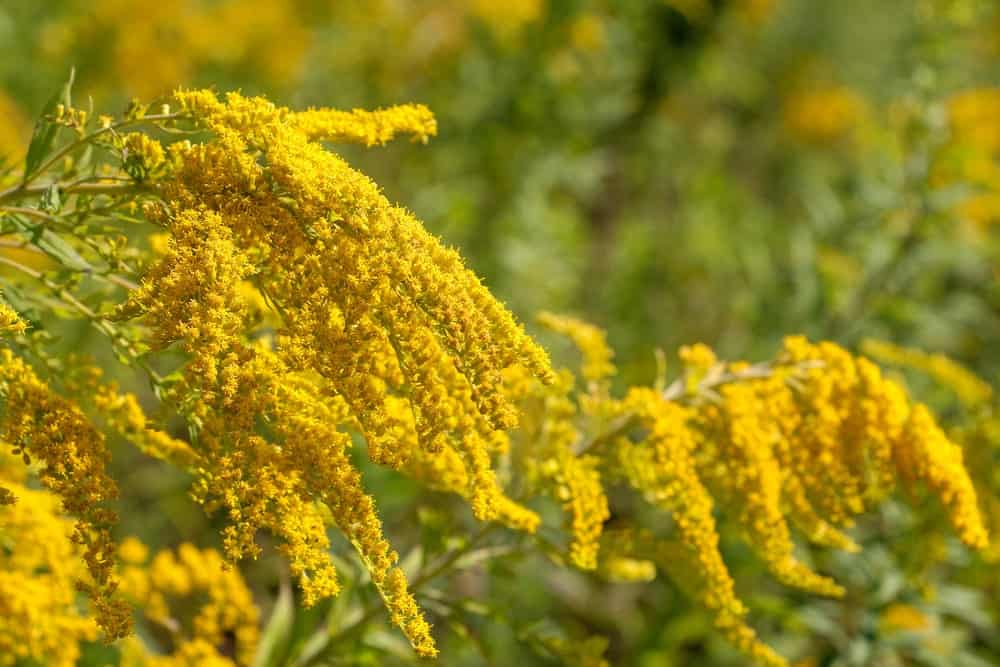 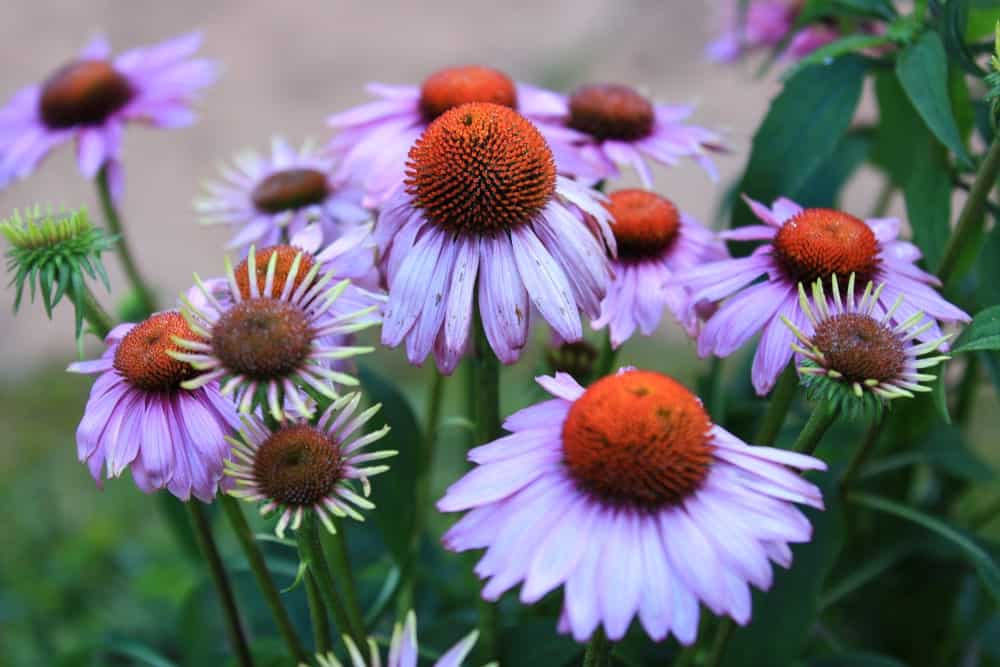 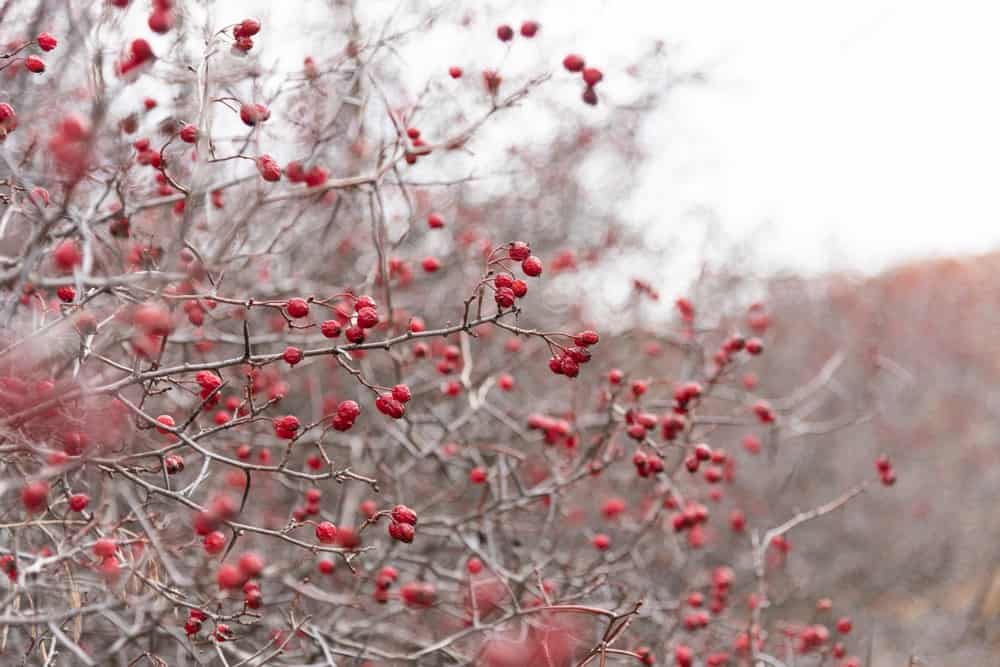 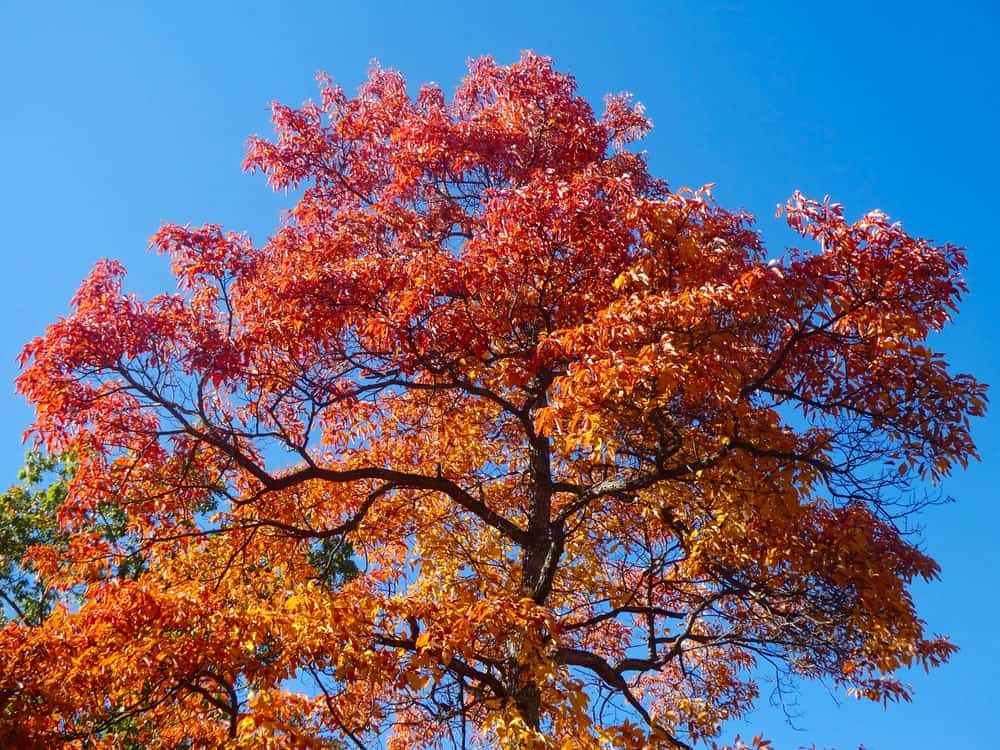 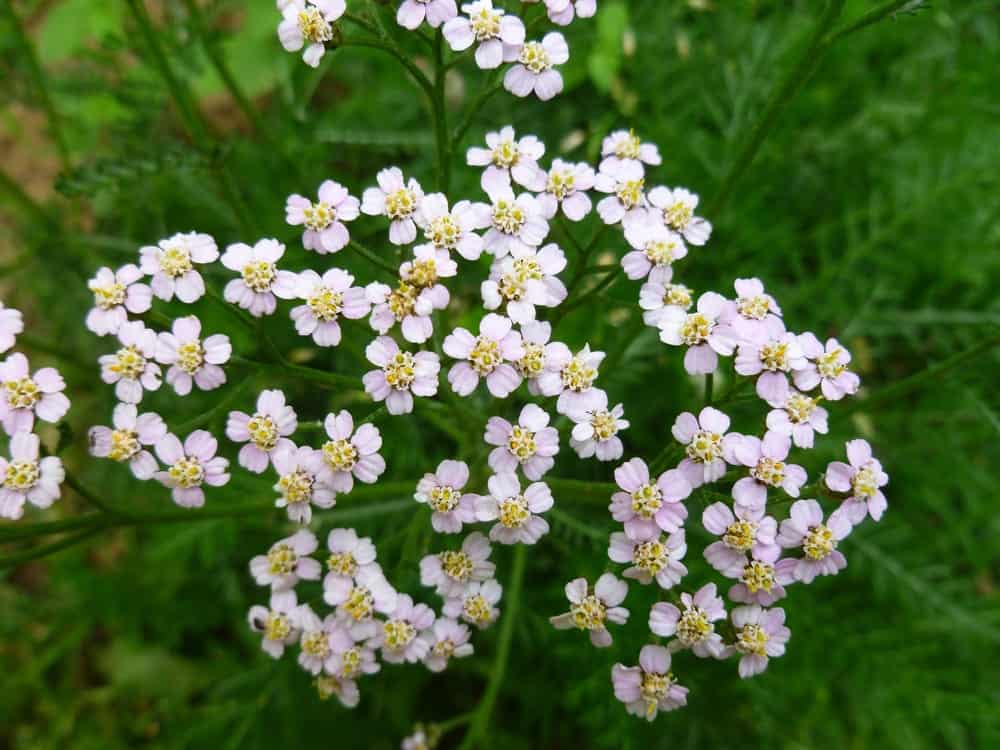