Naan is a flatbread that is typically found in Indian or other Southeast Asian restaurants. However, with this naan recipe, you can recreate that distinctive taste and texture in your own kitchen. 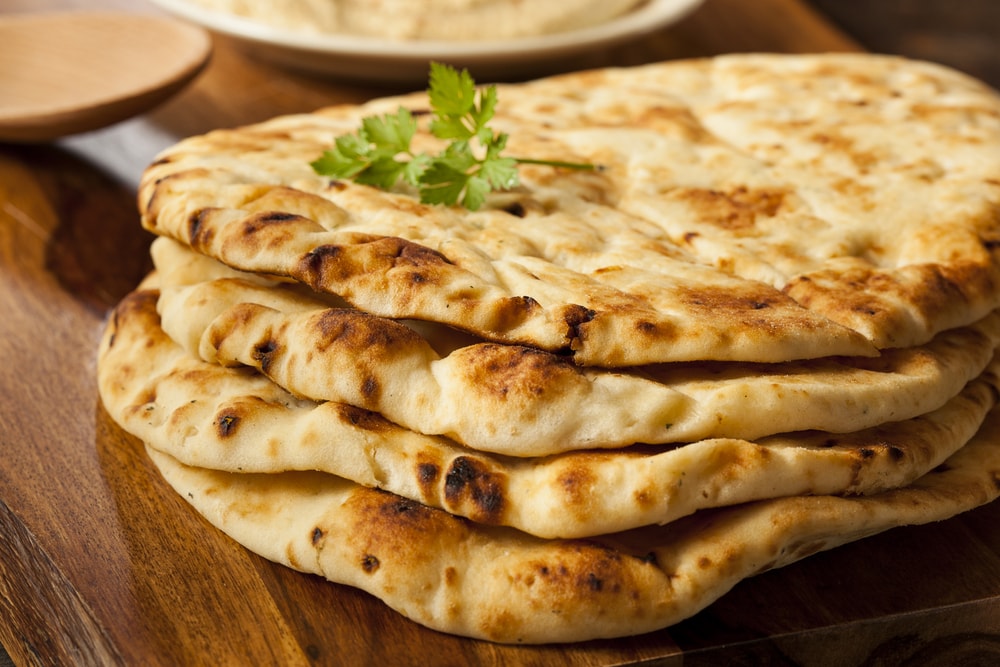 A combination of flour, salt, water, and yeast, bread is enjoyed by almost every people group across the globe. However, each culture performs its own twist on basic bread recipes. For example,  tortillas, pita bread, matzo, and roti are all forms of flatbread that different people groups use as a day to day part of their diets. Naan is one such flatbread that is an essential part of Southeast Asian meals.

Historically, naan is baked in a clay tandoor oven. The balls of dough are stacked against the hot walls of the oven, developing a slightly crispy, charred surface, while the bread’s interior remains soft. Of course, the vast majority of home cooks don’t have a tandoor and won’t be slapping dough balls against the interiors of their own home ovens. However, the classic char can be somewhat replicated by using a heavy skillet on the stovetop. For best results with our recipe, use a preheated cast-iron skillet. 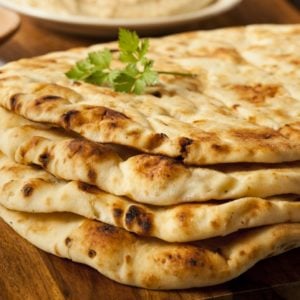 April Freeman
The soft, distinctive texture of naan is due to the addition of full-fat dairy products to the dough. Some recipes use buttermilk, but our recipe uses Greek yogurt. Either will work to create the perfect texture for your recipe.
Print Recipe Pin Recipe Add to Collection Go to Collections

While kneading bread dough is a very satisfying, relaxing process, if you have an electric stand mixer with a dough hook, creating naan can be quick and simple. Whether you make your bread by hand or with a mixer, you can still have delicious, perfectly textured naan at the end of an afternoon. Naan is a perfect accompaniment to authentic Indian meals, but it’s okay to change things up in your own kitchen. You can serve naan with a delicious soup or a hearty stew, or you could use it as a wrap for a tasty lunchtime treat. If six naan loaves are too much for you to eat at once, naan freezes very well. Allow it to cool to room temperature, and then freeze in zip-top freezer bags for up to a month. This way, you’ll have the taste of fresh naan all month long!
Keyword Bread, Naan Bread, Recipe, Side Dish