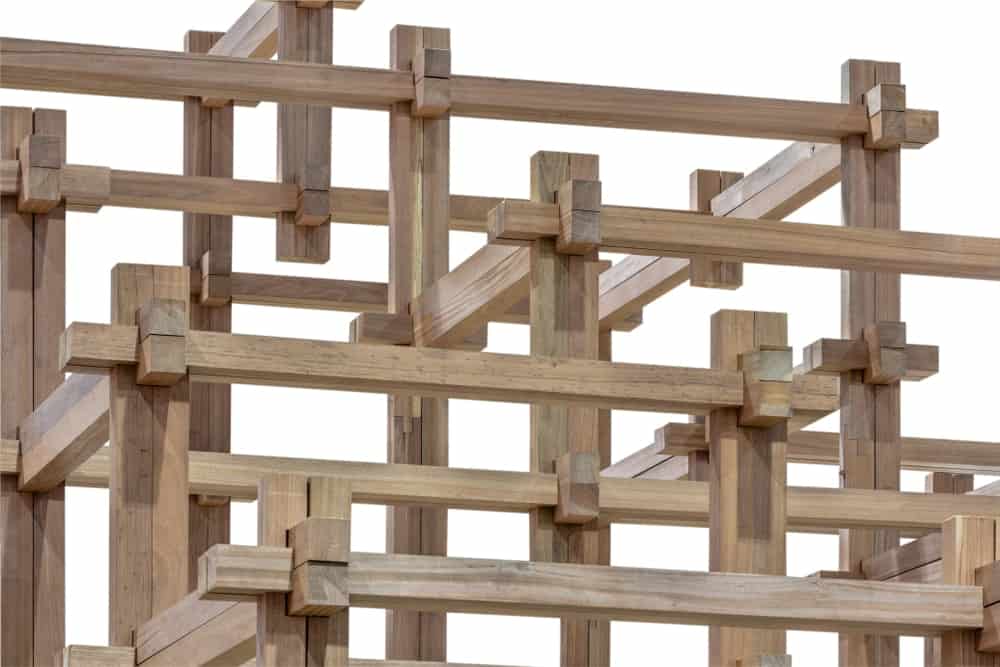 Let’s just be honest about it – the mortise and tenon joint is literally a peg in a hole. Why do have to get into all these fancy terminologies for an action humans have been implicating since time itself?!

If you’re curious about why this terminology was chosen, we can ask the French. “Mortise” comes from Old French mortaise (which unfortunately does not translate to murderess) which means “fastened”. “Tenon” comes from a French noun established in the 14th-century tenir, which means “to hold”. That’s kind of lovely actually. “Hold it and hold it fast!”

The mortise and tenon joint is probably the very first method of wood joinery ever used, and today we’re going to figure out all the details about it.

Coming in second place next to the dovetail joint, the mortise and tenon joint is the second strongest joint there is! It is a joint that is made when bringing to union two pieces of material at a right angle. This is a method used for thousands and thousands of years by woodworkers due to its simplicity and strength.

Usually, in the shape of a square or rectangular, the two members’ ends are connected by glue or a locking mechanism. The tenon tongue usually comes equipped with shoulders the seat into place when joined with the mortise hole.

(The mortise isn’t only dedicated to wooden pieces either! This simple manner of joining is employed by stonemasons and blacksmiths as well.)

There are a surprising plethora of styles of mortises and tenons, but first, a little history lesson! 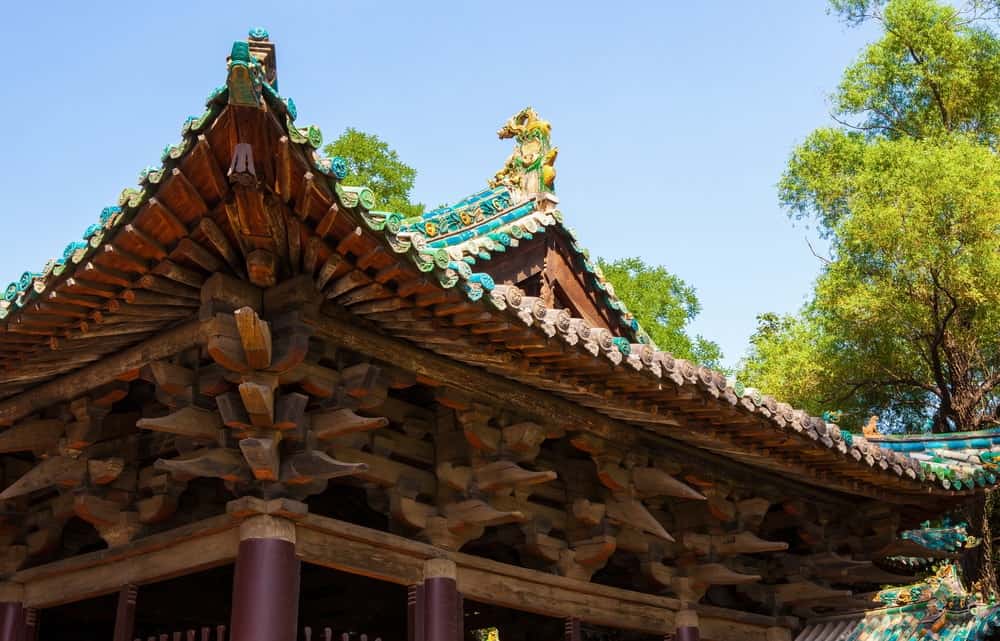 Okay but, How Long Have They Been Around…

Y’know Stonehenge? Yes, that Stonehenge. Well, the whole reason behind why we still get to stand in front of those awe-inspiring and slightly creepy figures is thanks to the mortise and tenon joint. This type of joinery has clearly been around for a long time…

Archeologists have fun mortise and tendon joints in water wells that were built in the Early Neolithic period… This is specified during the beginning of Linear Pottery Culture — literally when humans began fabricating dishware and art out of ceramic!

In traditional Chinese architecture, the mortise and tenon joint was utilized because it allowed for the woods’ expansion during periods of great humidity. They were (and are) used for brackets and beams to make roof frames.

If we keep going back to about 7,000 years ago, tusked joints (which will be explained further right below) were used to create a wooden well near Leipzig – this is a place in Germany that hosts the oldest standing wooden architectures.

Let’s go back even further! In the Gyoza pyramid, a 43.6-meter long ship vessel was sealed inside. This is right around the time of the fourth Dynasty – that’s 2500 BC! ARE YOU KIDDING ME?!

Now that I’ve finished blowing your mind, back to the styles of mortises and tenons. 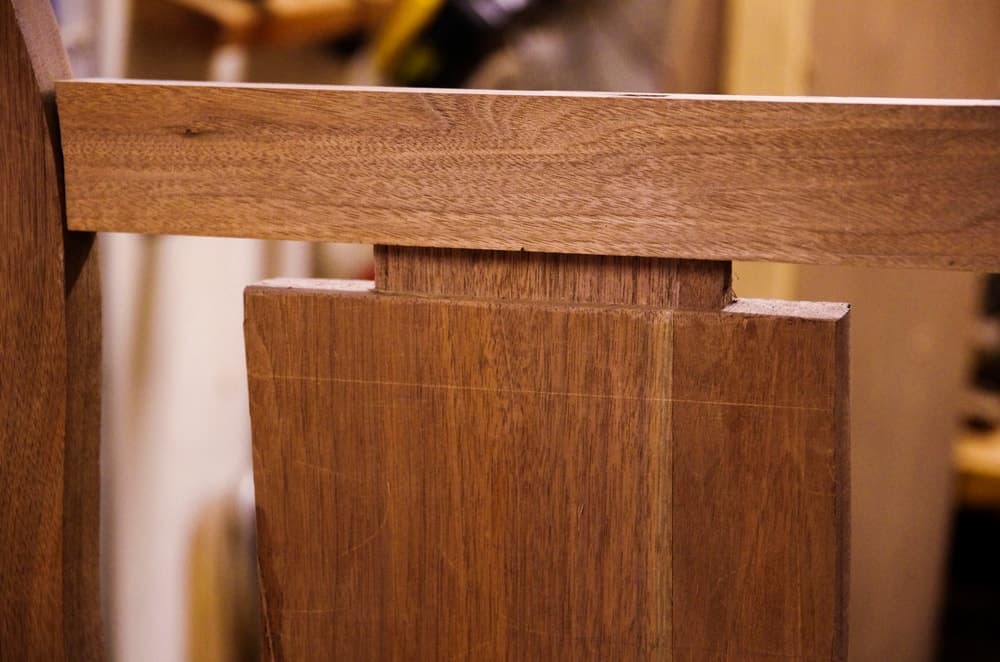 Open Mortise: a mortise that has 3 visible sides

Stub Mortise: a mortise that does not pass through the workpiece, is rather shallow (its depth depends on the width of the workpiece)

Through Mortise: very simple, a mortise that passes entirely through a workpiece

Wedged Half Dovetail Mortise: a mortise that has a back that is wider or taller than the opening. This leaves space to insert the tenon and is reinforced to prevent withdrawal

Through Wedged Dovetail: exact same design as the mortise just explained, but it passes entirely through the workpiece 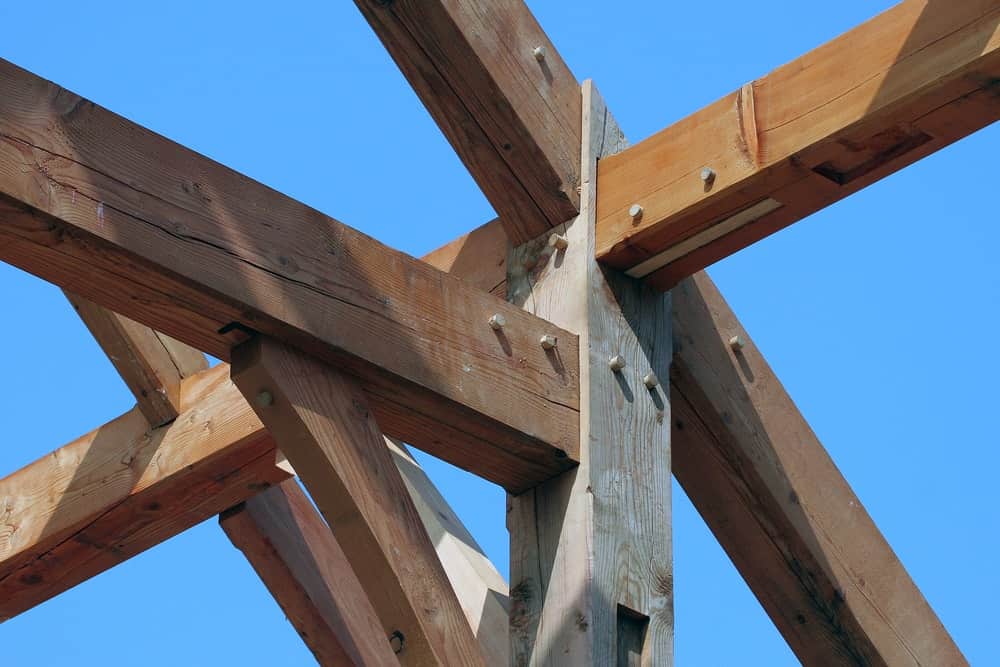 Stub Tenon: a tenon shorter than the width of the mortised member, so that the tenon doesn’t show

Through Tenon: tenon that passes through the workpiece and its end is entirely visible

Loose Tenon: a separate limb of the joint that is later added on (not originally fabricated from the workpiece)

Pegged Tenon: strengthened by a dowel pin or driving peg, inserted into one or more drilled holes through the mortise sidewall

Tusk Tenon: (these were used in the oldest standing well in Germany we just talked about!) tenon that uses a wedge-shaped key to hold the joint

Teasel Tenon: received on the underside of a beam, the tenon is jowled

Hammer Headed Tenon: a tenon with two shoulders to help hold it in place

Half Shoulder Tenon: a tenon with only one shoulder to hold it in place

Where Are They Used?

They are one of the most common and strongest types of wood joinery. They can be used truly anywhere. It is after all a peg in a hole!

We already learned all of the traditional ways in which they were used, but today the mortise and tenon joint is used in the construction of chairs, tables, frames, doors, windows, cabinets, you name it!

Is a mortise and tenon joint strong?

Absolutely! Second to the dovetail joint, it’s the strongest. This is due to the fact that weight and pressure are evenly distributed throughout the entire material, strain is not in one concentrated location.

What can a mortise and tenon joint be used for?

Almost any type of wood joinery can use the mortise and tenon joint. Any type of furniture making, doors, windows, etc..

What are the disadvantages of a mortise and tenon joint?

They can be a little bit pricey due to the precision required to make a good quality joint, this is time-consuming and requires good quality materials as well. That’s pretty much the only disadvantage!

Why use a mortise and tenon joint?

It’s one of the strongest and simplest mechanisms. It’s incredibly long-lasting (ask the guys at Stonehenge) and is incredibly weight-bearing.

Can I make my own mortise and tenon joint?

It’s a free country! It would take ages to chisel one by hand so hopefully, you’ve got the appropriate power tools.