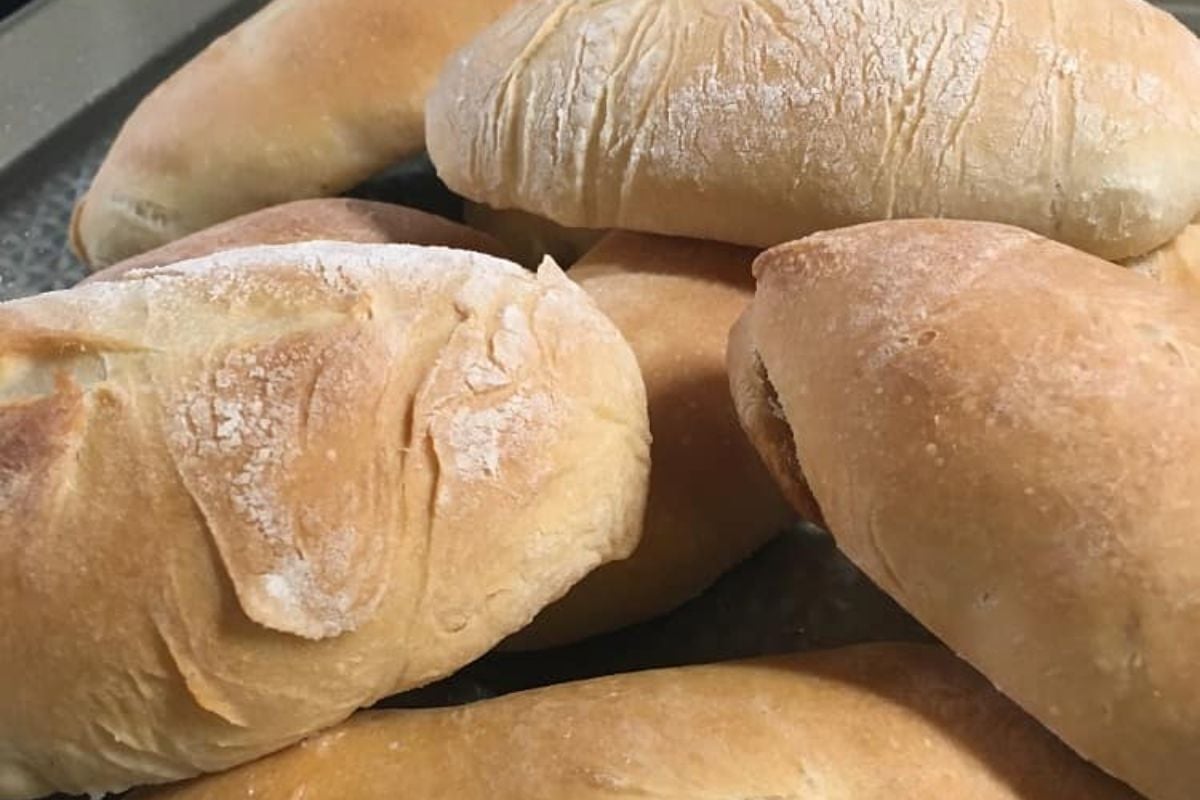 I will never forget my Mexican honeymoon. One evening, Wifey and I got so sloshed we somehow got separated.

In a bid to sober up quickly, I found myself moving from one Mexican eating establishment to another eating  as much of and as many recipes of the popular Mexican Bolillo bread. What follows are some of the Mexican Bolillo recipes I can still remember that I sampled that day. 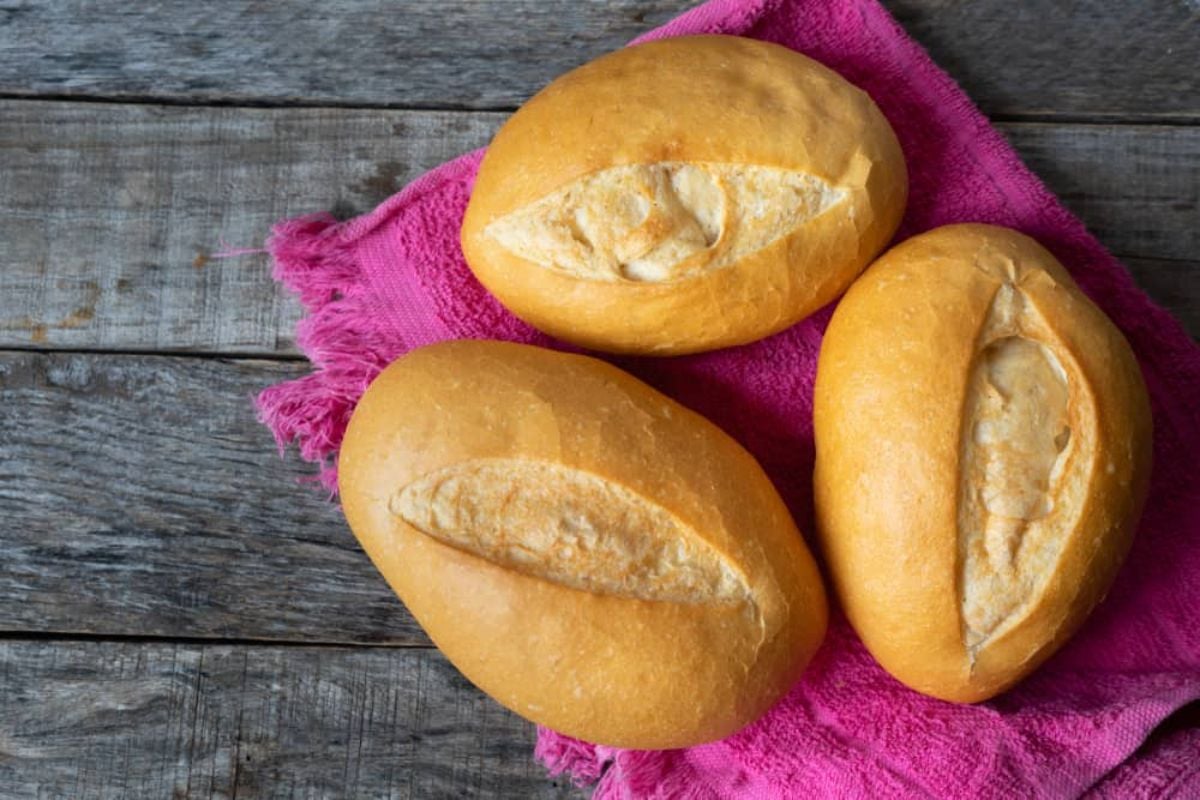 Arguably the second most popular staple food after the Tortilla, despite its name, the Mexican Bolillo is not only enjoyed in Mexico- countries in South and Central America enjoy it too. Its ingredients are very easy on the pocket .  Made from plain and simple flour yeast, salt, warm water and all-purpose flour, Mexican Bolillo bread can be made in 13 simple steps.

When baked, Mexican Bolillo bread has tender insides and a crusty, crunchy, crispy exterior. They can be enjoyed all day long-for breakfast (with tea or coffee),  lunch ( with meat, mayo or veggies) and supper (birria and mole). Enjoy! 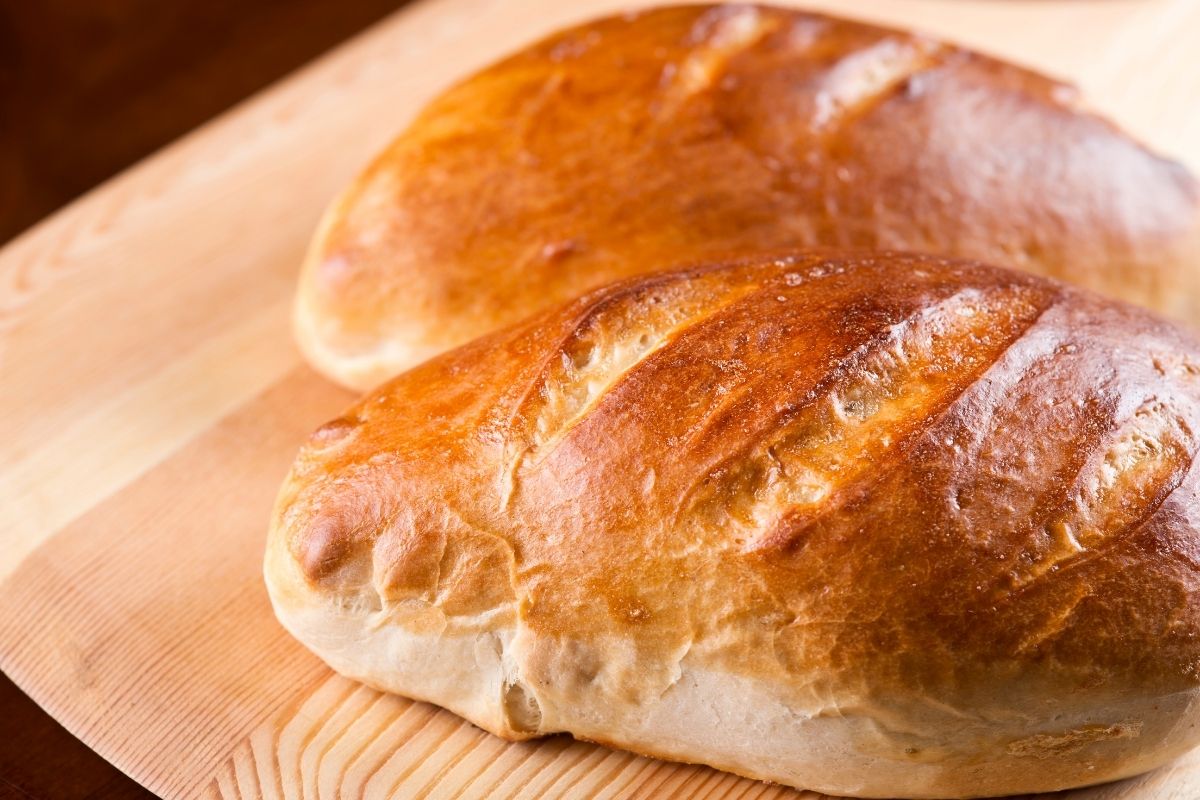 Entering the second catina I could find, I thought to get a bit more creative. I ordered some Mexican Bolillo Bread Rolls. Considered Mexico’s version of French bread, the baguette, these bread rolls are made with flour, yeast, sugar, salt, and warm water or milk.

Use butter and honey as options, Mexican Bolillo Bread Rolls are a staple favorite for many in Mexico and indeed, all over the world. However, when baking them, the thing to remember is to always preheat the oven. Shape the dough into an oval American football-like-miniature size with slits shaped running down the middle. When ready, enjoy them as either a side dish, sop or Mexican torta, or sandwiches. 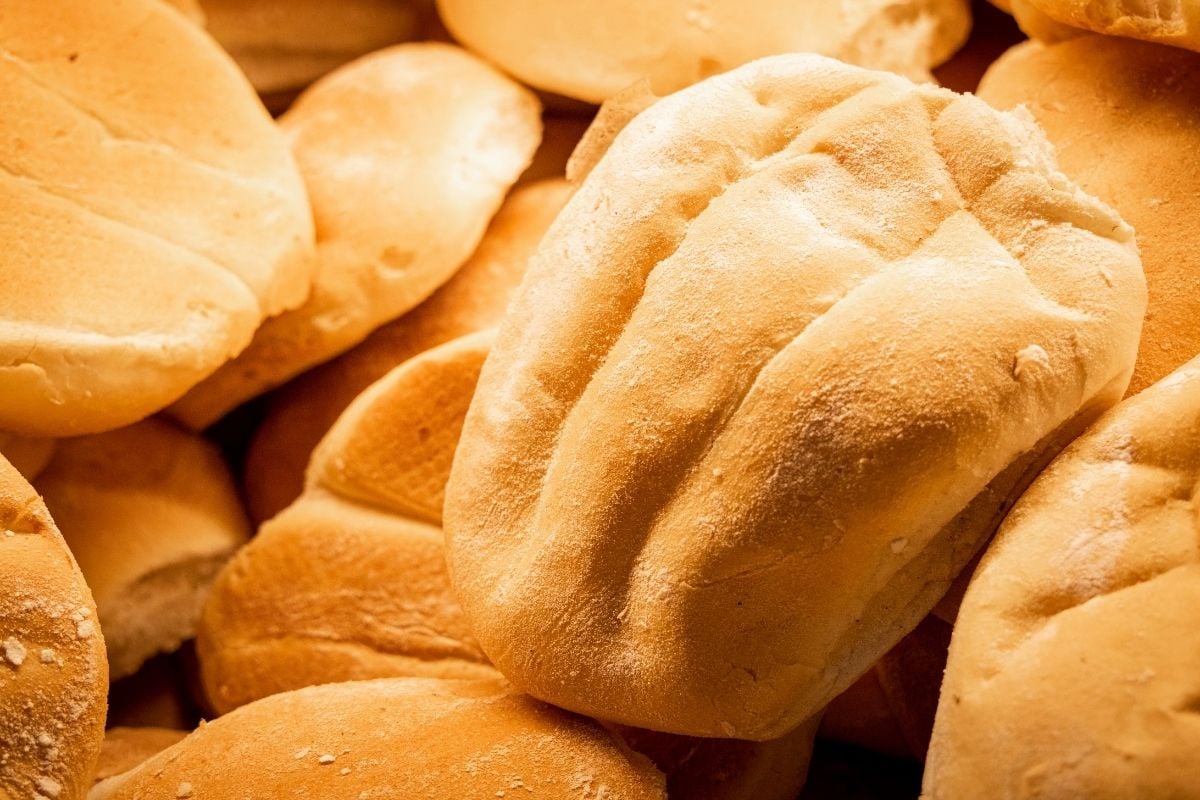 Finding the rolls a bit too crunchy for my liking, I left in a huff and puff for the next nearest establishment. At the next eating house, I requested the Fluffy Mexican Bolillo Bread I saw on the menu. When they were brought, I noticed that, unlike the bread rolls I had had across the street, these did not have a slit running down the middle.

I called the chef and asked him to explain how he had made them fluffy. Apparently, for them to turn out fluffy, you need to use instant raising yeast as opposed to the non-raising type, as well as shortening, either Crisco or lard. 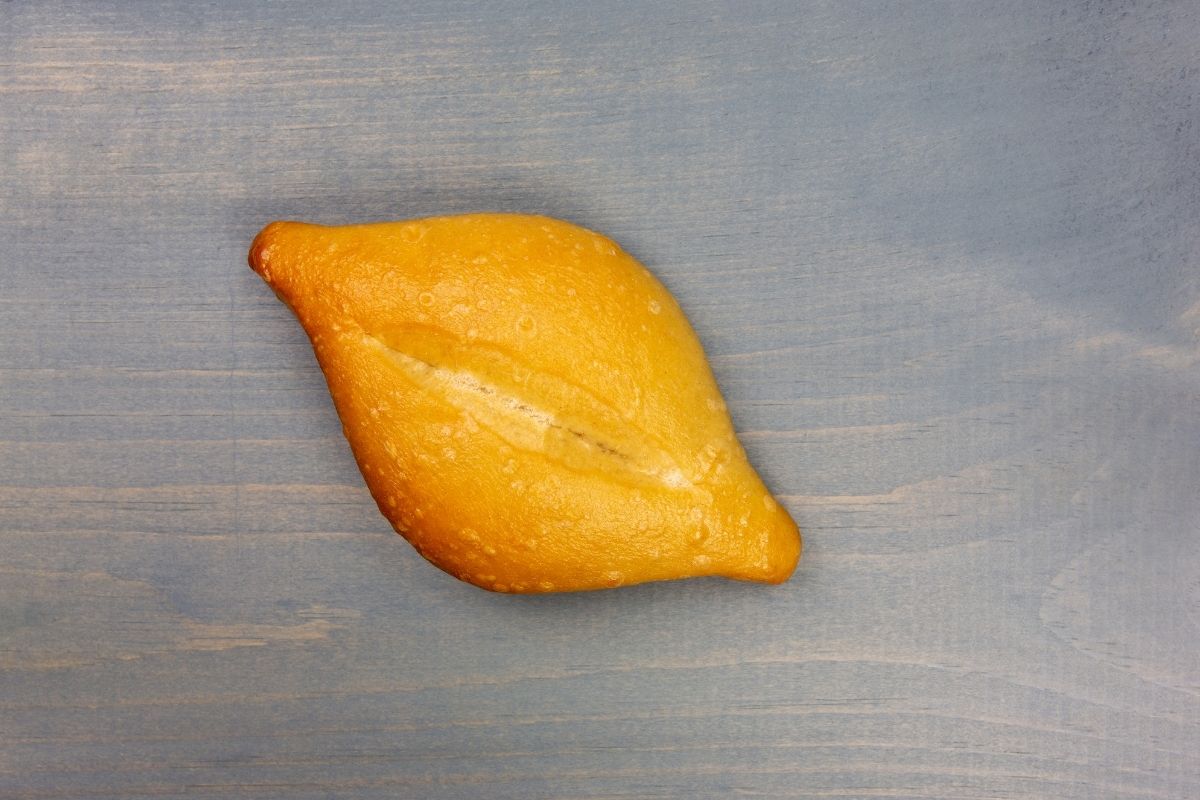 Still feeling far from sobering up, I was passing by a food truck when I saw an advertisement for Mexican Bolillo with Cream Cheese and Jalapeno.

Although I don’t usually buy from food vendors, I thought of trying Mamacita’s bolillo. After a few bites, though tasty, I felt blotty from eating the blotted Mexican Bolillo with Cream Cheese and Jalapeno. As such, I decided to ask Mamacita for information about its recipe.

Based on what she knew,  this stuffed with cream cheese and sliced, pickled jalapenos bolillo’s simple homemade recipe consisted of the usual ingredients of a traditional Mexican bolillo recipe. However, this one had additional special ingredients such as active dry yeast, veg shortening, an egg, and milk.

I had to find out more about the Traditional Mexican Bilollo recipe.

5. To start with, what in the Blazes is a Traditional Mexican Bolillo Easy Recipe 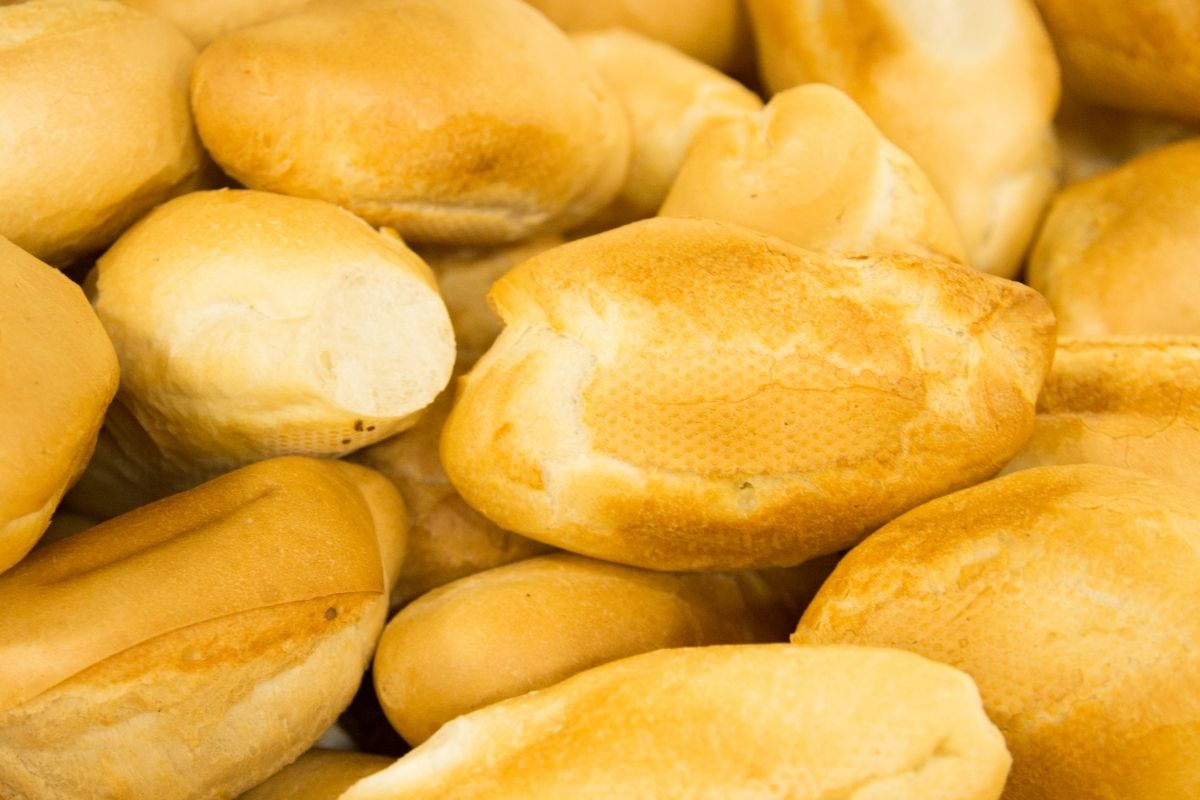 When preparing the Traditional Mexican Bilollo, Mama had lots of tips and tricks. The five I can still remember are a) don’t over mix the dough b)make sure you knead the dough for just six minutes c) always lightly spray the bolillos with water before you put them in the oven, d) active work in the recipe is just 25minutes plus 20 minutes for baking, e) allow most of the time to let the dough rise, which is what develops all the flavor in the bread.

Now that I had some more background info on the Mexican bolillo, I sought out more of its recipes. 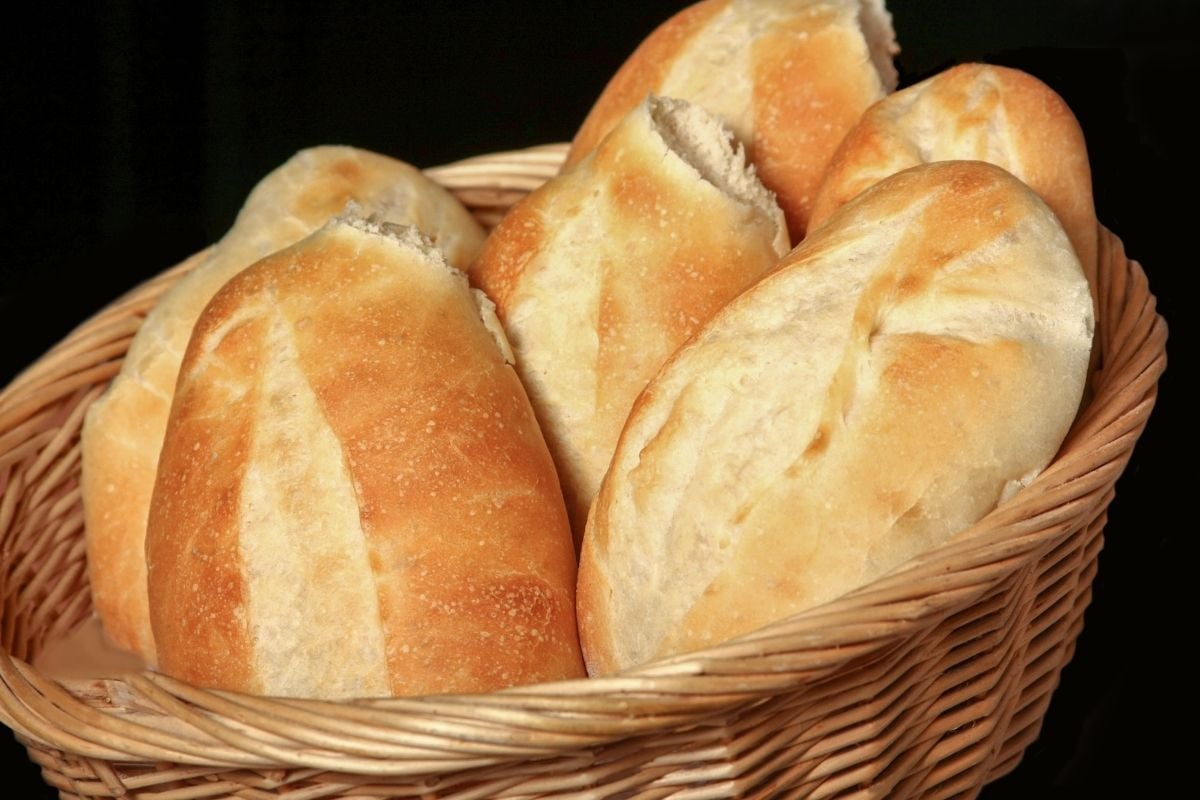 Entering yet another New Mexico establishment, I was surprised to see they had Easy Bolillo Sandwich Buns on the menu. I just had to try them out. So I ordered two.

Soft, crusty, fluffy, and flavorful, I just had to have the recipe.  Similar to some recipes already looked at, the ingredients of this recipe consist of dry active yeast, warm water, lard, honey, salt, and flour. I could not wait to try it once I got home. 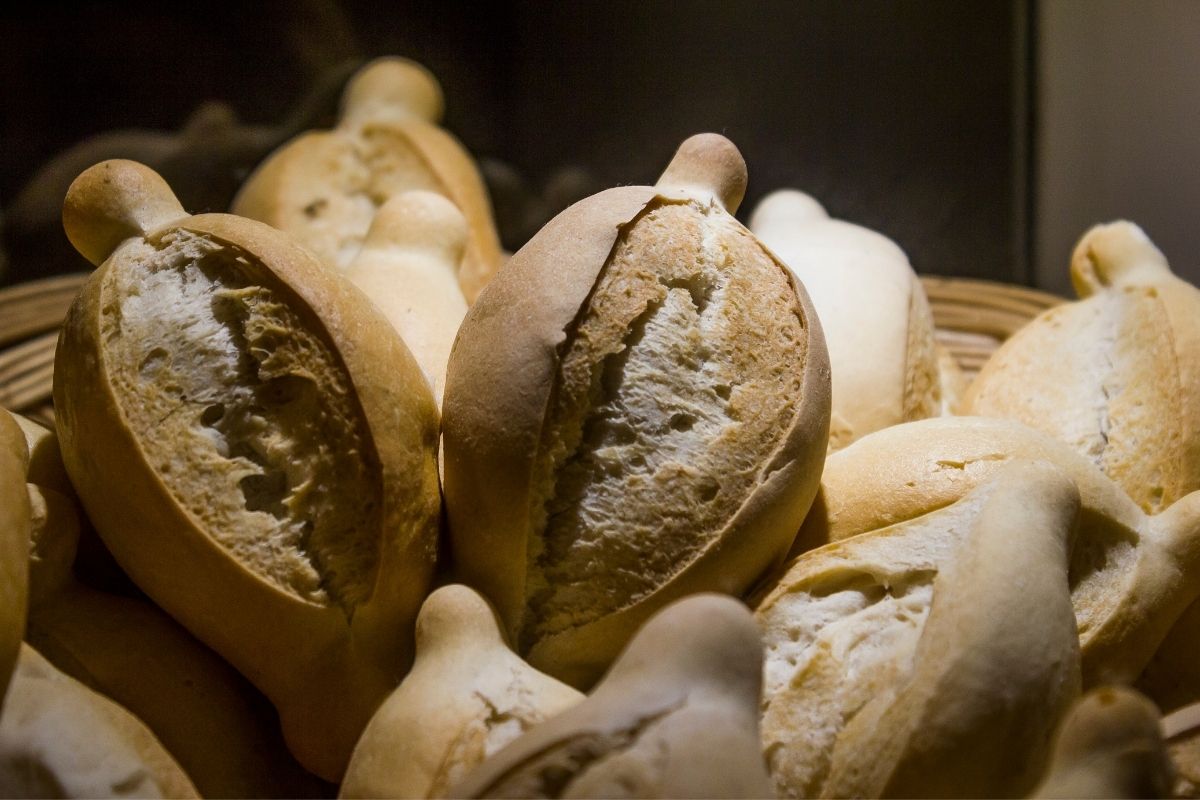 Depending on your ingredients and method of baking them, it appears Mexican Bolillos have different textures. These range from fluffy to soft to crusty.  Thus, to make crusty oval rolls, for instance, you will need cornstarch, shortening, honey, and a package of active dry yeast.

This is in addition to the usual ingredients of warm water, salt, and flour. Bake your prepared dough until your rolls are brown and sound hollow when tapped. Serve warm and fresh from the oven.

Speaking of bolillos, it appears they don’t always have to be baked in an eating establishment only. Why not take the time to make some… 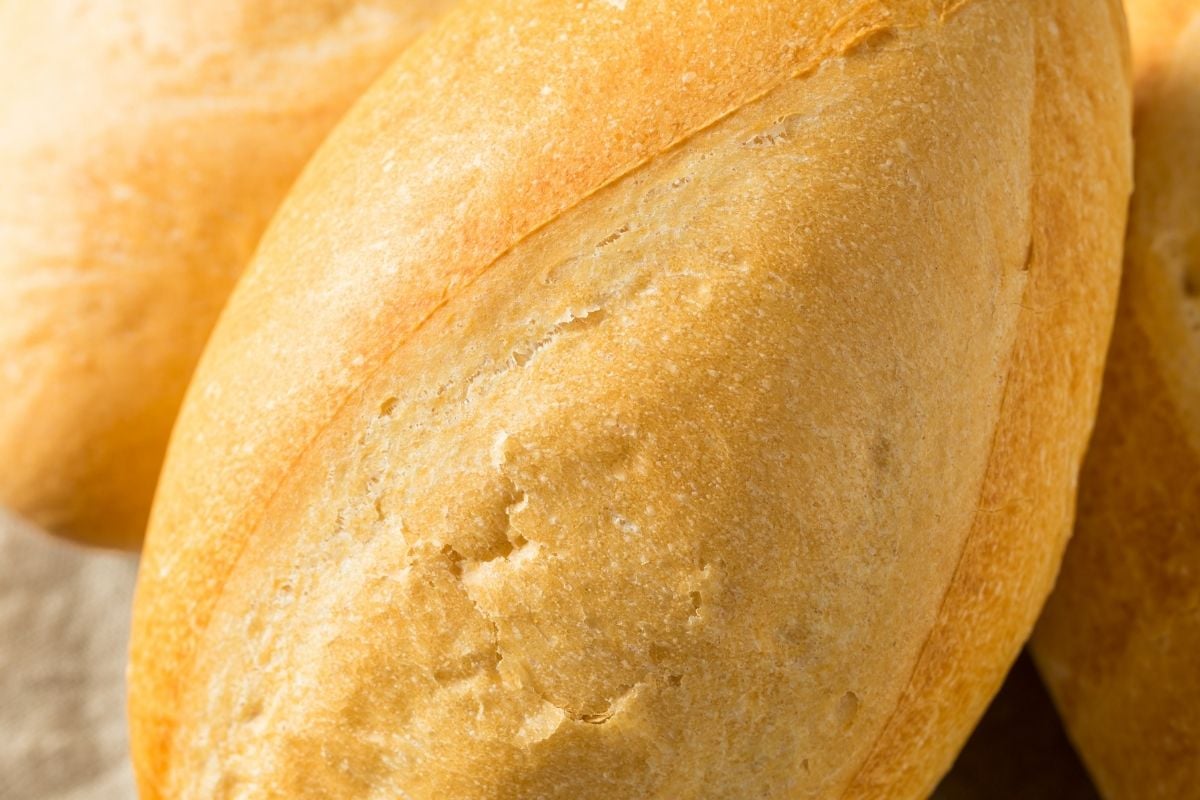 Its ingredients comprise the all too familiar all-purpose yeast, sugar, salt, and vegetable oil. Bake your dough mixture at 400-degrees Fahrenheit and enjoy the outcome.

9. By the way, is Birote Mexican Bolillo by another name Birote? From New World Sourdough Recipe 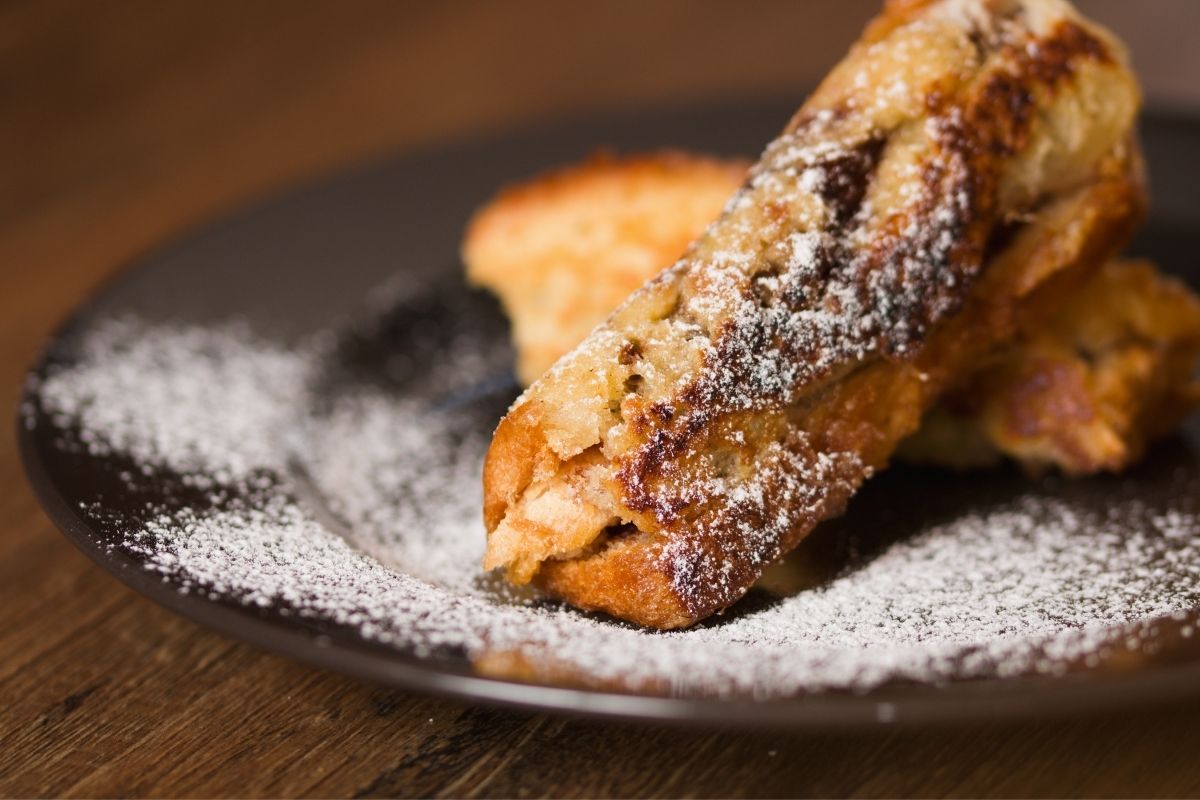 Sobered up some, I entered my ninth Mexican restaurant and ordered two Mexican Bolillos and a bowl of soup. You can imagine my surprise when the waiter then called out, “Okay, two Sourdough bites coming up!”. “You mean two bolillos, surely?” I corrected.

Aside from light beer, levain, and lime, most of the ingredients were the same as those of what I now knew to be the norm for Mexican Bolillo! Before going back into the kitchen, Chef Bryan advised that the Birote from New World Sourdough was best stuffed with savory fillings and drenched in spicy salsa. And so, when my order for two birotes finally came, that is exactly what I did.

Now that I knew that Mexican Bolillos were Birotes by another name, I went in search of birotes and, where possible, collecting their recipes. 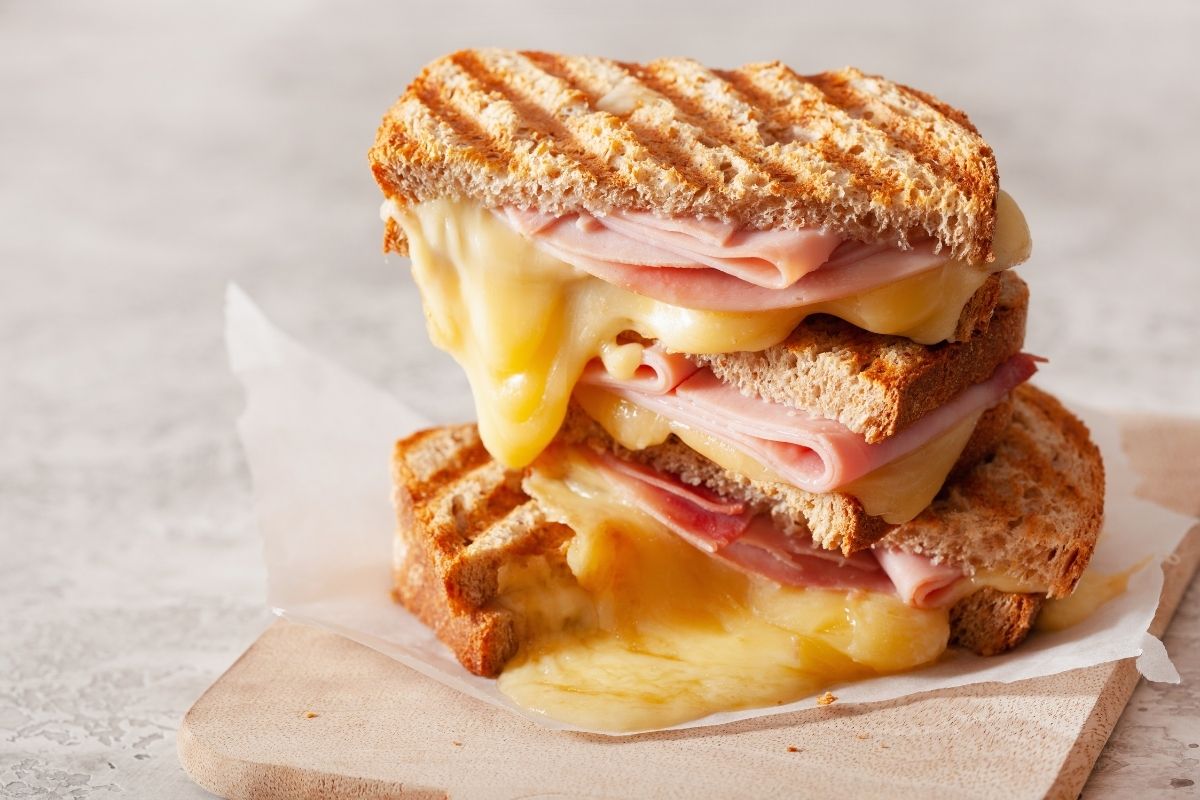 Entering Cartina Caceres in Miguel Street, I was pleasantly surprised to find they had La Panaderia’s Birote Bread on the menu. Upon asking the chef for the recipe for this delightfully delicious birote, you can imagine when, to my pleasant surprise, reminiscent of the bolillo recipes, the usual suspects turned up even here. To make La Panaderias birote bread, you need wild yeast, organic baker’s flour, water, olive oil, and the rest, as they say, is history.

Enjoy this chewy birote with a hot drink or soup, depending on the time of day and the occasion.

11. How about Recipes with Mexican Bolillos like the Chicken Nugget Torta? 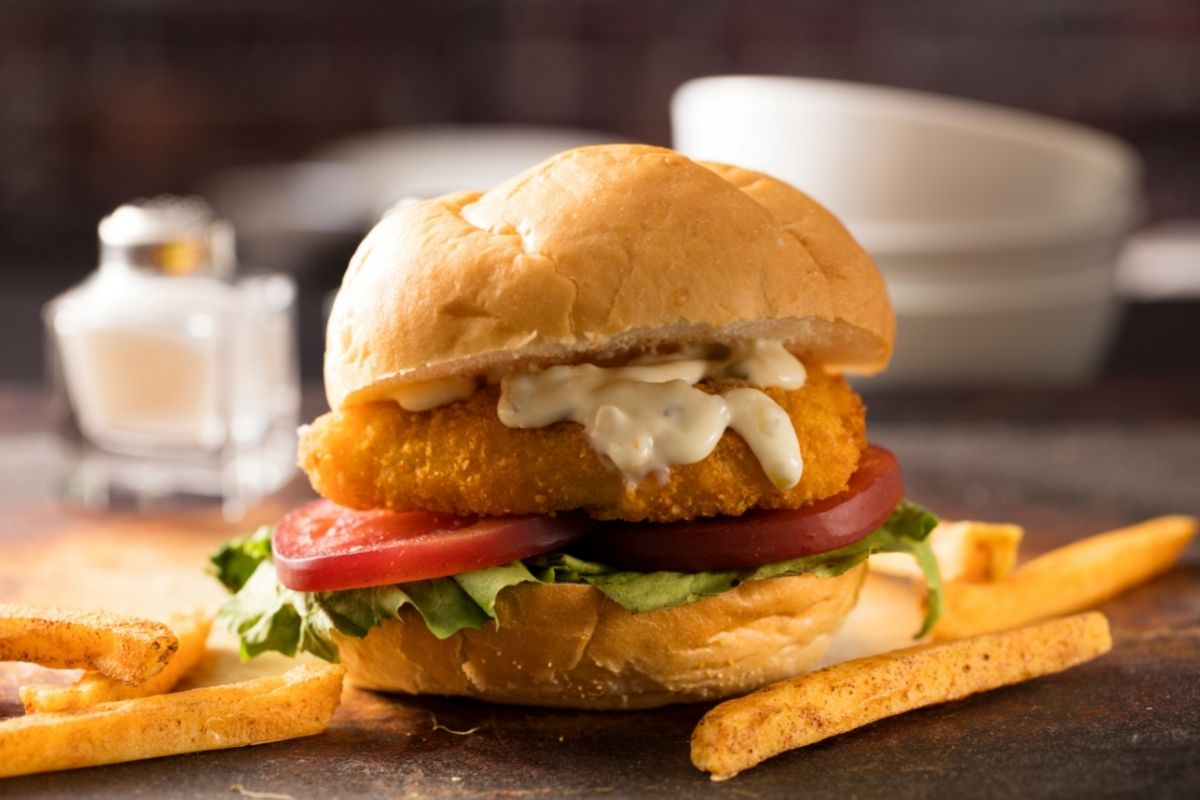 After visiting 10 eateries and coming across more or less the same  Mexican Bolillo recipes, I thought of looking at recipes with Mexican bolillos as an ingredient/ accompaniment. Given the rapport I had struck with Mama, she was only happy to see me and share a recipe with Mexican bolillos in it. She suggested her favorite, the Chicken Nugget Torta.

She advised first warming up some chicken nuggets. Then cutting one bolillo vertically in half and spread yellow mustard on one side. Adding tomatoes,  lettuce, five chicken nuggets, and avocado. An option is also putting sliced and pickled jalapenos. Savor with milk or drinkable jogurt.

12.  Did you say Leornardo Mexican Bolillo in Capirotada Recipe 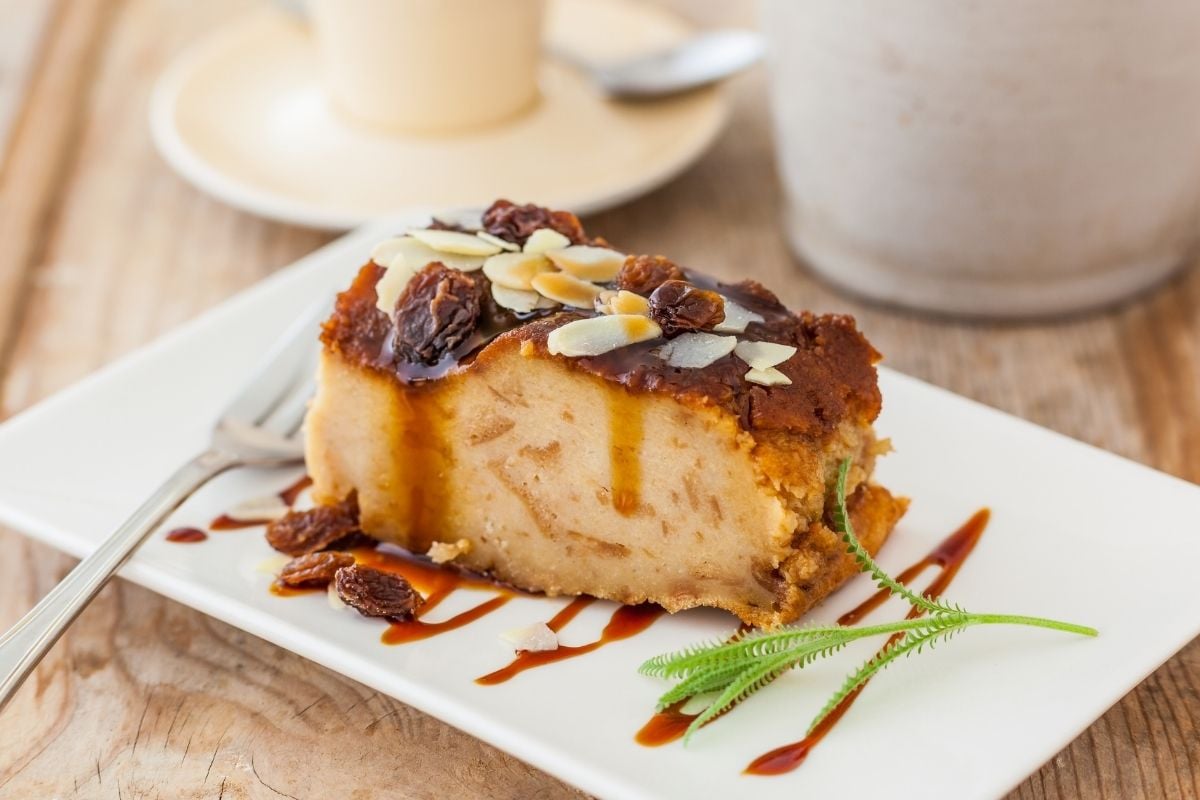 Since bolillo is widely consumed in Mexico, it’s no surprise that it is present or an ingredient in other recipes such as Capirotada, for instance. Capiro is a scrumptious Easter dessert that is prepared with peanuts, cheese, and fried bread (bolillo) mizzled with a flavored piloncillo syrup, resulting in a kind of bread pudding. In places like Mexico’s Jalisco, the bread used is bolillo.

13. And which bread is used in Budin de pan or Bread Pudding Buddy? Mexican Bolillo, of course! 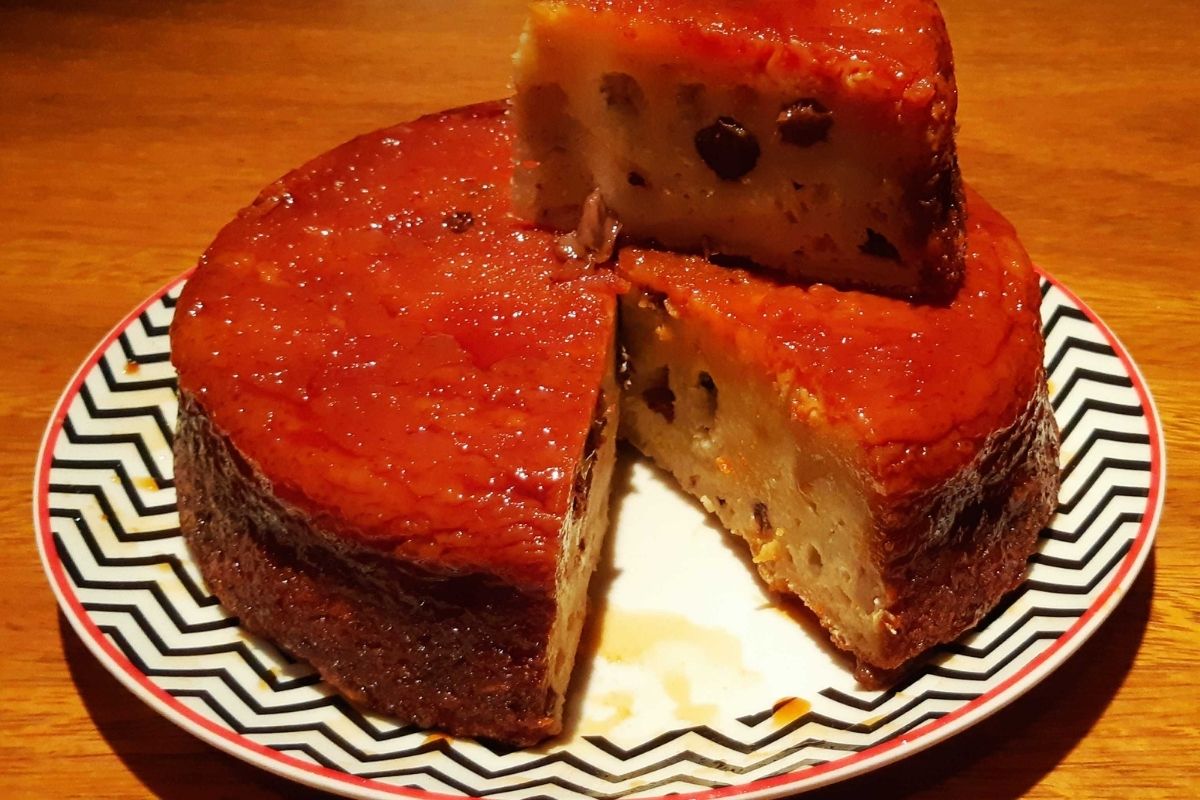 Budin de pan or bread pudding in English is just the right dessert to serve after a hearty meal. It has its origins in England and has many variations. In the Mexican version, it is customarily prepared with bolillo rolls, raisins, and other fruits.

It is then drizzled with Mexican caramel, condensed milk, or toppings of fruit syrups like peach and pineapple. 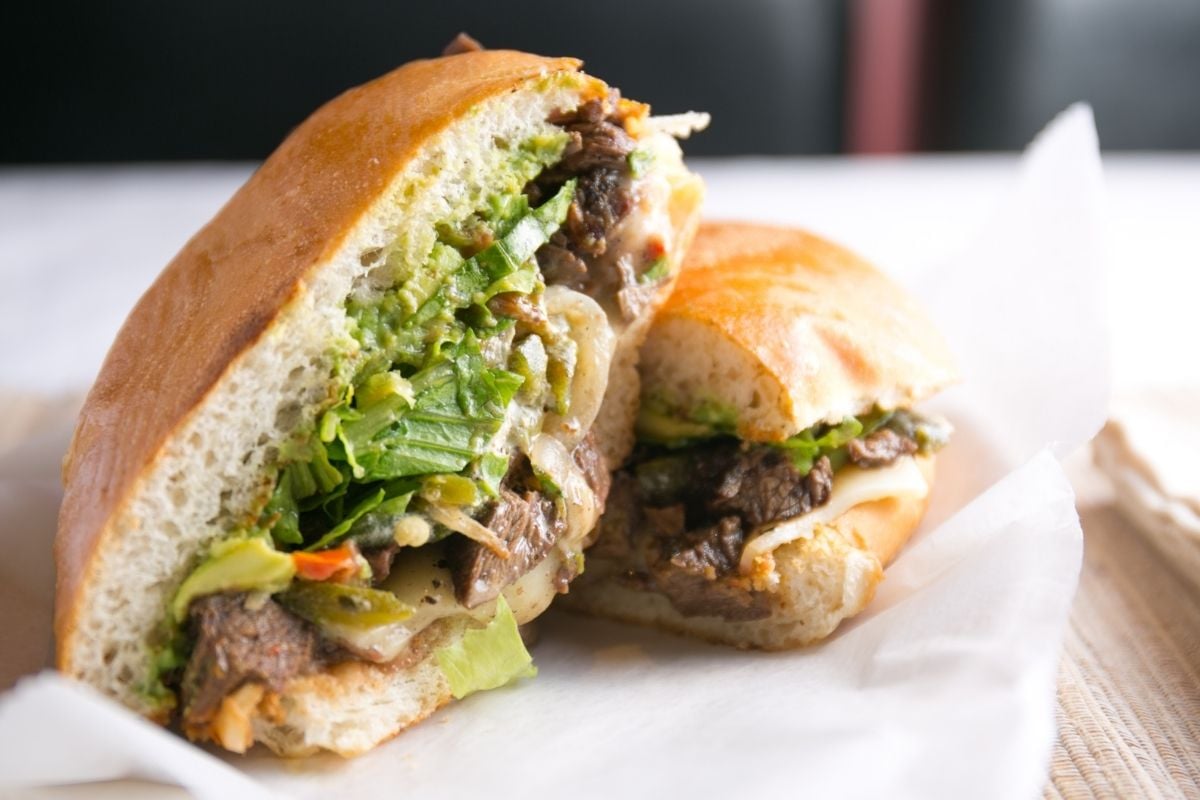 The next recipe involving Mexican bolillo I came across is a vegetarian’s delight. Actually, it’s a vegetarian sandwich-Black Tortas with Sauteed Cremini Mushrooms (layered on Mexican Bolillo Rolls). This quick and easy torta/sandwich can be painlessly made in a jiffy.

Layer choptle mayo on bolillo rolls and top with pureed Goya black beans and sauteed cremini mushrooms. To go all out vegetarian, add avocado slices, diced Jalapeno peppers, and onions. This recipe is great for both lunch and dinner. 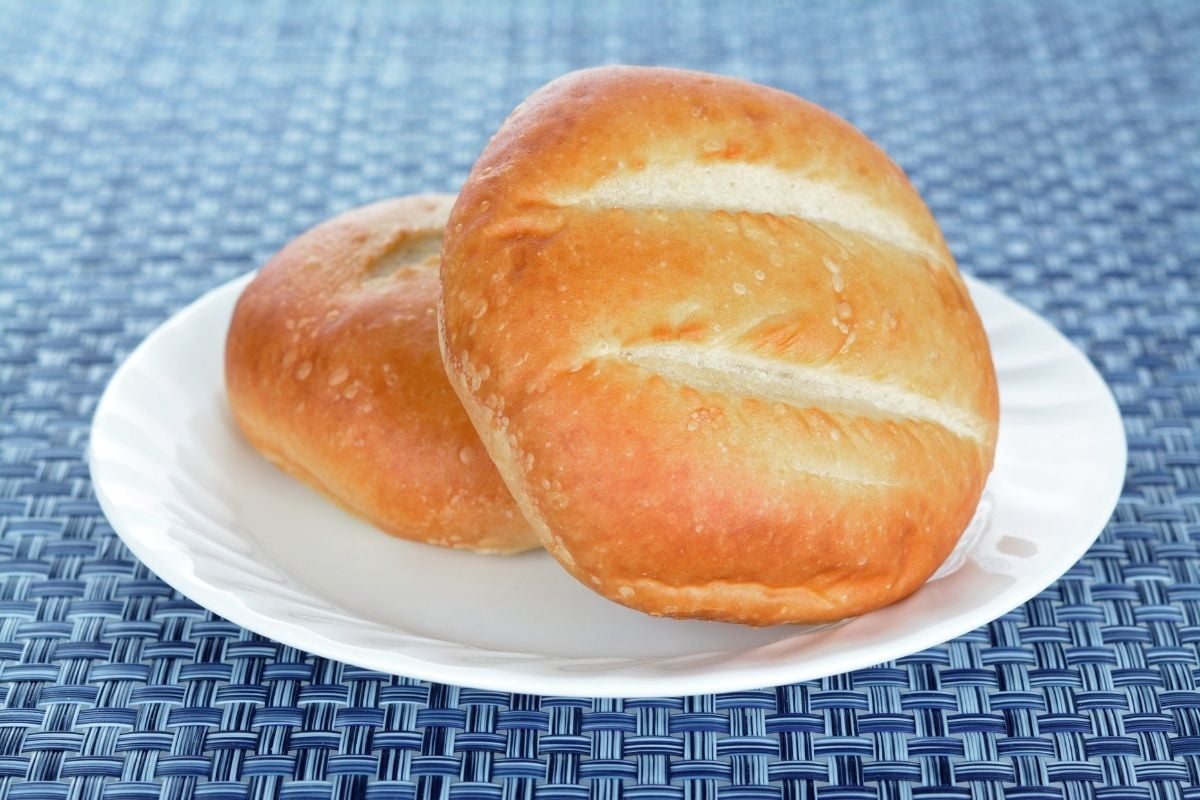 As luck would have it, the next recipe I came across was another vegetarian’s delight-but this time, it involved birote. Fortunately for me, it also came with a birote recipe explaining in detail how to make this crusty chewy bread, Birote from the Guadalajaran region. In addition to the usual bolillo/birote suspects, this birote is made with lime juice, beer, and eggs.

In the spirit of the original recipe, the recipe requires a pre-ferment period of six hours. Add the lime juice and egg as you are kneading. Apparently, lime juice helps the traditional yeast ingredient work and lends softness to the bread.

Too much lime will, however, kill the yeast! So be very careful how you use your lime. ” Honey, is that you?” I turned around to find Wifey standing behind me. By that time, of course, I was as sober as a judge, thanks to Mexican bolillos/birotes.