This recipe is a traditional mashed potato but was taken to a new level. Read this article about Loaded Mashed Potato Casserole that you loved so much. 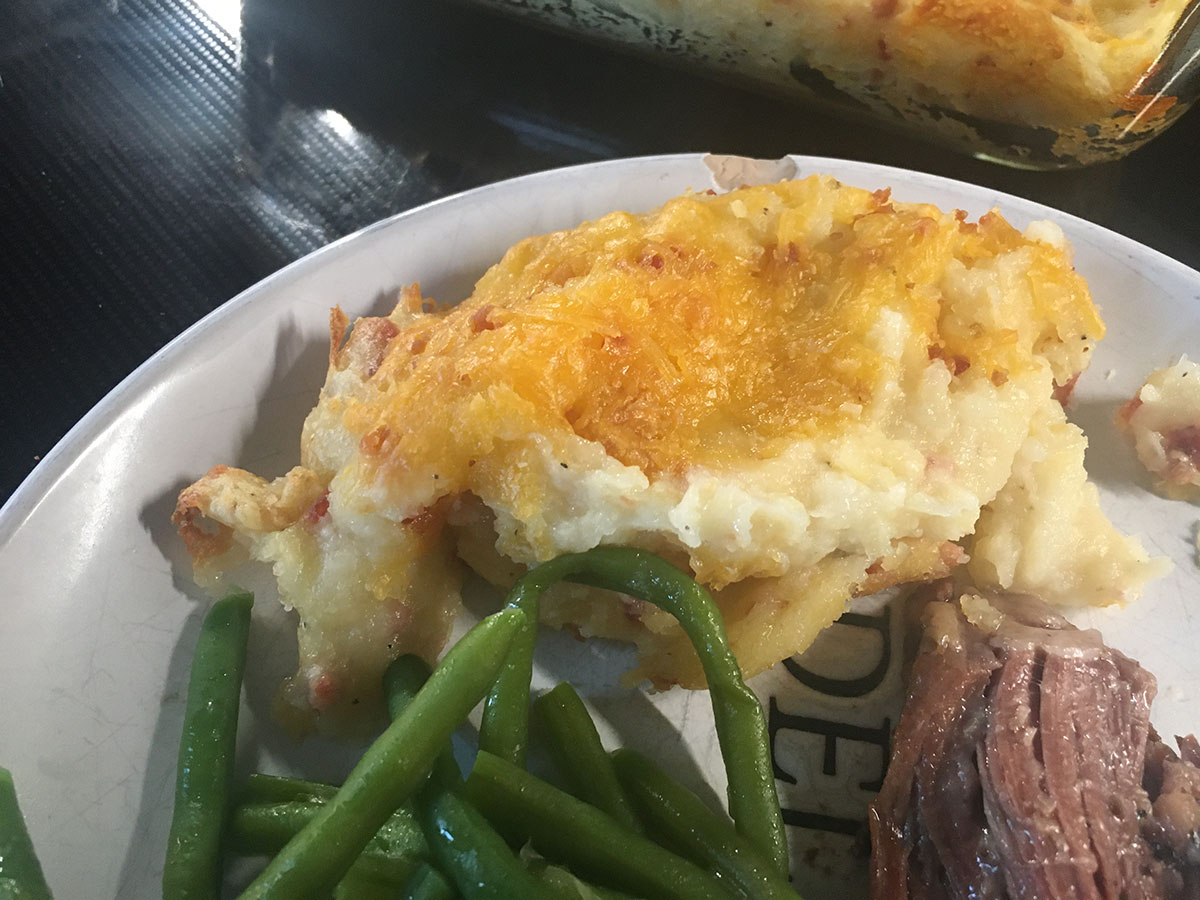 If you need a great recipe for a dish to take to a potluck or family holiday dinner, this is the one. Of course, our recipe is scaled to a single family meal. However, if you are going to feed a crowd, you can double the recipe to make a huge 9 by 13 pan of Loaded Mashed Potato Casserole. When you put the pan on the buffet table at Grandma’s house, you had better step back quickly. The family will quickly crowd around and empty the whole dish, one spoonful at a time. 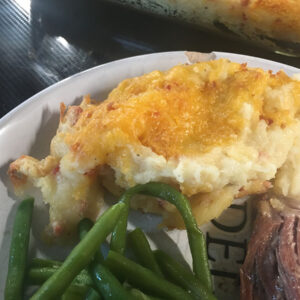 The recipe starts the same way that traditional mashed potatoes begin. You will boil some potatoes and mash them with a potato masher. You can mash them fully so they are smooth and creamy or you can leave some larger chunks in the mixture. Then, you will stir in most of the ingredients, including several savory ones to add to the flavor profile. The mixture is baked for a bit before you add a final topping of cheese and bacon bits. 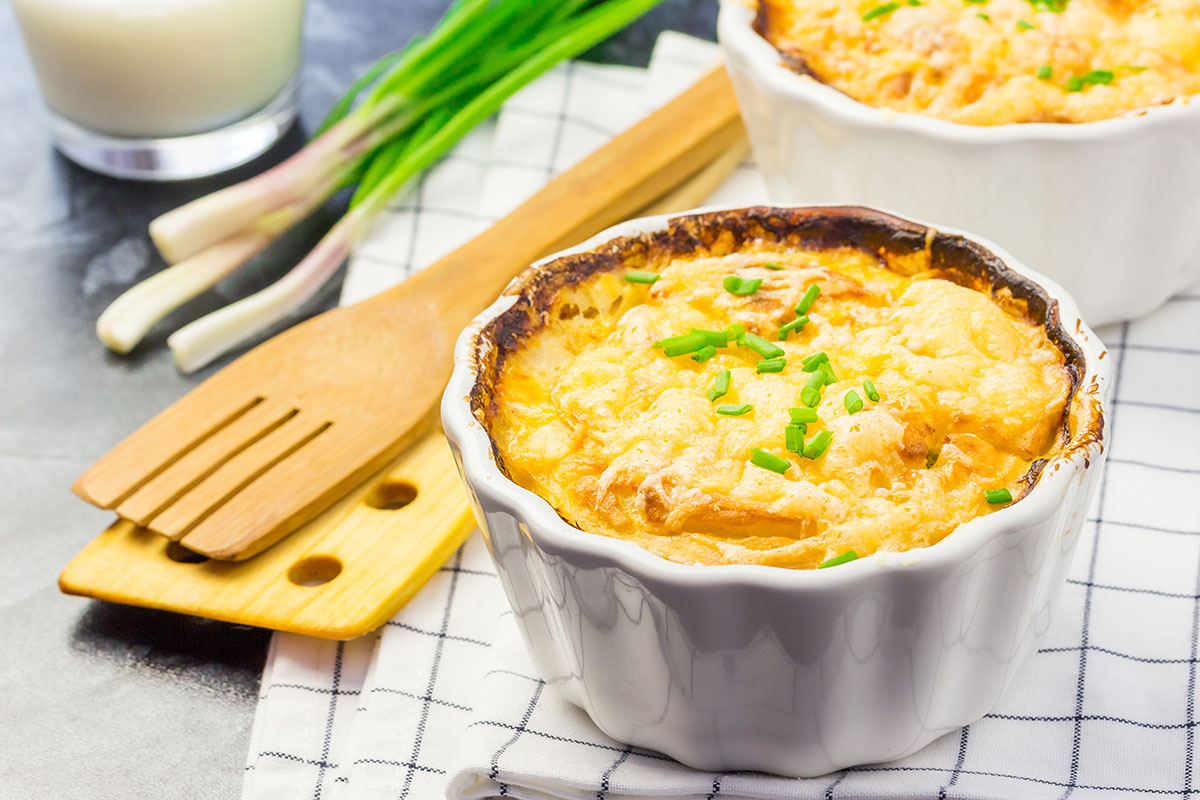 A really great thing about this recipe is that you do not have to cook it the same day that you want to eat it. You can prepare this dish a day or two ahead of time. When cooking ahead, do not add the final layer of cheese and bacon bits. Cover the pan with a lid and store it in the refrigerator. When you are ready to eat the casserole, take off the lid and bake it as directed, adding the cheese and bacon bits for the last five minutes of bake time. One thing to keep in mind when you are preparing this dish is that this recipe really does need russet potatoes. Other kinds of potatoes just won’t work. The reason for this is that the russets have the highest levels of starch of any of the potatoes. This extra starch means that the potatoes cook until they are ready to fall apart. When cooked, these potatoes have a mealy texture. Later, when you mash the cooked potatoes, they will whip up nice and fluffy. Other kinds of potatoes will not be as fluffy and light when mashed. If you want to adapt this recipe to appeal to your own tastes, that is definitely an option. If you want to add extra onion, chives, or garlic, that will change the flavor, but it will still be great. Also, instead of bacon, you can add cooked diced ham to the recipe if you want. For a vegetarian version of this recipe, feel free to leave the meat out altogether. In fact, this is an excellent side dish to adapt, if you are cooking for a vegetarian family member, or if you are vegetarian yourself. Most people won't care that bacon or ham is missing because the potatoes are so delicious. Those who follow special diets really do enjoy making food that the whole family can enjoy together.
Keyword Loaded Mashed Potato, Loaded Mashed Potato Casserole Recipe, Mashed Potato Casserole, Potato Casserole Recipe